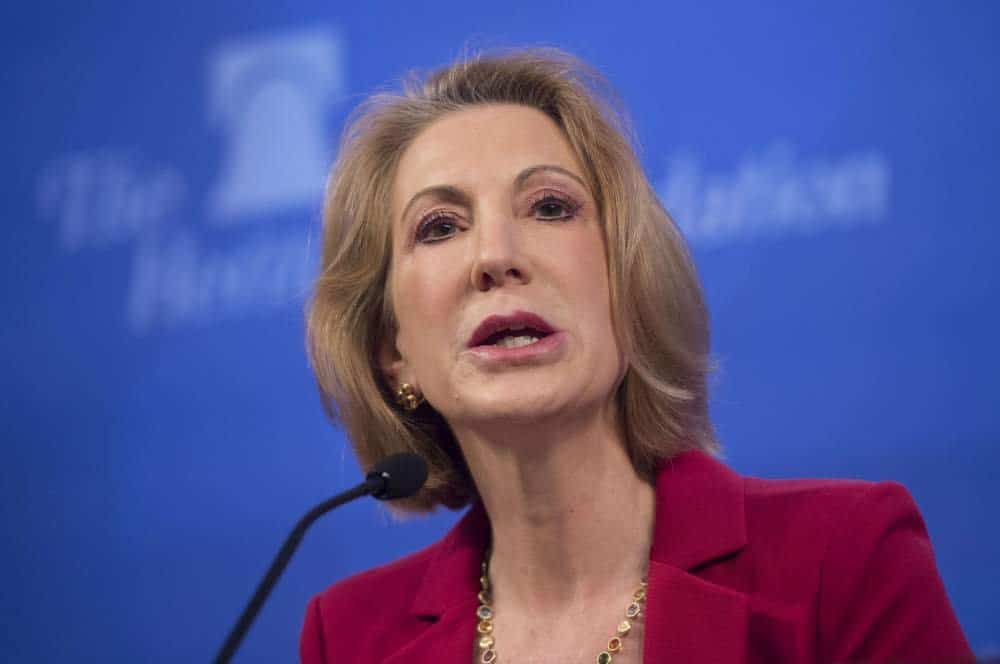 Carly Fiorina About To Jump Into Presidential Race

The announcement by Ted Cruz that he was officially joining the race for President of the United States seems to have started a mini land-slide. The Republican presidential field was already considered plenty full, even if Cruz was the only one who had officially announced. Now that field might be getting one more; Carly Fiorina. Fiorina, who is considered a moderate Republican mainly because she’s from the state of California is best known for her stint as the CEO of Hewlett-Packard.

According to the Washington Post, the former tech exec has come out this weekend with the statement that her chances of running for the 2016 Presidential nomination are “very high“. In fact, Fiorina claims she is “more than 90 percent sure” she is going to jump into the race. What does the businesswoman have going for her that would put her front and center? Carly Fiorina claims she has a “deep understanding of how the economy actually works, having started as a secretary and become the chief executive of the largest technology company in the world“.

It seems likely that Fiorina also sees herself as direct competition to the assumed front runner on the Democratic side of the aisle. Hilary Clinton has been all but anointed as the Democratic nominee. If Fiorina could win the Republican nomination, it would obviously be the first time two women faced off for the presidency of the United States and Fiorina could pluck the female voters Clinton would need to win.