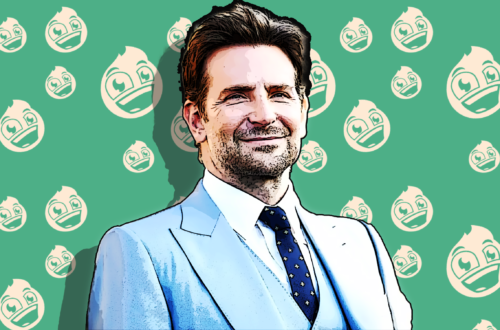 Born on January 5, 1975, Bradley Cooper is one of Hollywood’s most recognizable and influential people. On top of his acting career, Cooper is also a writer, producer, and director that has been responsible for critically acclaimed and financially successful films. This includes smaller projects such as “Silver Linings Playbook,” which was beloved by critics, as well as blockbusters like “Joker” and “Guardians of the Galaxy” that made hundreds of millions at the box office.

What is Bradley Cooper’s Net Worth?

These days, it is estimated that Bradley Cooper is worth $100 million thanks to his A-list status in Hollywood, which has landed him leading roles in blockbuster films such as “The Hangover,” “American Sniper,” and “A Star is Born.” Some of Cooper’s highest earnings come from being the voice of Rocket Racoon, which earned him $1.5 million for the first “Guardians of the Galaxy” film, and his salary for the role has increased yearly as a result of the franchise’s success.

Who is Bradley Cooper?

Bradley Cooper was born in Philadelphia, Pennsylvania, in the suburb of Abington Township, on January 5, 1975, to parents that weren’t precisely Hollywood types. Cooper’s father worked as a stockbroker at financial giant Merrill Lynch while his mother was part of Philadelphia’s NBC affiliate. At a young age, Cooper was more interested in cooking and playing basketball but wanted to get into acting while at Germantown Academy.

Following high school, Cooper attended Villanova University and Georgetown University, where he honed his acting skills. Even after getting his start as an actor, Cooper continued to take acting classes and was working odd jobs that helped him meet the likes of Robert De Niro, whom he would go on to work with on the big screen to live out his acting dreams.

-Bradley Cooper made his on-screen acting debut in 1999 when he appeared on an episode of “Sex and the City” as Jake. The following year, Cooper had a bit role in the television movie “Wall to Wall Records” and then got his big break by starring in his first big screen (albeit low budget) movie, “Wet Hot American Summer” in 2001 as Ben, as well as the J.J. Abrams television series “Alias” as Will Tippin.

-In terms of his movie career, Bradley Cooper really launched into star status when he started taking on supporting roles in comedies such as “Wedding Crashers,” “Failure to Launch,” and “Yes Man” during the late 2000s. The first true leading role for Cooper came with the breakout hit “The Hangover,” which quickly led to Cooper achieving A-list status in Hollywood. “The Hangover,” which was released in 2009, spawned two sequels that were released in 2011 and 2013.

-Since 2014, Bradley Cooper has been the voice of Rocket Racoon in the Marvel Cinematic Universe. There have been a total of five films with Cooper lending his voice to the hero. The role is responsible for Cooper’s highest-grossing movies to date, taking five of the top six spots. The other is from 2014, when Cooper starred as real-life veteran Chris Kyle in the film “American Sniper,” which grossed over $350 million at the box office.

-Bradley Cooper has been nominated for four individual Academy Awards thus far but has yet to win an Oscar. His first nomination came in 2013 for his role in “Silver Linings Playbook” as Best Actor. It was then nominated for the Academy Award for Best Supporting Actor the following year for “American Hustle.” 2015 marked a third straight nomination year, this time for Best Actor in “American Sniper” and most recently in 2019 for “A Star Is Born.” Cooper also has five nominations for his work behind the scenes, landing four Best Picture nominations (including “Joker” and “Nightmare Alley”) as well as Best Adapted Screenplay.

-Interestingly enough, Bradley Cooper won a Grammy Award for his musical work before winning an Oscar for acting. In 2019, Cooper was nominated for Record of the Year, and Best Pop Duo/Group Performance for the song “Shallow” off of the “A Star Is Born” soundtrack. Cooper and Lady Gaga would win the latter category, and the following year they were nominated again for Best Compilation Soundtrack for Visual Media.

-Since his big-screen career took off, there haven’t been many television roles for Cooper after his time on “Alias” ended. Cooper had a recurring role in “Nip/Tuck” to close out the 2000s, and since then has only had a couple of voice appearances as Rocket Racoon and has had a pair of appearances on “Saturday Night Live.” In 2015, Cooper reprised his role as Ben for the streaming series “Wet Hot American Summer: First Day of Camp.”

What’s Next for Bradley Cooper?

After achieving so much in Hollywood, Bradley Cooper has been able to be very selective about what roles he takes on. Also, voicing Rocket Racoon is pretty easy work that doesn’t require a lot of travel and pays exceptionally well.

Cooper has a pair of Rocket-related roles coming up with a “Guardians of the Galaxy” television special scheduled for late 2022 and a third film in the franchise set to release in 2023. Outside of that, Cooper will be directing and playing the lead role of Leonard Bernstein in the biopic “Maestro” alongside Maya Hawke.

What is Bradley Cooper’s Net Worth?

How much money does Bradley Cooper earn?

How tall is Bradley Cooper?

How old is Bradley Cooper?

When is Bradley Cooper’s birthday?

What is Bradley Cooper Net Worth?

How much money does Bradley Cooper earn?

How tall is Bradley Cooper?

How old is Bradley Cooper?

When is Bradley Cooper birthday?