“Jack and Jill” and “Humpty Dumpty” bring back great childhood memories. And today children still skip in circles and jump to the floor while singing “Ring Around the Rosey.” All across the world little kids are still learning and singing nursery rhymes from hundreds of years ago. And It might be hard to believe that the history of these famous songs is dark, some covered in blood. Mary’s garden had no flowers in it. Mother Hubbard wasn’t a little old lady who was trying to find a bone for her dog. And the mice weren’t three blind trouble-makers trying to stir things up on a farm.

Read the gruesome history and historical relevance of these nursery rhymes below.

Jack and Jill Ran Up the Hill 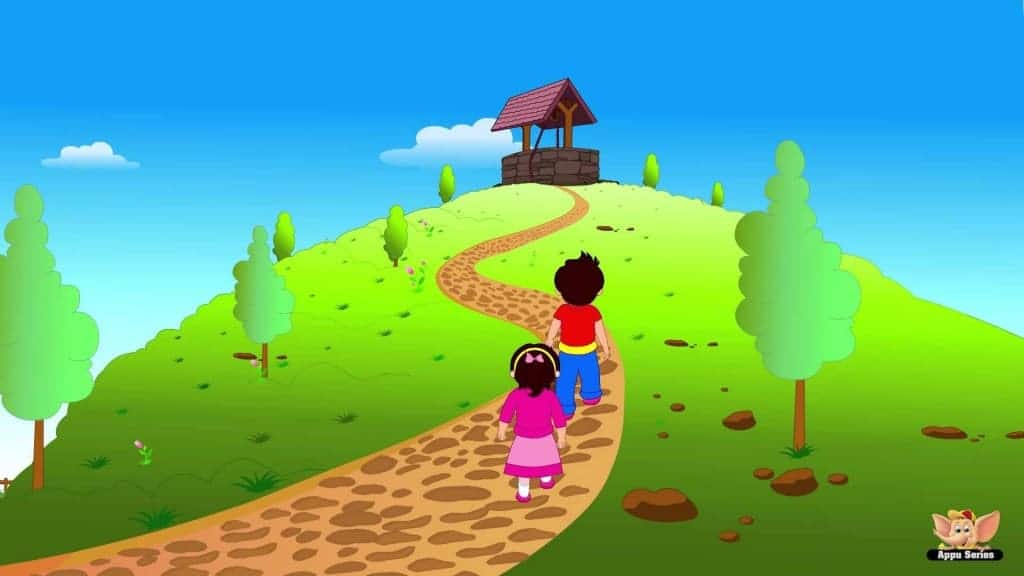 Jack fell down and broke his crown

And Jill came tumbling after.

Up got Jack, and home did trot

As fast as he could caper

He went to bed and bound his head

With vinegar and brown paper.

Sounds like Jack had an accident and Jill came to help. But the characters Jack and Jill are actually said to be King Louis XVI and his wife, Marie Antoinette. They were both sent to the guillotine in 1793, which is referenced in the nursery rhyme. Jack “lost his crown” (was beheaded), and Jill’s execution followed, as she “came tumbling after.” It is believed that a “happier” ending was put on the nursery rhyme to make it acceptable for children. 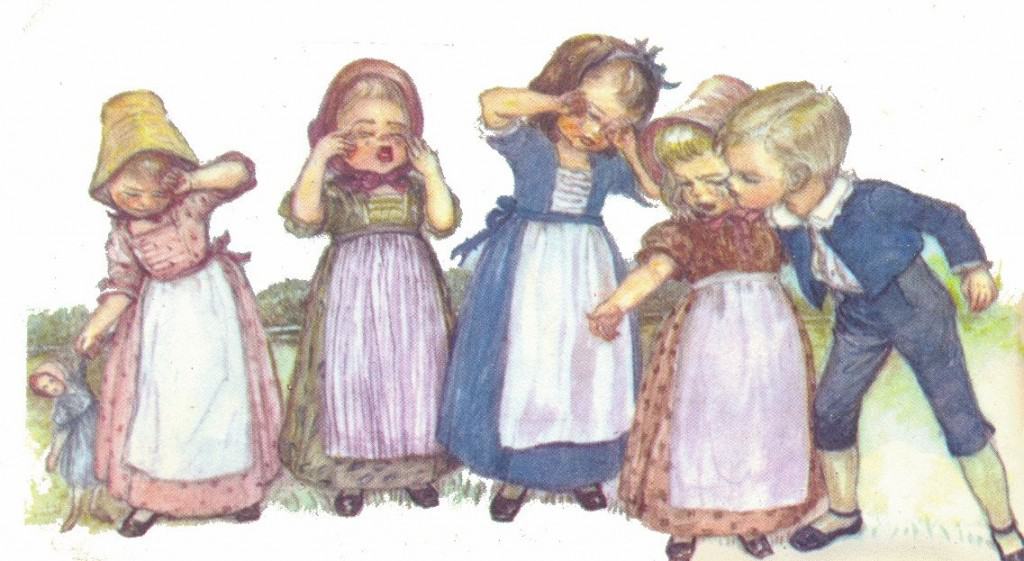 Kissed the girls and made them cry

When the boys came out to play,

This nursery rhyme sounds like it’s about a pudgy, cherub-faced little boy who ran around the playground trying to plant one on the girls. But “Georgie Porgie” isn’t about a little boy at all. In fact, it’s believed that the song is about the bisexual 1st Duke of Buckingham, George Villiers, who had sexual relationships with both King James I and an Anne of Austria (who was married and Queen of France at the time). Some claim “Georgie Porgie pudding pie” was quite obese, hence the “kissed the girls and made them cry” part.

Ring Around the Rosey 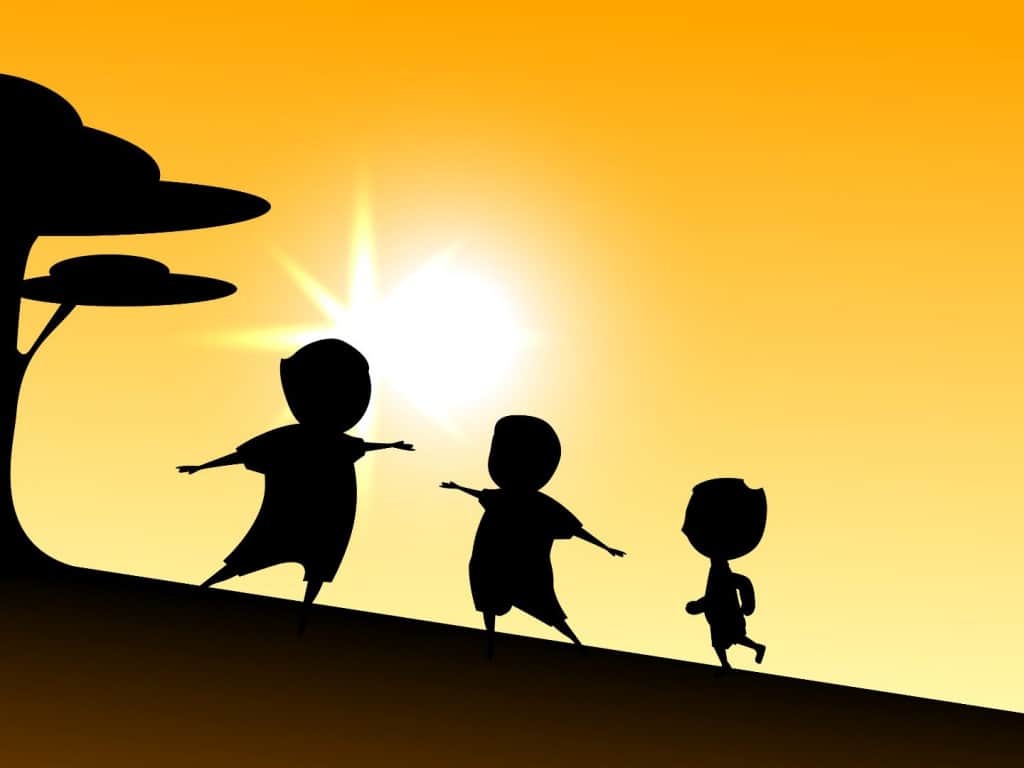 Ring around the rosy

A pocketful of posies

We all fall down

“Ring Around the Rosy” dates back to when the Bubonic Plague hit England in 1665. “Ring around the rosy” refers to the typical plague symptoms, the circular (ring) shape of a red (rosey) rash on the skin. It was a common belief during that time that diseases were transmitted through bad smells, so people often held little pouches that contained herbs or flowers (posies) to their nose and avoided inhaling the bad air. “Ashes, Ashes” refers to the remains of cremated victims or possibly those who burned in the Great Fire of London in 1666. Of course we know why they “all fall down!” 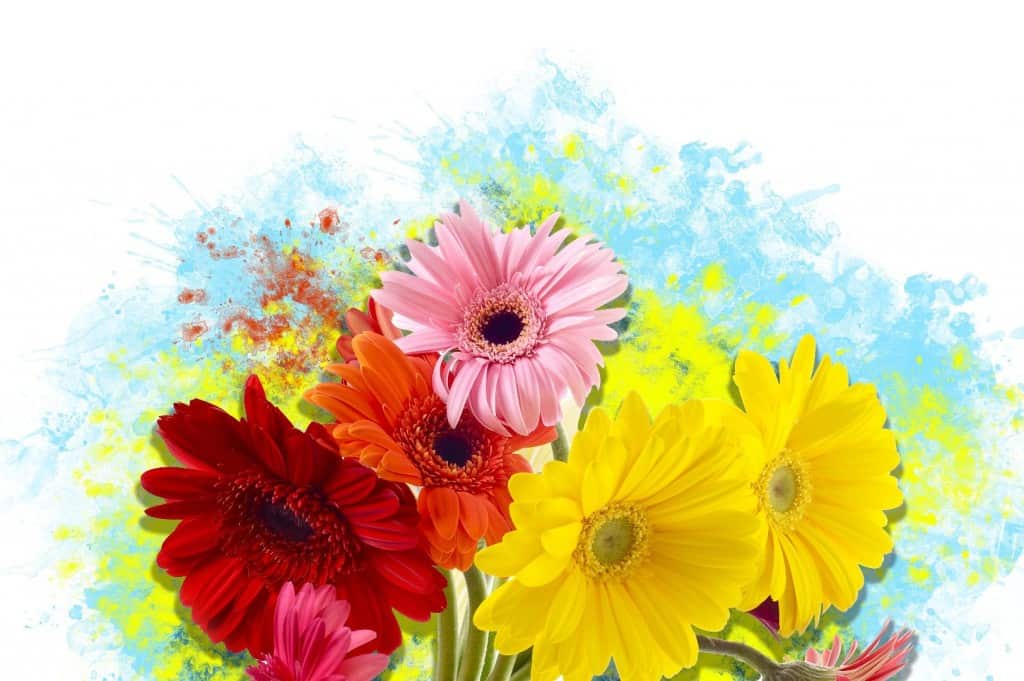 How does your garden grow?

With silver bells and cockle shells

And pretty maids all in a row

Mary Tudor, daughter of King Henry VIII, is the subject of this nursery rhyme, and they didn’t call her “Bloody Mary” for no reason. A devoted Catholic, Mary was quite contrary with Protestants and would have them beheaded for being a threat to the Catholic church. Her ‘garden’ (graveyards) grew with dead bodies after the ‘silverbells’ and ‘cockleshells’ (torture devices) were used. A guillotine was once called the “maiden,” hence the “pretty maids all in a row.” Not the sweet English garden the nursery rhyme brought to mind in childhood! 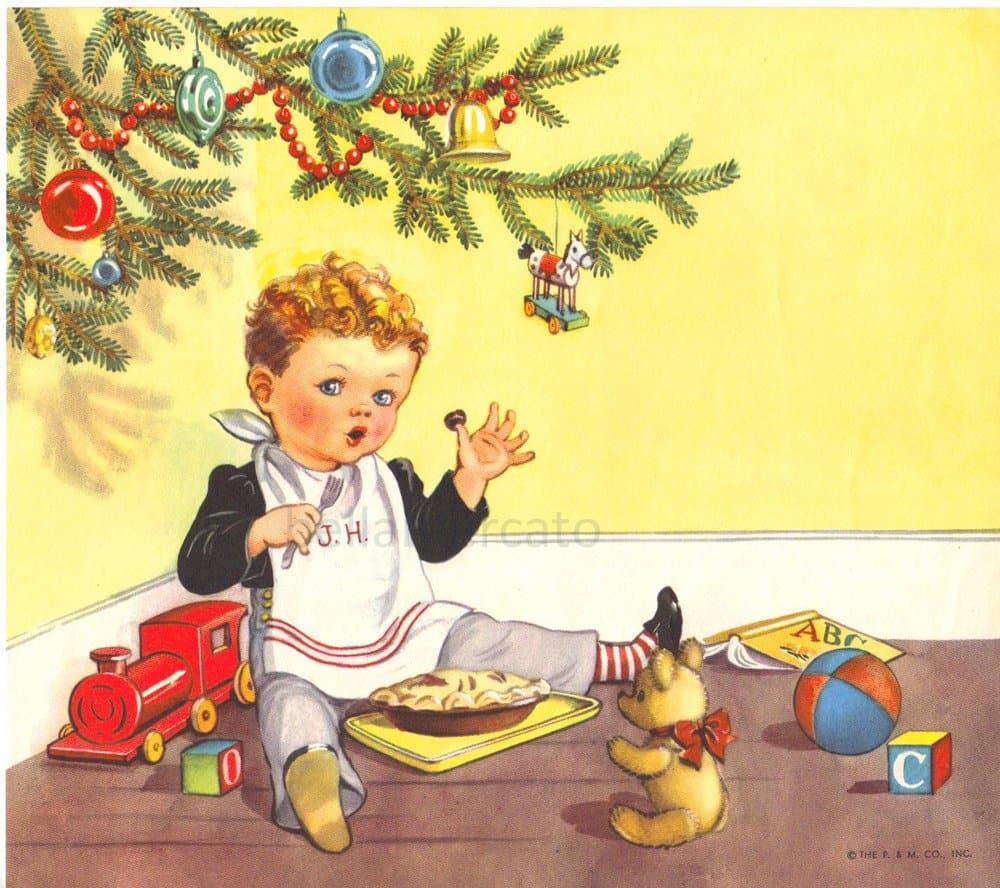 He put in his thumb and pulled out a plum

This nursery rhyme brings to mind a cute little cherry-cheeked boy who got a pie as a reward for being good. But the little boy was a grown man named Thomas Horner who was with King Henry VIII when a pie was delivered to him from the Abbot of Glastonbury. Inside the pie were 12 deeds (one for an estate called Mells Manor) for twelve different homes. The Abbot sent them in an attempt to bribe the king to not burn down his abbey. Supposedly Thomas Horner ended up with the deed for Mells Manor and it is known that his family lived there for many years.

They all ran after the farmer’s wife,

Who cut off their tails with a carving knife,

Did you ever see such a thing in your life,

Not the sweetest sounding nursery rhyme, but the image that comes to mind is three tough little mice with bandannas around their necks. They’re up to no good on the farm and the lady of the house finally has enough! Harmless enough, right? Wrong.

When you learn that the lady of the house we’re talking about is Queen Mary (“Bloody Mary”), the subject of “Mary Mary Quite Contrary.” The three blind mice were nobles who were Protestant (Queen Mary was a staunch Catholic), and no, she did not cut off their tails. Instead she had them burned at the stake. 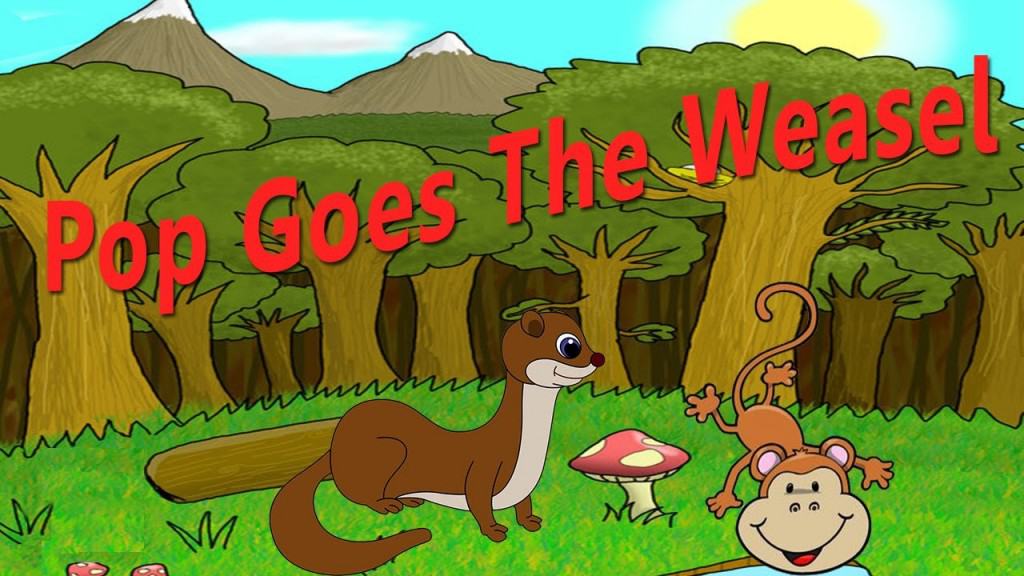 A penny for a spool of thread,

A penny for a needle.

That’s the way the money goes,

Every night when I go out

The monkey’s on the table

Take a stick and knock it off

It seems like someone is buying needle and thread and the weasel is a slang word for money. But Pop Goes the Weasel is likely about selling off your stuff at a pawn shop to have money for other indulgences. ‘Pop’ was a slang word for pawn and there are references to a tailor’s tools (‘spool of thread’ and ‘needle’) which implies that a tailor pawned their stuff to get money for other things. ‘Monkey’ was slang for £500, meaning the money received from the pawn shop was spent out drinking at the pub. 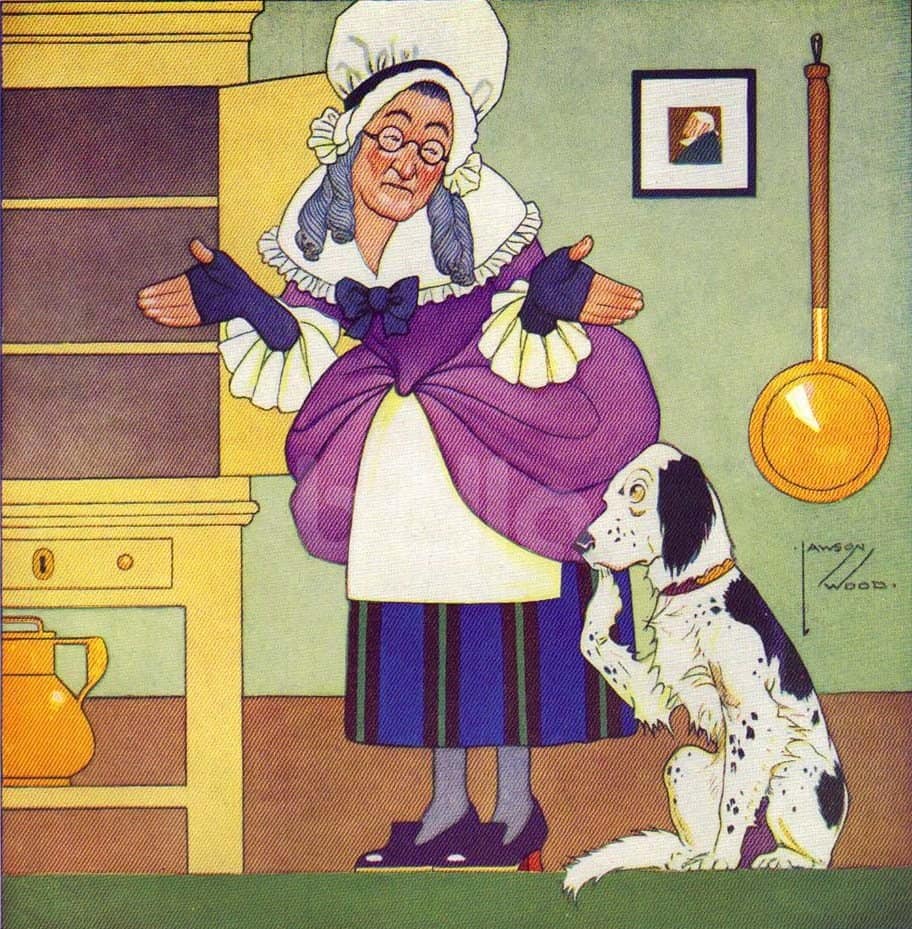 Went to the cupboard

To get her poor doggie a bone,

When she got there

The cupboard was bare

So the poor little doggie had none.

This nursery rhyme brings to mind a little old lady who lives in a cottage with her dog but, nothing could be further from the truth. Old Mother Hubbard is not old and not a woman. Old Mother Hubbard is believed to be about Cardinal Wosley, who was close to King Henry VIII and a liaison between the pope and the king, who was seeking the pope’s acceptance for his divorce from Katherine of Aragon so he could marry Anne Boleyn. The pope did not grant the divorce and this made the king very upset with the Cardinal. ‘Old Mother Hubbard’ was, in fact, Cardinal Wosley and the ‘cupboard’ was the Catholic Church. The ‘doogie’ was King Henry and the ‘bone’ was a divorce. 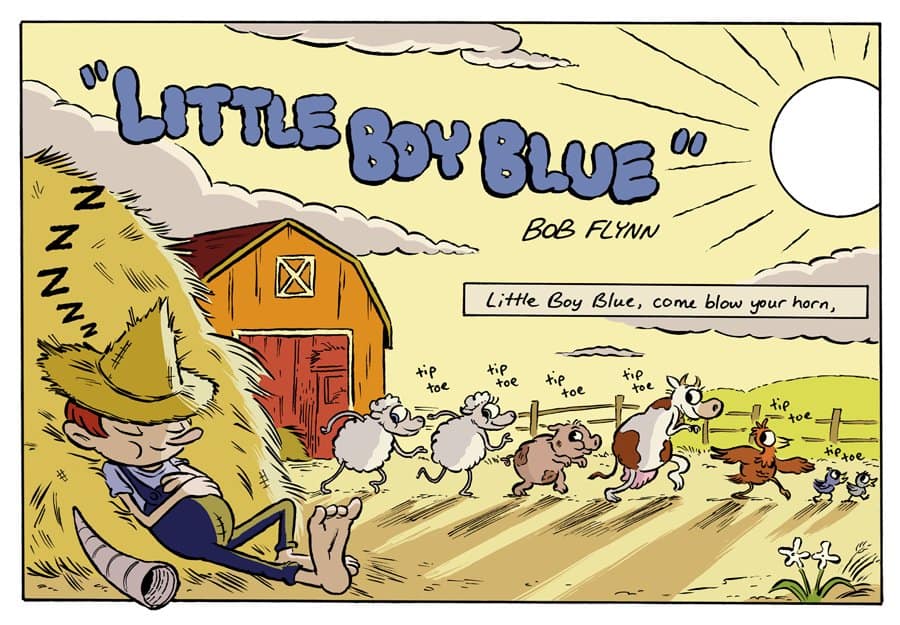 The sheep’s in the meadow the cow’s in the corn.

But where’s the boy who looks after the sheep?

He’s under a haystack fast asleep.

It seems Cardinal Wolsey (King Henry VIII’s liaison to the Vatican) was a popular subject in nursery rhymes. Supposedly the Cardinal often wore blue, hence the ‘little boy blue.’ And it seems the ‘horn’ that is being spoken of refers not to the instrument, but his arrogance. The nursery rhyme ends with the boy falling asleep which implies the Cardinal was careless and self-indulgent. 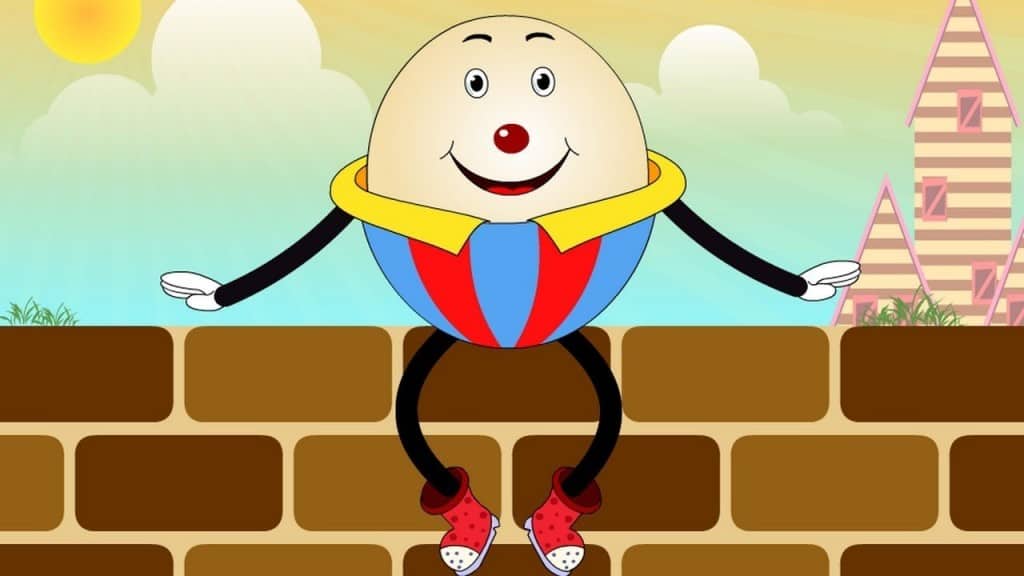 Humpty Dumpty sat on a wall,

Humpty Dumpty had a great fall.

Humpty Dumpty is an all-time favorite nursery rhyme. Pictures of Humpty as a fragile egg don’t come close to depicting the true meaning. Humpty Dumpty is, in fact, a cannon. Supposedly when the cannon from the Parlimentarians was fired during the English Civil War, it caused the wall to crumble, and destroyed the cannon of the Royalists in the process. No one could put it back together again and the Royalists had to surrender.