20 Mugshots That Will Give You Nightmares For Years

In the early 1900’s, mugshots of criminals look wicked and devious, dressed in a smart suit and often mobsters working for big bosses. They are the type of guys you don’t want to mess with. These days, lawbreakers far from that picture — they look deranged, weird and even a bit loony. These are the scariest compilation of mugshots that will give you nightmares for years. These photos are probably enough to keep you away from engaging in criminal behavior — or else you might share a prison cell with these guys!

I Came With Half My Head Gone 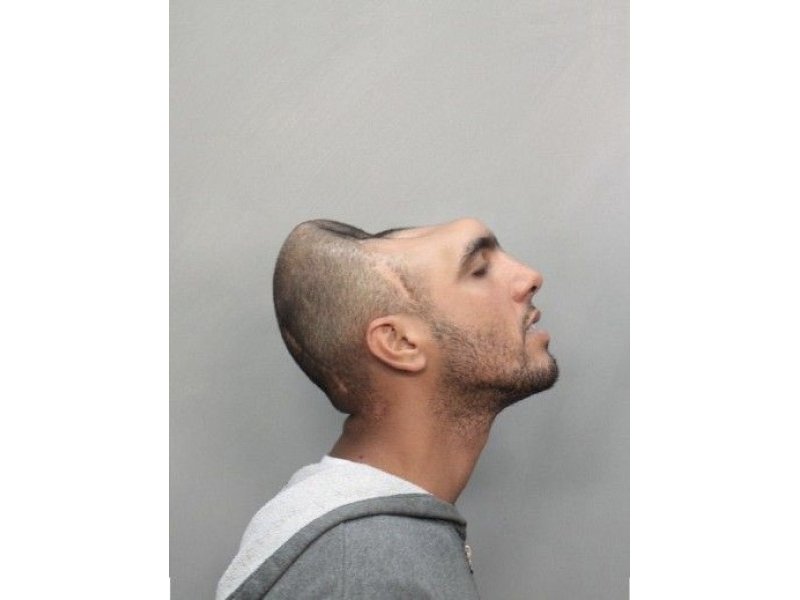 This mugshot went viral on the internet and was even accused for being a work of Photoshop. It’s amazing that the guy was able to survive with a flattened head after a car accident while under the influence of drugs. He had half of his head gone, but still managed to miraculously survive. 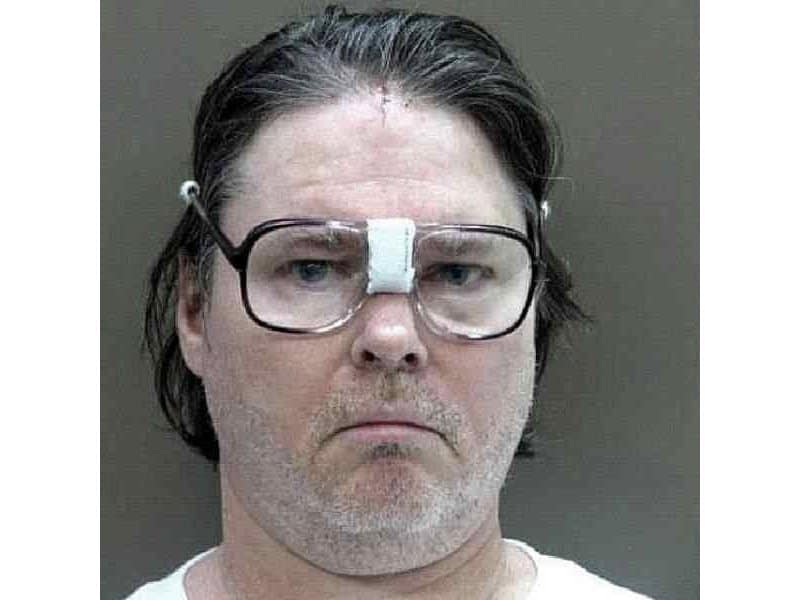 This man looks odd–he looks like an obese, 50-something middle aged man, but he also has the dorky taped-up glasses like a high school nerd. 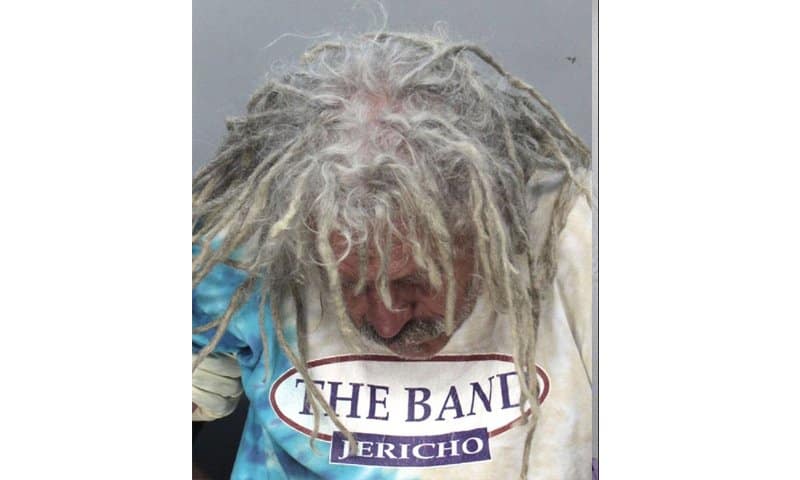 This man doesn’t even have the strength to raise his head for a picture. His dreads look like they’ve never been washed. 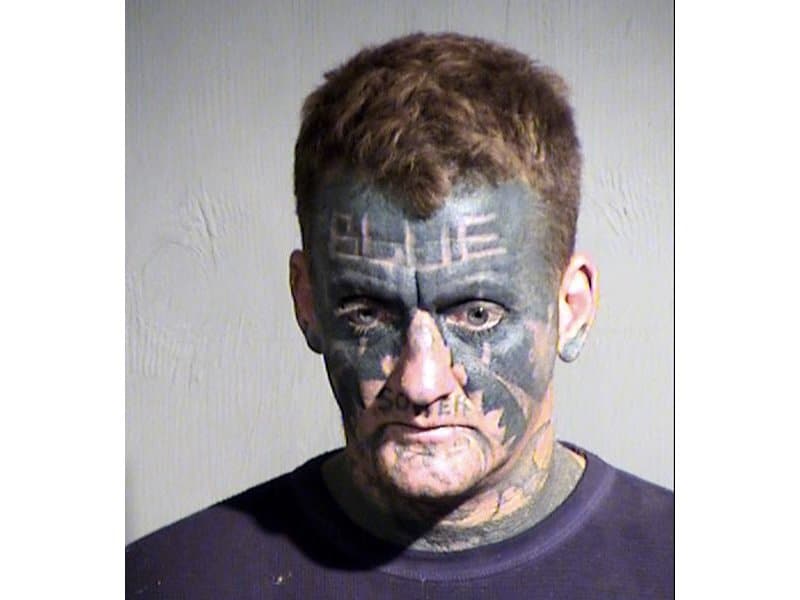 Just a guess, the guy’s favorite color is probably blue. 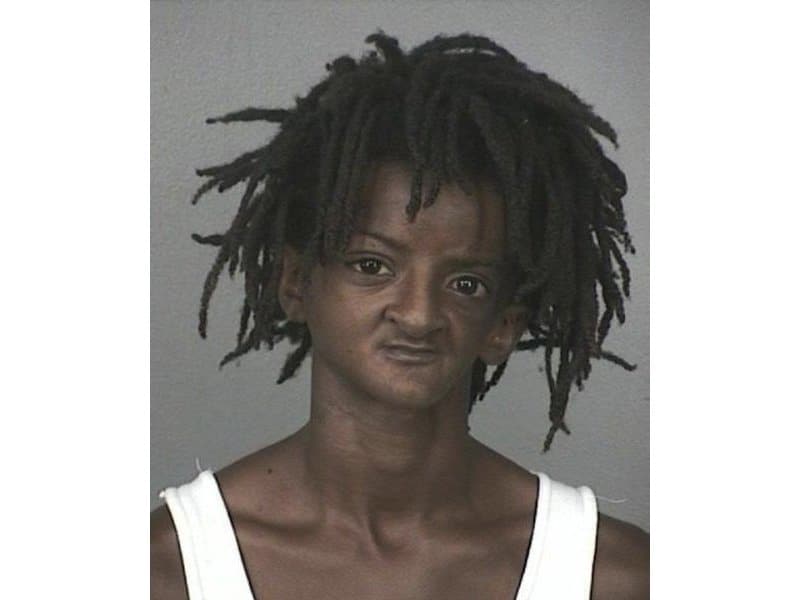 What a unique and interesting face. His hair looks heavier than his head. 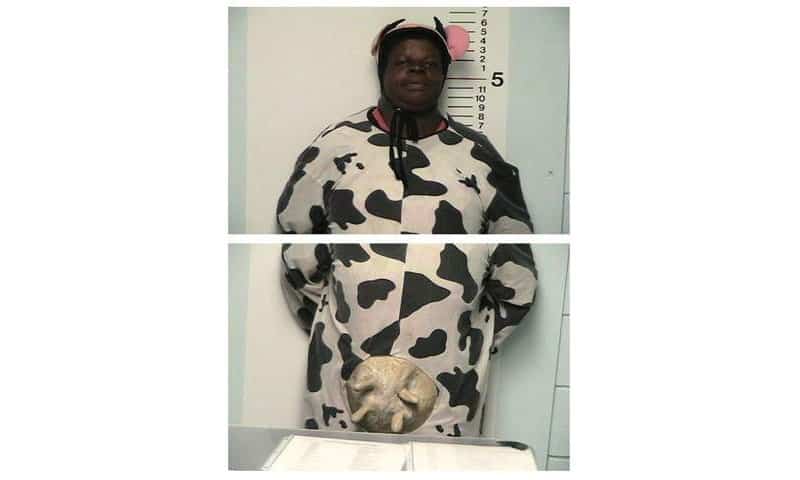 This is probably our favorite mugshot just yet. We don’t know how to react to this. 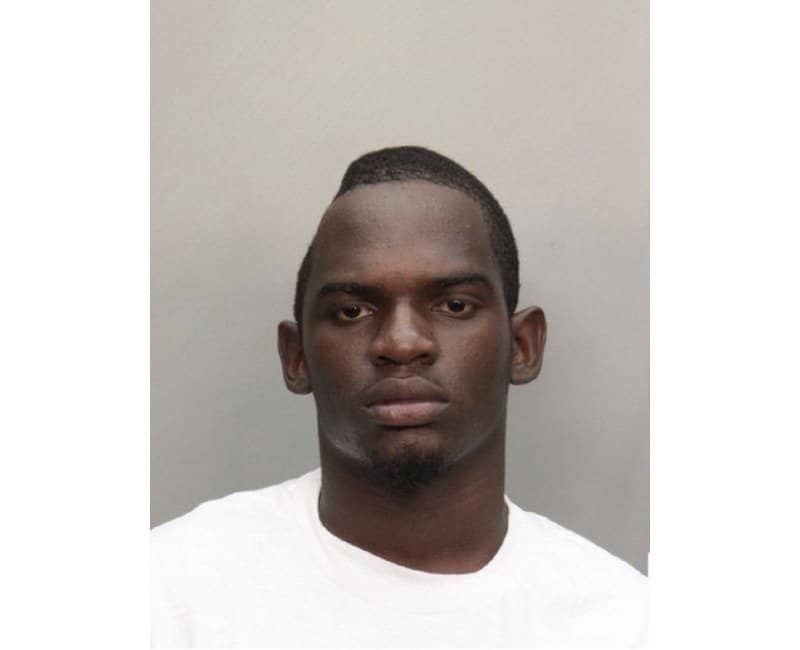 Another dude got his skull flattened on the side. I guess this instance is more common than expected. 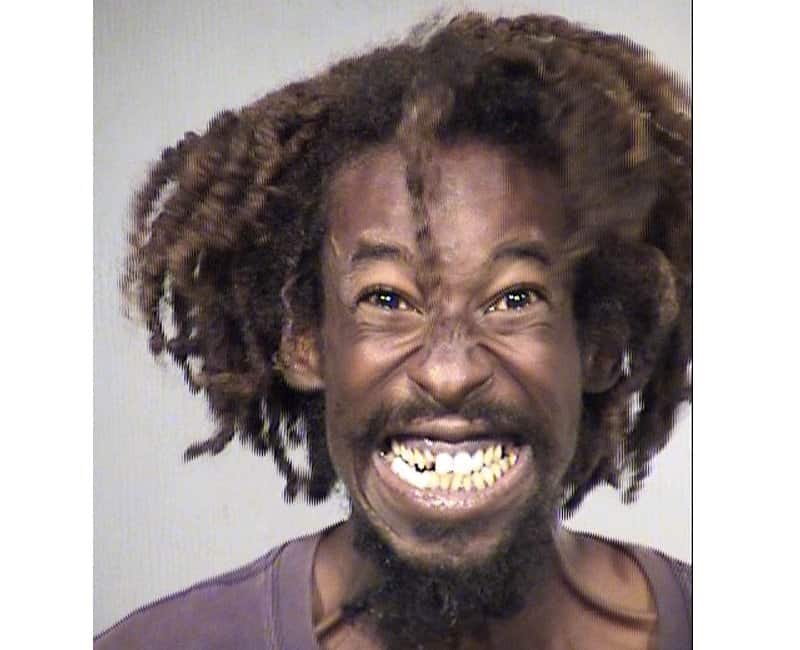 This guy looks happy–a little too happy. We wonder what he’s high on. 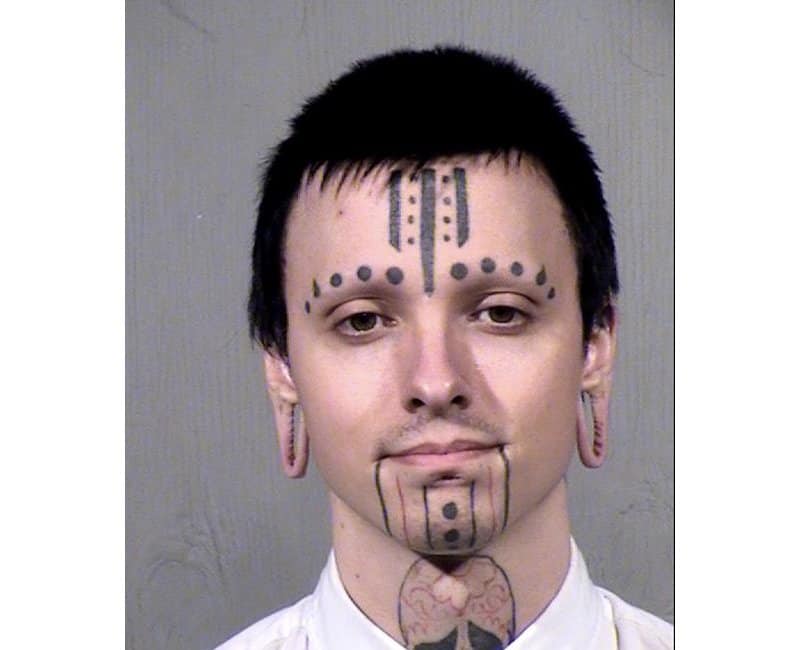 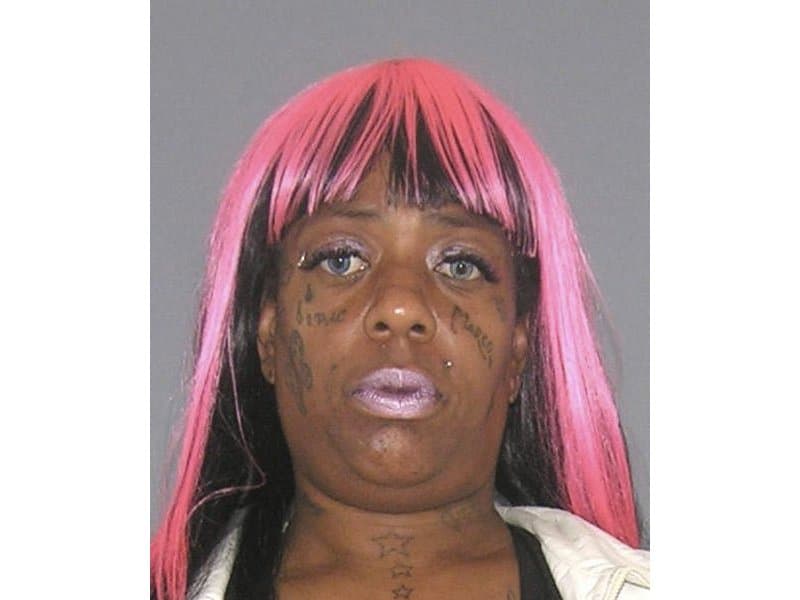 With the neon pink hair, lipstick and fake contact lens, she looks like the evil sister of Nicki Minaj. 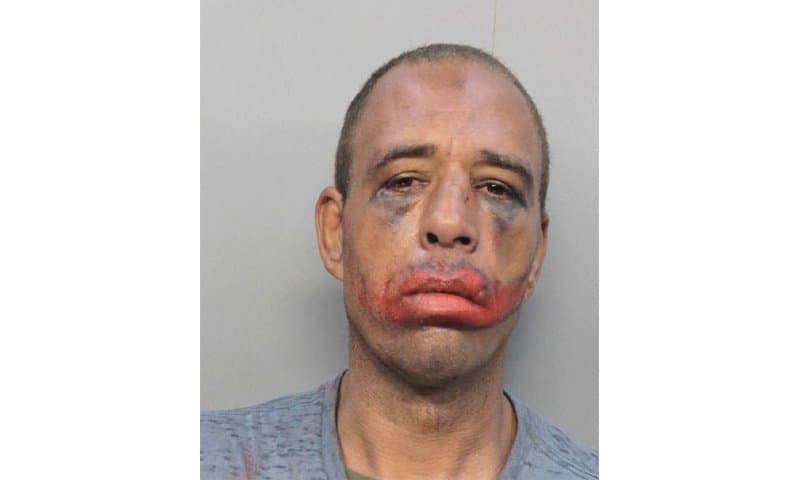 This guy with the creepy clown makeup is one creepy individual. The makeup makes him more deranged. 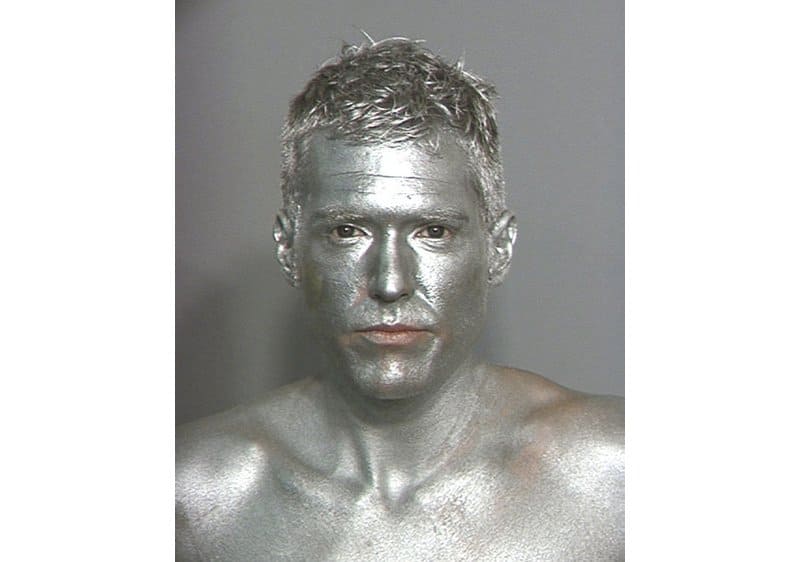 He looks like the tinman from the Wizard of Oz. We wonder what he did to get in trouble with the law…

Is That You, Beavis? 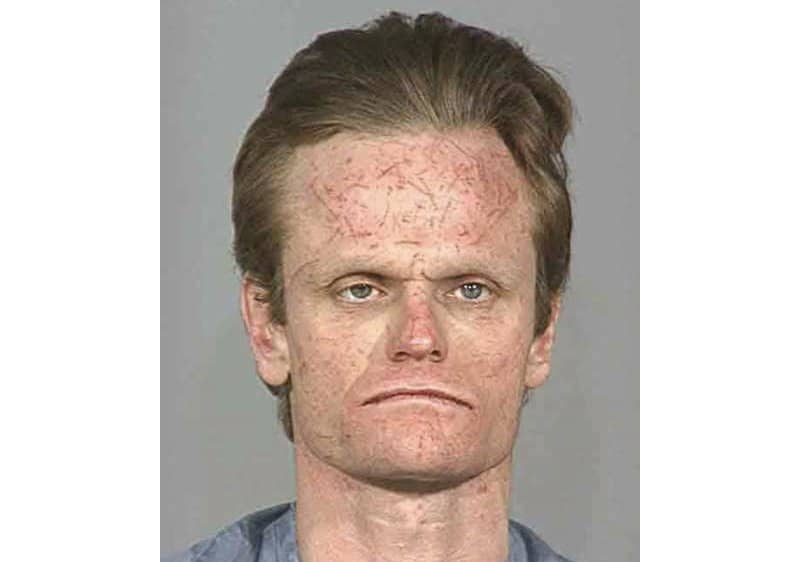 The scars on his forehead was scary enough–that he is a splitting image of Beavis makes it look even scarier.

I Had This Hairstyle Since Kindergarten 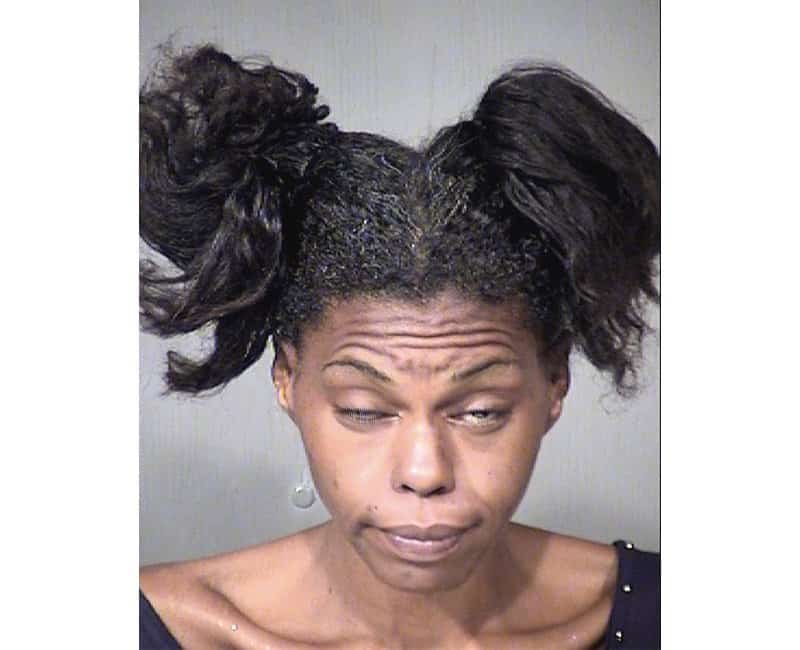 Those pigtails don’t make you look any younger, woman. 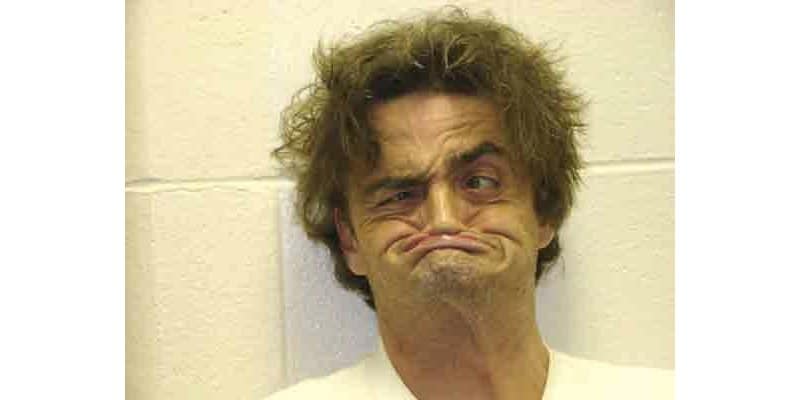 This is probably the weirdest, oddest grimace we’ve seen in the history of mugshots.

Look At That Mohawk! 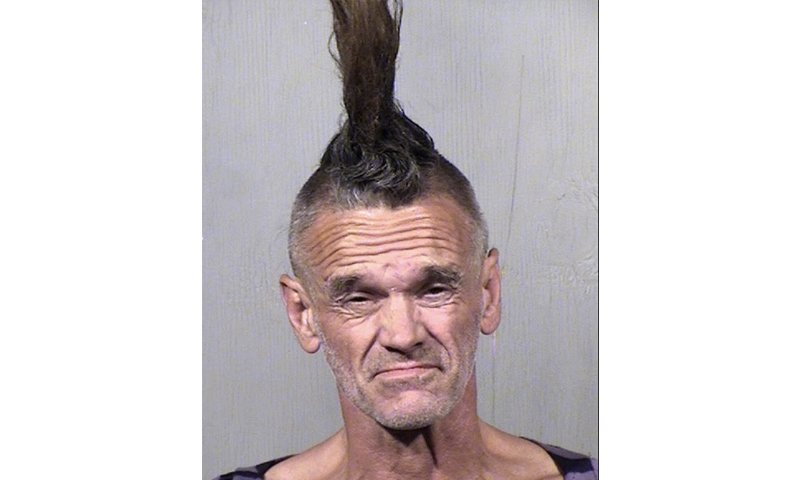 Check out that mohawk–it’s so long it got cut off in the mugshot. 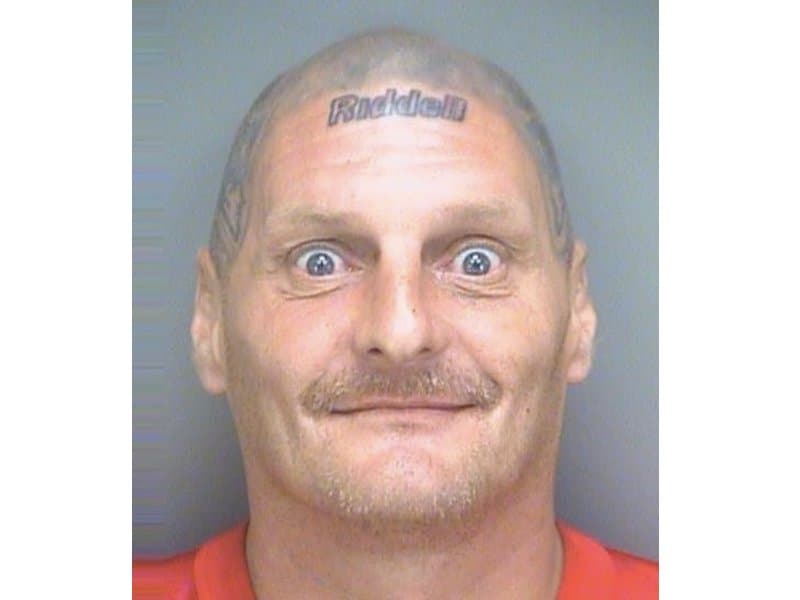 The guy looks straight on the camera with a creepy smile. A tattoo on his forehead didn’t help his rep, either. 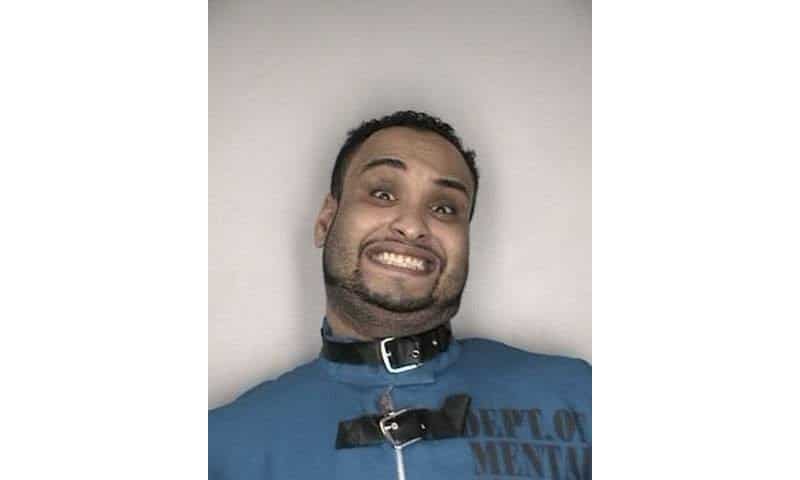 Is he just really happy to be taken a mugshot? Or just too stoned for words? 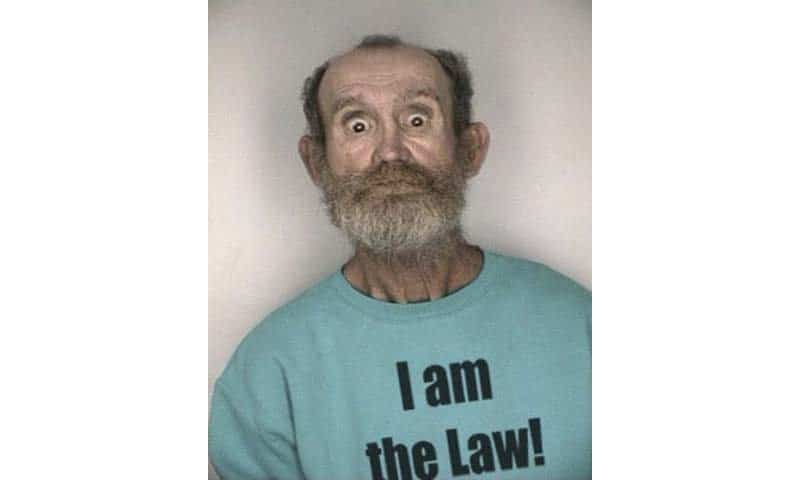 We like his expression and the message in his shirt.

Don’t Come Near Me, I Hiss 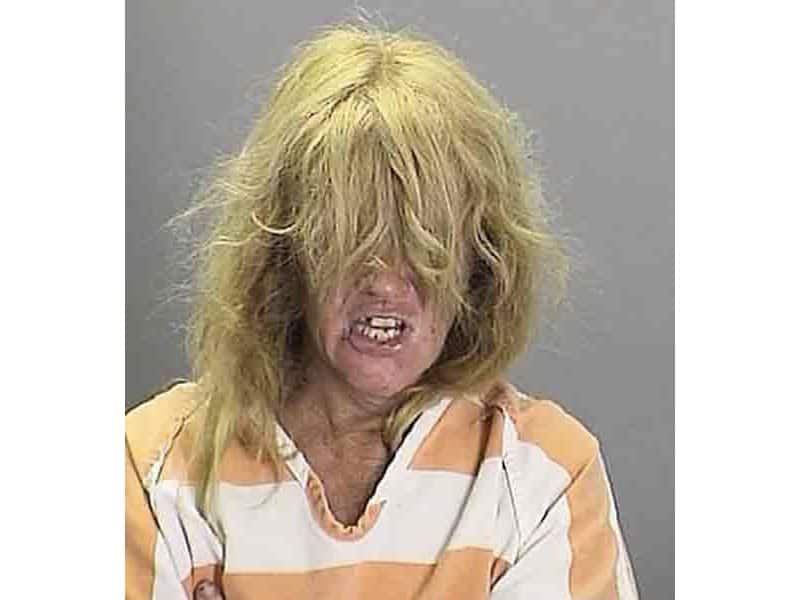 This looks like a direct relative of Oscar the Grouch. We would not want to be near her.