10 Punishments That Are Funny And Awesome

There is nothing like a good sense of humor to diffuse even the most tense situations. If everyone in the world were less tense and volatile while handling various issues, there would be less hatred and conflict by a large margin. Being funny not only releases the right chemicals in your brain in order to help you relax and gain better perspective, but it also helps those around you in many ways. Here is a list of 10 punishments or pranks inflicted by family members and friends that take the clever way out in order to make a point. 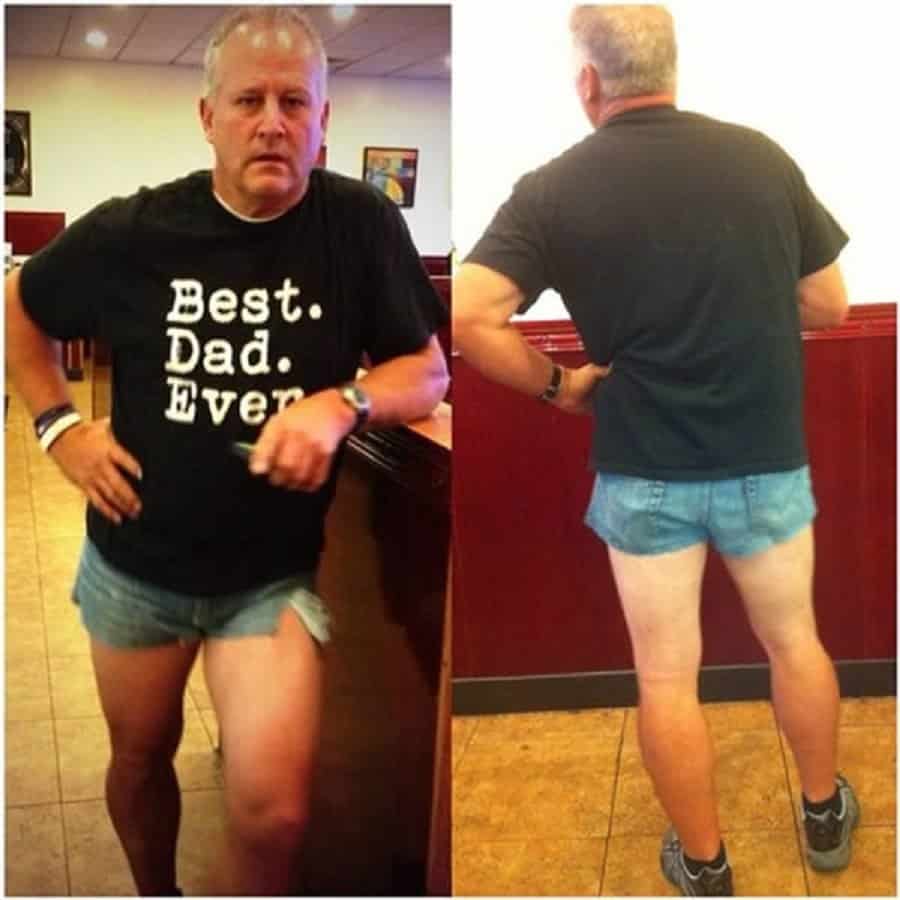 Scott Mackintosh decided to prove to his daughter that wearing short shorts can be uncomfortable for quite a few people. He took an old pair of jeans and cut them to a near-uncomfortable length before going out with his family.

You Have Been Warned 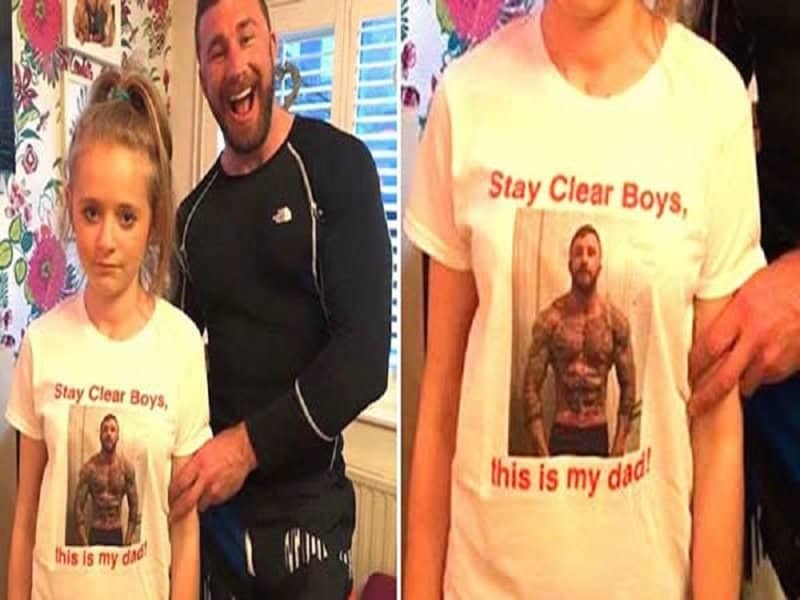 It can be quite unnerving to be a dad to a teenager daughter. One dad decided to put his muscles to good use by taking a picture of himself and putting it up on one of her T-shirts. The photograph went viral on Reddit and no doubt ruined the little girl’s social life. 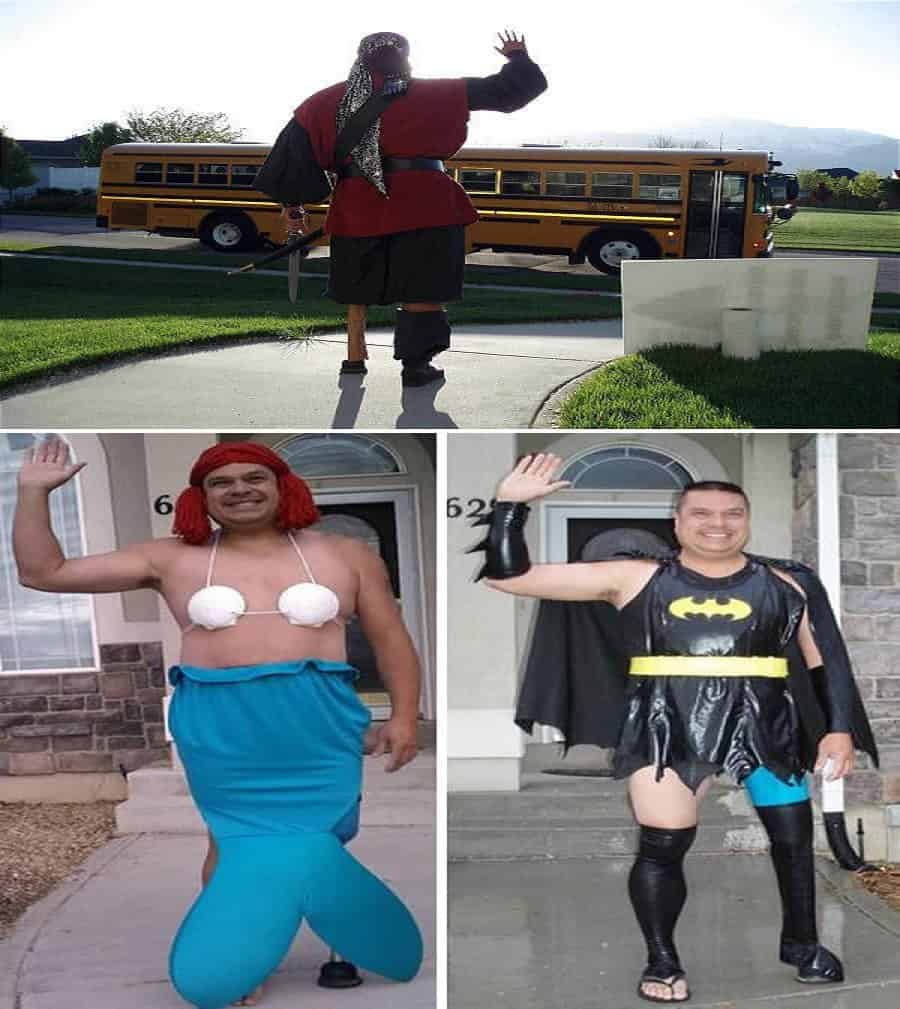 Rain Price, a 16 year old was put through quite a social experiment thanks to his dad. After his dad noticed that the school bus had changed routes and was now driving past their home on the way to school, he decided to dress-up in a funny costume and wave goodbye to his son on a daily basis. For all those who think that their parents are embarrassing, spare a thought for Rain Prince. 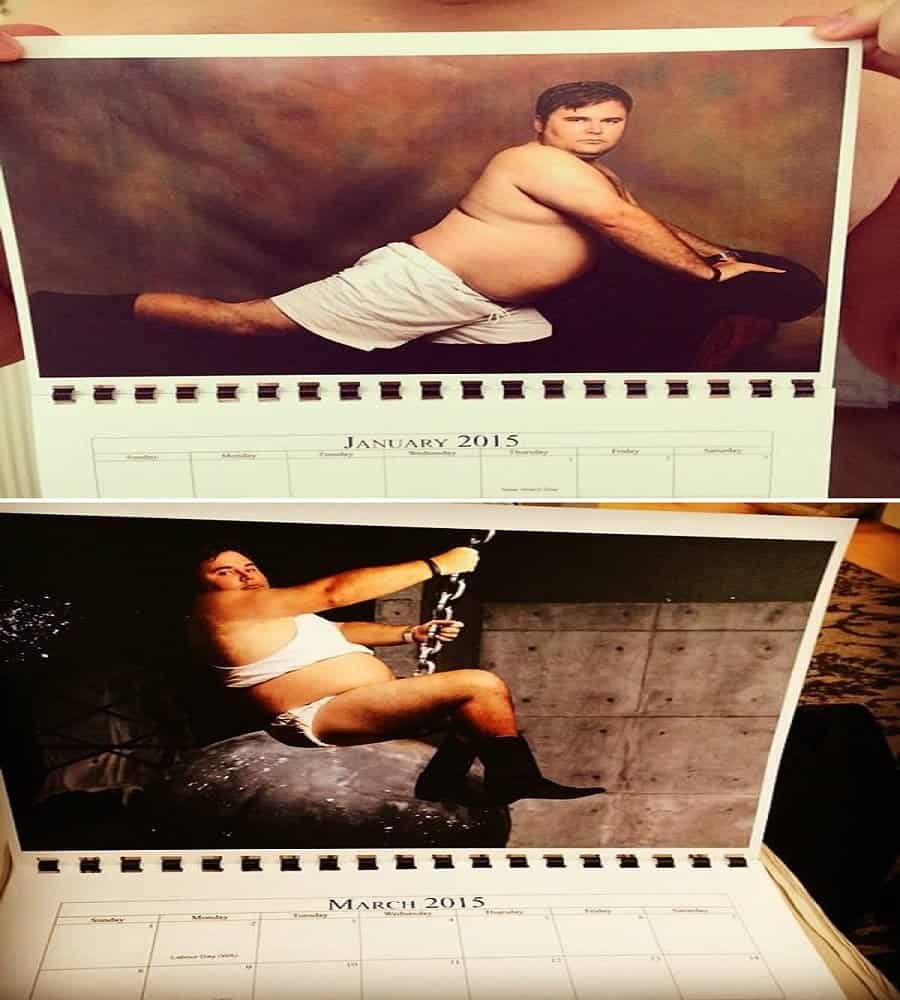 Losing a league tournament can be one of the most horrifying thing for any man in this era. Henry Stern had to create a sexy calendar as the penance for coming dead last in his local league tournament. 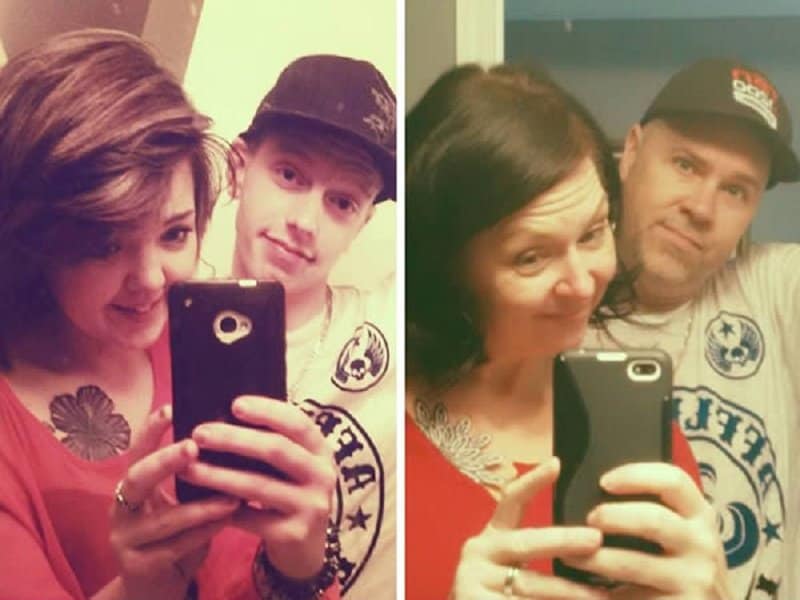 After Josh Anderson posted a selfie with a friend on Facebook, he was shocked to see that his parents had almost perfectly re-created the selfie themselves. This included amazing detailing such as a chest tattoo and even using identical clothes. 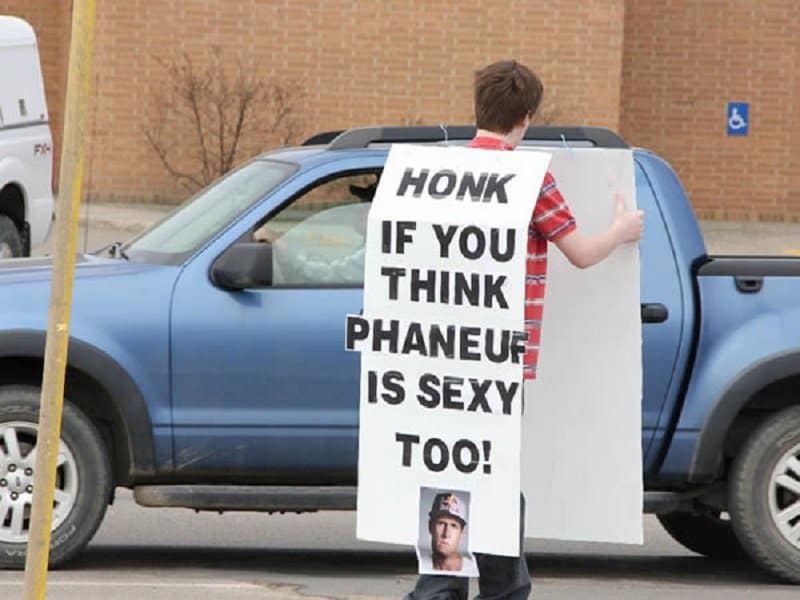 Josh Lewis, the sports editor of Estevan Mercury lost a bet with one of his friends with regard to a high-stakes game during the NHL playoffs in 2013. As punishment, he had to wear a massive sandwich board a walk around town for an entire day. 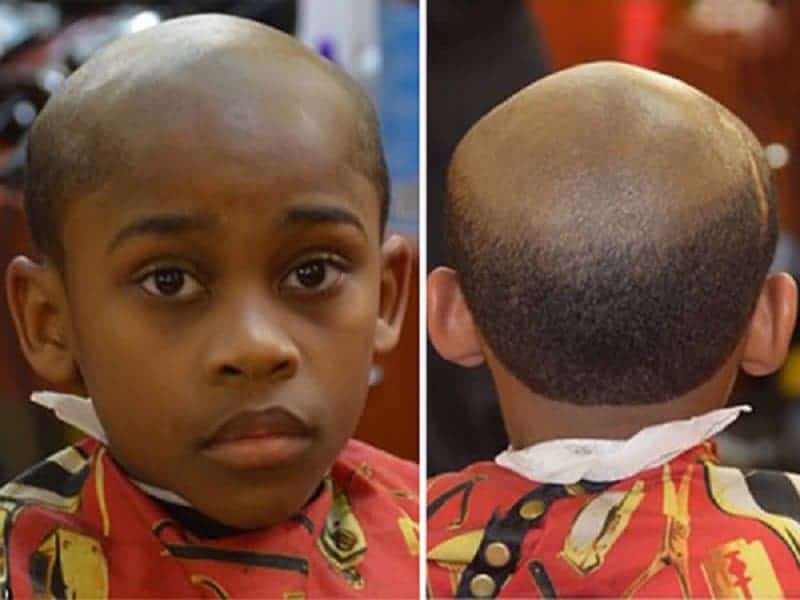 A 12-year old named Rushawn was given a strange and hilarious punishment by his dad for misbehaving. The poor child had to sport a really bad haircut that is only seen on elderly people for quite some time. 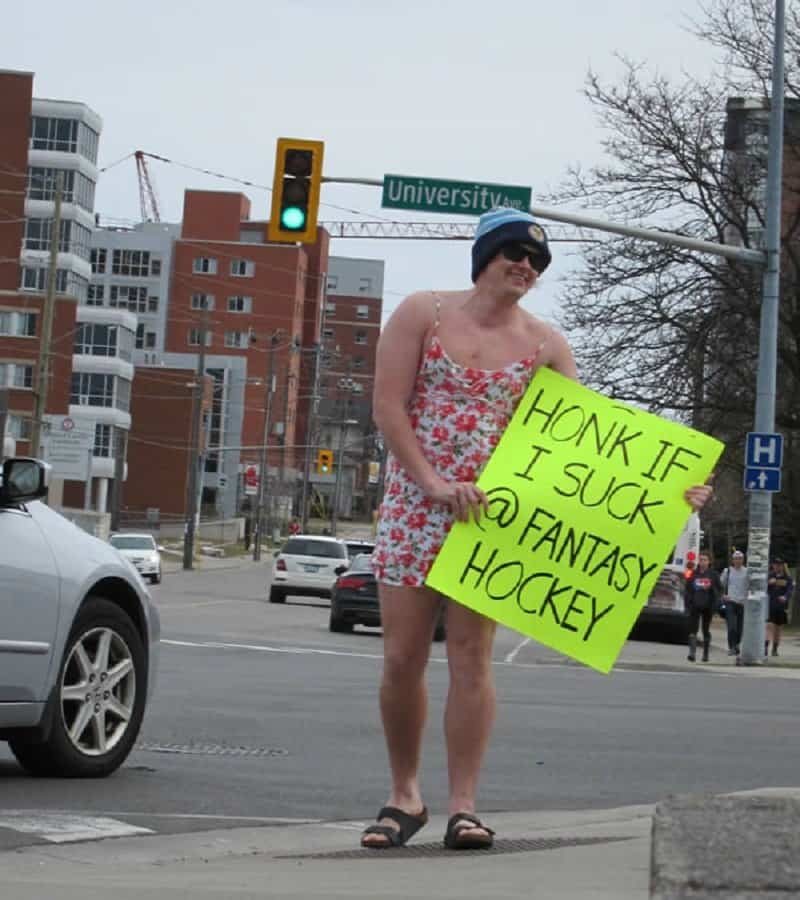 This man had to spend quite some time at a busy intersection in Waterloo, Ontario after losing the fantasy hockey tournament that year. 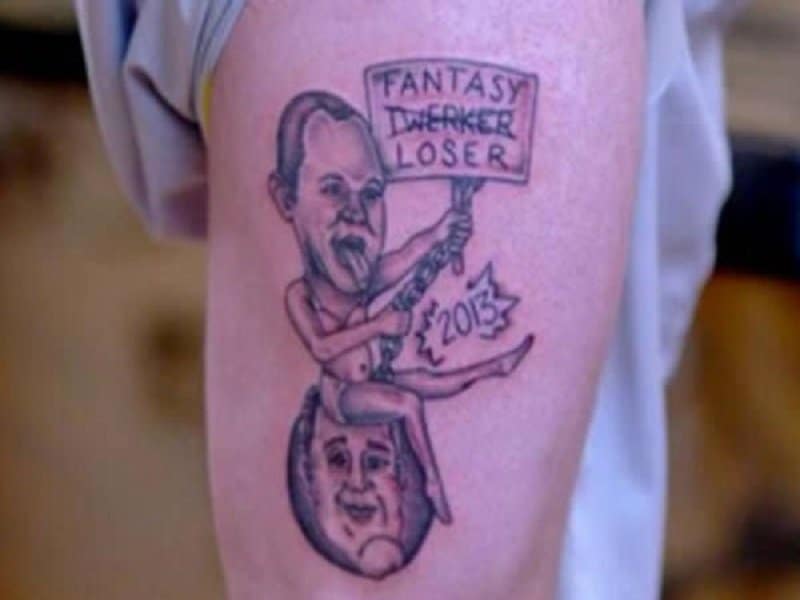 This man had to pay the ultimate price for losing a football fantasy tournament. He is forever stuck with what can be considered one of the worst tattoos of all time. 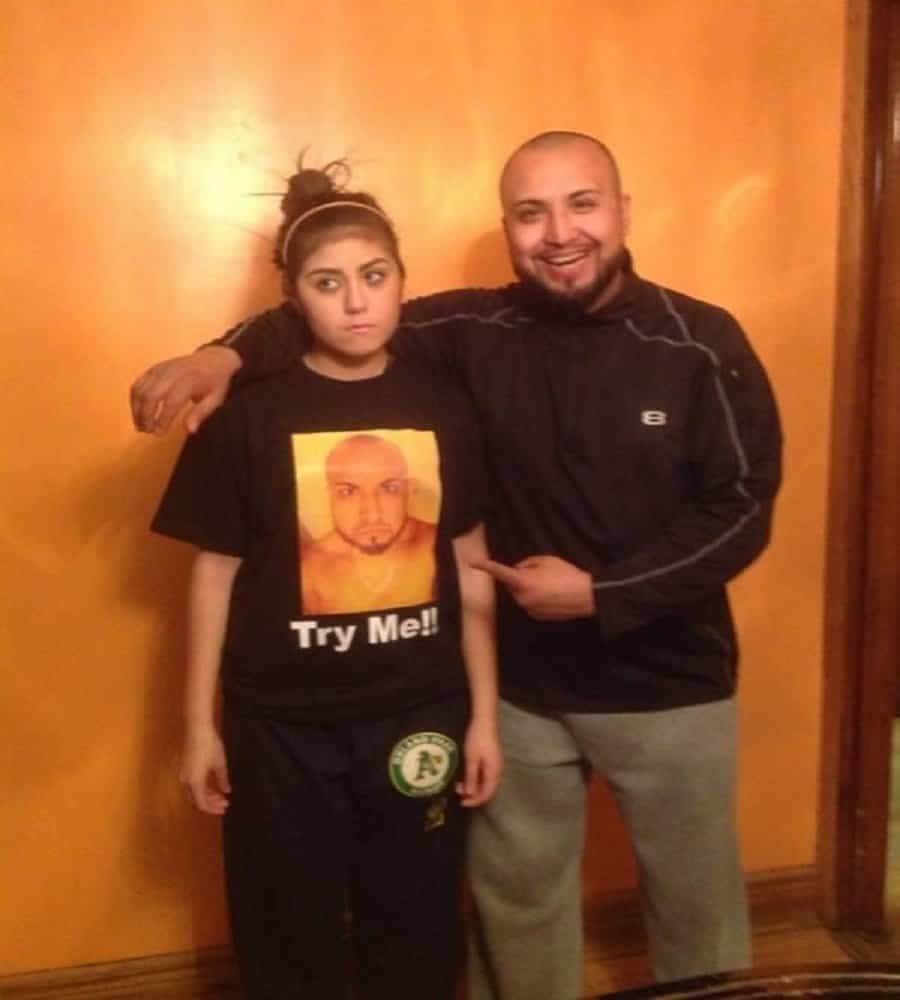 This dad decided to create a special shirt for his daughter in order to mildly punish her every time she broke the curfew rule. The shirt includes a very angry picture of the dad with the words “Try me” printed boldly on the front.