10 Amazing Wonders In The Natural World

The world is amazing. Planet Earth is the single most interesting thing in the entire solar system, mostly because it is our world. This big rock we call home has a huge variety of splendid, remote places we can visit and explore, but it is the little things we tend to love the most. There are some truly amazing wonders that have been birthed on the planet, and most people pass them by on a regular basis without a second thought, sadly. Here are ten of the most amazing natural wonders. 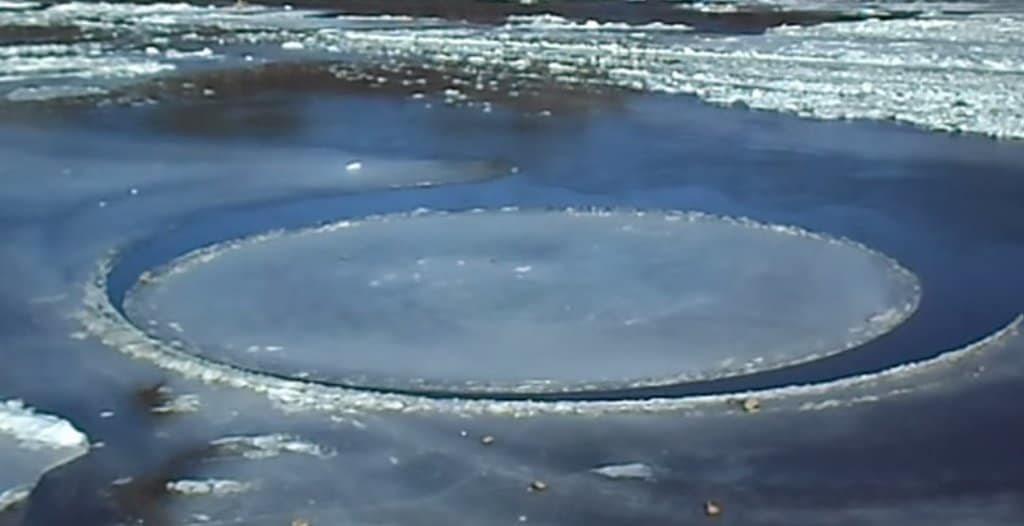 Ice circles are rare, but they tend to occur in slow-moving water within colder climates. These circles are massive discs made entirely of ice that rotate slowly while they float down a river or within a cold lake. They can be found around Scandinavia and North America. 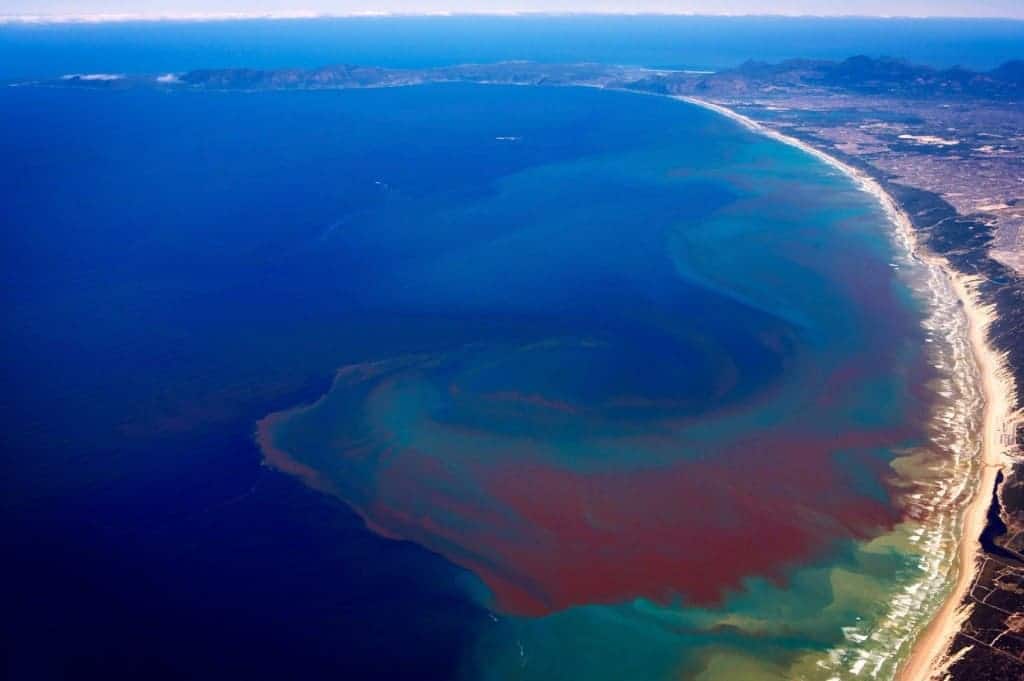 A red tide is rather uncommon, but it occurs when an algal bloom, which happens with a large concentration algae. When said algae is present in high volumes, the water they encompass tend to appear discolored, generally purple, pink, or red and green. 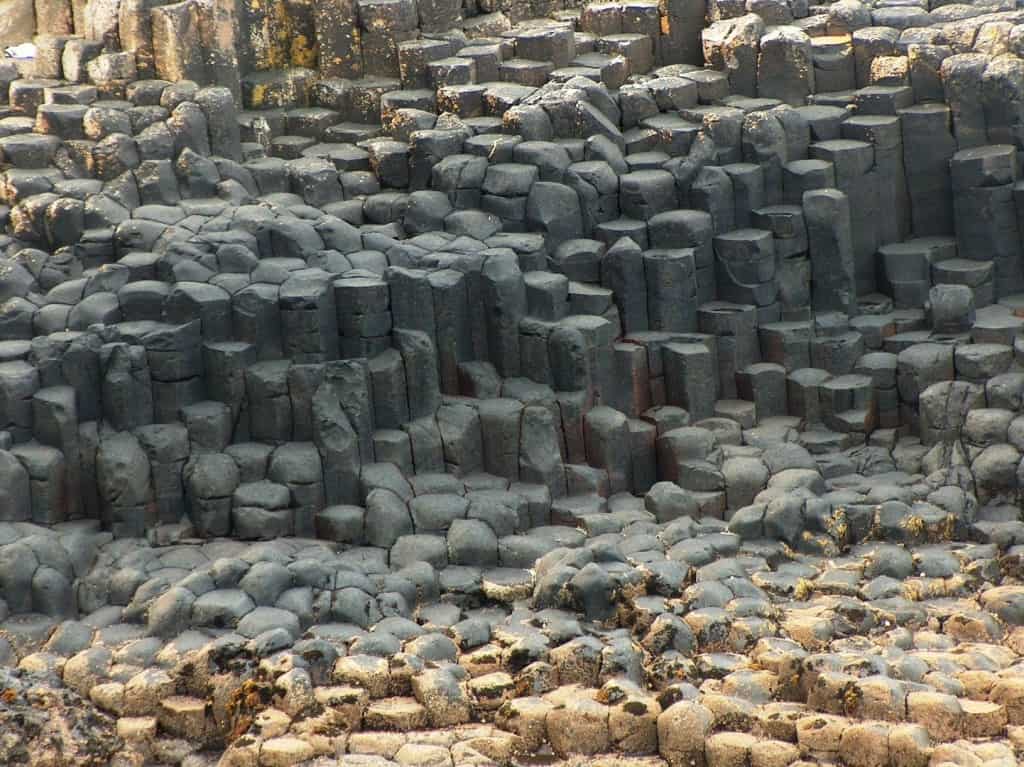 Columnar Basalt are weird rock formations that result when lava begins to cool too quickly. Fractures within the cooled rock begin to form in odd shapes, though most of them tend to have six sides at a time. They can be found in the Giant’s Causeway, Northern Ireland. 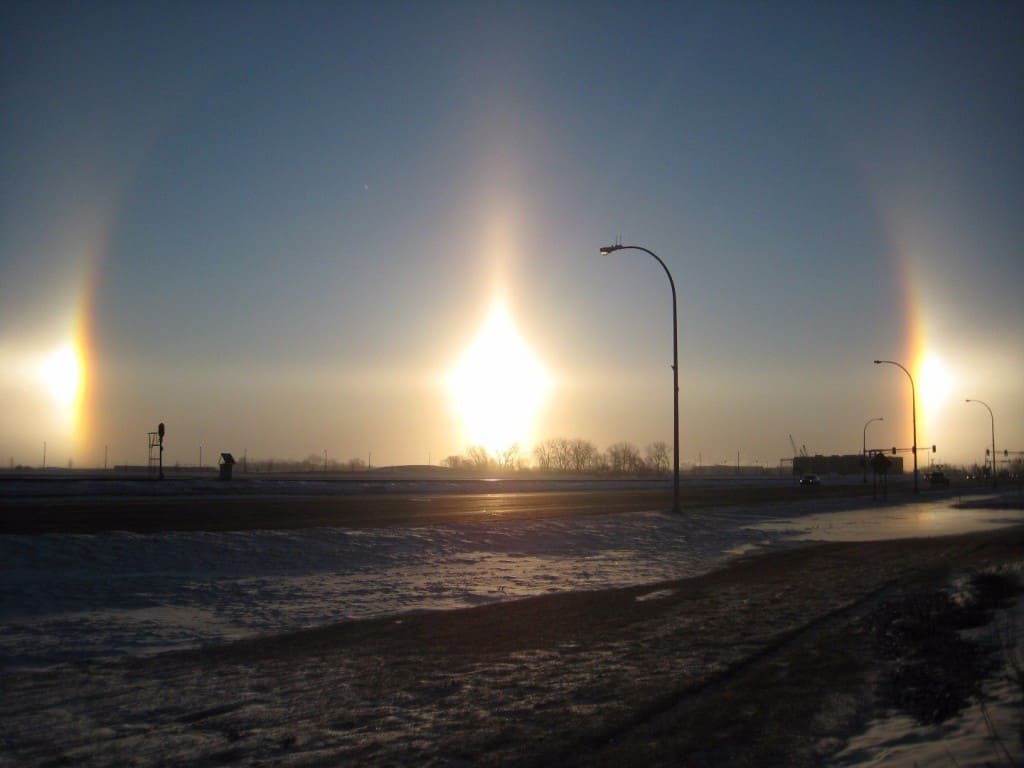 A sun dog is a rather interesting name for a daytime ice halo. These are colored patches of light that are located on either the right or the left of the sun. These can happen anywhere in the entire world during any season. Throughout Europe, one or two are seen each week. 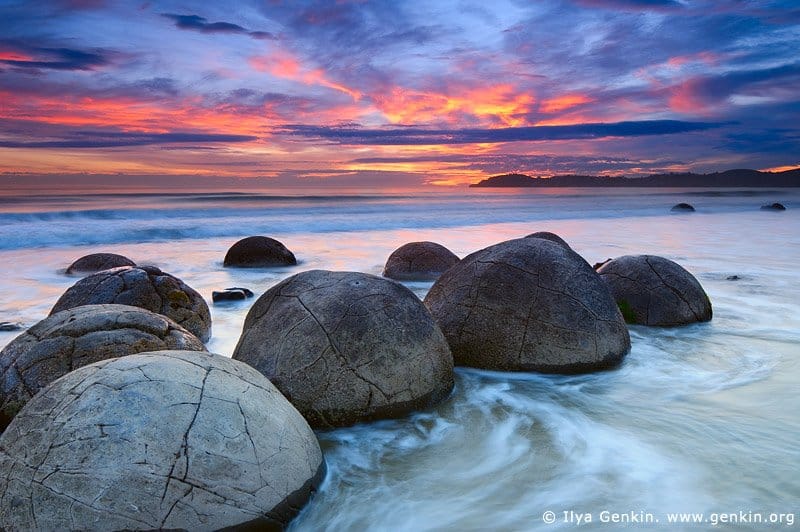 The Moeraki Boulders are weirdly shaped spherical boulders that rest along a single stretch of beach in New Zealand. They tend to be scattered or clustered together, and are protected by the local government as part of a scientific reserve. 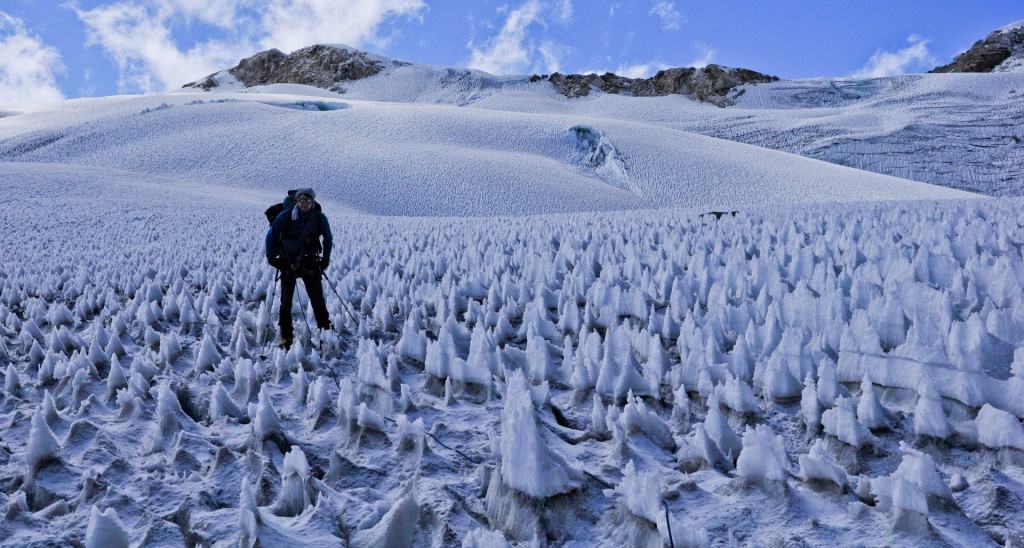 Penitentes are cone-shaped snow formations that occur at higher altitudes. They are generally thin blade-like formations that are spaced closely together and pointed upwards towards the sun. Some can be as large as a grown adult. 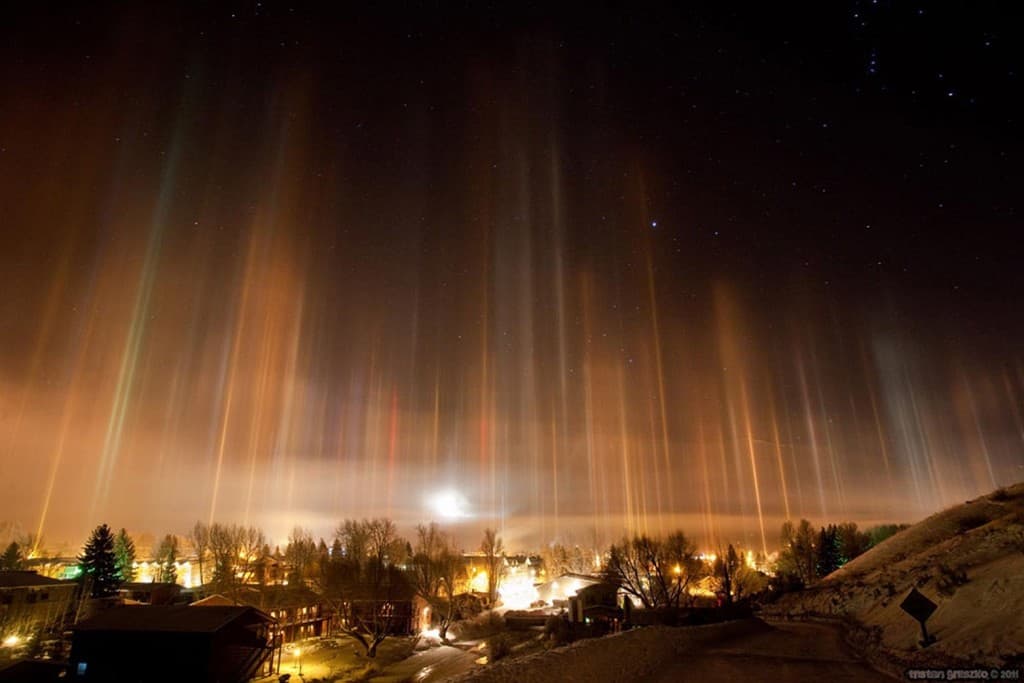 Light pillars are spectacular phenomenon that are caused by light reflected from numerous ice crystals in the upper atmosphere or clouds. Moonlight and artificial light have been known to cause this phenomenon, too. They are most common when the sun is low on the horizon. 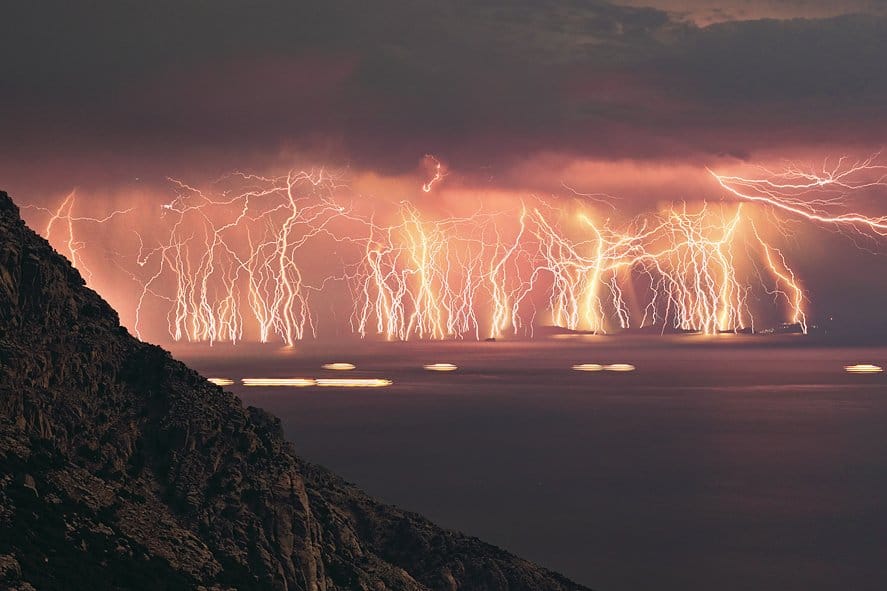 Catatumbo Lightning generally occurs throughout Venezuela, which is known as the generator of the ozone. These cloud storms form in an arc that can reach up to 5 kilometers tall. They tend to last for 140 to 160 days, 10 hours every day, and the lightning flashes 280 times in a single hour.

Cave of the Crystals 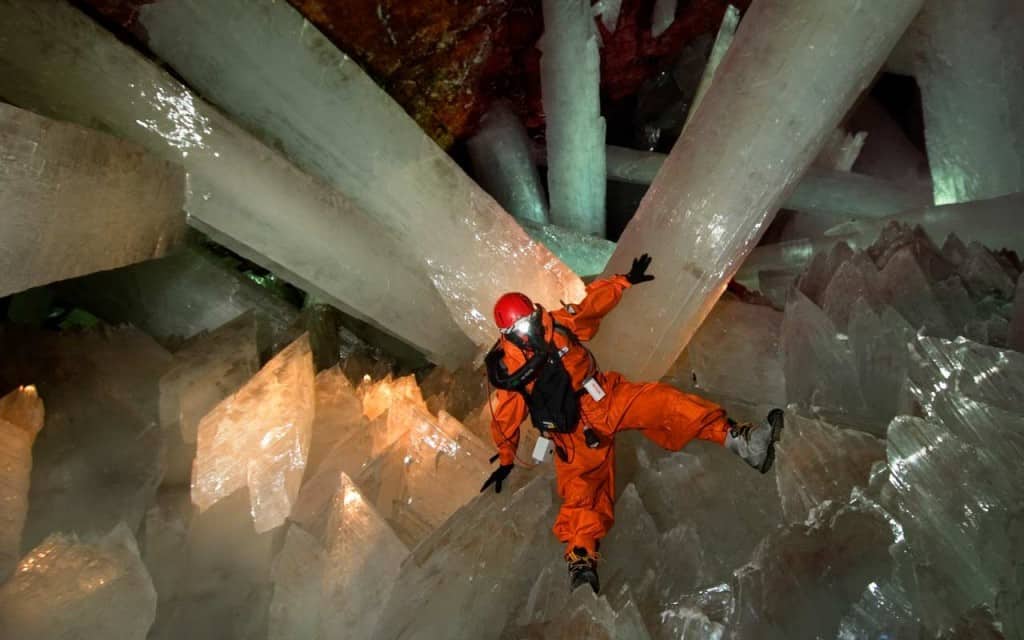 The Cave of the Crystals is found in the Naica Mine in Chiuahua, Mexico. The massive chamber has giant selenite crystals that can reach up to the very top of the ceiling. The largest is 36 feet in length and weighs around 55 tons. 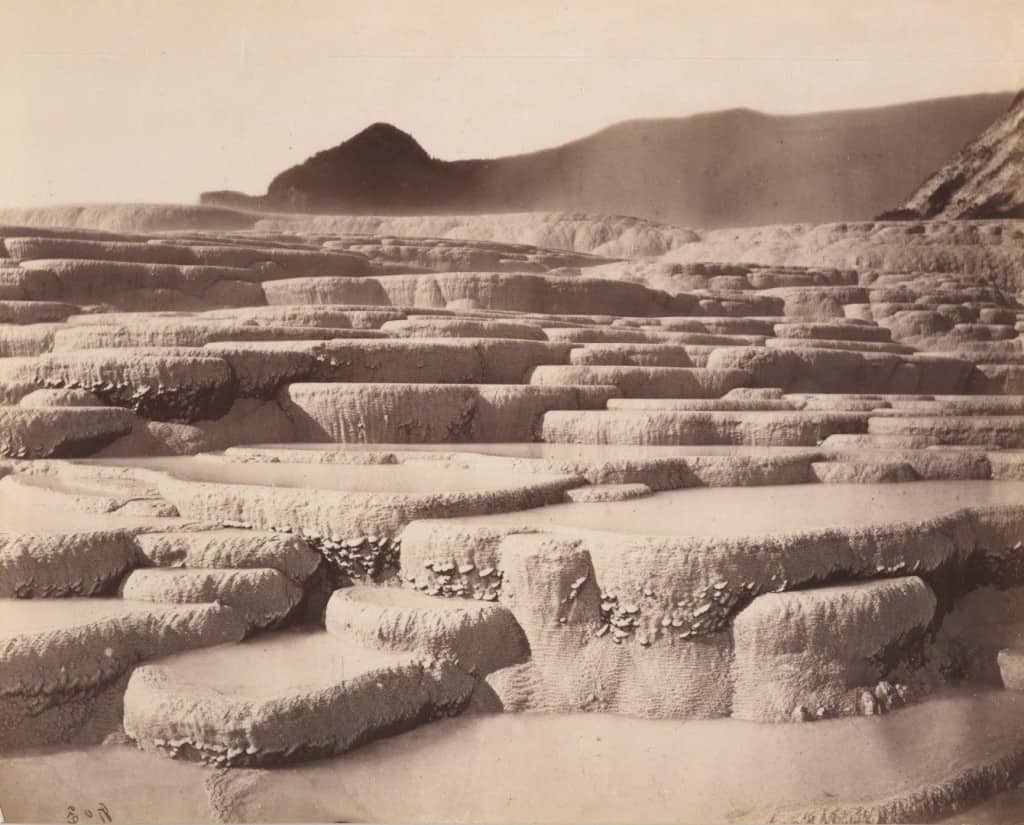 The Pink and White Terraces in New Zealand have been lost to mankind, sadly. They were once a natural wonder, but were destroyed by a volcanic eruption at Mount Tarawera. Basicall, thick pink and white silica deposits formed huge terraces near pools. It was a gorgeous sight to behold.