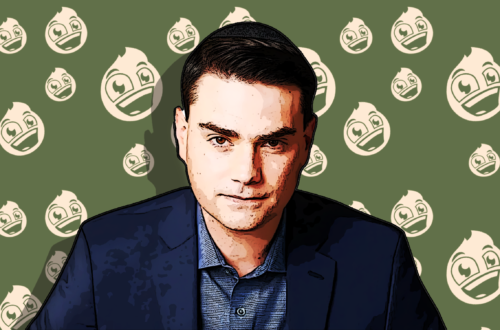 Ben Shapiro is widely known as a conservative in American politics. It’s no doubt that Shapiro is talented; he brought his own twist and unique views into the political realm making him popular among a younger audience. At times his political views and ideology can be controversial.

What is Ben Shapiro’s Net Worth?

As of July 2022, Ben Shapiro’s net worth is in the neighborhood of US$20 million. Shapiro’s sources of income are guest appearances, book sales, Youtube, and The Daily Wire.

Been Shapiro is one of the founders of an American conservative news website and media company, the Daily Wire, with annual revenue exceeding $100 million. Shapiro also amassed many followers on social media — he had over 3.7 million followers on Twitter, 8.3 million followers on Facebook, and 4.75 million subscribers on Youtube.

From his Youtube channel alone, from a conservative estimate, Shapiro is said to rake in around $173,00o a month or over $2.6 million a year.

Who is Ben Shapiro?

Ben Shapiro’s full name is Benjamin Aaron Shapiro. He was born in Los Angeles, California, on January 15, 1984, and has a younger sister, Abigail, born in 2000. His family is of Soviet Jewish ancestry. He was raised in a Conservative Jewish family; when Shapiro was 9 years old, his parents transitioned to Orthodox Judaism. At age 12, Shapiro amazed the crowd at the Israel Bonds Banquet with his fantastic violin skills, where he performed the theme of Steven Spielberg’s 1993 film The Schindler’s List.

Ben Shapiro is a political commentator, media host, columnist, and attorney. Shapiro had published two books by age 21, and eleven more books between 2012 and 2016.

Ben Shapiro excelled academically since he was young. He skipped two grades (third and ninth) during primary and secondary schooling. In 2000, Shapiro attended a Modern Orthodox Jewish high school Yeshiva University High School in Los Angeles, where he graduated at age 16. And graduated from the University of California, Los Angeles, with a Bachelor of Arts degree with Honors in political science in 2004 at the age of 20. Shapiro further continued his education and graduated from Harvard Law School in 207.

In 2008, Shapira married an Israeli medical doctor, Mor Toledano. Together the couple has two daughters and a son. In 2009, a man was arrested by the FBI for making death threats against him and his family,

Ben Shapira began his career as an attorney at an American multinational law firm Goodwin Procter LLC. After he left the law firm in March of 2012, Shapiro started his own legal consulting firm called Benjamin Shapiro Legal Consulting in Los Angeles.

Ben Shapiro showed interest in politics at a young age, and at 17, he became the youngest nationally syndicated column in the US. Shapiro is a well-known American conservative political commentator of his generation. In 2012, Shapiro became edit0r-at-large at an American far-right syndicated news, Breitbart. Shapiro resigned from this position after 4 years in 2016, expressing dismay for the lack of support to a staff, Michelle Fields, who alleged to experience assault by Donald Trump’s former campaign manager, Corey Lewandowski. It did not sit well with the alt-right, Shapiro became a target of online anti-Semitism.

In 2015 Shapiro founded an American conservative news website, the Daily Wire, with film director Jeremy Boreing. He serves as an editor emeritus, as well as The Ben Shapiro Show — a daily conservative political podcast and live radio program produced by The Daily Wire. The podcast became extremely popular with young listeners and experienced explosive growth shortly after its launch. It’s ranked the second most popular podcast in the US in 2019, with over 200 stations airing The Ben Shapiro Show.

In Shapiro’s fourth book Primetime Propaganda: The True Hollywood Story of How the Left Took Over Your TV, he stated Hollywood used prime-time entertainment to influence political views to favor the left wing. It stirred heated debates among political commentators and critics.

Between 2016 and 2017 had spoken at 37 campuses where he traveled nationwide to college campuses as a guest speaker to present his political viewpoints. Shapiro’s conservative ideology sometimes sparked controversy on subjects he brought up and riled left-leaning college students. For instance, when Shapiro began to give a speech at the California State University of Los Angeles titled When Diversity Becomes a Problem, an upset protester pulled a fire alarm, and the lecture came to an abrupt end. Followed by an announcement from a conservative youth group that they’ll a lawsuit against the university. Another instance was the city of Berkeley, fearing on possible riot, the city spent $600,000 for police and security when Shapiro was a guest speaker at the University of California, Berkeley, criticizing identity politics.

In Shapiro’s 2021 published book The Authoritarian Moment in his argument he blamed the left-wing is a pressing authoritarian threat through the control of academia, Hollywood, journalism, and corporate America.

Due to online harassment by the alt-right, Shapiro is critical of this group. He stated, “It is a garbage movement composed of garbage ideas. It has nothing to do with constitutional conservatism.”

Shapiro voiced his support for a ban on abortion except for when the mother’s life is in jeopardy. And doctors who perform abortions should be prosecuted.

During the tension between Israel and Palestine, Shapiro made several controversial statements and drew some harsh criticisms from observers. For instance, in one of his published articles, Shapiro stated, “The ideology of the Palestinian population is indistinguishable from that of the terrorist leadership.”

Ben Shapiro’s other controversies include his view on LGBT saying homosexuality should be prosecuted. He also opposed people of same-sex marriage to raising children, and that transgender people suffer from mental illness.

What is Ben Shapiro Net Worth?

How much money does Ben Shapiro earn?

How tall is Ben Shapiro?

How old is Ben Shapiro?

When is Ben Shapiro birthday?