Cosmetic surgery is bigger than ever in Hollywood, but a new push by some of the industry’s female elite is calling for aspiring actresses to forgo the nose jobs, botox, and most of all—breast implants. After all, there’s more to good looks than breast size. It’s too easy for some of them, though, as they’re already rocking near perfect bodies. Anything extra would just be overkill. Check out our list of twenty gorgeous A-listers who not only have never had breast enhancement surgery, they positively don’t need it. 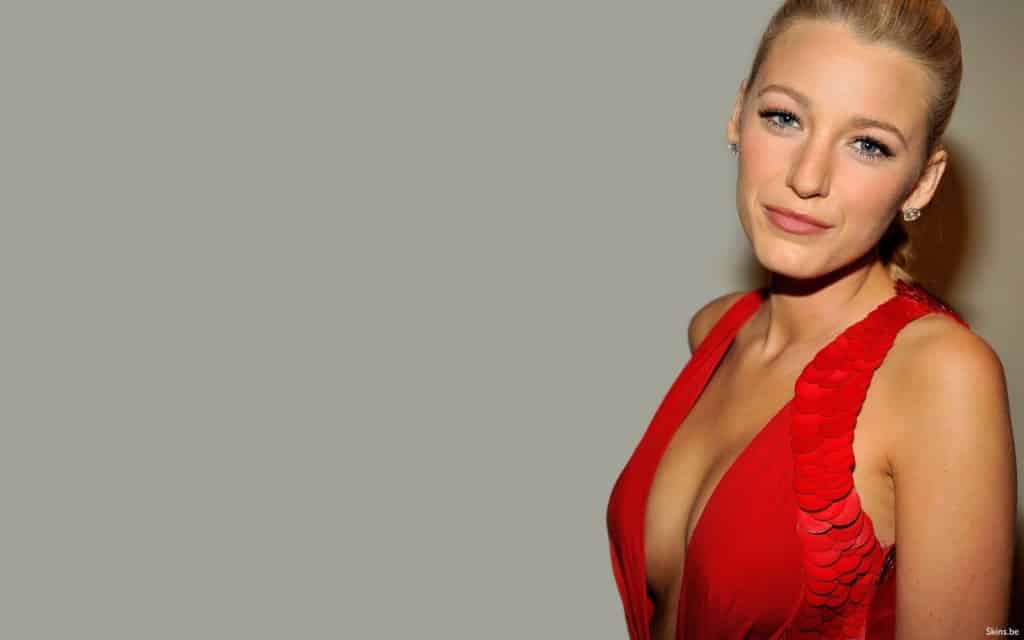 Blake Lively, who most recently starred in the romantic fantasy film The Age of Adaline, was named 2011’s most desirable woman by AskMen. Her perfect breasts may be partly to thank for that, and Lively says they’re only getting bigger since she became a mother.

“With all the wardrobe changes, one thing I hadn’t accounted for was that I didn’t have time to pump,” Lively said, speaking of how her expanding cup size affected her on the set of her new movie.

“So my proportions definitely started to, shall we say, increase throughout the day. I walked out onstage for one appearance in an outfit that had fit perfectly when I tried it on many hours earlier, but by the time it got on me, I thought, ‘Oh, no! This isn’t going to cover them up at all!’“ 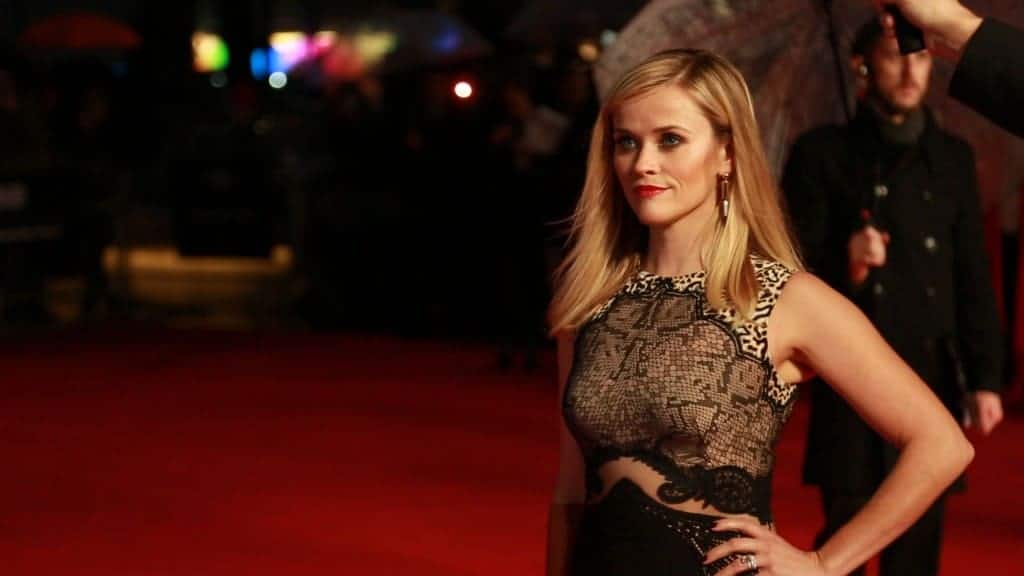 Reese Witherspoon usually dresses quite conservatively, but she gave the world a peek of her flawless body while promoting her latest film, 2014’s Wild. 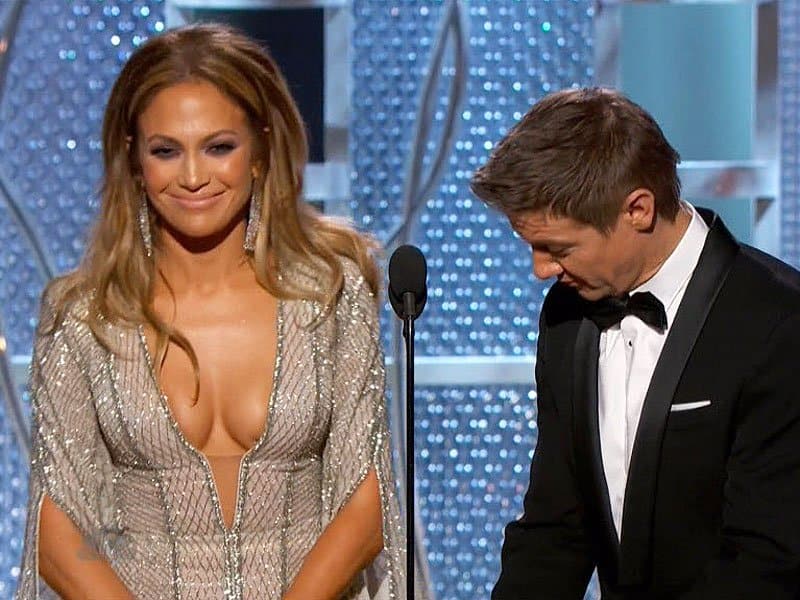 Typically associated with her fabulous rear-end, Jennifer Lopez also rocks a fabulous, and 100% natural, front side.

At the Golden Globes, American actor Jeremy Renner couldn’t seem to take his eyes off of her chest. He even made a quip about J-Lo “having the Globes”. 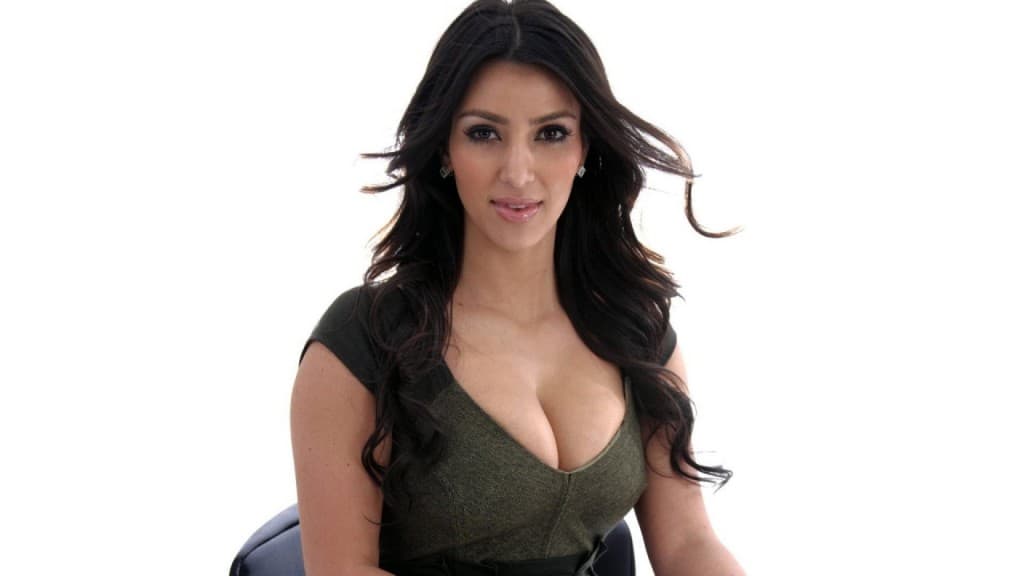 Speaking of celebs known for their voluptuous booties, Kim Kardashian has recently confirmed that her body and her flawless breasts are all natural.

“There’s a lot of plastic surgery rumors that swirl and I’m the first one to be super honest,” she said. “And so everyone was talking about that, saying that they must be, you know, fake. They are real. They are completely 100 percent real.” 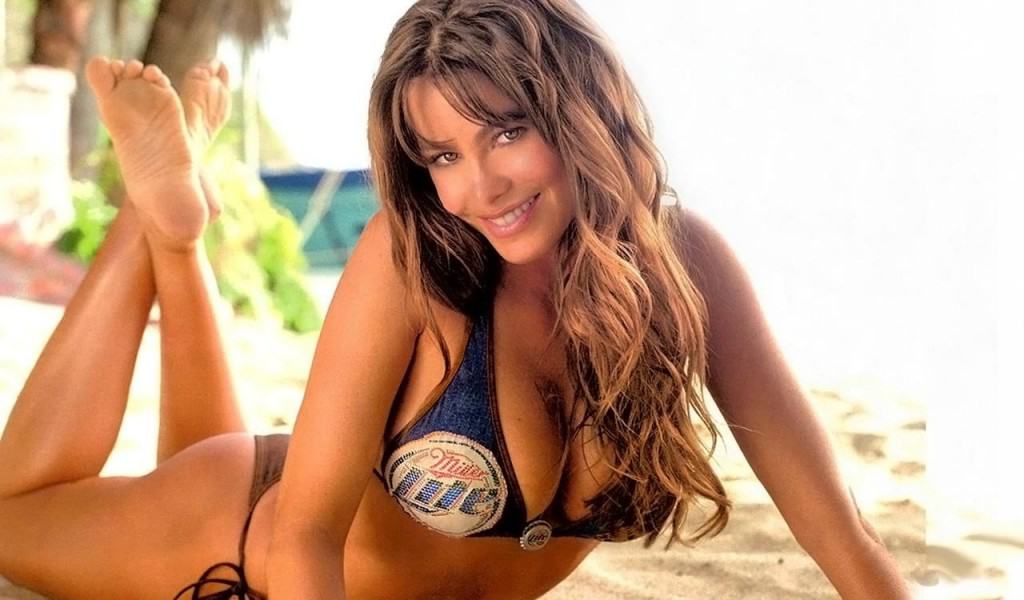 Sofia Vergara, star of the hit ABC sitcom Modern Family, told Vanity Fair magazine that her large breasts can actually be rather burdensome.

“My whole life, buying a bra was a nightmare,” she complained. “What I used to do when I moved to L.A., I found places like Frederick’s of Hollywood that make bras for [strippers].” She adds: “Believe me, I wish I had fake boobs […] My boobs are, like, huge.“ 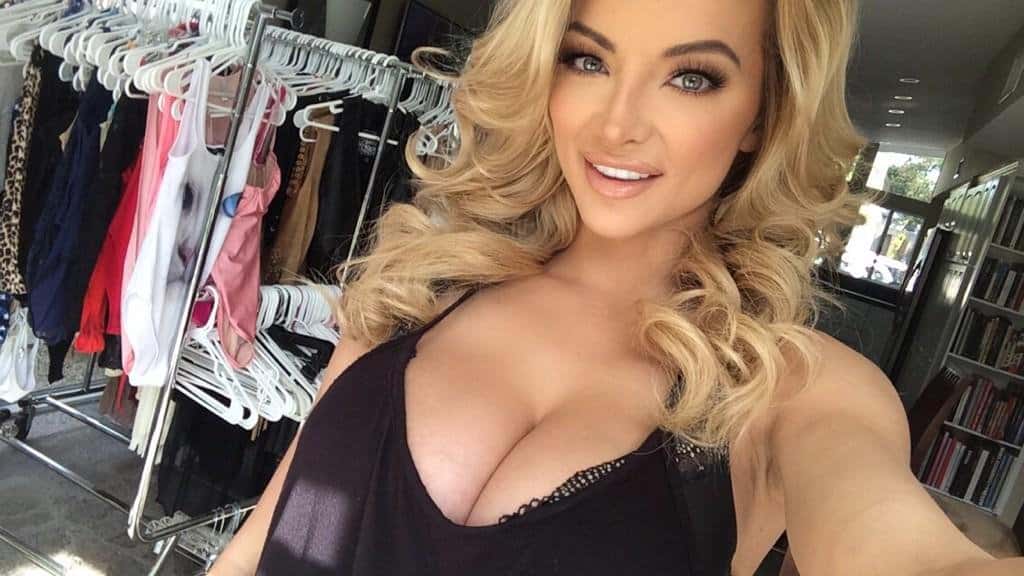 Model Lindsey Pelas achieved fame through the photo-sharing app Instagram, and it’s easy to see why. She rocks a full, voluptuous figure that drives her fans wild. Her amazing breasts, by the way, are 100% real. 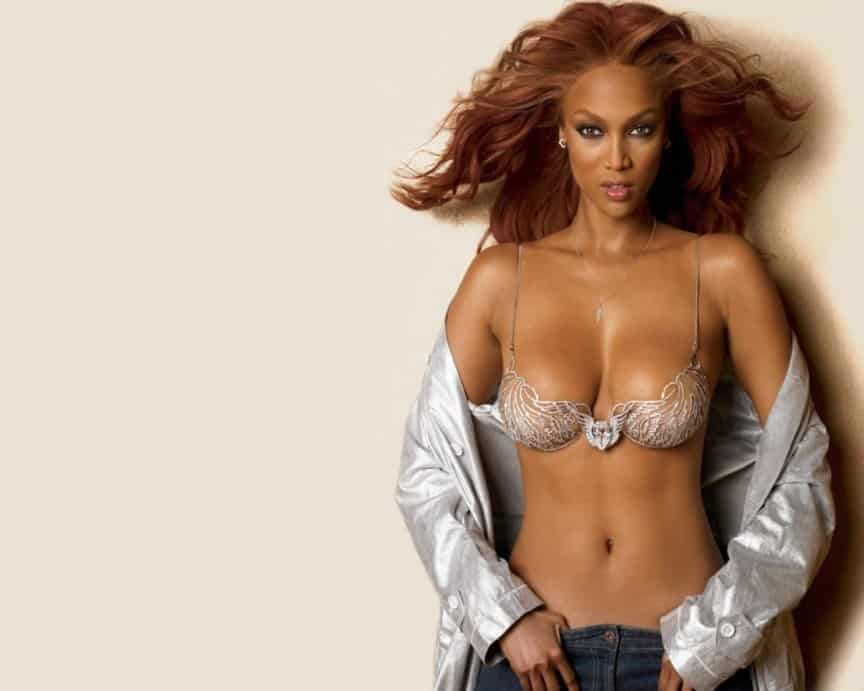 Tyra Banks started her career as a supermodel, but she soon blossomed into the multi-disciplinary industry powerhouse she is today.

Amidst rumors that she had gone under the knife, she had a live sonogram test on her talk show in 2005 to prove her breasts were real. She concluded the segment by telling her audience that breast implants aren’t bad, but they weren’t for her. She’s probably right, because she clearly doesn’t need them! 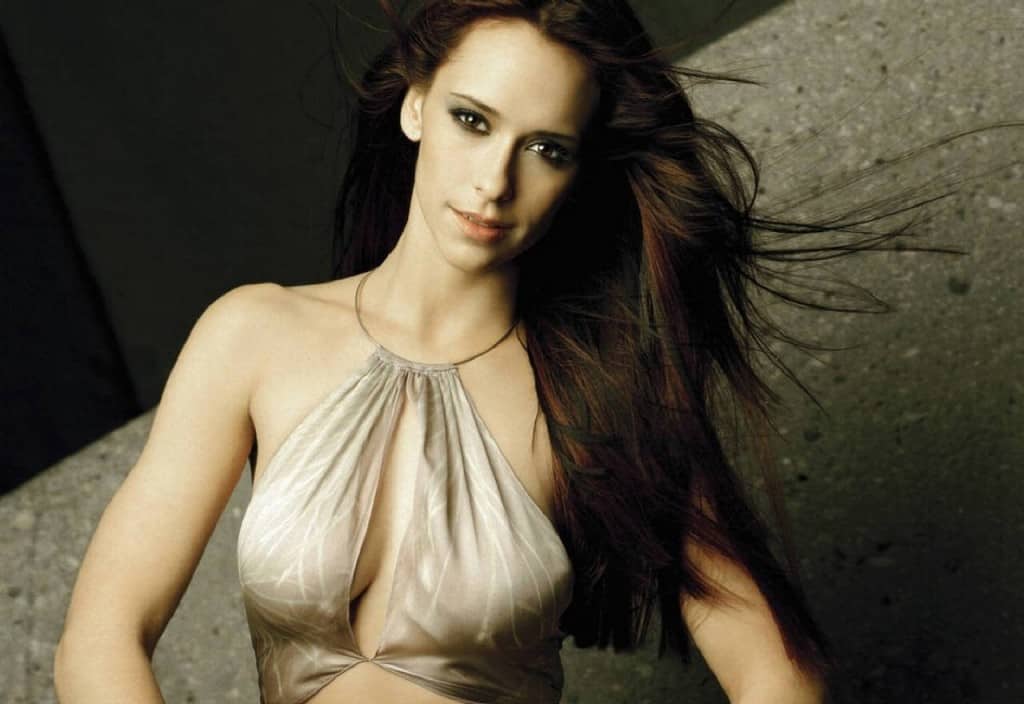 The actress and singer-songwriter Jennifer Love Hewitt has joked that her breasts are her best asset. We don’t know about that, as she’s a very talented soul, but they’re certainly something to behold. In an interview with USA Today, Hewitt joked that she’s considered getting her boobs insured, estimating their value at $5 million. 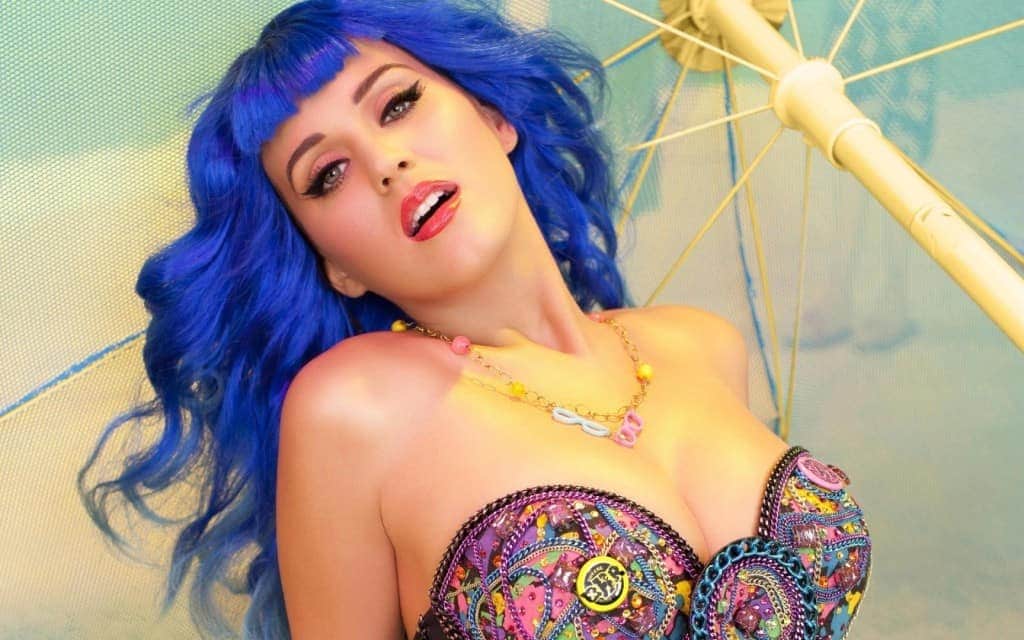 Pop sensation Katy Perry says she prayed for big boobs as a child. “I said, ‘God, will you please let me have boobs so big that I can’t see my feet when I’m lying down?” 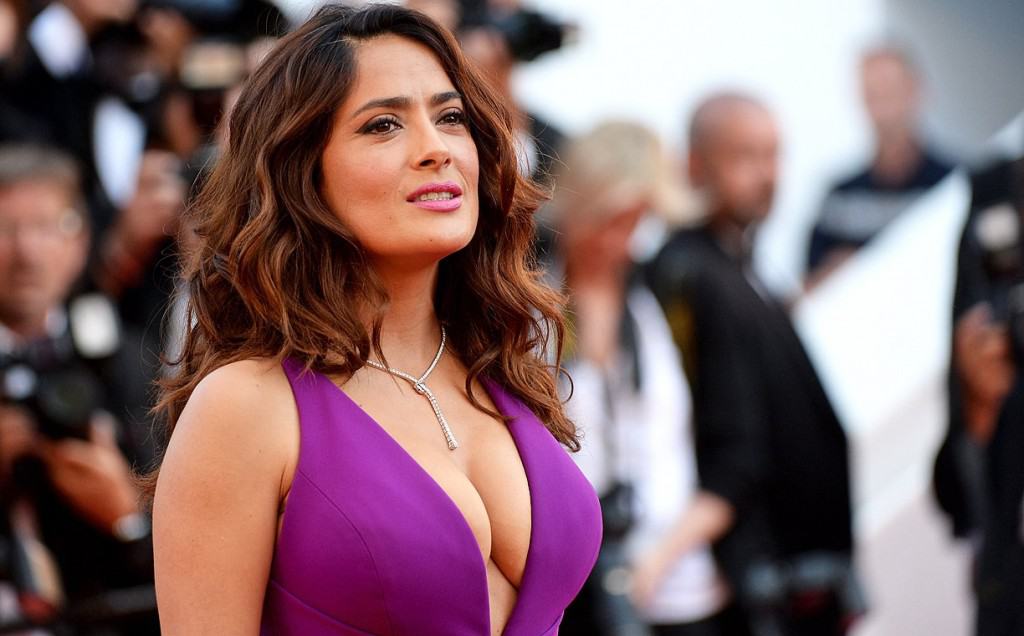 Mexican-American actress Salma Hayek has said she occasionally uses padding to make her breasts really pop, but other than that they’re completely natural. 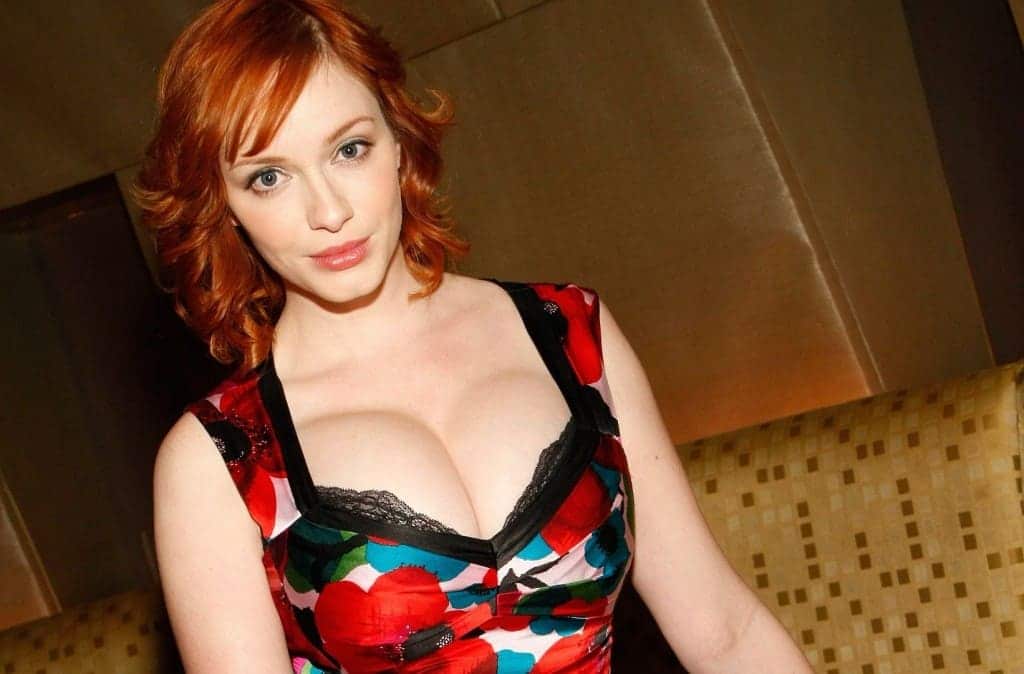 Christina Hendricks is not only renowned for her wonderful acting talent, but for helping to re-popularize curvy women in American media.

Esquire magazine conducted a poll of female readers who named her “the sexiest woman in the world,” and in 2010 she was voted as the “Best Looking American Woman” by the same magazine. 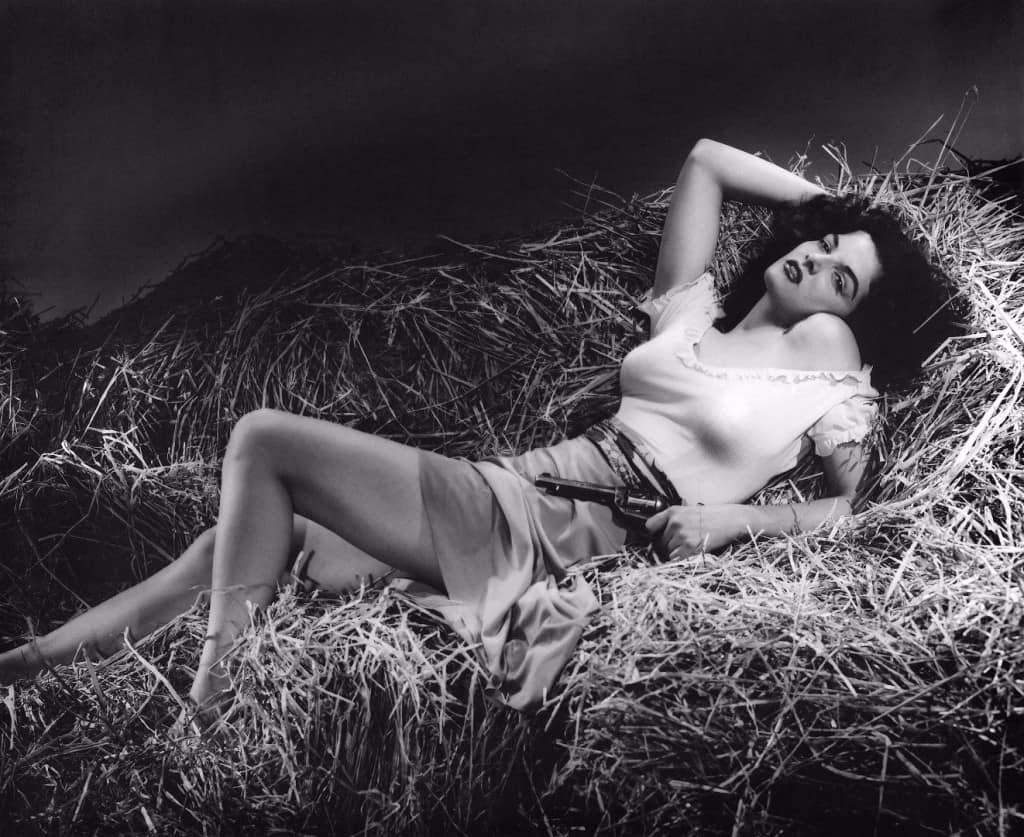 Jane Russell was a Hollywood superstar before the era of plastic surgery. She was the movie industry’s hottest leading lady in the 1940’s and ’50s, and had to have a special underwire bra developed to support her 38D-sized breasts for her first film role in The Outlaw. 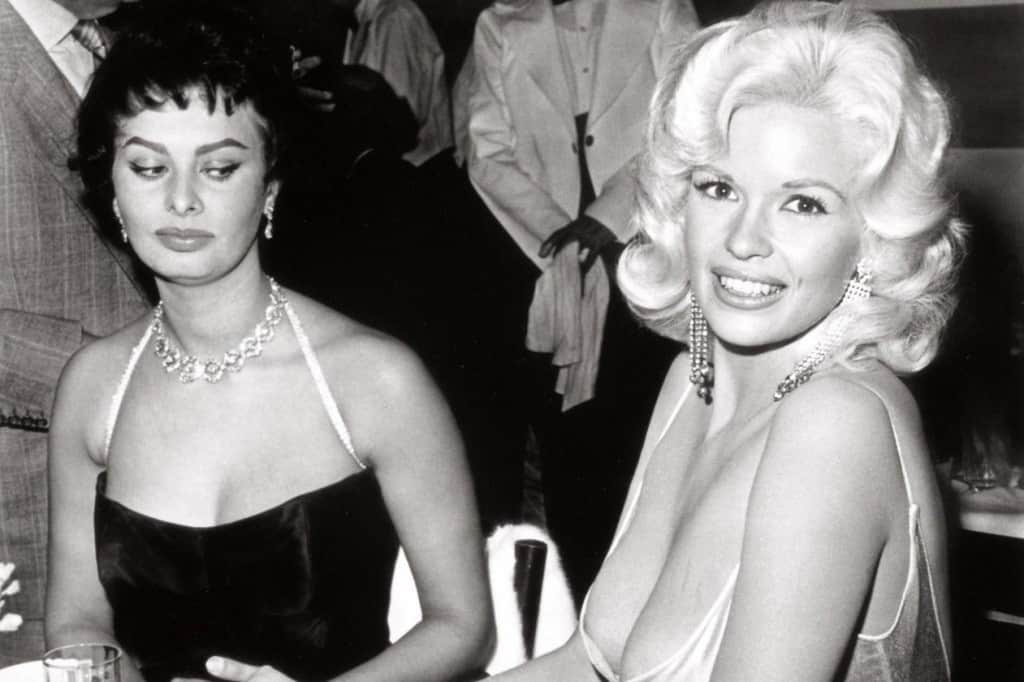 Another classic Hollywood actress who was famously well-endowed is Jayne Mansfield. Attributing part of her success to her naturally large breasts, she said: “A forty-one inch bust and a lot of perseverance will get you more than a cup of coffee – a lot more.“

But she was no stereotypical “blonde bimbo”. She reportedly had an IQ of 153, throwing aside the myth that blonde and busty women aren’t intelligent.

In this photo, Sophia Loren, a contemporary of Mansfield, checks out her goods at the 1955 Cannes film festival. 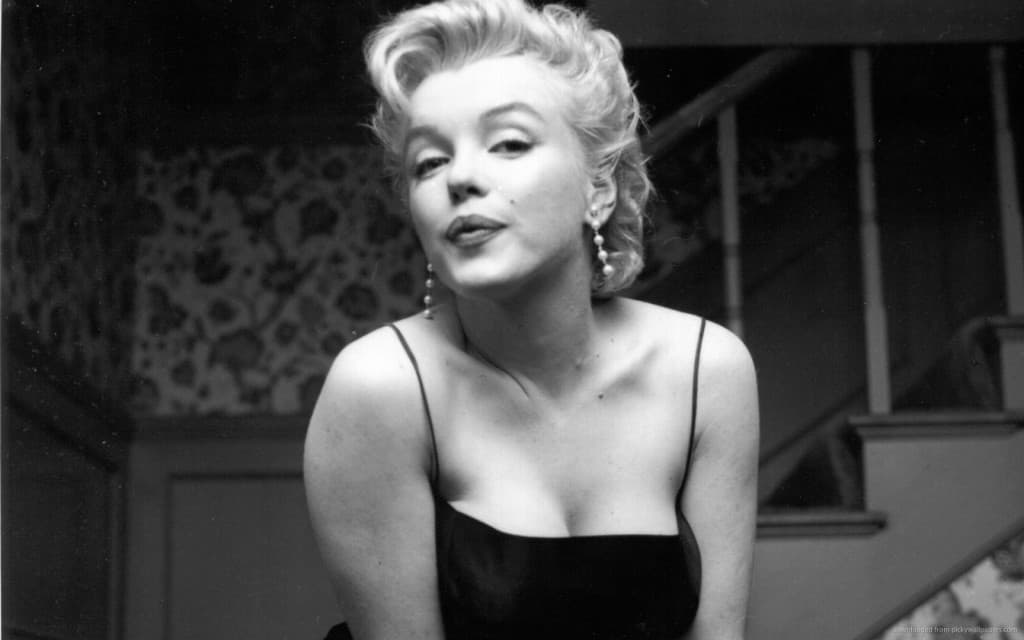 Iconic American actress and model Marilyn Monroe was beautiful in many ways. While people today may not know her exclusively for her breasts, they certainly helped her early career, launching her to stardom with a now iconic nude photoshoot for Playboy. 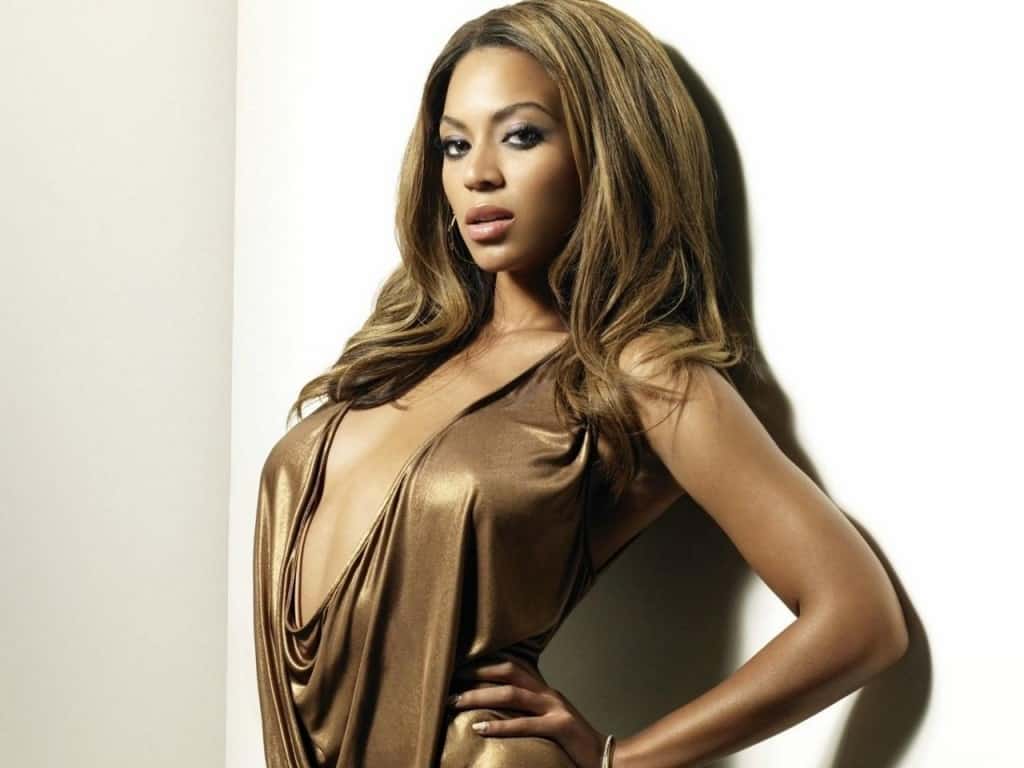 Global pop superstar Beyoncé doesn’t have the largest cup-size in the world, but size doesn’t necessarily determine what makes a stunning pair of breasts. She’s shown off the goods in a number of tantalizingly sexy outfits on stage and on the red carpet. 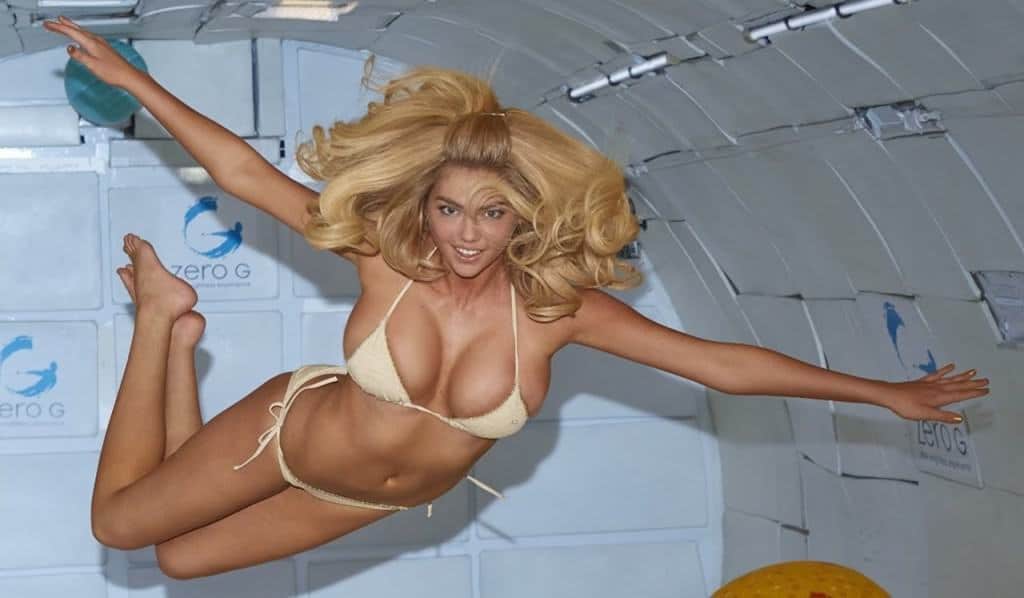 American model Kate Upton is known for her naturally voluminous breasts, and they look even more amazing in zero gravity. 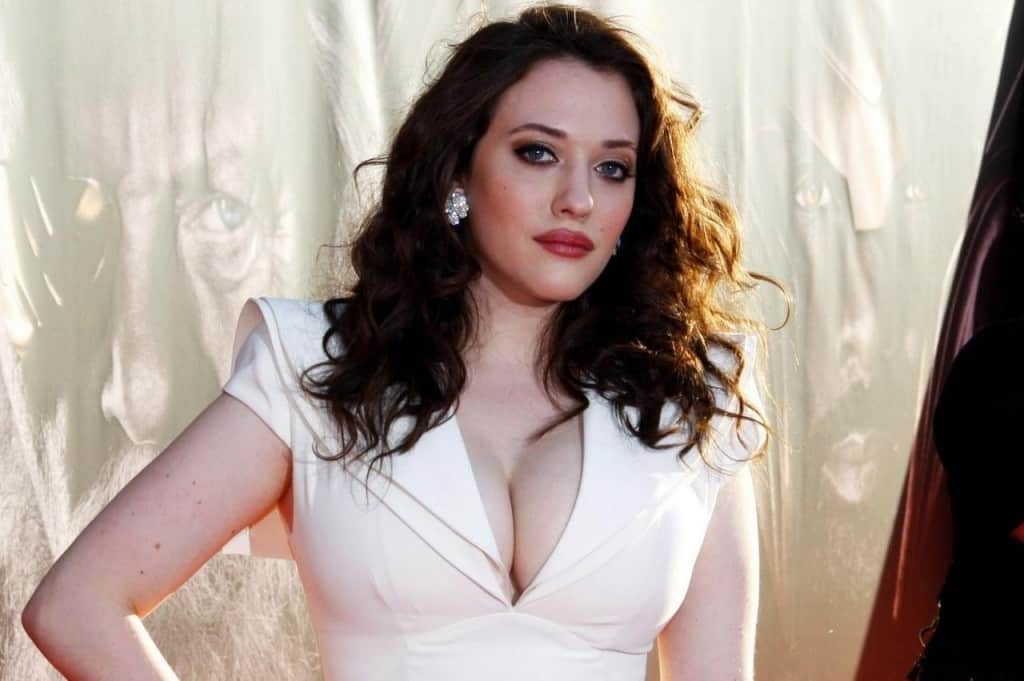 American actress Kat Dennings is perhaps best known for her role as Darcy Lewis in Thor and the sequel, Thor: The Dark World.

She’s a rising star in Hollywood, and she’s never had to go under the knife to enhance her already dazzling good looks. 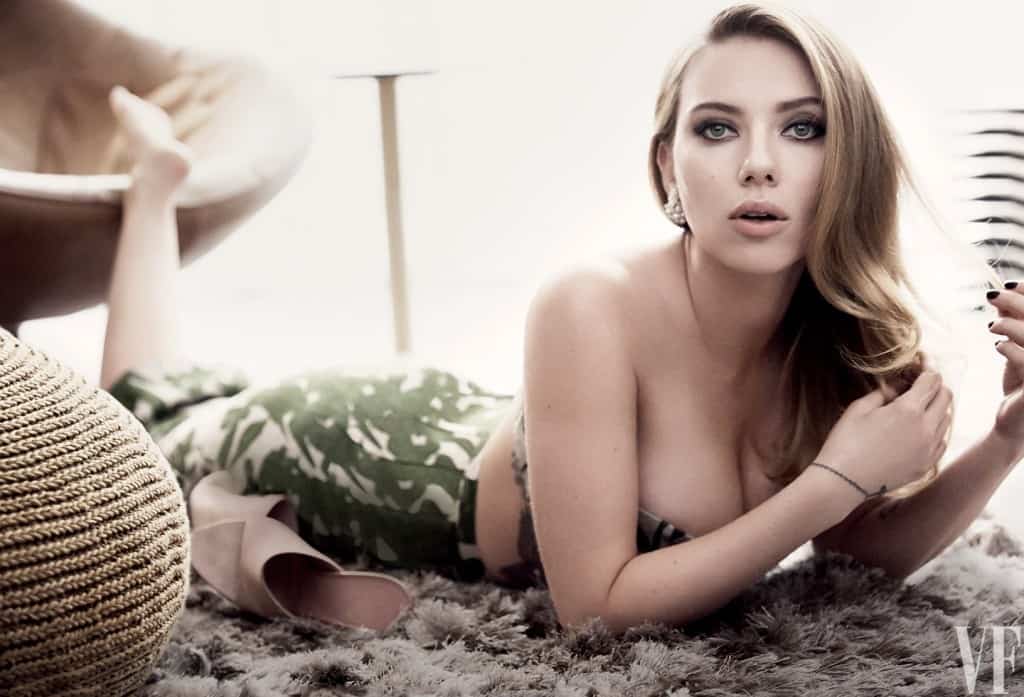 Scarlett Johansson is considered to be one of Hollywood’s most beautiful leading ladies. Despite the occasional speculation that she had breast augmentation surgery, the star remains adamant that her breasts are completely natural. 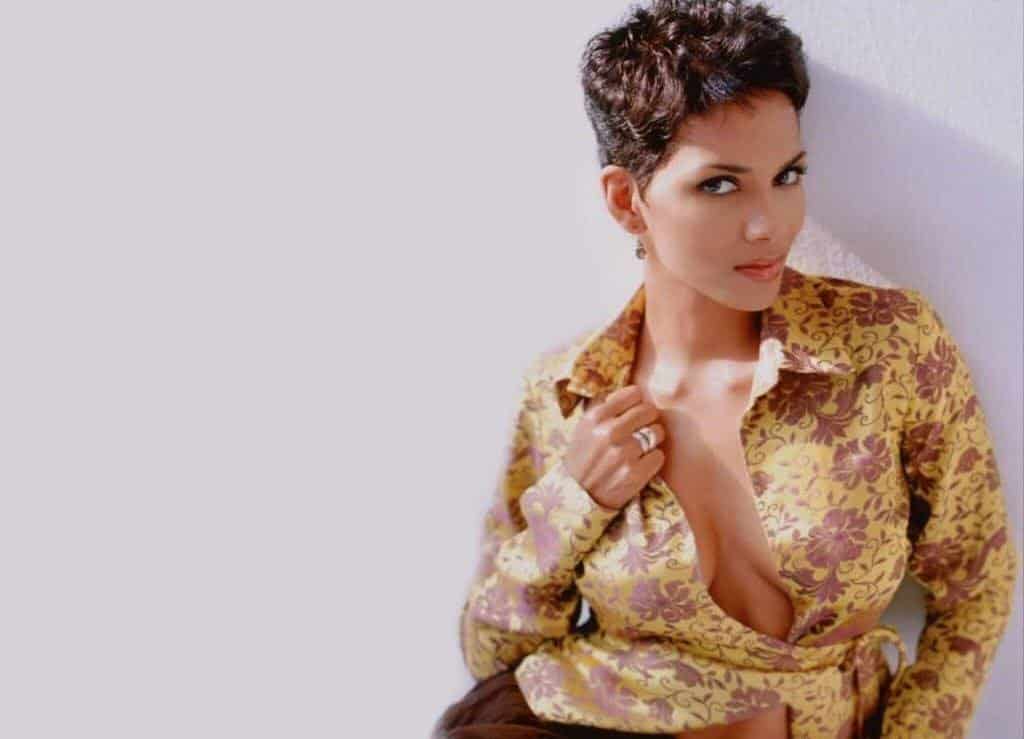 With a long list of hit movies under her belt, Halle Berry is one of the most successful American actresses in the business. While there’s no denying her amazing breasts almost look too perfect to be natural, she has confirmed that she’s never gone under the knife for plastic surgery. 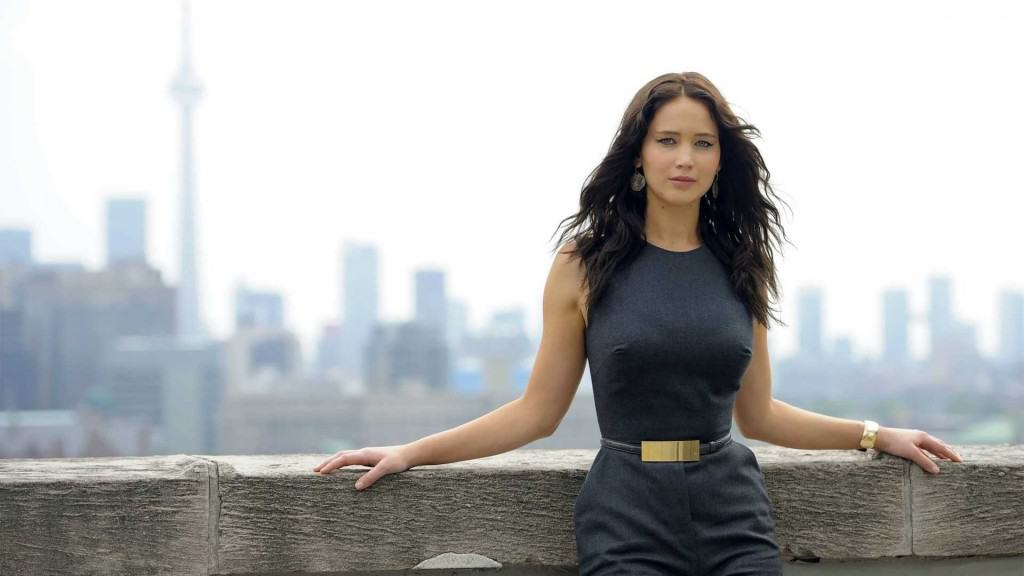 Jennifer Lawrence, or J-Law as she’s known to fans, is perhaps Hollywood’s hottest up-and-coming starlet. She’s shown off her rockin’ body in a series of respectful nude photoshoots, and she maintains her figure is totally natural.

Unfortunately, her privacy was invaded in early 2015 when a number of hacked nude photos hit the web. It may have been a terrible experience for the Hunger Games star, but at least the world got a glimpse of just how naturally beautiful she really is.