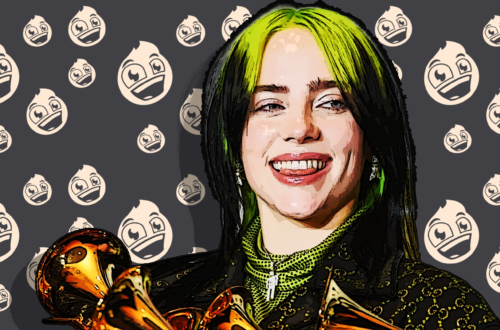 “Bad Guy” singer and style icon Billie Eilish started gaining attention with her single “Ocean Eyes” when she released it on SoundCloud in 2015. The singer-songwriter has since gone on to win 7 Grammy awards and an Oscar. She became the youngest person featured on the 2020 Forbes Celebrity 100 list at just 18 years old. Now 20, she is currently one of the highest-paid musicians. Let’s explore a little more about Billie Eilish’s net worth.

What is Billie Eilish’s Net Worth?

Billie’s net worth as of 2022 is estimated at $30 Million. In 2019, she produced a documentary with Interscope Records that was released to AppleTV+ titled Billie Eilish: The World’s a Little Blurry which earned her a reported $25 million. She’s invested her earnings from her music career in stock markets as well as real estate.

Eilish secretly bought a horse ranch in Glendale, California in 2019 from singer Leona Lewis. The property is only 10 minutes away from her childhood home in Highland Park. She also shares properties with her brother Finneas, both in Los Feliz and Malibu.

Eilish has received a 10% return on her real estate properties, as well as over 24% on her stock market portfolio. It’s estimated her net worth will grow at a rate of 30% over the next few years.

After going viral in 2015, the young singer’s earnings continue to grow through the roof. This is Billie Eilish’s net worth growth per year since 2018:

Who is Billie Eilish?

Eilish was born December 18th, 2001 to actors/musicians Maggie Baird and Patrick O’Connell. She grew up in Highland Park, Los Angeles, along with her older brother, Finneas O’Connell. Maggie and Patrick let Billie and Finneas have the two bedrooms in their 1208-square-foot home, while they slept on a futon in the living room. They also homeschooled their two children, hoping it would help encourage them to pursue their artistic interests. Wow, did that ever pay off!

Finneas learned to write and produce music, including the song “Ocean Eyes.” He originally wrote it for his band, the Slightlys, but decided it was better suited to his sister. Billie and Finneas released the track to SoundCloud on November 18, 2015, after Billie’s dance teacher at Revolution Dance Center requested an original song from them to choreograph. In the following weeks, the song blew up on Sound Cloud.

In January 2016, the A&R company Platoon started working with Billie Eilish to package her for a major record deal. In the meantime, Billie’s publicist connected her with the luxury fashion brand, Chanel. By August of that year, Billie signed to Interscope Records. A year later, she released her EP, Don’t Smile at Me, and Eilish performed on her first tour.

When We All Fall Asleep, Where Do We Go? was Billie Eilish’s first studio album. Released in 2019, Rolling Stone named it one of the 500 Greatest Albums of All Time. Its success with fans made Billie the youngest artist to have a number one album in the United Kingdom. She also set a new record for most simultaneously charting Hot 100 songs by a female artist.

“Bad Guy,” the 5th single released from When We All Fall Asleep, Where Do We Go? is her biggest hit to date. It made its debut on the US Billboard Hot 100 at number seven. In the following weeks, the song climbed to number 1, and she was the first artist to end the epic streak Lil Nas X had with Old Town Road. “Bad Guy” won song of the year at the 62nd Annual Grammy Awards.

In 2021, Billie Eilish released her second studio album, Happier Than Ever. Singles from her latest album include “My Future,” “Therefore I Am,” “Your Power,” “Lost Cause,” “NDA,” and title track “Happier Than Ever.”

Billie Eilish sang the theme from the 2021 James Bond film, No Time to Die. The song was written and produced by Finneas, and together they won Best Original Song at the 94th Academy Awards.

Earlier this year, Billie and Finneas composed the songs “Nobody Like U,” “U Know What’s Up,” and “1 True Love” for Pixar’s latest hit film, Turning Red.

You can see how Billie Eilish’s net worth got to be so massive!

The Future of Billie’s Net Worth

Billie Eilish and brother Finneas will be touring worldwide with the songs from Happier Than Ever throughout 2022. Stops include cities across North America, Australia, New Zealand, and Europe. They are also working on writing Billie’s third studio album. Happier Than Ever has also been nominated for Album of the Year. Looks like she is not slowing down anytime soon, and Billie’s net worth will only continue to grow.

What is Billie Eilish Net Worth?

How much money does Billie Eilish earn?

How tall is Billie Eilish?

How old is Billie Eilish?

When is Billie Eilish birthday?