20 Celebrities And Their Historical Doppelgängers

People often look to their favorite celebrities for aesthetical inspiration and ideas, but these 20 celebrities seem to have been inspired themselves by historical photographs. Fans have discovered historic portraits and paintings of historical figures that undeniably resemble some of the most popular people in the world. Some of these doppelgängers were famous figures themselves, whilst others are largely unknown, but their resemblance to these celebrities is still shocking. Here are 20 celebrities and their historical doppelgängers you have to see to believe. 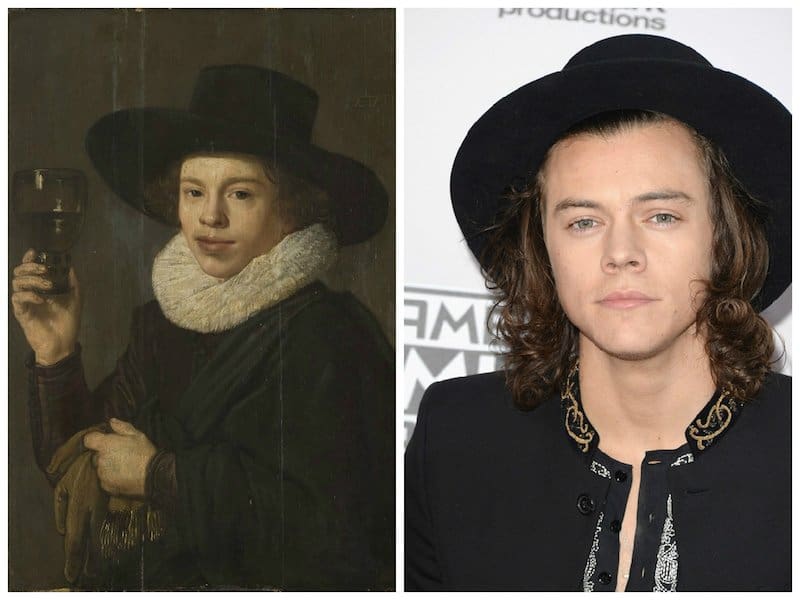 The 21-year-old member of popular boyband One Direction, Harry Styles, looks just like the man in this painting. It appears they even share a hairdresser and this man may have lent Harry his hat. 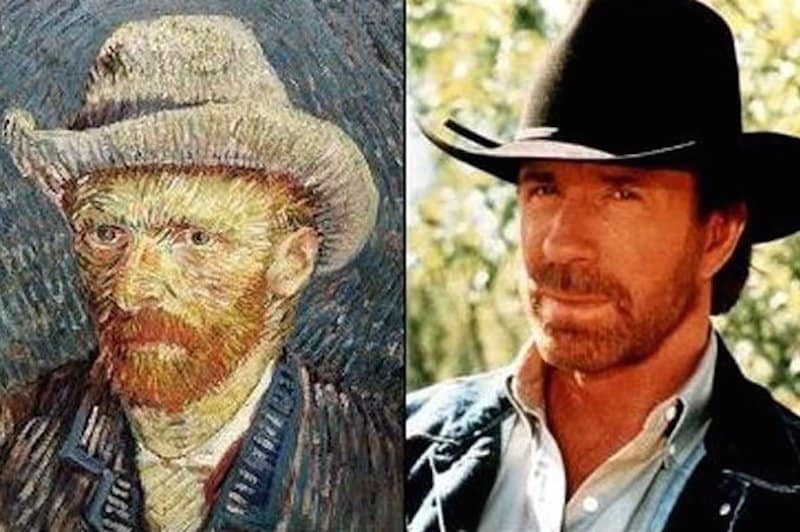 75-year-old actor and martial artist Chuck Norris has been the butt of many jokes throughout his career. His doppelgänger, artist Vincent Van Gogh, has also been poked fun at for years because he cut his ear off in 1888. 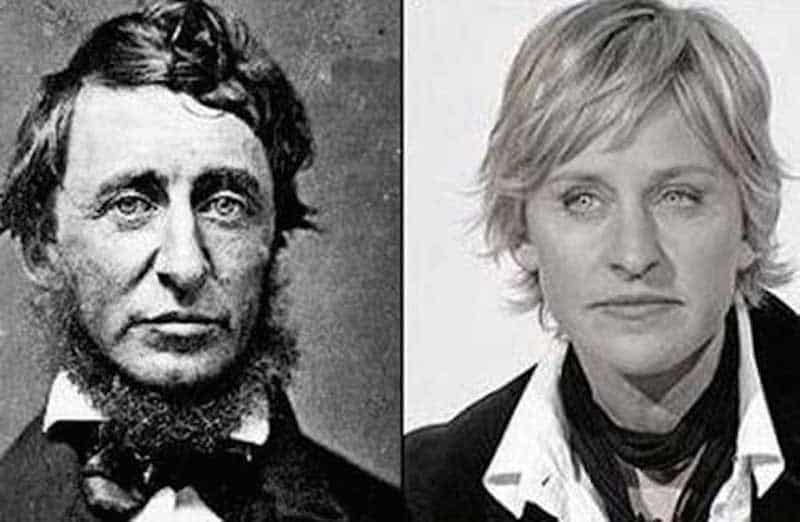 Comedienne and talk-show host Ellen Degeneres would probably have a good laugh at her strong resemblance to Walden author Henry David Thoreau.

Florence and the Machine front woman, Florence Welch, looks just like the woman in this old painting. They even share the same shade of iconic red hair. 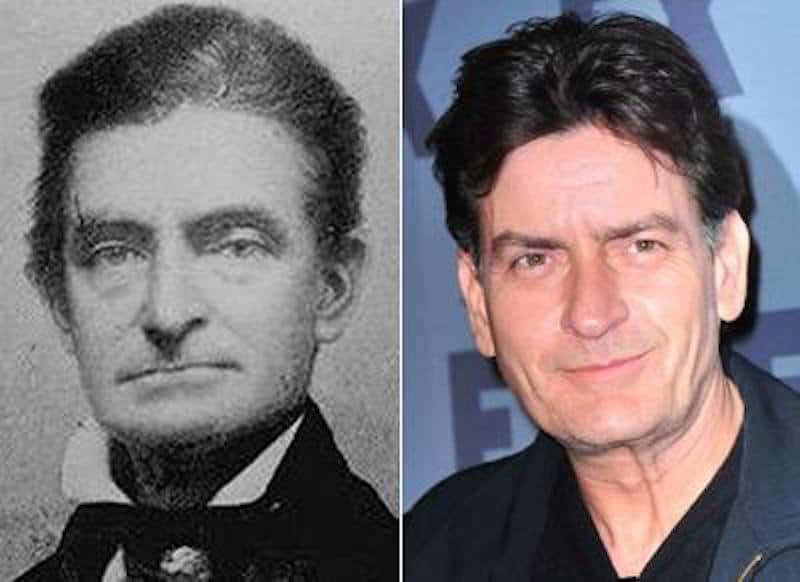 Actor Charlie Sheen’s reputation is anything but honorable. He has had a series of marriages and legal troubles that often land him on magazine covers. His doppelgänger, however, was abolitionist John Brown who was hanged in 1859 for trying to overthrow the institution of slavery in the United States. 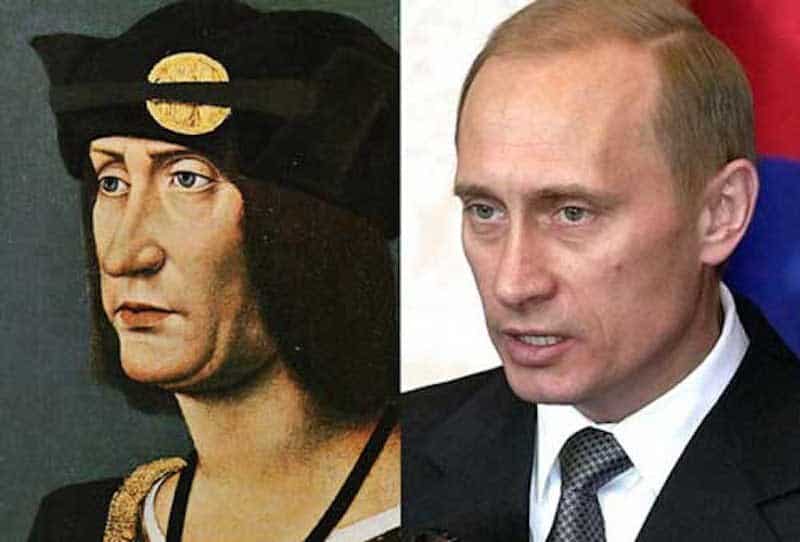 The incredibly controversial Russian President, Vladimir Putin (62), probably would’t find the humor in his resemblance to the man in this old painting. 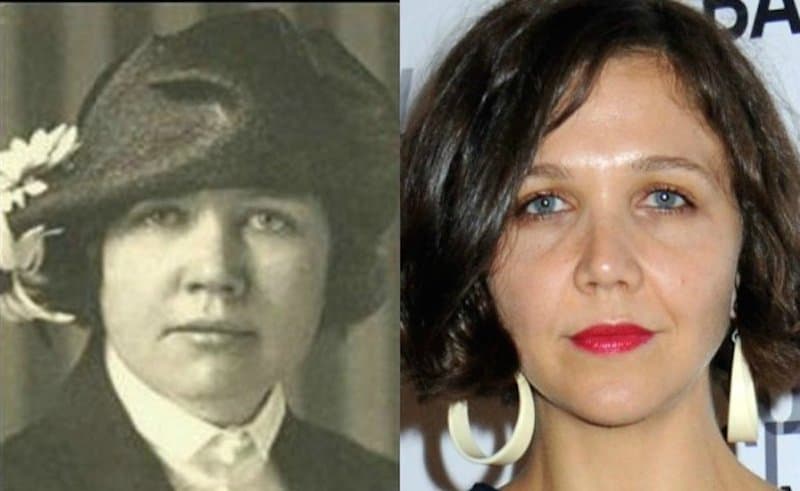 Rose Wilder Lane, left, was a women’s rights activist and journalist. Actress Maggie Gyllenhaal (Dark Knight) must be proud to resemble such an important historical figure! 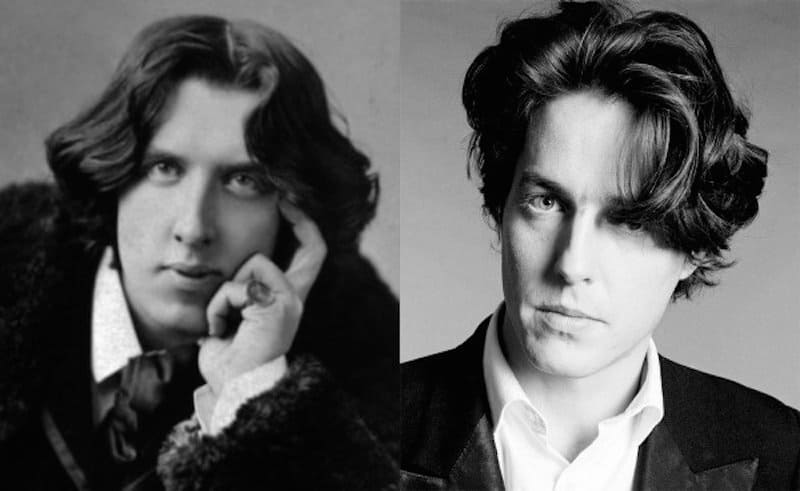 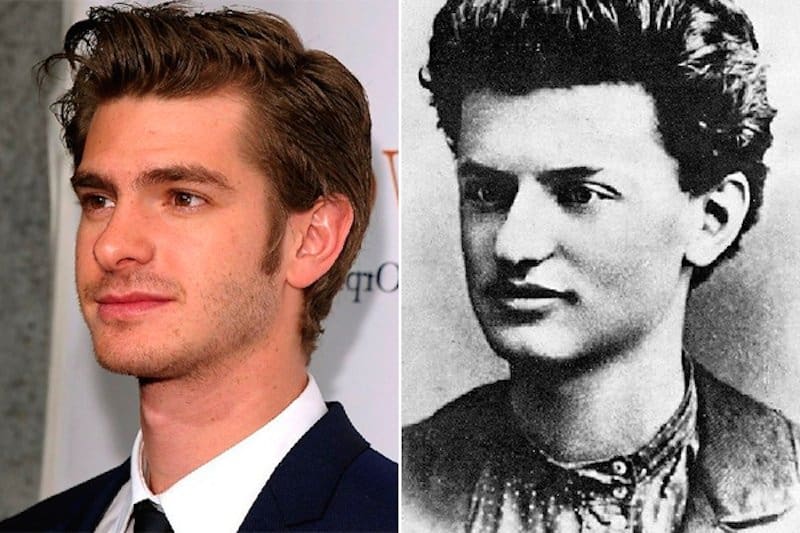 Actor Andrew Garfield is best known for playing Peter Parker in Spider-Man. His doppelgänger is Marxist Leon Trotsky, who died in 1940, and is known for his political involvement and revolutionary actions. Though they may have completely different lives, their resemblance is undeniable. 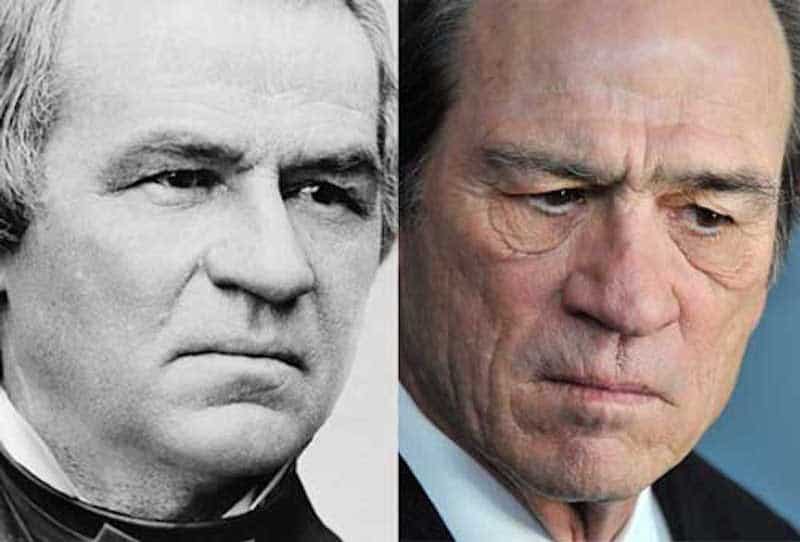 Tommy Lee Jones is an actor known for playing mostly serious roles, including his work in No Country For Old Men, The Fugitive, and Natural Born Killers. His doppelgänger, Andrew Johnson, took on a pretty important and serious role himself when Abraham Lincoln was assassinated and Johnson became the 17th President of the United States in 1865. 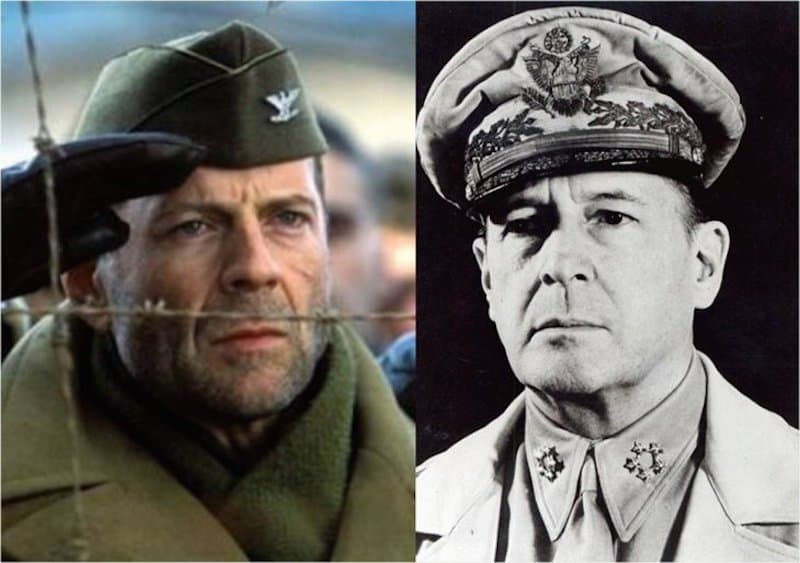 Actor Bruce Willis has starred in many war movies (including Hart’s War), which makes his resemblance to five-star WWII general Douglas MacArthur all the more striking. 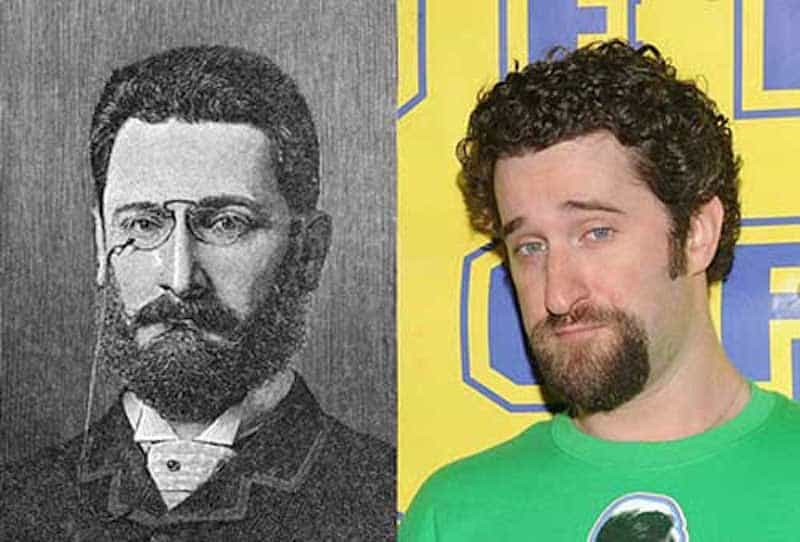 Dustin Diamond is best known for his role as Screech on the television show Saved By The Bell. Joseph Pulitzer, a newspaper publisher and creator of the Pulitzer Prize, looks like he could be Diamond’s great-great grandfather. 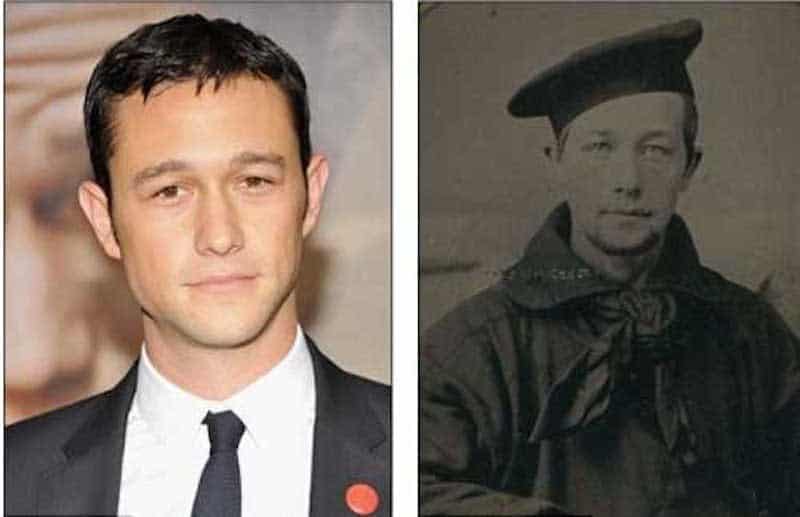 Actor Joseph Gordon-Levitt (The Dark Knight Rises), bears a striking resemblance to the man in this old photograph. From the same mouth shape right down to the same ears, they definitely look like they could be related. 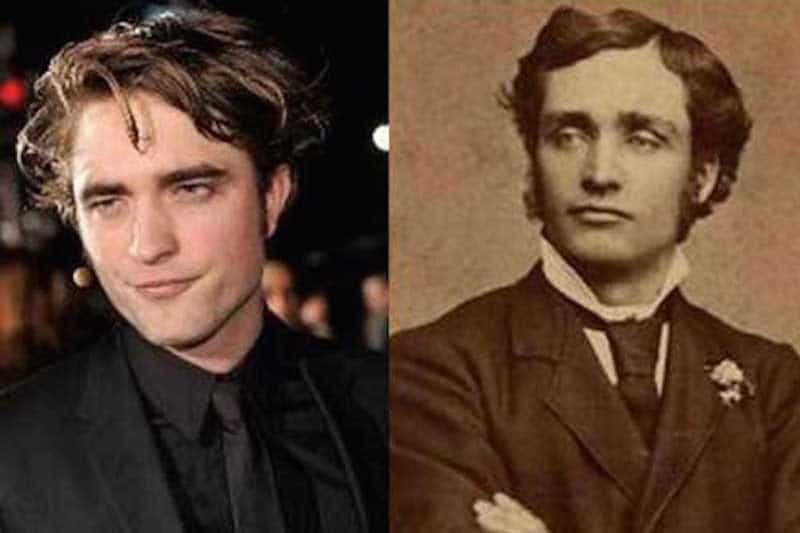 Robert Pattinson rose to fame thanks to his role as Edward Cullen in the massively successful Twilight series. Edward Cullen had been alive for over 100 years but it looks like his doppelgänger was alive even before that. 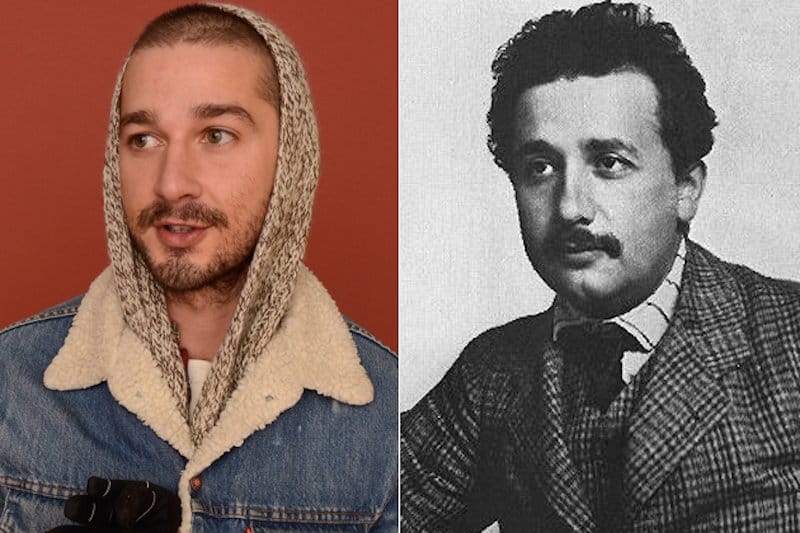 Actor Shia LaBeouf from the Transformers movies is known for being eccentric, and his doppelgänger, Albert Einstein, was too. However, Einstein, a physicist, may have made more substantial contributions to the world. 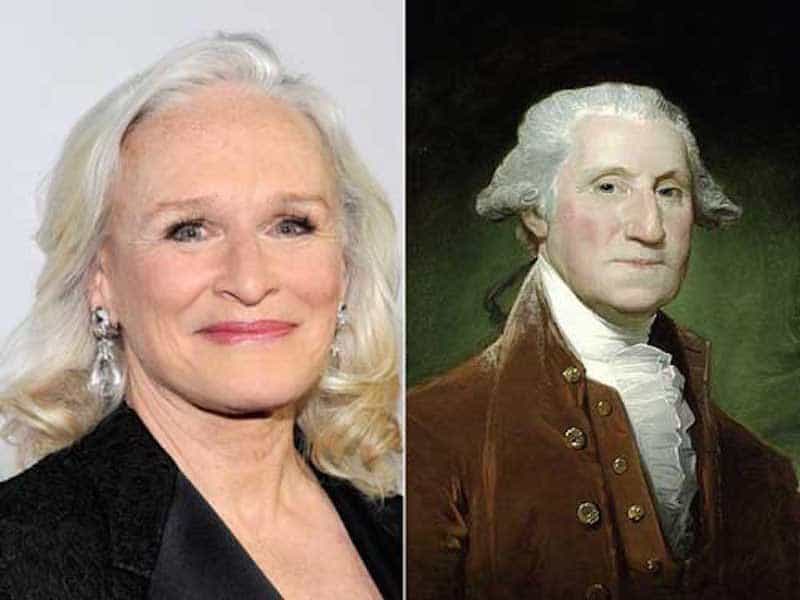 George Washington was born in 1732 and, as the first president of the United States, is one of the most important political figures of all time. Actress Glenn Close (Fatal Attraction), shares many similar facial features with the first president. 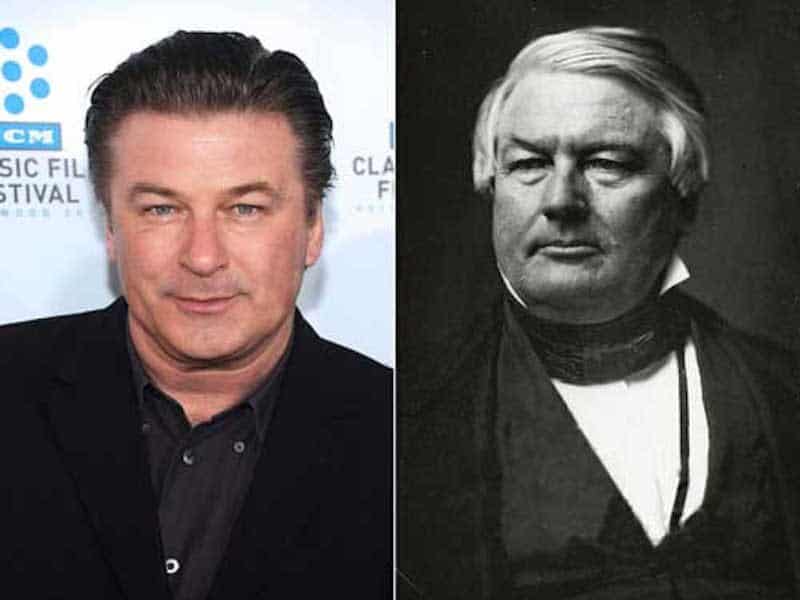 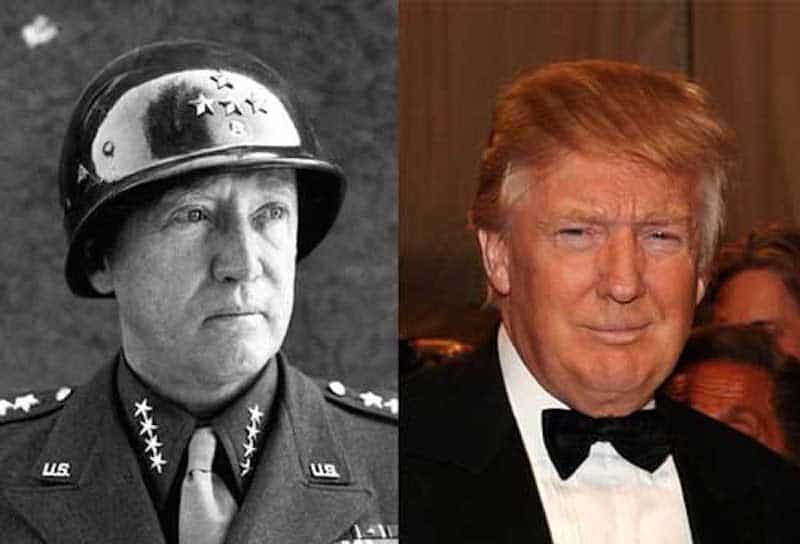 Donald Trump is a very successful businessman and television personality. He is best known for his hairstyle, his hotels, and his reality show, The Apprentice. This old portrait of American General George Patton looks like he could be a long lost relative of Trump’s. 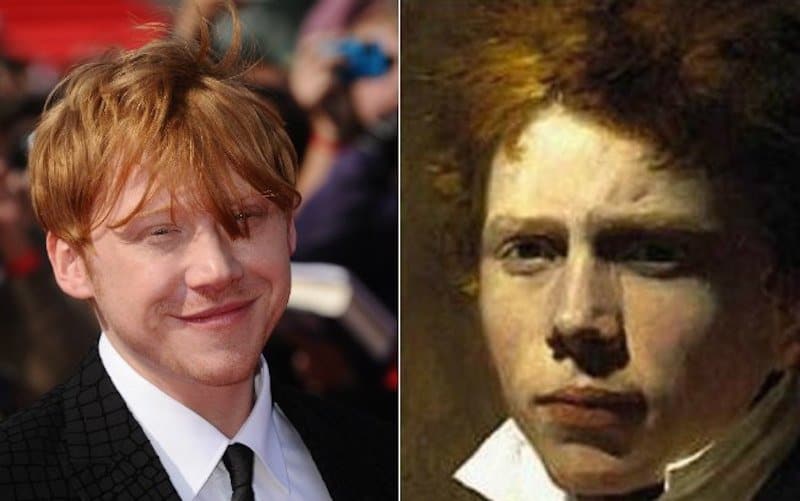 Rupert Grint is famous for his bright red hair and his role as Ron Weasley in the hugely successful Harry Potter franchise. His doppelgänger, artist Sir David Wilkie, shares the same red hair, but is best known for his incredible paintings. 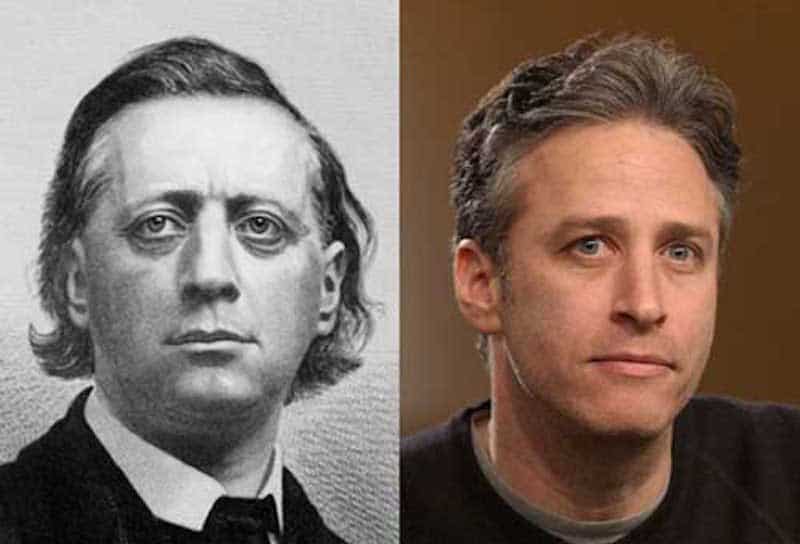 Comedian and talk-show host Jon Stewart is famed for his sharp political humor. His doppelgänger, abolitionist Henry Ward Beecher, certainly would have had a lot to discuss with Stewart had they been alive at the same time.