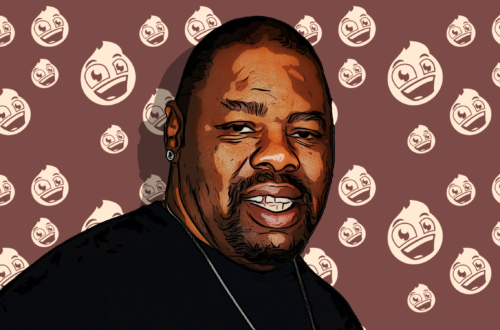 Biz Markie was born Marcel Theo Hall, on April 8, 1964 in Egg Harbor Township, New Jersey, and he was a popular American rapper. Many people will likely remember Biz Markie’s popular old-school jams such as “Just a Friend” and  “The Vapors,” which came out in the ’80s. Not only were Biz Markie’s songs catchy, but they were also quite comical and could give a person a good laugh. For instance, his song, “The Vapors,” wasn’t necessarily intended to be humorous, but the way he rapped the lyrics made it, and many of his other songs funny, and people couldn’t help laughing despite the seriousness of his lyrics.

Many who knew of Biz Markie weren’t aware that he was more than just a rapper; he was very versatile and talented in many ways. In addition to rapping, Biz Markie wrote music, produced records, worked as a disc jockey, and sang. His multiple talents enabled him to earn over $20 million a year, even when his songs were no longer popular. Biz Markie even DJ-ed on “Hip Hop Squares,” a VH1 game show.

The Clown Prince of Hip Hop

Biz Markie was nicknamed the “Clown Prince of Hip Hop” by those who knew him well. Why? According to his loved ones, Biz Markie always remained positive and had a great sense of humor, which he expressed in his lyrics throughout his music career. All this was during a time when police brutality, violence among blacks, and street gangs had reached great heights, but Biz Markie’s positive attitude was always present. His attitude and his ability to entertain others is what made Biz Markie so well-liked among his friends, loved ones, and even his fans.

Biz Markie died on July 16, 2021, at 57, in a Baltimore hospital due to complications from type II diabetes. The deceased hip-hop artist first suffered from a stroke, which then caused him to go into a diabetic coma. Before Markie’s death, several rumors were floating around on social media, stating that Biz Markie was already dead. This angered legendary rapper Big Daddy Kane, who was close to Biz Markie and considered him like a brother. Big Daddy Kane stated that people needed to get their facts straight before spreading inaccurate information. Unfortunately, Biz Markie actually did pass away about a month after the disturbing rumors began.

Big Daddy Kane became “brothers” with Biz Markie when Biz started his career beatboxing for Big Daddy Kane’s Juice Crew Collective in 1986. Biz Markie began going to nightclubs to perform, which is how he landed this life-changing gig with Big Daddy Kane.

After Biz Markie got his start with Big Daddy Kane, he decided to create his first album. His debut album Goin Off” was released in 1988, and one of the most memorable songs from this album was “Make Music with your Mouth, Biz.” Another memorable song from Biz’s debut album was “The Vapors,” although many people had no idea what “The Vapors” was referring to. “The Vapors” referred to a situation in which a person treats another person in a negative manner, but then, at another time, the person regrets treating that person negatively and begins treating the person in a more respectable manner. It may sound complicated, but it made much sense to Biz Markie and those who understood the song’s meaning.

Many people have commented about Biz Markie having only one song that was among the many one-hit wonders with “Just a Friend,” but even though he only had one official hit, that wasn’t the only song to become popular. While “Just a Friend” was the only song to make it to the top of the Billboard, many of Markie’s other songs made it to the Billboard charts, although not in the top ten. Even though Biz Markie only had one song to make it to the Billboard Hot 100 in 1989, many believed that his other music should have been hits, as well.

Other Albums by Biz Markie

Biz Markie came out with additional albums after “Goin’ Off,” and his second album was titled, “The Biz Never Sleeps.” This album and many others were released by Cold Chillin Records. His second album is the one that contained several songs, including his hit song, “Just a Friend.” Biz Markie released several additional albums, including “I Need a Haircut,” in 1991, his third album, and “Weekend Warrior,” his final album in 2003. Even after “Weekend Warrior” was released, Biz Markie continued to perform regularly.

Other Notable Accomplishments By Biz Markie, the Great American Rapper

Biz Markie didn’t allow his fame to end or be limited to only the music industry. Although Biz Markie didn’t release another album after 2003, he continued to generate a great deal of money through his various accomplishments aside from his music career. Biz Markie’s estimated net worth was around $2.5 million, and he continued to make $20 million each year. Not only did Biz Markie host a Sirius XM radio station with LL Cool J, but he had other collaborations with different artists, such as Nick Cannon, with “Wild & Out,” among others. Biz Markie also dabbled in a bit of acting, and he appeared in “Men in Black II” as an alien parody version of himself, in addition to appearing in more than 40 episodes of the children’s Nickelodeon show, “Yo Gabba Gabba.” In addition, Biz Markie created music with the Beastie Boys, and he even opened for Chris Rock’s tour, a popular comedy tour.

What is Biz Markie Net Worth?

How much money does Biz Markie earn?

How tall is Biz Markie?

How old was Biz Markie?

Biz Markie was 57 years old at the time of their death.

When is Biz Markie birthday?