19 Strange And Wonderful Animals Could Go Extinct In Your Lifetime

Some of these animals might not be missed, but they are very cool animals who are important parts of ecosystems throughout the world. The 19 animals on this list are all critically endangered or worse, meaning very few (if any) are still alive in the wild. A species can become endangered for many reasons; one main reason is because of humanity encroaching on their habitat. Regardless of how they’ve sadly achieved the status they’re at, these nineteen animals may go extinct within your lifetime. Check them out below, and you may be inspired to do something about it. 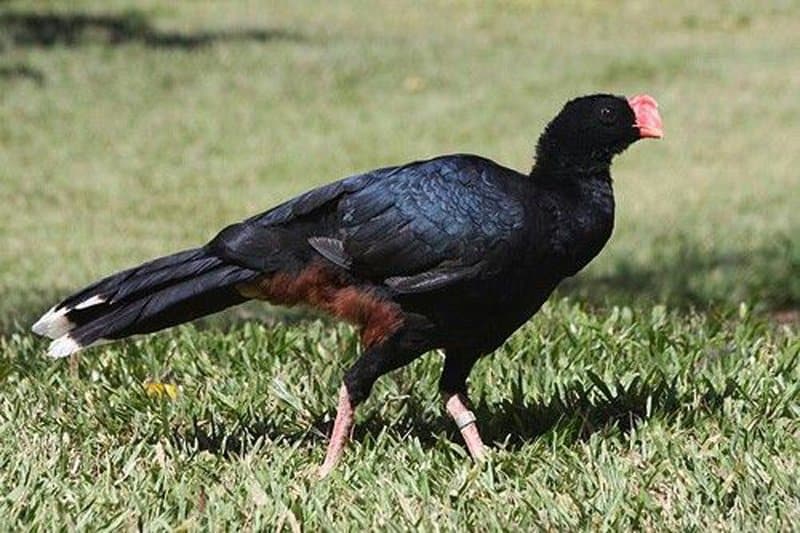 Named after the part of Brazil where they were found, no Alagoas Curassow’s can be found in the wild. For a long time, people weren’t even sure these birds existed because they have always been hard to find. Only 130 of these birds live today in captivity. 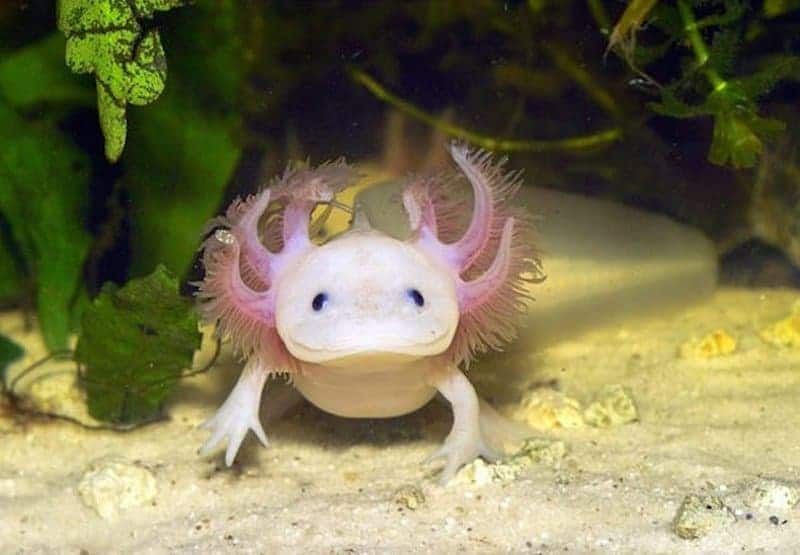 The Mexican walking fish isn’t actually a fish, rather it’s an amphibian. It’s also known as the Axolotl, and is nearly extinct due to pollution. 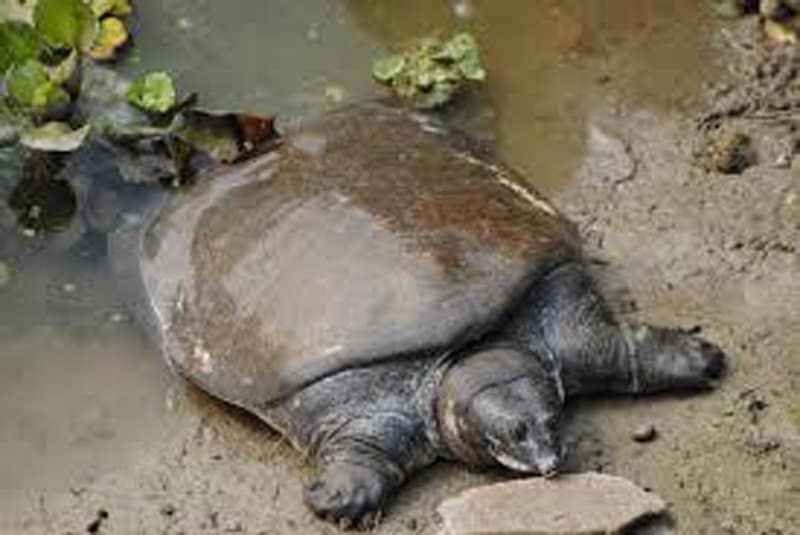 These turtles now only exist in an Indian shrine where the caretakers will not allow any specimens to be taken out for experiments or to be reintroduced into the wild. They are believed to be the descendants of some sinners that a saint turned into turtles back in the 13th century. That’s one way to keep a species safe. 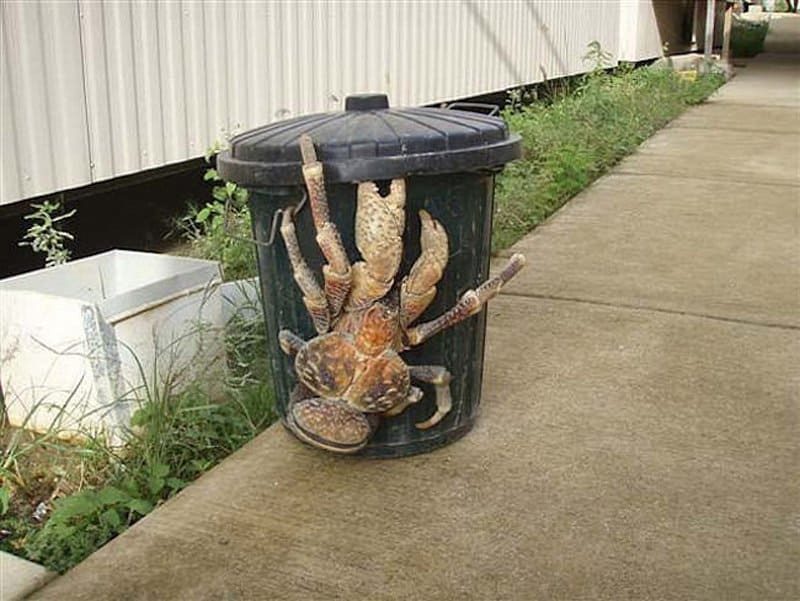 Here is one that you probably won’t miss. This creepy, huge crab is the largest member of the spider-family that lives on land. Why would such a huge, ugly animal such as this be going extinct? Believe it or not, his flesh is considered an aphrodisiac and a delicacy in Southeast Asia. 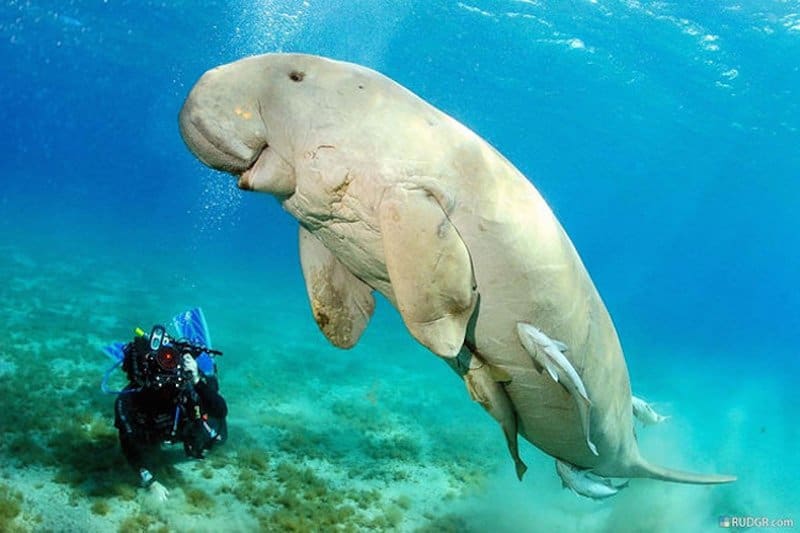 The dugong has been and continues to be hunted for meat and oil. Since they live a long time and they don’t reproduce much, they are in particular danger of extinction. 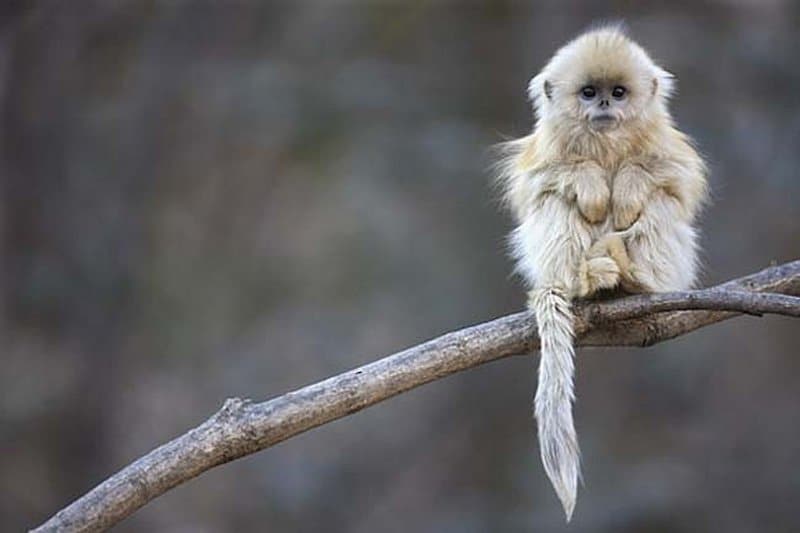 This guy is too cute! However, he’s endangered because he is such a picky eater. He will only eat lichen, which is found mainly in dead trees, so deforestation is driving this cutie and his friends into extinction. We need to use less paper and he needs to try eating something else. 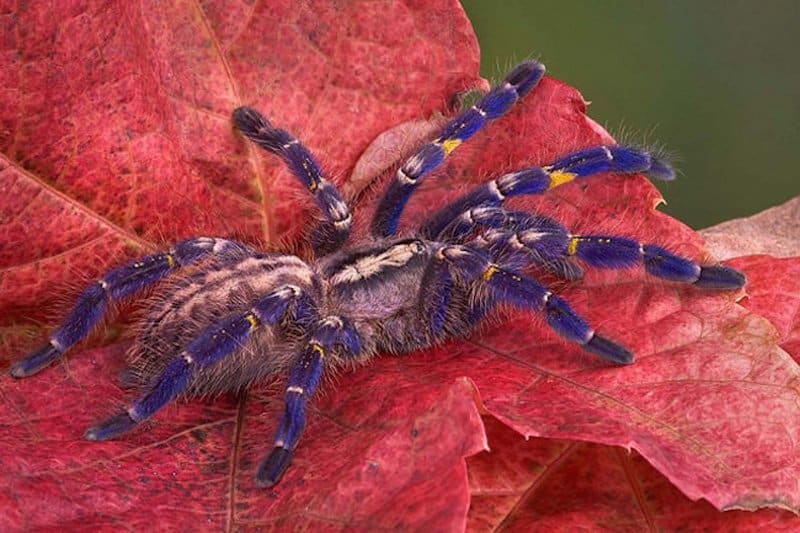 Never thought a spider could be pretty, right? He’s only found in a very specific part of the world. He’s endangered by deforestation and tarantula-enthusiasts collecting them. 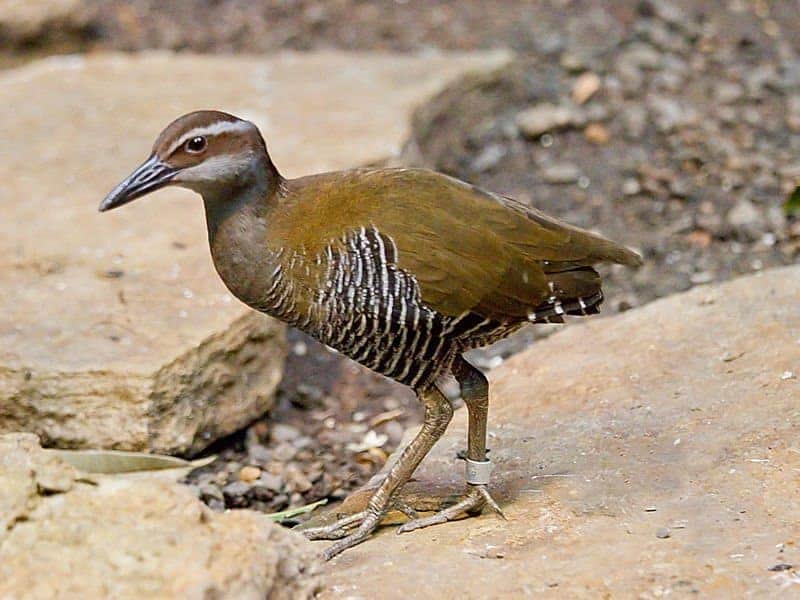 The Guam Rail was once found only in Guam. Now it is only found in captivity in Guam and in zoos in the US. While there have been efforts to regrow the population, they are still frequent victims of feral cats and fatal accidents. 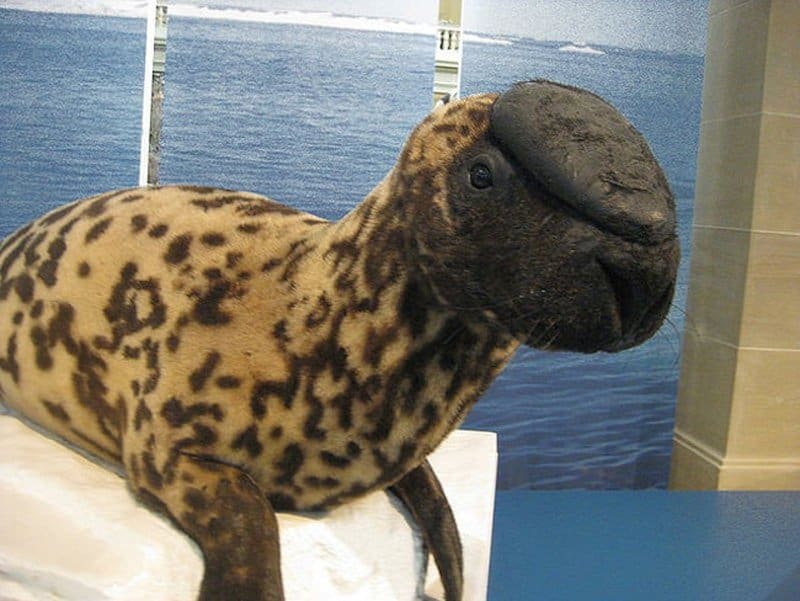 This seal with a very cool coat used to be heavily hunted for it’s skin. Now, it’s a victim of bycatching. That means that it gets caught in fisherman’s nets while the fishermen are trying to catch something else. You are more likely to see a UFO than you are to see one of these nocturnal creatures. It was only photographed for the first time in 2009. There is believed to be only 100 of them left in the world. 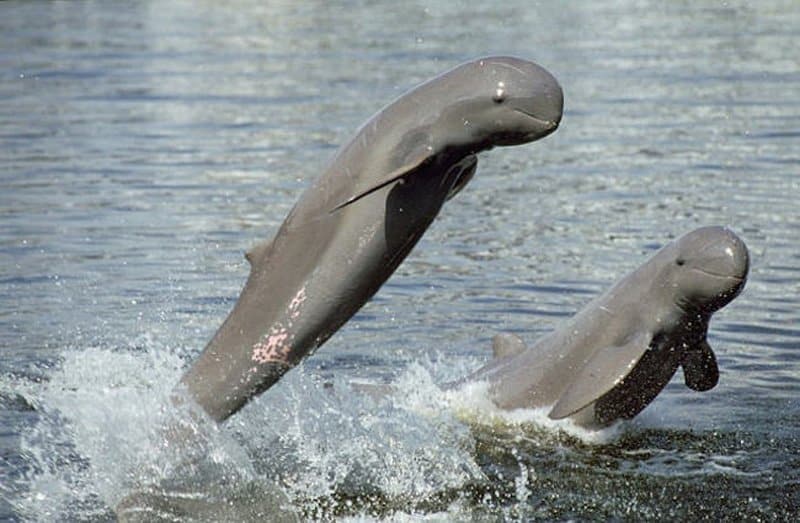 These guys are closely related to the Killer Whale, if you can believe that, and live almost exclusively in Bangladesh. They are endangered due to loss of food supply as well as accidentaly getting caught in fishermen’s nets. 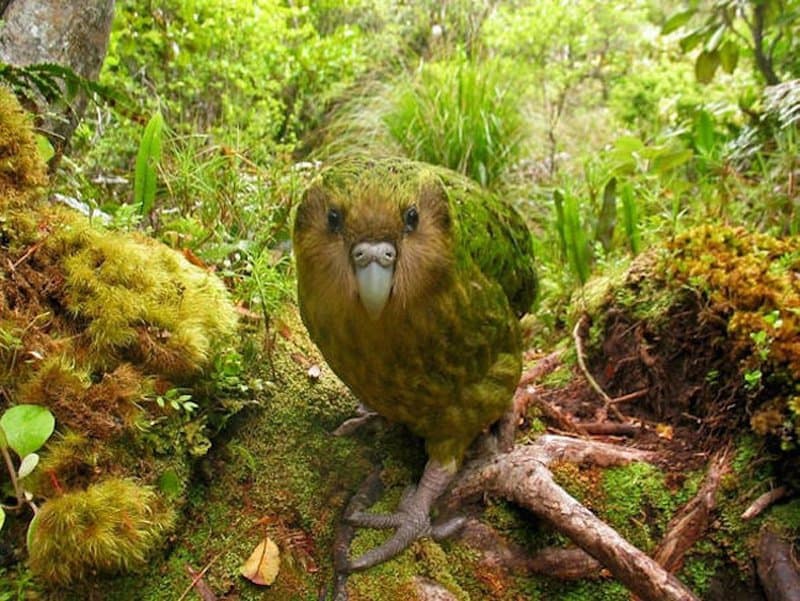 You might have to look twice to find the animal in this picture. This large, flight-less parrot is found in New Zealand. He was doing pretty good until non-native predators, such as cats and ferrets, were introduced. Now the government is keeping a close eye on them on islands that are predator-free. 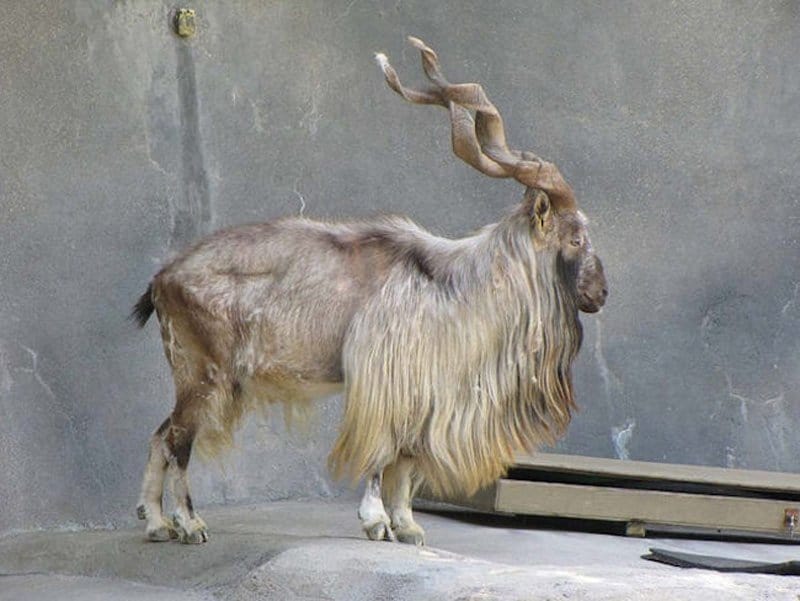 It looks like it came out of a fantasy movie. You can almost hear his voice, a wise old man voice speaking to your favorite protagonist. But he’s real and no one knows exactly how many still exist out in the wild. 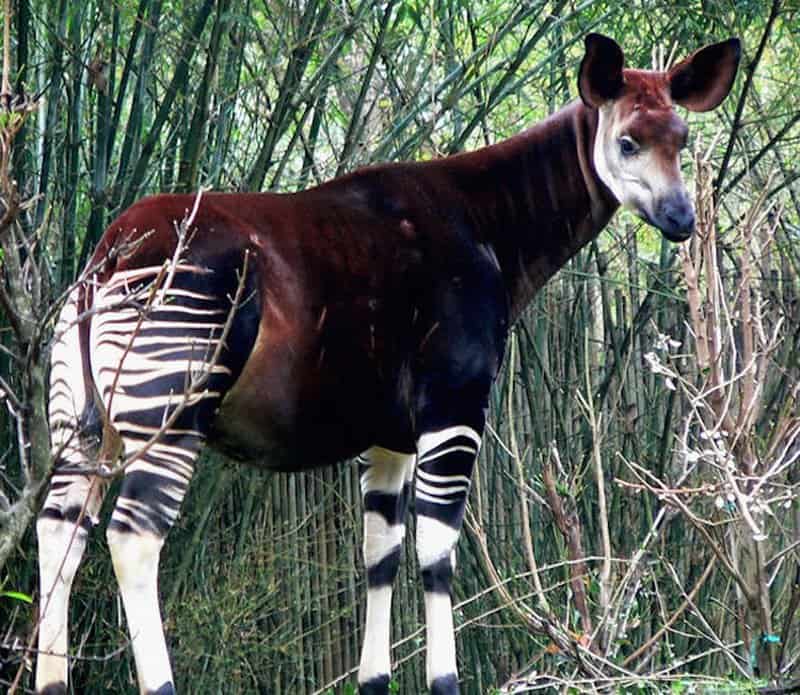 They have a fun name and they look like a mixture of several members of the horse-family. They don’t live in such a fun place, though. While they are endangered by the usual suspects such as deforestation and human settlement, they cannot be conserved because they live in a war-zone and the government cannot protect them. 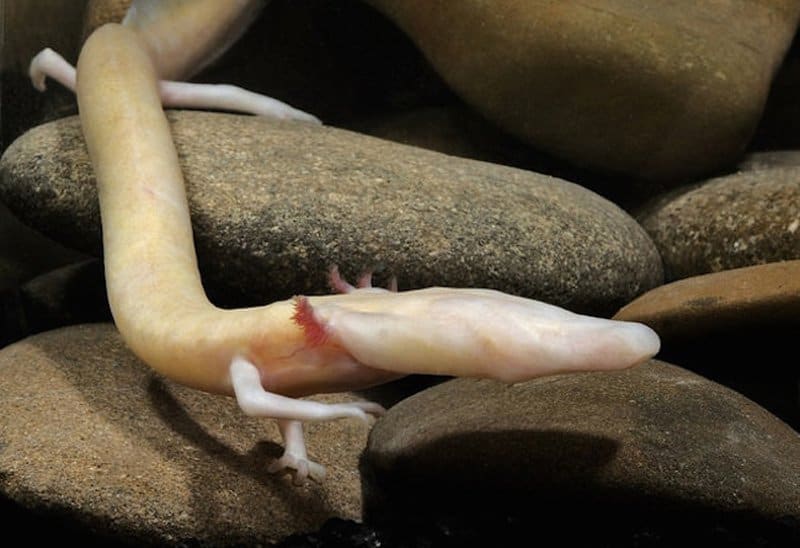 This pale animal who doesn’t appear to have a face lives European caves. Because he lives in the dark, he doesn’t need eyes, but he has excellent hearing and sense of smell. He’s endangered because he’s adapted to such a particular lifestyle. He’s so specialized, he’s very sensitive to pollution. 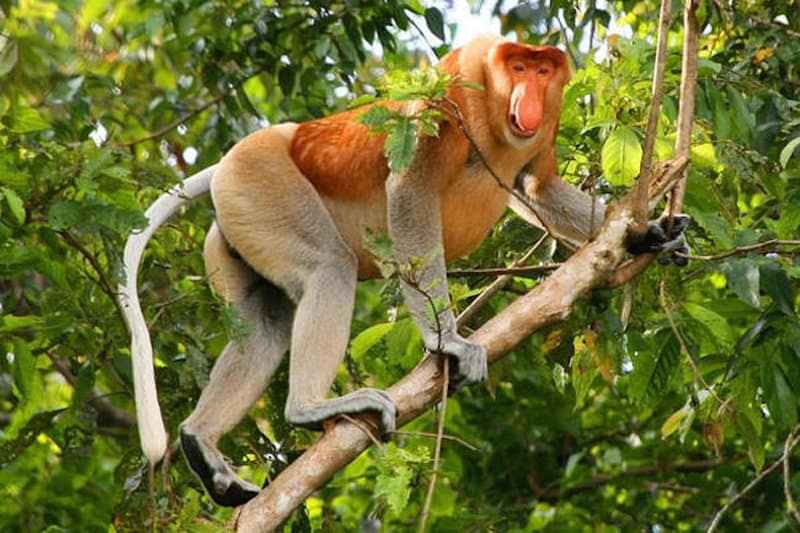 The proboscis monkey is called the “Dutch money” by the people in his native land. They call him that to mock the Dutch who colonized their island by pointing out the monkey’s large nose. Their population (the monkey’s not Dutch or the native people) has dropped 50 percent in the last 40 years due to hunting and loss of habitat. 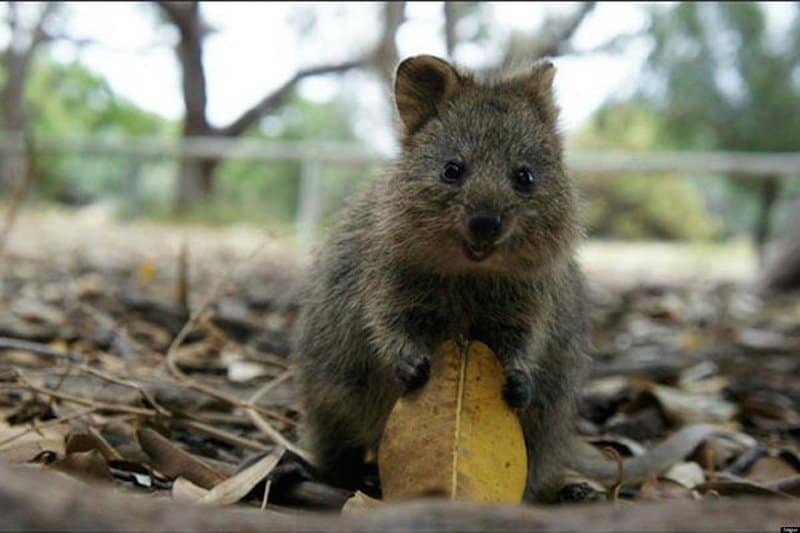 A major contender for the cutest animal on this list award, he’s found on islands just off the coast in Western Australia. He’s also one of the friendliest animals on this list. They are depended on dense ground cover for refuge, so as land is cleared for farming, they are led to extinction. 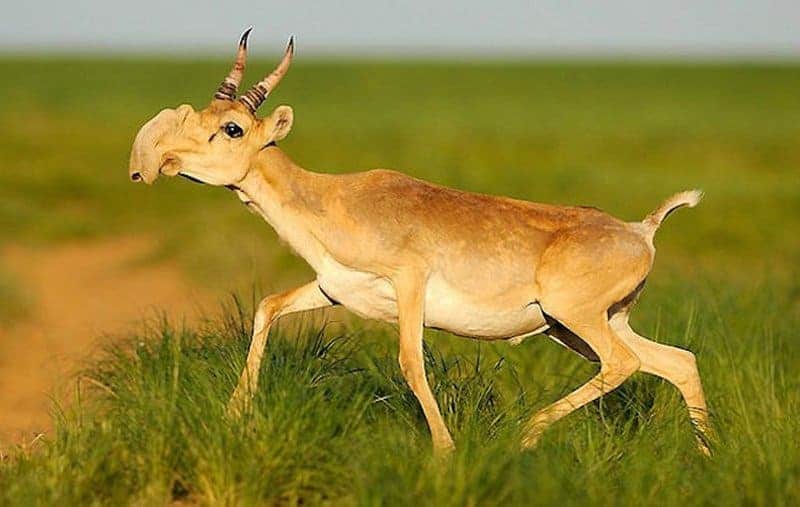 This funky-looking animal is now only found in remote areas in Russian and Kazakhstan. They have been almost hunted to extinction by Chinese people who use his horn for medicine. 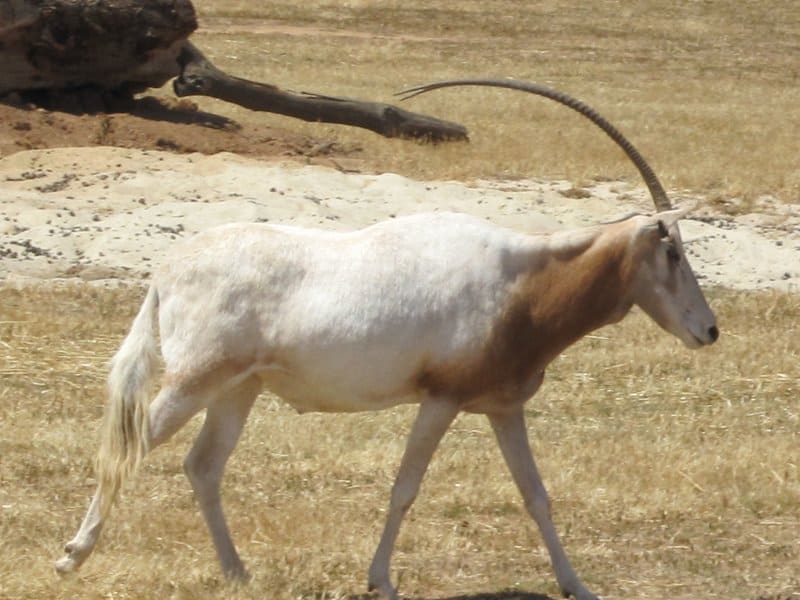 These animals once ruled in Northern Africa. First, they were victims of climate change. Then, they were hunted for their horns. Now, they only exist in captivity. They have a long history in captivity, having been pets of both the ancient Egyptians and the ancient Romans. It is believed that the myth of the unicorn originated from someone seeing a scimitar oryx missing one horn.