We’ve all seen those photos of celebrities down on their knees beaming at a plaque on the ground, proudly showcasing a star with their name in it on one of the most famous landmarks in the world. There’s no doubt they’re also cementing their place in Hollywood history when they get their star, as well. The Walk of Fame currently has over 2,500 stars, and with those stars comes a lot of history, scandal, and trivia. Here are 17 interesting facts about the historical Hollywood Walk of Fame. 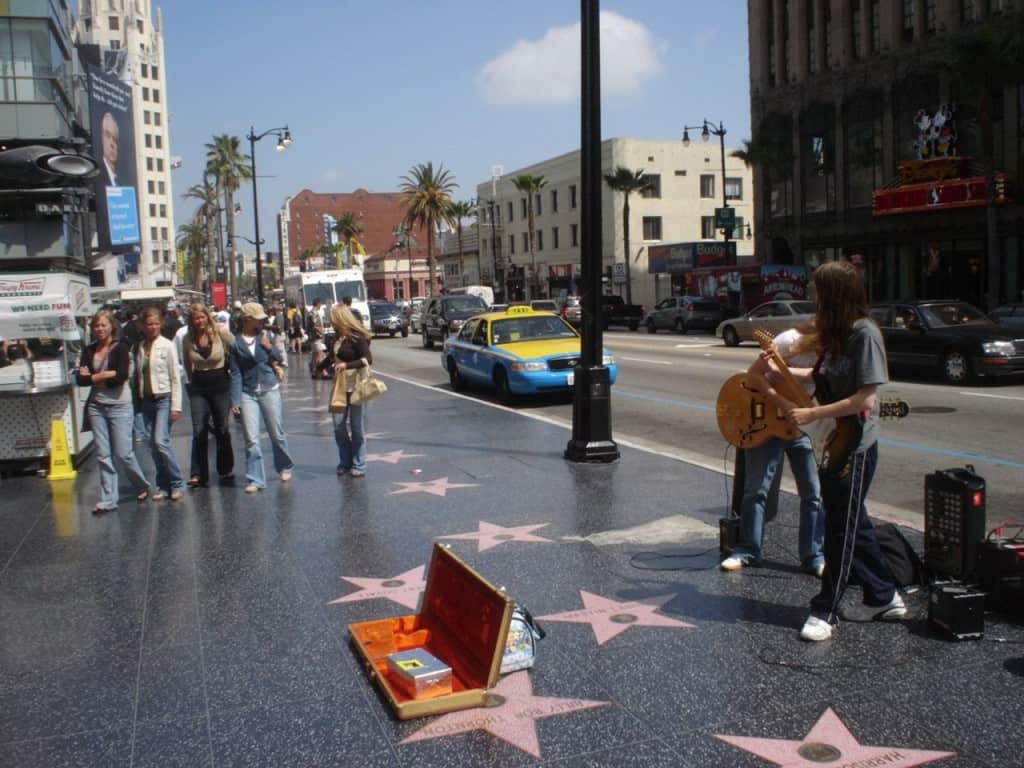 While it is certainly an honor to receive a star on the Hollywood Walk of Fame, it comes at a cost. As of 2012, that cost was $30,000, most of which is designated to its upkeep. 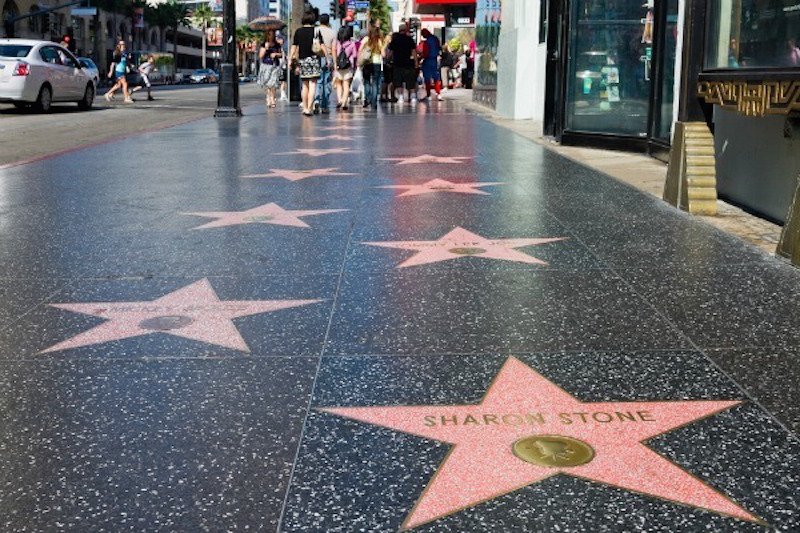 With over 2,500 stars on it, the Walk of Fame is sure to span a great distance. Indeed, it spreads over 15 blocks and has a total distance of 1.3 miles, spanning east to west. 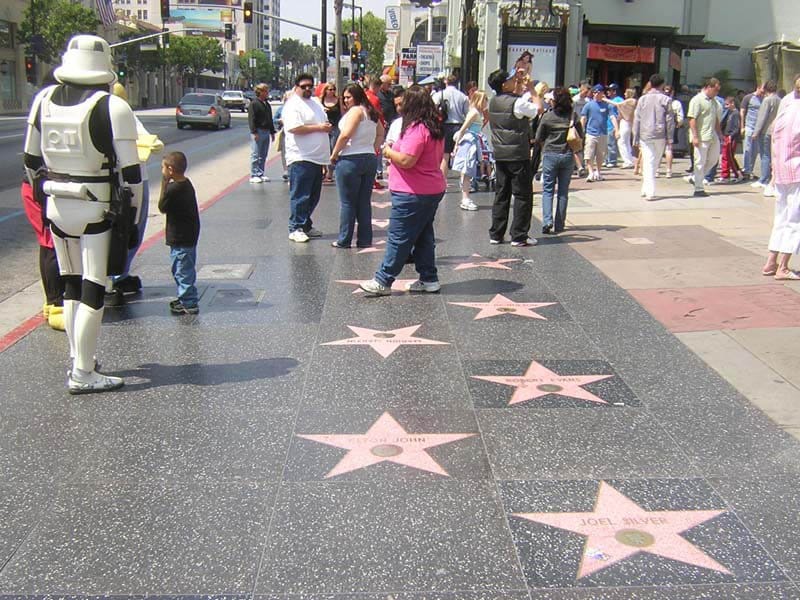 While it’s hard to keep track of who is actually visiting the Walk of Fame and who is simply walking over it, there’s no doubt it’s one of the busiest attractions in Hollywood. In 2003 alone, it boasted over 10 million visitors.

Some People Turn It Down 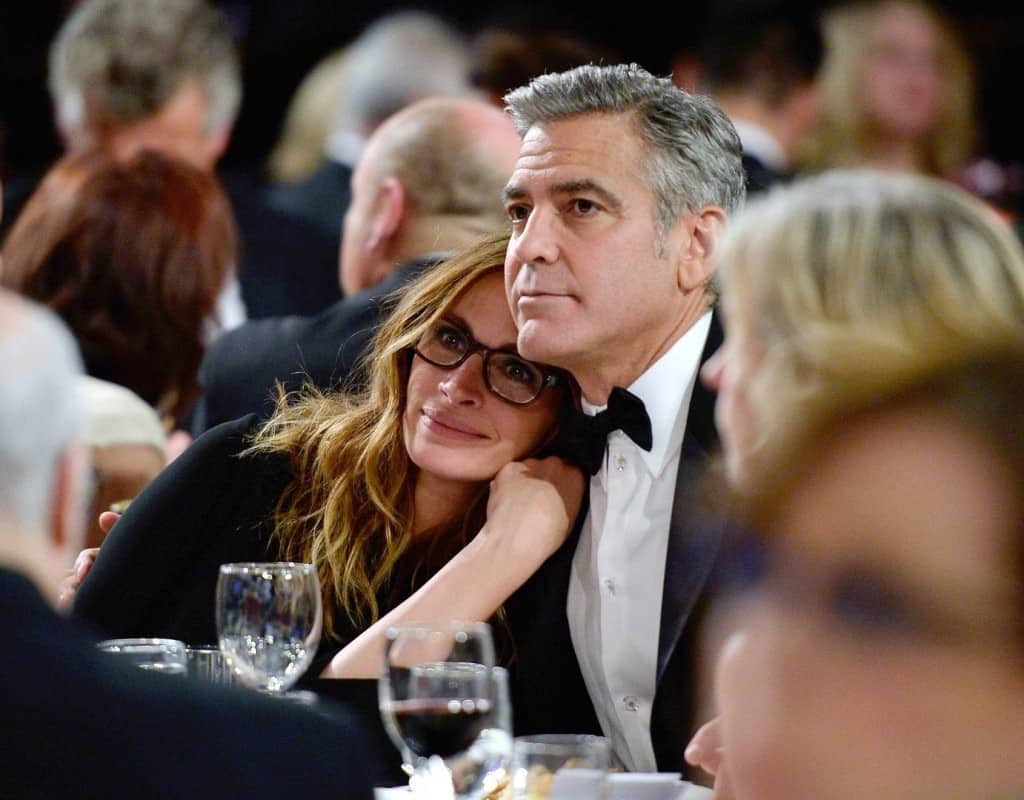 Since 1968, over 40 potential ingrates have turned down their chance to have a star. These include big names like George Clooney, Julia Roberts, and Clint Eastwood. 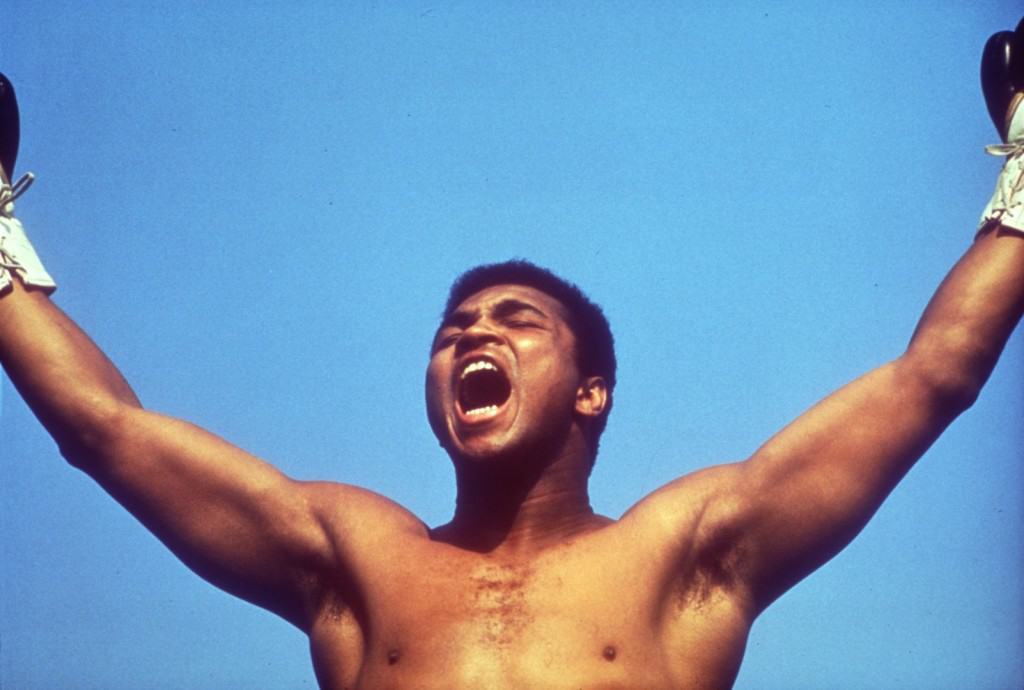 Arguably the greatest boxer of all time, Muhammad Ali was given a star on the Walk of Fame after it was determined boxing constituted as a live performance. However, Ali insisted his star be placed on a vertical surface so people couldn’t “walk all over him.”

There Have Been Some Spelling Errors 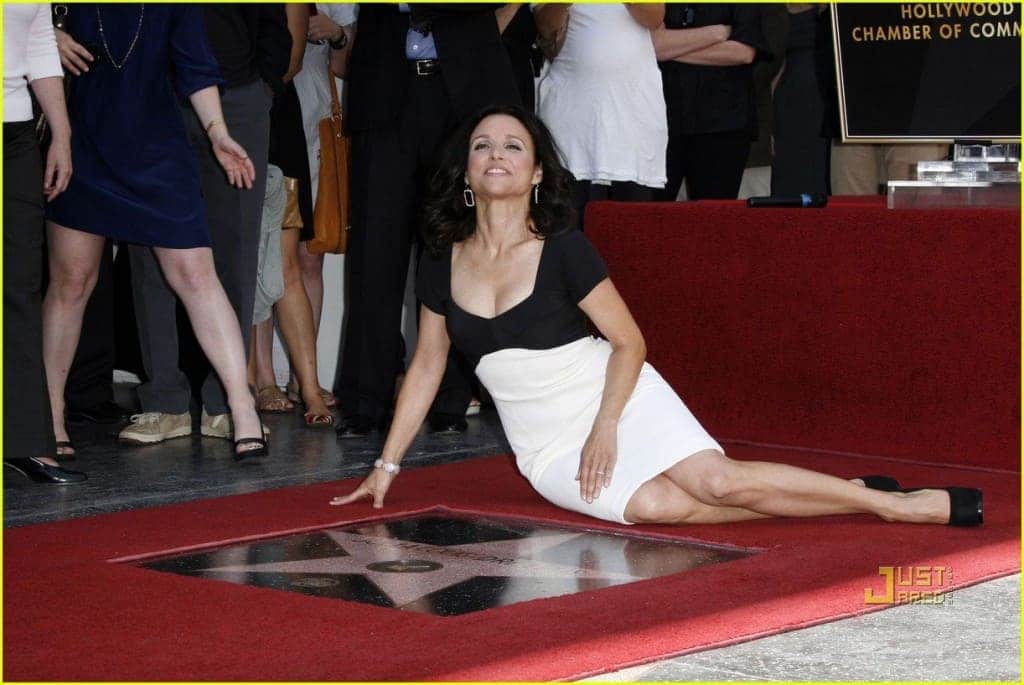 It’s a total honor to be given a star, but it must be a little embarrassing to have a star with your name spelled incorrectly on it. This happened to Julia Louis-Dreyfus, whose name was initially written as ‘Julia Luis Dreyfus,” and Dick Van Dyke’s surname was first printed as ‘Vandyke’

It’s Been Around For a While 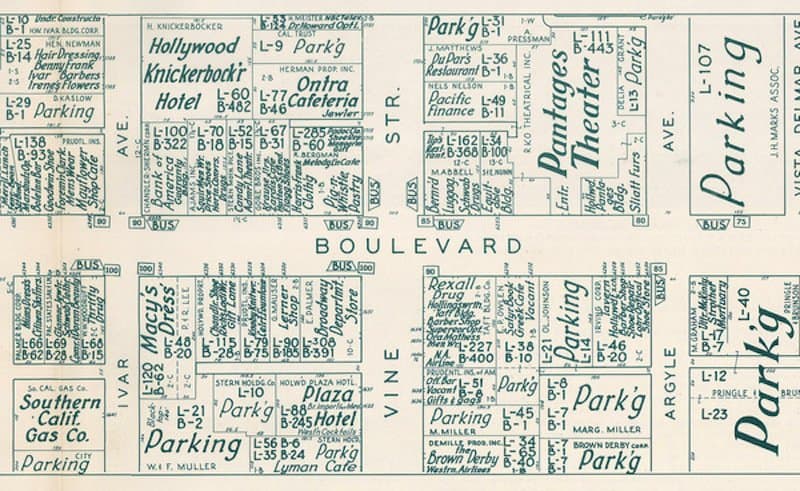 In 1956, the President of the Hollywood Chamber of Commerce, EM Stuart, proposed the Walk of Fame with a specific vision in mind. He hoped it would, “maintain the glory of a community whose name means glamour and excitement in the four corners of the world.“

Most Of The Stars Are In The Motion Picture Category 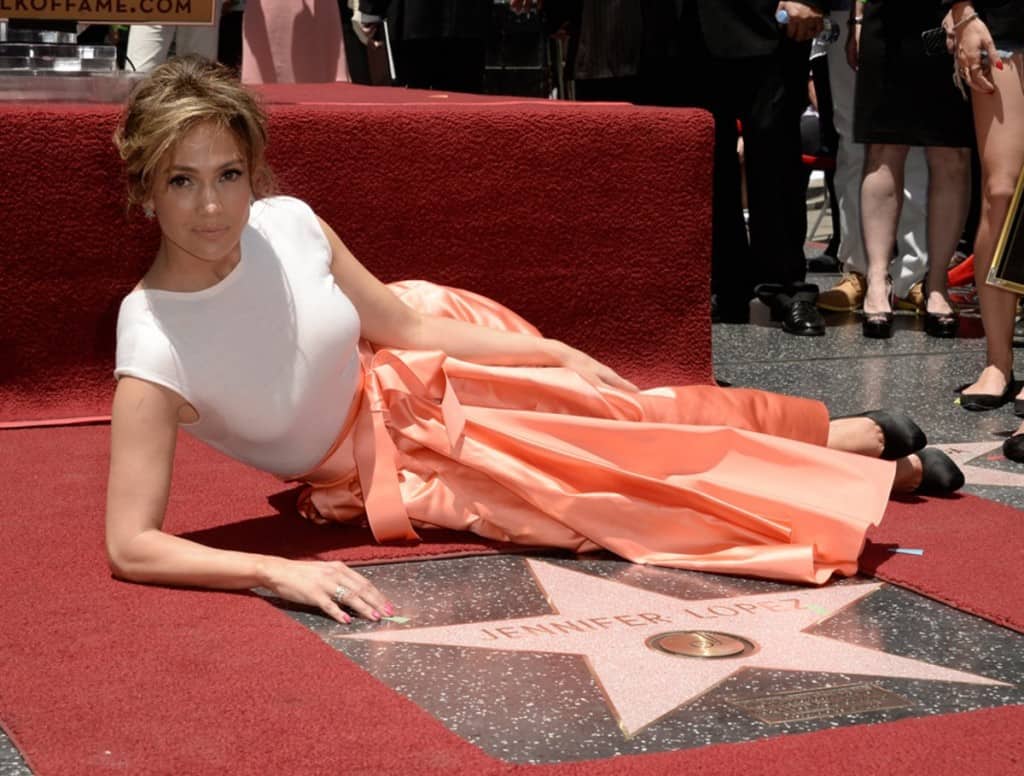 47% of the stars on the Walk of Fame belong in the Motion Picture category, while rather unfortunately, less than 2% fit in the theatre category.

Emblems on the Stars Signify Their Category 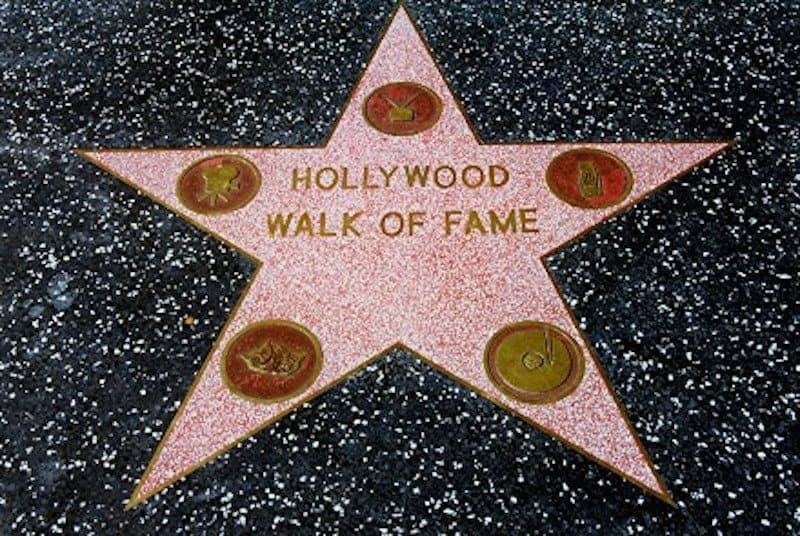 Most stars have an emblem below the name that represents the category to which they belong. There are 5 categories: Motion Pictures, Broadcast Television, Audio Recording/Music, Broadcast Radio, Theatre/Live Performance. There have been some exceptions to these categories and a few stars, like the one for the lingerie company Victoria’s Secret, don’t fit in any.

There Wasn’t a First Star 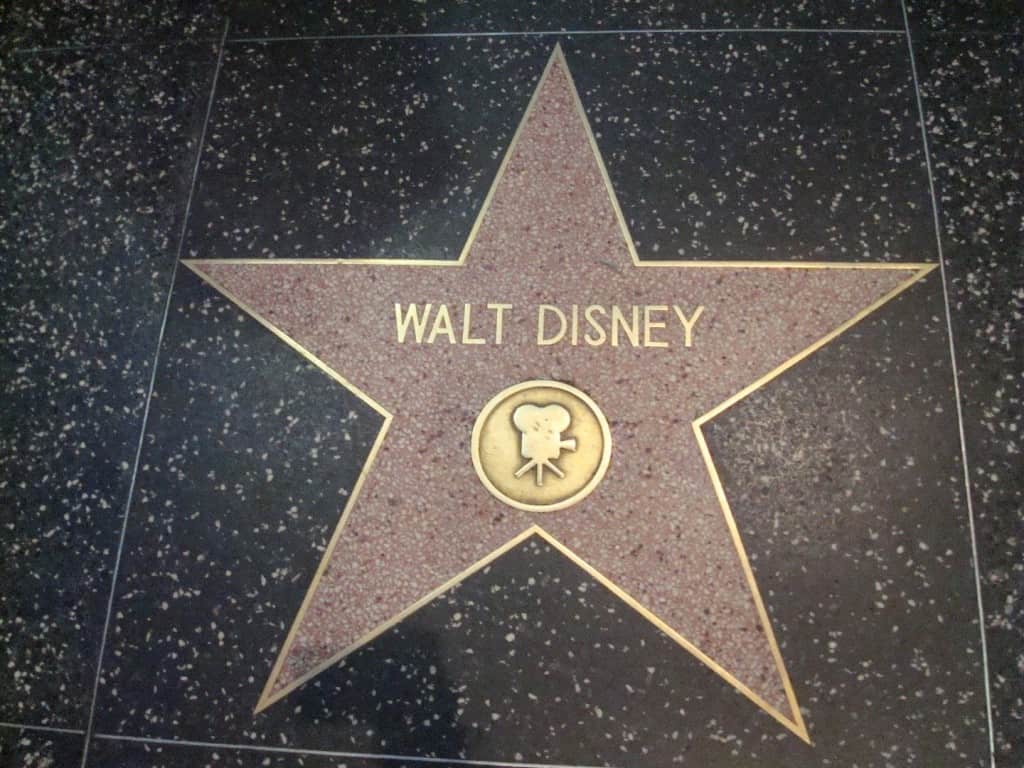 All Stars Aren’t Given to Humans 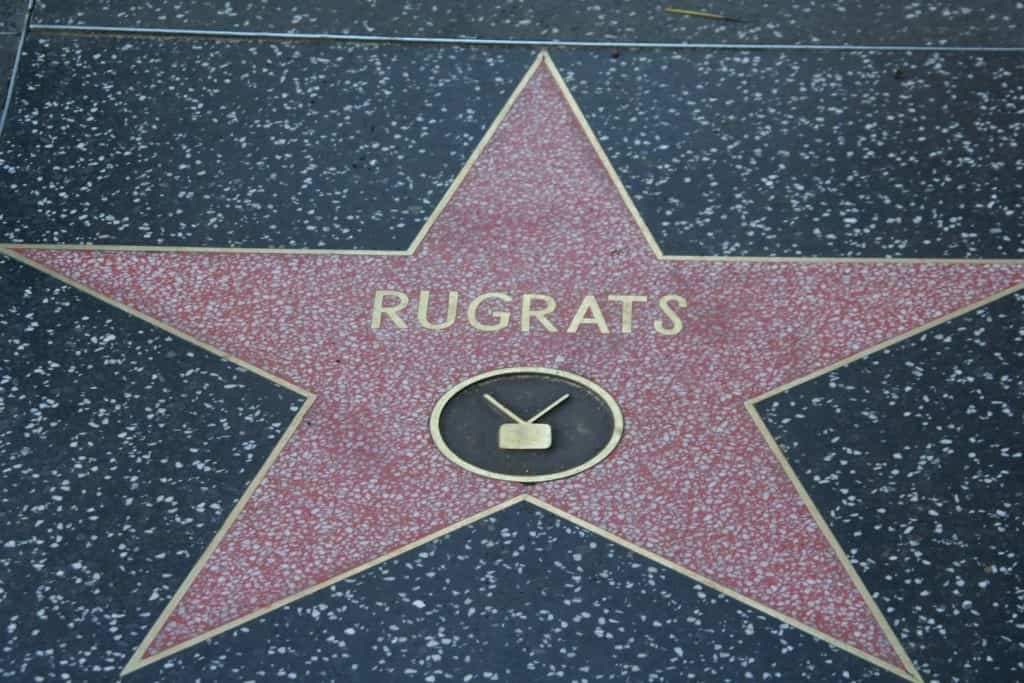 There are Duplicate Names 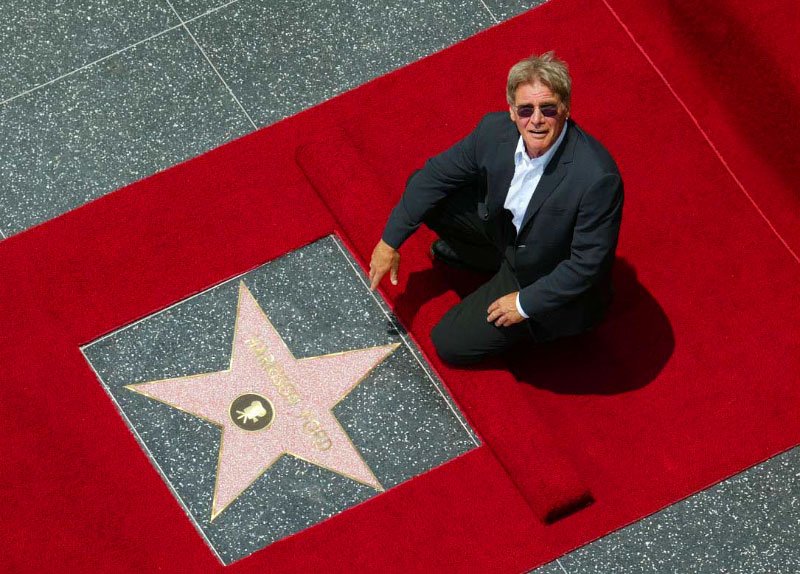 While spelling errors have occurred on the Walk of Fame, duplicate names are no error. If you cover the entire Walk of Fame you’ll notice there are a few names with the exact same spelling, but they refer to different people. There are two Harrison Fords: one, the Star Wars actor, and the other a silent film actor. 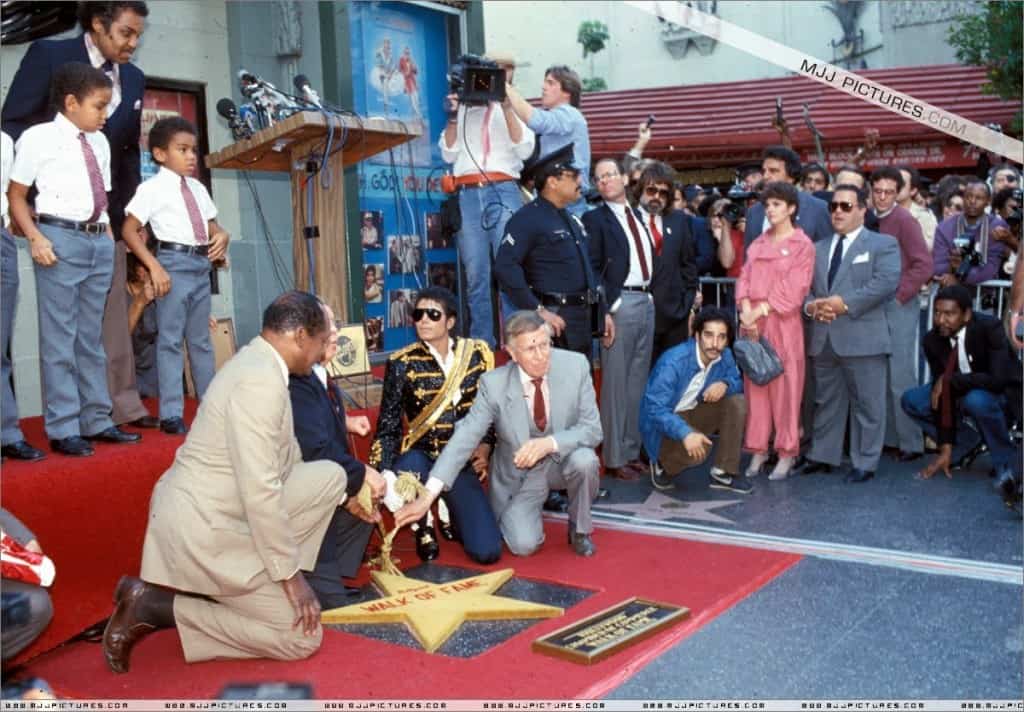 Some of Them Turn Into Shrines 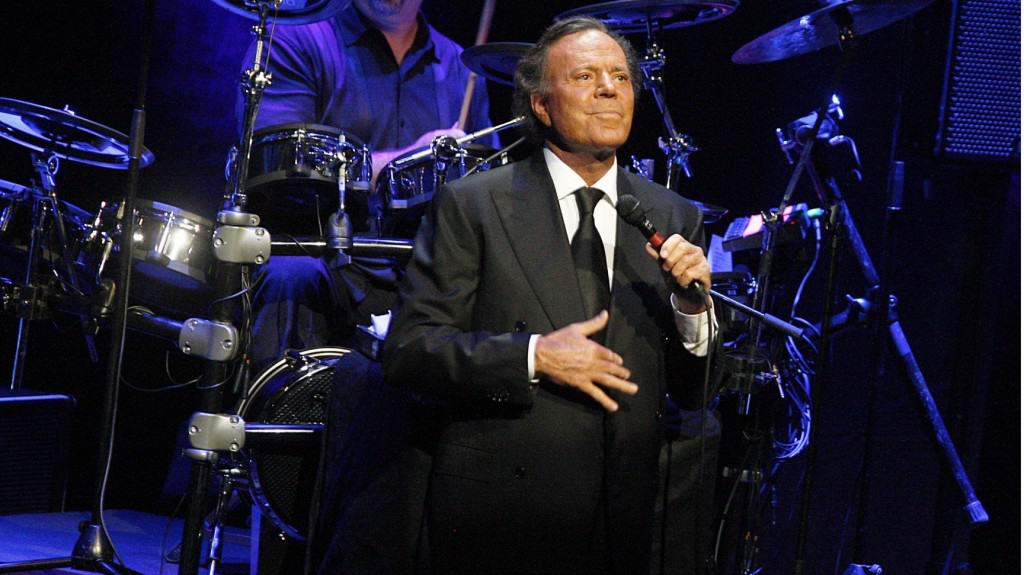 Julio Iglesias is one of the most popular singers in Latin music, and his star on the Walk of Fame proves it. Each month, a dedicated group of older women visit his star and polish it, ensuring it’s in pristine condition.

The Family Record for Stars is Six 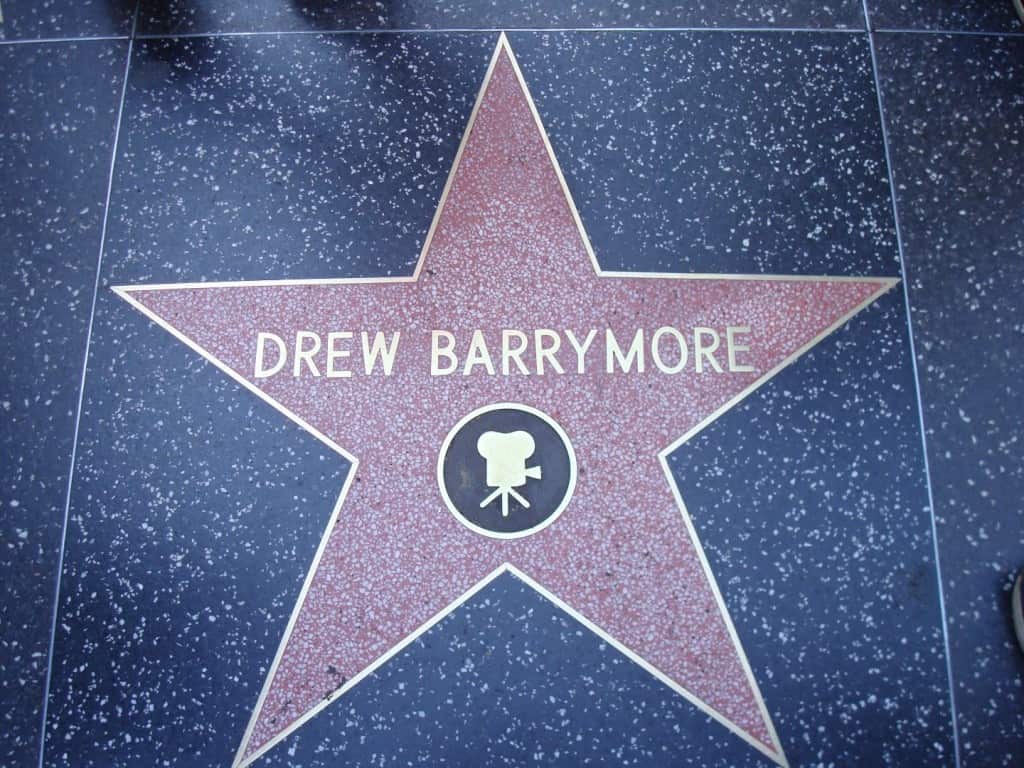 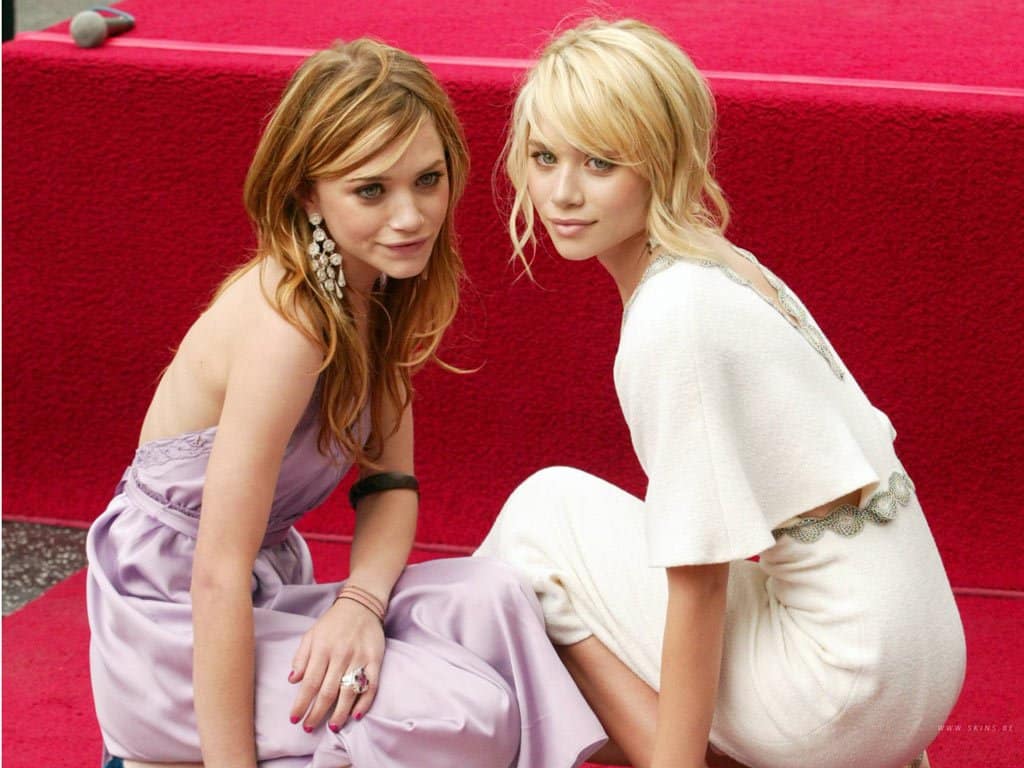 Mary-Kate and Ashley Olsen were the youngest ever recipients of a star on the Walk of Fame. They received theirs when they were just 18. They are also the only twins to share a star. 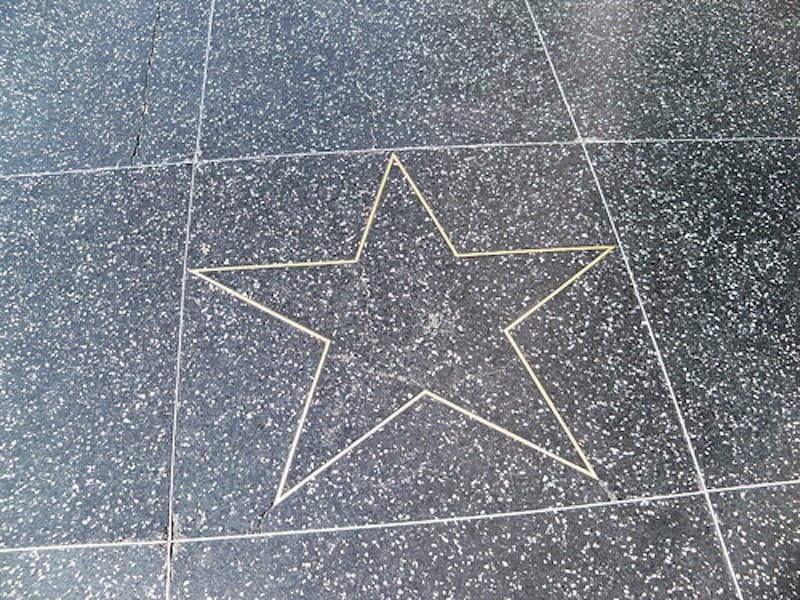 It’s hard to imagine how a star placed in cement could be stolen, but some sneaky crooks have figured it out. In 2005, Gregory Peck’s star was forcibly removed and never seen again. In 2000, when some stars were being relocated, those belonging to James Stewart and Kirk Douglas were stolen, and later found in the home of a construction worker.