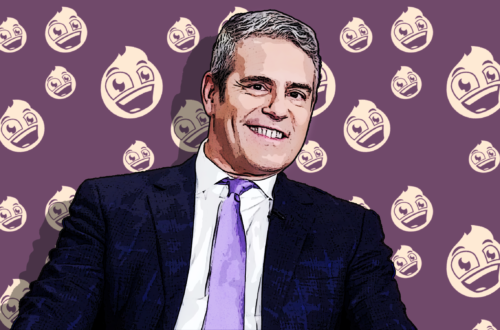 Andy Cohen is an Emmy Award-winning radio and television host, author, and producer. He is known for his late-night talk show, Watch What Happens Live with Andy Cohen on Bravo, an Emmy Award nomination show. He has had many celebrities on the show, including Lady Gaga, Celine Dion, and many others. In addition, he is a radio show host on SiriusXM, hosting Radio Andy (a pop culture channel).

Andy’s net worth is $50 million, with an annual salary of $10 million. He started making real money when he began working at CBS News and rose to senior producer, which earned him a salary of $110,000 annually. His ambition and exposure on CBS landed him other jobs over the years.

However, Cohen landed an irresistible deal with Bravo in 2004. He changed lanes and went into reality shows and pop culture, which earned him a hefty salary of around $350,000 plus incentives. Andy has taken Bravo to a new level and grew up with them while at it. His assets, such as properties and cars, also add to where he is today.

Who is Andy Cohen?

Andrew Joseph Cohen was born in Clayton, St. Louis, Missouri, on June 2, 1968. Andy was born into a Jewish family of Evelyn and Lou Cohen and a sister, Emily Rosenfield. He graduated from Clayton High School in 1986. Cohen attended Boston University and graduated with a degree in broadcast journalism.

What makes Cohen unique is that he is the first openly gay host of American late-night TV and radio shows. He came out while studying at Boston University. He has had a few relationships over the past years, like with John Hill, famous for starring in Broadway musicals. However, his career and family have taken a giant spotlight in his life. He has managed to keep his love life very private.

Cohen has two children that he had through surrogates. Benjamin Allen Cohen was born on February 4, 2019, and Lucy Eve on April 29, 2022.

Cohen knew he wanted to be in the journalism industry since he was a boy, imitating anchors with a hairbrush for a microphone. He began his career at CBS as Erin Moriarty’s intern. Over the years, he rose to rank and became a senior producer for the Early Show and CBS This Morning.

He joined Trio network in 2000 as the vice president of programming, which Bravo took over in 2004. Bravo retained him as the executive vice president of programming to revamp the channel into the success that it is today. He started hosting the now famous late-night show Watch What Happens Live with Andy Cohen in the summer of 2009. It’s an interactive talk show which hosts big pop culture names such as Oprah Winfrey.

Cohen had done so much in his career that he couldn’t keep track. That’s when he started journaling, which gave birth to his books. Andy’s first book, Most Talkative: Stories from the Front Lines of Pop Culture, was an autobiography memoir released in May 2012 and became a New York Times best seller.

Following the anti-gay laws in America back then, Andy downgraded to co-hosting Miss Universe in Russia. He had previously hosted Miss USA in 2011, 2012, and 2013. Andy also featured in Lady Gaga’s music video for the song G.U.Y as Zeus in 2014. In addition, he published his second memoir in 2014, The Andy Cohen Diaries: A Deep Look at a Shallow Year, another New York Times best-seller inspired by The Andy Warhol Diaries by Andy Warhol.

Fox revived Love Connection in 2017, a dating game show hosted by Cohen that went on for a second season. He also appeared in Riverdale in 2018, where he played himself as a friend of the Lodge family. In addition, Andy is the executive producer of The Real Housewives franchise and hosts the reunion shows that air at the end of each season.

Andy has been wise in his real estate decisions. In 2003, he purchased a unit in a West Village building on Horatio Street. Then, the Bravo host wanted a family and bought three more units and combined them into a duplex. The place is valued between $6-8 million.

Aside from just apartments, Cohen bought a half-acre oceanfront lot at Hampton’s in Amagansett Dunes worth $5.4 million. The lot is reported to be valued at $8 million.

He is also a lover of classic cars. Andy has been spotted with an Audi A8, valued at approximately $87,000. He also owns a vintage Volkswagen Beetle (a collector’s car) that differs in price. Finally, Andy’s been spotted in a Mini Cooper valued at around $23,000.

Cohen was also an executive producer of the reality cooking show, Top Chef, for which he won an Emmy in 2010. In addition, in conjunction with Cohen, SiriusXM launched Andy Cohen’s Kiki Show in 2021, a daily music channel that looks into Cohen’s favorite music.

While working at Bravo, Andy has been responsible for unscripted series such as Project Runway, Top Chef, and The Million Matchmaker. He got nominated for an Emmy as the executive producer.

Andy’s book, Glitter Every Day: 365 Quotes from Women I Love, is his fourth New York Times best-selling book inspired by impactful women in his life that he loves, from his mother to Oprah Winfrey to Madonna.

Andy Cohen has dedicated some of his wealth to helping numerous charities and causes. Some of the charity foundations he supports are DonorsChoose.org, GLAAD, Communities in Schools, American Foundation for AIDS Research, and Habitat For Humanity.

What’s Next for Andy Cohen?

What is Andy Cohen Net Worth?

How much money does Andy Cohen earn?

How tall is Andy Cohen?

How old is Andy Cohen?

When is Andy Cohen birthday?