15 Greatest Boxers Of All Time

Boxing is described as a combat sport in which two people engage in a game of speed, reflexes, strength and will. Boxers throw punches at each other with the main goal of weakening and knocking down the foe.

Boxing is regarded as one of the highest paying sports and one of the most popular sports of all time. Over the years, boxing has produced several famous boxers, some boxers become popular due to their speed, boxing style or number of belts won. Mainstream appeal and performance on the ring are also considered for a boxer to be included in the greatest list. Chavez had retired from boxing though he is still active in boxing programs. 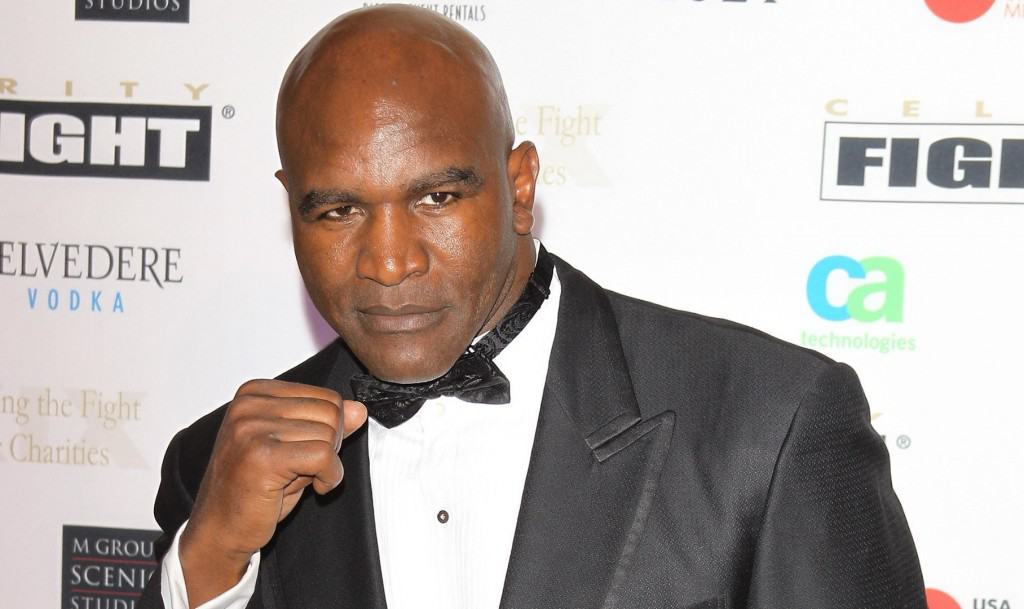 He had health problems that had sidelined him for a while but he returned to the ring and fought Mike Tyson. Holyfield beat Tyson in their first encounter in 1996. In the rematch between him and Tyson, something strange happened in the fight. Tyson had twice bitten the ear of Holyfield. Tyson was disqualified and his eccentric behavior became sensational news. 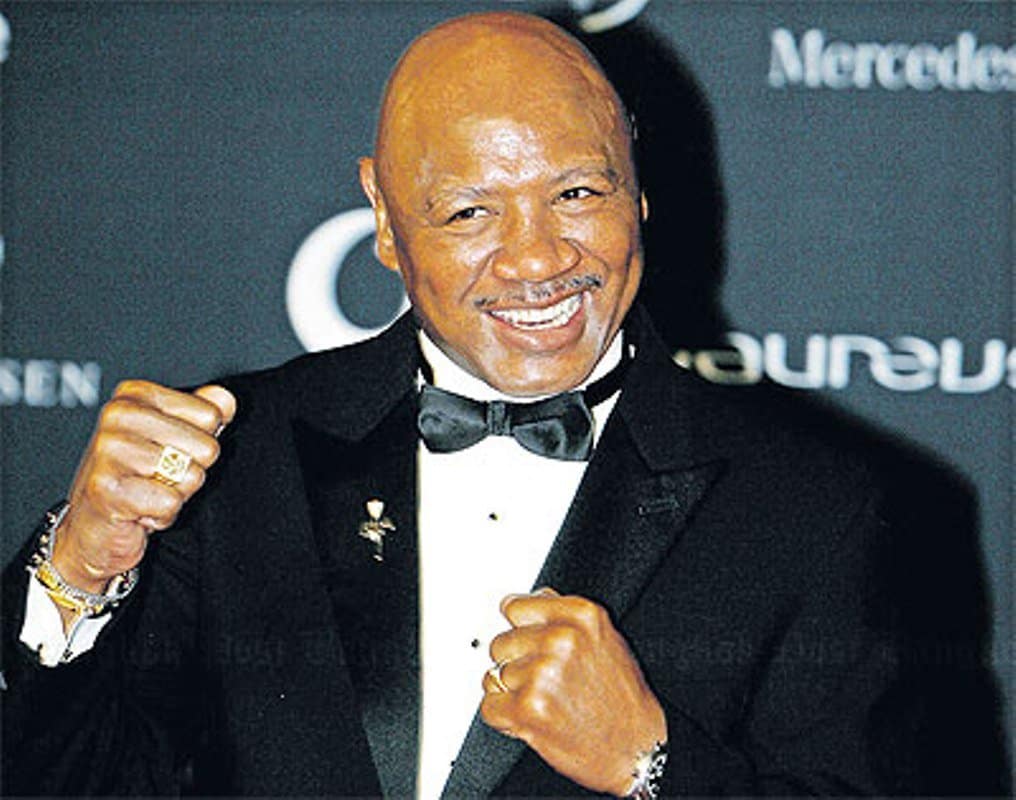 Marvin Hagler’s initial attempt to world title had come up short, when the match against Vito Antuofermo in 1979 had resulted to a draw. The following September, Hagler had stopped Allan Minter in round 3; thus earning him a world title.

He defended his world title twelve times, in which the first seven bouts are all won via knockout. He also knocked out Thomas Hearns in the 3rd round in one of the best boxing fights. 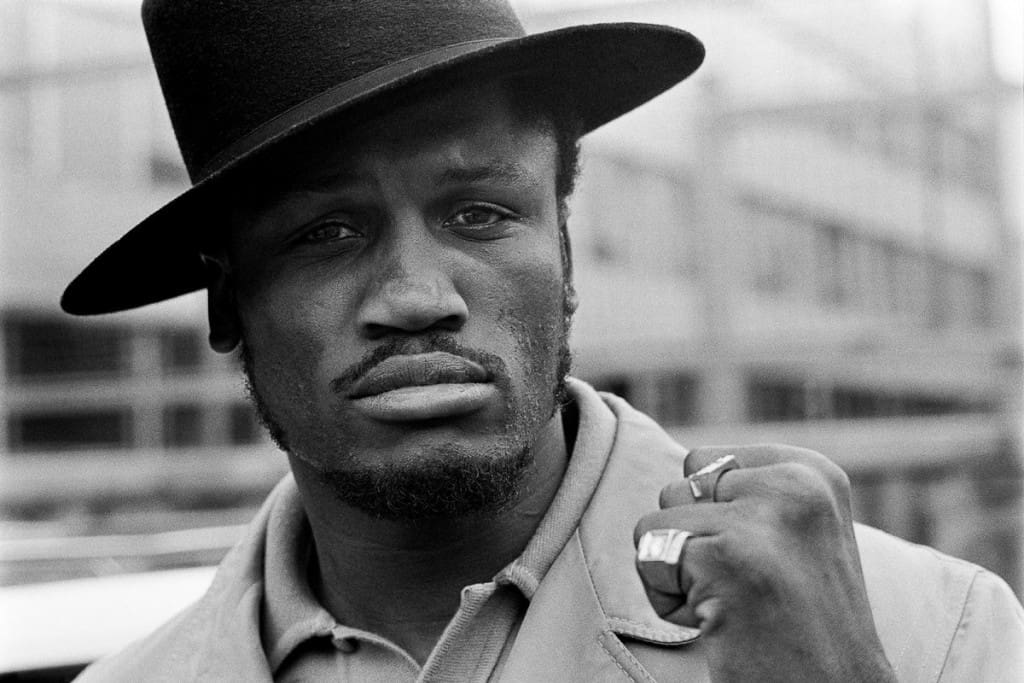 Joe Frazier also referred as Smokin’ Joe was Olympic gold medalist and world heavyweight champion. His professional career began in 1965 until in 1976 and had one fight comeback in 1981. He had defeated Jerry Quarry, Eddie Machen, George Chuvalo and others.

Ali and Frazier had their first battle on March 8th, 1971. The fight was dubbed as the Fight of the Century. Frazier won by unanimous decision and he delivered the first defeat of Ali in professional boxing.

Frazier was best remembered for his fight against Muhammad Ali, known as The Thrilla in Manila. Grueling rounds took place in the Philippines, and was considered by most boxing enthusiasts as the greatest boxing fight. Due to eyesight issues, Frazier was prevented by his trainer to go for the final round and Ali won the fight. Sugar Ray Leonard is an Olympic champion and had won a gold medal in the 1976 Olympic Games. He had joined the professional boxing a year after winning in the Olympics.

In 1987, he defeated Marvin Hagler for the WBC middleweight title. The Leonard and Hagler match was one of the greatest boxing matches of all time.

Leonard retired in 1997 and was subsequently inducted into Boxing Hall of Fame. 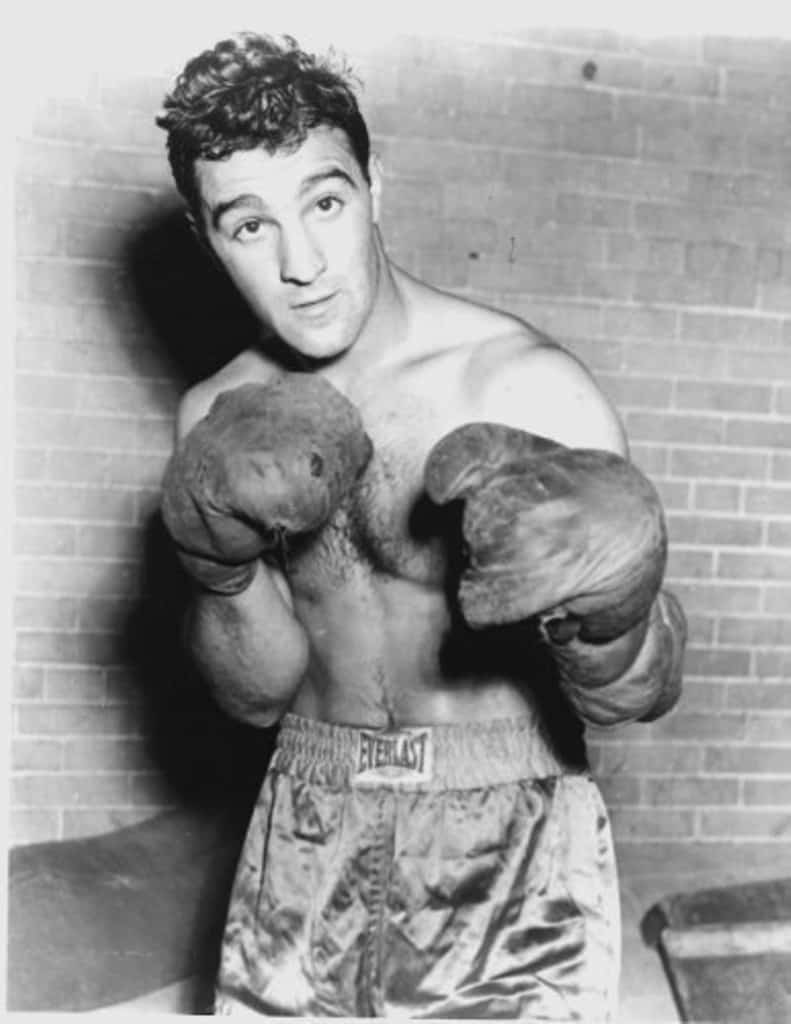 Rocky Marciano is a heavyweight boxer from 1947 to 1956. His boxing record includes 49 wins, 43 knockouts and no losses. He is iconic undefeated American boxer popular for his punches.

Marciano had won the heavyweight belt by knocking out Jersey Walcott in the 13th-round. He had another six title defense before he retired in 1956. 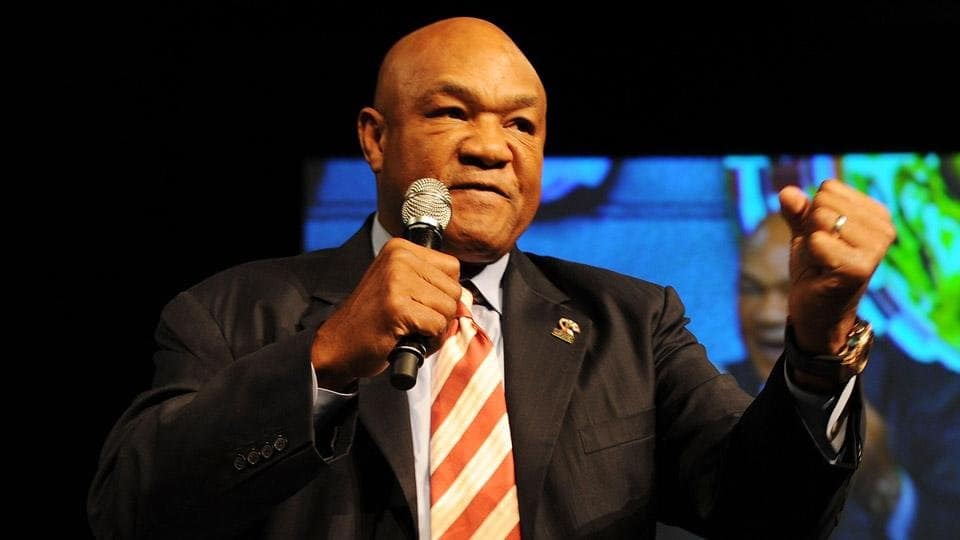 George Foreman is an Olympic gold medallist and retired boxer who has won the heavyweight championship twice. His boxing record includes 76 wins, 5 losses and 68 knockouts.

He first became world champion in 1973 and retired in 1977 to be a preacher. However, at age 45, he returned to the boxing ring and won the boxing belt. Foreman was the oldest boxer — aged 45 — to win the heavyweight belt. 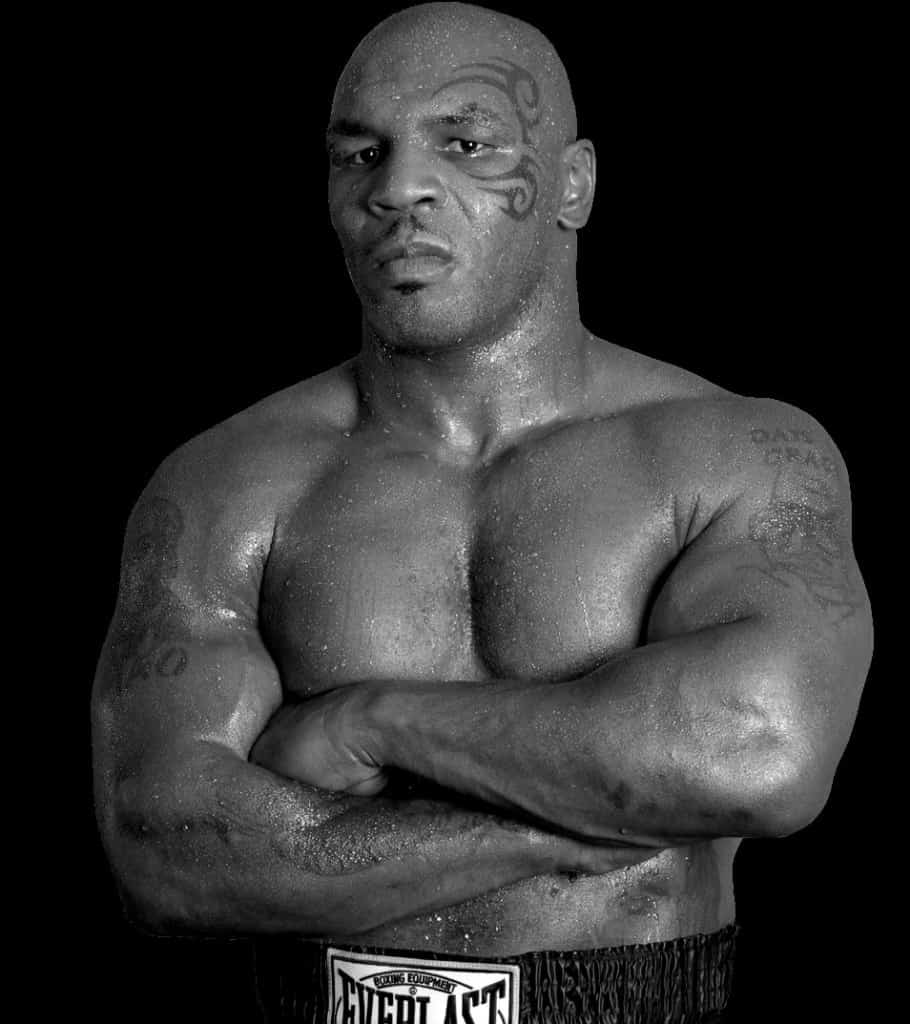 Tyson was the youngest boxer to hold the heavyweight championship at the age of 20. He had won his first 19 professional bouts via knockout, with 12 of them being knocked out in the first round.

In 1986, Tyson also won the WBC heavyweight title after defeating Trevor Berbick through a technical knockout in the second round.

In July 1991, Desiree Washington, contestant in Miss Black America had accused him of rape. After almost a year of court hearings, he was indicted on rape charges and deviant sexual conduct. He was sentenced to 6 years imprisonment, being released on March 25th, 1995. After his release, he made a comeback, winning two fights after being released.

He faced Evander Holyfield on November 9th, 1996. Tyson was knocked out in the 11th round. On June of 1997, Holyfield and Tyson had an anticipated rematch. But the match did not finish well because Tyson had bit Holyfield’s ears. The judges had disqualified Tyson from that match and was fined for $3 million. 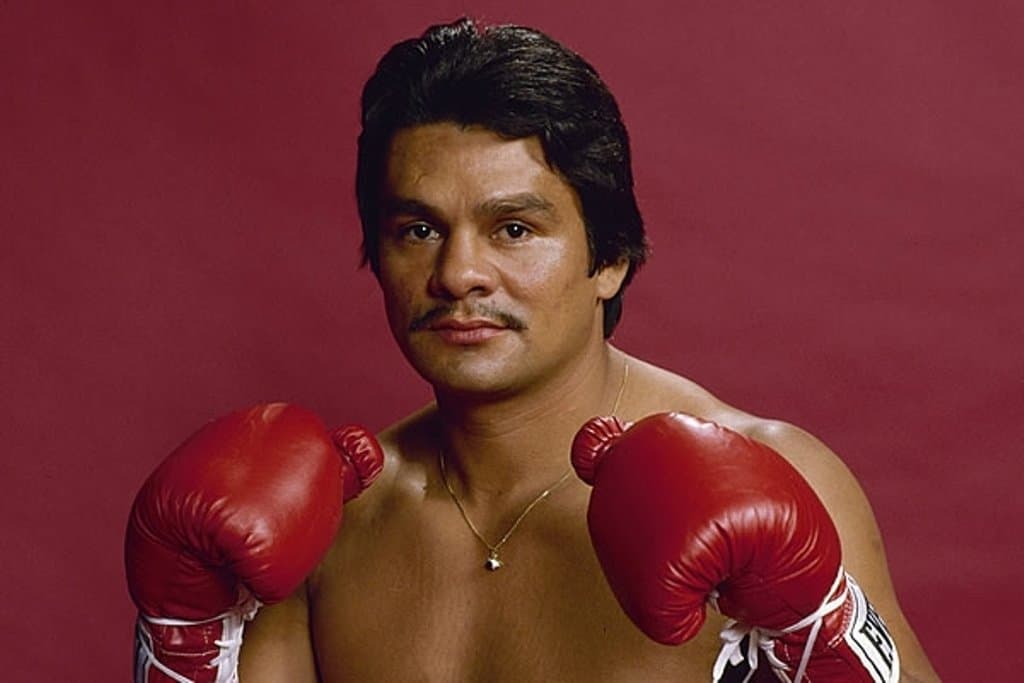 Roberto Duran had won the lightweight championship against Ken Buchanan in 1972. He dominated the lightweight division for seven years and had won world championships in other weight classes. His boxing record includes 103 wins, 70 knockouts and 16 losses.

Duran won the welterweight title against Sugar Ray Leonard in 1980, though he quit the rematch five months after. 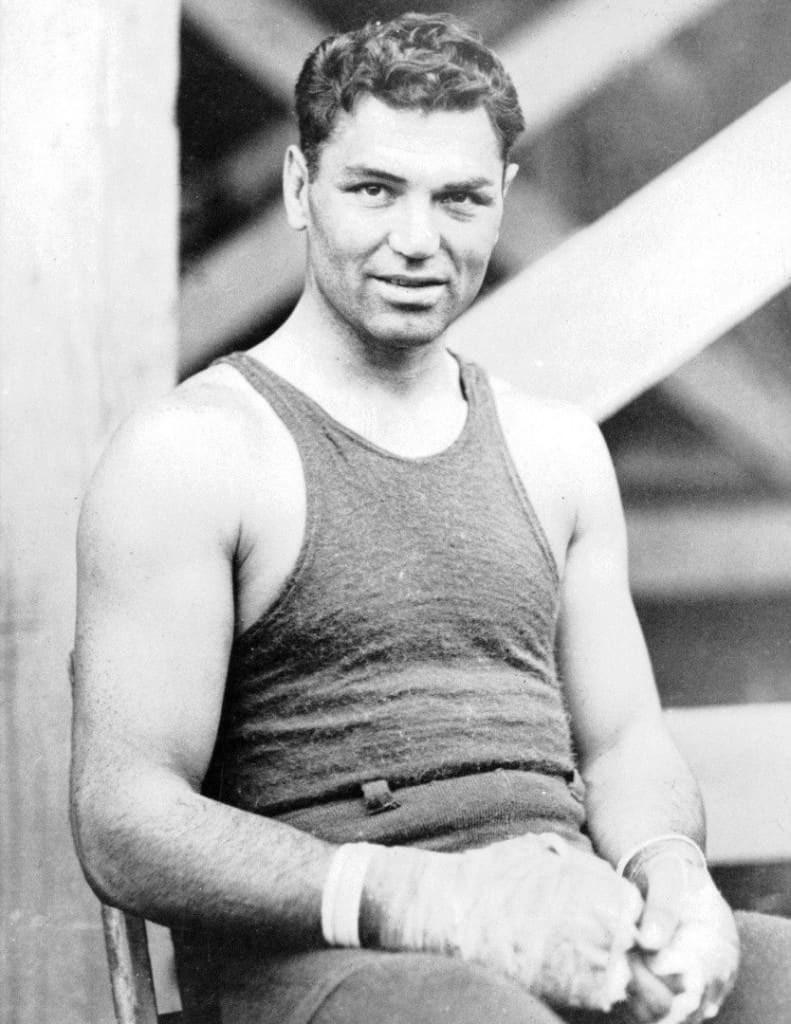 Jack Dempsey held the heavyweight championship title from 1919 to 1926. His record includes 61 wins, 50 knockouts and 6 losses.

Dempsey was known as the Manassa Mauler and was the most popular face of boxing during his time. He won a boxing title by punching hard the jaw of Jess Willard.

In 1926, he fought Gene Tunney in front of 120,000 spectators, the biggest attendance at that time. Dempsey lost the fight, although he won in a rematch. After retiring in boxing, he became a boxing referee. Henry Armstrong is also known as Hammerin Hank and Hurricane Hank. He defeated his opponents by giving continual and suffocating punches. His record includes 151 wins with 101 knockouts and 21 losses.

Armstrong had held three world titles in different weight divisions. He had won the featherweight belt in October 1937, welterweight title in May 1938 and lightweight championship belt three months later.

On his boxing career, he had faced 17 world champions and was able to defeat 15 of them. 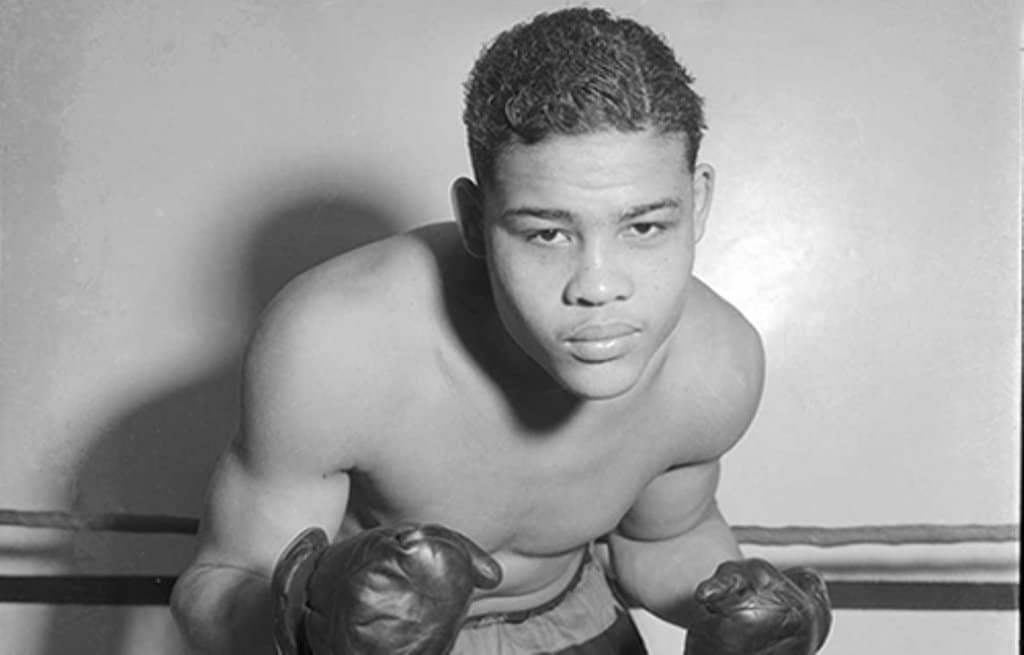 He was inducted in the Ring Magazine Boxing Hall of Fame in 1954 and had received the posthumous award of the Congressional Gold Medal in 1982. 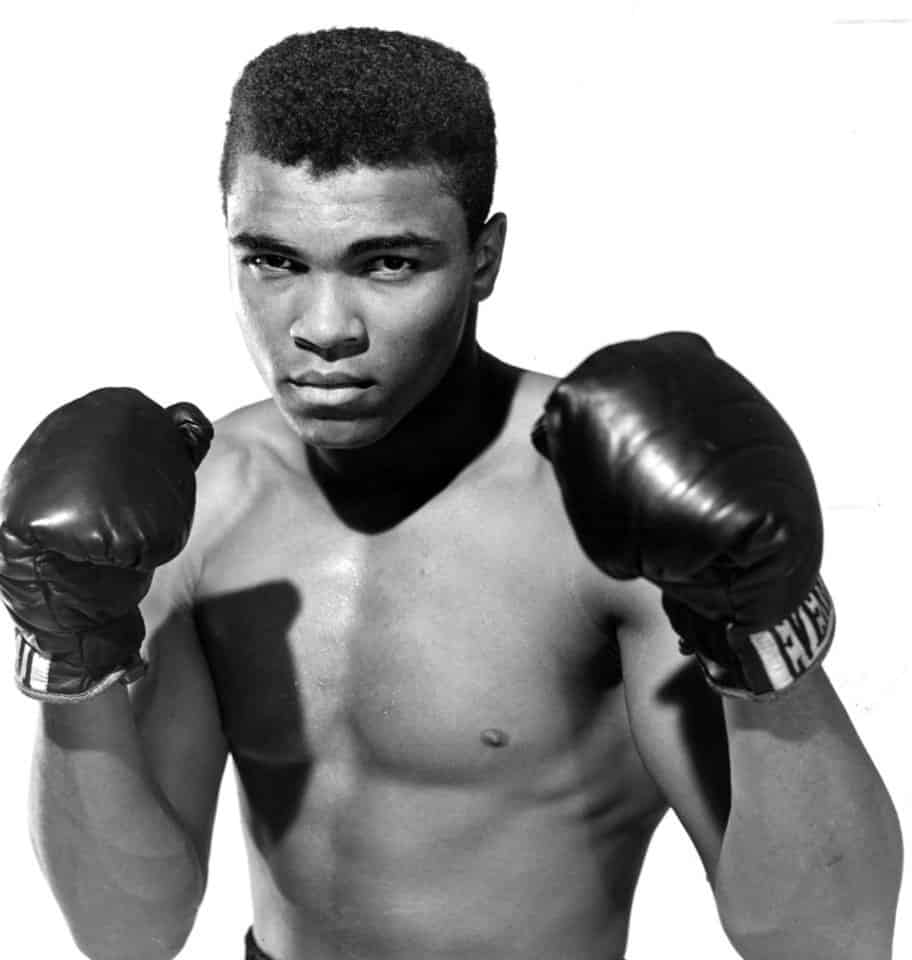 Muhammad Ali is a boxing icon, an Olympic gold winner, social activist and philanthropist. He is often considered as the greatest athlete that stepped in the boxing ring. Ali’s record includes 56 wins, 37 are knockouts and 5 losses.

His first amateur bout was in 1954 when he won the split decision. Two years after, he won the 1956 Golden Gloves Tournament in the light-heavyweight class. In 1960, he defeated Zbignew Pietrzykowski of Poland to win the gold medal in the Olympics.

He turned pro after the Olympics and heralded as an American hero. However, he was banned from the ring after refusing induction to armed forces during the Vietnam War. He returned to the ring in 1970 and won against Jerry Quarry.

Ali first professional defeat was to Joe Frazier in the Fight of the Century in 1971. A rematch took place in Manila Philippines dubbed as The Thrilla in Manila. Ali won the greatest fight in boxing history. 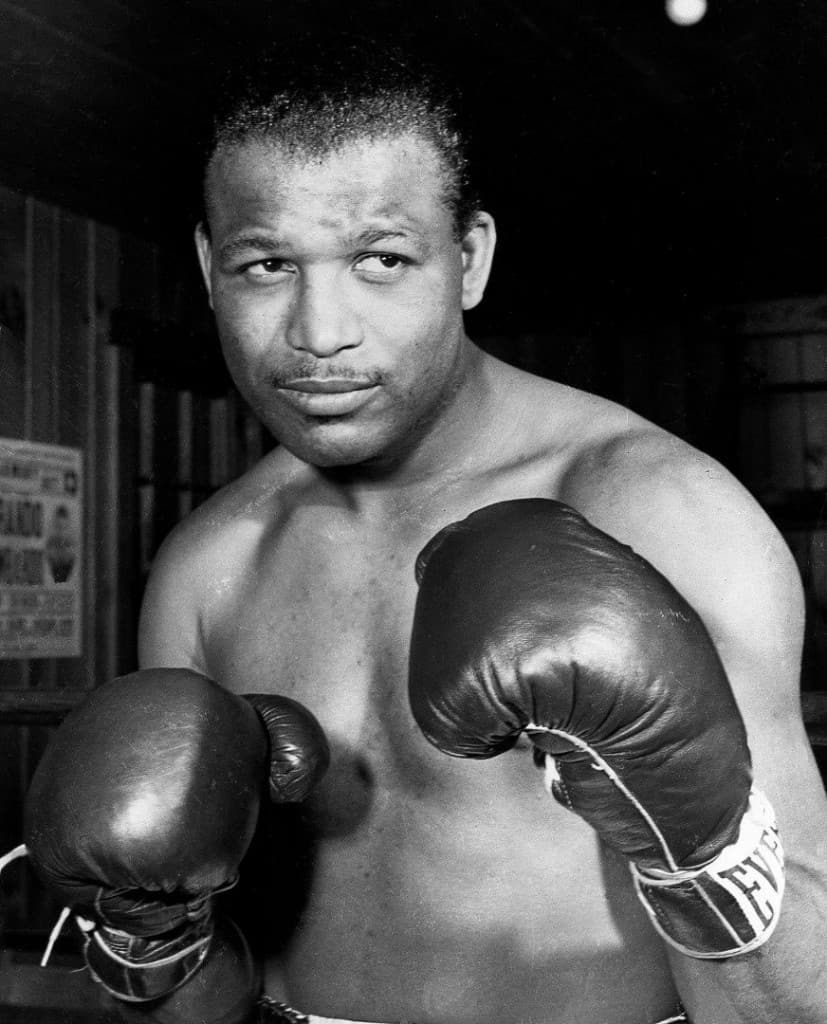 Sugar Ray Robinson was one of the best boxers of all time. His record includes 109 knockouts out of 175 victories.

Robinson kept the welterweight championship title for 6 years. In 1958, he was the first boxer to win the division world championship five times. He also had 91 unbeaten streaks from 1943 to 1951.

in his 25 years in boxing, he was often cited as the best pound for pound boxer of all time. He was inducted in the Boxing Hall of Fame in 1990.