Law and order exists for a very good reason. There are just too many thieves all over the place and they don’t even do it for a living. We are talking about the kind of people who simply steal for the heck of it, or think that stealing petty things can be fun. Most of the time, this can be a harmless crime amounting to only a few dollars, but it the morality behind the situation that is troubling. It has gotten so bad that people have to put up signs to address this issue, and here is a list of the funniest anti-theft signs.

Take The Remote Too 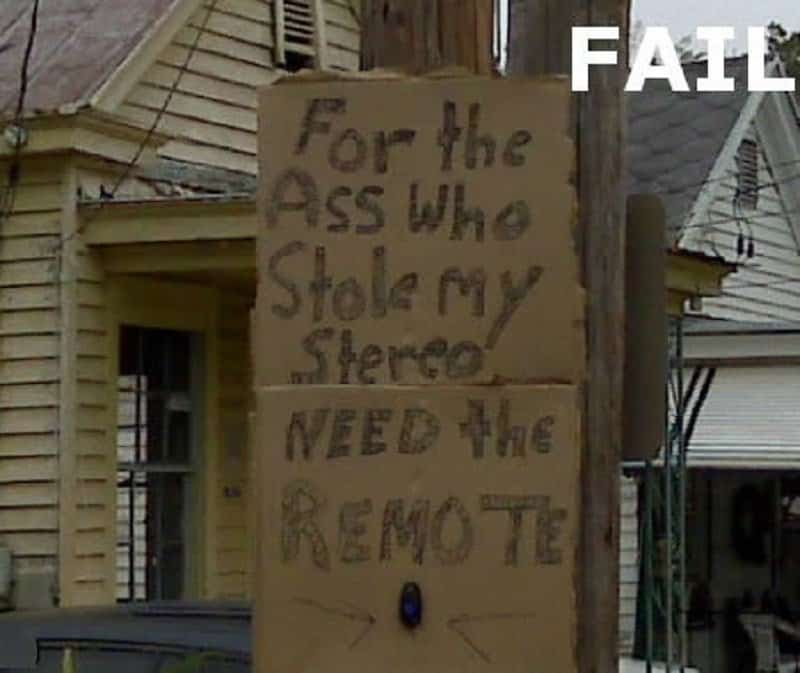 The person who had his stereo stolen got so annoyed by the crime, that he decided to leave the remote out just so that the thief can use the stereo properly. 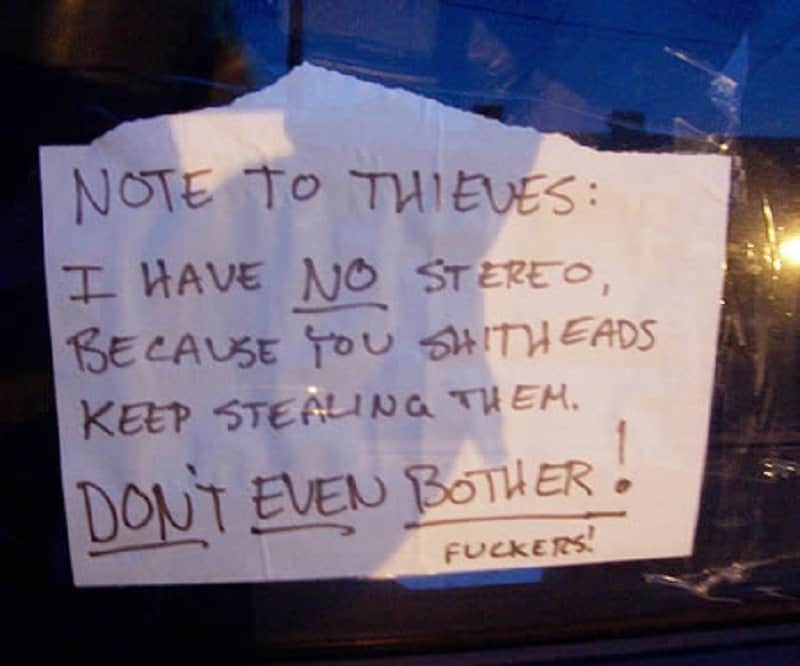 This person decided to write a note to future thieves to not bother breaking in and trying to steal the stereo because someone already got to it first. 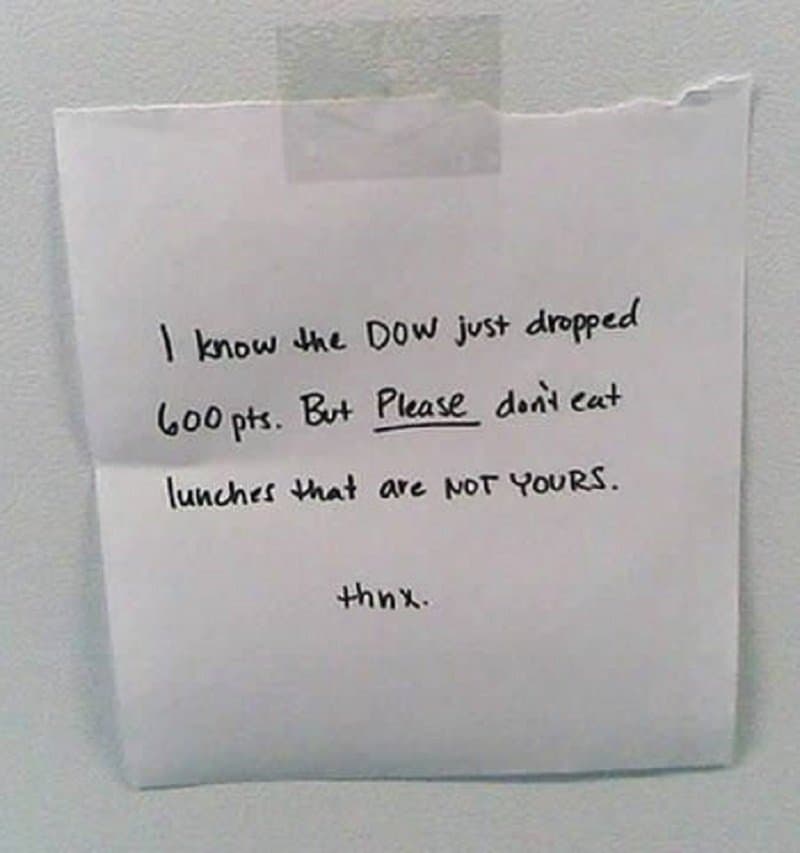 Losing a lot of money in the stock market can turn a person into an inconsiderate lunch thief. 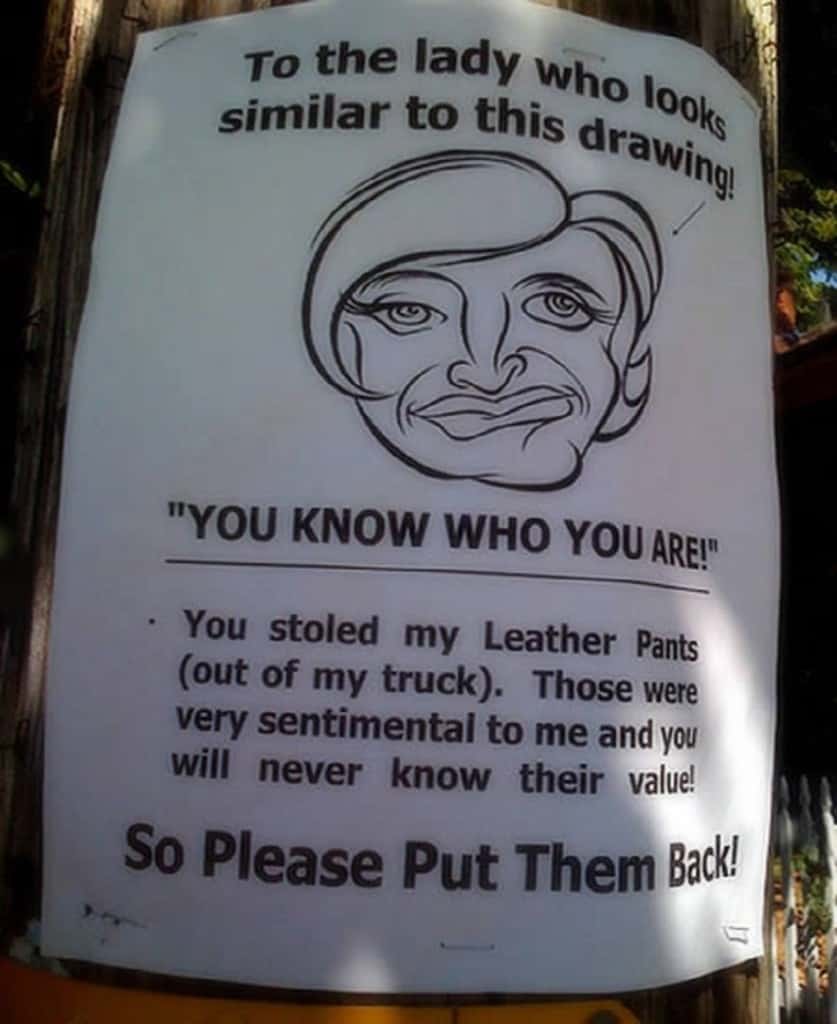 First of all, the thief in this situation looks like she had some bad botox, and secondly, why does this person sentimentally attached to a pair of leather pants, and why would he leave said pants in a truck? 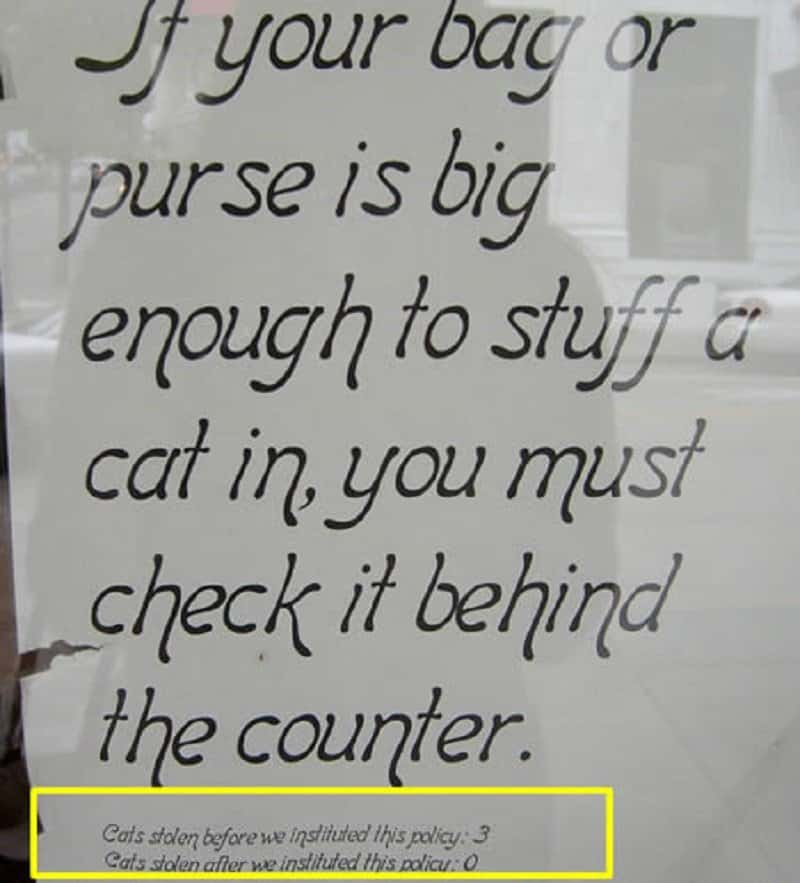 What has the world gotten to, that people can’t keep themselves from stealing cats. 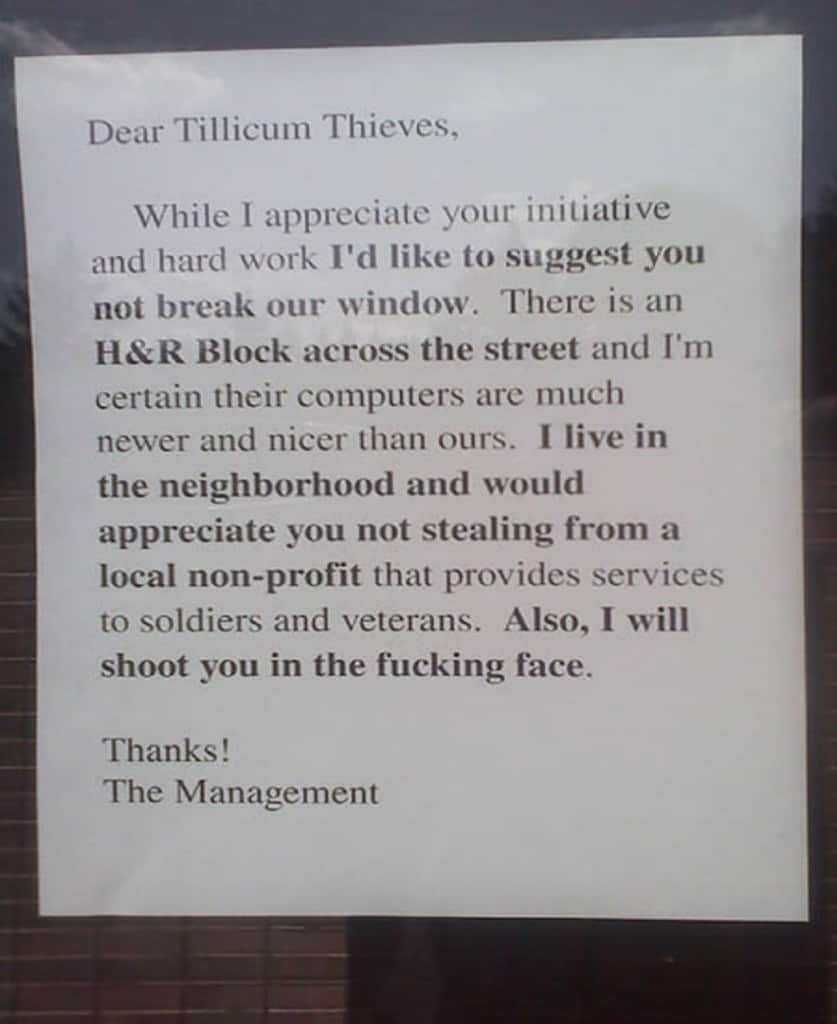 The management decided to point the thieves to a better direction, so that they at least get good computers for having invested time in stealing stuff. Smart thinking! 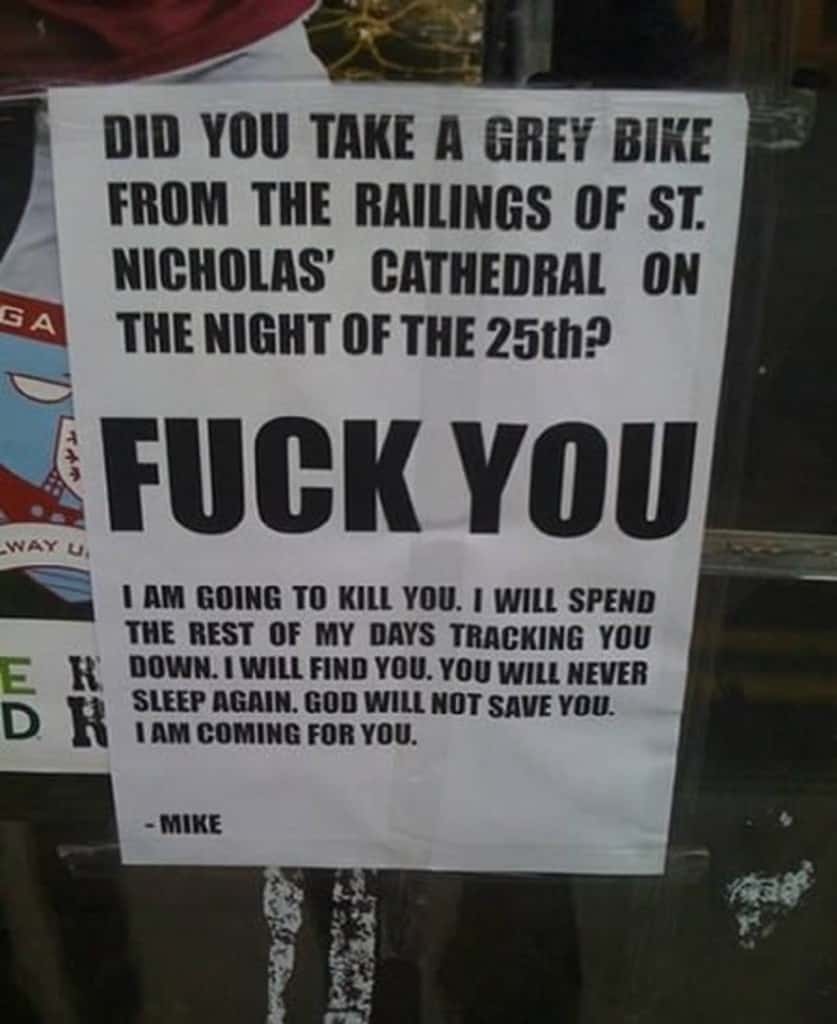 This is the angriest note I have ever read. Mike is so pissed off, that he is willing to kill a man over a bike. I’m not quite sure Mike knows that murder trumps robbery in a court of law. 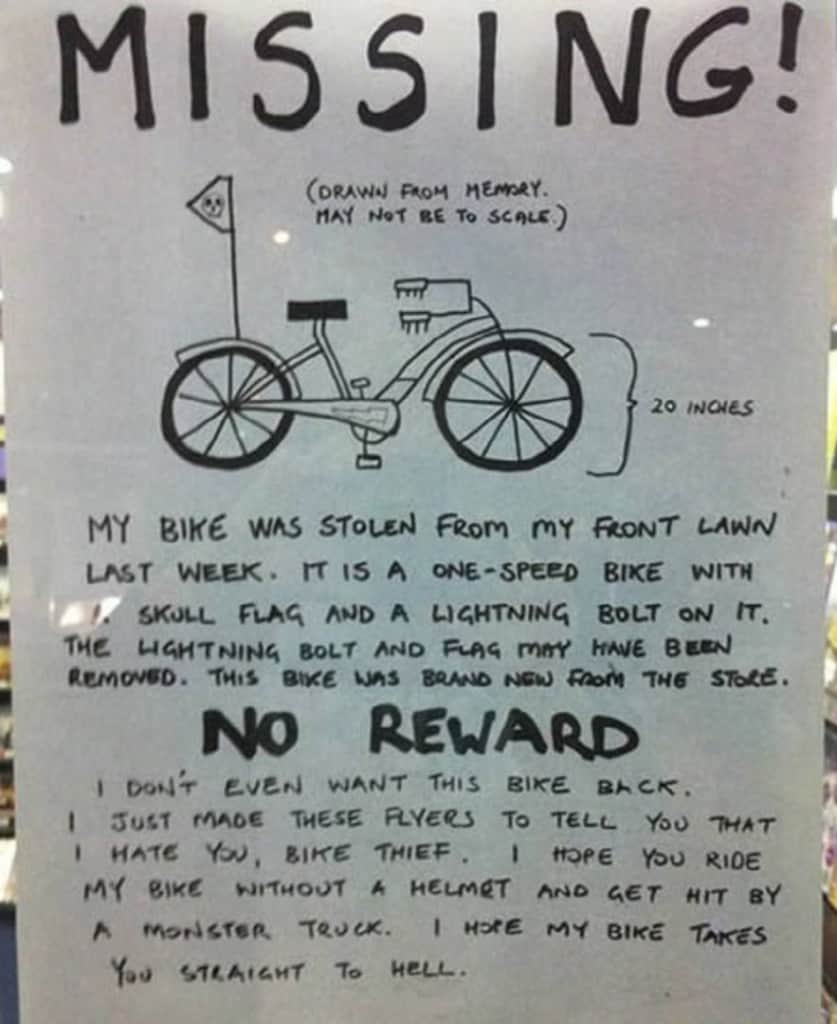 This person is offering no reward for anyone who can return his stolen geeky bike. Why would he reward someone for returning something that isn’t theirs? 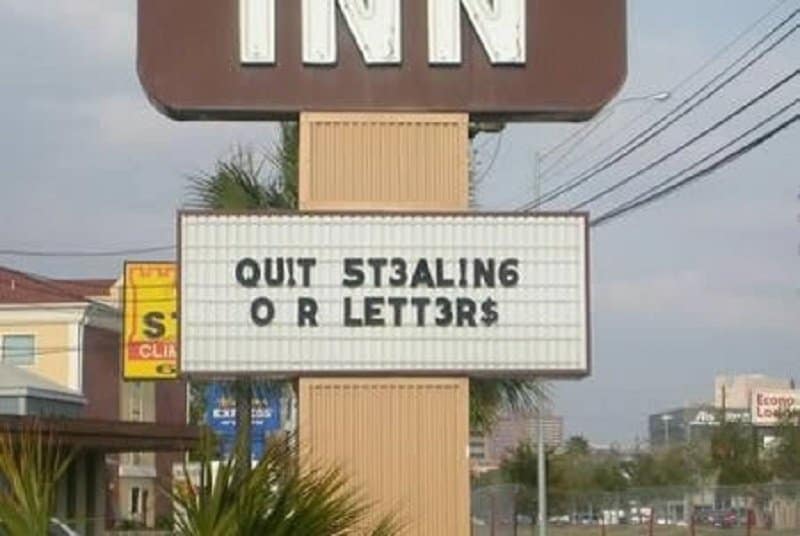 This hotel barely managed to put a sign together asking people not to steal their letters, because so many got taken already. 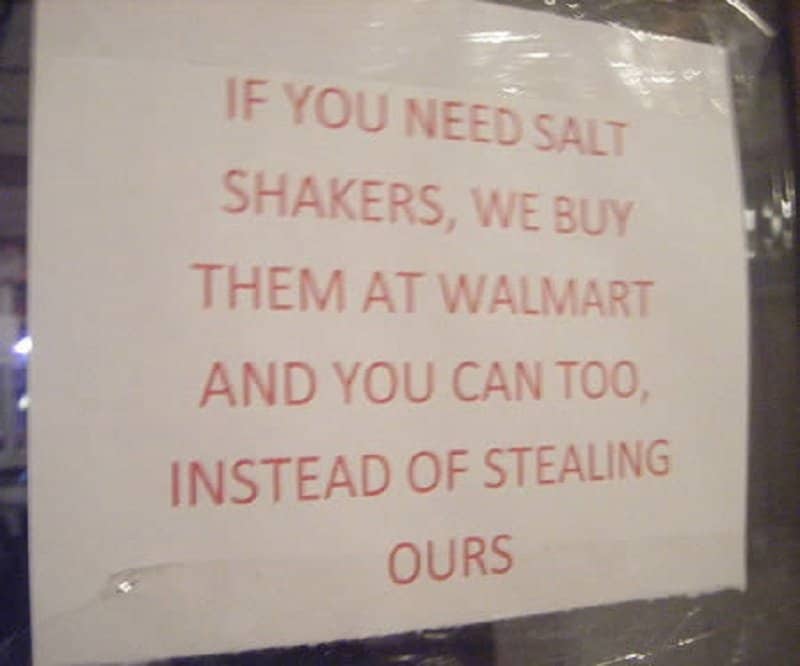