10 Amazing And Funny Snow Sculptures Made In People’s Yards

Not many people in the world have witnessed the majesty of a snowfall, but those who have will always remember it. It is yet another complex element of our planet, one of the many that contribute to such diverse topography and geographical conditions. Playing in the snow is another unique experience that only a handful get a taste of first hard. Making a snow man or having a snowball fight ends up becoming a priceless memory in most people’s lives. Those who constantly live around snow however, tend to get a bit fed up of the frigid weather and are seen desperately waiting for summer time. In the meantime, they get really great with making snow sculptures. Here is a list of 10 amazing snow sculptures that people have made in their yard. 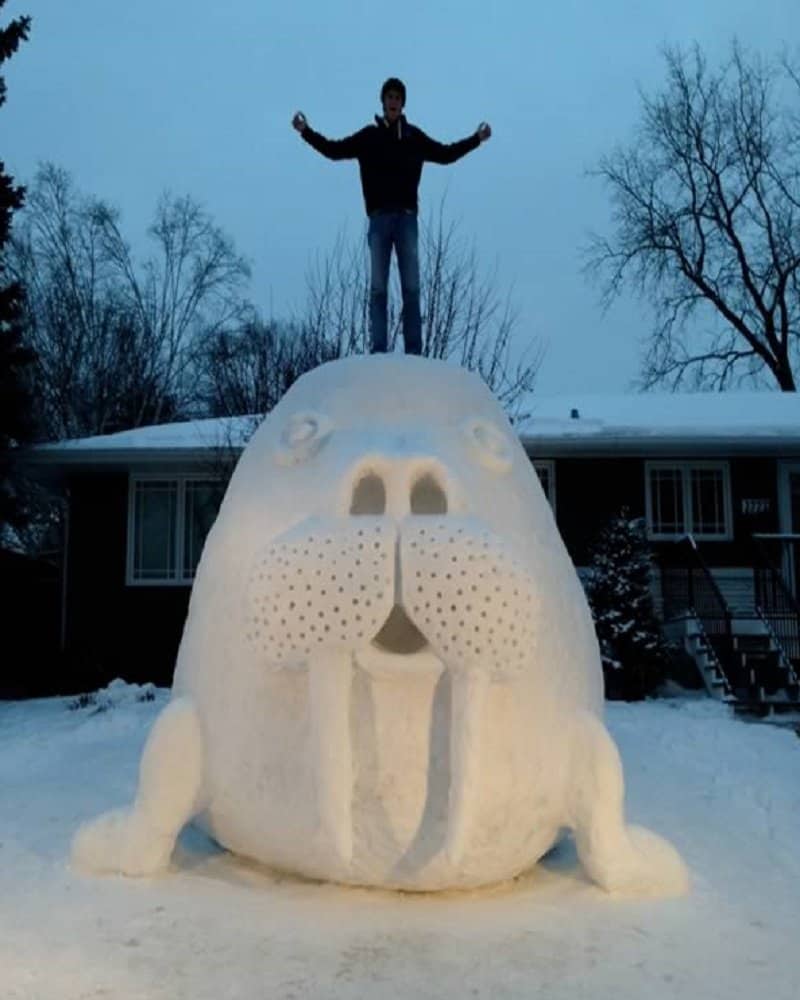 A Walrus is actually one of those rare animals that is oddly comfortable around snow. This explains the rather chilled out look on this snow walrus’s face. 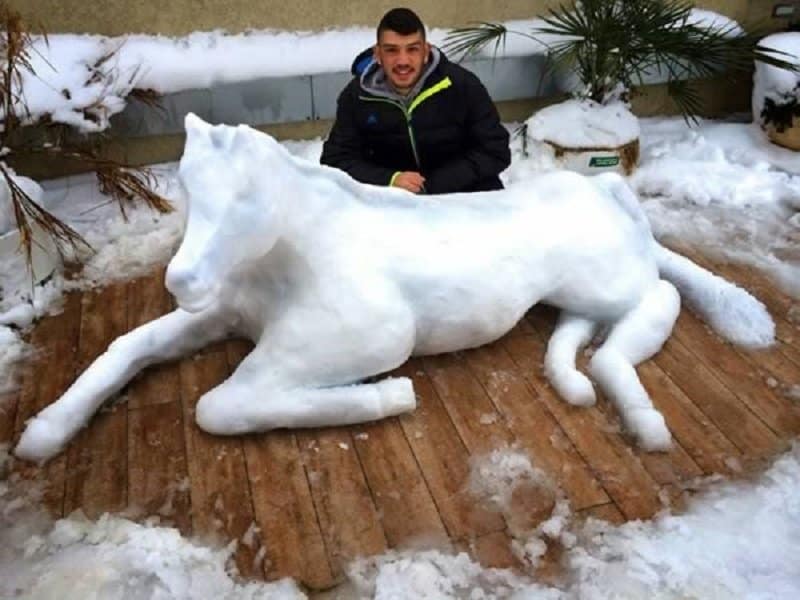 You know what would have been more magical than a snow horse? A snow unicorn! Where is your creativity man? 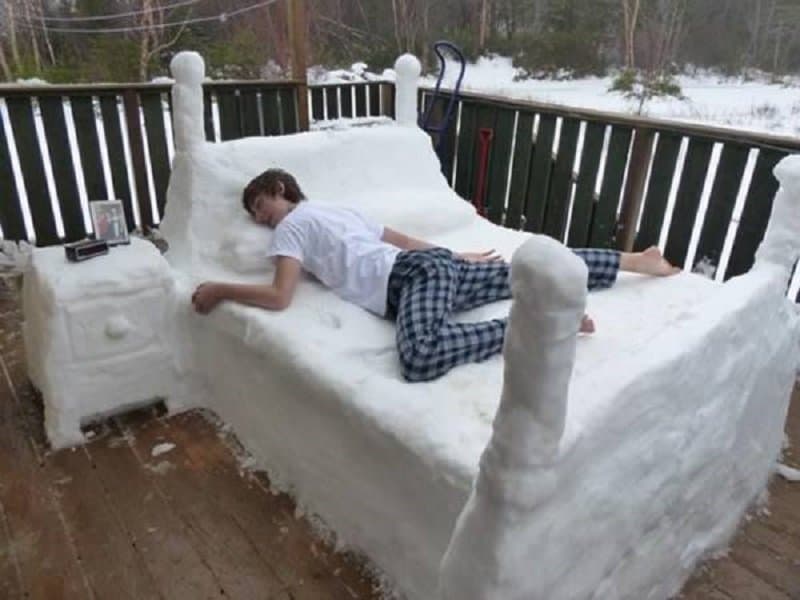 This is a rather funny sculpture to make out of snow. What makes this picture even funnier is how comfortable this boy looks in his snow bed, even though he must clearly be freezing his pants off. 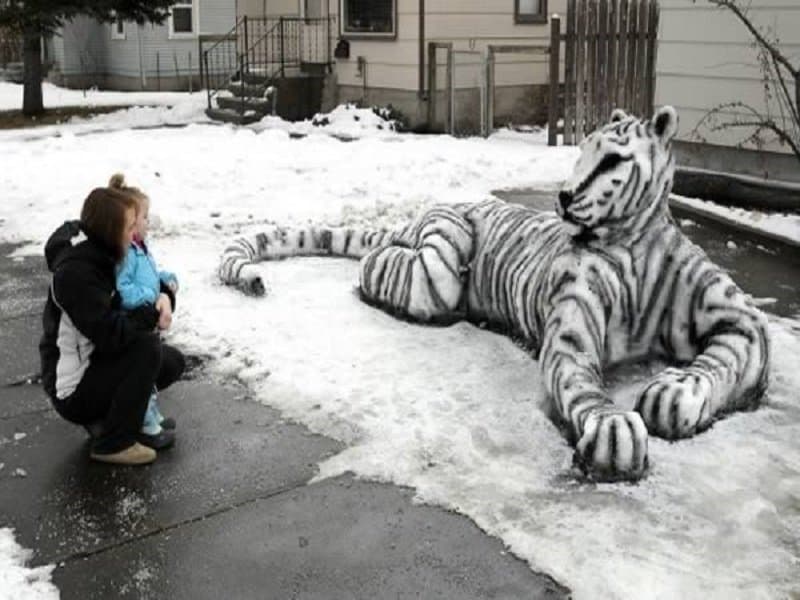 This is a great sculpture to make out of snow. Not only does the tiger look great now when the temperature is low, it will look hilarious when it begins to melt and the lines start to blur. 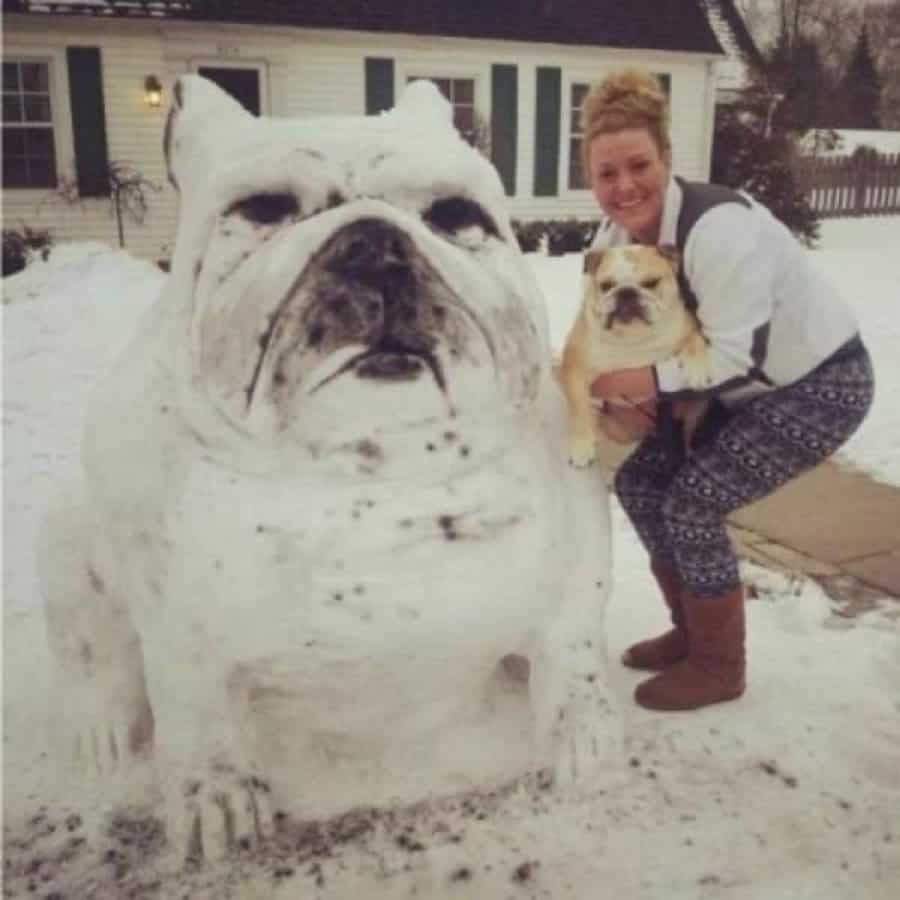 This lady decided to pay a tribute to her pet by making a larger-than-life version of the dog using the snow in her front yard. Both dogs don’t look too amused, though! 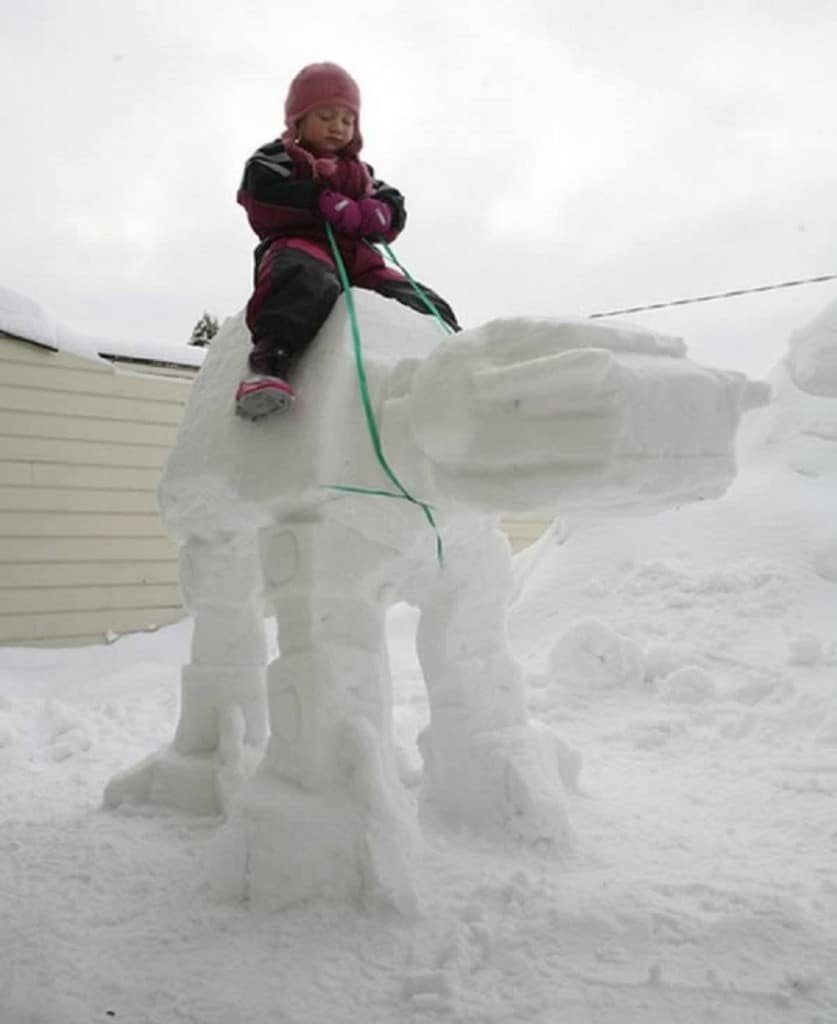 This kid clearly has had a great upbringing if his parents are making Star Wars tribute sculptures for him out of snow. 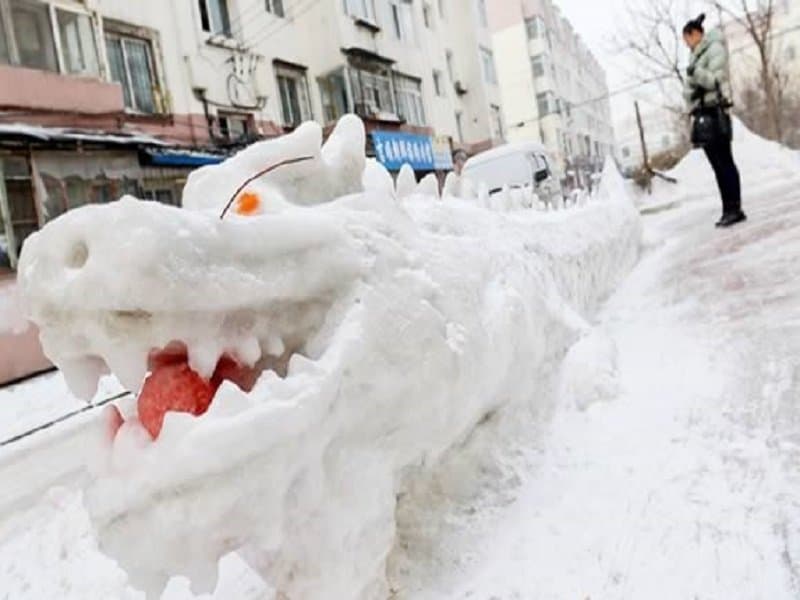 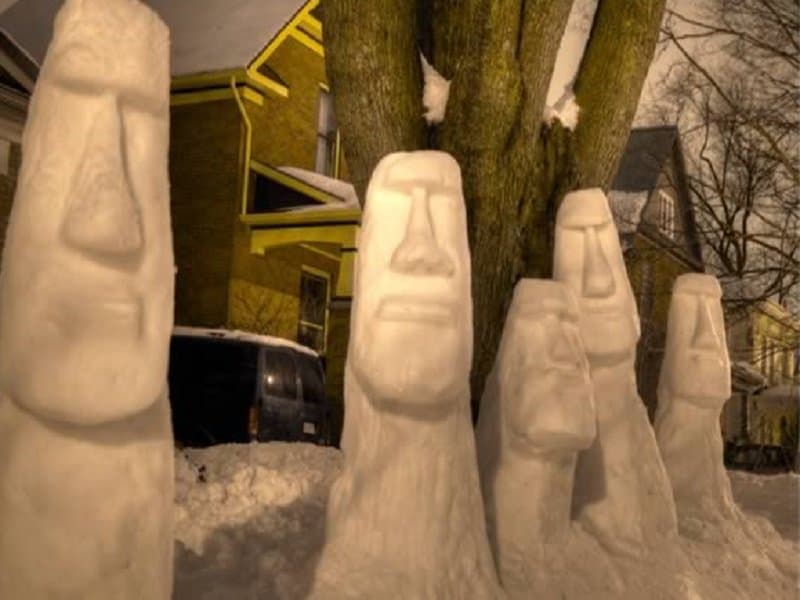 This amazing set of sculptures were seen in Waterloo, Ontario. Someone is clearly a conspiracy theory fan in this household. 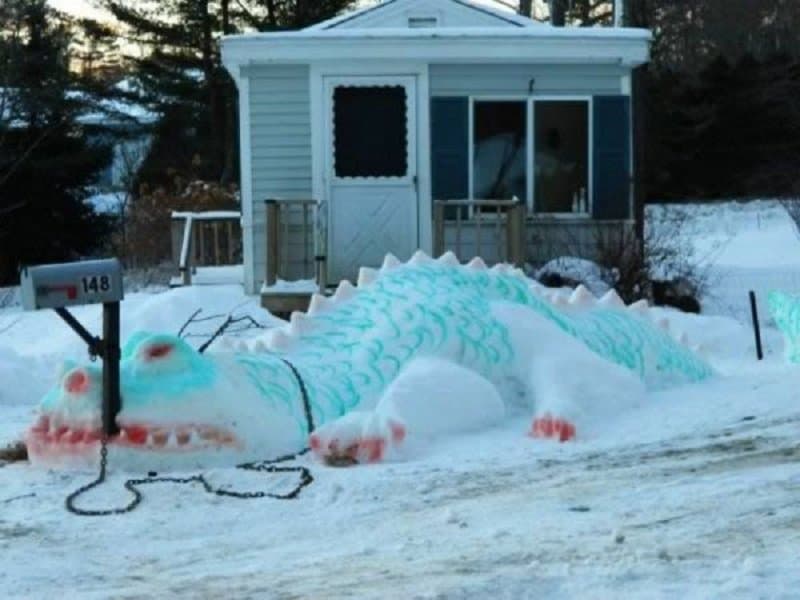 This is how you keep a dragon in your front yard — tie him up to the mail post, or he will fly away. You have been warned! 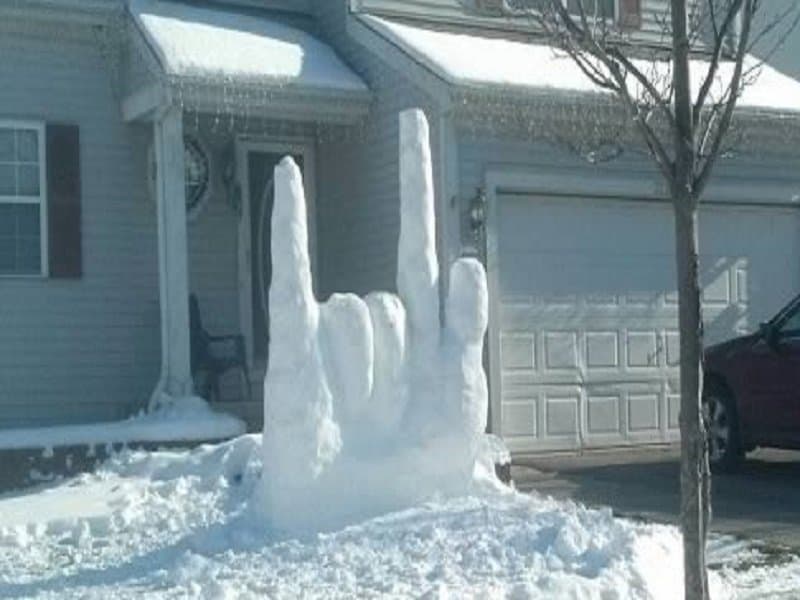 This snow sculpture was posted by a Reddit user who said that it was made by his neighbor who is deaf. For those who don’t know sign language, this is the universal symbol for ‘I love you’.