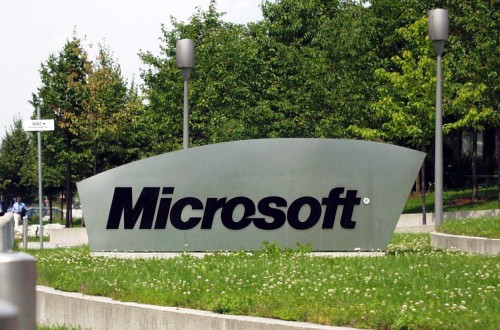 There’s really no introduction needed for this historically successful technology company. Microsoft gained fame as one of the big names in technology early on and continues to be a giant company that many other prominent names, such as Apple, compete with to meet the technology needs of customers within the U.S. and globally.

A lot of people have studied Microsoft and its founder, Bill Gates. However, more information on this company is coming to light each year. Analysts and historians strive to understand how such a small company became today’s technology giant.

Do you know what Microsoft’s net worth is? What would you guess the Microsoft net worth number to be?

What is Microsoft’s Net Worth?

Microsoft is considered a trillion-dollar company, with shares increasing as the years go by. Growth seems unchecked, even in the face of competitors such as Apple. The brand valuation for Microsoft sits above $1 trillion, which is hard to fathom for most folks.

Back in 1986, Microsoft first went public. Their initial public offering was set at a fair amount back then, but the stock quickly rose and continues to rise today. The price of shares and dividends has only increased exponentially as the company continues to push further in the field of technology.

Microsoft has been cited for creating several millionaires within its ranks and 3 billionaires of note.

Microsoft is a multinational company founded by Bill Gates and Paul Allen in 1975. It is one of the largest technology software companies in the world, offering solutions to customers from several countries. The reach of Microsoft seemingly knows no bounds.

You may also associate Microsoft with the Windows operating system, which it is famous for. In contrast to Apple and the Macintosh operating system, Windows is favored by many customers over the unique format Apple provides on its platforms.

Microsoft is also the creator of Internet Explorer and Edge, which have recently been kicked off their pedestal as the premiere web browser by Google’s Chrome.

How Did Microsoft Make Its Money?

Microsoft Office and Microsoft 365 are also popular products of this giant conglomerate. You may also know of Microsoft for their Xbox gaming system, which competes against PlayStation for popularity among the gaming crowd.

Microsoft is also known for developing IT industry products and continues to do so to keep relevant and stay at the cutting edge of technological standards. Microsoft’s net income in 2021 was $61 billion, but in 2019 it was only $39 billion. The company continues to increase its profits with technological solutions that make everyday life function like it does for many people.

When calculating Microsoft’s net worth figures, it’s best to consider business potential, current assets, and future market capitalization. Microsoft released its cloud services to stay ahead of the competition, but the technology sector also brings with it many new opportunities. It is estimated that Microsoft net worth figures will continue to rise as the years go on.

Microsoft is headquartered in Redmond, Washington. It is among the top 5 most successful IT companies, including Amazon, Google, Meta, and Apple. While Bill Gates was the founding CEO and acted as such, Steve Ballmer succeeded him in 2000. Satya Nadella is the current CEO and has been in office since 2014.

Microsoft is one of only two public cloud providers, giving it the edge over customers who want to access information from anywhere, not just their personal computers. It has the third highest brand valuation globally, making it a highly-influential company with the ability to impact society strongly. Top shareholders include companies such as Blackrock Inc., Capital Research & Management, The Vanguard Group, T. Rowe Price Associates, State Street Corp., and FMR LLC.

With over 180,000 employees, Microsoft continues to dominate the IT world. Competitors include Sony and Apple, but the company recently acquired LinkedIn in 2016 and Skype in 2011.

You may also know Microsoft as the creator of the MS-DOS operating system. That is, if you remember what operating systems were before the technological world grew exponentially into things like cryptocurrency and backing things up to the Cloud.

What’s Next for Microsoft?

Microsoft is taking a responsive approach to the future. Their Project Alexandria aims to leverage business knowledge to form a database for business people of all backgrounds to access. Microsoft also invests in Socially Intelligent Meetings and Project Tokyo.

With a continued focus on intelligence, creativity, and collaboration, Microsoft leads the way towards a more capable future with many technological advancements to accommodate life and all that goes with it.

What is Microsoft’s net worth?

Microsoft has a net worth of over $2 trillion.

How much does Microsoft earn?

Microsoft’s monthly revenue is about $18 billion.

How old is Microsoft?

Microsoft is a 47-year-old company.

When was Microsoft founded?

Microsoft was founded in 1975.

What is Microsoft Net Worth?

How much money does Microsoft earn?

How tall is Microsoft?

How old is Microsoft?

When is Microsoft birthday?

Microsoft birthday is on 9th February.