Sunny Leone, an Indo-Canadian adult film star, is considered one of the most followed in the entire industry. She has been acting in adult films since 2009, and began with just her boyfriend before they broke up.

Sasha Grey is one such star that has managed to make the transition from popular female adult actor to mainstream movies. She is also a fashion model and author. Her net worth is $3 million thanks to adult movies.

Katie Morgan began her career as a simple radio talk-show host and feature dancer before appearing on a few HBO movies. She has since retired from the adult entertainment world, following her marriage. Now she remains rich.

Traci Lords is mostly known as a singer, model, and writer, but she spent some time working as a nude model in the adult entertainment word at the tender age of 15. She featured in multiple illegal films during this time.

Jesse Jane certainly has the assets of an adult film star, which have helped make her one of the richest women in the industry. The girl never grows tired while filming a scene, and has since performed in hundreds of feature-length adult movies.

Tera Patrick, a model, talent agent, and author, was once part of the adult empire before building her own multi-million empire. She spent quite a bit of time as a nurse, both on camera and off. Her production company has helped push her to be worth $15 million today. 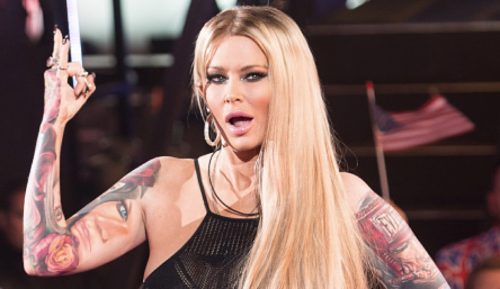 Jenna Jameson has managed to become the single most popular and important woman int he adult film industry. She is currently worth $30 million after she sold her website to Playboy. Most of her wealth came through her films and sex-toy business.