The 20 Most Terrifying Places In The World

Are you afraid of the dark? Tales of shadows during the night, strange noises and moving doors have collected in some places more than others and over time, they have earned themselves something of a reputation. In the world, there are hundreds of places you can visit if you’re looking for a good scare and luckily for you, we’ve found the top 20. Hold on to your hats, everyone; these places are seriously haunted and you might want to think twice before venturing inside their walls alone. 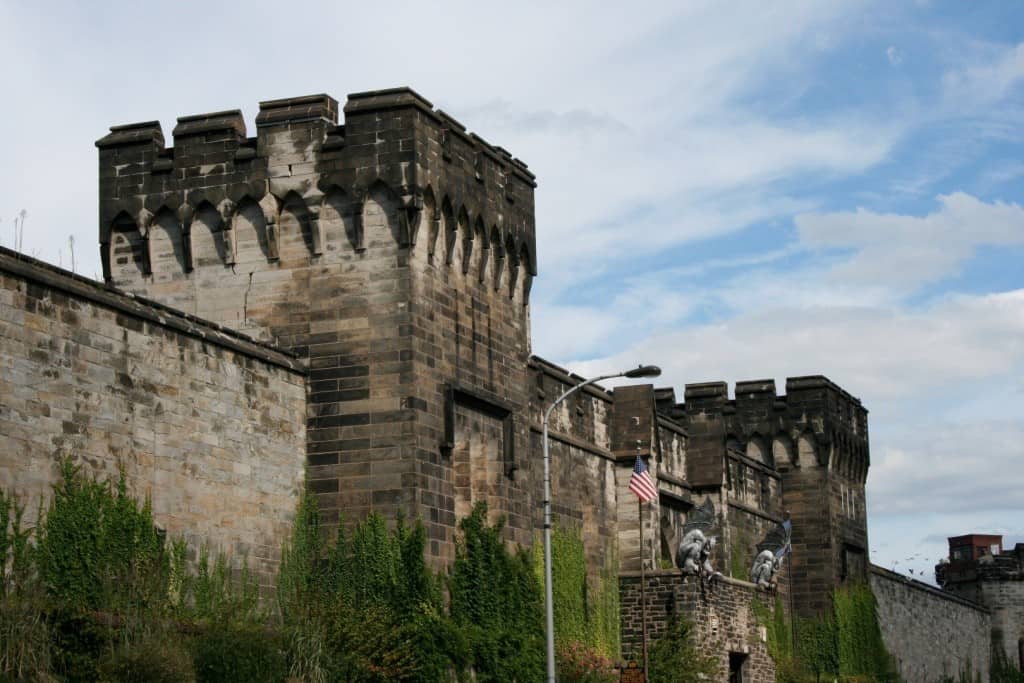 A former prison in Pennsylvania, Eastern State Penitentiary is one of the creepiest places around. One of the harshest prisons of its time, many inmates were driven to insanity within the walls and as a result, the building holds a lot of negative energy. Don’t venture here in the dark; sources have seen shadowy figures and ghostly faces wandering the prison blocks. 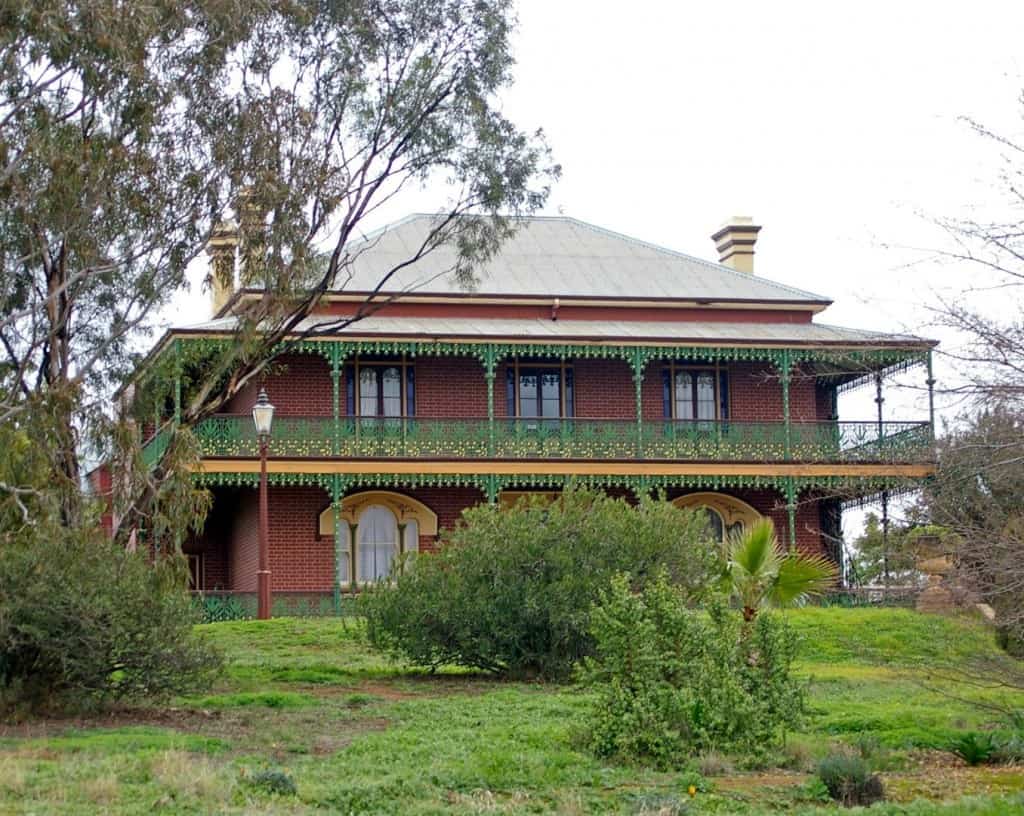 One of the most haunted places in Australia, the Monte Cristo Homestead has a long and tragic history. Many of the inhabitants of the home died in mysterious and unpleasant ways and even today, it is said that a malevolent energy remains inside the walls.

The Tower of London 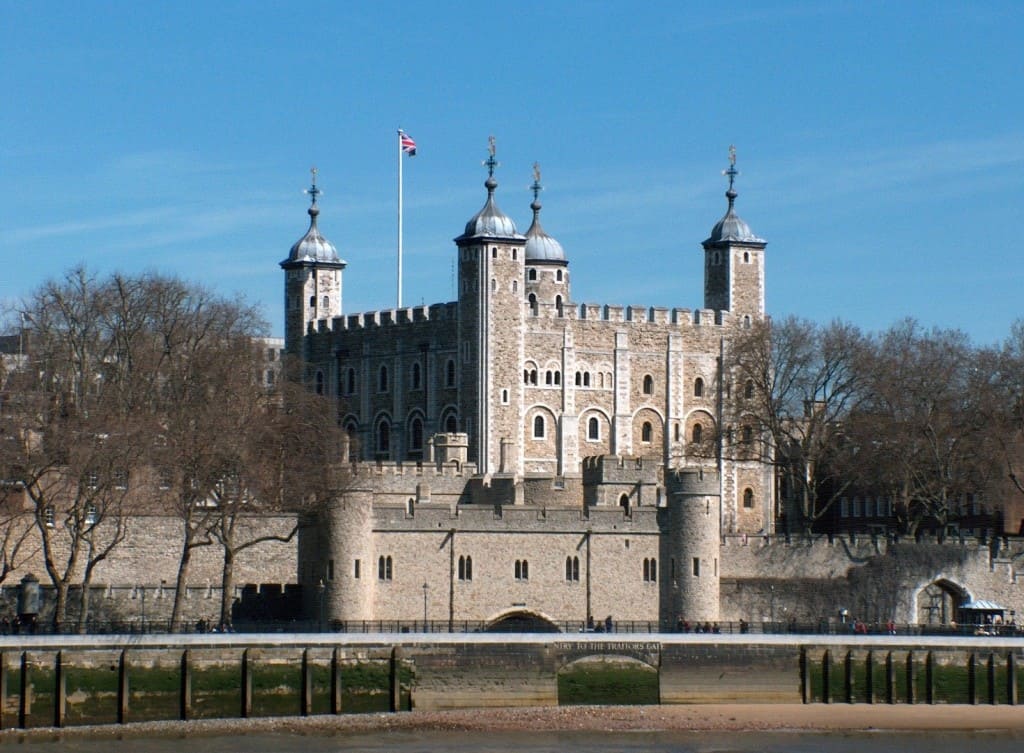 Home to some of the most brutal beheadings ever to have taken place, The Tower of London is one of the UK’s most infamous sites. With a history going back 900 years, the tower has seen some of the most noteworthy prisoners of all time, including Anne Boleyn, Lady Jane Grey and murdered princes, all of whom have been spotted wandering the vicinity. 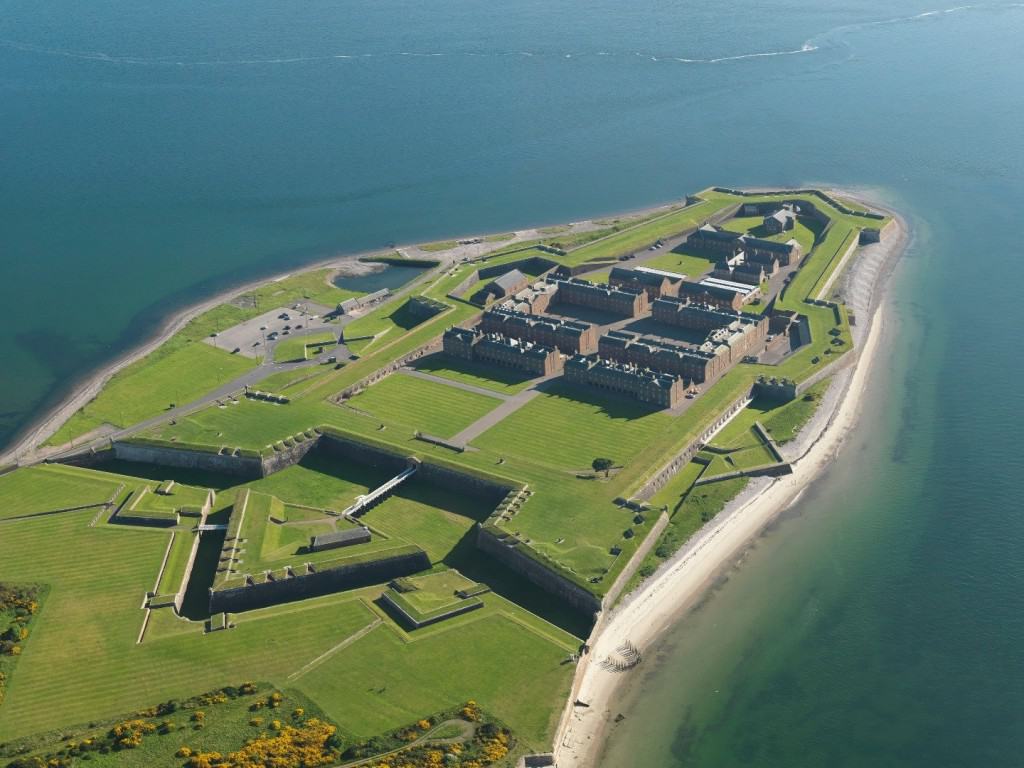 Canada’s star-shaped fort is one of the most haunted places in the country. Staff members have repeatedly reported sightings of a soldier who disappears into thin air and visitors have complained of unseen figures holding their hands on tours. Whatever is going on at Fort George, it’s certainly not friendly. 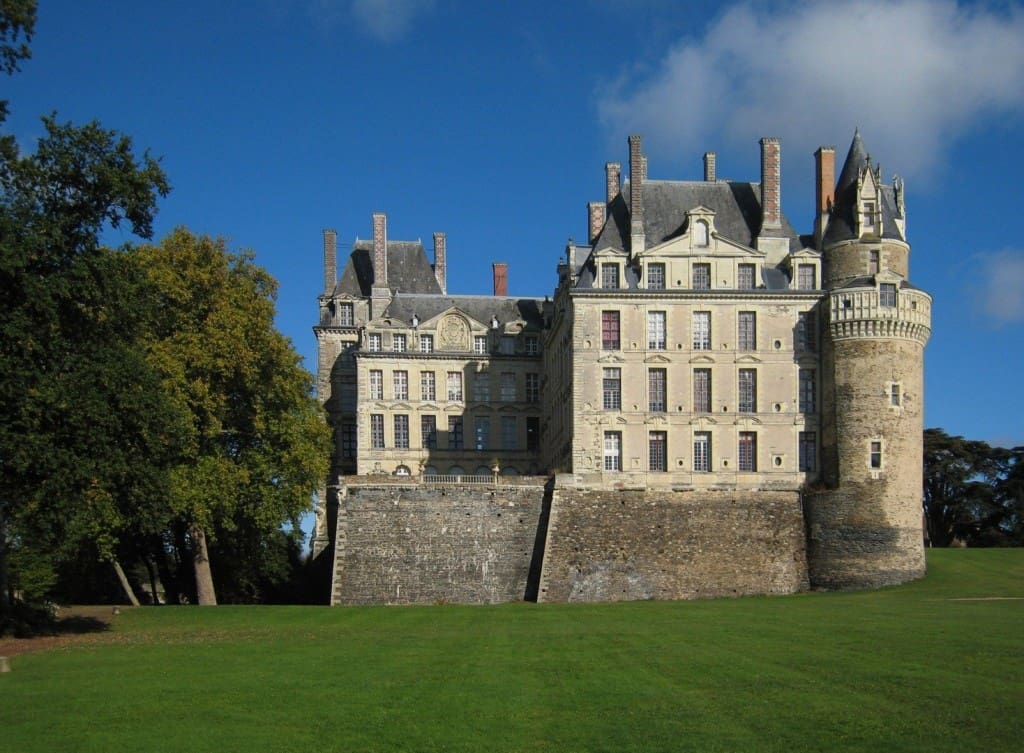 Despite its physical beauty and location in the breathtaking Loire region, Château de Brissac has a long and bloody history. Stories of murder and betrayal within the castle are rife and visitors often hear blood curdling screams echoing through the corridors. 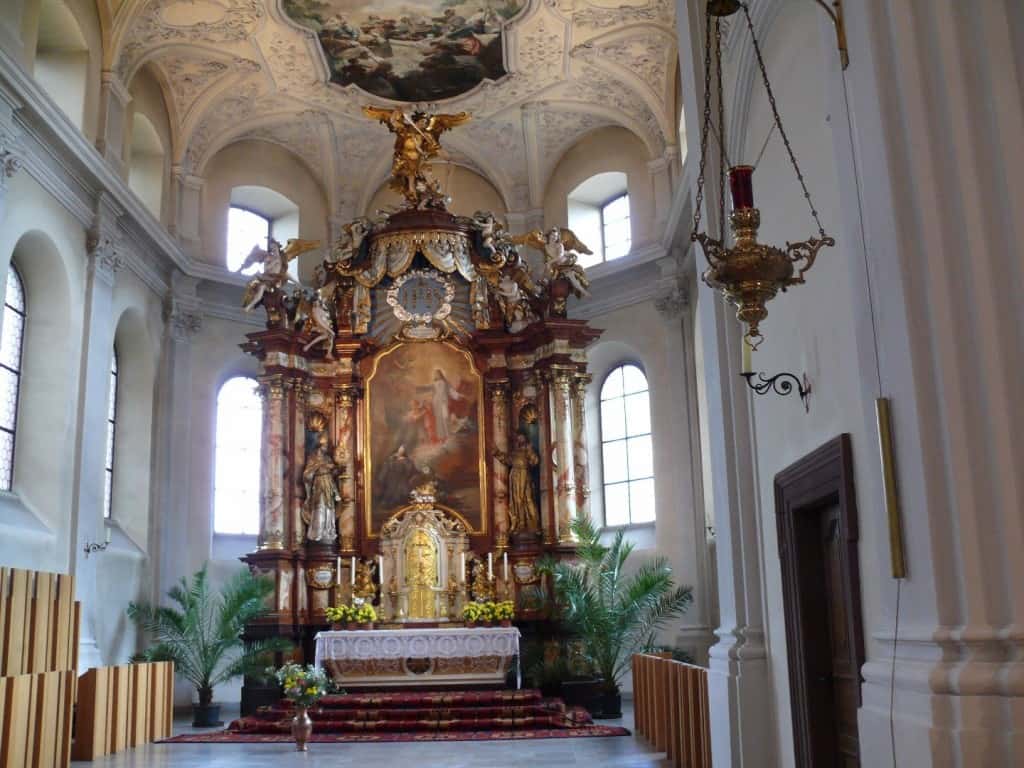 With a history tied up in witch trials, the Kloster Obernzell convent in Germany is a seriously spooky place to visit. Most famously, a former nun was tried and convicted of witchcraft and can still be seen traipsing through the corridors of the old convent. 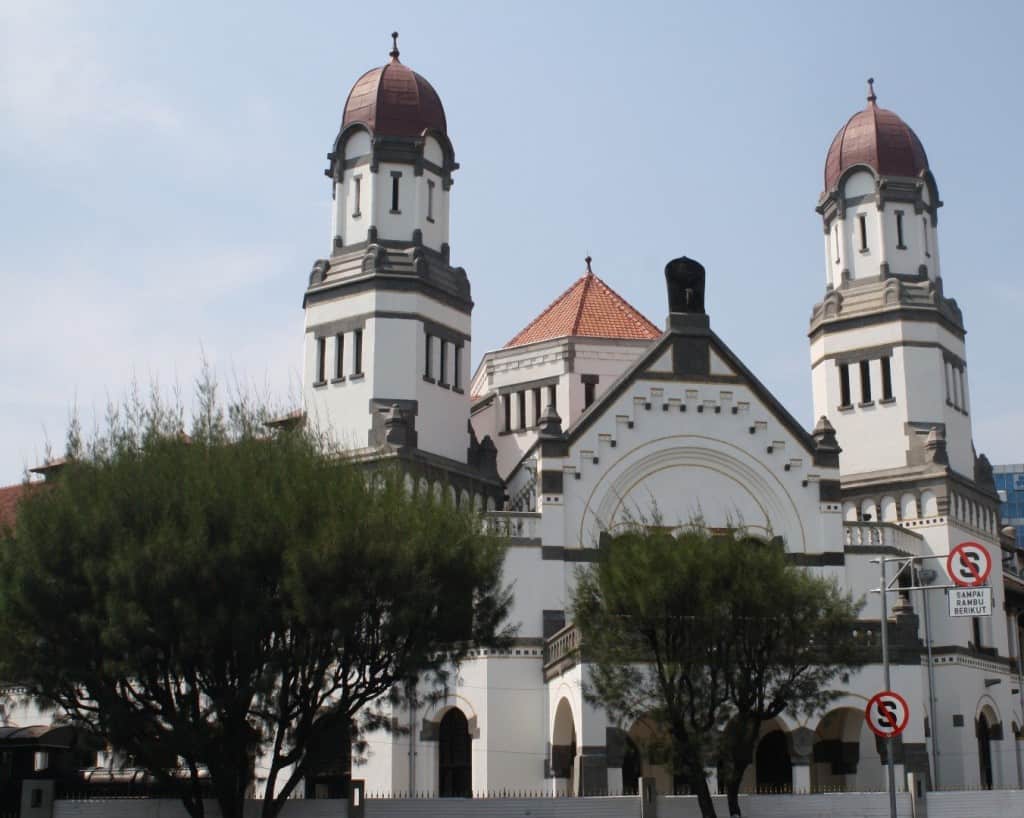 Indonesian detention camp Lawang Sewu was one of the most brutal in the world when it was in use. Prisoners were interrogated, tortured and even killed in the prison walls. The place is so scary, in fact, that it has played as the setting for a horror film and hosts many tourist groups today, looking for a good scare. 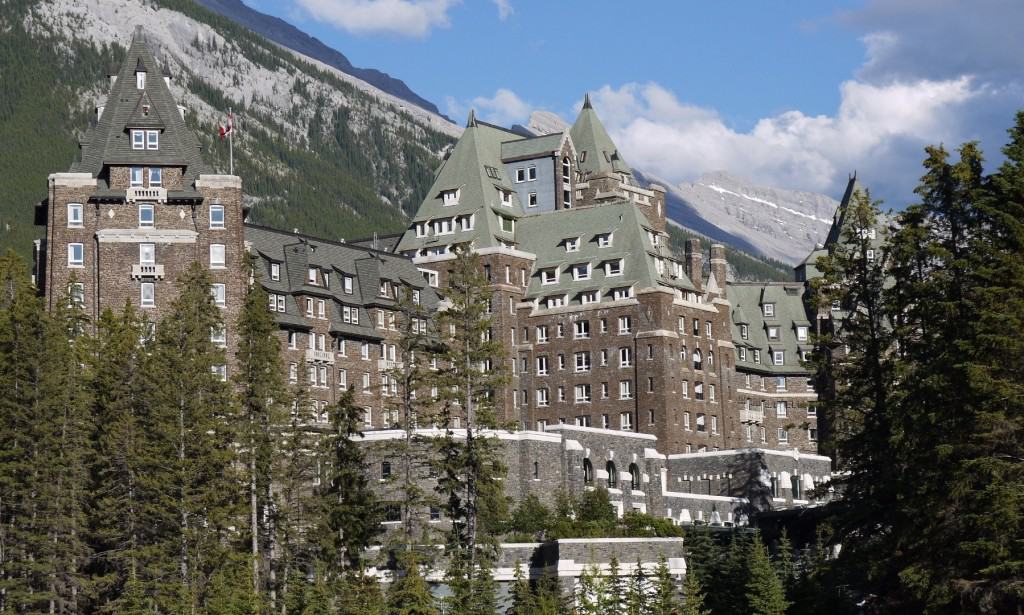 A luxury hotel in some of the most picturesque surroundings, you would be forgiven for assuming that the Banff Springs hotel is a nice place to visit. The building is still plagued by sightings of a family murdered in room 873 and, although the bedroom has since been bricked up, the place still feels very eerie indeed.

To the outside eye, the sleepy village of Borgvattnet in Sweden is just another rural beauty in the country. Look a little closer, though, and you might be in for a nasty surprise. The old vicarage in the town has been plagued with some of the most violent ghost sightings in history and if you make it through the night in the building, you are granted a certificate of survival! 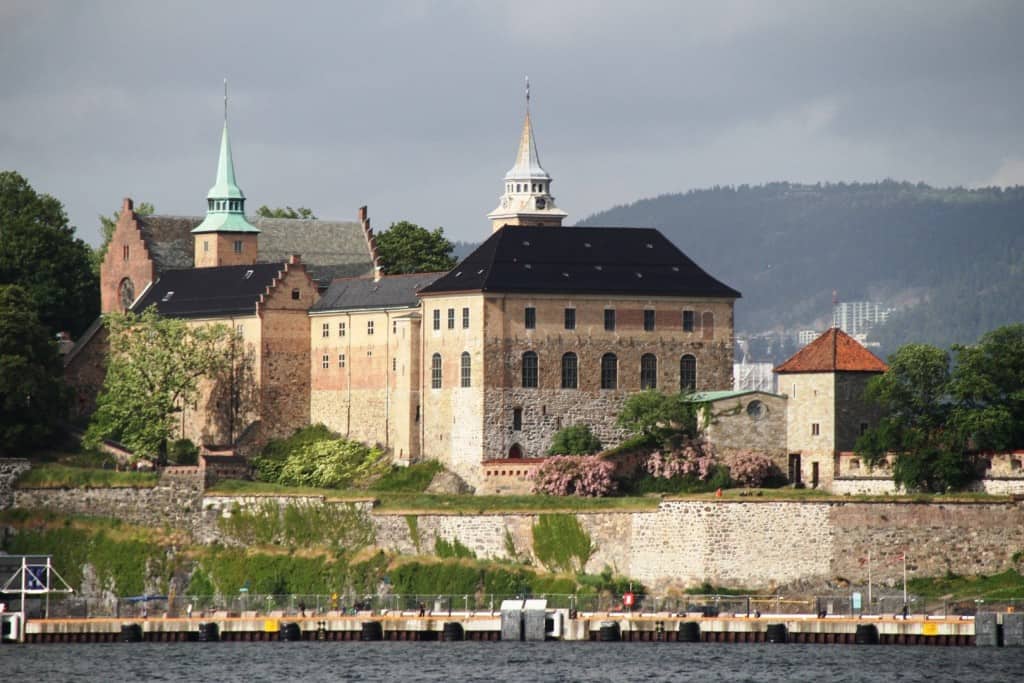 Oslo’s only fortress, Akershus Festning, has a history dating back to the 13th century. Having served as a castle, a prison and even a Nazi base, the old fortress has its fair share of spirits, including that of a dog, who chases away any intruders. 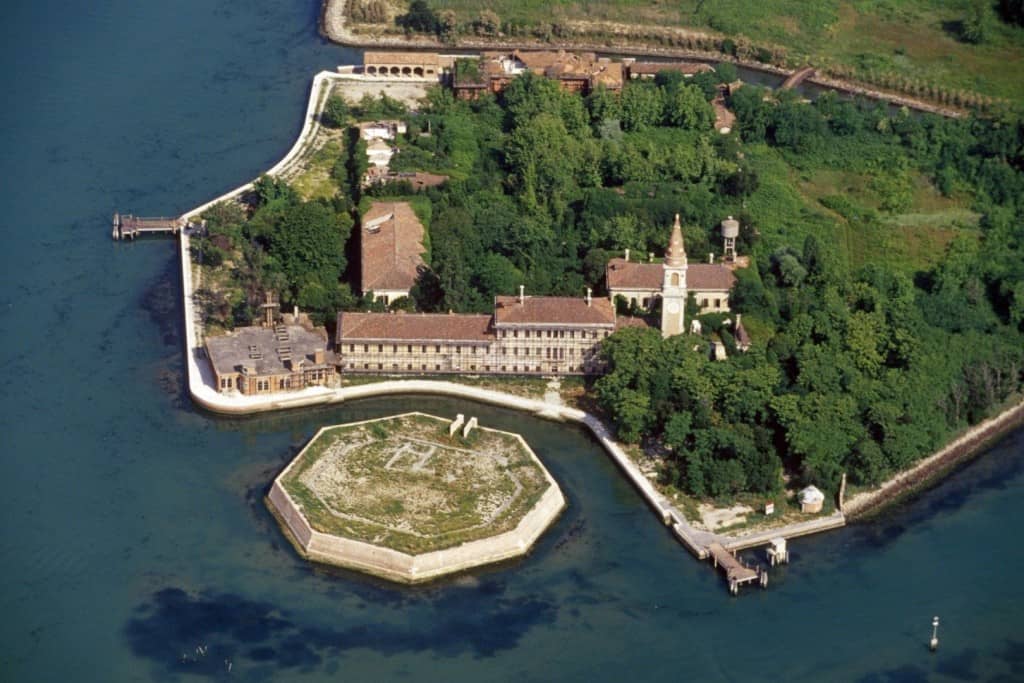 Nestled in Venice’s stunning lagoon, Poveglia Island has been completely abandoned by citizens since the 14th century. Over the years, it has served both as a place of quarantine for people infected with the plague and as a mental asylum. Needless to say, the island has its fair share of horror stories and to this day, locals refuse to step foot on it for fear of what they might find. 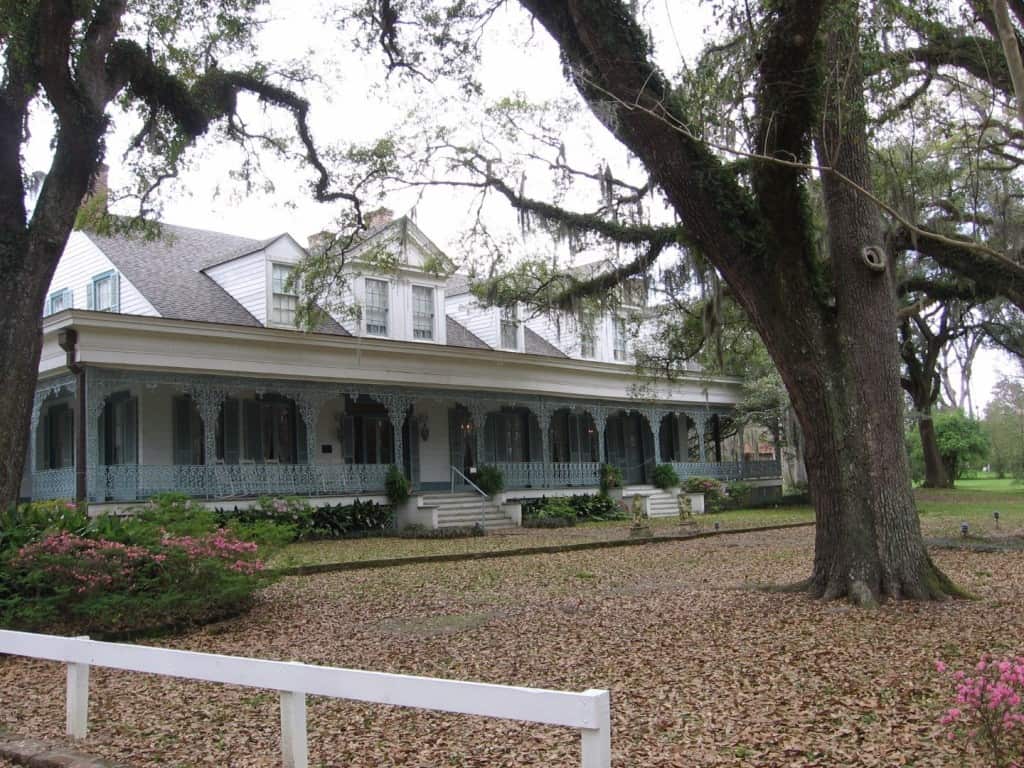 Although it currently serves as a bed and breakfast, the Myrtles Plantation in America is one of the most haunted places in the country. According to legend, a slave during the 1800’s poisoned an entire family and ever since then, ghosts have been spotted wandering the house.

Island Of The Dolls 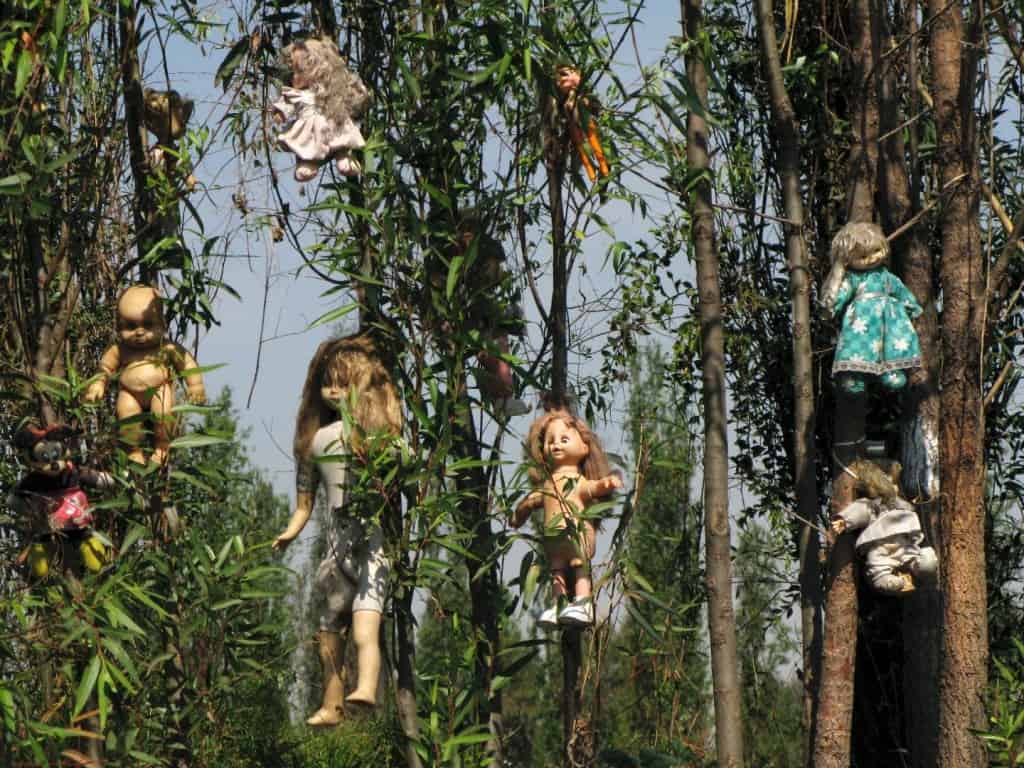 Living up to its creepy title, Island of the Dolls in Mexico is plagued by a very dark history. The place gets its name from the ghost of a drowned girl, who reportedly plagued a later inhabitant with requests for dolls, threatening a similar death if he did not comply. 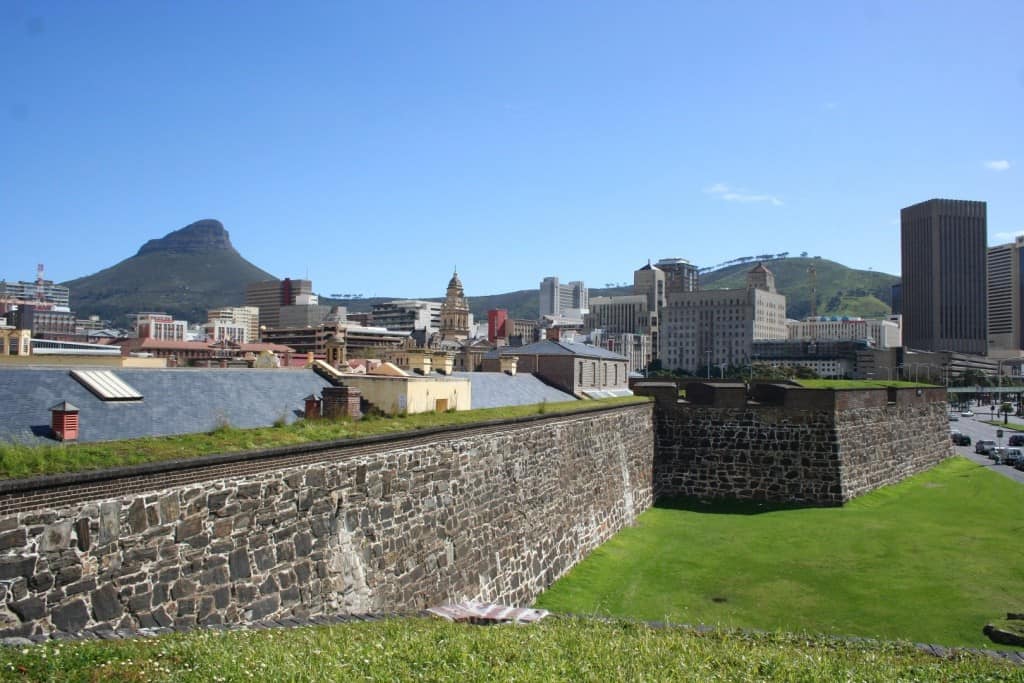 The oldest building in South Africa, it’s hardly surprising that the Castle of Good Hope comes equipped with a ghost story or two. Used as a prison in the 17th century, inmates of the castle were often chained up and executed and it is said that today, you can still hear their blood curdling screams. 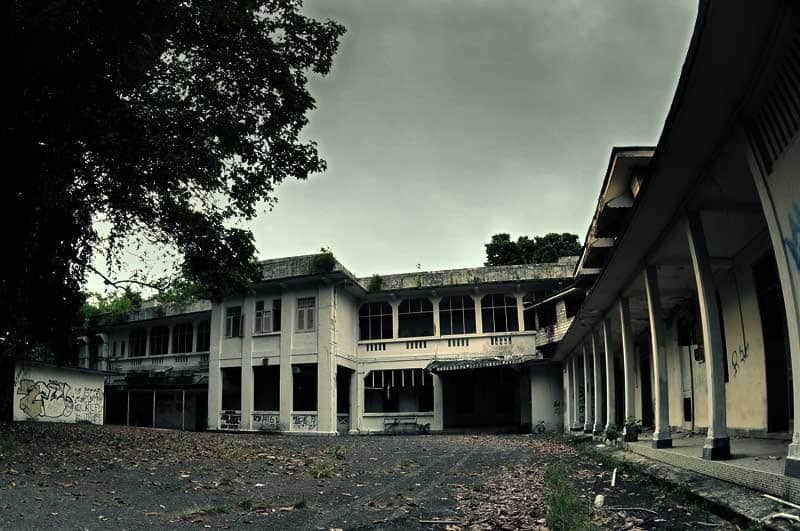 Used as a hospital during the Second World War, Old Changi Hospital is packed with ghostly spirits and sightings. Most commonly, visitors claim to have seen the figures of Japanese soldiers wandering the halls, looking for a way home. 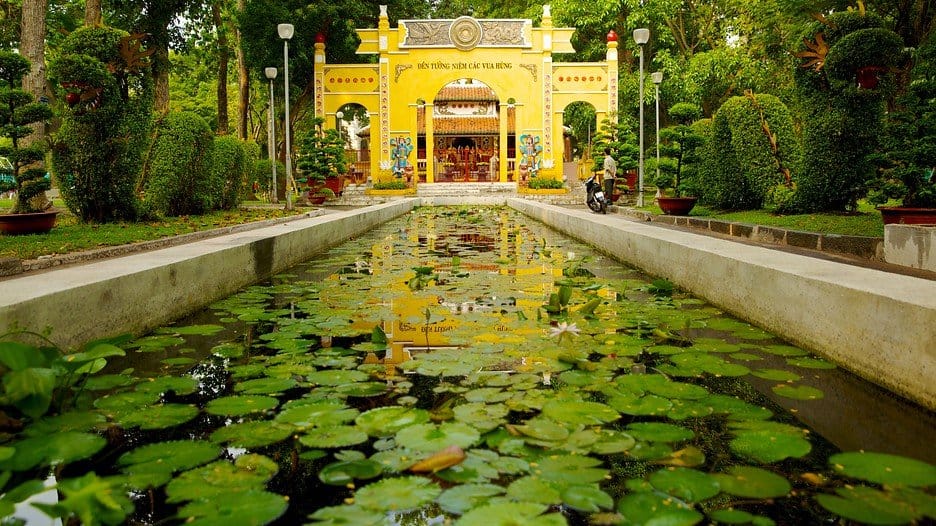 One of the most beautiful Vietnamese parks during the day, Tao Dan Park has a sinister underside. When the sun sets, you’re unlikely to find anyone wandering the park alone; it is said that the ghost of a murdered man wanders the area at night, searching for his long lost love. 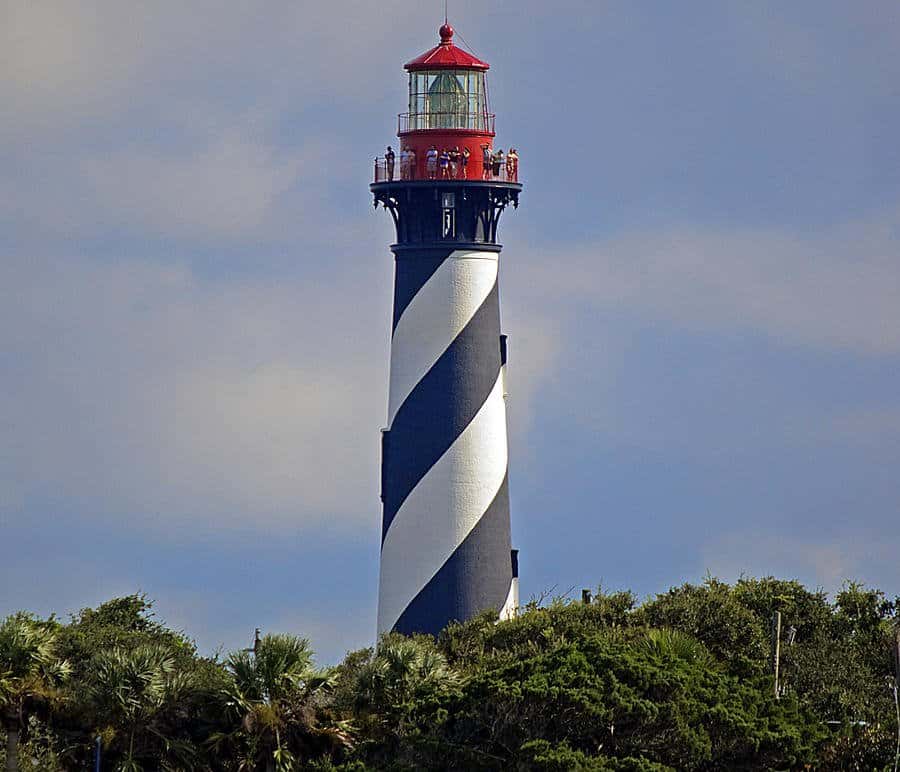 A beacon for lost ships on stormy nights, St. Augustine Lighthouse also has its fair share of scary tales. Most frighteningly, the apparition of a lost woman has been seen walking around the building and it is said that on dark nights, you can still hear her cries for help. 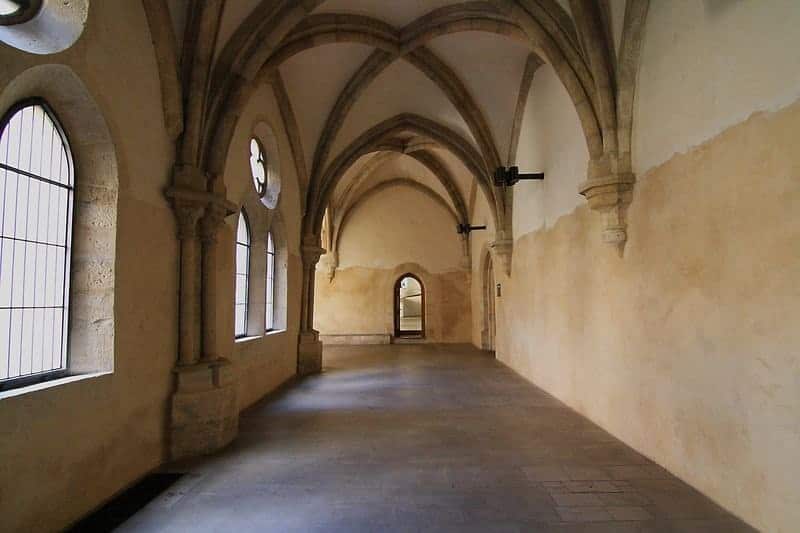 A city rooted in mystery, Prague is a great place for ghost lovers to venture. The Convent of St. Agnes is at the top of the bill, boasting the ghost of a murdered nun, still covered in the blood from her death. 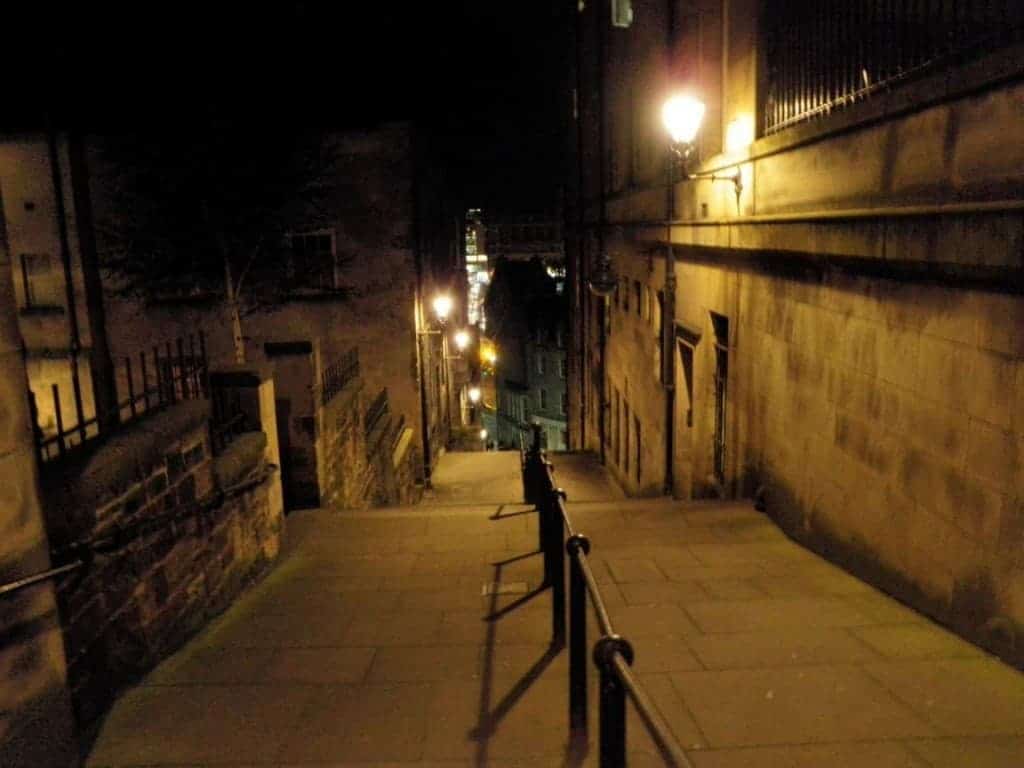 Beneath the streets of Edinburgh, something wicked lies. Mary King’s Close is a subterranean maze of streets and buildings, once a thriving part of the city. Now, however, the underground city is something of a ghost capital, filled with sightings of women in black, ghostly children and disembodied limbs. 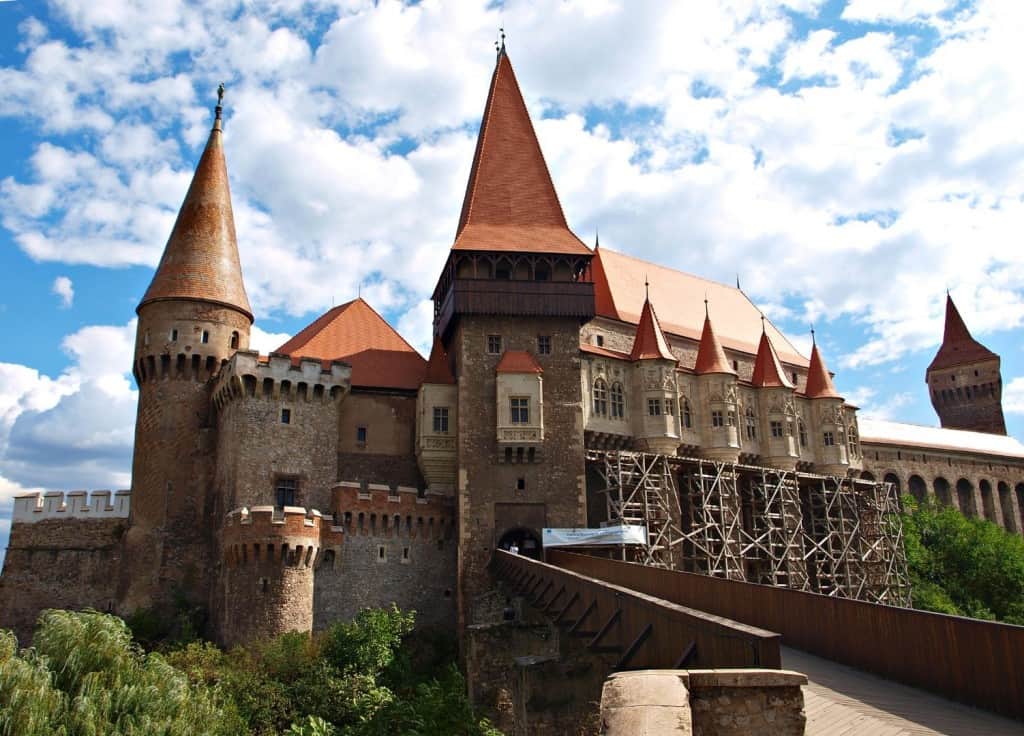 If you’re looking for the most scary place in the world, however, there’s no place more sinister than Transylvania in Romania. Corvin Castle is said to have been the prison of the infamous ruler Vlad the Impaler and at night, it is said that the ghost of the murderer walks alongside vampires.