Celebrities are everywhere. Whether you love to follow celebrities, or could care less about their social status, you can’t help but notice them because they’re all over the media pulling all kinds of stuff that you just wouldn’t dare do in “normal” society. This makes them either shocking, laughable, or a good deal of both, because maybe they’re just truly being themselves, and in “normal” society, “just being yourself” is something of a sin. Check out our list of twenty outlandish, daring and ear defining celebrities and see if your favorites are on here. 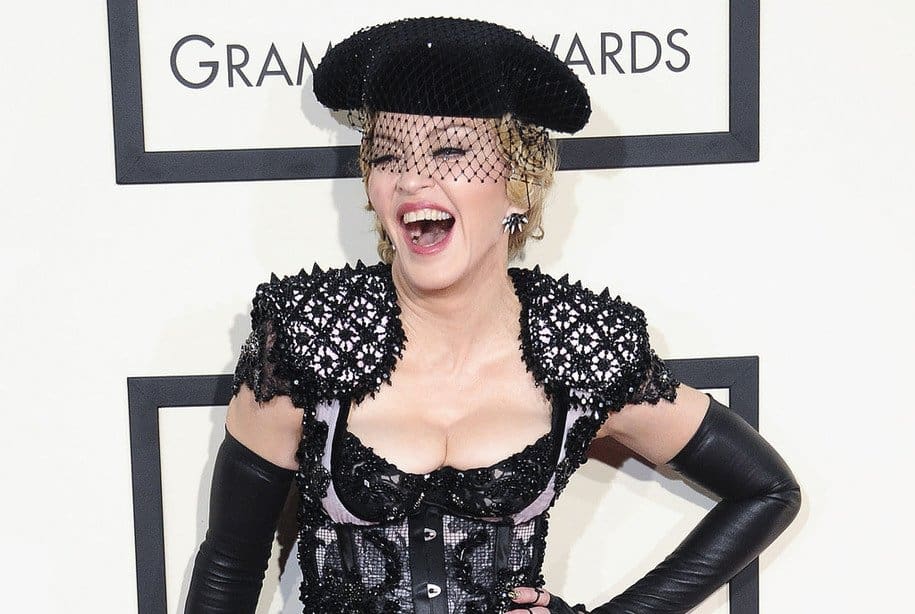 Everyone knows her as “The Material Girl,” and her songs, to say nothing of her show wardrobe, are nothing less than daring, always pushing the envelope when it comes to mentioning human intimacy. Naturally, this has made quite a few people over a certain age uncomfortable. But then Madonna has never quite given a flying fig about this. In fact, in an interview with a famous women’s magazine, she issued a challenge to the women out there to “be daring.” 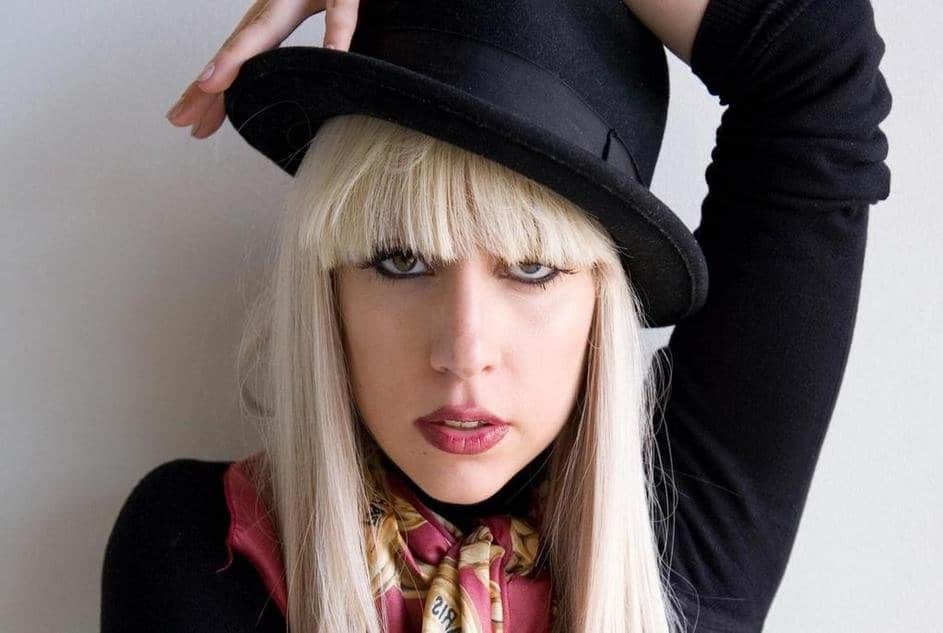 It stands to reason that Lady Gaga could easily have been Madonna’s student when it comes to doing shocking and daring things. Lady Gaga’s music videos, for example, seem to make Madonna’s look tame. But as provocative as Madonna has been, we have yet to see Madonna put on a dress made of meat. 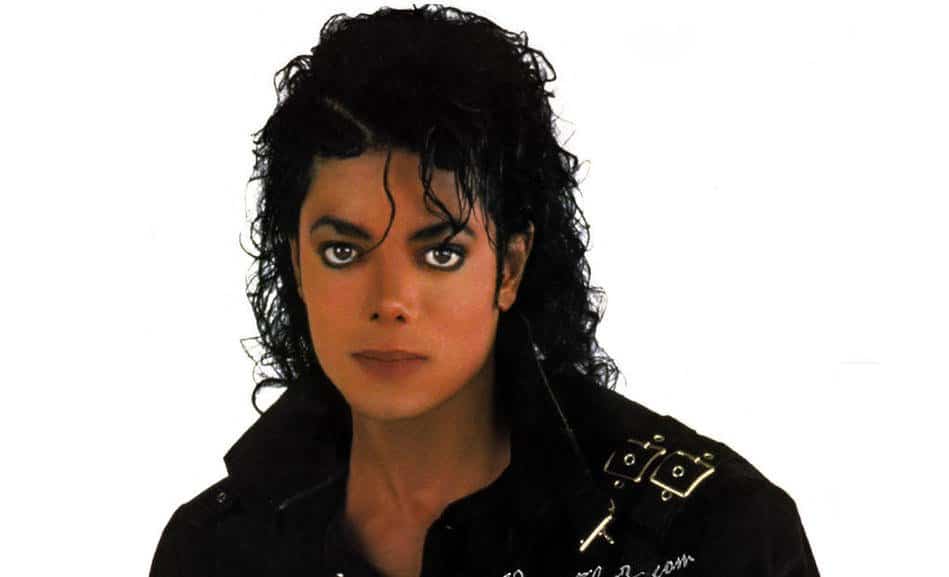 This guy was controversial and shocking for a number of reasons, his suggestive dance moves being one of them. His rather extreme facial reconstruction is another. Millions loved him, still, others reviled him. But who can resist moving to the music every time one of his old songs comes on the radio, boosting everyone’s mood? 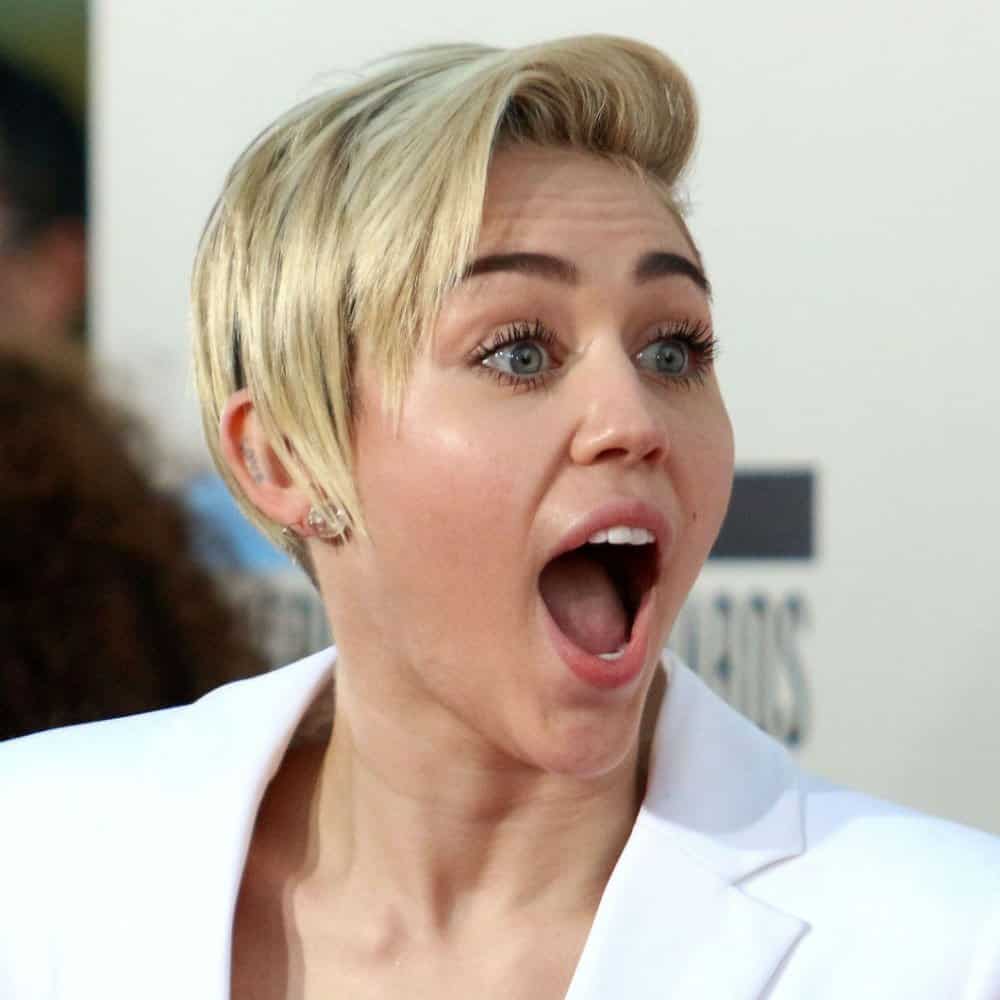 There’s no question she’s taken a page out of Madonna’s and Lady Gaga’s “books” of “being shocking,” and she’s taken it up more than several notches. You have to give her props for trying to bust out of that Disney-esque “good girl” image she ended up giving herself by swinging the other way into Ultra-Shock-Land. Okay, so maybe she went too far when it came to that “performance” with Robin Thicke, but this planet is full of wild and crazy people as it is, what’s one more? 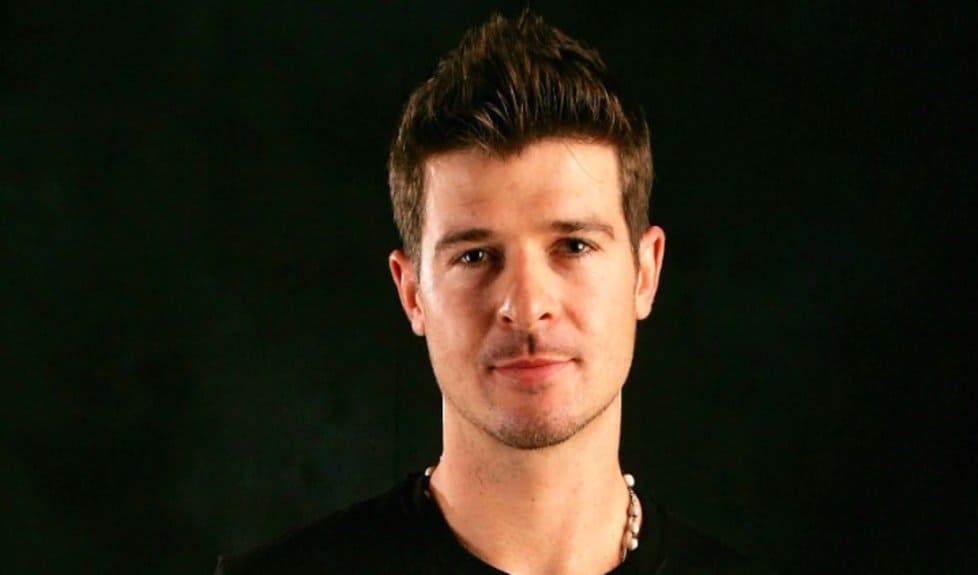 Famous, or infamous, for the song and video he recorded, there are no “blurred lines” about the fact he’s something of a “bad boy.” Which, depending on what kind of person you are, could either be a good thing or a bad thing. Some of us, however, look on with “bemused-Jedi” expressions on our faces, shrug, and say “Whatever, man.” 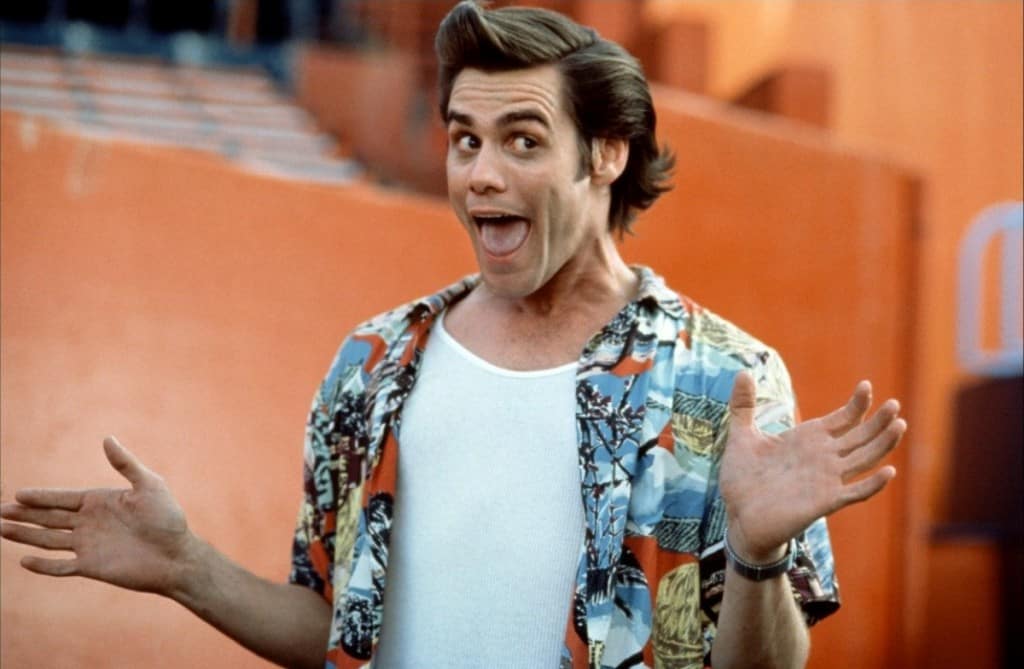 Best known for his “Ace Ventura” and “Mask” movies, Jim Carrey has managed to both shock—and make people laugh—with his extremely potent brand of physical and verbal humor. Some parents forbade their children to watch Carrey’s movies, but then, it is also possible those parents were just way too narrow-minded. 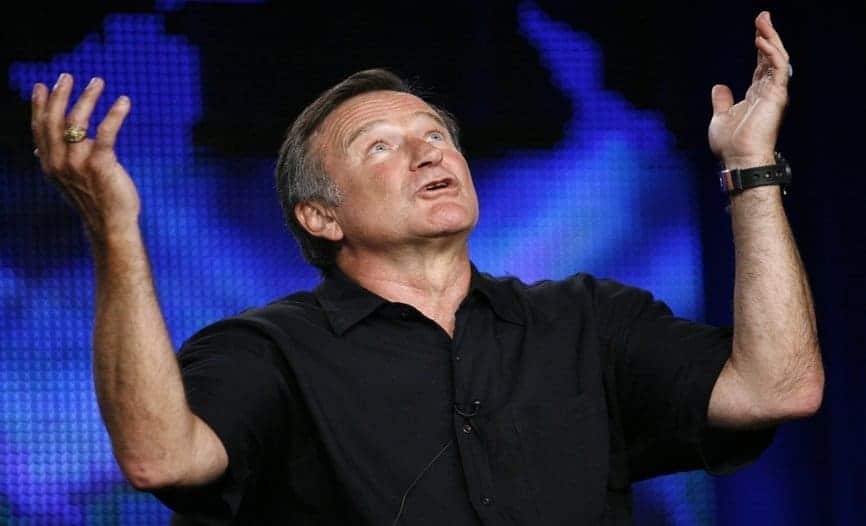 Listing Robin Williams is a no-brainer. True, he’s gone from this physical plane, but he definitely used humor to shock us out of our bad moods. Imagine coming home after a really crappy day, popping a Robin Williams standup routine in the DVD player and within five minutes, your sides are aching and happy tears are rolling down your face because you can’t stop laughing. You forget that you were ever in a bad mood at all, or even the reason why you were in that bad mood. 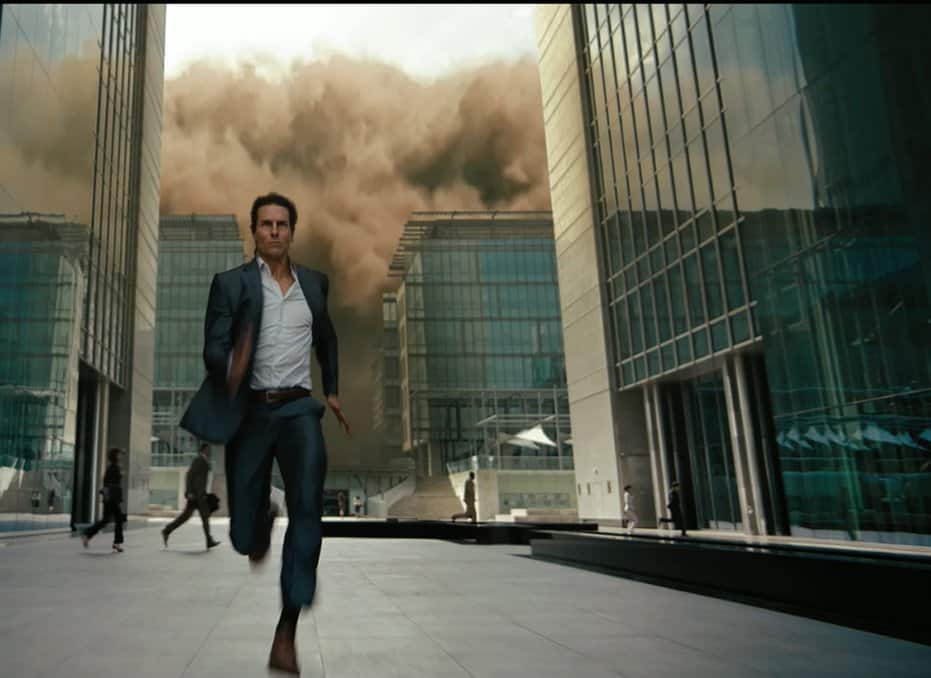 Tom has become something of a dubiously shocking legend of late, owing to his rather fanatical participance in the uber-weird “religion” called Scientology and that somewhat disturbing scene on the Oprah Winfrey show where he jumped up and down on her couch. Contrast that with his split with Katie Holmes, and you begin to wonder why he has one effect on women (he’s handsome), and then he turns around and has another effect on them (he’s fanatical about Scientology and controlling about it, to boot). You’d think he’d draw some pretty potent clues about this whole thing, wouldn’t you? 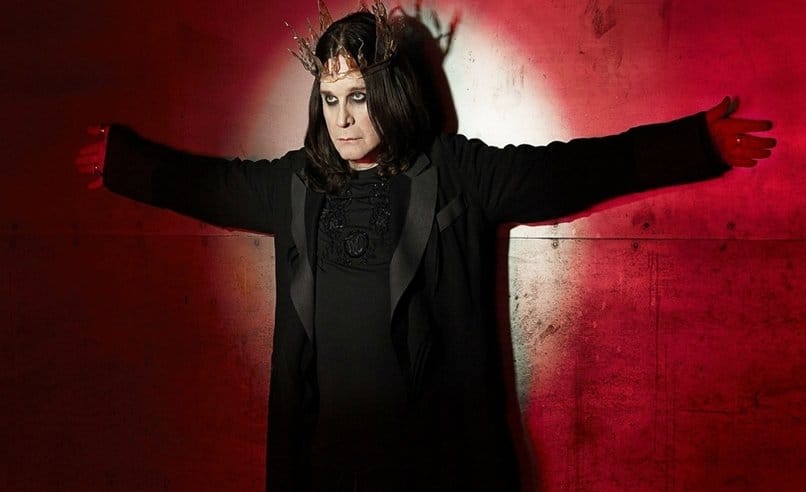 Ozzy is both shocking and funny just because he’s so messed up from the drugs he’s taken. No wonder he’s not all that intelligible—to say nothing of that incident involving a certain defenseless bat. 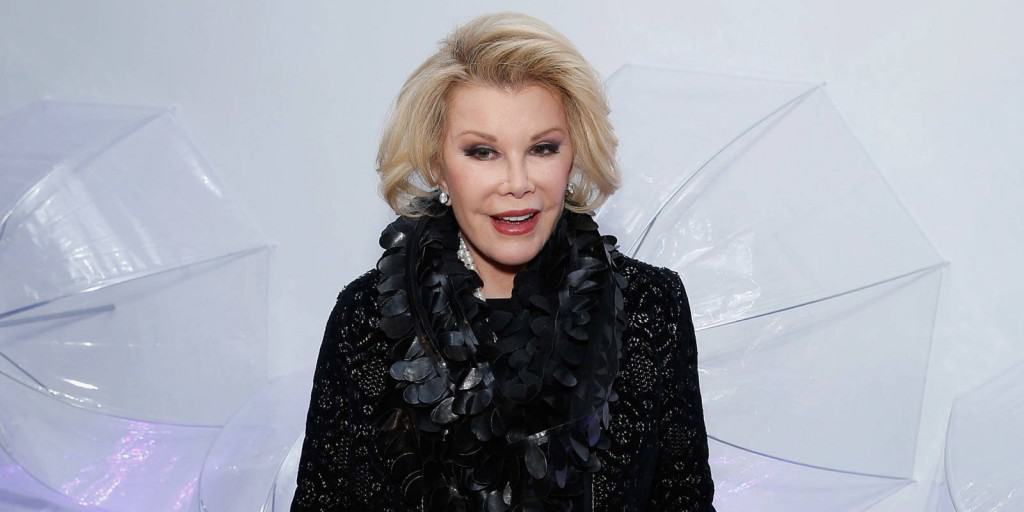 Known for her scathing wit and her plastic appearance—no thanks to too many Botox shots, Joan Rivers was one of those people that said what she thought, and likely ticked off way too many people for her own good. On the other hand, given her plastic face, she could easily have been a guest alien on an episode of “Doctor Who,” and it would likely have been the most successful episode ever. Not that the BBC would have ever considered it, but it’s fun to imagine the Doctor’s reaction to such an alien, especially giving Botox a rather rude mention. 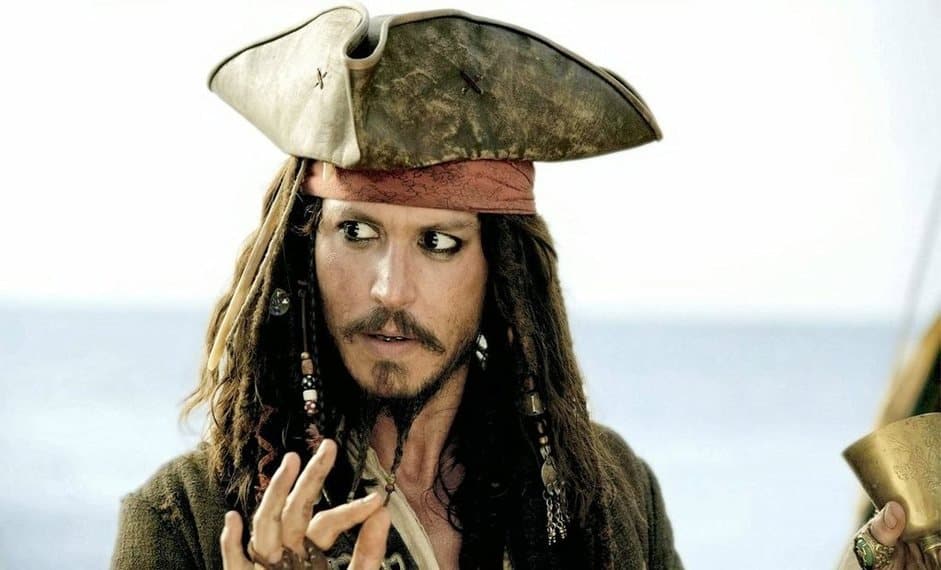 Depp is shocking all right. He’s shockingly funny and good at playing extremely weird characters. “Willy Wonka” and “Captain Jack Sparrow” easily come to mind. He is likely the reason why the “Pirates of the Caribbean” franchise has been so successful– especially between Sparrow’s drunken, glib lines and the scores of swooning female fans. 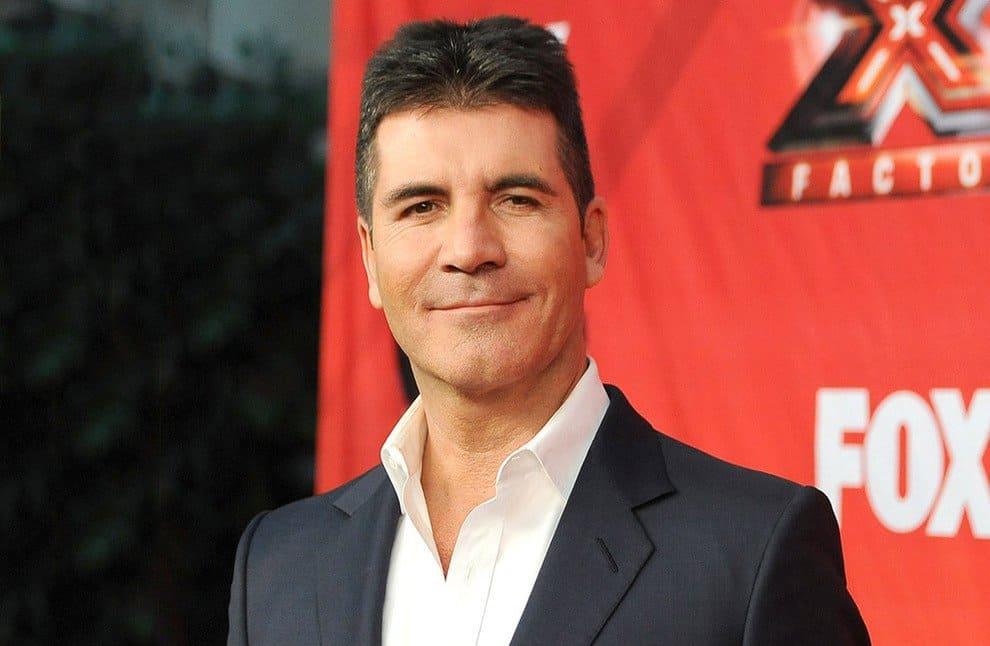 He’s the American Idol judge just about everyone loves to hate because he’s incorrigibly rude. But for all his shocking language and hurtful comments, he sometimes shocks the people who audition by actually having something nice to say about their performances, and for all his seriousness, he actually cracks a joke and he’s funny. But he’s not the sort who pats everyone on the head with empty praise, because that’s not how he rolls. 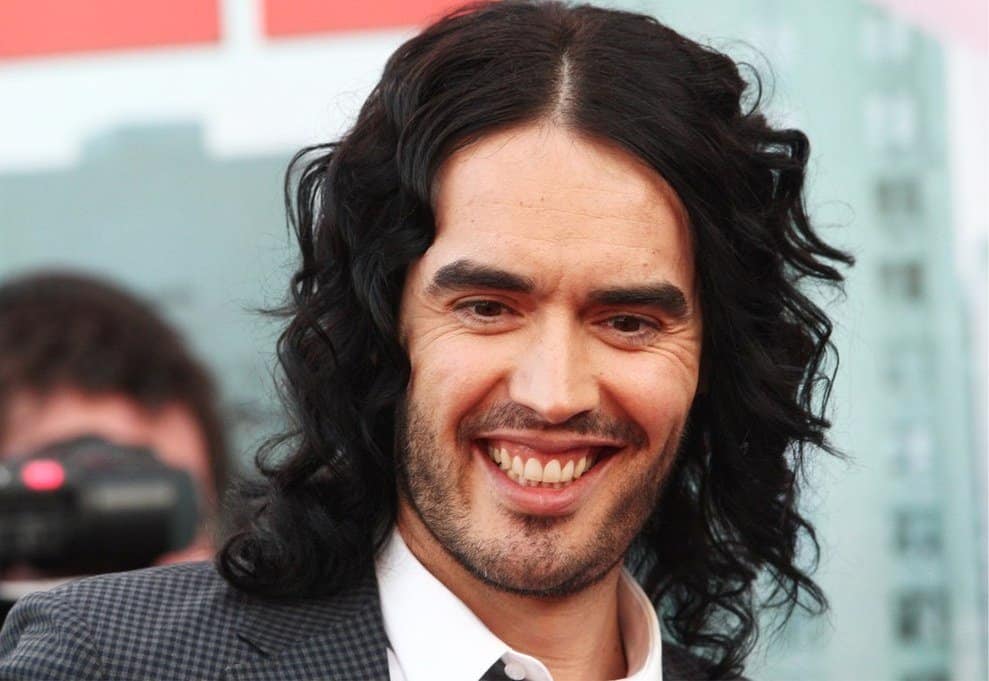 You could easily say Russell Brand is the real, live embodiment of “Austin Powers,” because not only is he fiendishly funny, but he’s the ultimate hippie with the very unabashed way he talks about sexuality, and the way he sports that Jesus-like long hair. Only without the 1960’s clothing, of course. But as much as some folks complain about him, if he weren’t the way he is, he’d be a very boring individual, for sure. 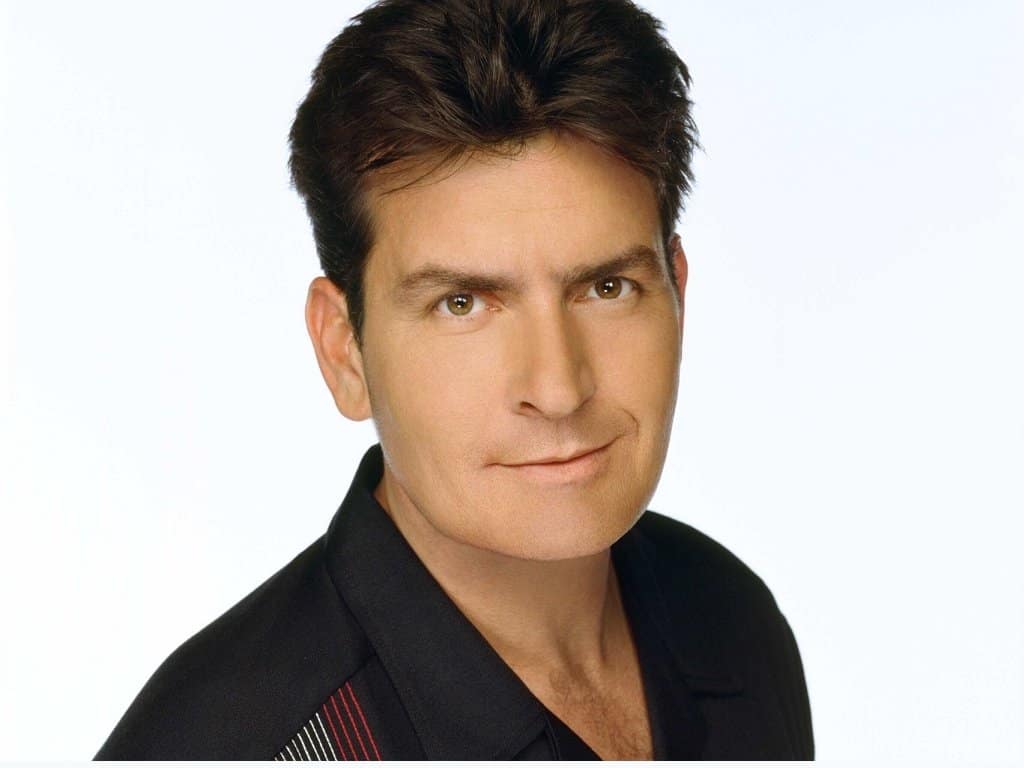 Anyone who has watched Sheen’s career more or less implode because of drugs, alcohol, etc, knows that he’s not exactly the best role model out there. But in the times he did have it together, he and Jon Cryer made perfectly hilarious foils off each other in “Two and a Half Men.” Take away Angus T. Jones’ character, “Jake,” and you’d essentially have an update of “The Odd Couple.” 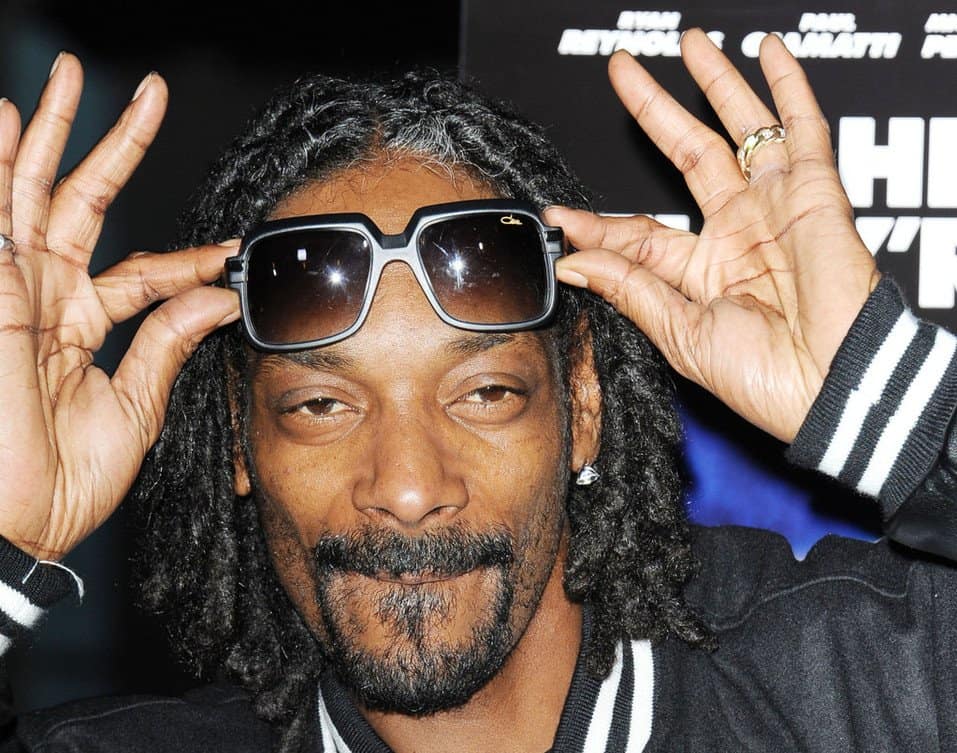 Snoop, like other rappers, doesn’t exactly live up to the kind of image that others would wish him to have. His language isn’t the cleanest, of course. But those who like his creative language that he made up to talk to his “homies,” know that Snoop’s just being his crazy self, “fo shizzle.” 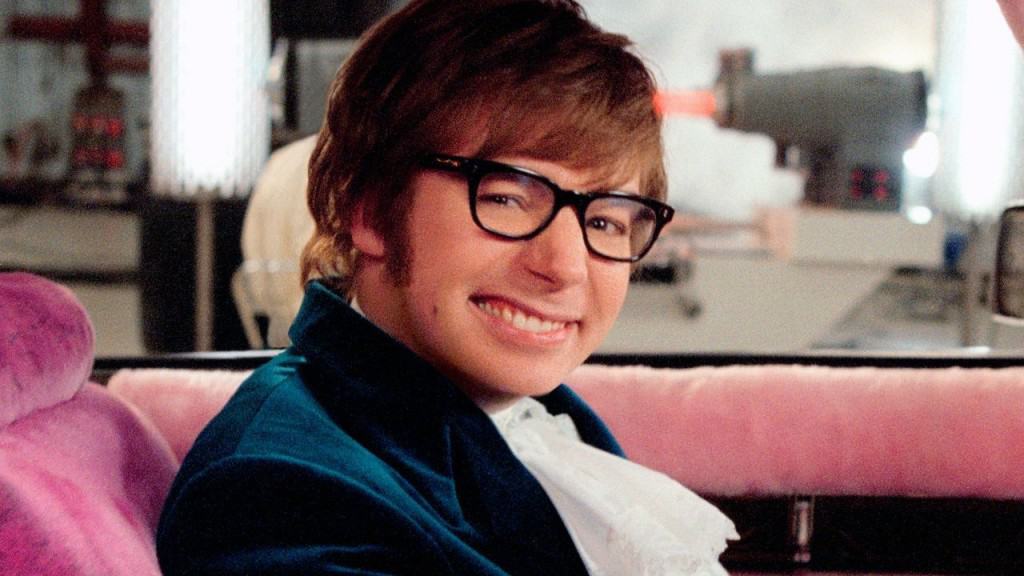 It’s true, that, like Jim Carrey, we haven’t seen a whole lot of Mike since his box office flop “The Love Guru,” but the reason he’s in this list is that, like other comedians, he has a shockingly beautiful lack of “propriety” when it comes to comedy. All his popular movies, especially the “Austin Powers” and “Wayne’s World” flicks were essentially two-hour-long “Saturday Night Live” sketches run delightfully amok. It’ll be interesting to see what new, shocking stuff he comes up with if he manages a comeback. 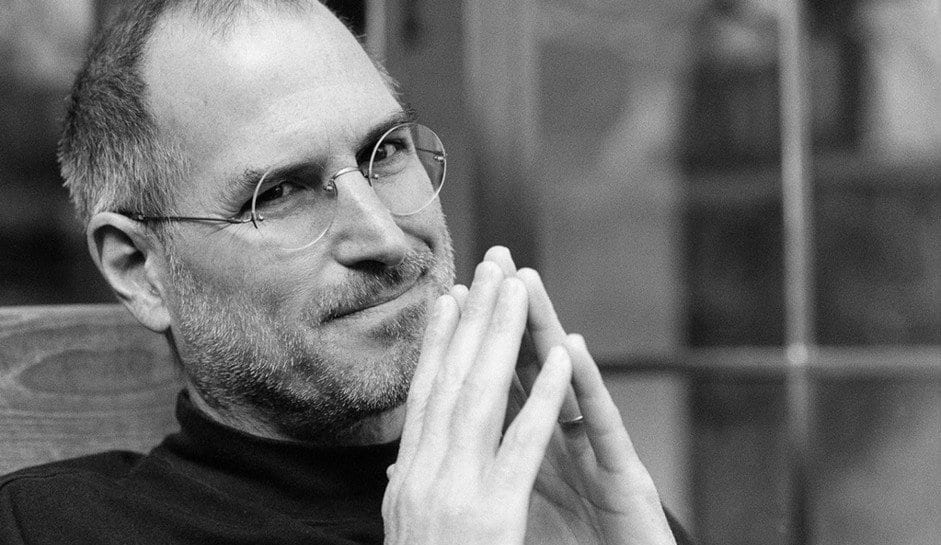 The founder of Apple was one of those truly shocking, avant-garde, take-no-crap types that made you either love him, hate him, or a little bit of both. He had a keen intellect, a perfectionistic edge that was always on target, an intuitive sense of design—and of course that famous, iron-fisted lack of tact that had people quaking in their boots. But he also shocked people by being extraordinarily generous when it truly counted. 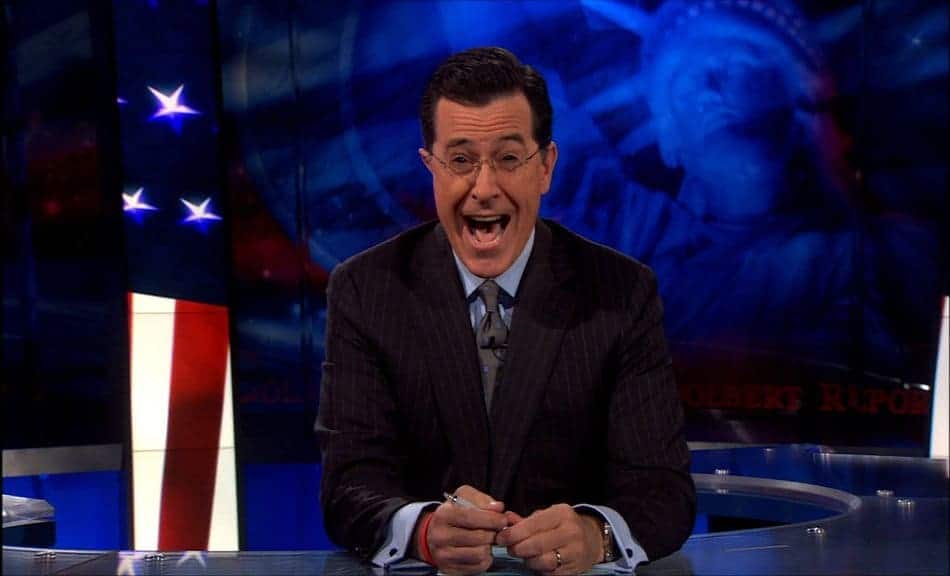 Best known to the world of comedy in recent years as host of “The Colbert Report,” Stephen Colbert was known to say some pretty shocking things on his show, even sparking outrage on Twitter. But then, that was his job as a patently funny satirist. Worrying about being liked when you’re a satirist just isn’t in the job description, unless you’re really bad at satire—which Colbert is not. 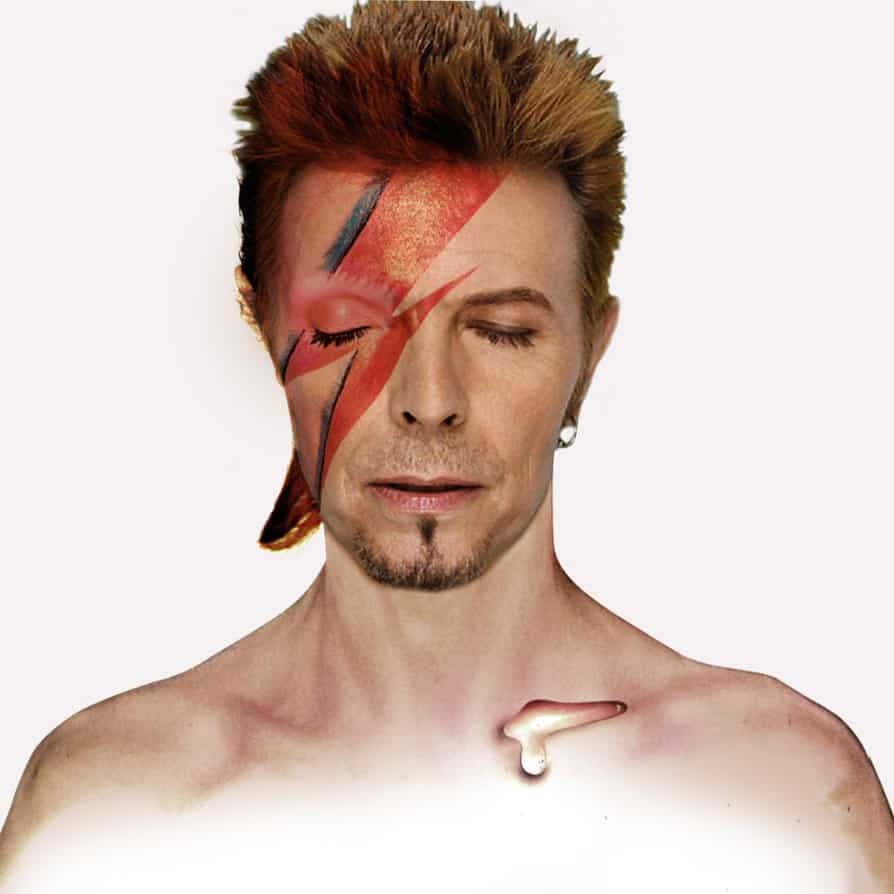 If there were definitely two words to describe Bowie, it would be “shocking” and “weird.” Between that whole “Ziggy Stardust” thing, and his role as the Goblin King in the very 80’s movie “Labryinth,” he’s got “weird” and “shocking” down to a science. And the only person who’d be able to contend with him for that “prize” is the last entry in this list. 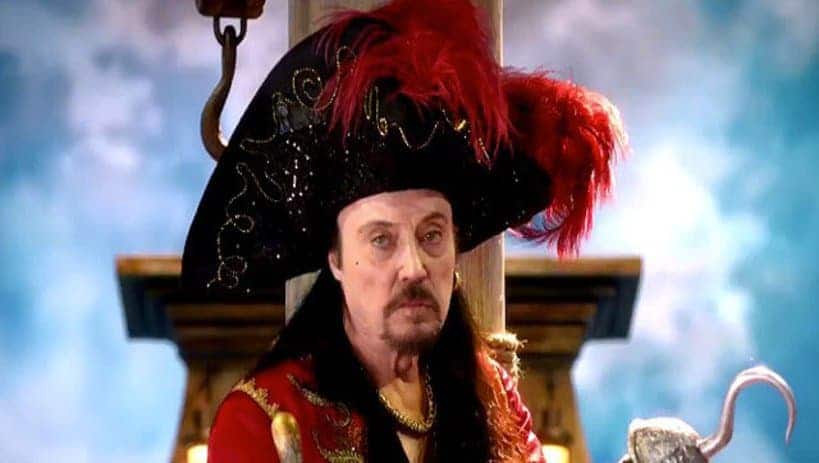 Walken is so incredibly, shockingly weird, that, as said just above, he could contend with David Bowie for the role of “King of Weirdness” and maybe actually win. Between his rather “mafioso gangster” way of speaking—chiefly because those are the roles he’s good at playing—and his jaw-dropping ability to tap-dance–he’s a piece of weirdness that’s actually easy to like. Of course, for that extra dash of weirdness, you have to add in his famous role as Whitley Strieber in the 80’s movie “Communion” and the rather silly version of Captain Hook he recently took on, where it seems he’s just playing himself, only dressed up as a pirate.