Serial killers are considered some of the most evil, mentally unstable individuals hidden throughout society around the world. However, this also means society has something of a morbid fascination with these men and women who take other people’s lives. Mass murderers are horrifying enough, but they only have one episode of extreme violence. A serial killer will take tens, or even hundreds, of lives in their time using various methods. Here are twenty of the worst around. 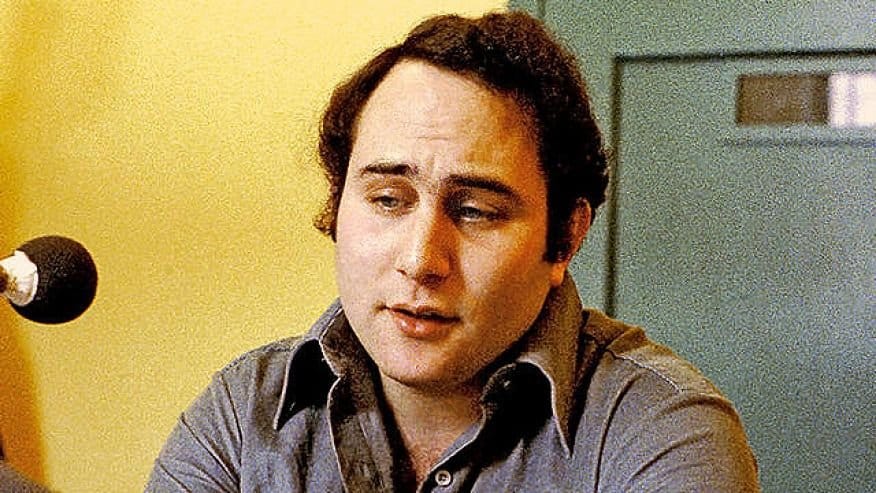 Also known as the Son of Sam, David Berkowitz performed a series of shootings in 1976. Using a .44 Bulldog revolver, Berkowitz shot 6 people and wounded 7 more. During his spree, he sent numerous letters to the police and press taunting them. 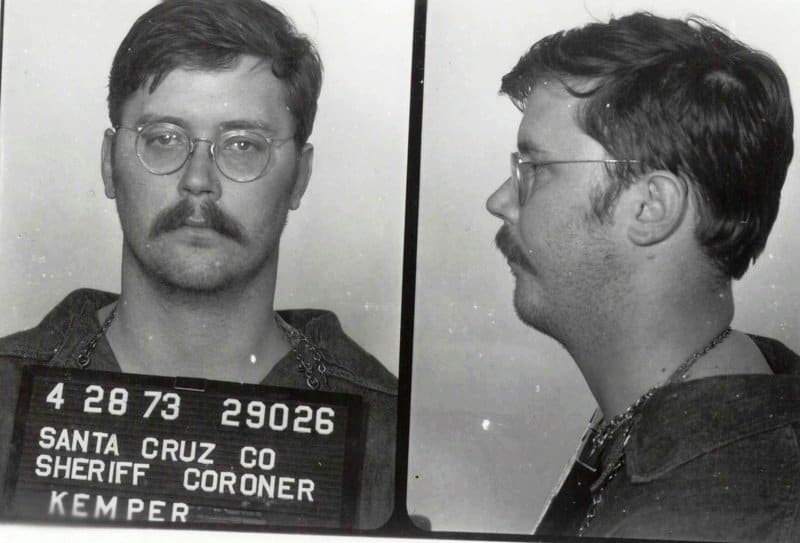 Kemper was known as “The Co-ed Killer” for the brutal murders has carried out in the 1970’s. After murdering his grandparents when he was 15, Kemper killed and dismembered 6 female hitchhikers. He then murdered his mother and a friend of hers before turning himself in. 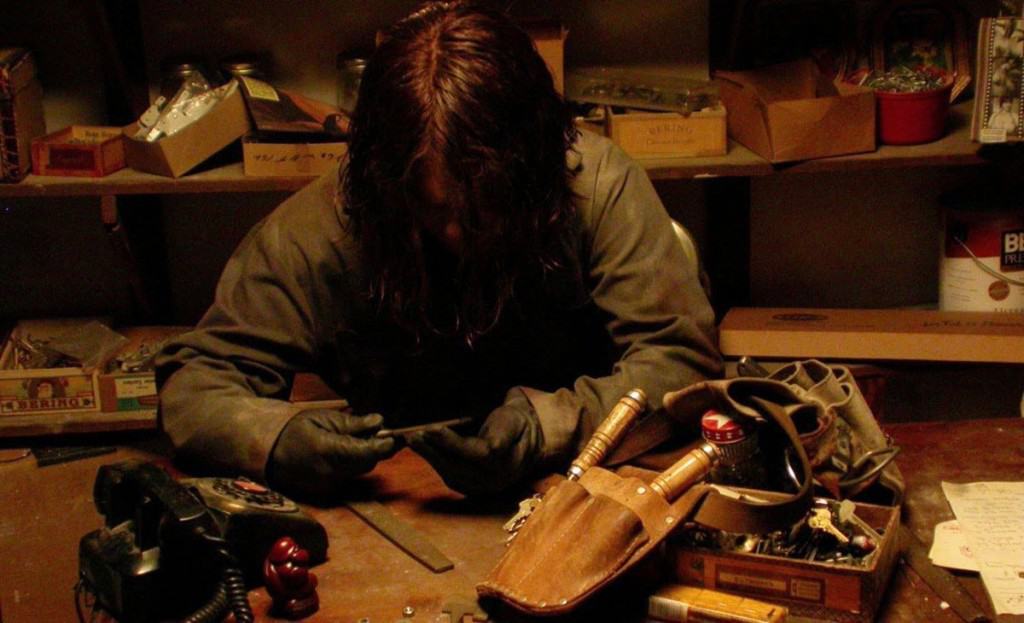 These two men were known as ‘The Tool Box Killers’. Between the two of them, they murdered 5 young women in 1979 across California. The two killers would lure their victims to their van before raping and torturing them with tools. 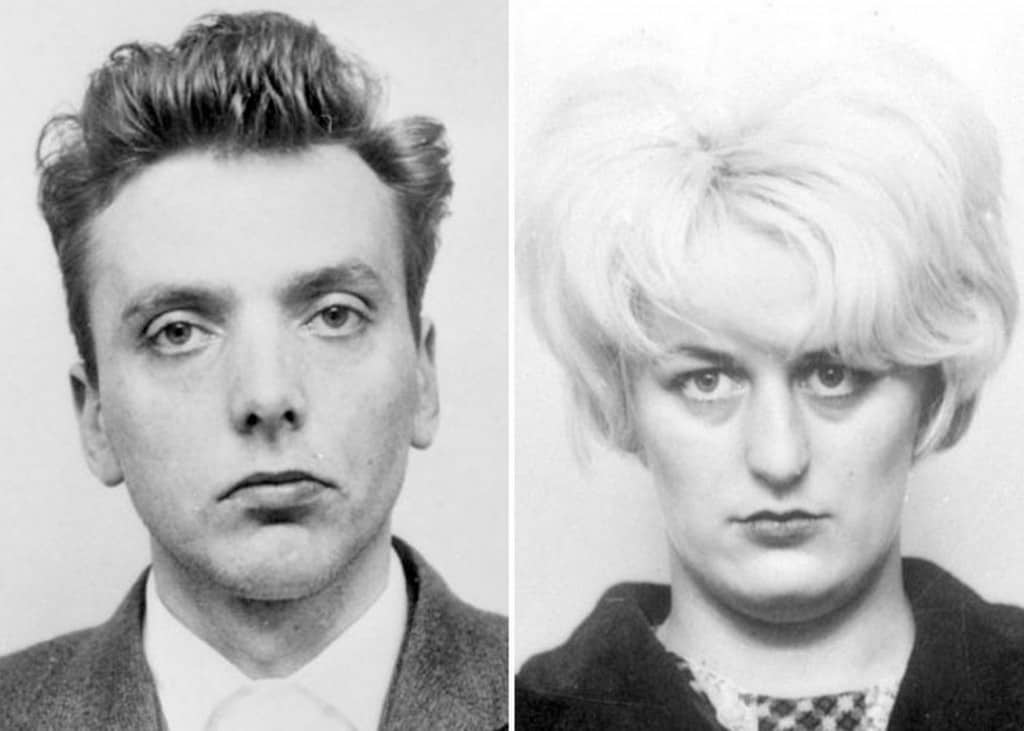 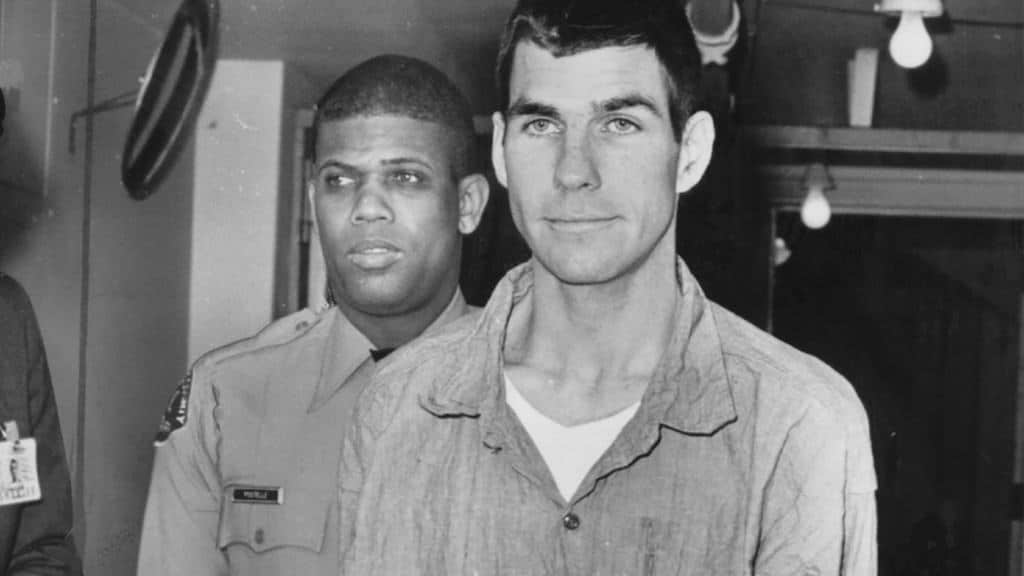 These two men, both cousins, were known as The Hillside Stranglers. Between late 1977 and early 1978, the two men kidnapped, raped, and killed 10 women, aged 12 to 28 years old. Each one was strangled in the hills above Los Angeles. 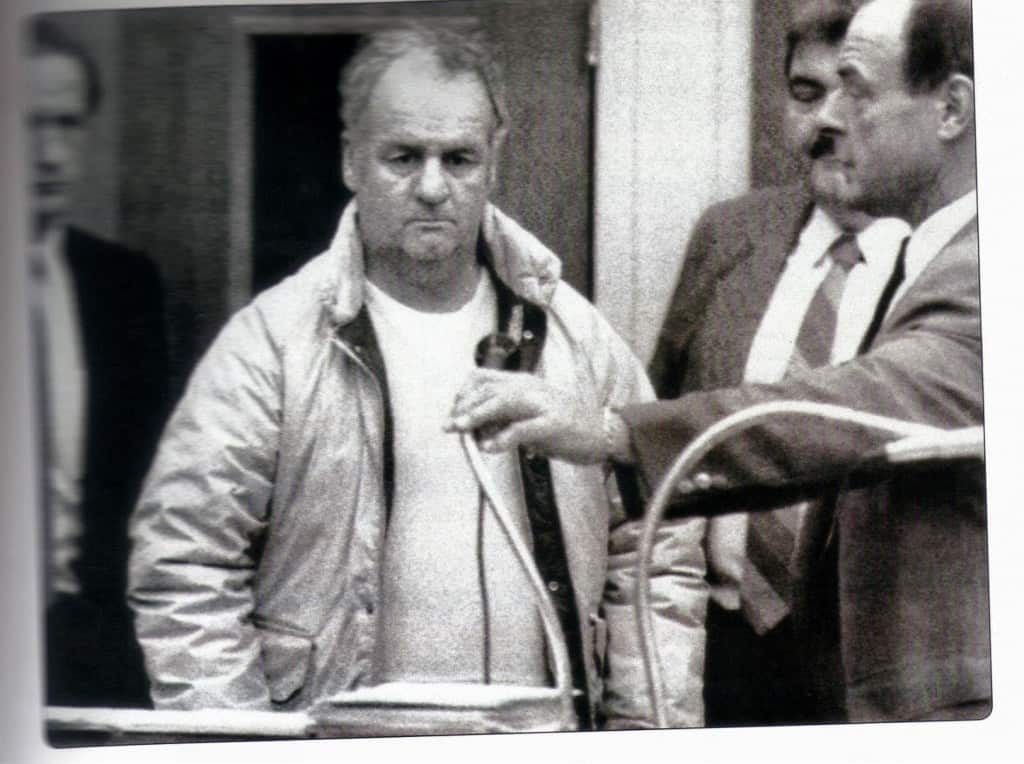 Shawcross was known as the Genesee River Killer. His first murder was in 1972, when he sexually assaulted and murdered a 10-year-old boy. He then raped and killed an eight-year-old girl. He was released from prison in 1988 after serving 14 years. He then killed 12 female prostitutes, aged 22 to 29 years old, before being captured once more. 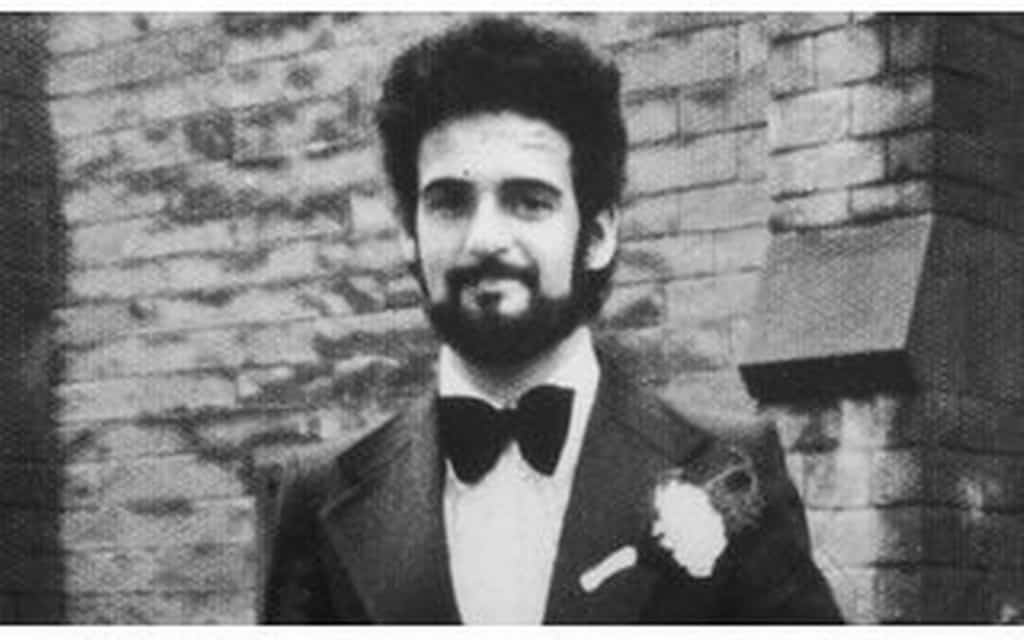 Sutcliffe was known as “The Yorkshire Ripper.” In 1981, Sutcliffe was found guilty and convicted for murdering 13 women and attempting to kill another seven. He targeted prostitutes in the Leeds and Bradford area. 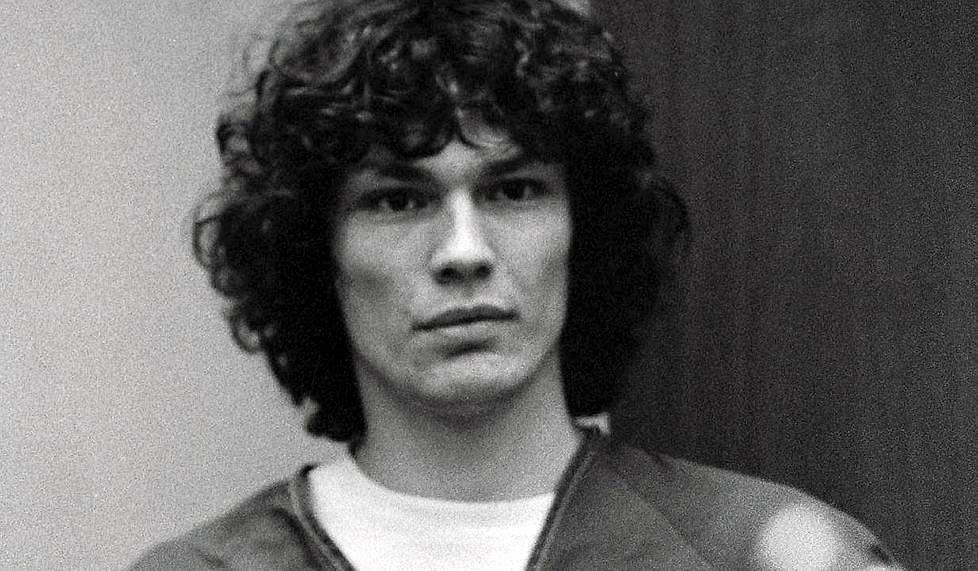 Between 1984 and 1985, Richard Ramirez terrorized Los Angeles. He became known as the Night Stalker, and broke into the homes of his victims to shoot, stab, and rape and mutilate them. His victims ranged from a 9-year-old girl to a married couple in their late sixties. He smeared pentagrams on the walls of each crime scene. 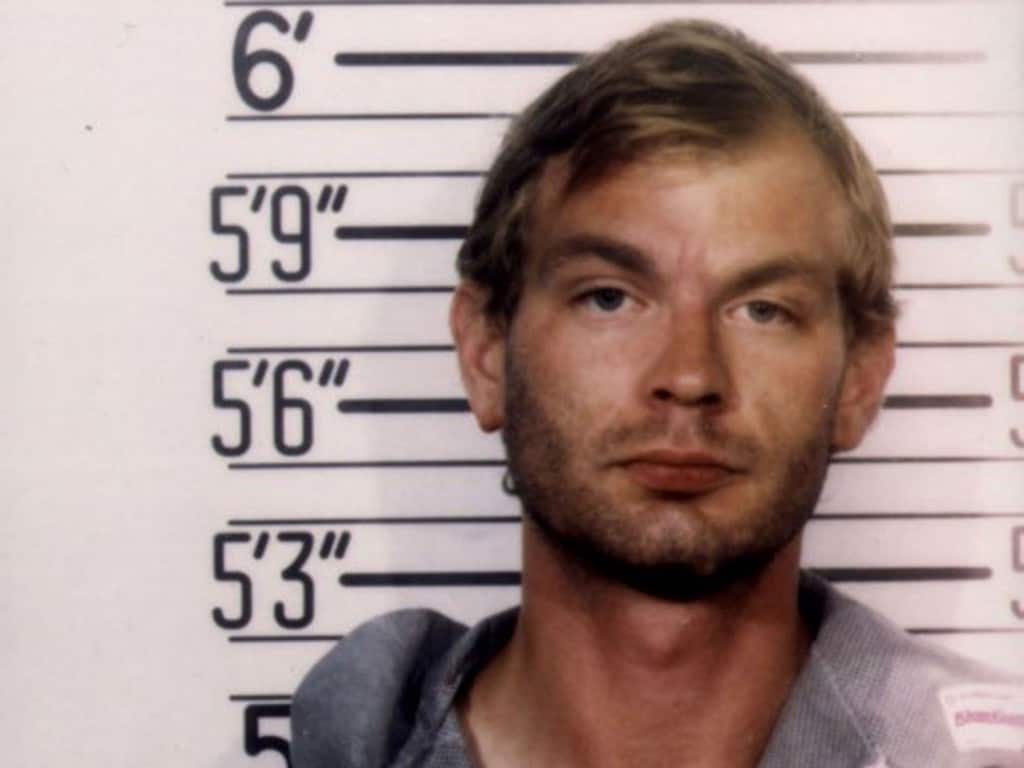 Dahmer is one of the most well-known serial killers of all time. In Milwaukee, Dahmer was convicted of raping, murdering, and dismembering 17 men and boys between 1978 and 1991. Upon dismembering the bodies, Dahmer would then devour pieces of them. He was beaten to death by an inmate at Columbia Correctional Institution just two years into his sentence. 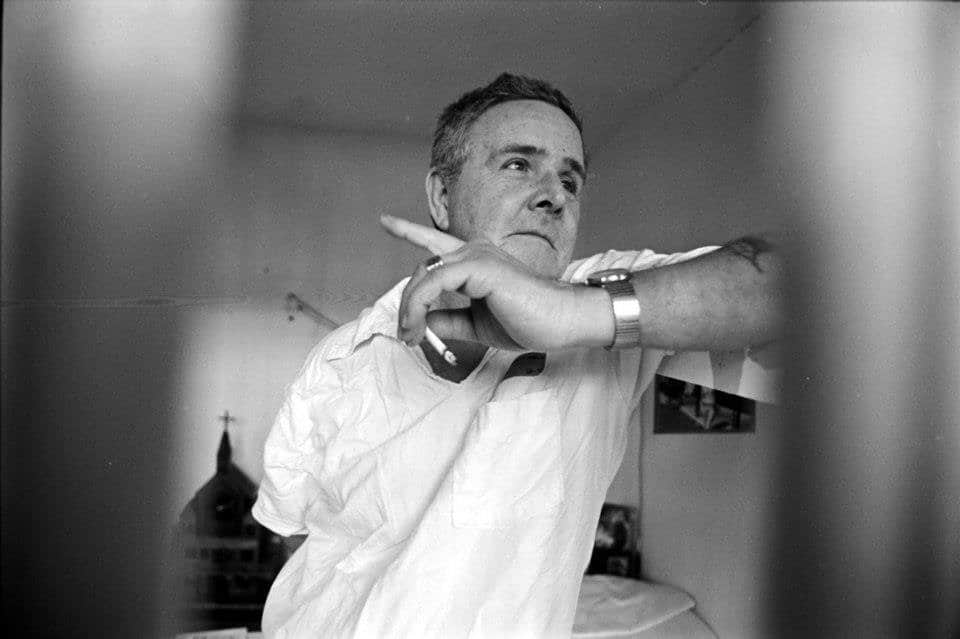 Dennis Nilsen murdered 15 gay men within his home in London, England, between 1978 and 1983. He held onto their bodies before dissecting the remains and burning or flushing them down the toilet. Human flesh was found in the sewer system, which led to his capture and conviction. 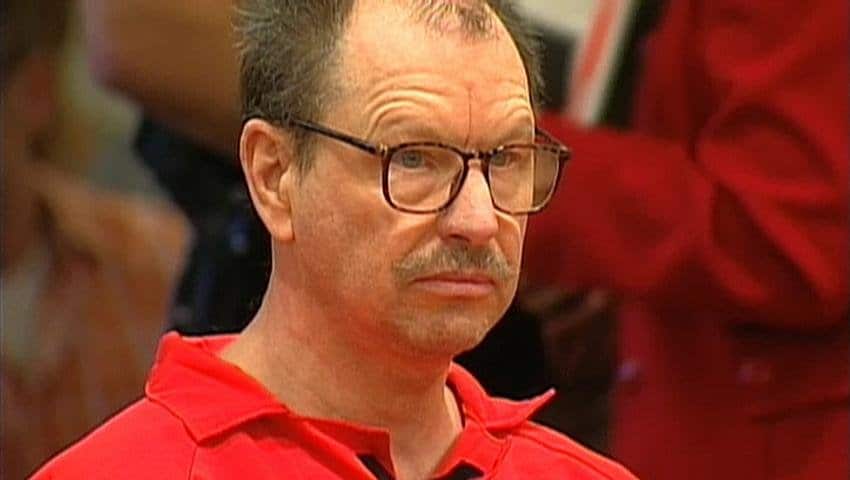 Gary Ridgway was arrested in 2001 for 4 separate murders, but later confessed to killing at least 70 women in Washington within the 1980’s and 1990’s. He ultimately avoided the death sentence by leading police to his dumpsite for the bodies, five of which were within the Green River. He was convicted of 49 murders. 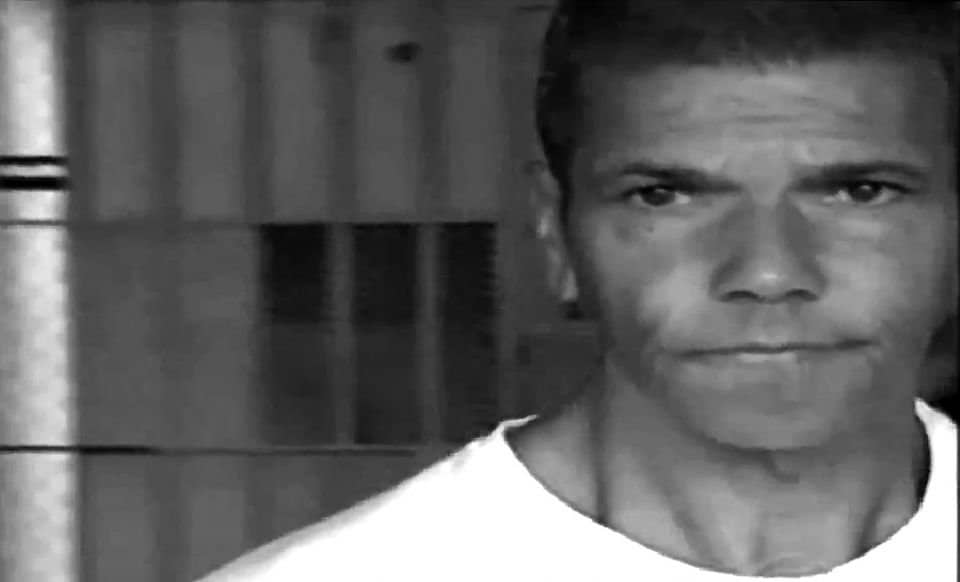 Pedro Filho was a Brazilian serial killer arrested in 1973. In 2003, though, he was convicted of killing at least 71 people. Filho began at the tender age of 14. His victims included drug dealers and convicted criminals who were in prison with him. Filho was attempting to get revenge on those who killed his girlfriend while he spent time in prison. 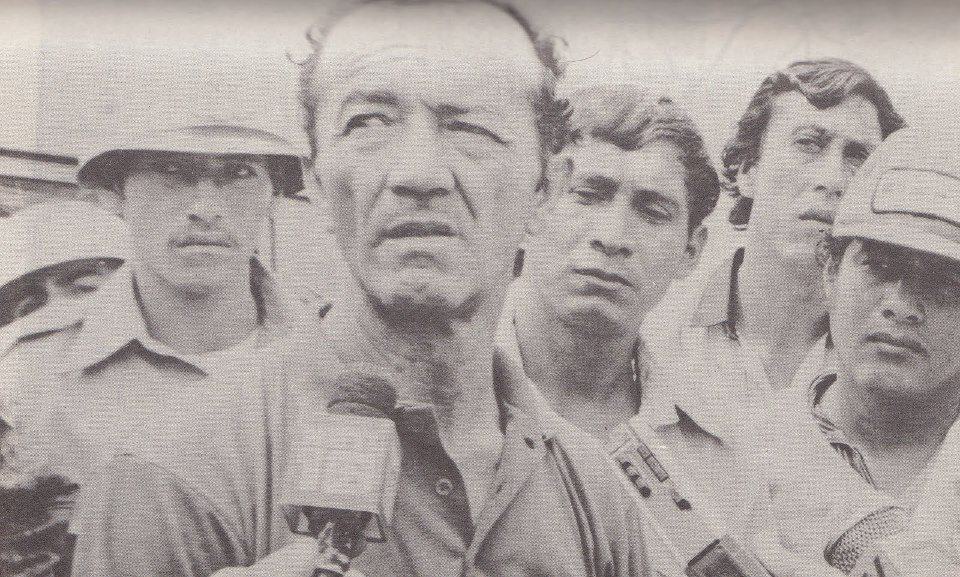 Camargo was a Columbian serial killer who is said to have raped and killed over 150 young woman in Columbia and Ecuador. Without a hitch of guilt, Camargo confessed to killing 71 girls after escaping from prison. He hacked the young girls apart with a machete. 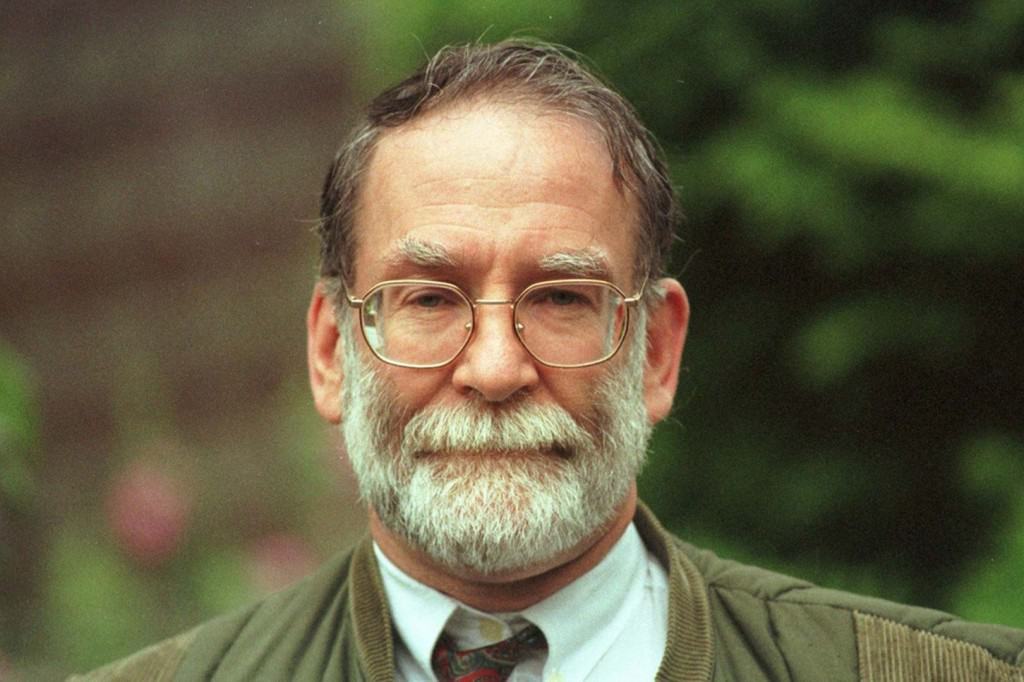 Dr. Harold Fredrick Shipman was an English doctor at one point in his life, then he became responsible for around 250 murders. He was respected within his community, but raised concerns when the death rate in the area became too high. He would inject fatal drugs into his patients, causing their deaths, then forge their wills to inherit massive amounts of money from his victims. 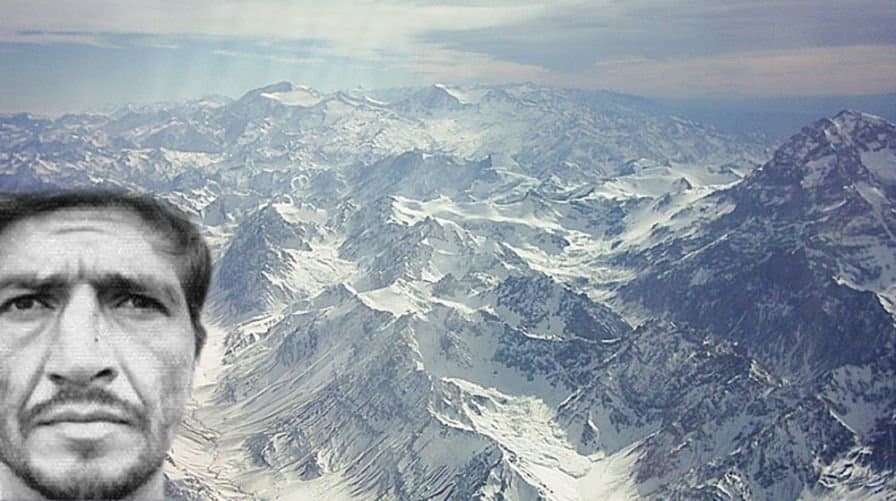 Lopez is a Columbia serial killer who was accused of raping and killing over 300 girls around South America. He was said to prey on the vulnerable throughout Peru by luring them to a secluded area or abandoned building. His brutal methods included strangulation, amongst many others. He confessed to 300 murders, but no one believed him. A flash flood uncovered his mass grave, though. 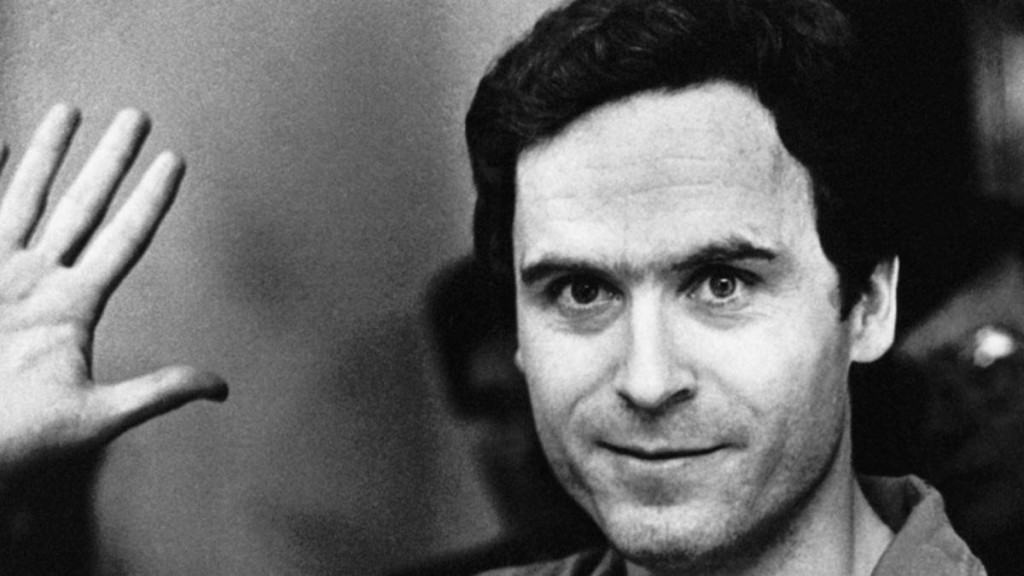 Bundy is one of the most prolific serial killers in the 20th century. He kidnapped and raped young women and girls in the 1970’s. He ended up decapitating at least 12 of his victims, keeping their heads in his apartment as a sort of trophy. He escaped from police and court houses on two separate occasions. 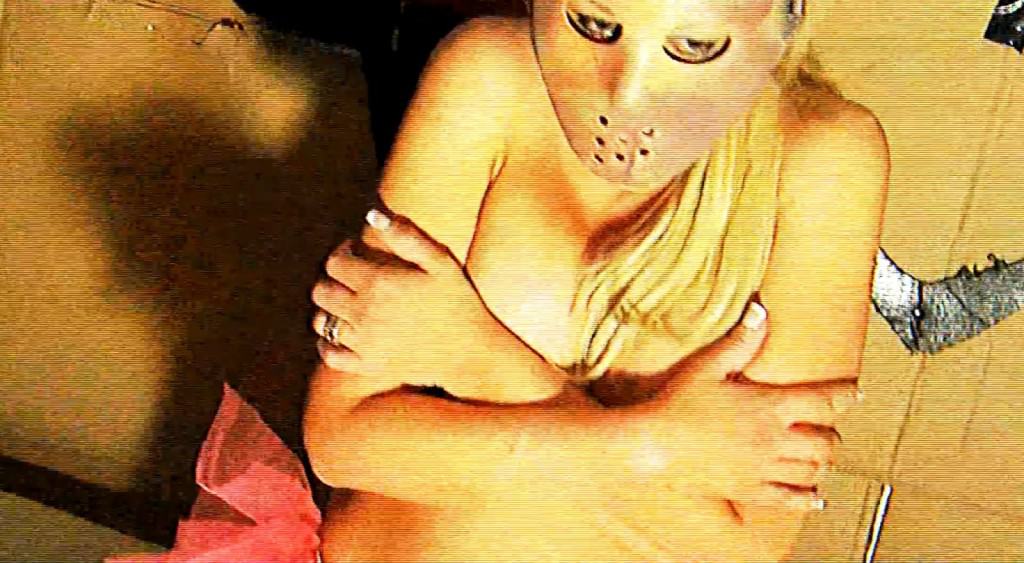 Charles Ng and Leonard Lake together raped, tortured, and murdered anywhere between 11 and 25 victims in Calaveras County, California. The two were discovered when police searched Lake’s ranch, finding human remains within. 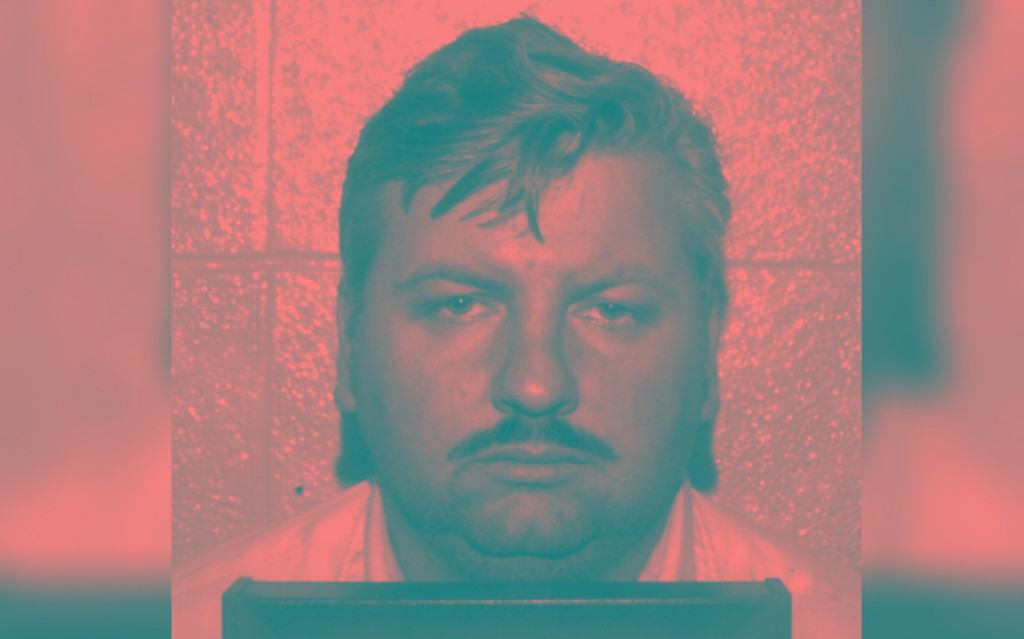 John Wayne Gacy sexually assaulted and killed 33 teenage boys and young men throughout Chicago between 1972 and 1978. He lured his victims to his own home with the promise of work or money before he strangled them with a tourniquet. He buried 26 of the bodies in the crawl space below his own house. 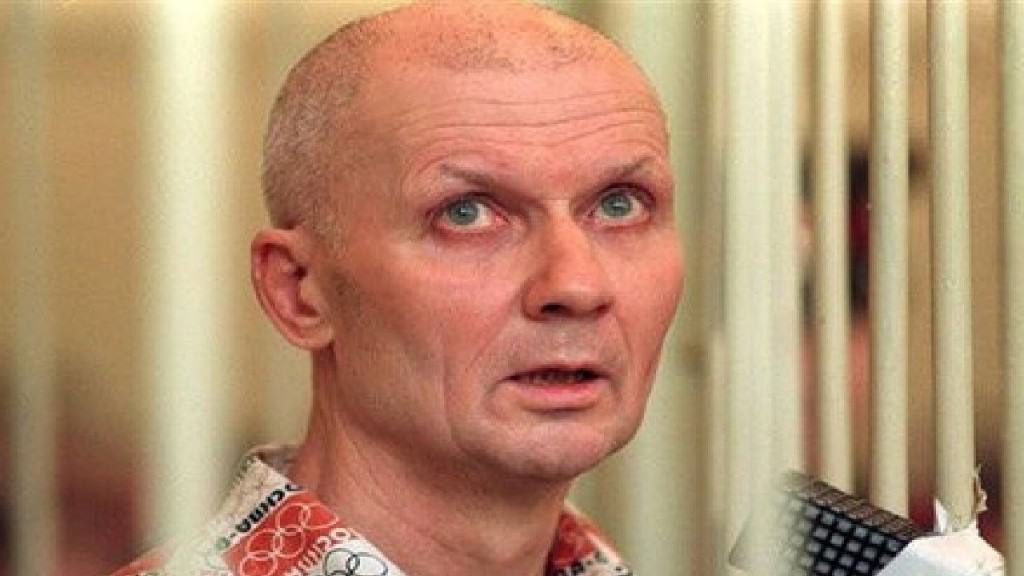 Chikatilo became known as The Butcher of Rostov for sexually assaulting, murdering, and mutilating at least 52 women and children throughout Russia between 1978 and 1990. He confessed to 56 murders, but was only tried for 53 of them. The victim’s relatives demanded that police release the man so they could kill him themselves. He was executed by firing squad in 1994. 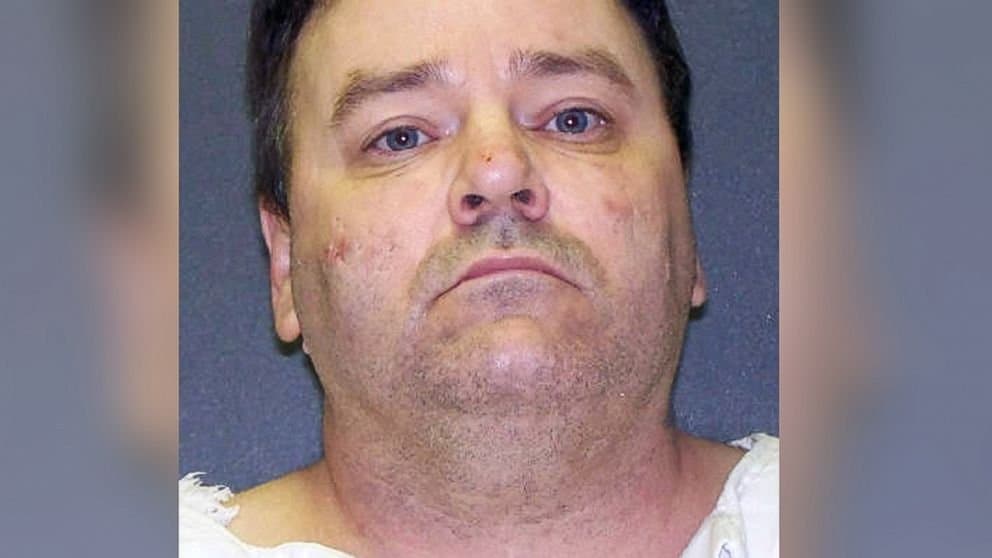 Sells claims to have killed at least 70 people, and is considered one of the most dangerous men in Texas. He was convicted of numerous murders between 1985 and 1999, including the stabbing of a 13-year-old girl a total of sixteen times. He broke into the bedroom of a 10-year-old, stabbed her and left her for dead, and then was captured. The young girl survived, thankfully.