10 Things You Probably Didn’t Know About The Hulk

The Hulk is very interesting superhero. The two personalities that clash, The Hulk and Bruce Banner, make the character very engaging. There isn’t really anyone like him. He’s not a vigilante like Batman or an American icon like Captain America. He’s just a guy dealing with some pretty major internal struggles. Over the years, the character has become pretty popular due to his appearance in the Marvel Cinematic Universe. Given his popularity, we figured it would be a great time to pay tribute to the Green Goliath. Here is a list of 10 facts that you probably didn’t know about The Hulk.

The Comic Was Canceled After Six Issues 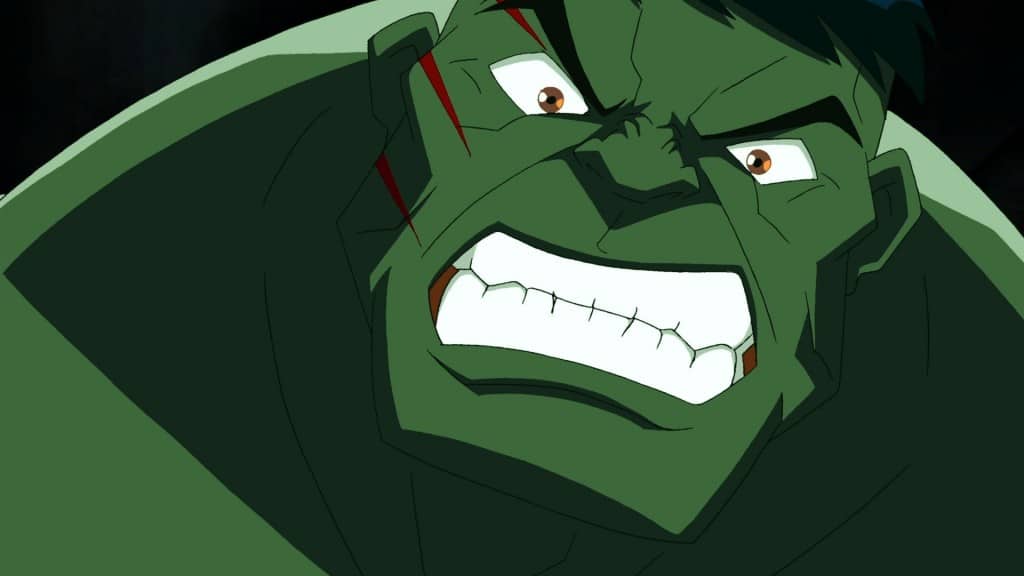 This may come as a surprise to most people, but the Hulk was canceled early on in its series run. After six issues, Marvel was forced to cancel the series due to an unenthusiastic fan base. The early stories of the Hulk were not well received, due to the inconsistencies in the storylines. After the cancellation, the character started to show up in other comics, and eventually made a guest appearance in the Avengers series, which led to the characters return to form in the comic book world. 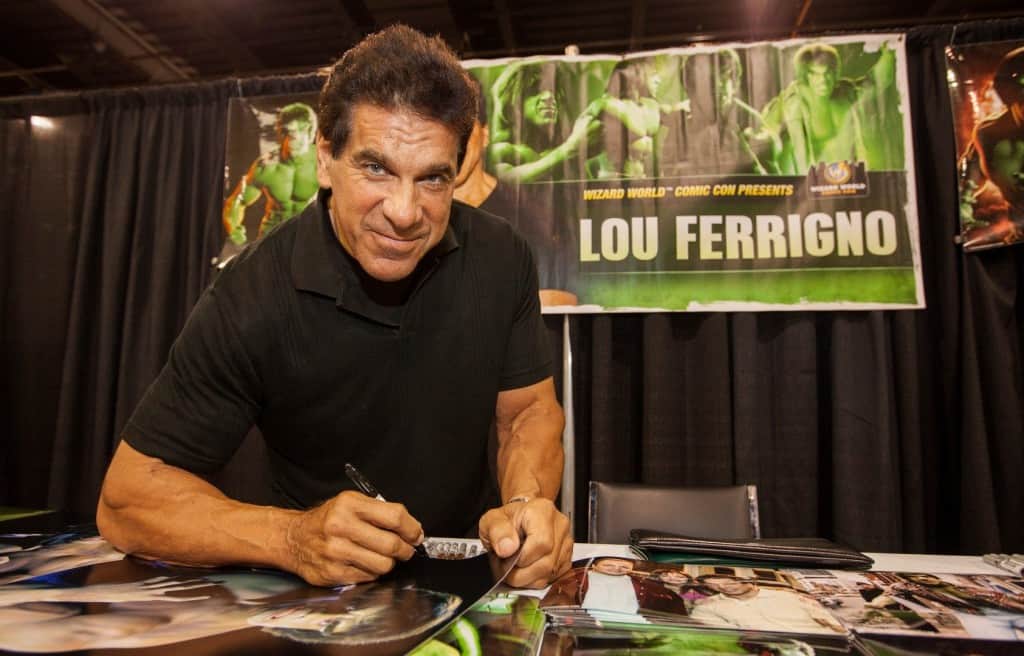 Bill Bixby played Bruce Banner in the original Incredible Hulk show, but when he transformed into the Green Giant, he was played by Lou Ferrigno. The bodybuilder was in the ranks of Arnold Schwarzenegger when he was discovered. His 285lb stature made him the perfect fit for the Hulk. From the original television series to The Avengers (2012), Ferrigno has appeared in all of the Hulk’s on screen adaptations, in one way or another. 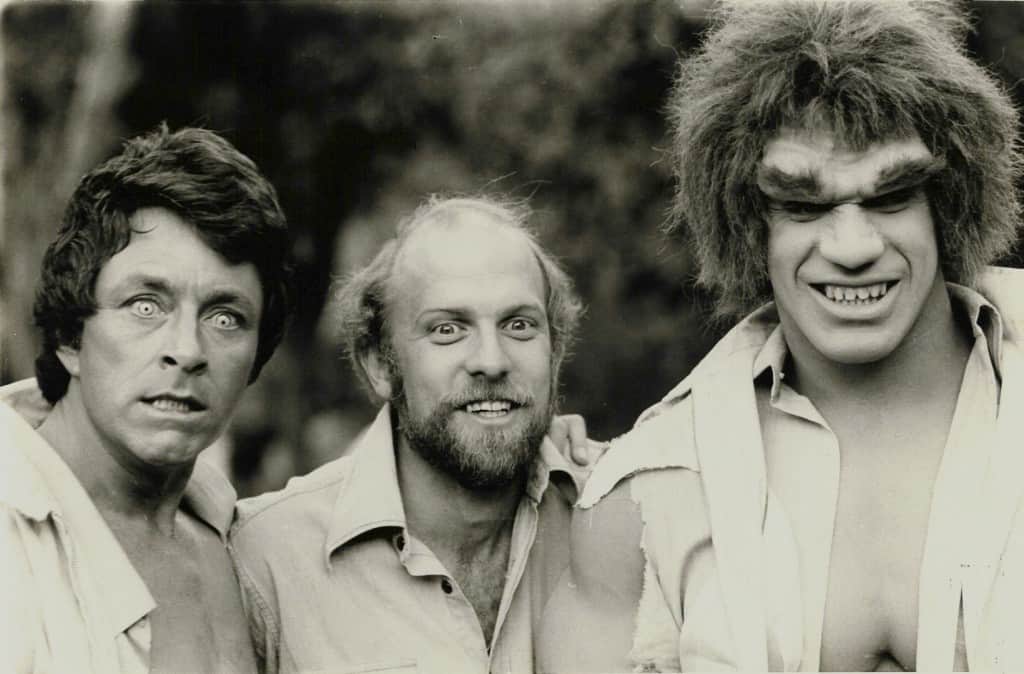 In the comics, the alter ego of The Hulk was Bruce Banner. When the franchise made the jump to the small screen, some changes were made the name. The titular character was renamed David Banner, and the reasoning behind it is still a mystery. The show’s executive producer claimed that it was changed due to the fact that most people don’t have alliterative names, but rumors about the true reason began to spread. It is believed that Hollywood executives believed that ‘Bruce Banner’ sounded homosexual. Johnson denied the claims, but both Stan Lee and Lou Ferrigno have confirmed it on multiple occasions. 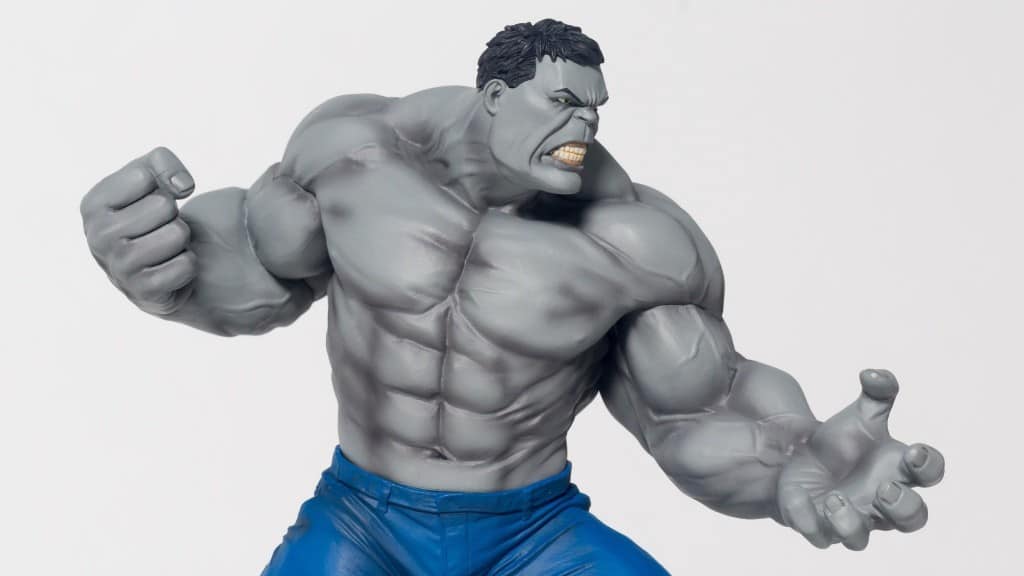 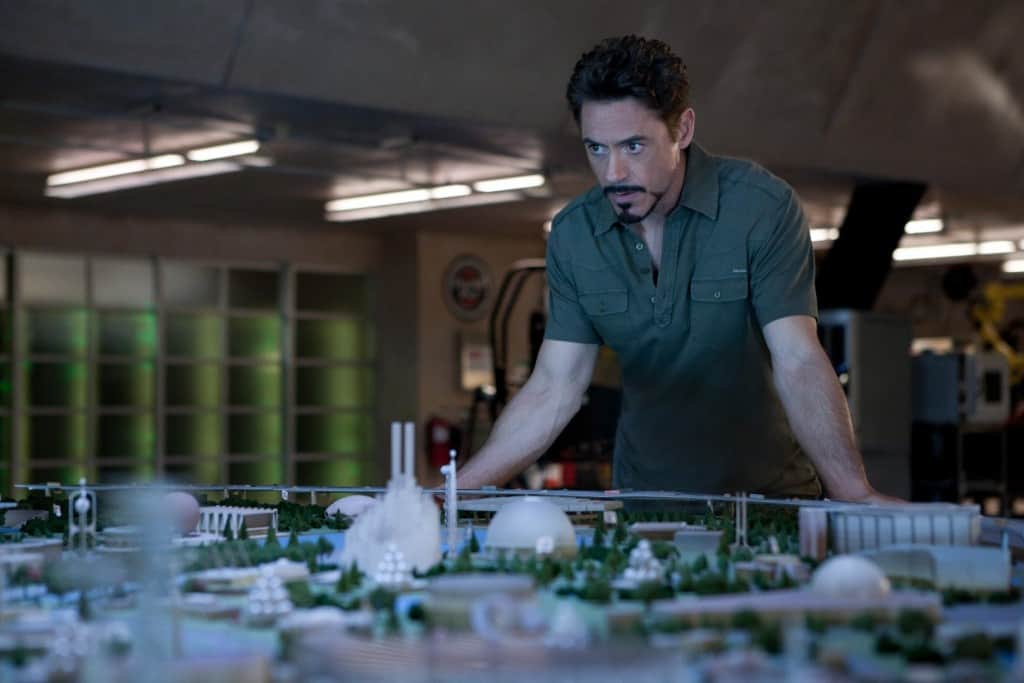 Fans of the Marvel films have come to expect a post-credits teaser after every film. The Incredible hulk featured a surprise appearance from Robert Downey Jr’s Tony Stark. In the scene, Tony Stark visits a sulking General Ross as he questions what to do with the The Abomination.The appearance was very ambiguous and left a lot of fans scratching their heads. Marvel created a short film that further details what took place during that post-credit scene. Apparently, S.H.I.E.L.D. sent Tony Stark to pull a little reverse psychology on the General so he doesn’t suggest the Abomination should join the Avengers Initiative. 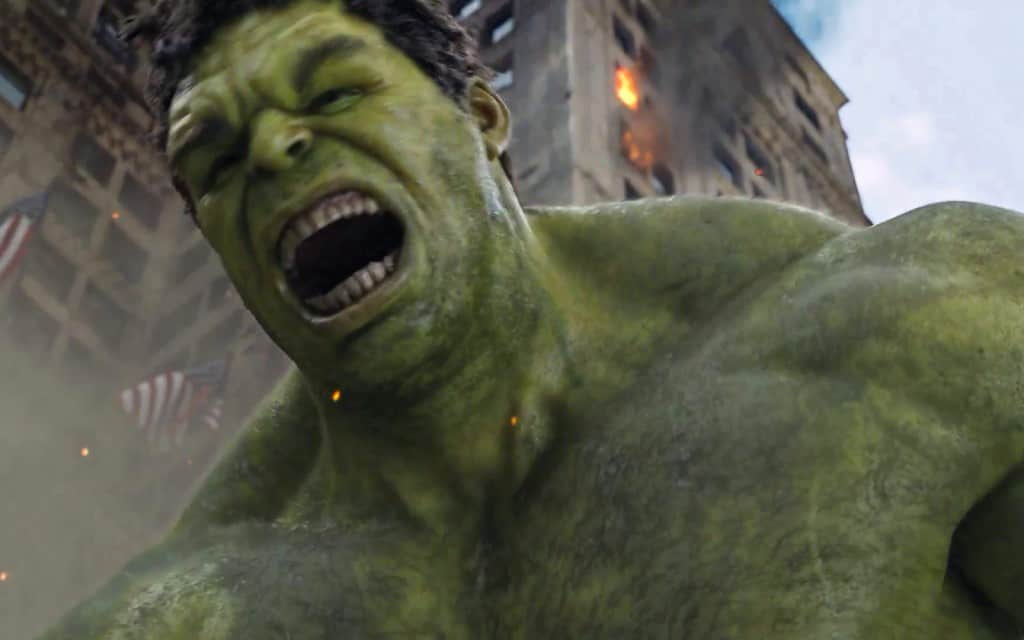 In one of the Hulk’s most depressing comic books ever, humanity has been wiped clean from Earth due to nuclear war, and those who didn’t initially die, eventually died from radiation poising. The Hulk, who is the sole survivor, walks the Earth for 200 years alone. He is eventually attacked by mutant cockroaches and killed. His healing abilities bring him back to life, leading Bruce Banner to realize he can never die. The comic ends with Banner pleading with ‘The Hulk’ to let him die.

His Wide Range Of Powers 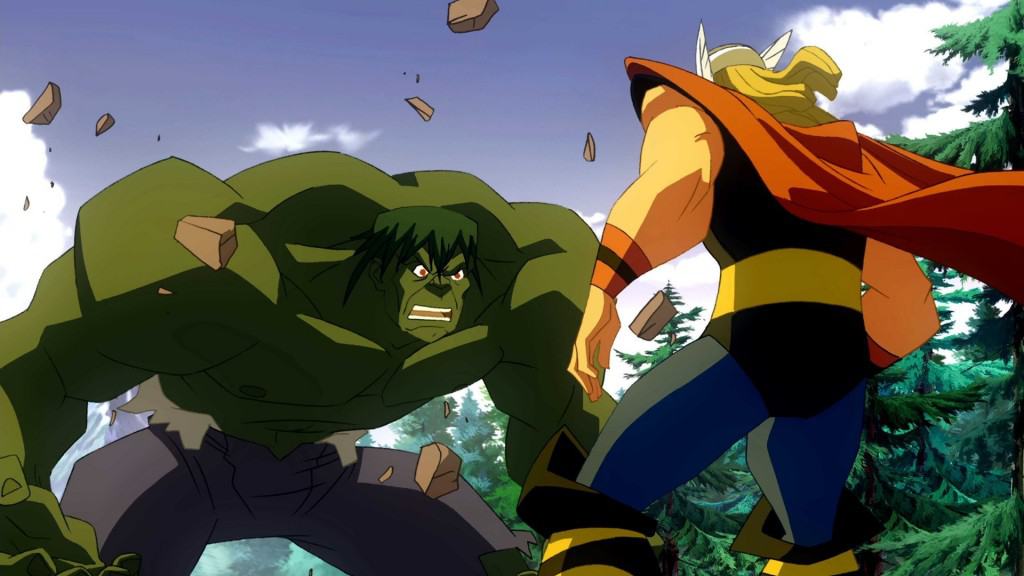 Most people don’t know that the Hulk possesses more superpowers than just strength. He actually features a wide range of powers that aren’t usually shown much. His angry actually amplifies his strength, so if he is fighting an enemy he can’t beat, he’ll simply get stronger. He is also able to breath underwater due to an extra gland in his body. And finally, probably his most bizarre power, he is one of the few Marvel characters who can see ghosts. 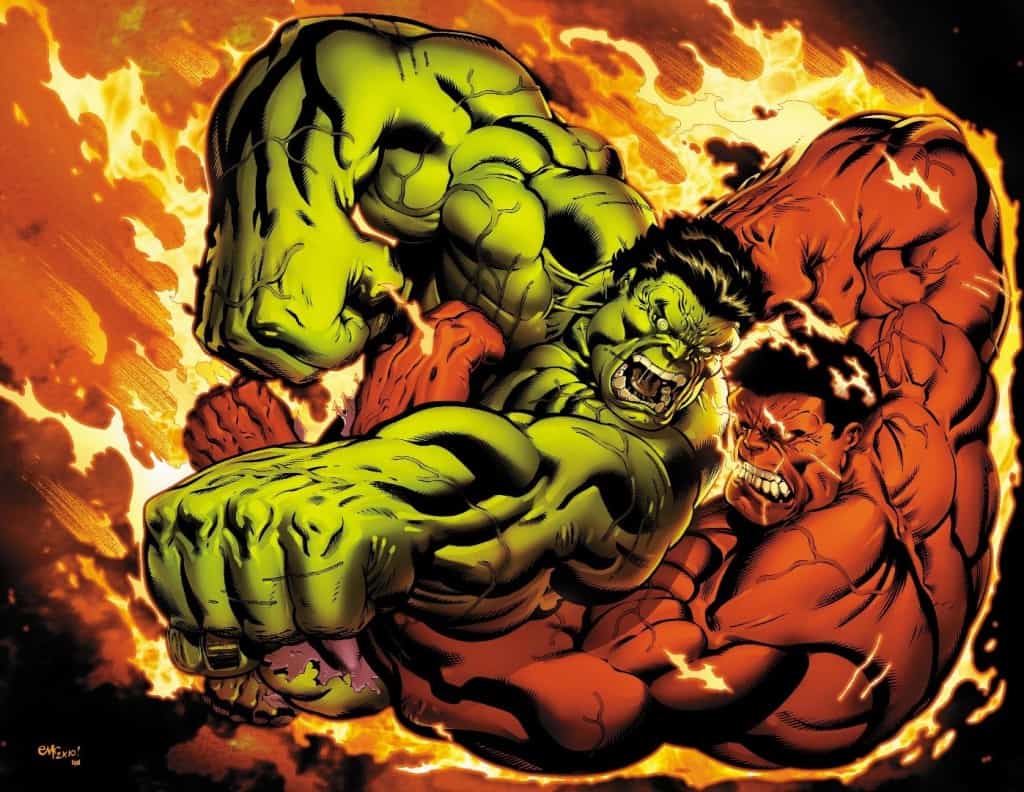 Other than the Abomination, the Red Hulk was one of the Hulk’s most popular enemies. The character was introduced during a 23 issue run, that had fans wondering-who was this new enemy was? Red Hulk had defeated Abomination, something that the Hulk was never able to do. Fans were desperately putting clues together trying to discover the identity of this foe, only to find out that it was in fact Bruce Banner’s greatest enemy. General Ross was revealed to be the true identity of Red Hulk.

He Once Ripped Wolverine In Half 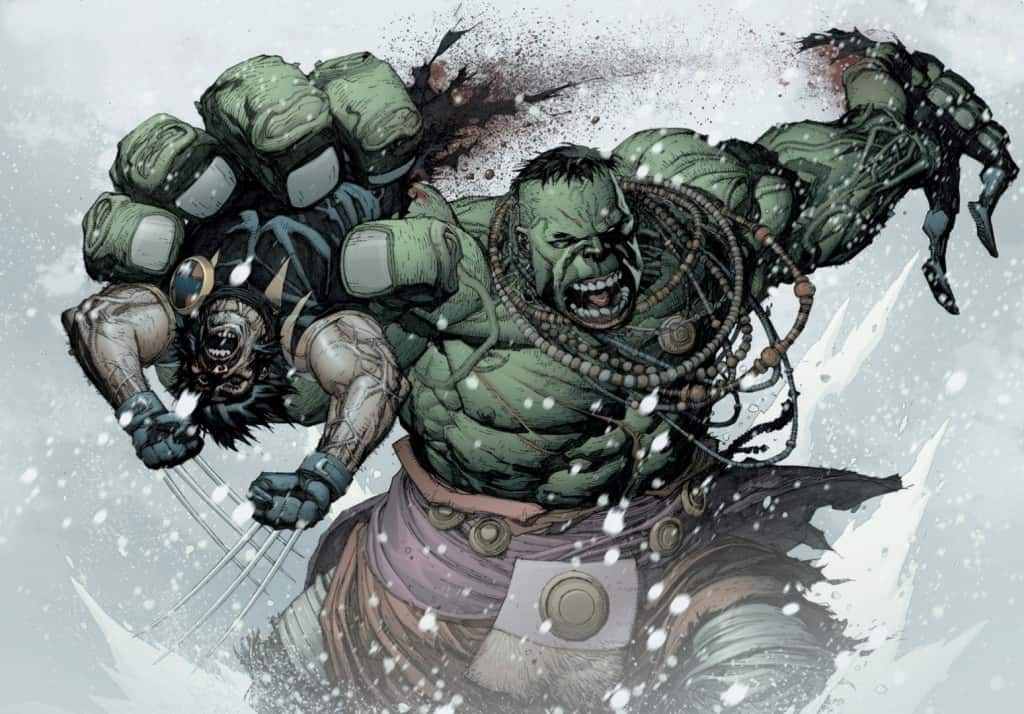 In “Ultimate Wolverine vs. Hulk”, S.H.I.E.L.D. hires Wolverine to take down the Hulk who has been rampaging across New York City. Wolverine eventually tracks down the Green Beast after he discovers him in a monastery, where he is being worshiped. Battle ensues, and Hulk has his way with Wolverine. He rips the X-men in half and tosses his bottom half miles away. Thanks to Wolverine’s healing abilities, he survived, but was forced to crawl back to his body. 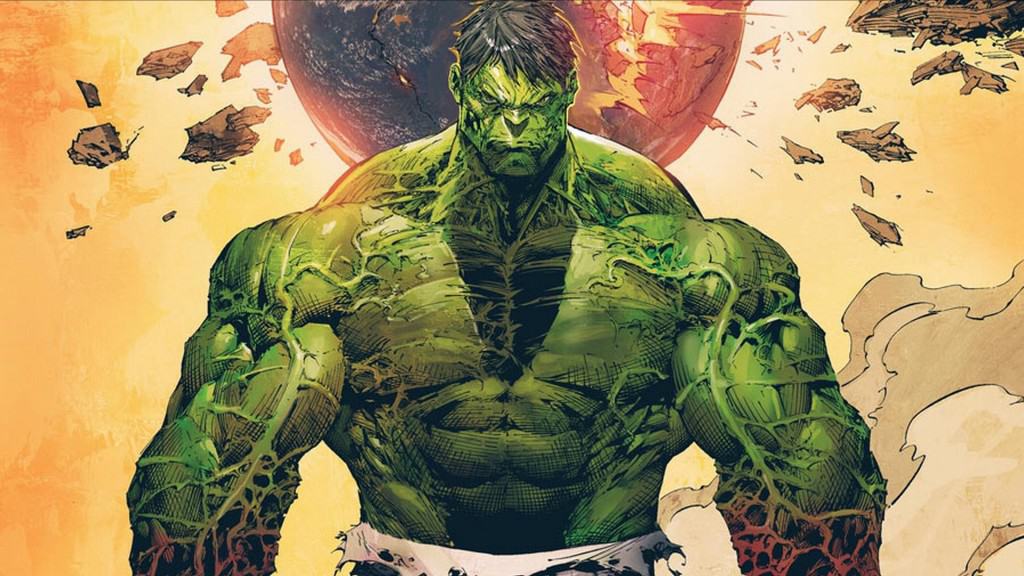 In the Civil War comic book series, S.H.I.E.L.D had to take drastic measures concerning the Hulk. After causing massive destruction in Los Angeles, the Avengers decided that something must be done with Bruce Banner. So, they tricked Banner into thinking they needed him for a deep space science mission, but instead, they launched him into a wormhole. He lands on the planet Sakaar, where he is enslaved, but eventually fights his way to freedom. The Hulk gathers an army, becomes ruler of Sakaar, then plans his revenge on planet Earth.