Celebrities have it all. Fast cars, luxurious goods, fancy homes and, of course, a career in showcasing their talents to fans all over the world. These celebrities truly have it all and to top it off, they have a full crew to make sure they are looking their best at any given moment. When it comes time to tie the knot or to settle down with someone special, it would appear that celebrities could get just about anyone they want. We picked out 20 celebrity couples that don’t look like they fit that perfect couple status. These 20 celebrity couples are a bit ordinary, but it’s apparent that each one cares significantly for the other. 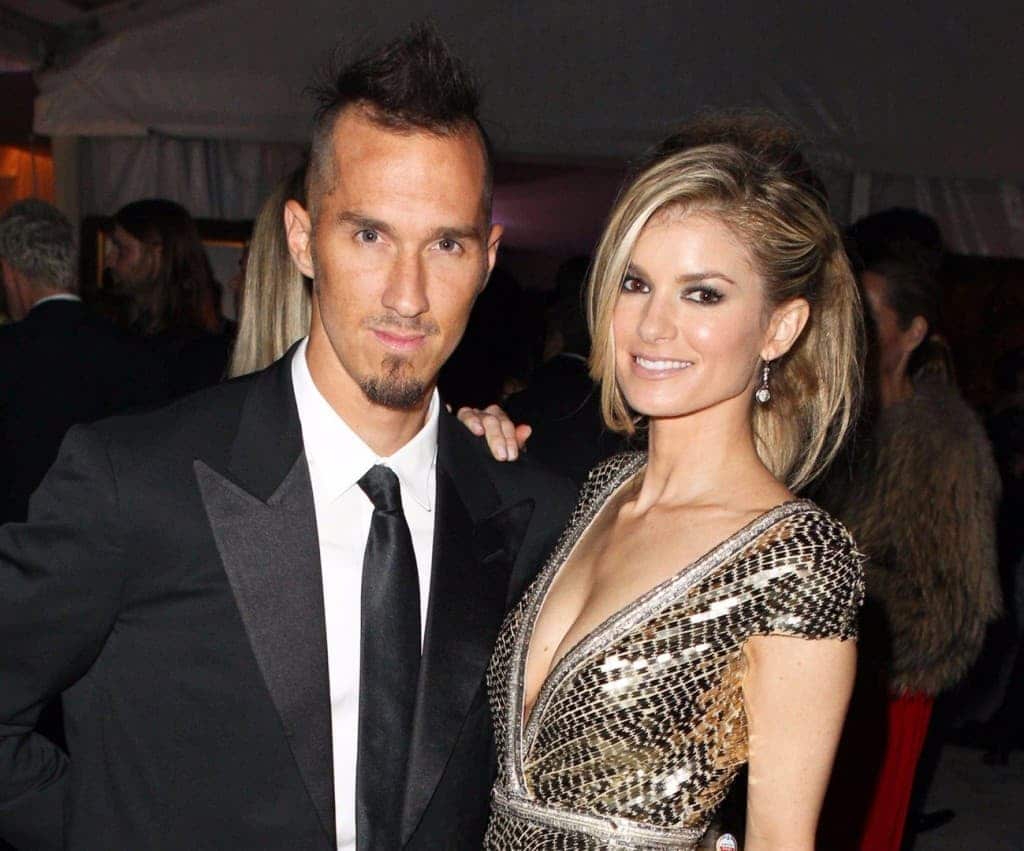 Marisa Miller is a Victoria Secret model with a very successful career. Officially Marisa came off the market in 2006 when she married Griffin Guess, who is a music producer that has worked with Velvet Revolver, Jay-Z, and Eminem. 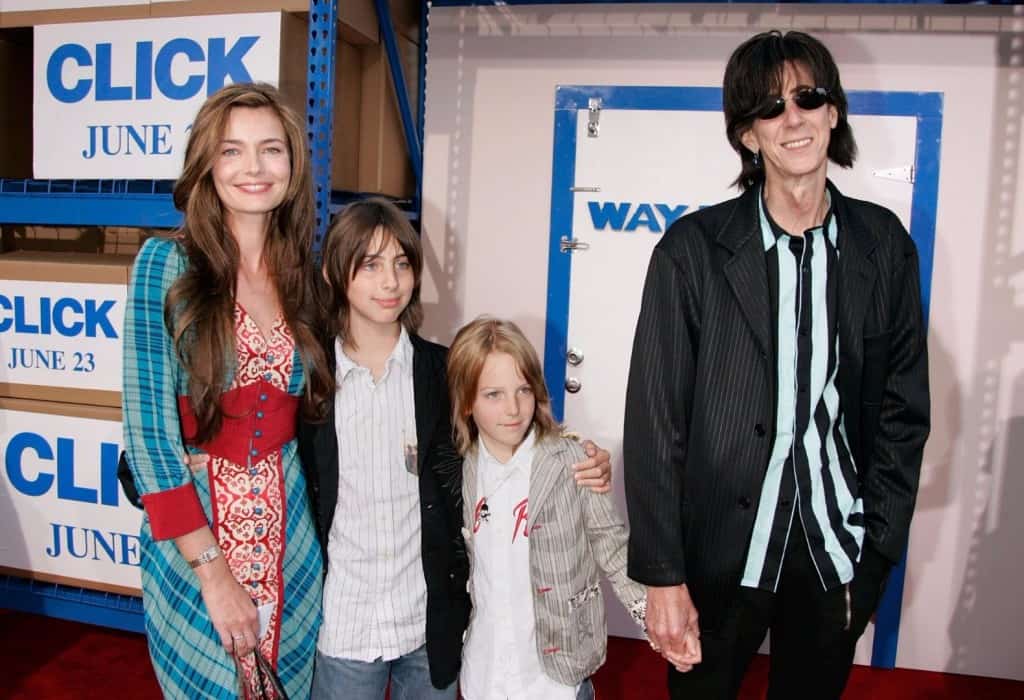 A supermodel from the 80’s and 90’s Paulina Porizkova found love with Ric Ocasek who is the lead singer for The Cars. The couple met when Paulina was featured in The Cars music video Drive. 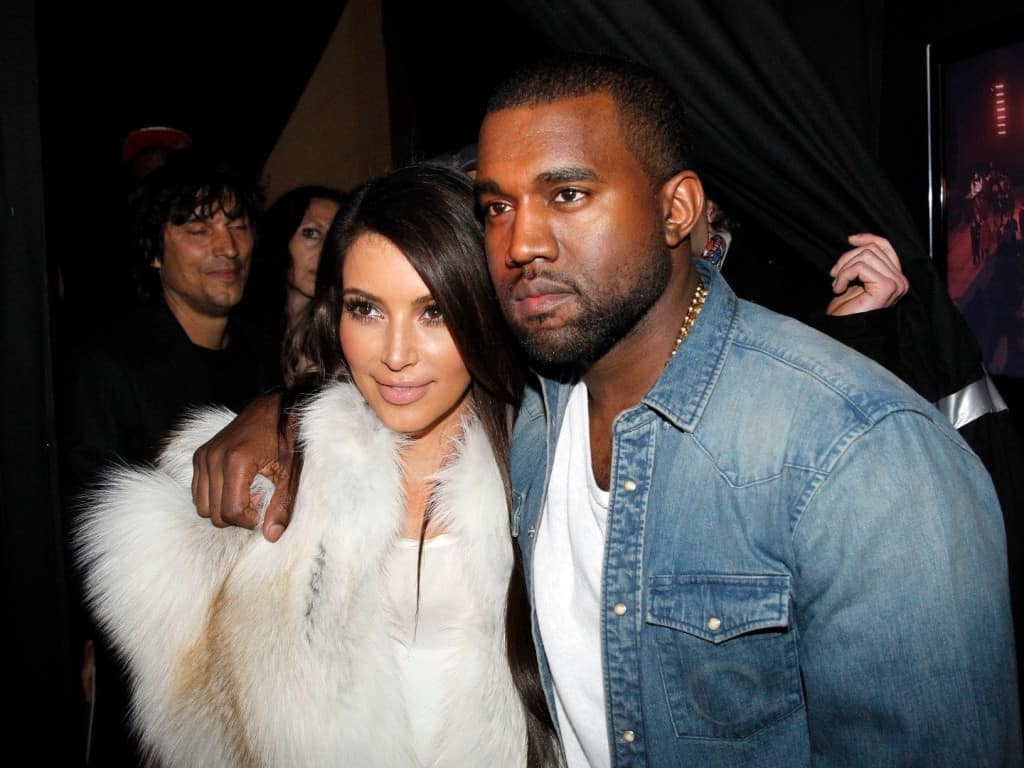 Kim Kardashian is known for her various works both in the fashion industry and her reality television series. More recently she married hip hop artist Kanye West where the two seem like an oddly matched couple. 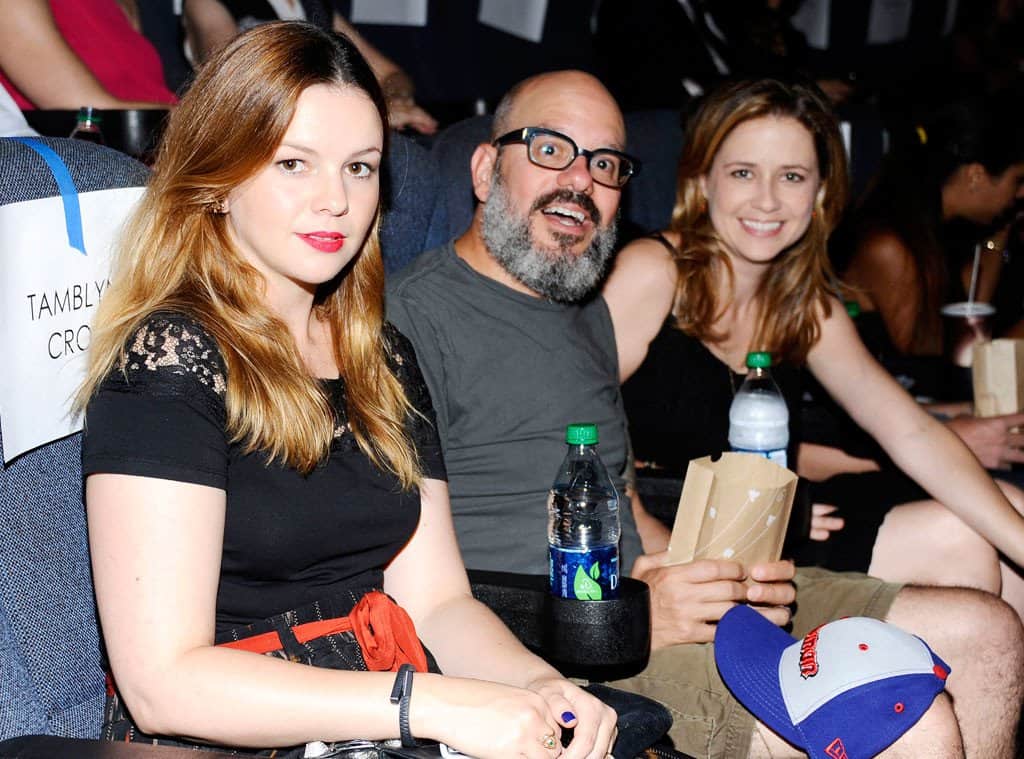 Actor and comedian David Cross is easily recognizable though his significant other may be a bit obscure. Amber Tamblyn starred in a few big hits including Django and The Ring though she is also known for her published poetry. 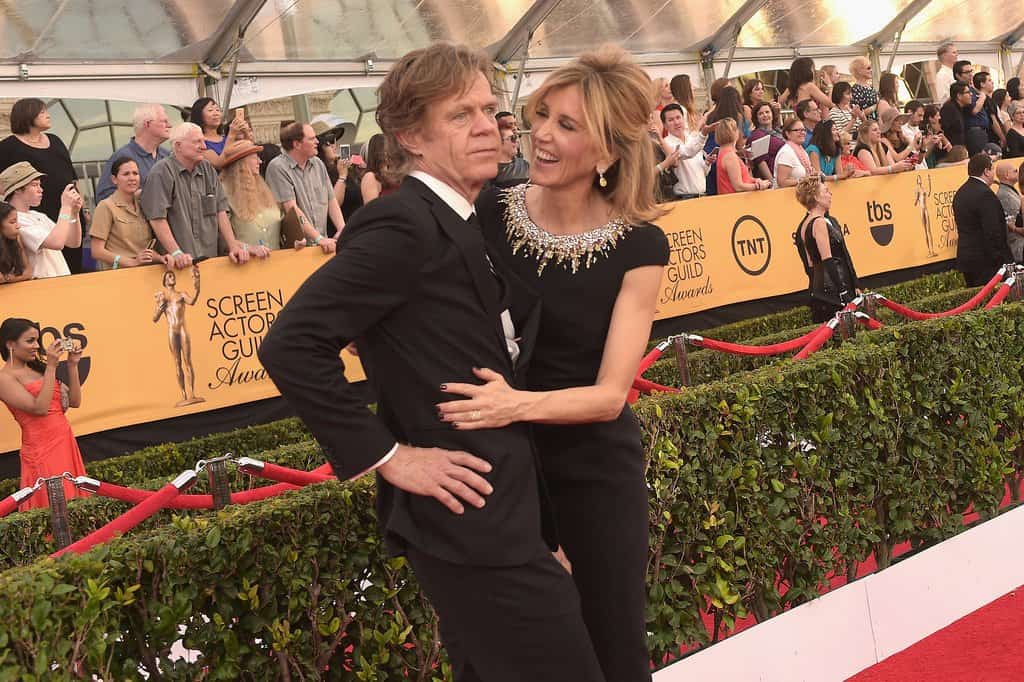 Five-time Golden Globe award nominee Felicity Huffman has had plenty of success on film, stage and television. Her husband, William H. Macy, is also a fairly well-known actor though it’s questionable if he has the successful career like his wife Felicity. While William does act on various film projects, he is also a screenwriter, teacher and director. 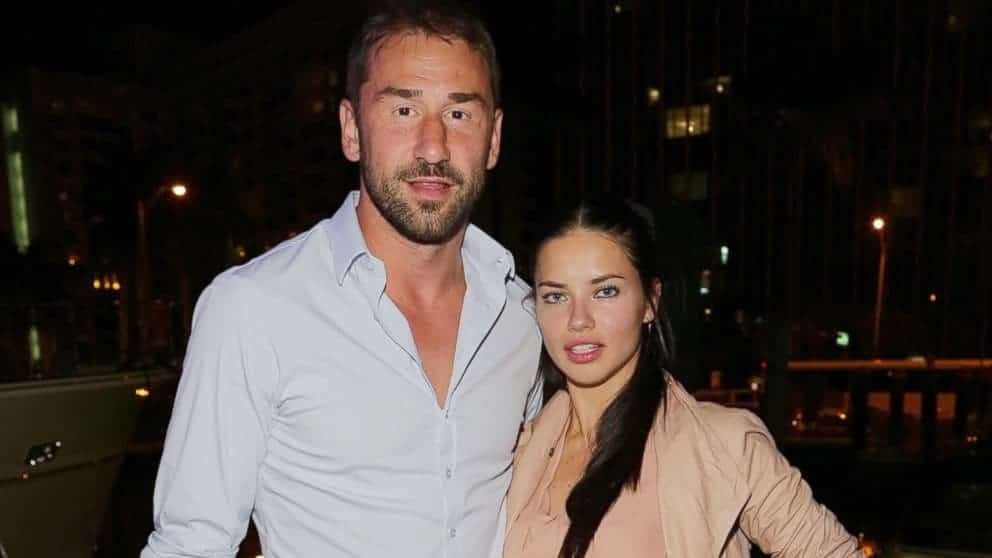 Not too many people can say they married a supermodel. Adriana Lima is a Victoria Secret model who decided to spend the rest of her life with Marko Jaric. Never heard of Marko Jeric? We’re not surprised as he is a retired Serbian professional basketball player.

Aaron Taylor-Johnson might be best remembered for the lead role in Kick-Ass. Love apparently knows no bounds as Aaron married Samantha Taylor-Wood, a filmmaker, and photographer. Samantha just so happens to be over twenty years older than Aaron though both truly care for one another. 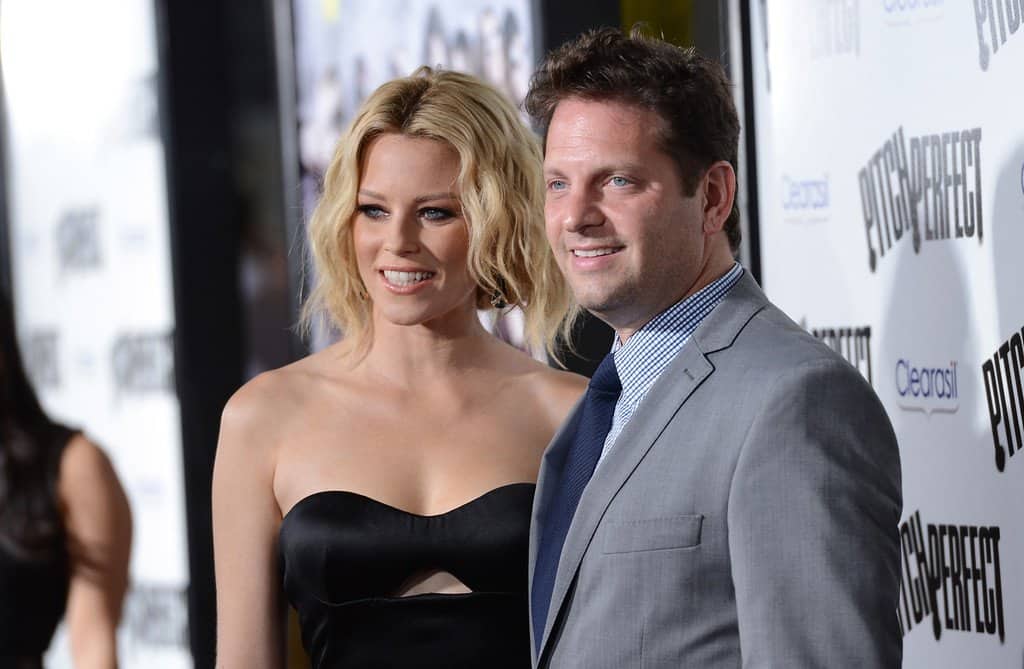 Elizabeth Banks is known for several works within the film industry such as The Hunger Games series. Interestingly enough, Elizabeth fell head over heels for American blogger Max Handelman who is also credited for helping Fox Sports launch the fantasy football division.

Beyonce is a household name and while her husband Shawn Corey Carter or better known as Jay-Z has a following of his own, it’s pretty obvious that Beyonce is pulling in most of the fame for this couple’s relationship. 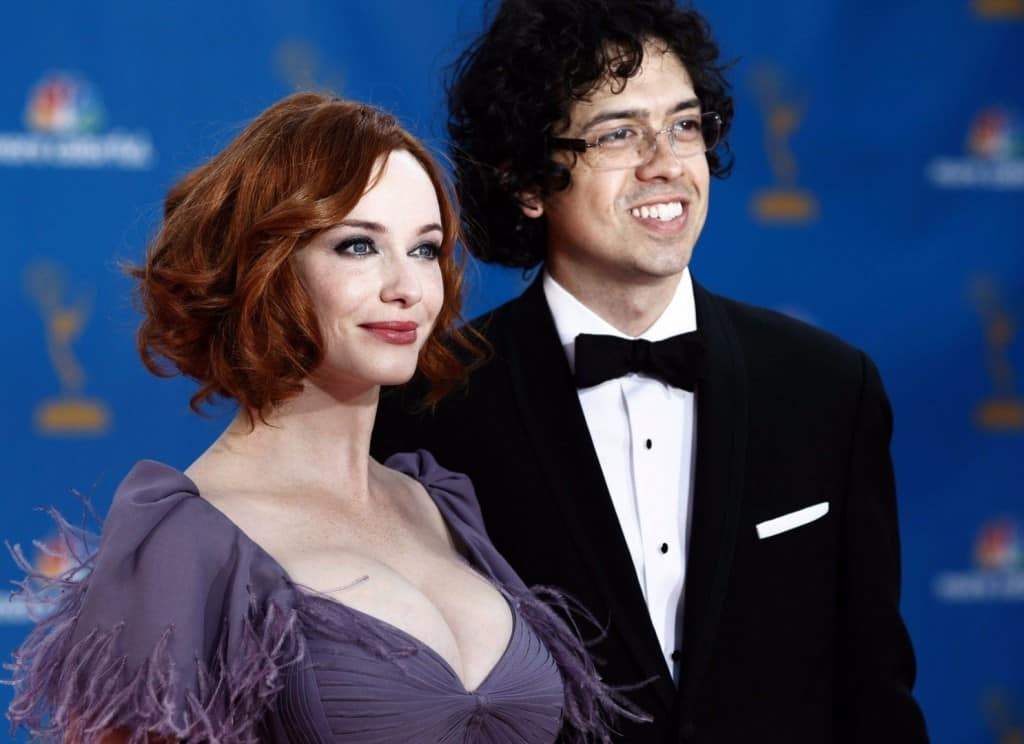 Mad Men star Christina Hendricks claims she fell in love with her husband the very moment she met him. Christina Hendricks is married to Geoffrey Arend, an actor that was featured in films such as Super Trooper and Bubble Boy but has since moved to working on different television shows. 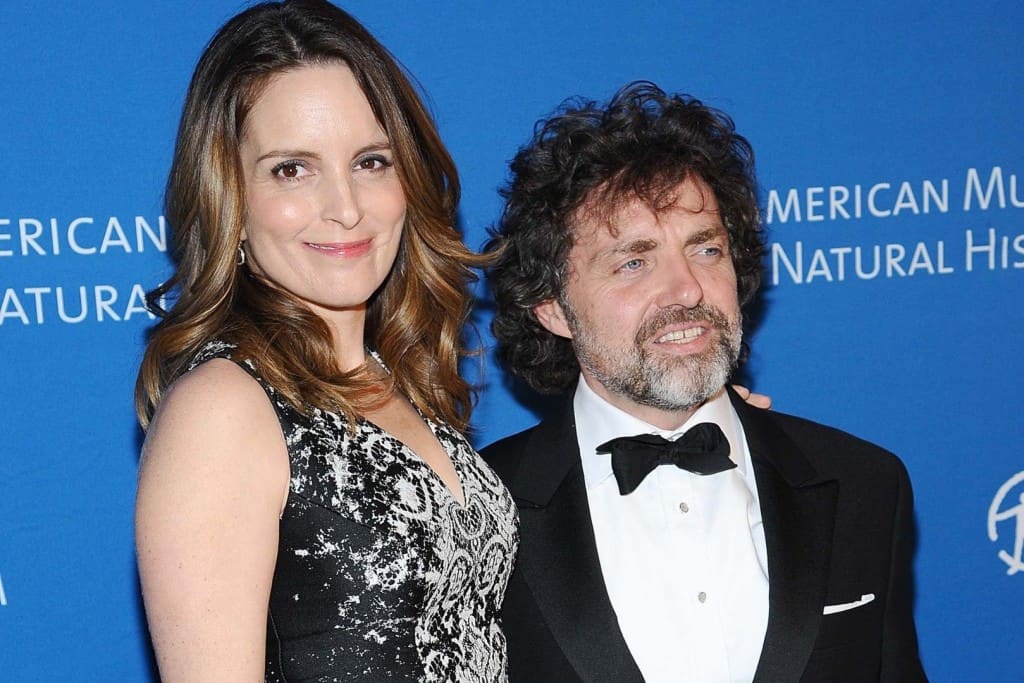 The hilarious SNL star Tina Fey got married in 2001 to Jeffrey Wayne Richmond. While Jeffrey works within the film industry, he stays behind the camera mainly as a composer and director. His works include 30 Rock and Unbreakable Kimmy Schmidt. 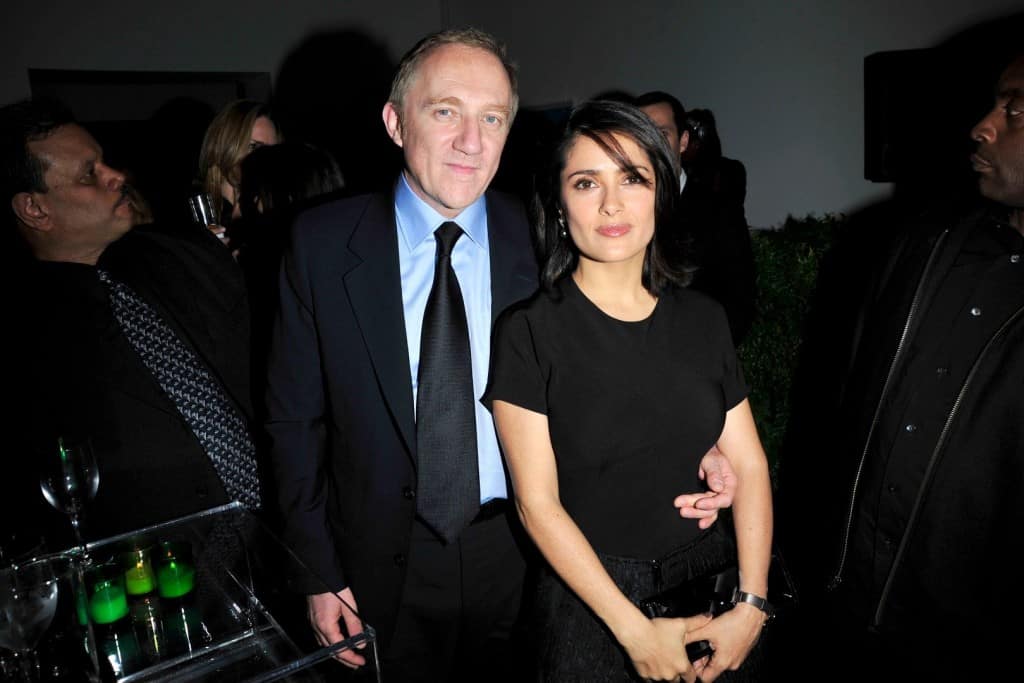 Big time film star Salma Hayek has been married to Francois-Henri Pinault since 2009. If you’re unfamiliar with the name then don’t feel bad as he didn’t earn his fame or fortune from the film or music industry. Instead, Pinault is the CEO of King which is the French luxury goods holding company that owns Brioni, Gucci and Puma, among others. 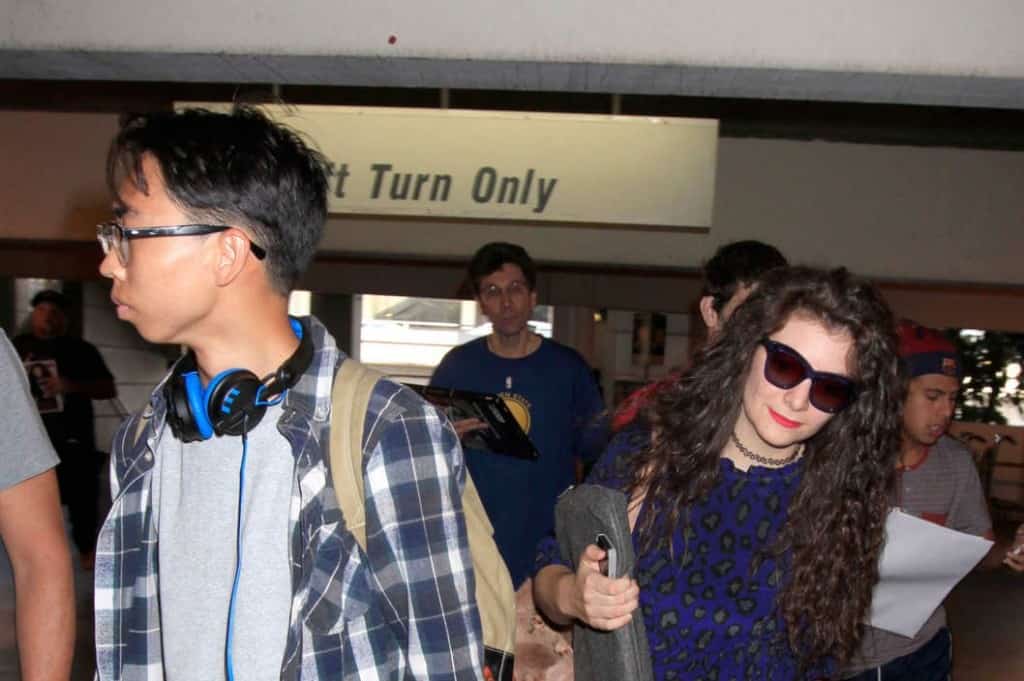 With a 7 year’s age difference, Lorde and James Lowe have been dating for over two years. James Lowe isn’t in much of a spotlight compared to Lorde, but he is an established photographer from New Zealand. 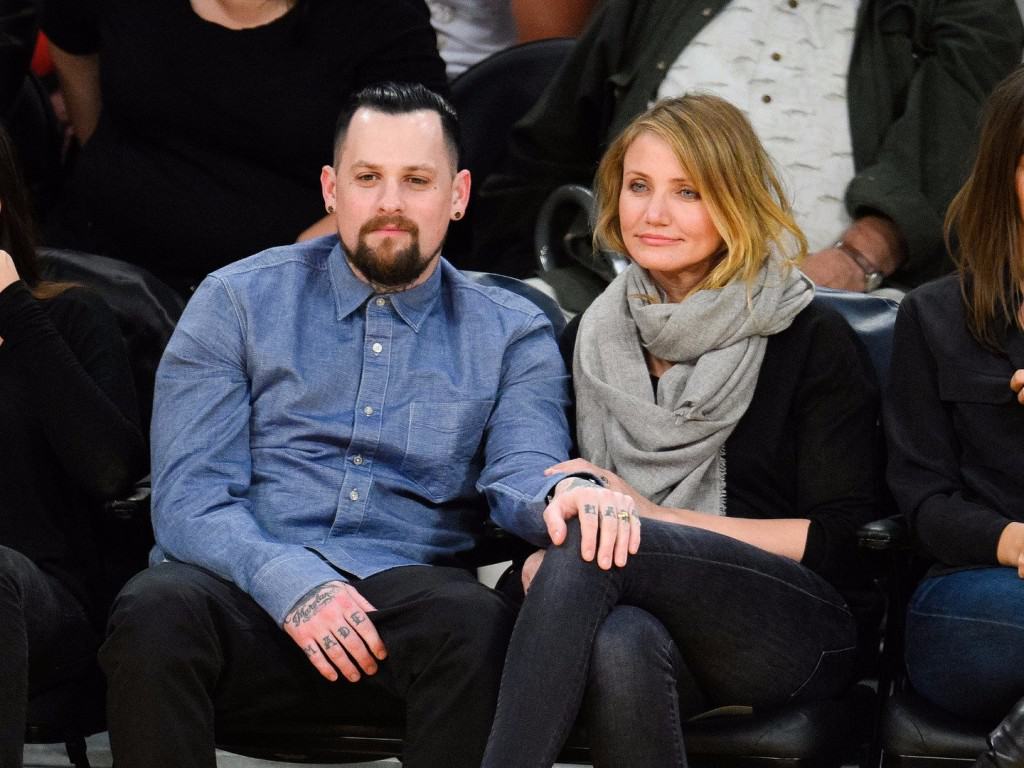 Everyone knows actress Cameron Diaz from her work in countless feature films. Recently Cameron Diaz married Benji Maddens who is an American guitarist and vocalist from the bands Good Charlotte and The Madden Brothers. 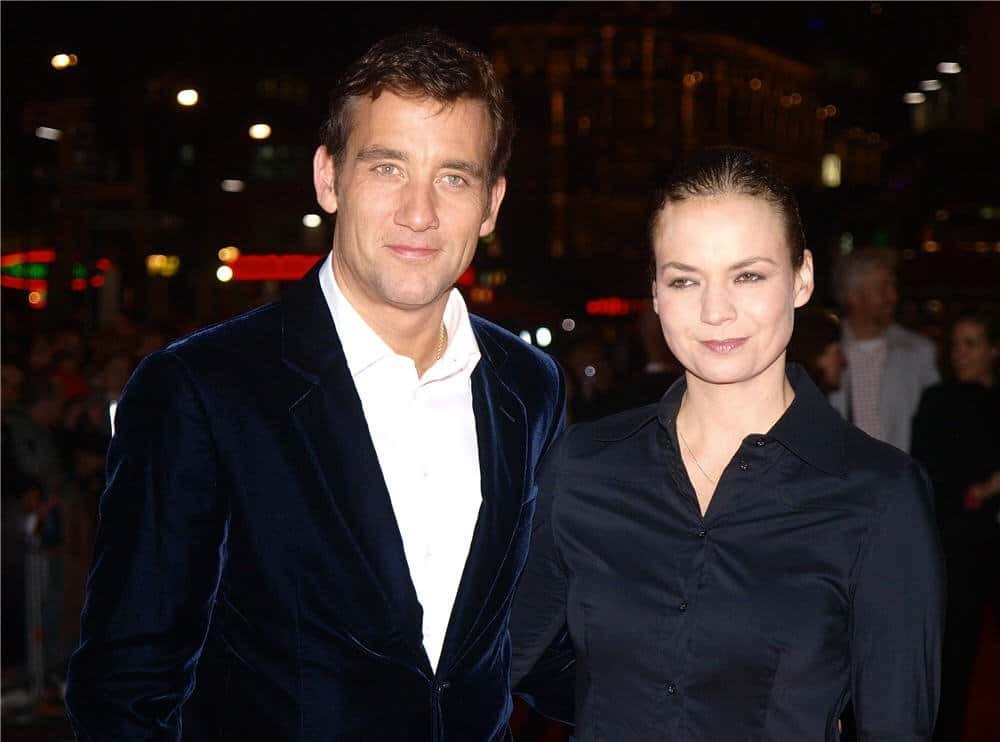 English actor Clive Owen is married to Sara-Jane Fenton. Their marriage goes back to 1995 and, while Clive is well known for this work on films such as Inside man, King Arthur and The Bourne Identity, his wife doesn’t ring a bell quite as much anymore. Sara-Jane Fenton was an actress in films that ranged from the late 80’s and early 90’s though after the couple started to have children Sara-Jane Fenton retired from the film industry. Instead of acting, Sara-Jane Fenton keeps busy as a doctoral researcher at the university of Birmingham.

Before Jesse Williams became the more mainstream actor he is today, he fell in love with a teacher from New York. The Grey’s Anatomy star has been married to Aryn Drake-Lee since 2012. 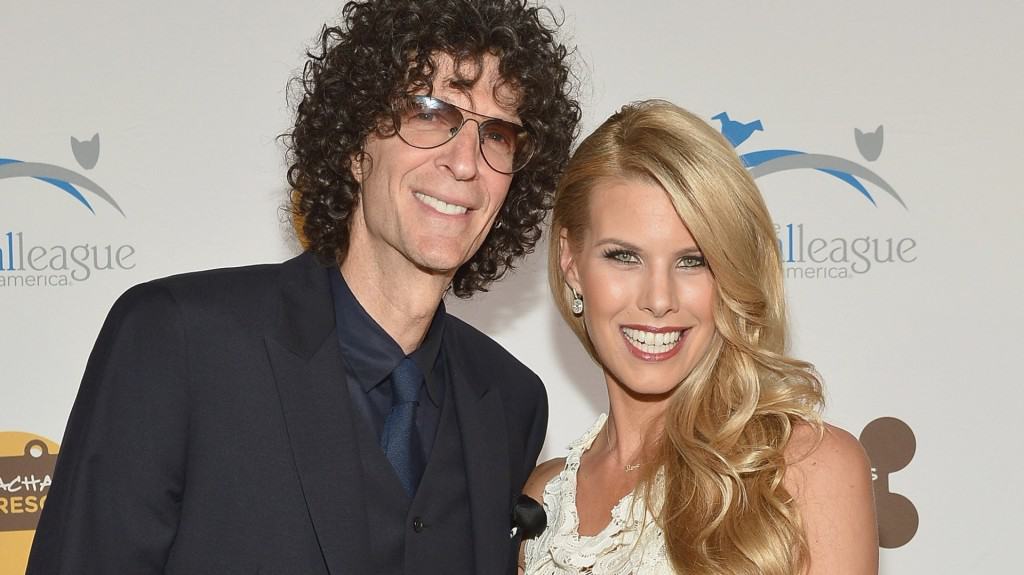 Radio host and TV personality Howard Stern married Elizabeth Anne Ostrosky who is also a television personality and actor. Anne Ostrosky’s resume includes work on the network G4 along with the film Flirting with Disaster.

The model for Wonderbra, Elisabetta Gregoraci, is known for her absolutely stunning looks. Her husband, however, Flavio Briatore, not so much. He might not be in his prime anymore both Flavio was a Formula One driver at one time. 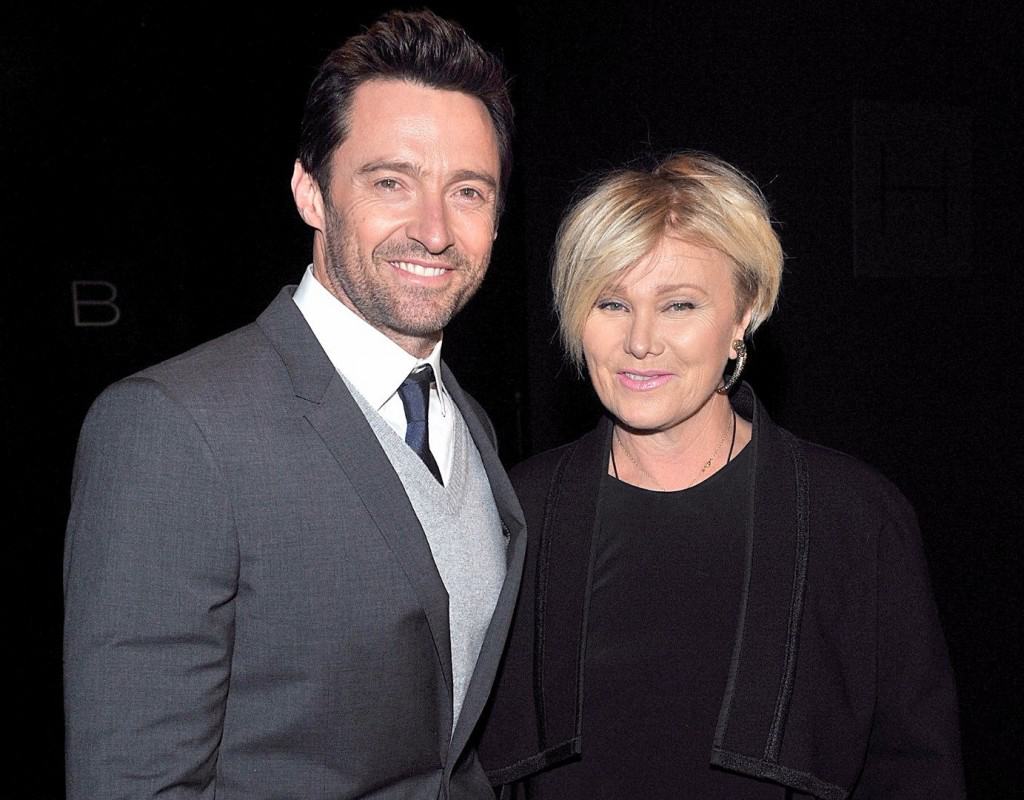 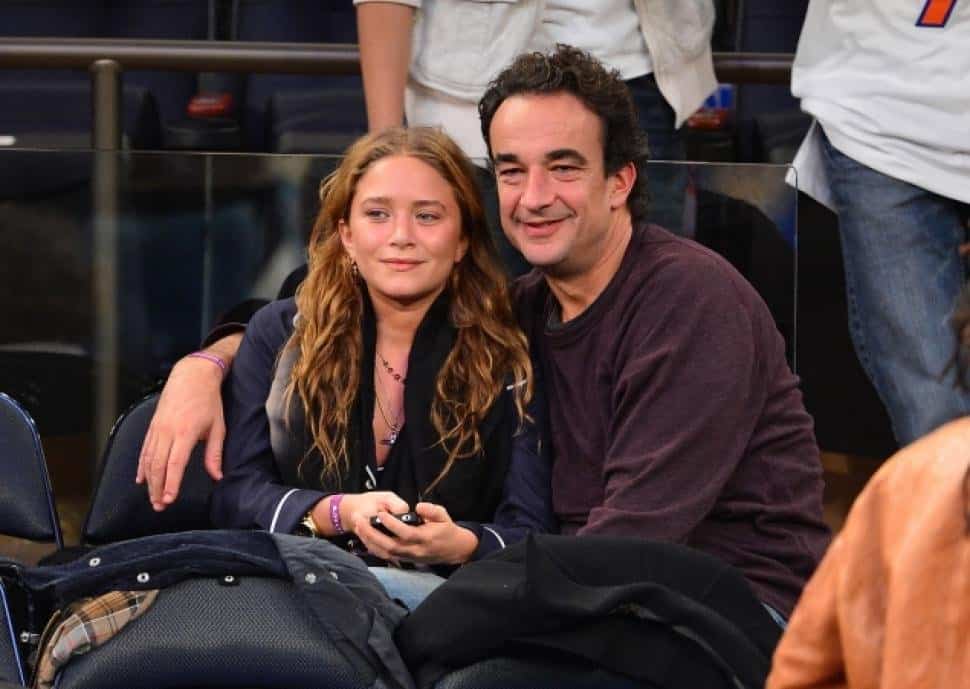 It may come at a surprise just from an age standpoint alone, but 28-year-old Mary Kate Olsen, a once famous child star, is married to a 45-year-old French banker. Mary Kate Olsen and Olivier Sarkozy’s relationship was kept quiet all the way up to their marriage back in 2012.