20 Inspiring Artists and Their Work Studios

Throughout history there have been numerous inspiring artists whose work has always been renowned across the entire world. Artists such as Pablo Picasso, Shakespeare, Claude Monet, and Salvador Dali have made the lives of people everywhere just a little brighter. These individuals have created priceless works of art, but barely anyone has had the opportunity to get a quick look at the studio where such famous pieces were born and completed. Granted, these pictures don’t offer the same type of in-depth look into these artists’ lives and studios as some would hope, but it’s still an interesting glimpse. 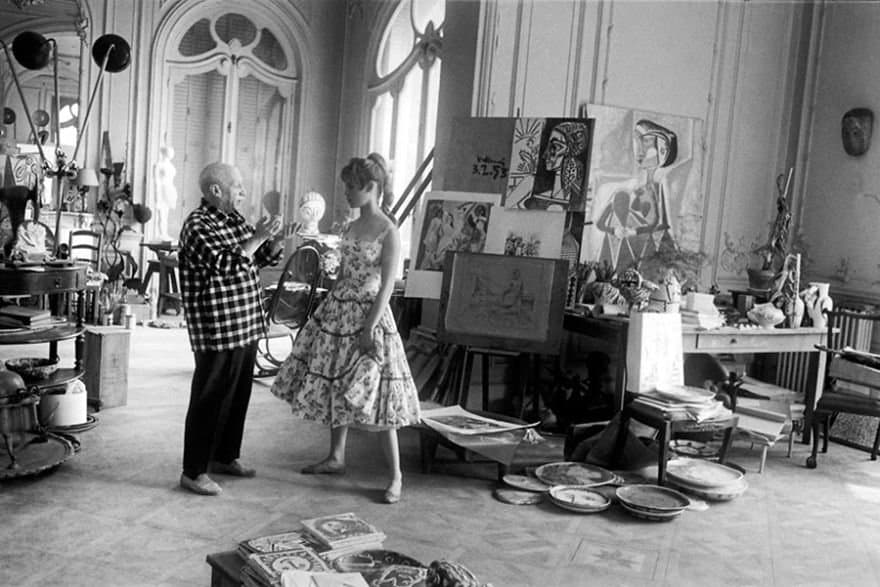 Pablo Ruiz y Picasso, notably known as Pablo Picasso, was a renowned Spanish painter, sculptor, stage designer, poet, and playwright. Picasso spent the majority of his adult life within France, where many of his famous works were brought to life. Picasso is considered one of the most influential artists of the 20th century, and is also known as the co-founder of the Cubist movement and the inventor of the collage. His accomplishments managed to grant him acclaim, renown, and immense fortune. 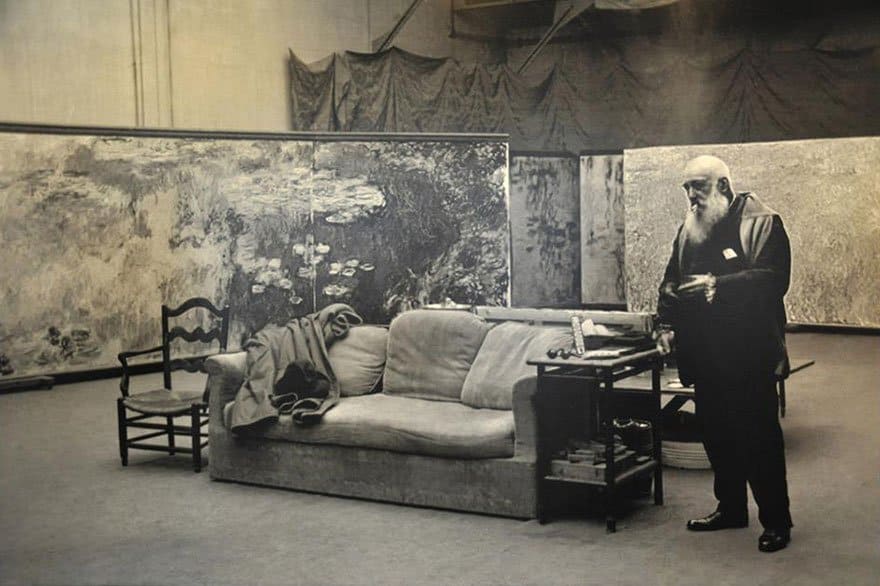 Oscar-Claude Monet was the founder of the French impressionist painting. Monet was rather ambitious, even for an artist, and took great pleasure in documenting the French countryside. He adopted a method with his painting that ensured he would paint the same scene numerous times in order to capture the change in lighting and the passing of seasons within the area. Large-scale paintings occupied the majority of his time for a lengthy period of his life – 20 years. 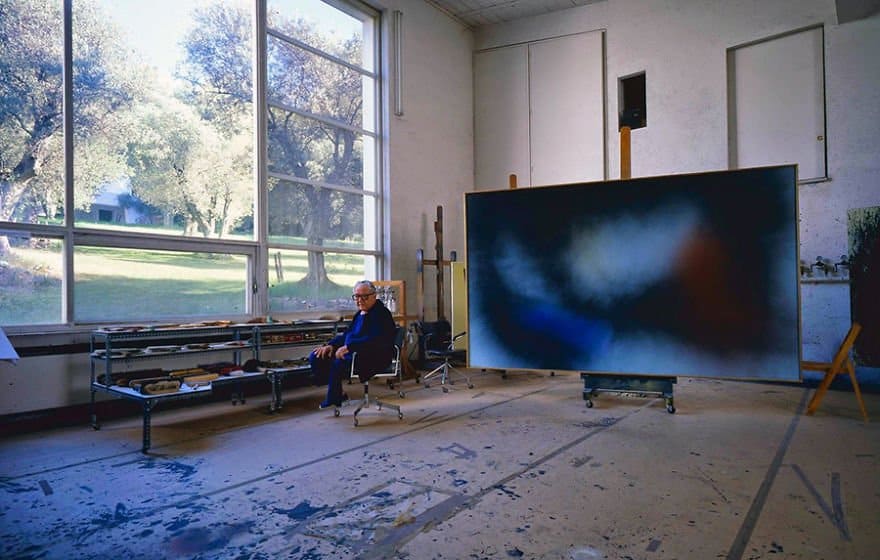 Hans Hartung was a German-French painter born in 1904. The renowned artist became known for his gestural abstract style. Along with his beautiful works of art, Hartung was a decorated veteran of World War 2 for the French Foreign Legion. His paintings set precedents for many younger American painters within the 60’s. In 1960, Hartung was awarded the International Grand Prix for his painting at the Venice Biennale. 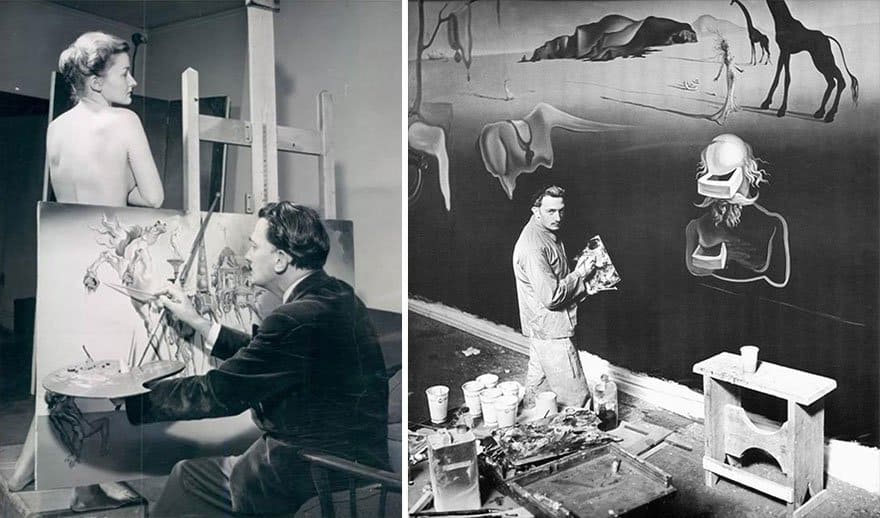 Salvador Domingo Felipe Jacinto Dalí i Domènech, 1st Marqués de Dalí de Pubol, also known as Salvador Dali, was a Spanish surrealist painter born in Figueres, Spain. Dali’s work was best known for being striking and bizarre, though that doesn’t mean it was any less impressive or beautiful. His experience included film, sculpture, and photography. He was known to collaborate with a wide range of artists through various styles of media. 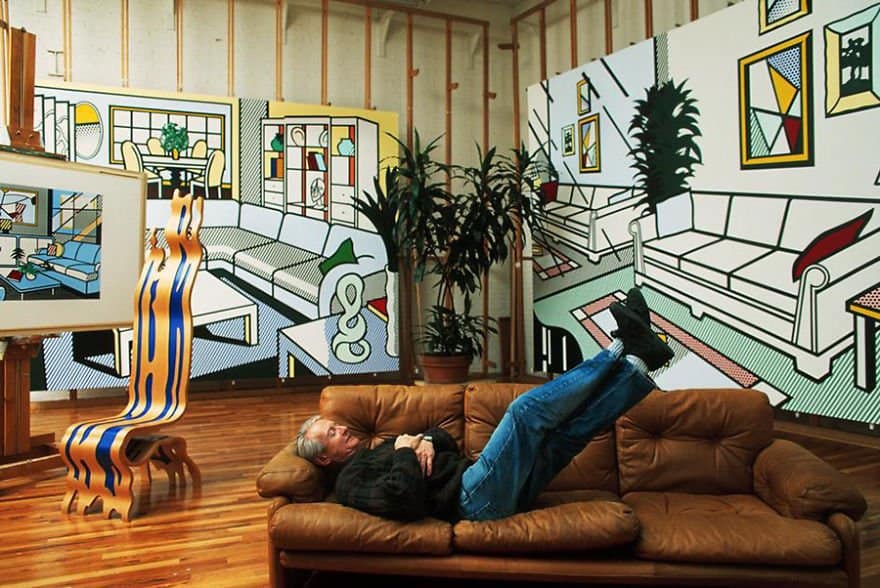 Roy Fox Lichtenstein, the first American artist on our list, was born in 1923. His work was quite popular during the 1960’s, where he became a leading figure in the new art movement. His work helped to define pop art through parody, favoring comic strips as his inspiration. His tongue-in-cheek manner ensured he had fans the world over. He himself described his own work as “industrial painting” instead of ‘American’ painting. 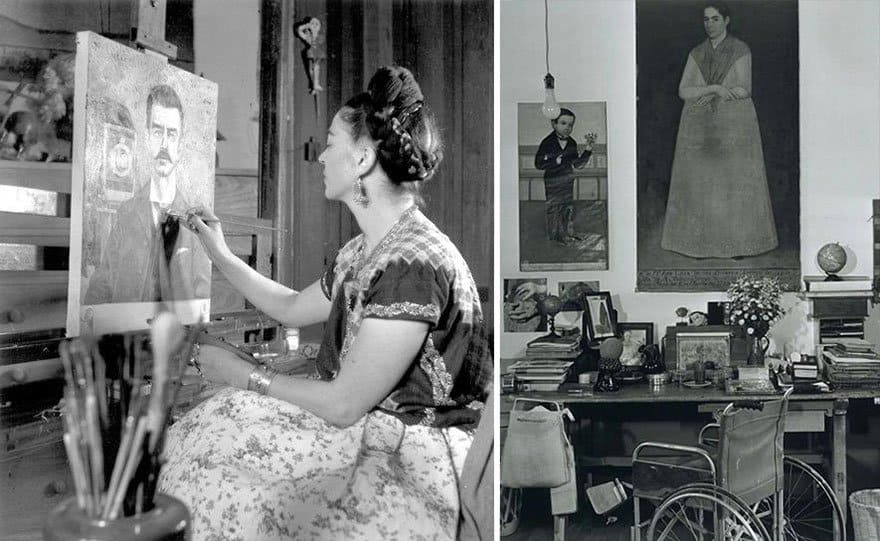 Frida Kahlo de Rivera was a prominent Mexican painter known for her self-portraits. Mexico City, both her birth and death place, was a major influence on her style of artwork. However, Amerindian also played an important role within her paintings. Her work has been called naive art or folk art, which came about due to her fancy for cultural tradition. She rejected the surrealist label that some described her paintings as, believing her work to be more of a reality than that of her dreams. 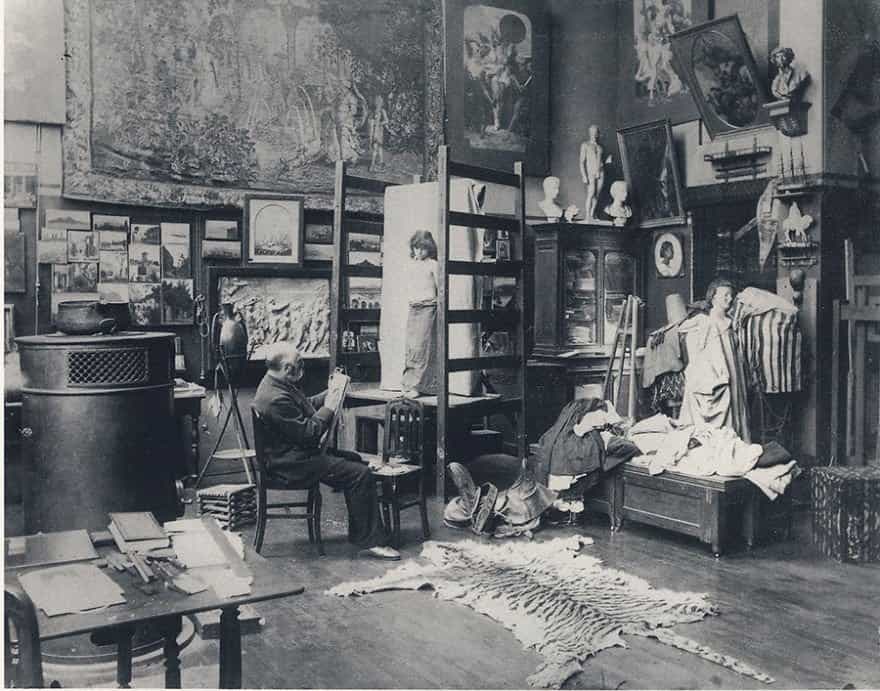 Gustave Clarence Rudolphe Boulanger was a French figure painter known for creating wonderful classical and Orientalist works. Born in Paris in 1824, Boulanger’s work was known as academic art for his time period. His trips to Italy, Greece, and North Africa were reflected in his paintings. The French artist ensured the cultural influence in his work was as correct and detailed as possible. Boulanger managed to earn himself numerous medals, and eventually was brought in as a member of the Institut de France in 1882. 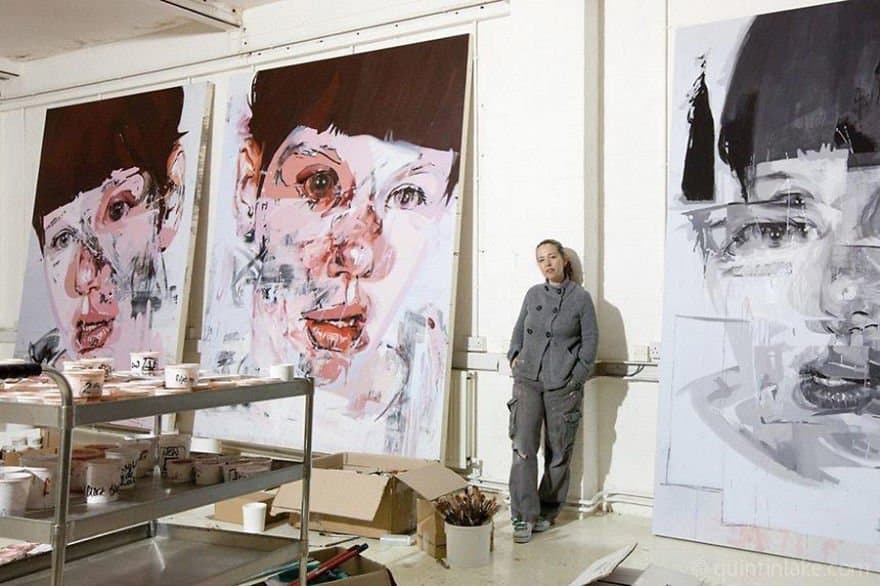 Jenny Saville, a contemporary British painter, is known for her large-scale painted depictions of nude women. Saville, who is still working today, currently lives in Oxford, England. Her oil paintings, specifically Branded (1992) were odd, showing Saville’s face painted onto an obese female body. The body is over exaggerated, but retains the female form. Her work has mostly focused on the female body, but has more recently turned towards transgender people, too. 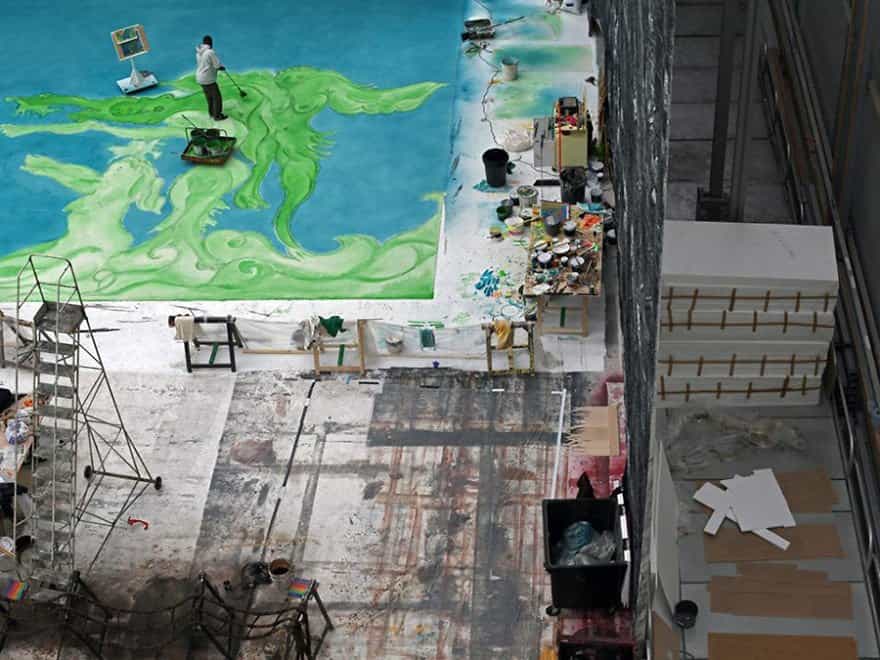 Christopher Ofili, known as Chris Ofili, is an English Turner-Prize-winning painter known for his paintings that use elephant excrement. For the past ten years, Ofili has been working on his artwork in Trinidad, where he resides in Port of Spain. Ofili also has homes in London and Brooklyn. Some of his work has been considered controversial, such as The Holy Virgin Mary and The Upper Room. Five years ago, in 2010, Tate Britain detailed the most extensive exhibition of his artwork. 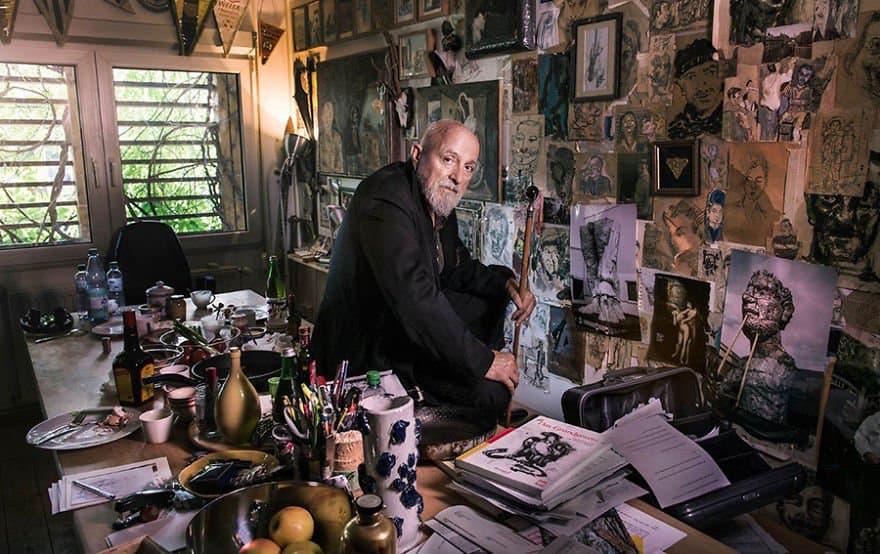 Markus Lupertz is a German painter, sculptor, writer, and art educator, known for his contemporary artwork. In the 1960’s, Lupertz worked within Berlin, where he ended up as a professor at Karlsruhe at the Academy of Fine Arts Karlsruhe. During his early years, Lupertz won the 1970 Prize from Villa Romana and the 1971 “German Association of Critics Prize.” One of his most recent works was shown off in 2011, entitled Pastoral Thoughts, at the Michael Werner gallery in New York City. 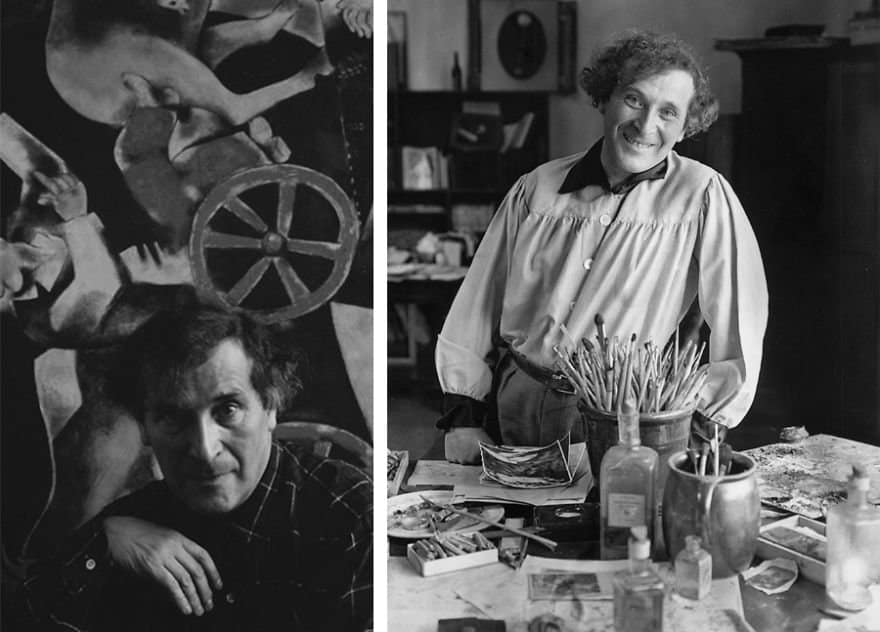 Marc Chagall was a Russian-French artist born in 1887. He passed in 1985. Chagall was called the “quintessential” Jewish artist of the twentieth century. Chagall was known as an early modernist, and was associated with numerous artistic styles across multiple mediums, including paintings, book illustrations, stained glass, stage sets, ceramic, tapestries, and fine art prints. Picasso said Chagall would be the only painter who understands color once Matisse dies. 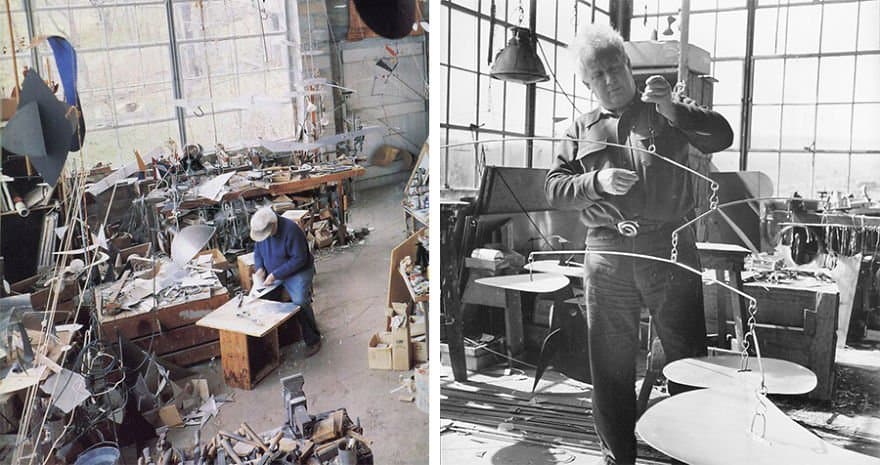 Alexander Calder, an American sculptor, was known as the creator of the mobile, a type of kinetic sculpture using balanced or suspended components that use motor power or air currents to move. Calder also created stationary sculptures known as stabiles, and wire figures for a miniature circus. An entire museum was planned for Calder, but the plans were abandoned in 2005 due to his family failing to negotiate for his work to be shown. 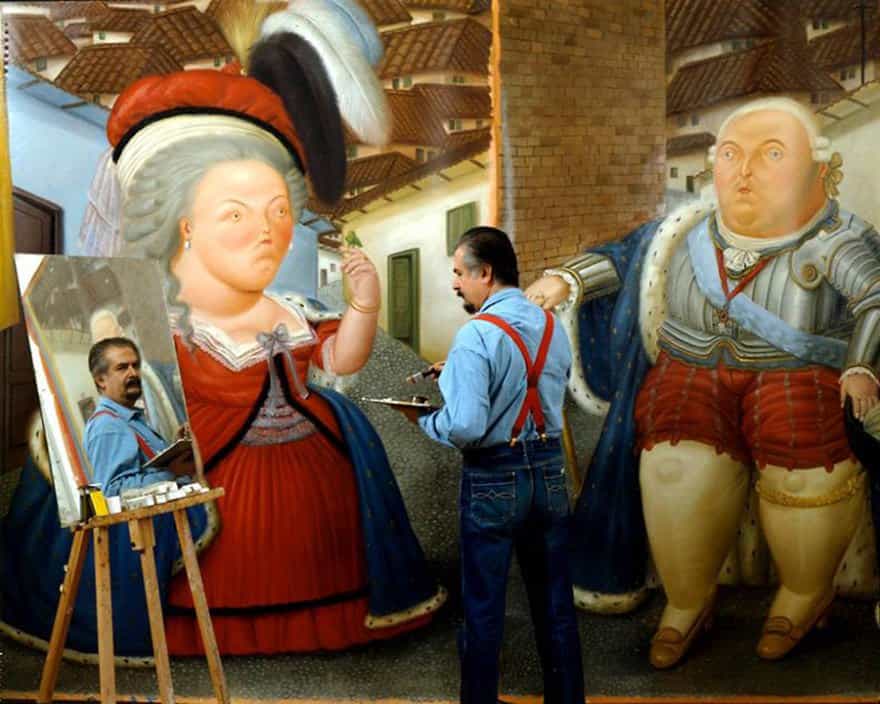 Fernando Botero Angulo was born in Medellin, Columbia in 1932. He was known as a figurative artist and sculptor. “Boterismo” was his signature style, which depicts people and figures in large, over exaggerated forms, such as in political criticism and humor. Botero is known as one of the most recognized and quoted artists from Latin America. His art is visible around the entire world, such as in Park Avenue in New York City. 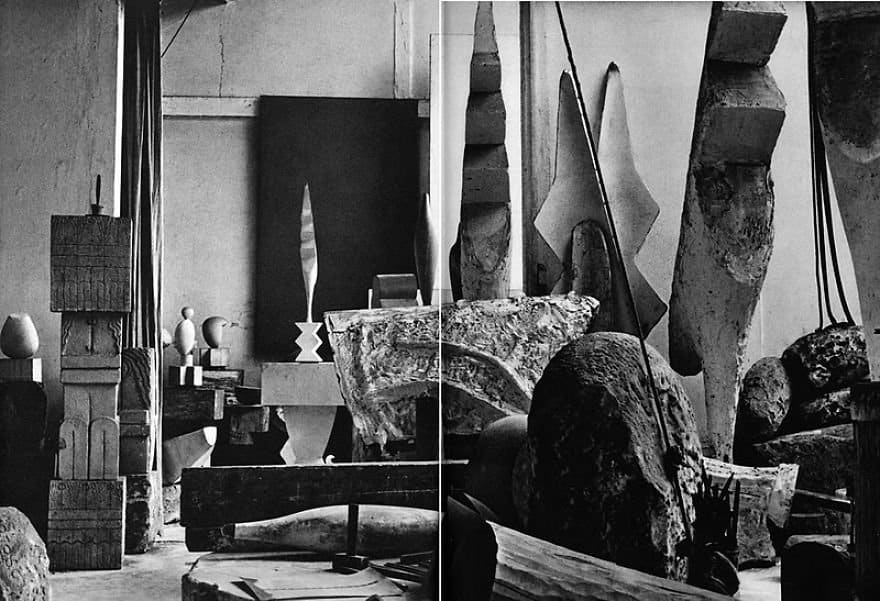 Constantin Brâncuși was a Romanian sculptor, painter, and photographer who made his career throughout France. Brâncuși was considered one of the pioneers of modernism, and one of the most influential sculptors of the 20th century. As a child, Brâncuși showed incredible skill carving wooden farm tools. One of the most famous quotes from Brâncuși was “Work like a slave; command like a king; create like a god.” 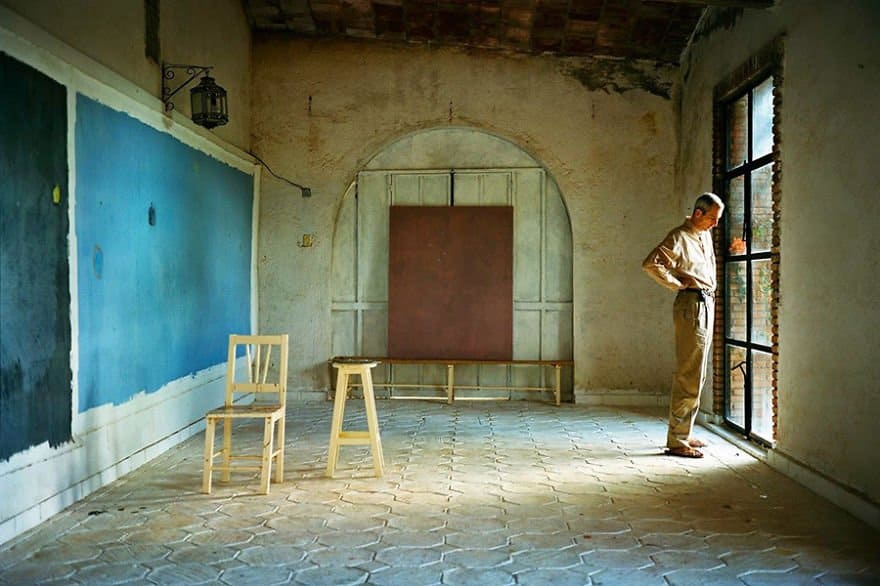 James Brown, born in America in 1951, is an active painter in Paris and Oaxaca. The majority of his work was known in the 1980’s, which were semi-figurative paintings, but with influence from primitive art and classical Western modernism. Brown’s work was recently shown last year at the Livingstone Gallery, The Hague, Netherlands. His work has been shown across the United States and Europe, and increasingly more often within Mexico. 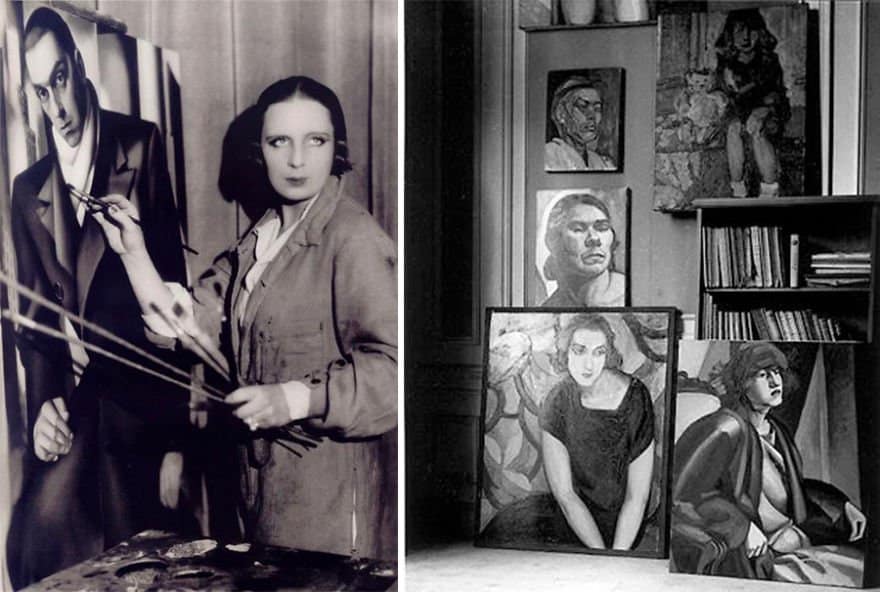 Tamara De Lempicka is a Polish Art Deco painter and is considered to be the “first woman artist” to become a “glamour star.” Lempicka’s work was influenced by Cubism, and she was known as the leading representative for the Art Deco style across multiple continents. She was also known for painting duchesses, grand dukes, and socialites. Her work was shown in some of the most elite establishments of the era, too. 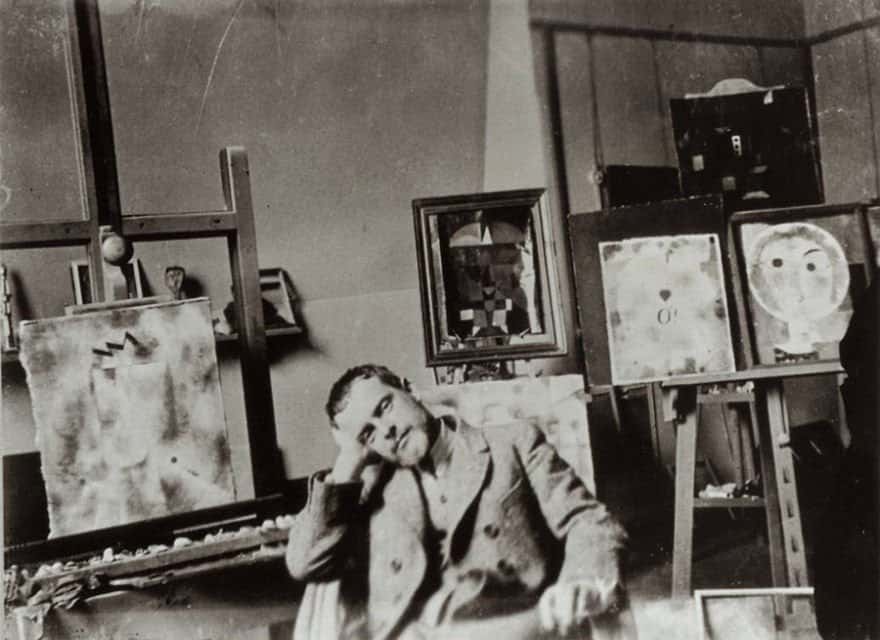 Paul Klee was a renowned painter born in Switzerland, but is considered to be a Swiss German. His individual style was influenced by movements in art, including expressionism, cubism, and surrealism. Klee was also a student of orientalism. Klee, aside from being a well known painter, was a veteran of World War I. He was conscripted into the reserve forces in Prussia in 1916. His work is now displayed within various places, including the Guggenheim Museum in New York. 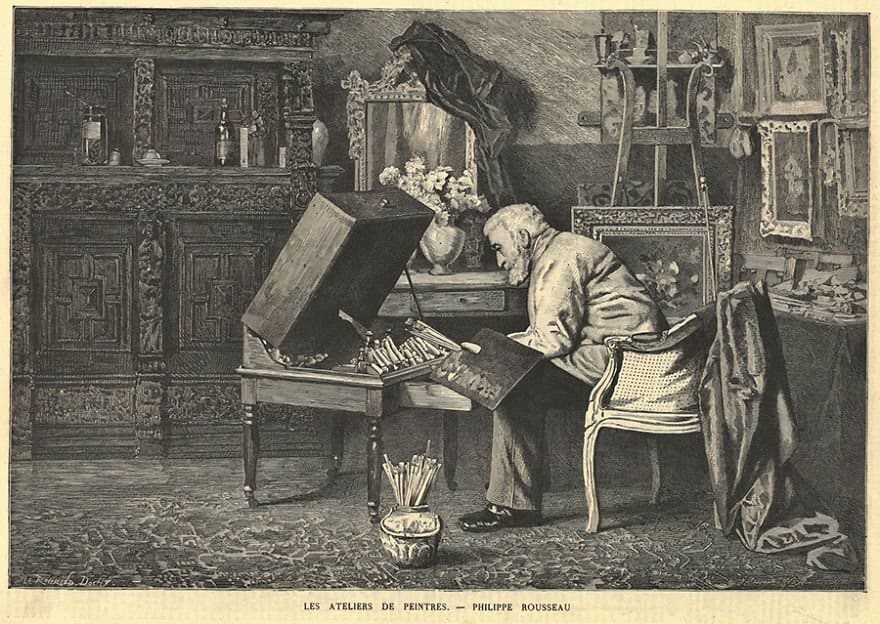 Philippe Rousseau was born in 1816 in Paris, but died in 1887. Philippe was the brother of Theodore Rousseau, but made a name for himself for the artwork he created. He became known as a landscape painter who showed a fondness for flowers and still life. Rousseau was said to have been taught by Baron Antoine-Jean Gros and studied alongside Victor Bertin. In 1834, his work was exhibited at the Salon. 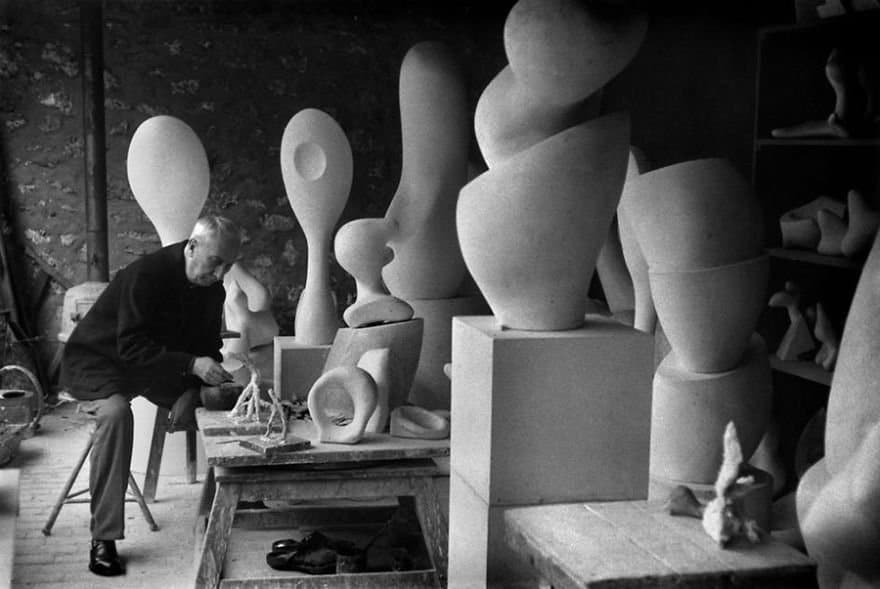 Jean Arp was a German-French sculptor, painter, poet, and abstract artist in media such as torn and pasted paper. There are currently three Arp foundations in Europe: The Foundation Arp in Clamart, The Fondazaione Marguerite Arp-Hagenbach in Locarno, Switzerland, and the Stiftung Hans Arp und Sophie Taeuber-Arp e.V. This final foundation owns the largest collection of works from Arp and currently holds the copyright to all of it. 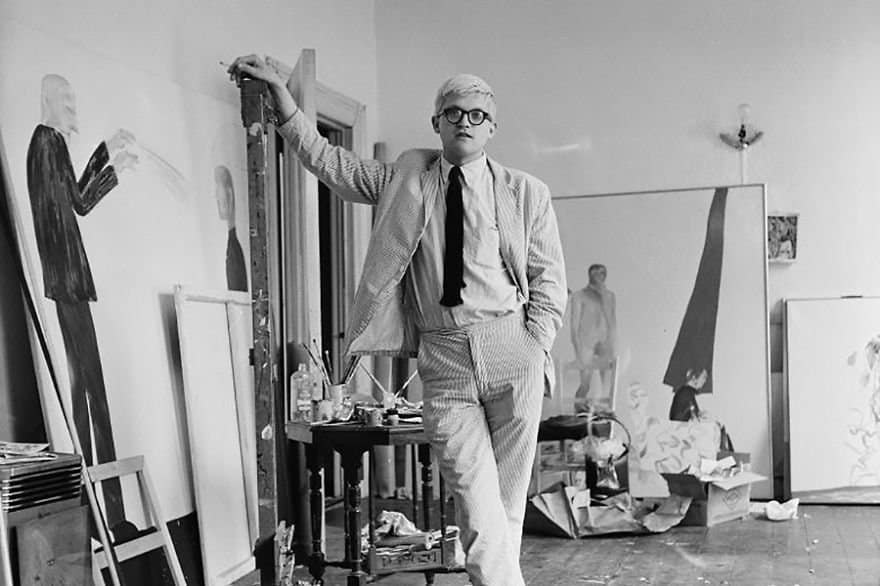 David Hockney was quite the artist. An English painter, draughtsman, printmaker, stage designer, and photographer. Hockney currently lives in East Riding of Yorkshire and London, and has two homes in California. Hockney is considered one of the more important contributors to the pop art movement in the 1960’s, and one of the most influential British artists of the 20th century.