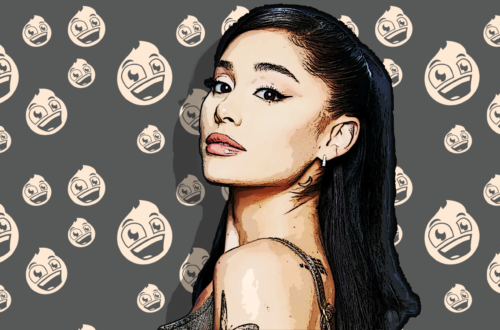 Ariana Grande isn’t just your regular, stunningly pretty American singer, songwriter, and actress. If you are wondering how and why Ariana became the wildly successful young lady she is today? Read on to find out the full story of her rise to stardom and current net worth.

Ariana Grande is one of the world’s biggest pop stars, and in addition to her music career (which generates revenue from album sales, streams, and live performances and tours), she also has a thriving brand: she’s an actress, a coach on The Voice, and her name and likeness appear on everything from her own makeup and fragrance lines to her own clothing lines.

Companies such as Fortnite, Brookstone, Reebok, MAC, Lipsy, Guess, and Givenchy have also worked with her.

Therefore, it comes as no surprise that Ariana Grande has a whopping net worth of $200 million and is now one of the world’s highest-paid and most popular celebrities. Ariana has almost 210 million Instagram followers, over 25 million TikTok followers, a huge 80 million followers on Twitter, and 48 million YouTube subscribers.

According to reports, Grande earns a massive figure of $20 to $25 million as a coach on The Voice.

According to rumors, when Grande performed at the Coachella Valley Music and Arts Festival in California in 2019, she was paid $8 million dollars.

Grande and MAC Cosmetics released a line of lip shades in 2016, to help raise money for the MAC AIDS Fund. Grande released a limited edition handbag with Coach; She also started a range of clothing with Lipsy London, as well as worked with artist Wenqing Yan to create cat ear headphones.

In 2017, she became a brand ambassador for Reebok, and later in 2019, Ariana collaborated with Starbucks and introduced a Cloud Macchiato drink. In the summer of 2019, Grande was also announced as the face of Givenchy’s Fall-Winter 2019 campaign.

Grande has also been featured in advertisements for Macy’s, T-Mobile, and Apple, as well as her own perfumes. Grande collaborated with Luxe Brands on seven perfumes between 2015 and 2019. Since their release in September 2015, her three perfumes, Ari, Moonlight, and Sweet Like Candy by Ariana Grande, have generated over $150 million through sales worldwide.

Who Is Ariana Grande?

Ariana Grande was born on June 26, 1993, grew up in Boca Raton, Florida, and is of Italian descent. Ariana’s parents, mom Joan Grande, the CEO of Hose-McCann Communications, and father, Edward Butera, the owner of a graphic designing business, are now divorced. The elder half-brother of Ariana is an artist and producer.

Ariana started learning voice and acting at Pine Crest school. She worked in Florida with the Little Palm Theatre for Young People and later the Fort Lauderdale Children’s Theater.

Eventually, American actress Ariana was cast in the popular Broadway musical 13, in 2008. In order to act in a performance, she dropped out of high school and started homeschooling.

In 2009, she was hired as Sam Cat Valentine in the Nickelodeon Television series comedy Victorious. She also performed the voice of Princess Diaspro for the Winx Club and starred in episodes of iCarly.

On August 30, 2013, Ariana Grande’s debut album, Yours Truly—originally titled Daydreamin’—was published. The album, which included Big Sean and Mac Miller, momentarily topped the Billboard Top 200 list in the United States. It was allegedly sold between 100,000 and 120,000 copies in its first week and quickly rose to the top of the iTunes charts in over 30 countries.

In August 2014, she released her second studio album, My Everything. She has sold over two million records globally with her first two albums. Grande’s third solo album, Dangerous Woman, was released in May 2016.

Ariana has also traveled all over the globe. The Dangerous Woman tour made $71 million, according to Billboard. (Those are gross revenues, not profits, but it was still enough to rank as one of the world’s highest-grossing tours done in 2017.)

Within six months of each other, she had two number one albums in 2019: Sweetener and Thank you, Next. In April 2019, Grande became the youngest and only female artist to headline the Coachella Valley Music and Arts Festival.

What’s Next For Ariana Grande

The singer and cosmetics business owner, who is 29 years old, said she is putting music on hold so she can focus on playing Glinda in John M. Chu’s movie version of the Broadway musical Wicked.

Grande also revealed she hasn’t begun work on a new album yet as she wasn’t ready to start writing new music following the October 2020 release of her sixth album, Billboard 200 chart-topper Positions.

What is Ariana Grande Net Worth?

How much money does Ariana Grande earn?

How tall is Ariana Grande?

How old is Ariana Grande?

When is Ariana Grande birthday?