Celebrities would not be famous if it weren’t for the fans out there supporting them by buying their music or going to see their movies. Because of that, they like to show their love for all that support and offer meet and greets with some of their fans. Most of the time, the fans pay good money for these meet and greets and the celebrities roll with the punches and demands of the fans, as seen in these photos. Check out some of the most awkward celebrity meet and greet photos out there! 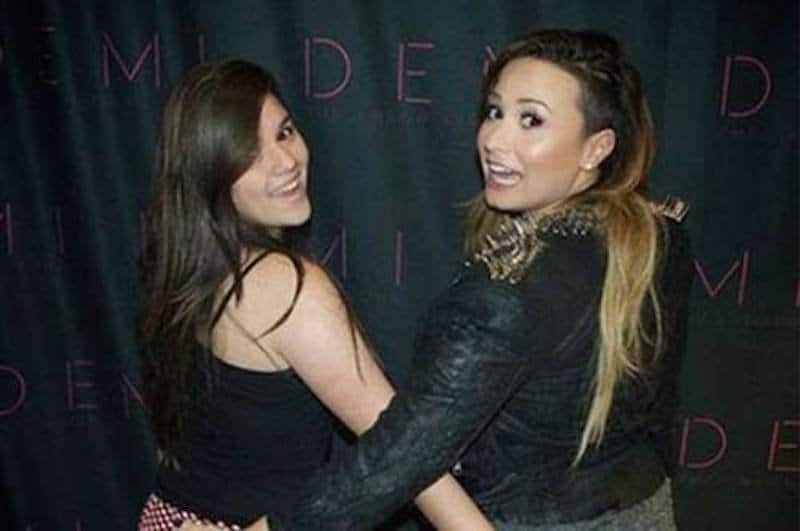 You have to give props to Demi for agreeing to take this photo, but it definitely looks like she is not enjoying it. Why would this girl want a photo like that? 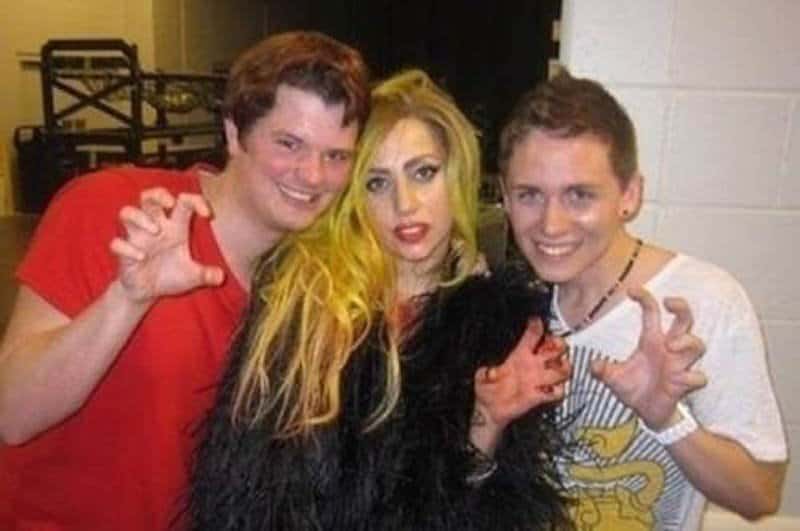 Lady Gaga loves her fans, so maybe she was having a rough night. She definitely doesn’t seem thrilled with these two Little Monsters! 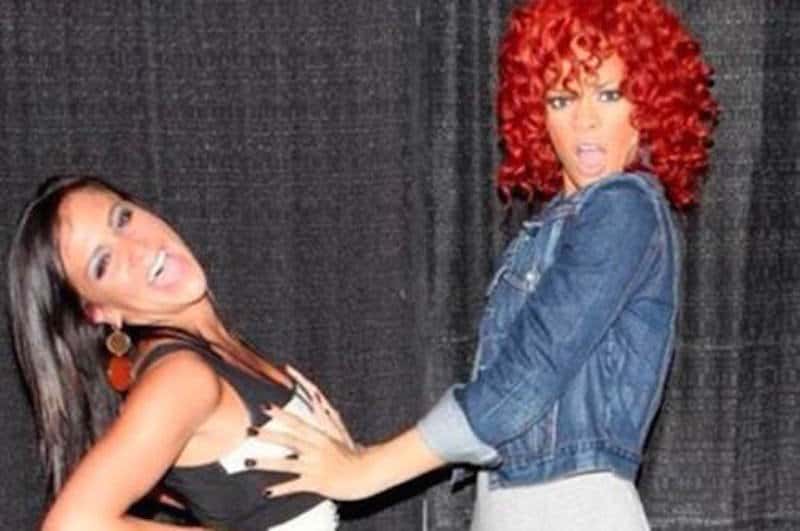 We love everything about Rihanna, so this photo may look awkward, but we love it! Not many random girls out there can say Rihanna grabbed their boobs, so way to go girl. 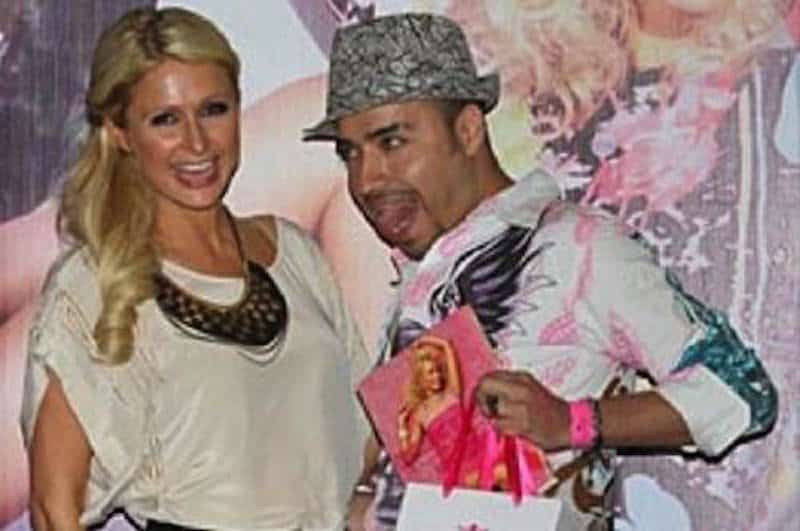 We are not sure why anyone would be that excited to meet Paris Hilton, but this guy brought his doll with him and couldn’t keep his tongue in his mouth! Paris looks like she just wants the photo done and him out of her personal space. 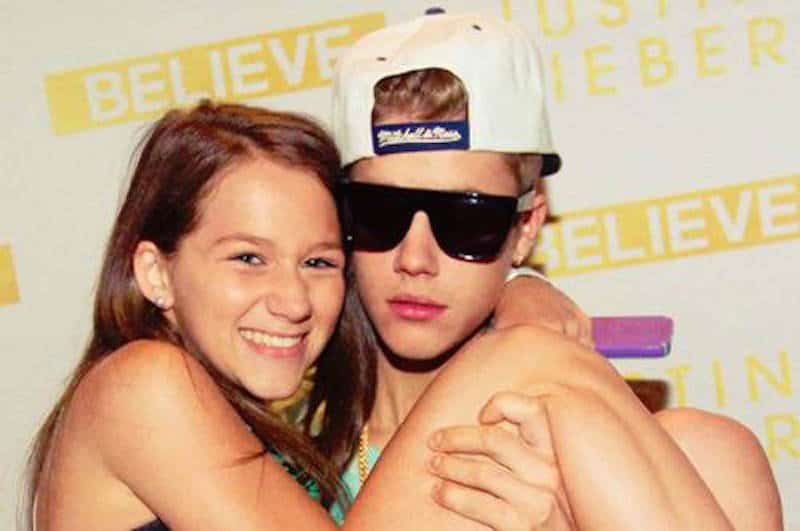 We all know that the girls just love Justin Bieber. His Beliebers’ parents pay good money for their daughters to meet him, so he could be a little more thrilled to be there. 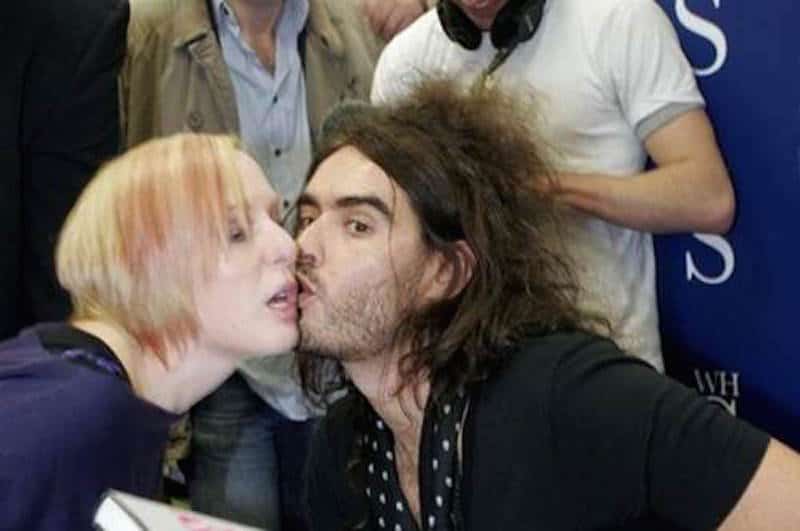 Russell Brand is a funny man and he holds nothing back with what he says or what he does. This lady seemed to be going in for a kiss, but it just got awkward and made for a great photo. 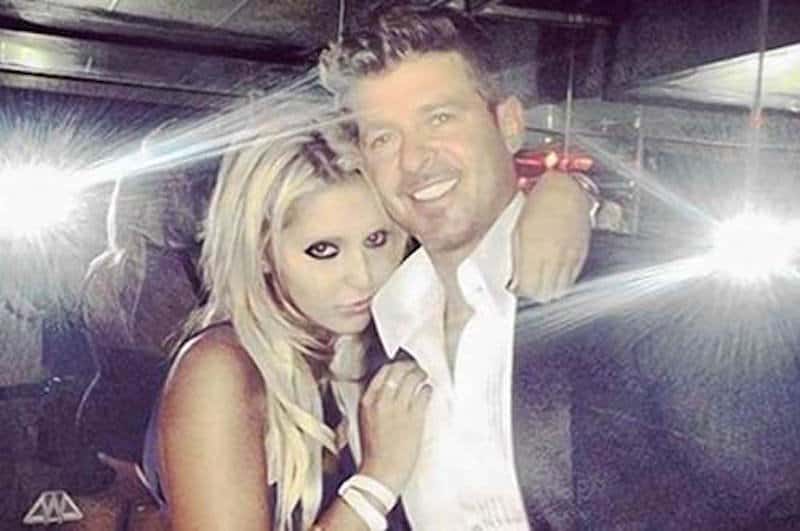 Well, this could be the reason why Robin Thicke’s marriage ended! That is one close meet and greet, but he is so good-looking, we don’t blame the girl. 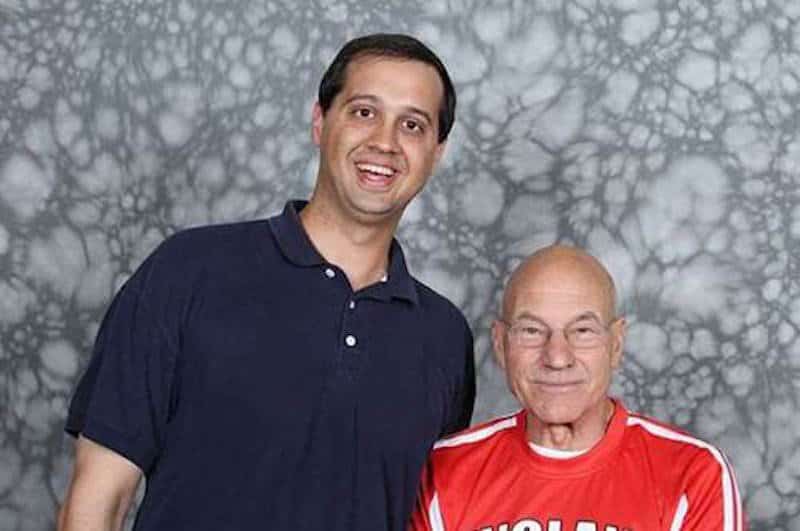 Besides the awkward height difference, Sir Patrick Stewart looks like he is ready to go home! The fan is beyond excited to be there, but Stewart looks less than thrilled. 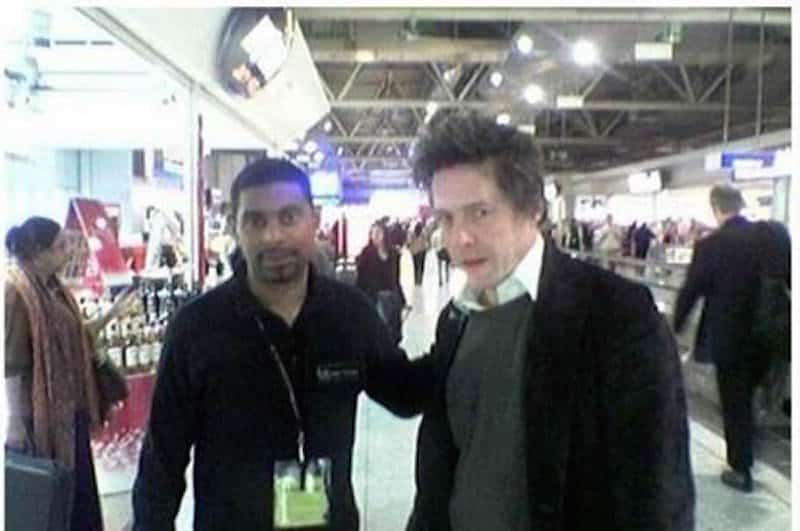 This photo is our favorite. It looks like Hugh Grant went out to do some shopping while drunk and he definitely did not want this photo taken. The death eyes make us giggle! 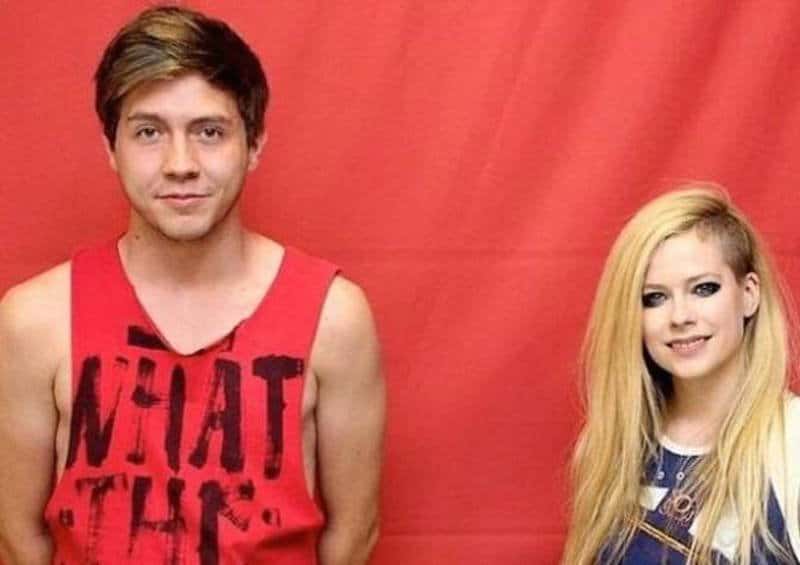 Avril Lavigne’s fans paid big money to meet her, but they must have agreed to stay a certain number of feet away from her. They couldn’t get a little closer for the photo opp? 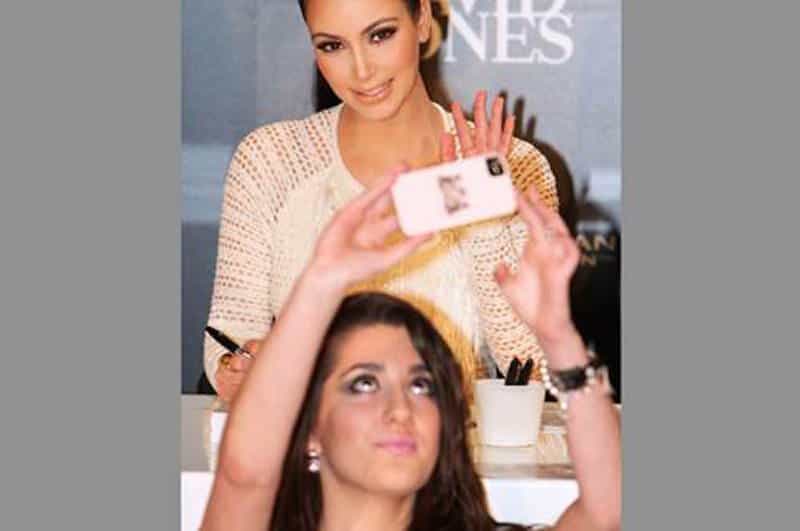 Kim Kardashian is the queen of selfies, so maybe she is upset someone is trying to steal her thunder. However, that fake smile is horrendous! She could try to be a little happier, especially since she has no real talent but has fans wanting to meet her. 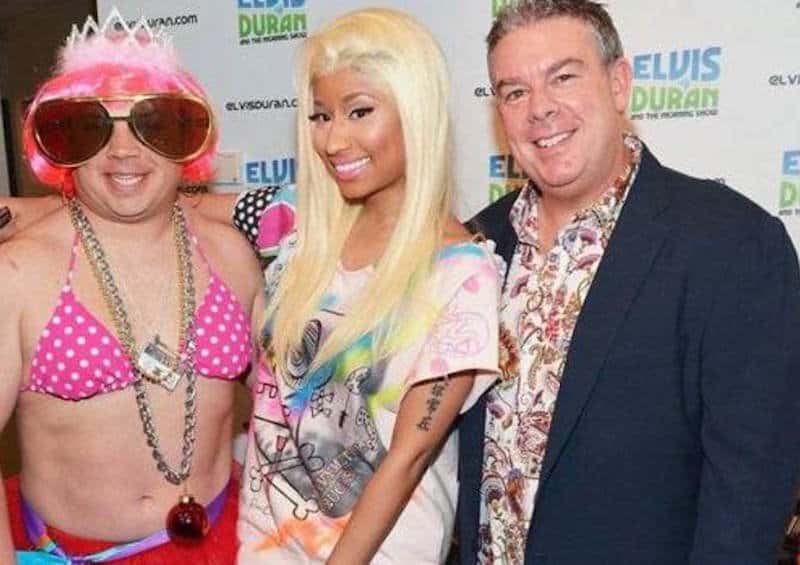 Well, this guy was looking for a chance to be photographed with Nicki Minaj and he definitely got it. That outfit is so awkward, but we don’t think Nicki is impressed by it. 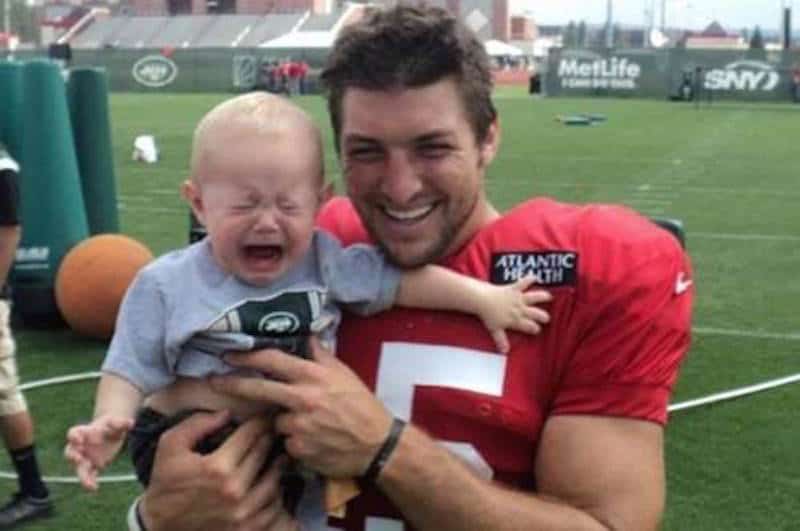 Tim Tebow had his moment in the spotlight, but this little baby was not impressed. They were thinking it would make for a great photo opp for him, but someone had other plans. 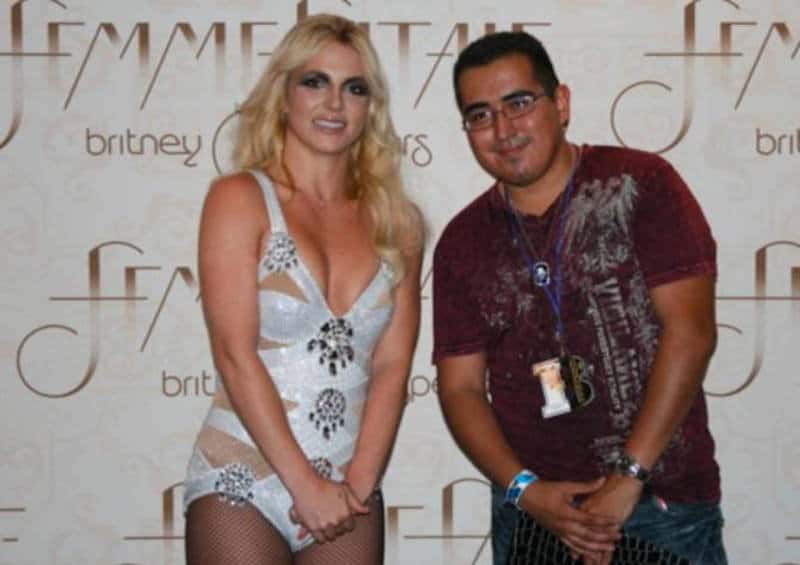 Another pop star that doesn’t want you to get too close to her. They both look awkward, but then Britney looks like she is pushing her boobs together. Why? 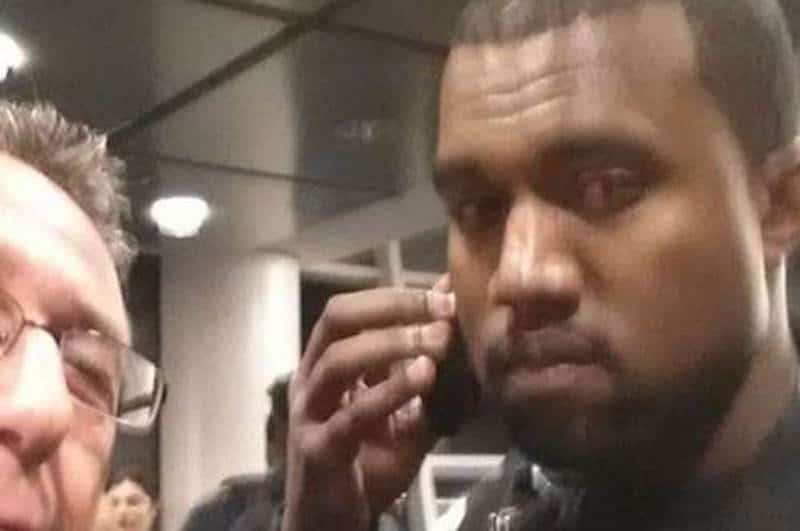 We wouldn’t call this a meet and greet, but more of a meet and quickly take a photo of Kanye before he goes off on you! He is not happy and we want to know what he said once the photo was taken. 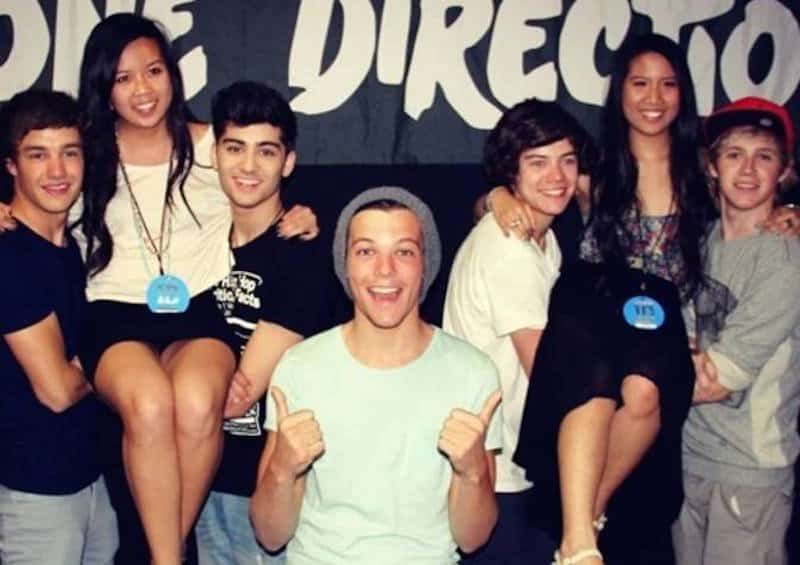 Maybe there is a theme to this photo, but we don’t see it. The boys were nice to hold these girls in the air for the picture, but they don’t look too happy to be doing it. 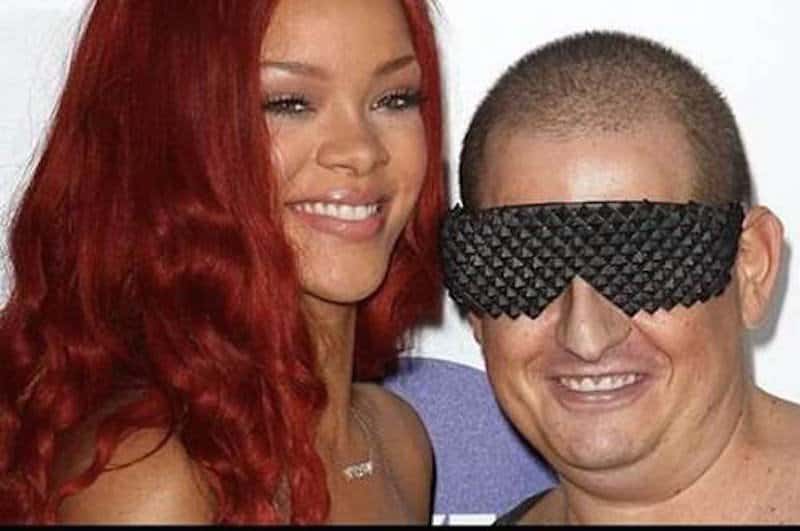 If you are going to pay money for a meet and greet, we suggest not wearing sunglasses that cover your whole face for the photo. Rihanna has a look on her face like what the heck is this guy wearing right now! 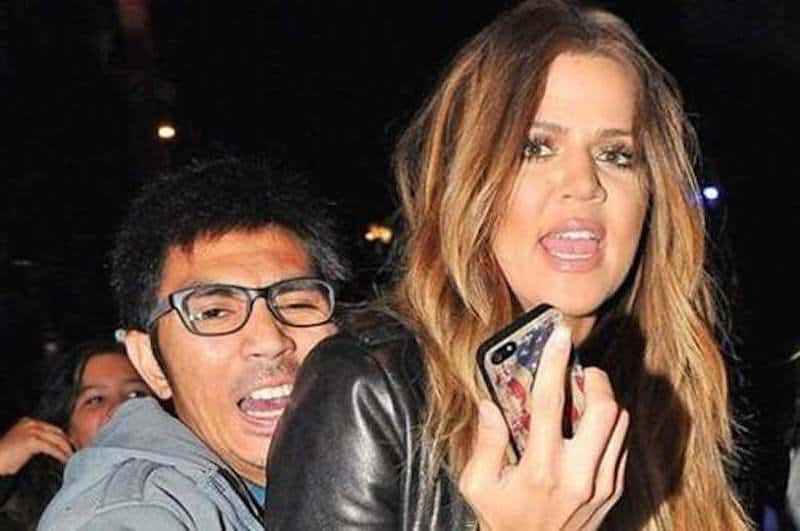 We don’t think this meet and greet went on for very long, as some fans of Khloe tried to bombard her for a photo, and she is not a happy camper! The guy looks like he was caught in mid-run and just kept on running out of there to not get caught. 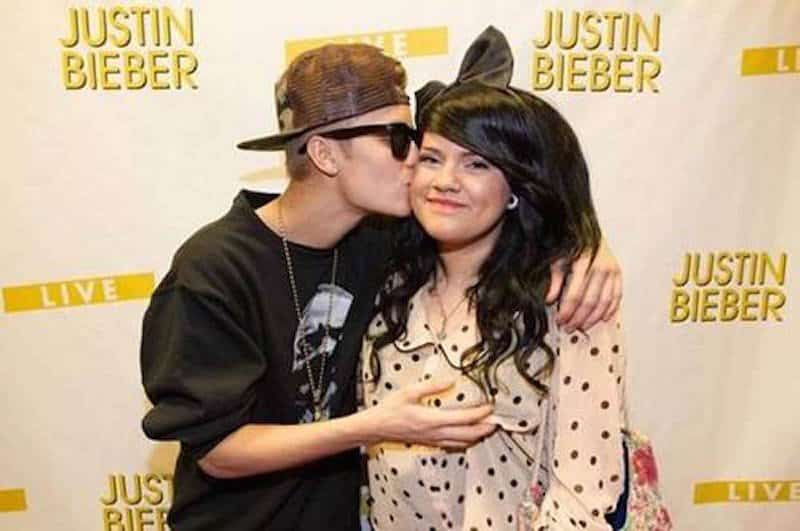 While Justin Bieber didn’t look thrilled to be holding that girl earlier, he is a little too excited to meet this fan! Did she ask for him to grab her boob for the photo? She doesn’t seem to mind! 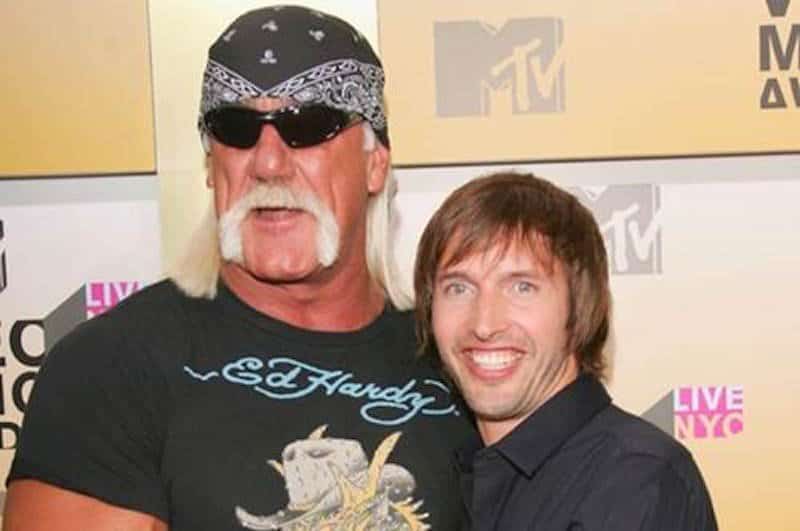 Even other celebrities have weird meet and greets with each other! James Blunt is overly excited to meet Hulk Hogan, who is just wanting the picture to be taken so he can go back to wrestling.