Wardrobe malfunctions may happen to you occasionally; every now and then a boob falls out of your blouse, or maybe you forgot to re-button your pants after leaving the restroom. Sometimes we are the only ones privy to these embarrassing moments and when we think back, we can even laugh at ourselves.

But, unfortunately sometimes these cringe-worthy mishaps happen in the presence of friends, family members, and even worse — strangers. They often find humor in it even when you don’t and when these things are captured on video or in photos and posted online for the world to see, it’s hard to live these moments down. But don’t worry — you’re not alone; here are 20 Embarrassing And Hilarious Sport Wardrobe Malfunctions. 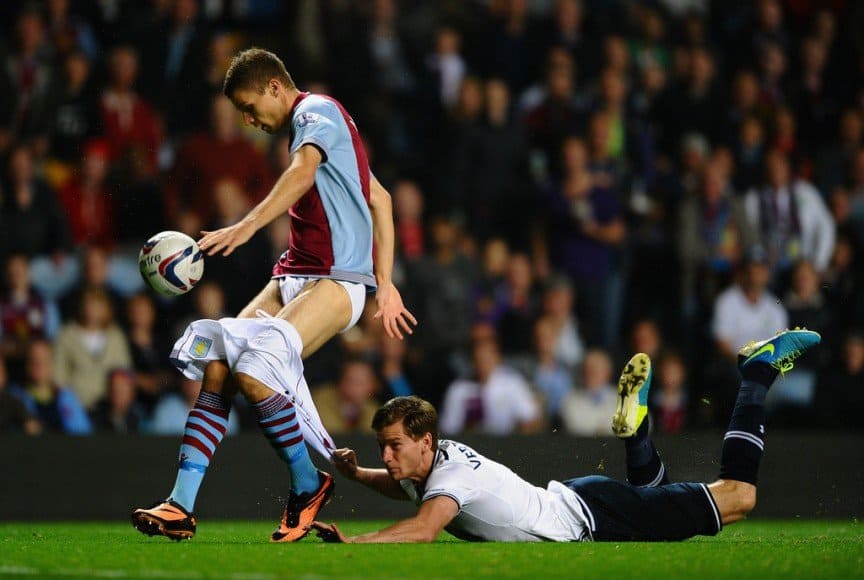 At a 2013 soccer match, Nick Helenius tried to score a goal, but an opposing team member just wasn’t having it….and so this happened! 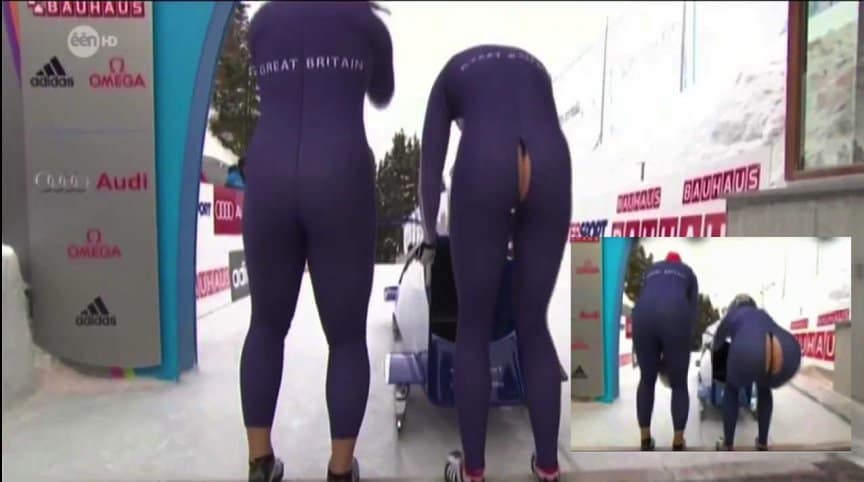 Maybe Gillian Cooke packed on a few extra pounds before the 2010 world championships in Switzerland, but when she bent over to begin the race, viewers got a lot more than they bargained for. 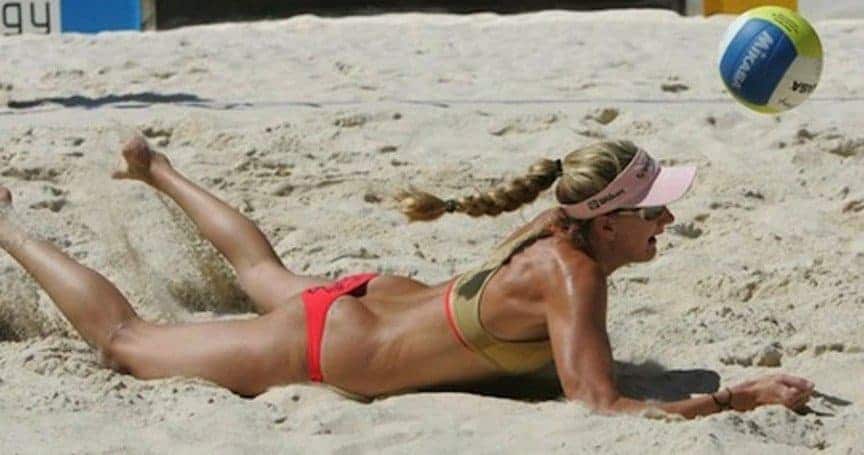 If you’ve ever watched a volleyball tournament you know just how tiny the outfits are. So when this wardrobe malfunction happened to Kerry Walsh, we don’t think anyone was too surprised. 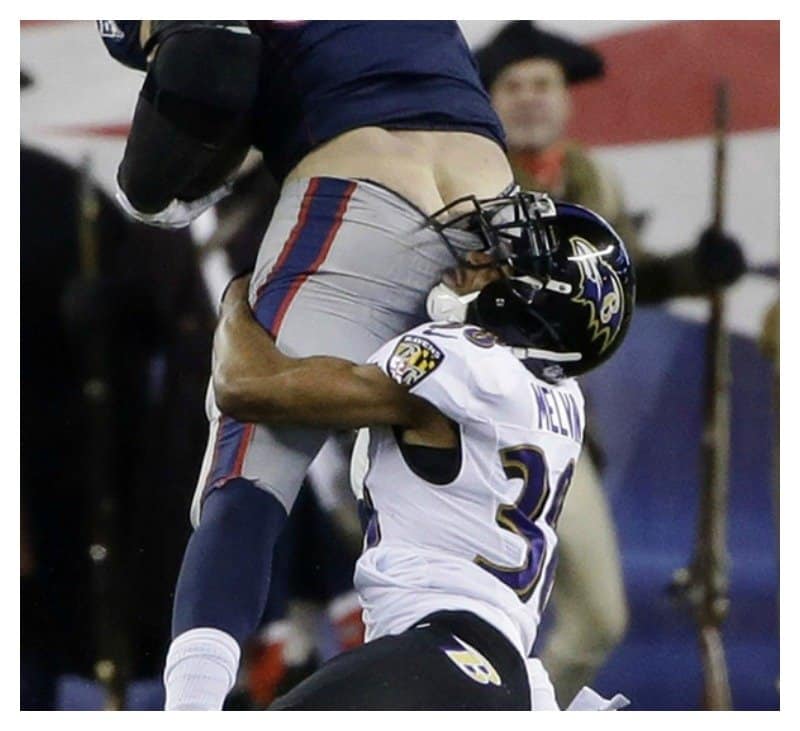 We don’t know which is more embarrassing; the player with his pants down or the player who had to see it up close and personal…Yikes. 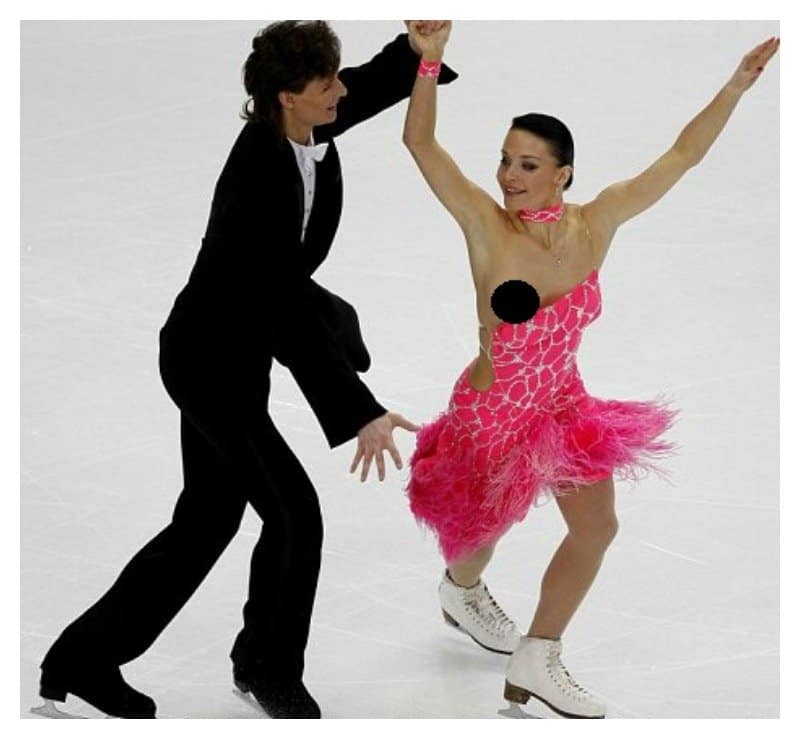 Ekaterina Rubleva, a former ice skater from Russia had an unfortunate nip-slip during the European Figure Skating Championships. However the incident did put her name on the map, and we’re still talking about it, so…. 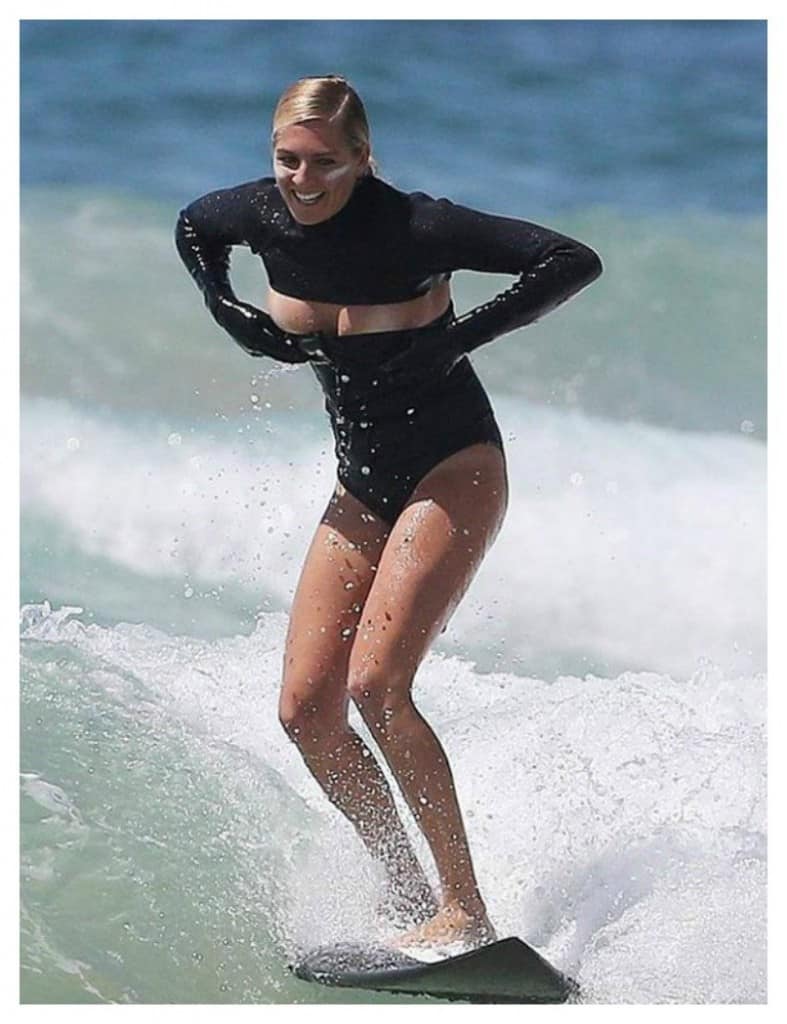 While showing off her surfing skills for the camera, five-time world surfing champion Steph Gilmore showed off a little more than intended. Her black one piece totally gave out…oops! 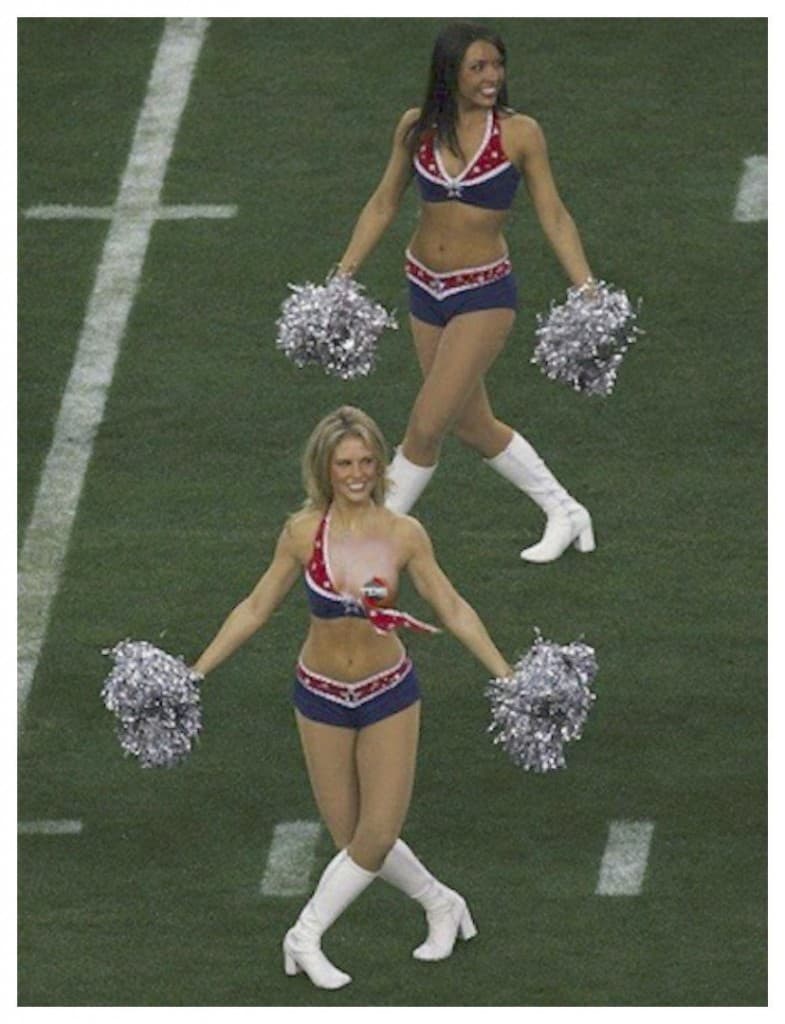 It seems like this cheerleader’s left boob really wanted to be in the limelight…so it came out and she’s either totally happy about it; or completely oblivious, based on that huge smile. 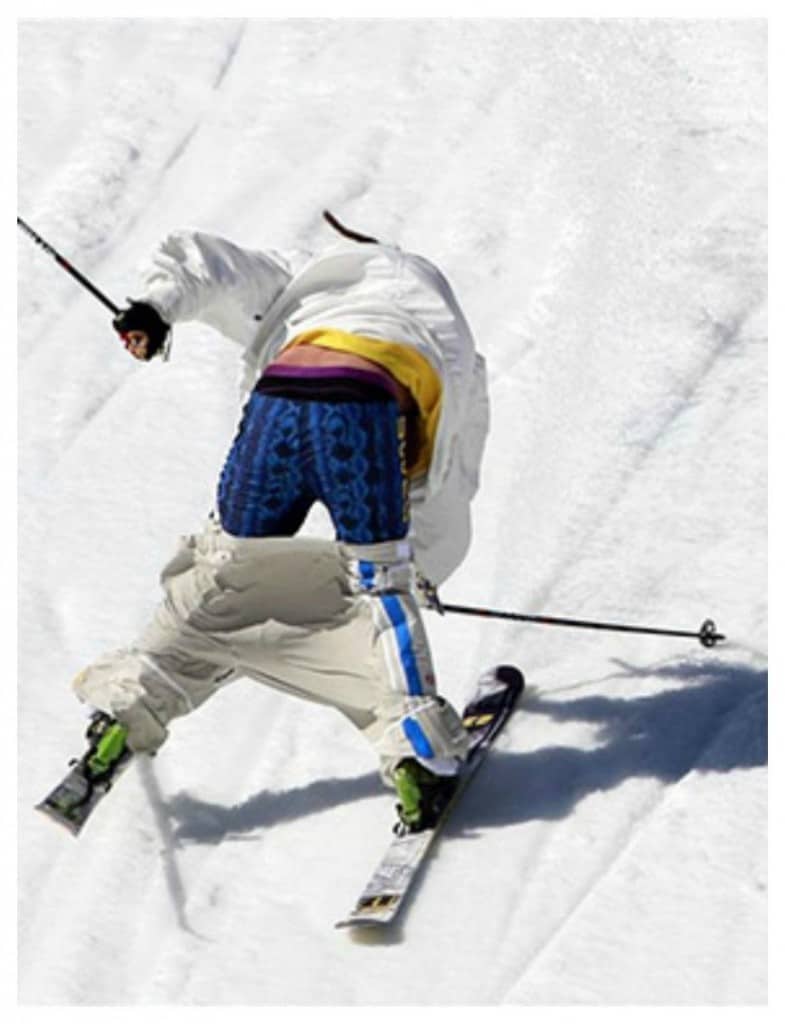 At least he was wearing pants underneath his ski outfit — it’s embarrassing but it could have been worse. 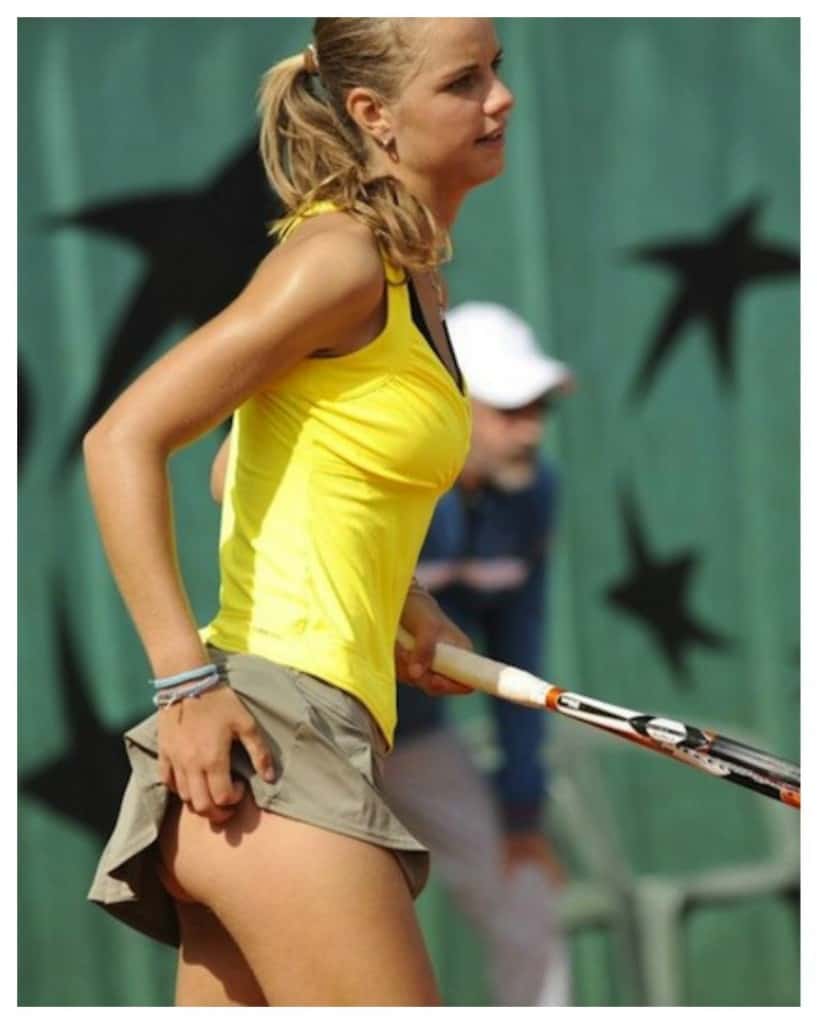 Tennis player Arantxa Rus doesn’t seem the least bit concerned that she’s totally exposing her derriere…but hey, if you have it, flaunt it! 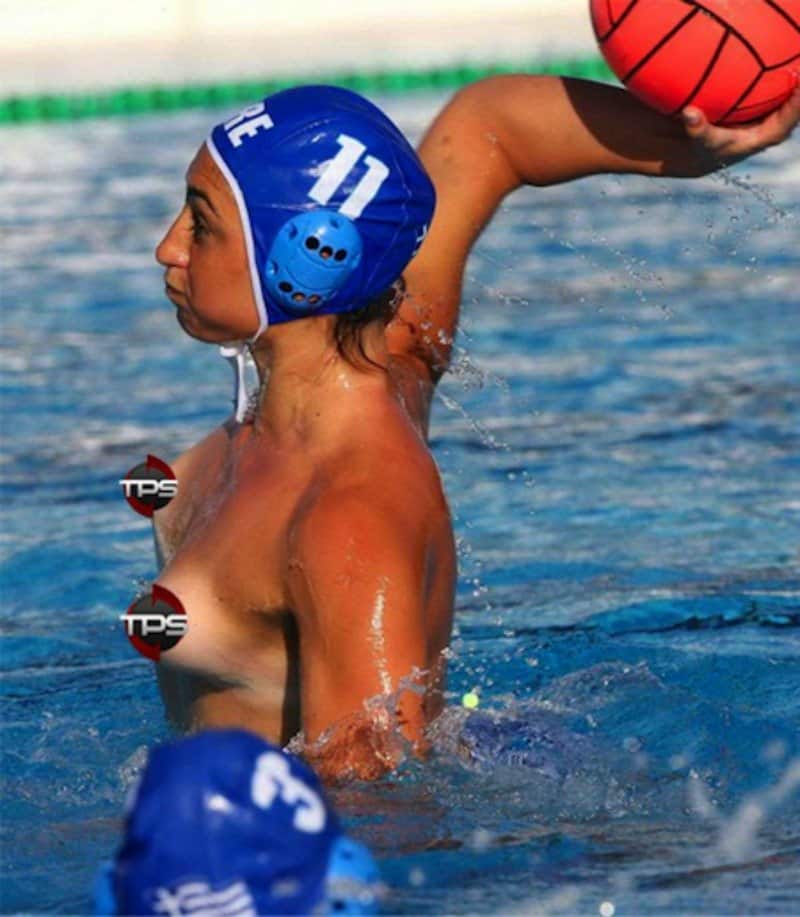 Either this is a strange game of naked water polo, or this player just had a major wardrobe malfunction, and we do mean major! 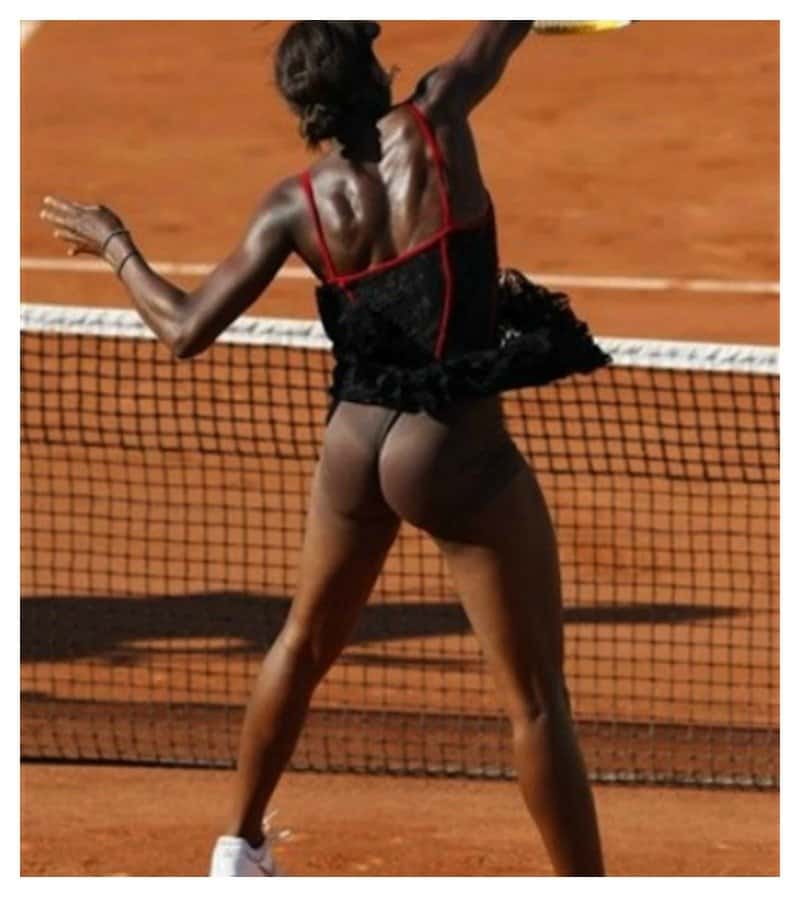 From a distance it seems as if tennis star Venus Williams is having a X-rate moment on the court. Although closer inspection reveals that she is actually wearing nude colored undies; we still call this a wardrobe malfunction and a no-no for the tennis court. 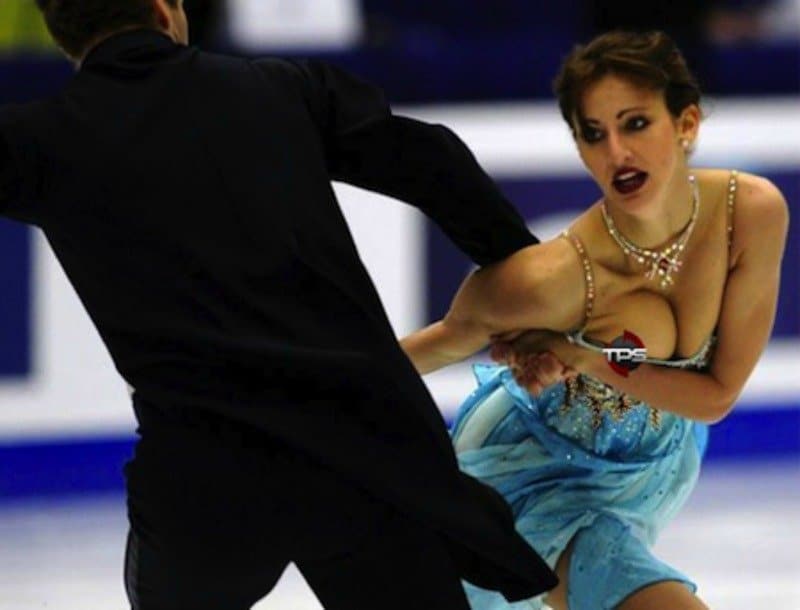 This figure skater saw this nip-slip coming a mile away, and she tried to prevent it but she was a little too late. 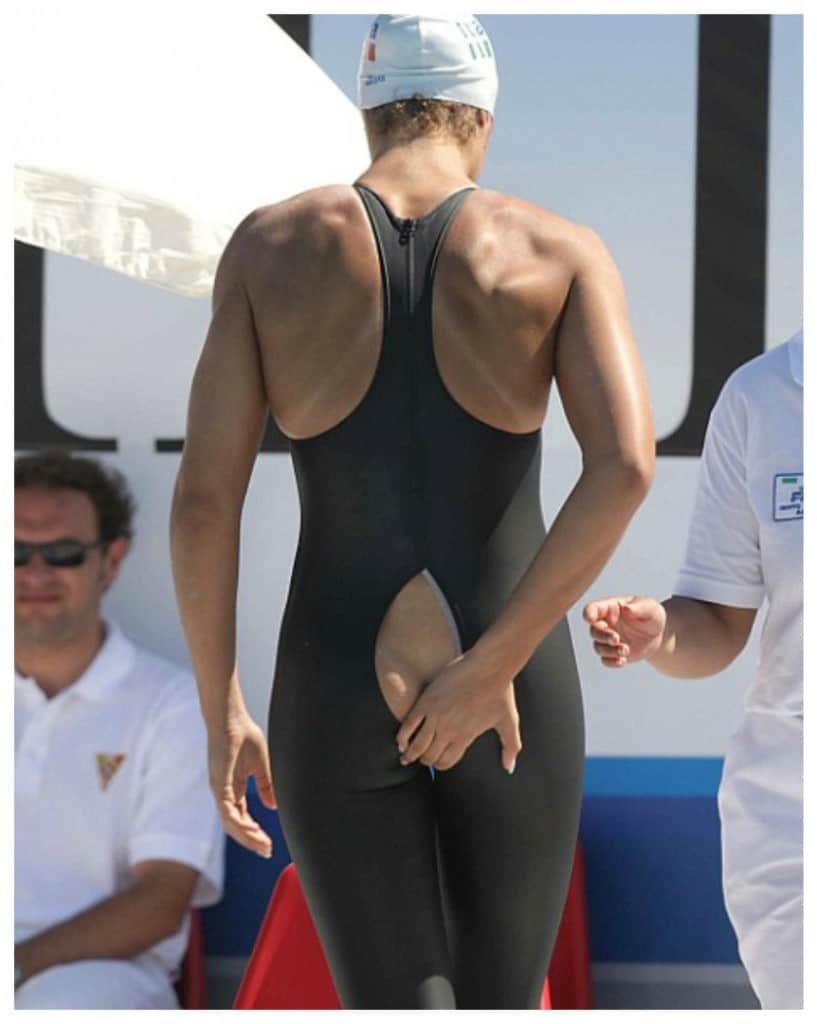 Italian swimmer Flavia Zoccari may be able to laugh about this now, but it probably took some time before she found humor in the situation. Sadly, this wardrobe malfunction got her disqualified from the competition she was scheduled to participate in. Ooops! 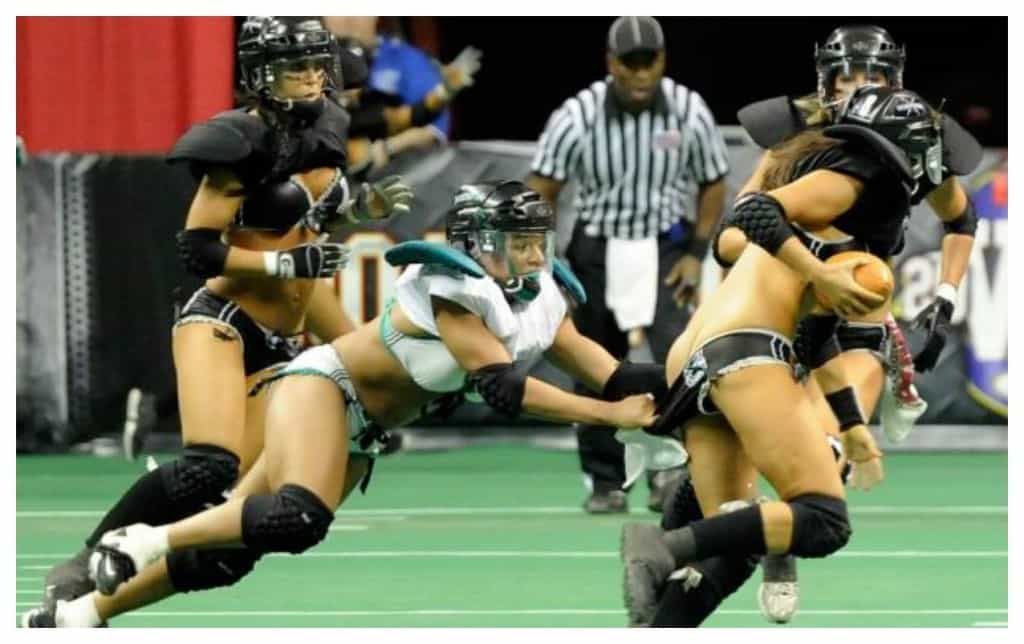 Is it really an embarrassing wardrobe malfunction if the women are playing football in lingerie? 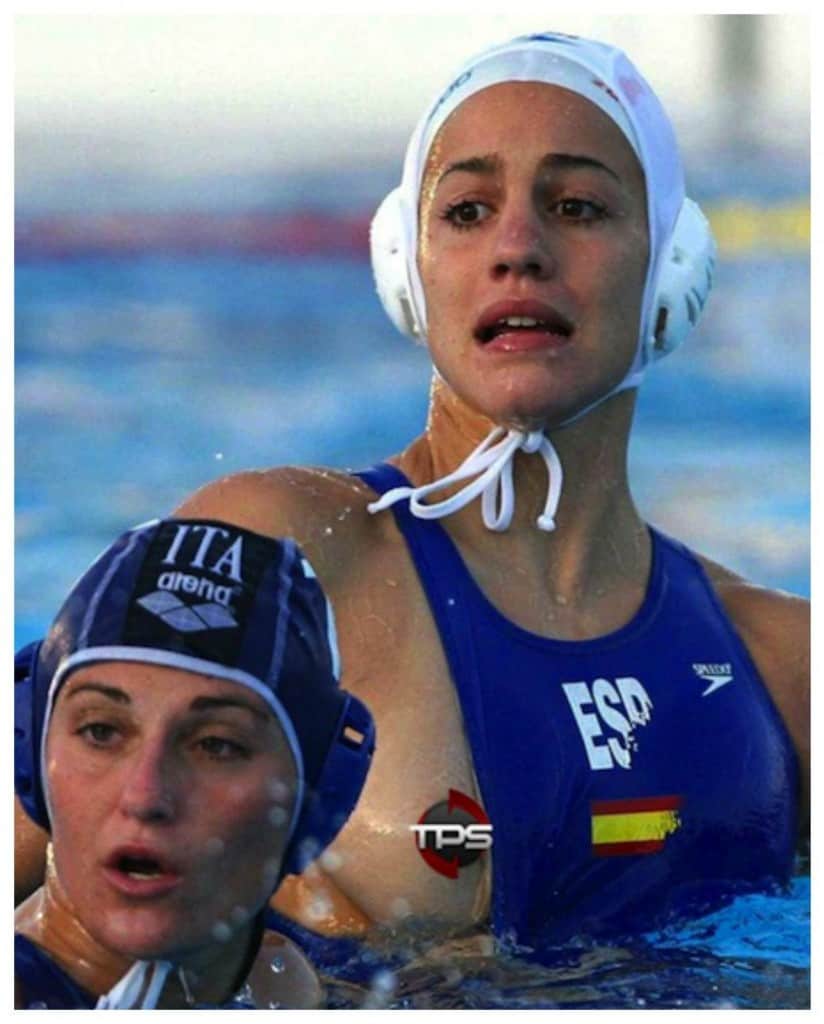 Another day, another water polo participant having a nip-slip! 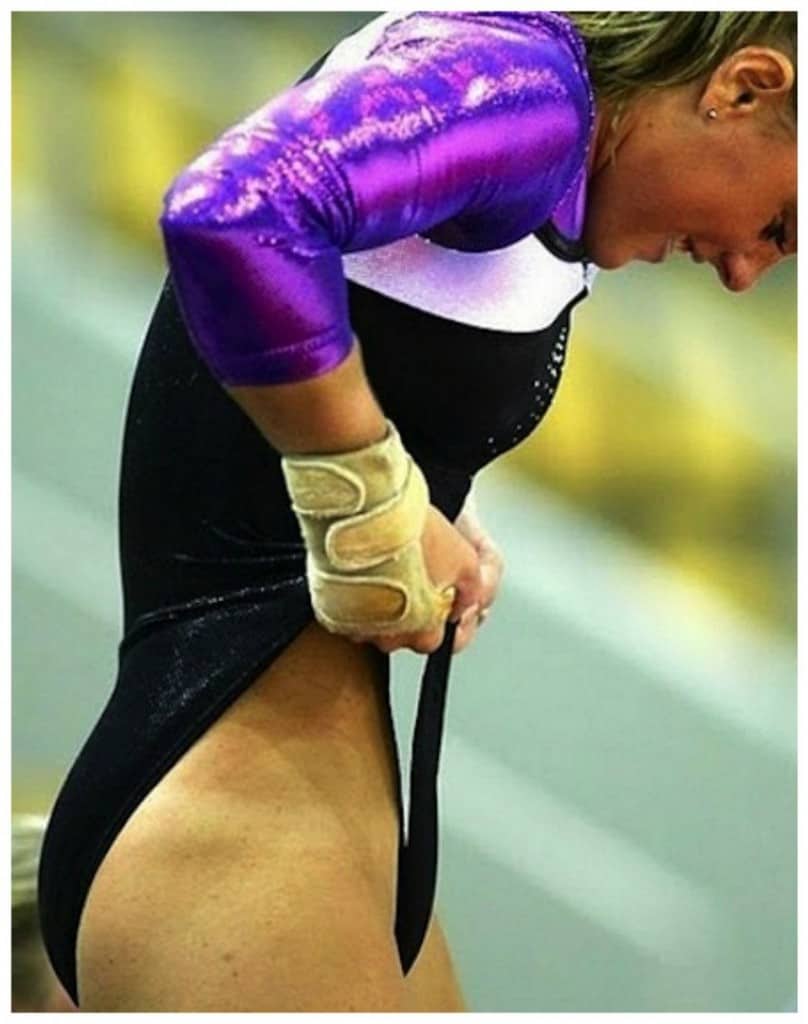 We’re guessing that this gymnast is simply adjusting her uniform, but we’re also guessing that she didn’t quite mean for us to see all that. 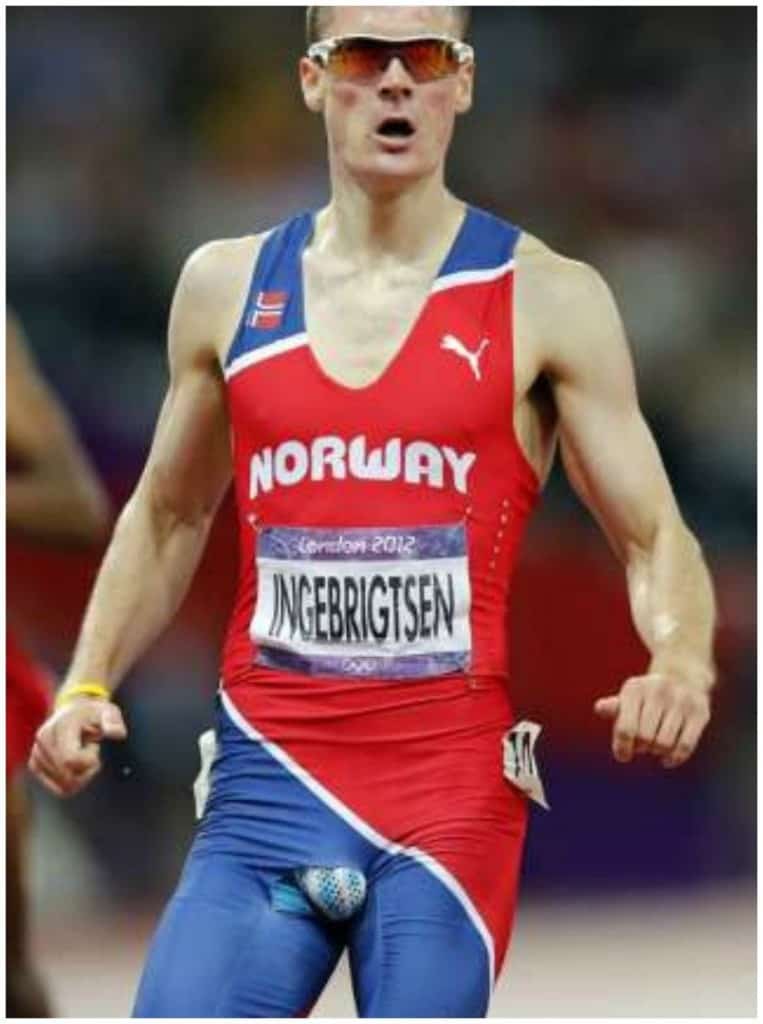 This runner seems quite oblivious to the fact that he’s literally bursting out of his uniform. 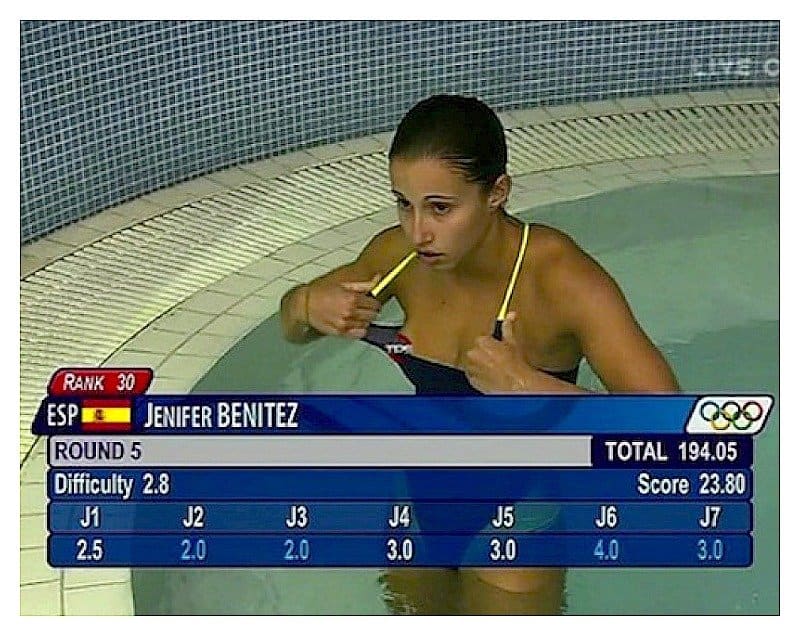 Olympic diver Jenifer Benitez was simply adjusting her swimsuit during the 2012 London Summer Olympics, but her timing was off as cameras caught a glimpse of her breast and it was aired for the world to see. 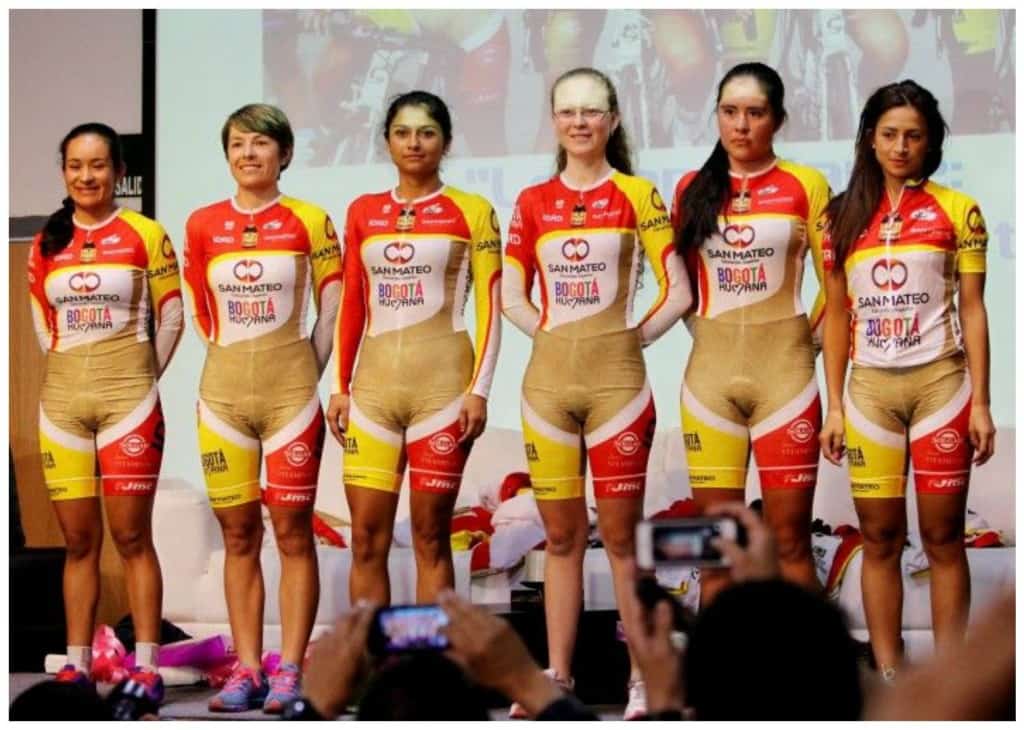 We’re not sure who made these uniforms, but we get the feeling they didn’t really think it through…This is definitely a different type of wardrobe malfunction but it still qualifies as one. 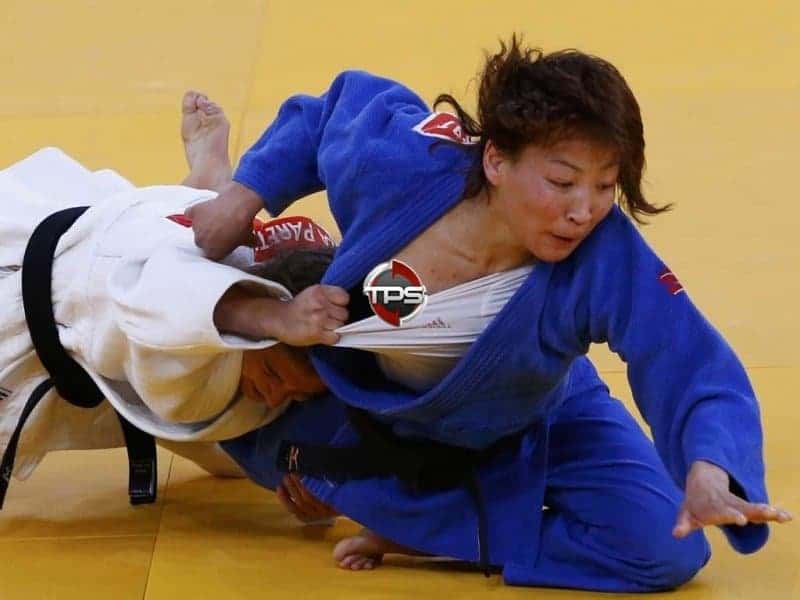 In case you’ve never been to a women’s judo competition, this is just an example of what can happen. No one is excluded from wardrobe malfunctions — no one.