13 Of The Most Regrettable Tattoos Ever

Tattooing is something that goes back across the ages. No longer something that’s associated with criminals and/or rock stars, tattoos are a big part of our culture, even if there are some people who disapprove of them entirely. Sure there are employers who are reluctant to hire those who have visible ink, but there are some designs which are simple breathtaking, simply gorgeous and even creative.

These ones, however, are not those. These are the ones we’ve gathered from around the digital globe that put the very art of tattooing to shame. So roll up your sleeve and be prepared to cringe at the poor person who has to live with these images etched onto their bodies. 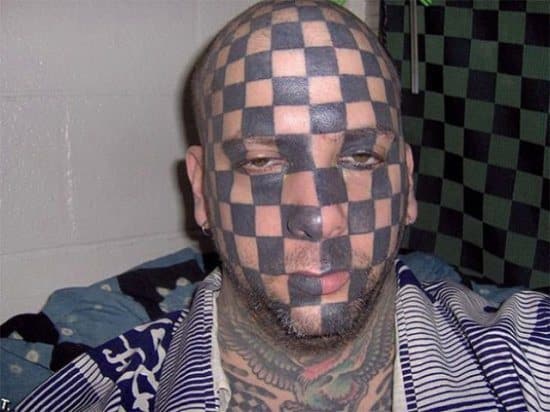 You have to wonder about the thought process that went behind choosing this design. Notice how it matches the background. 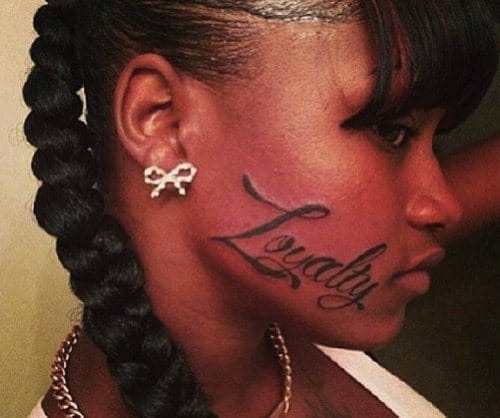 One has to wonder, “who is she being loyal to?” 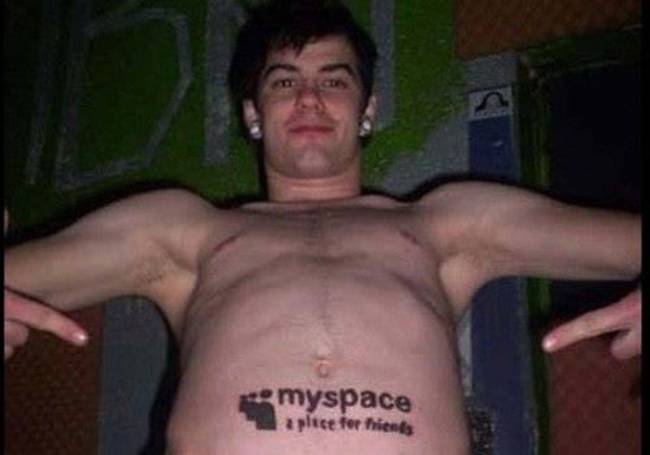 Remember Myspace? Many of you might not within the next few years. This guy, however, is destined to remember it for the rest of his life. 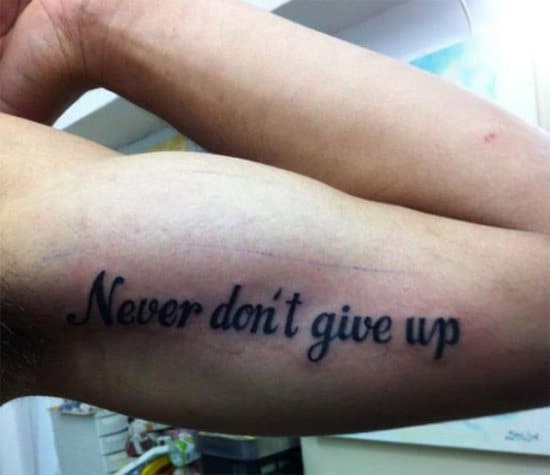 If you’re familiar with semantics and how language works, you’ll be able to see that what this actually says is, “Always give up.” Not very motivational is it? 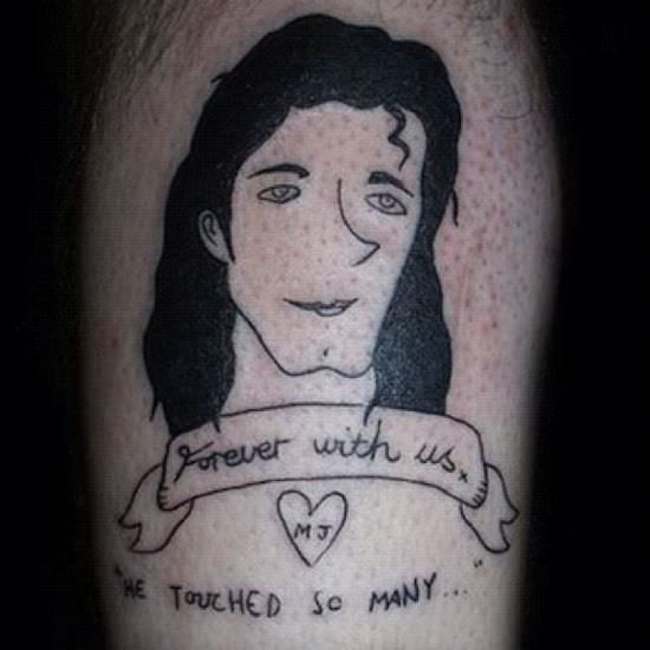 No, we’re not sure if this was meant as a joke or a lost bet either. 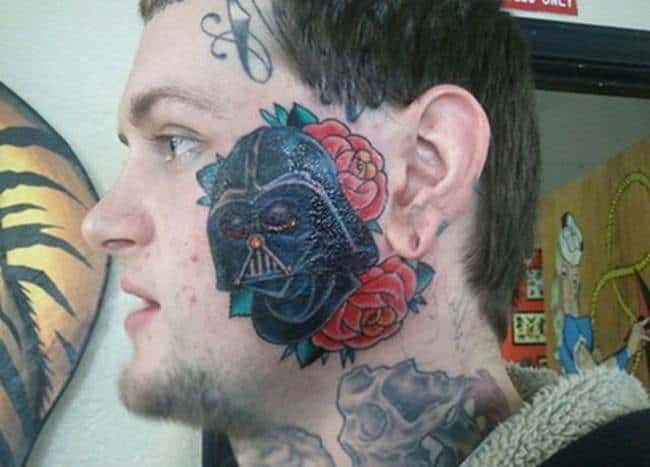 You’re probably thinking the same as us: the tattoo itself is actually quite good, but…why have it there??

The Past Is The Future… 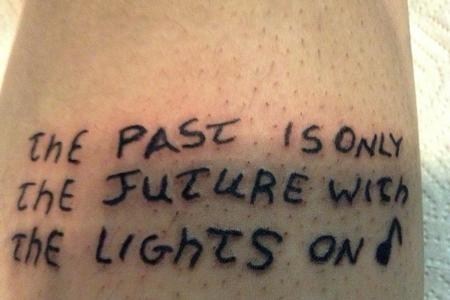 We read this over several times and it still doesn’t make sense to us. Also, that font is pretty terrible.

Face On A Face 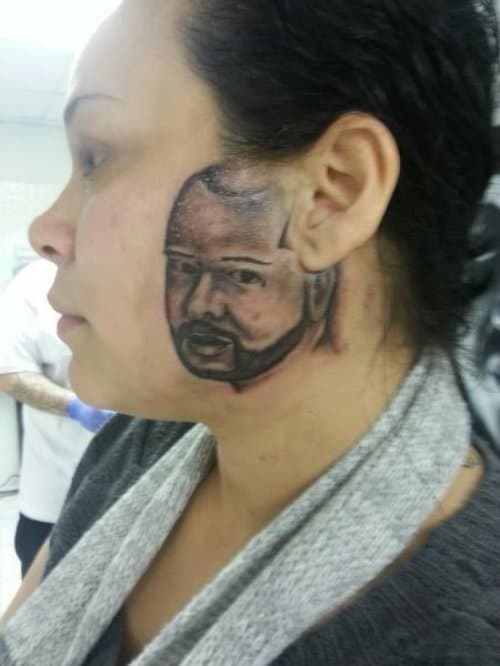 It’s hard to say who that’s supposed to be a tattoo of, but again there are surely better places to have it done. 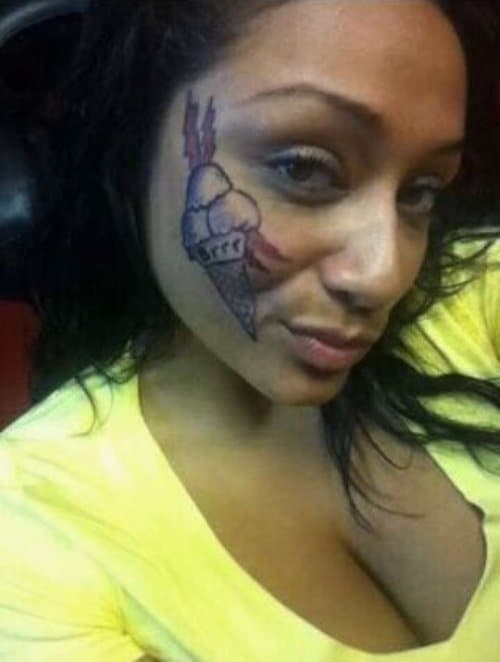 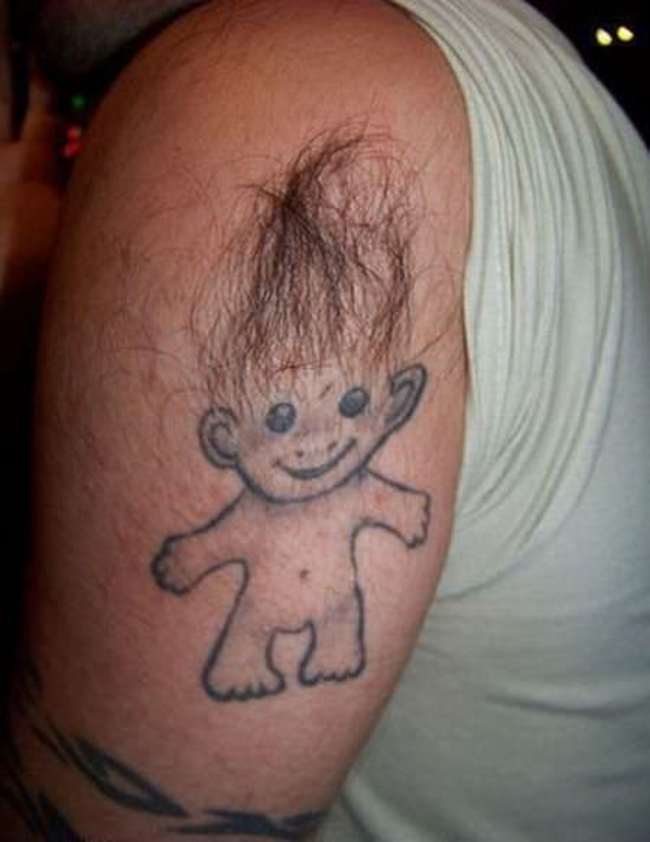 Clever, but at the same time…kind of gross. 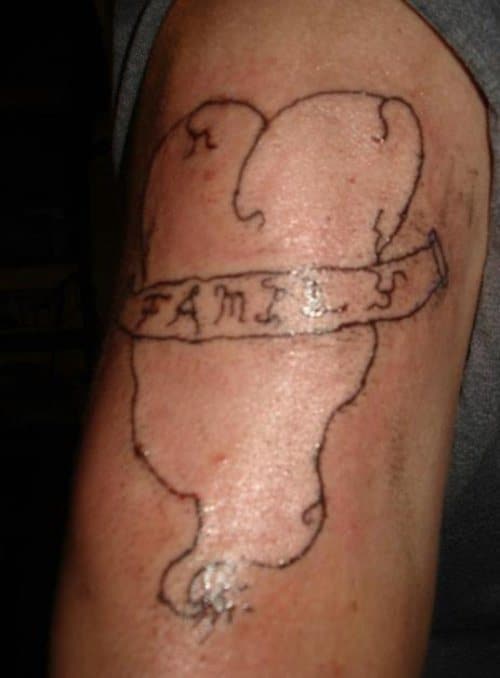 Think only this when you gaze upon this image: someone paid money to have that done. 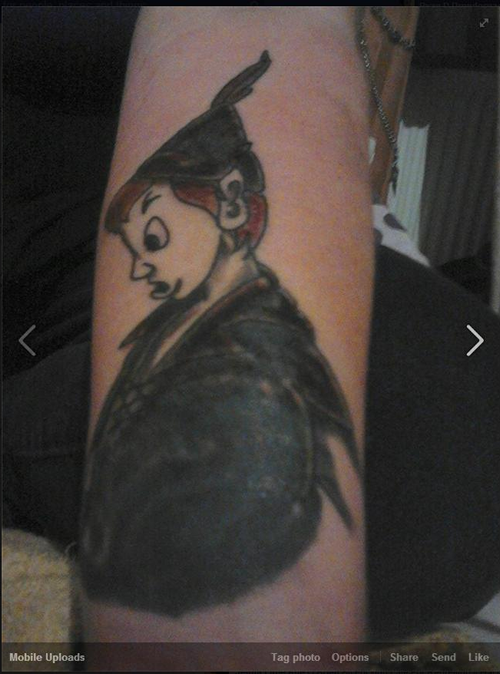 Even the tattoo itself is shocked at how bad this one is. 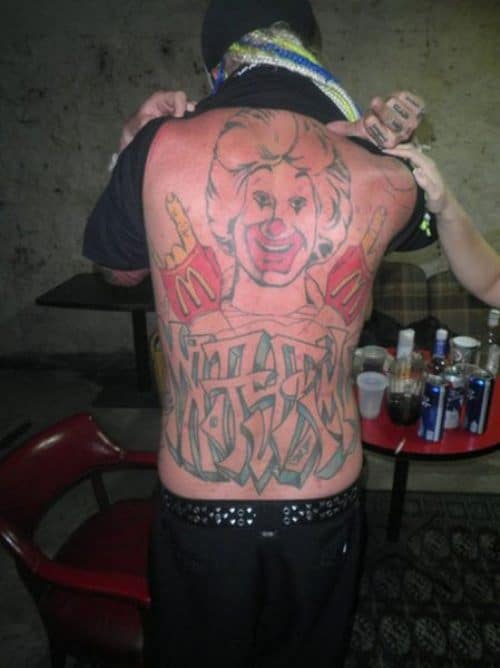 No matter how hard you try, you simply cannot make McDonalds ‘street’.