Statistically speaking, flying is still the safest way to travel. In fact, the National Center for Health Statistics estimates the average person’s odds of dying in a plane crash at 1 in 20,000. Compare that to the odds of being struck by lightning (1 in 3,000) or dying in a car accident (1 in 100). Commercial airplanes are highly regulated in most countries, and must pass extensive testing before being approved for flight. Advancements in technology have outfitted modern planes with highly effective safety features that prevent catastrophic failures mid-flight. But no matter how fit the vessel, or how advanced the technology, there is one element that is impossible to control: the human element. People, even highly trained professionals, will make mistakes. Though major pilot error happens rarely, the results can be truly devastating. 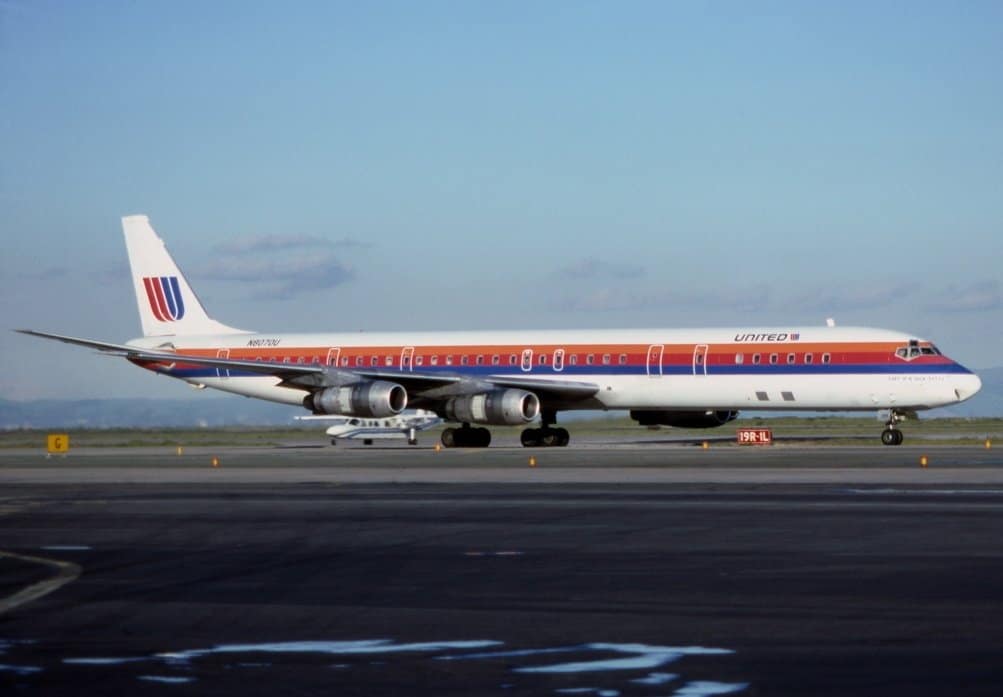 Suspecting a fault in the landing gear, the pilot of United 173 decided to abort landing and assess the situation. Though this was a prudent move, it proved costly. The crew became so absorbed with the suspected problem that they failed to properly monitor fuel levels. The plane ran out of fuel and went down in a suburban Portland neighborhood, killing two crew members and eight passengers. 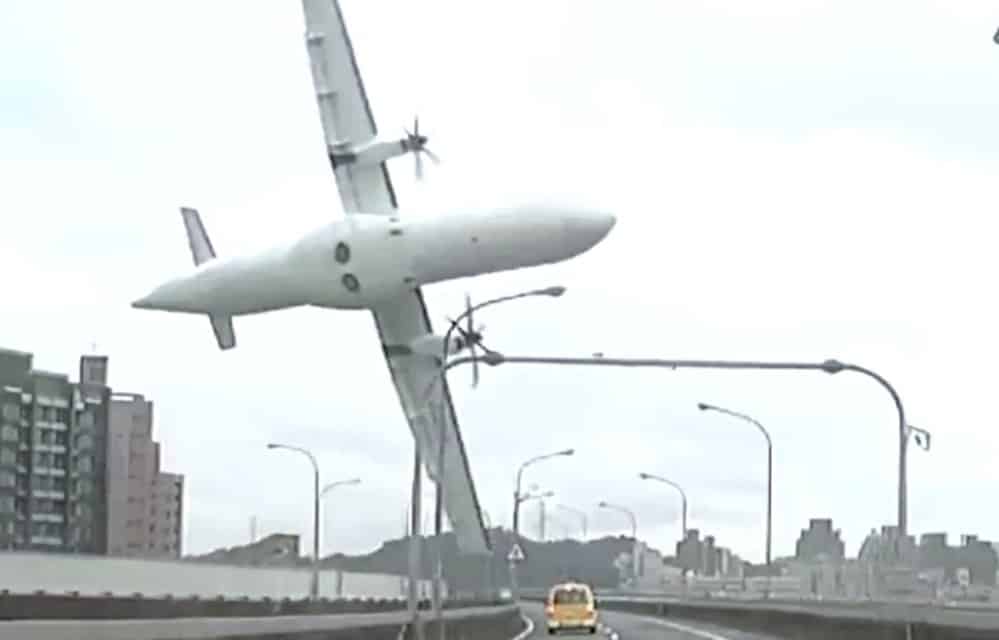 Two minutes after takeoff, one of TransAsia 235’s engines suffered a type of failure known as a flameout. Ordinarily this would not lead to a crash, as modern airplanes are designed to run on one engine if necessary. Unfortunately, the pilot mistook the functioning engine for the malfunctioning one and shut it off. This left the plane powerless as the crew desperately scrambled to restart the engine and avoid the heavily populated cityscape below. One of the wings clipped a bridge and the plane crashed into a nearby river. Dashcam footage reveals just how close it came to wiping out the bridge out entirely. 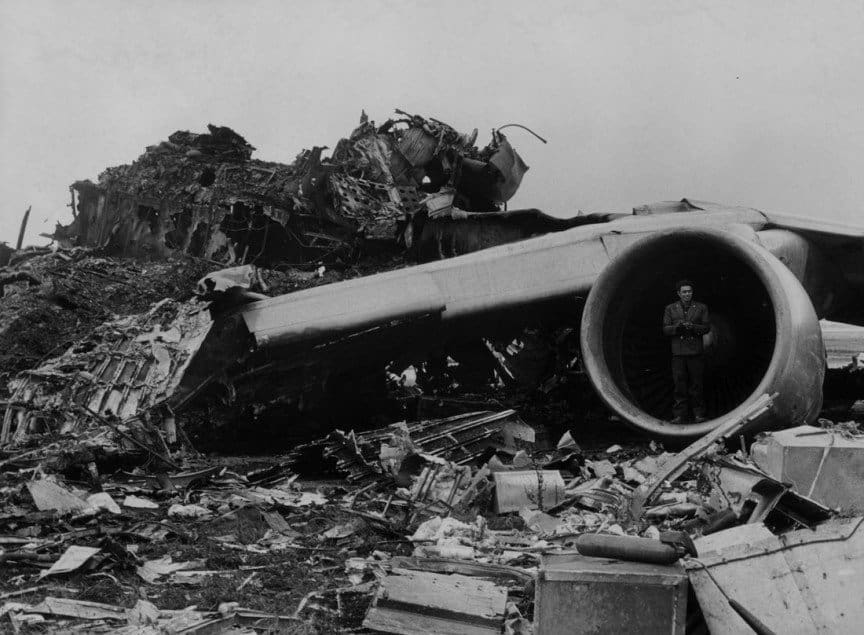 The Tenerife Airport Disaster is remembered as the worst accident in aviation history. After a bomb exploded at the Gran Canaria Airport, several flights to the Canary Islands were rerouted to Los Rodeos, an airport on the island of Tenerife. Air traffic controllers struggled to keep up with the increased workload, and heavy fog made visibility on the runway poor. The pilot of KLM 4805 mistakenly believed he was clear for takeoff due to a miscommunication between his crew and the air traffic controllers. The plane rammed Pan Am Flight 1736 at takeoff speed, killing five hundred and eighty three people. 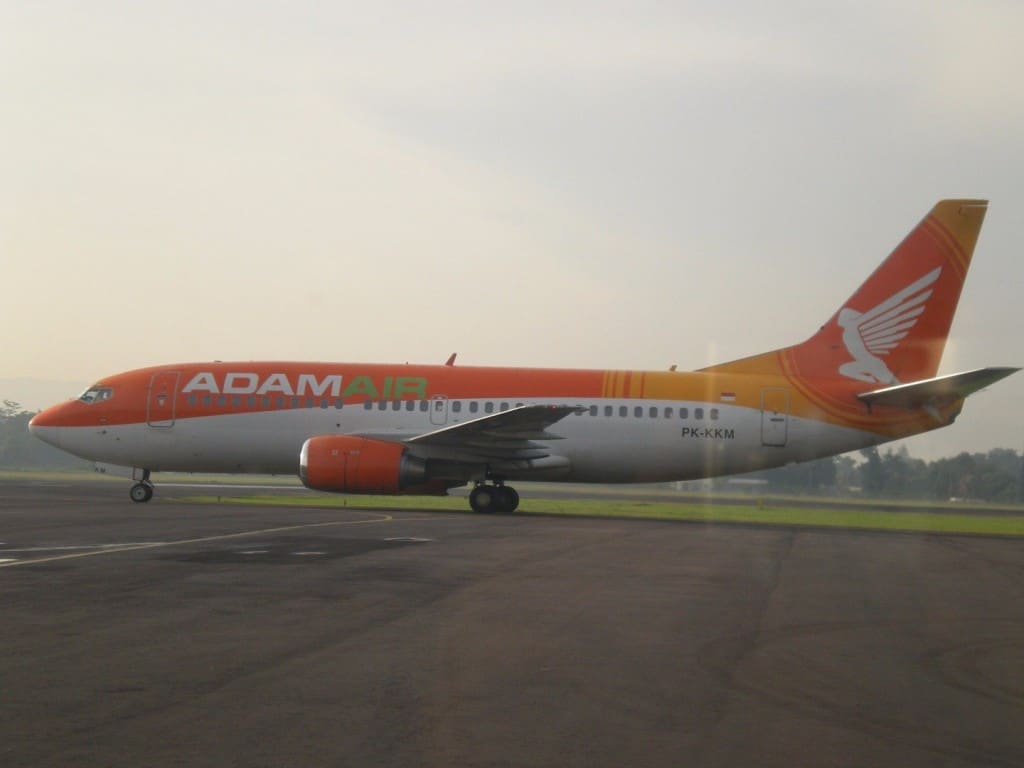 While the flight crew was preoccupied with a malfunction of the internal reference system, the plane’s autopilot was inadvertently disabled and it began to descend. The pilot failed to correct a slow right roll which eventually caused complete loss of control. All one hundred and two passengers and crew aboard died when the plane plummeted into the ocean. The crash prompted large-scale reforms to Indonesia’s transportation industry. Adam Air was accused of gross negligence and banned from flying in Indonesia. They declared bankruptcy shortly afterward. 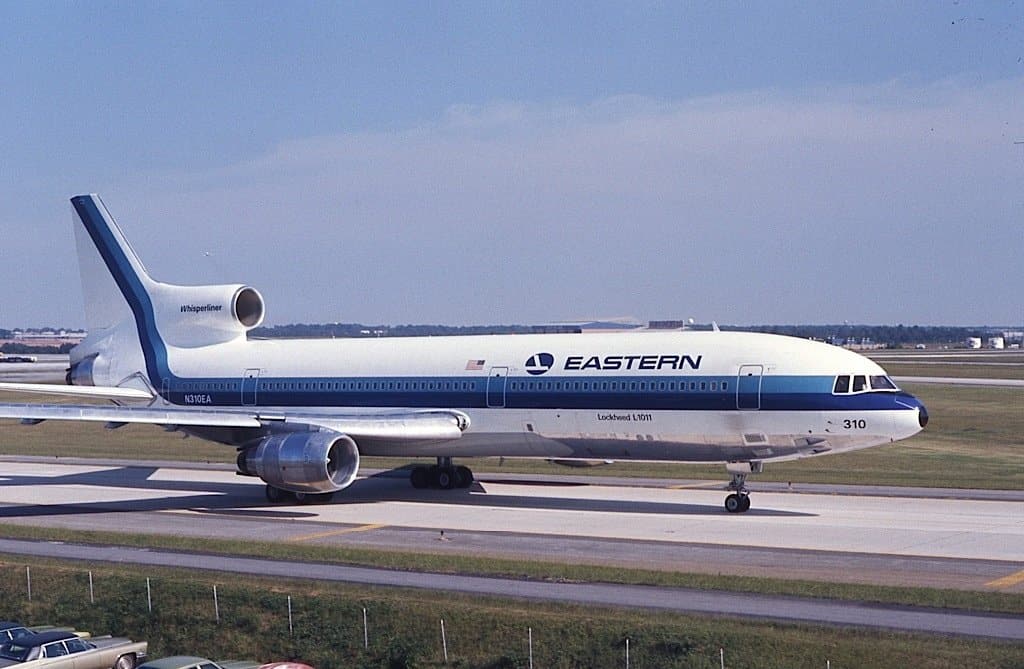 As with United 173 and Adams Air 574, the crew of Eastern Airlines 401 were distracted by an on-board malfunction and failed to realize the plane was losing altitude. It crashed into the Florida everglades, killing one hundred and one passengers and crew members. There were seventy five survivors, but all were seriously injured. 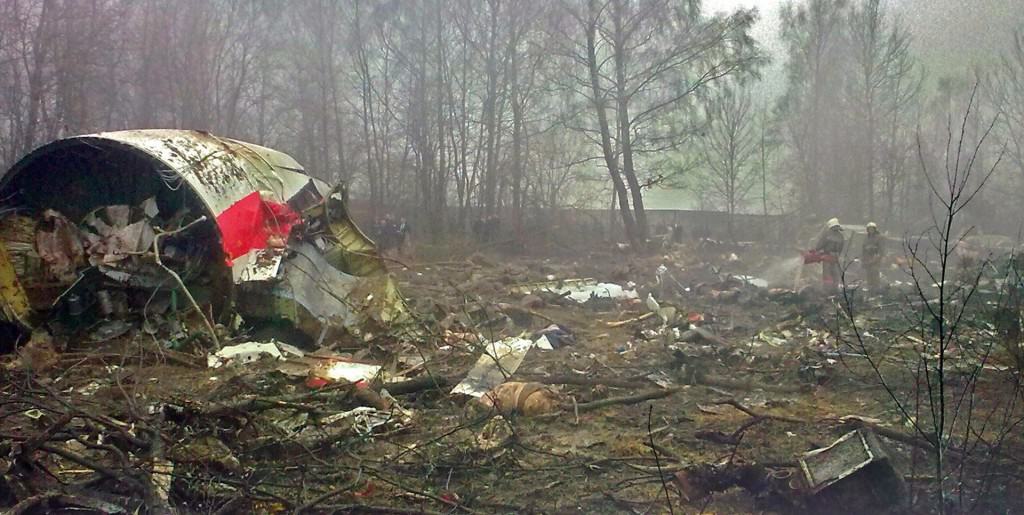 The crash of TU-154 was a national tragedy for Poland. President Lech Kaczyński, his wife Maria, and several other prominent Polish political figures were killed when the pilot attempted to land in heavy fog against automated advisories. 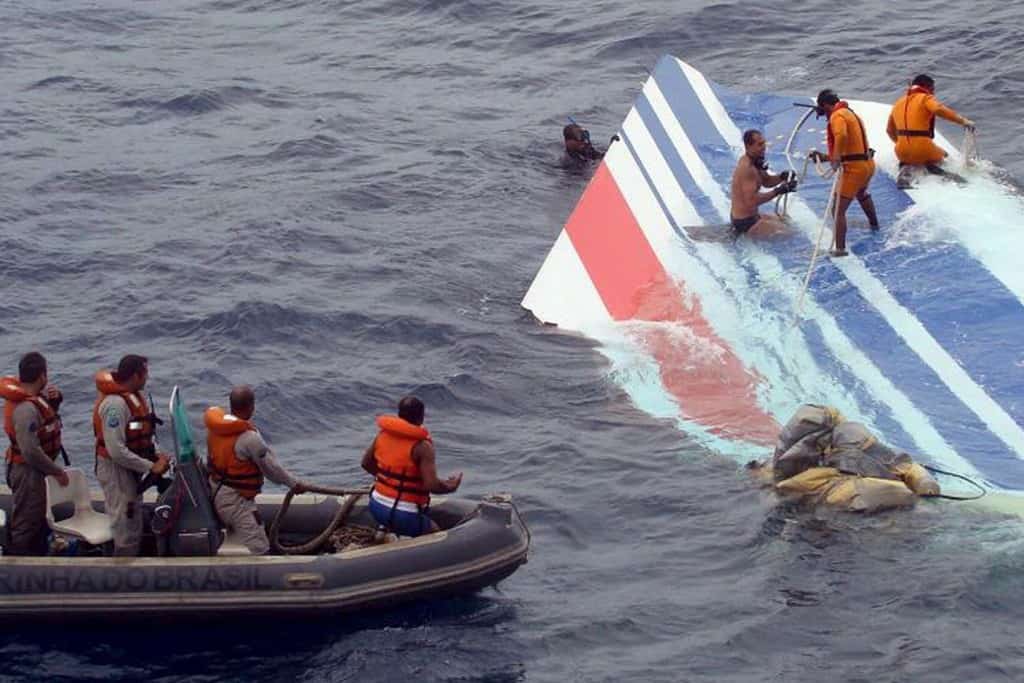 The pilot of Air France 447 put one of three co-pilots at the helm before heading to the rest cabin for a break. This is standard procedure in France for flights lasting more than 10 hours. Minutes after hitting turbulence, the autopilot disengaged and the plane began to roll slightly to the right. The co-pilot in command overcompensated for this roll and dramatically increased the plane’s angle of attack. This unnecessary action made the plane stall three times before it began rapidly descending. It crashed into the ocean and killed all two hundred and twenty eight people aboard. 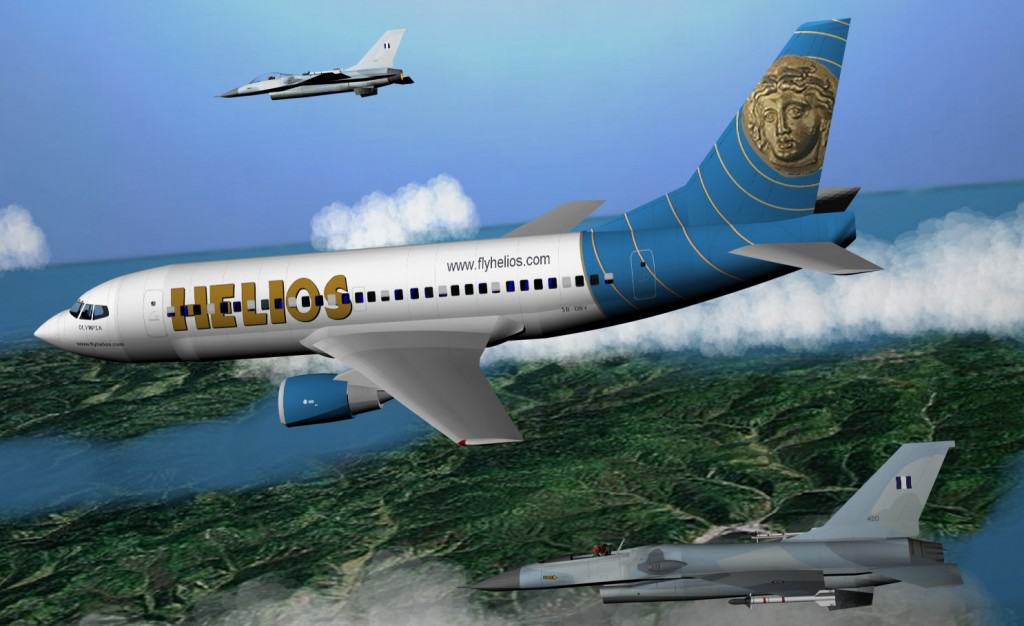 After carrying out a routine inspection, a ground engineer failed to reset the plane’s pressurization system from “Manual” to “Auto”. Before takeoff, the crew of Helios 522 failed to notice the mistake on three occasions: the pre-flight check, the after-start check, and the after takeoff check. As the plane climbed the crew noticed something was wrong, but they mistook several warning alarms for less serious takeoff configuration warnings. Before the error could be corrected, the pilot, crew, and passengers suffered from hypoxia and became severely incapacitated. The autopilot continued to guide the plane until it crashed into a mountain, killing all on board. 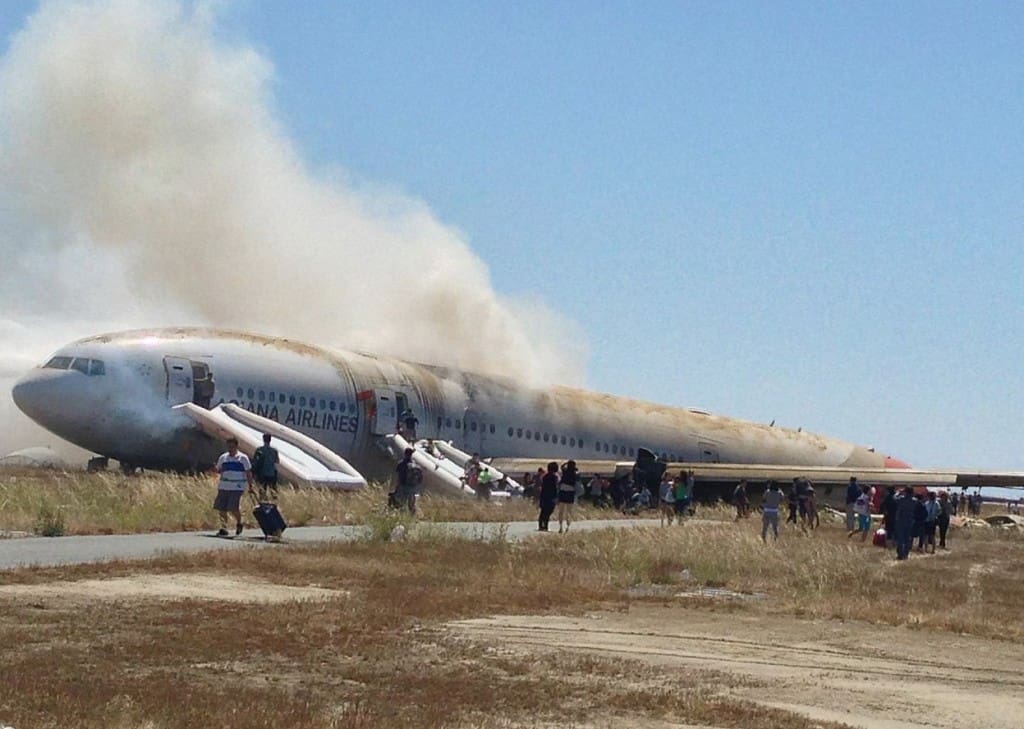 There’s no doubt automated systems have made flying safer, but the crash of Asiana 214 sparked an international discussion on the danger of over-reliance on these systems. During the plane’s final approach, the pilot made a critical error by selecting an inappropriate autopilot sequence. The plane’s speed decreased too rapidly and the flight crew failed to notice it would touch down short of the runway. Three passengers died, and one hundred and eighty one were injured. 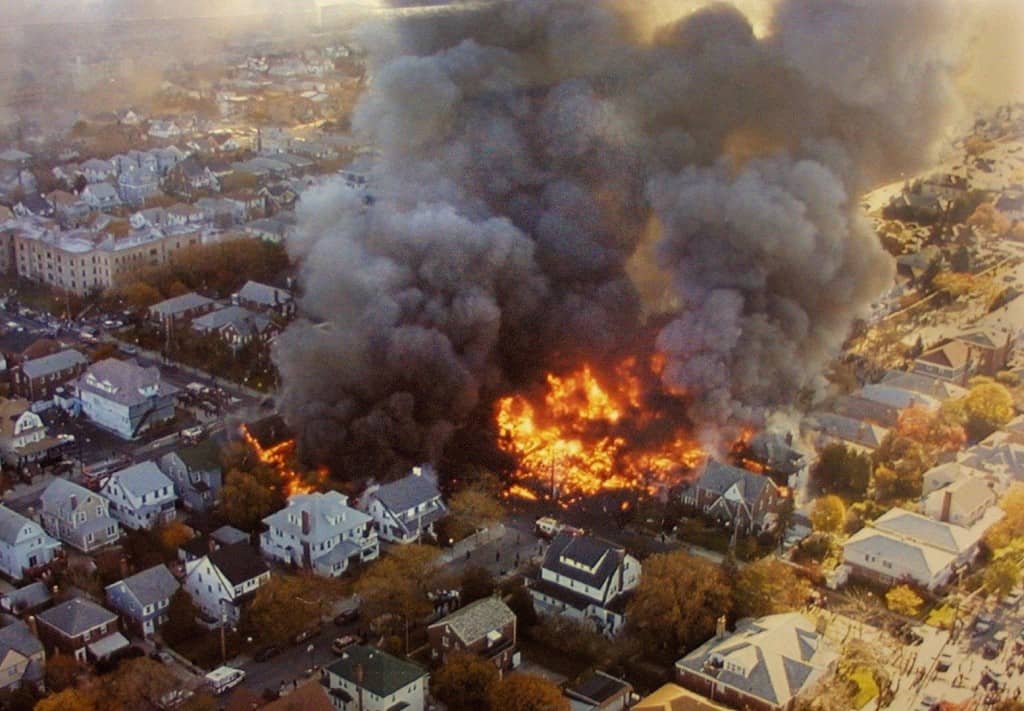 Taking place just two months after the 9/11 attacks, many people initially feared the crash of American Airlines 587 was another terrorist attack. However, the National Transportation Safety Board determined the cause of the accident to be overuse of rudder controls in response to heavy turbulence. The plane went down over a neighborhood in Queens, NY. All two hundred and sixty aboard perished, along with five others on the ground.

Andreas Lubitz, the co-pilot of Germanwings 9525, locked the pilot and crew members out of the cockpit and deliberately steered the aircraft into a mountainside. Investigators later revealed Lubitz had been hiding a severe psychosomatic illness which made him unfit to fly. By choosing to lie about his illness, Lubitz made a mistake that cost the lives of one hundred and fifty innocent people. The incident will likely bring about changes to Germany’s aviation practices, with proposed legislation mandating at least two crew members in the cockpit at all times.