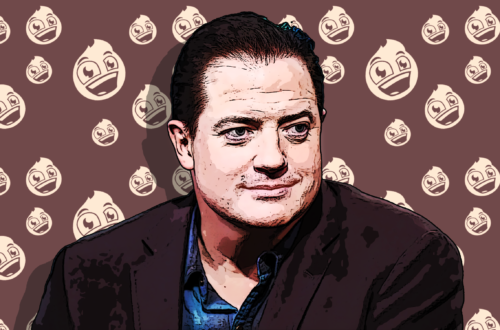 Born on December 3, 1968, in Indianapolis, Indiana, Brendan James Fraser is an award-winning film and stage actor. Fraser’s Canadian parents are sales counselor Carol Mary and former Canadian foreign service officer Peter Fraser. In their early life, the Canadian-American actor often moved around to areas such as Seattle, the Netherlands, and Switzerland. Brendan Fraser attended the private boarding school Upper Canada College before graduating from Seattle’s Cornish College of the Arts.

Most people recognize the American-Canadian actor from their work in various Hollywood movies and TV shows such as The Mummy trilogy, Encino Man, George of the Jungle, and Doom Patrol. What about the net worth of Brendan Fraser? With a plethora of roles in the portfolio, Brendan Fraser net worth is a reported $20 million.

Earning Solid Roles In The ’90s

In 1991, Brendan Fraser kicked off his acting career and jumpstarted their net worth growth as Sailor No. 1 in the film Dogfight, which starred River Phoenix and Lili Taylor. The following year, however, Brendan Fraser earned his first lead role in the film Encino Man, which found Brendan Fraser playing a frozen pre-historic caveman discovered in the ’90s. The film, which also starred Sean Astin and Pauly Shore, would earn $40 million worldwide at the box office. Fraser would also participate in the sports drama genre with the film School Ties.

George Of The Jungle

It wasn’t until 1997’s George of the Jungle that Brendan Fraser became a noticeable name in Hollywood and their net worth began to grow. Based on the 1967 cartoon of the same name, the film would become a success, with $174 million earned worldwide at the box office.

The following year, Brendan Fraser unveiled one of his most critically acclaimed roles as Clayton Boone in Gods and Monsters. Mainly known for their comedy and fantasy films, Gods and Monsters showcased Fraser’s serious side to critics and fans alike.

In 1998, Brendan Fraser landed his most memorable role as Rick O’Connell in The Mummy. Brendan Fraser wasn’t the first actor chosen for the role, however. Brad Pitt, Tom Cruise, Matt Damon, and Ben Affleck were each suggested for the role, but they rejected the part due to their schedules. Based on their work in George of the Jungle, Brendan Fraser was picked by film director Stephen Sommers and film producer James Jacks.

Released in 1999, The Mummy became a worldwide hit, with $416.4 million earned worldwide. Two additional sequels (2001’s The Mummy Returns and 2008’s The Mummy: Tomb of the Dragon Emperor) would help the famous Mummy film series earn a combined $1.2 billion worldwide. Playing Rick O’Connell in the beloved fantasy films became one of the biggest highlights in the career of the American-Canadian actor, and it elevated their net worth to massive heights.

While Fraser is mainly known for their film roles, the actor has made some appearances on TV. In 1997 and 1999, Fraser hosted Saturday Night Live. They also appeared on Scrubs, Texas Rising, and The Affair. While these appearances didn’t push their net worth, they were still a treat for fans.

While being on-screen is nice, Fraser played the role of a voice actor in their career. The actor lent their voice to Sinbad in Sinbad: Beyond the Veil of Mists, Tasmanian Devil in Looney Tunes: Back in Action, and various characters on King of the Hill.

Brendan Fraser entered the Arrowverse as Cliff Steele in HBO Max’s Doom Patrol. Debuting in 2019, the show has become a hit for HBO Max. The show helped rejuvenate Fraser’s net worth.

Aside from acting, Brendan Fraser is an avid photographer. Art imitated life when Fraser landed the role of photographer Ben Sullivan on NBC’s hit sitcom Scrubs in 2003.

On Brendan Fraser’s website, there’s a section filled with photographs from the actor’s trips to Morocco and Vietnam, and photos were taken on set. Brendan Fraser’s love of photography earned them an honorable mention in the book Collector’s Guide to Instant Cameras.

Nominations And Awards For Fraser

Brendan Fraser’s performance in Crash helped the cast earn a Screen Actors Guild Award for Outstanding Performance by a Cast in a Motion Picture and a Gold Derby Award for Ensemble Cast.

For their work in Scrubs, Fraser earned two nominations for Best Guest Actor in a Comedy Series at the 2002 and 2004 Online Film & Television Association Awards.

On September 27, 1998, Brendan Fraser married actress Afton Smith. The couple met while Fraser was celebrating their graduation from the Cornish College of the Arts. The couple divorced in 2007 after selling their Beverly Hills home.

Fraser’s acting career has been rocky due to the actor’s constant surgeries over the year. So many physical roles took a toll on Fraser’s body. One of his most considerable injuries came while he was trying to lift a tree after Hurricane Sandy.

What’s Next For Fraser?

Brendan Fraser will also star alongside Josh Brolin, Peter Dinklage, and Glenn Close in the comedy film Brothers. With these and future projects, Brendan Fraser’s net worth will surely grow. From Looney Tunes to Texas Rising, Fraser can do it all.

What is Brendan Fraser Net Worth?

How much money does Brendan Fraser earn?

How tall is Brendan Fraser?

How old is Brendan Fraser?

When is Brendan Fraser birthday?