The James Bond franchise is one of the longest running in the entertainment industry. It is made up of more than 14 novels written by Ian Fleming, 24 individual movies and countless video games, which mean that there are plenty of facts about the famous spy that you will probably be completely unaware of. While everyone knows that he enjoys plenty of relationships with woman and likes his vodka martinis shaken and not stirred, the entries on this list might surprise you or in a few cases might even shock you.

Sean Connery Was Not The First Bond 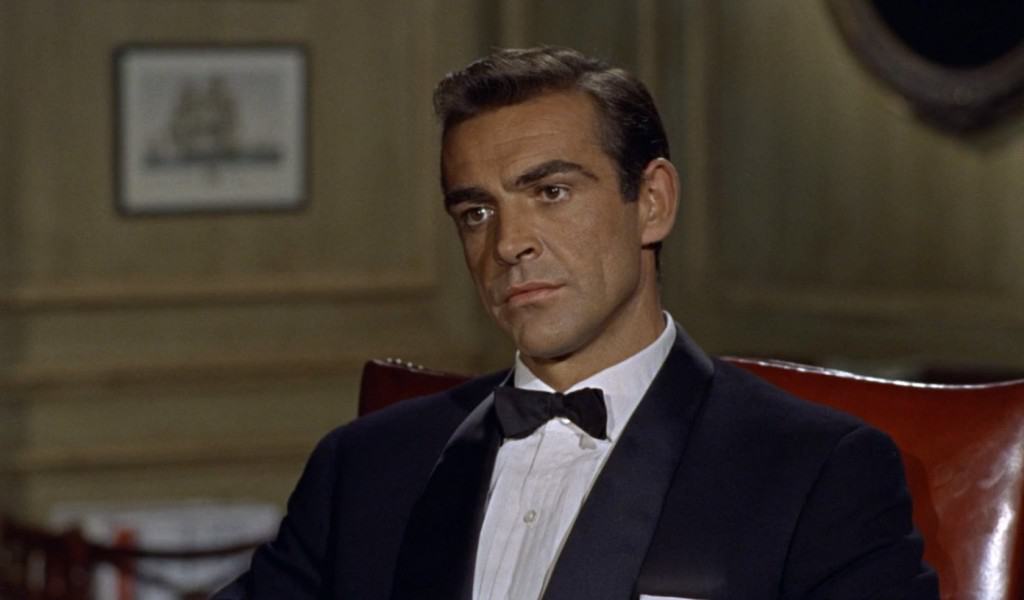 Many people believe that Sean Connery was the first actor to portray the 007 in a movie. However, while Dr. No was the first film in the Eon Productions series, there was a previous adaptation of Casino Royale in 1945 that features American actor Barry Nelson taking on the role of James Bond. There were also a number of other portrayals for radio and television before Connery was cast. 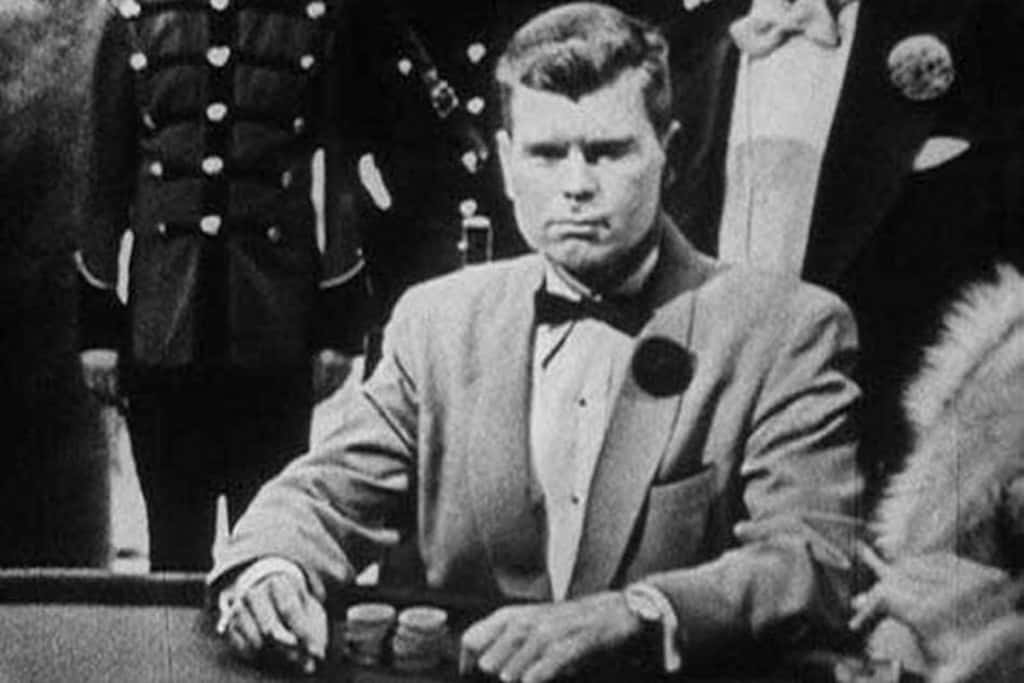 Casino Royale, the first James Bond movie ever made and the one mentioned previously in the article, was made after CBS bought the film rights from Ian Fleming for just $1,000. That didn’t mean that he didn’t make much money from his creation though, the ensuing popularity of his novels and royalties from the highly successful Eon Productions supplied him with a steady stream of cash.

Bond Is Based On Ian Fleming 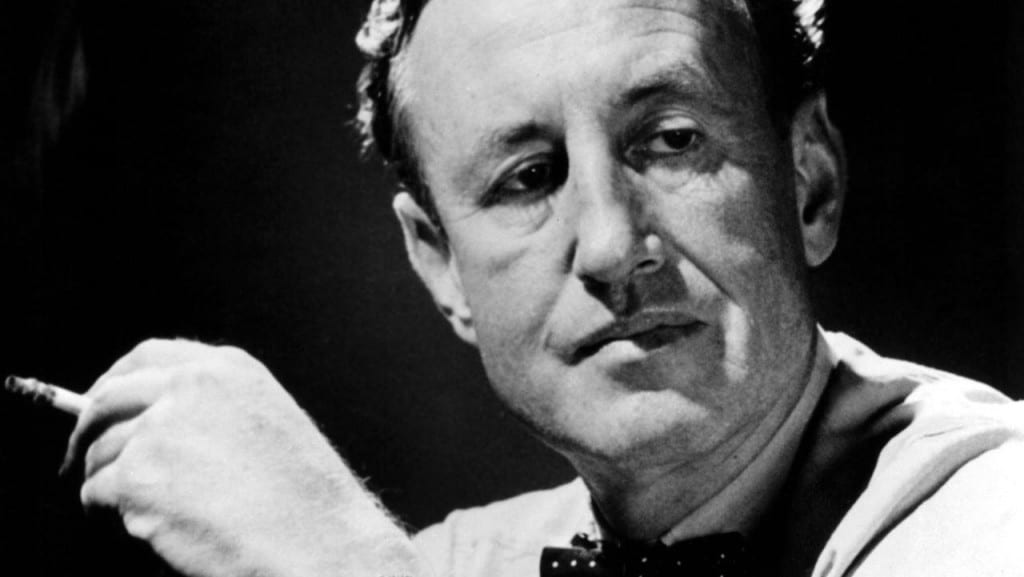 Ian Fleming was essentially the basis for the character of James Bond, with the author taking many of his traits and personality elements and transplanting them into the famous spy. He had a good knowledge of military matters and the spy agency thanks to his work as a Naval Intelligence Officer during the Second World War. He was also a heavy smoker and drinker, like his literary counterpart, and was a famous womanizer.

Connery Was Nearly Burnt During The Laser Scene 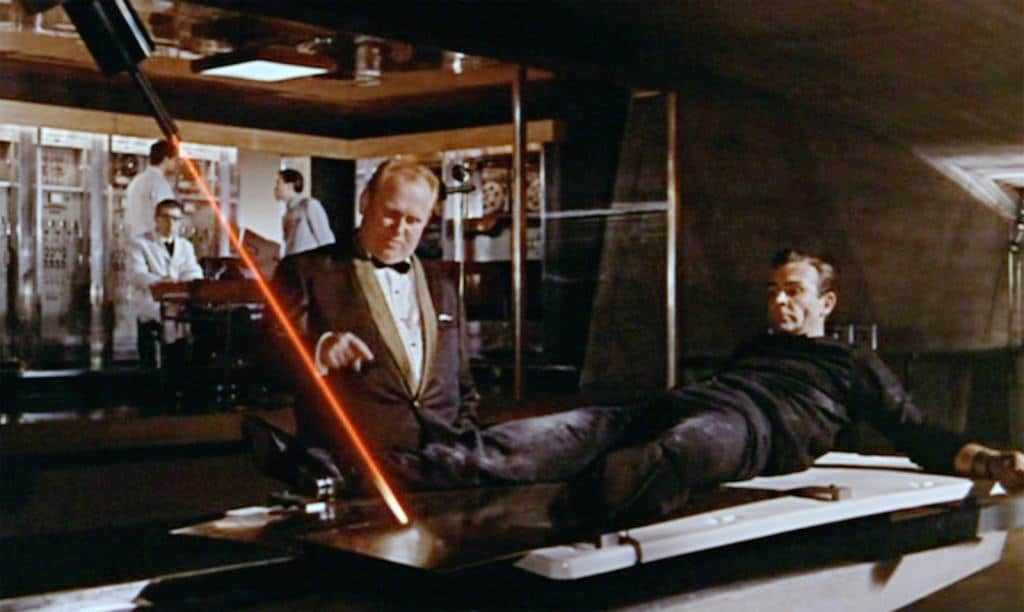 While the laser light that was heading towards Sean Connery in the infamous scene during Goldfinger was not really harmful, the actor was still in danger thanks to the way that the crew made it appear as if the light was damaging the table. A member of the production was hidden under the table with a blowtorch and was slowly moving up the table. By the time he stopped moving, he was just a few inches away from Connery’s crotch.

The Movies Hold Many World Records 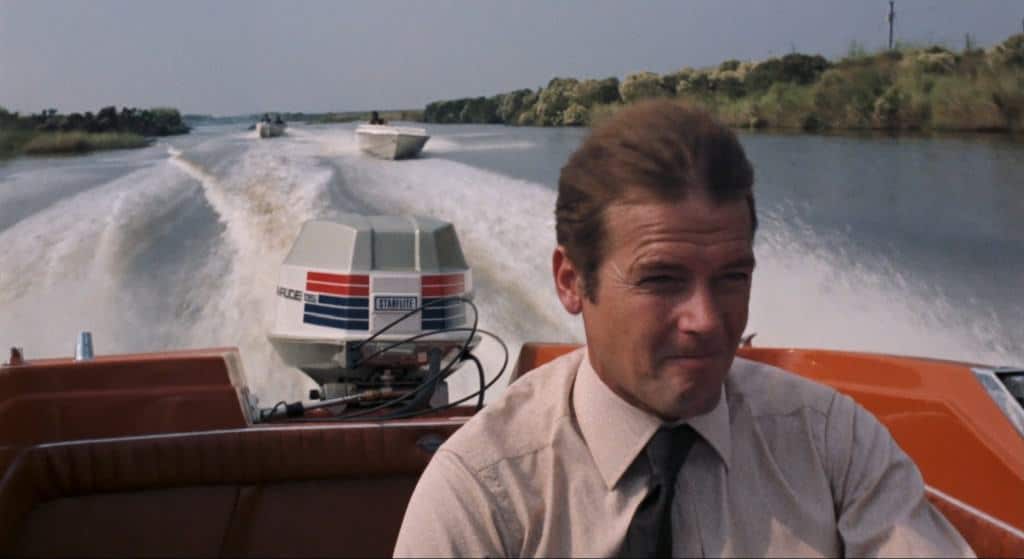 The James Bond franchise holds so many Guinness World Records that the organization has actually created a dedicated webpage to keep track of every record that the movie series holds. Included in the 50 entries include plenty of stunt work, such as the highest bungee jump in a movie, the fastest speedboat jump and the most rolls in a car, as well as others relating to the music and box office receipts.

He Really Likes A Drink 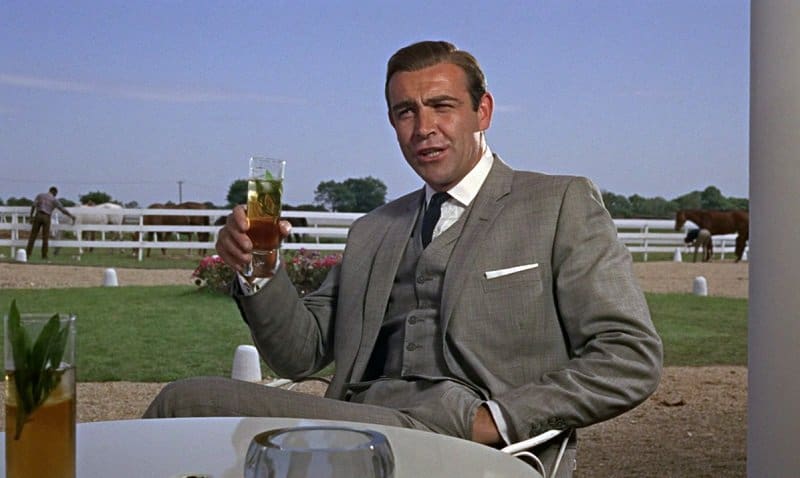 The spy has never been afraid to drink while on duty throughout the films but it is in the novels where we really get to see exactly how much he can put away. According to a group of doctors who examined the 14 Bond novels, 007 managed to consume 1,150 units of alcohol in the 88 days that they take place in. That is the equivalent of one and a half bottles of wine every day or 35 vodka martinis a week, while they also revealed that there were only 13 days in the novels when he didn’t drink any alcohol.

George Lazenby Was A Diva 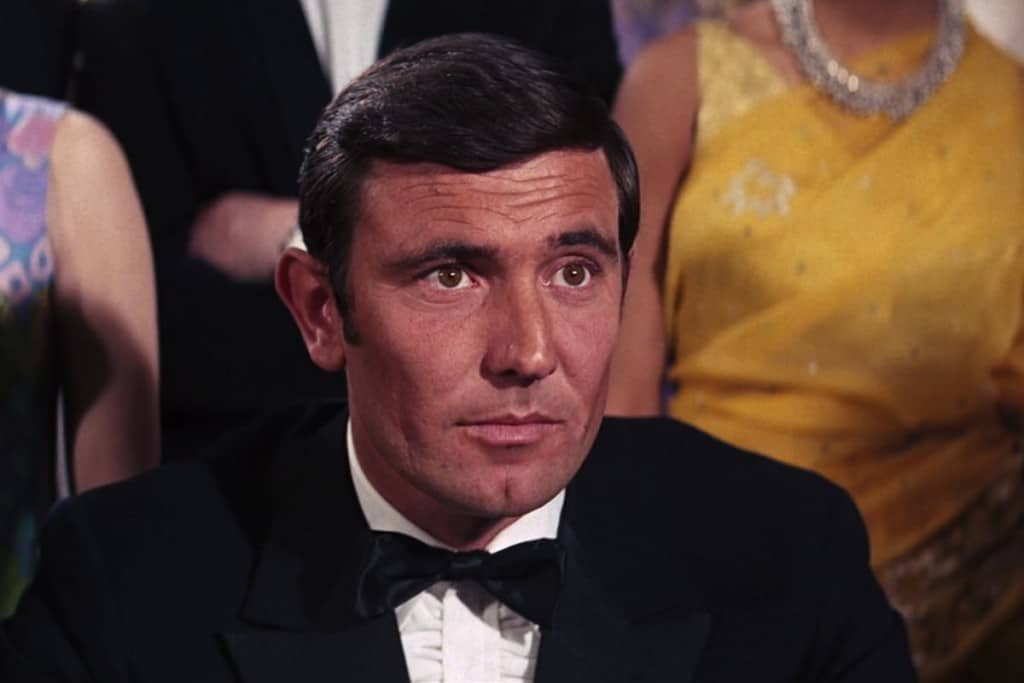 George Lazenby is widely regarded as the worst portrayal of James Bond in the history of the movie franchise. However, he was also unpopular with the crew of On Her Majesty’s Secret Service thanks to his diva-like behaviour that involved insisting on a driver to take him 50 yards from his trailer to the production lot and sending away cars that were not a colour he liked. Lazenby wasn’t fired from his role as Bond though, instead he turned down further contracts as he thought he could make it big in Hollywood.

Goldfinger Was Banned In Israel 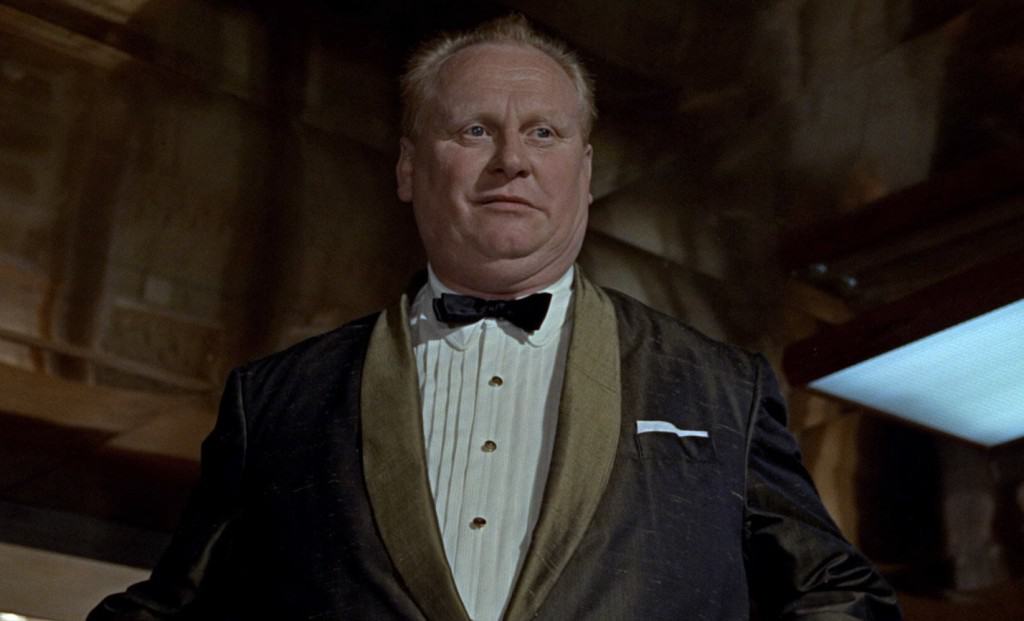 Considered one of the best James Bond films by many fans and critics, Goldfinger was actually banned in Israel for a number of years. Yet, the ban wasn’t because of any of the content in the movie but rather as a result of actor Gert Frobe, who the country believed was a Nazi during World War II. The film was eventually allowed to be shown after two Jewish people came forward to say that Frobe had helped hide them from the Nazis.

Goldfinger’s Lines Had To Be Dubbed 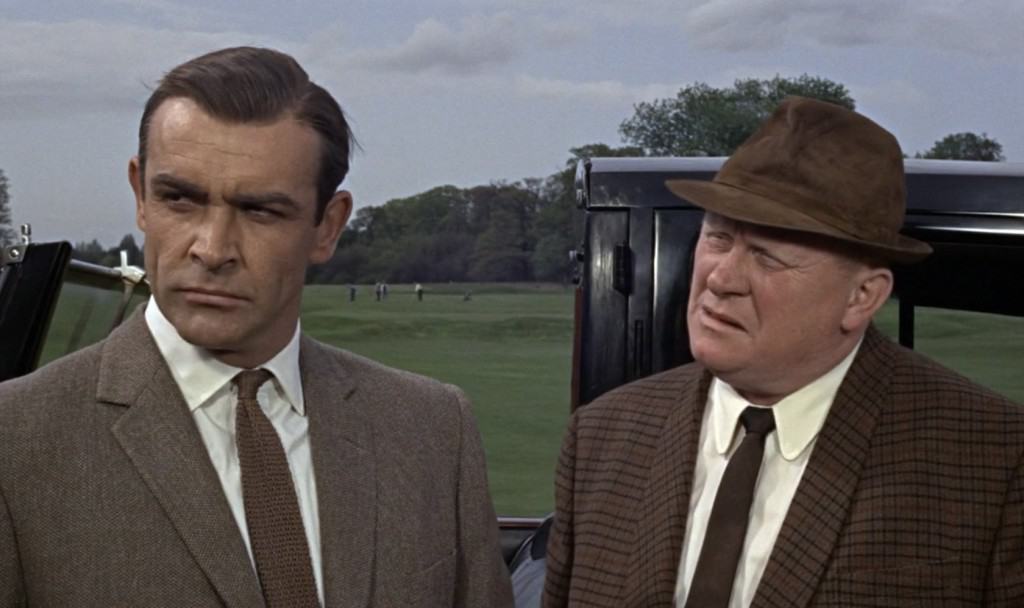 Speaking of Gert Frobe, none of his original dialogue remains in the final edit of the movie as it was all redubbed by actor Michael Collins. This happened due to the fact that the producers had wanted Frobe to play the role after seeing him in another movie but didn’t realize he couldn’t speak good enough English to read his lines after his agent lied about his ability. Rather than change the actor they simply decided to have someone else provide the voice.

Bond Has Killed More Than 350 People 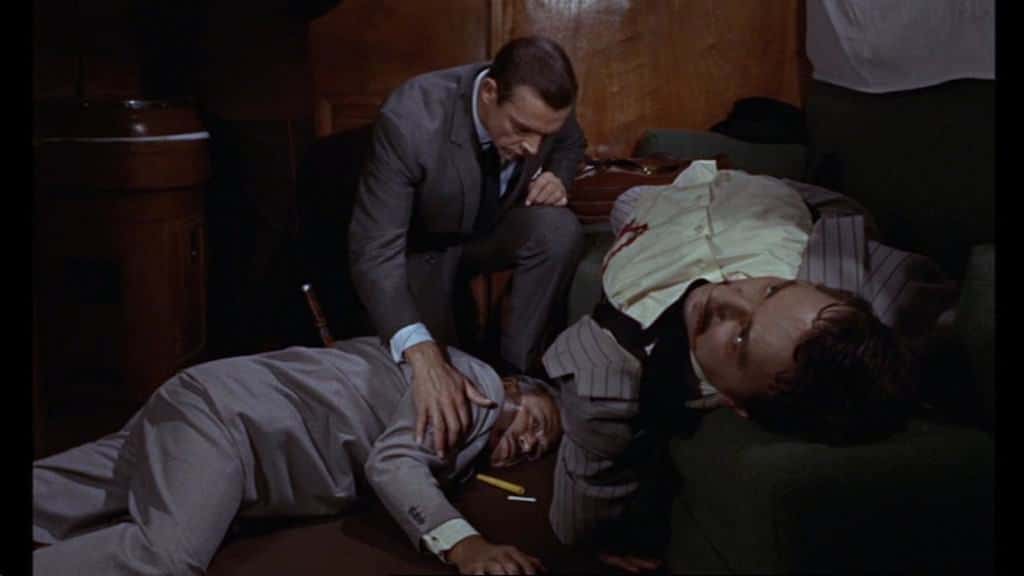 The job that James Bond does obviously means that he will have to kill a few bad guys, that’s why he has a license to kill after all. However, he probably goes a bit overboard as he has killed 369 people in the 23 films before Spectre, at an average of 16 per film. Pierce Brosnan was particularly deadly in his portrayals, killing 135 enemies in just four movies while Roger Moore killed just one person in The Man with the Golden Gun.