10 Of The Most Haunted Hotels In The World

Whenever we’re looking to get a real thrill, we love to go ghost hunting. There are few things that can make the hairs on the backs of our necks stand up the way they do when we think we’re staying in a place where ghosts might be roaming the landscape. If you are like us and want to find a place to stay that has a tonne of ghosties living under its roof then you’re going to want to check out this list. We’ve brought you the list of the most haunted hotels in the world so that you will know where to stay the next time you don’t want to actually sleep through the night. 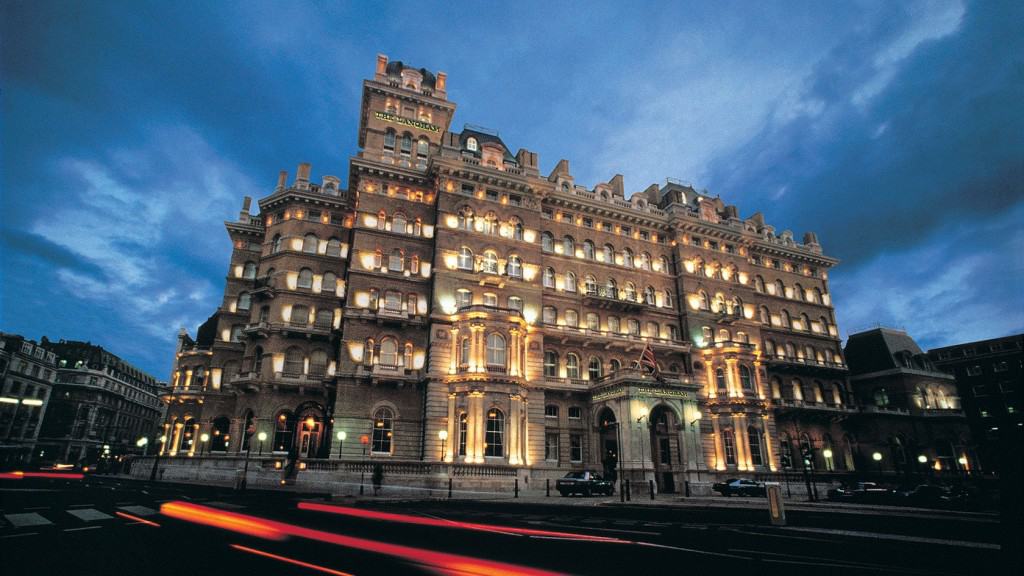 This London, England, landmark is considered the most haunted hotel in all of the UK, thanks in large part to the fact that it’s been standing for nearly 150 years. Among the dead who still walk the halls are rumored to be a man who murdered his bride on their wedding day as well as various former butlers and footmen.

Room 333 is said to be the most haunted, should you ever try to stay at this five-star hotel. 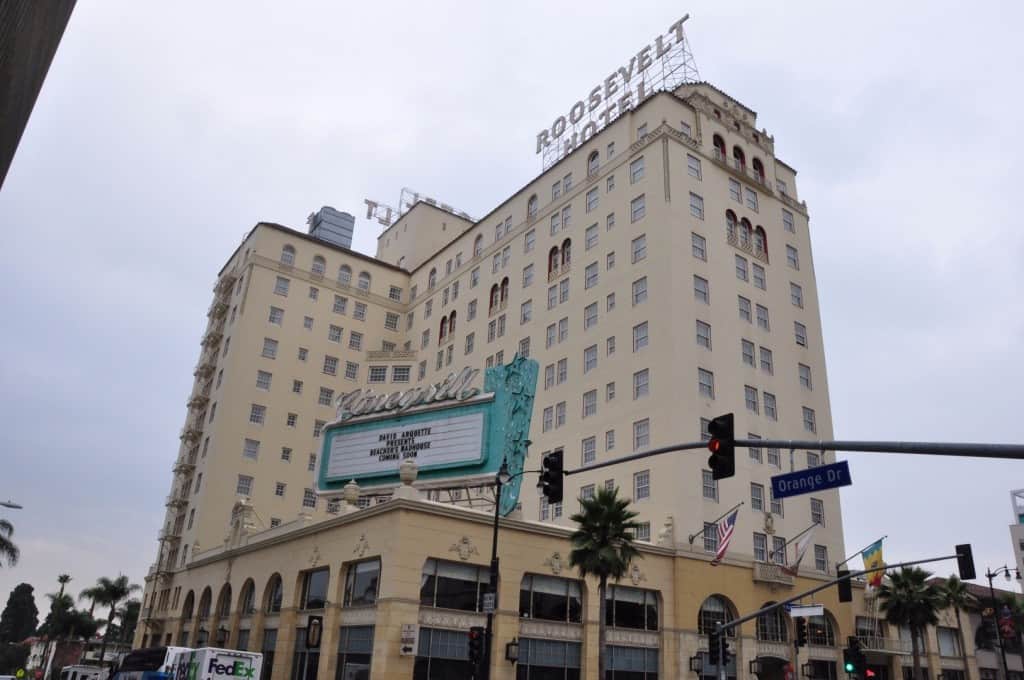 This Los Angeles grand dame isn’t just haunted. The place is supposedly haunted by the ghosts of the rich and famous. Marilyn Monroe called the place home for two years and apparently her spirit still roams the rooms.

The ghosts of Carole Lombard, Errol Flynn and Montgomery Clift are all said to hang out in the hotel as well. 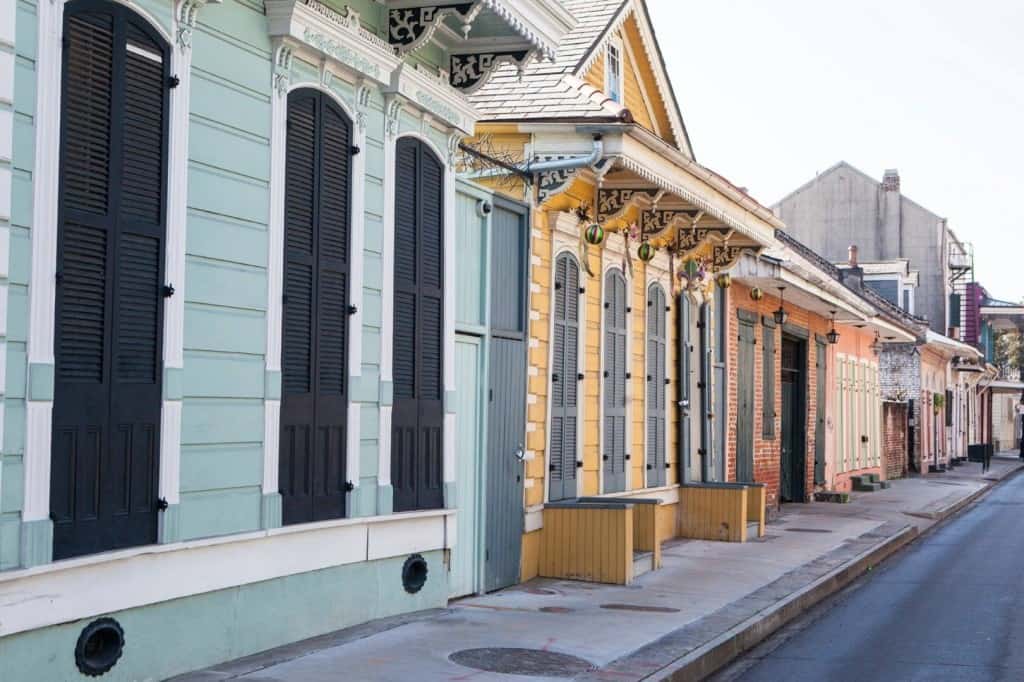 The Hotel Provincial is set right in the middle of New Orleans and has been standing for centuries. The ghosts that haunt this particular location include spirits still wandering the earth that fought in the Civil War.

What’s really spooky is there have been a number of guests who have spotted bloody spirits moaning and writhing on the ground, in the throes of death. 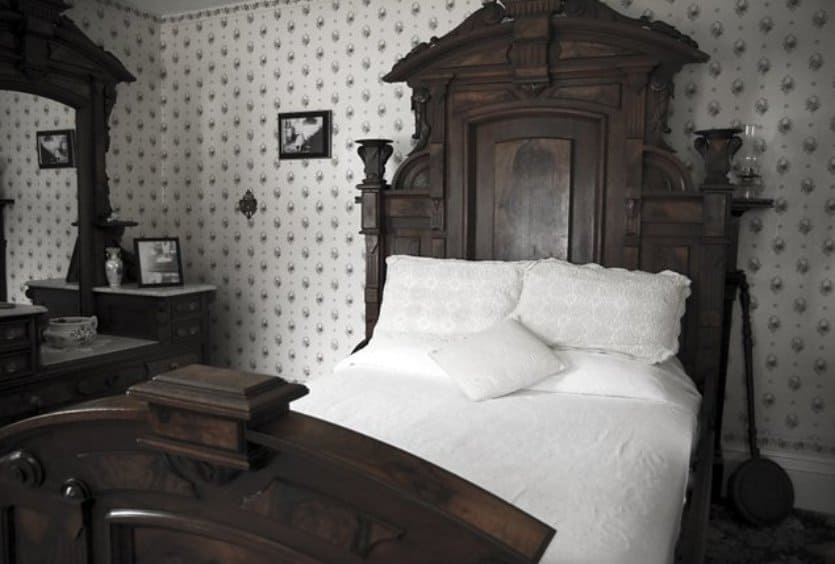 Want to guarantee your hotel or bed and breakfast is haunted? Have it actually be the site of one of the most famous murders in America. The Lizzie Borden Bed & Breakfast in Fall River, Massachusetts is indeed the house where Lizzie Borden murdered her family.

Reports say the rustic home turned hotel is still haunted by the entire family, even Lizzie herself. 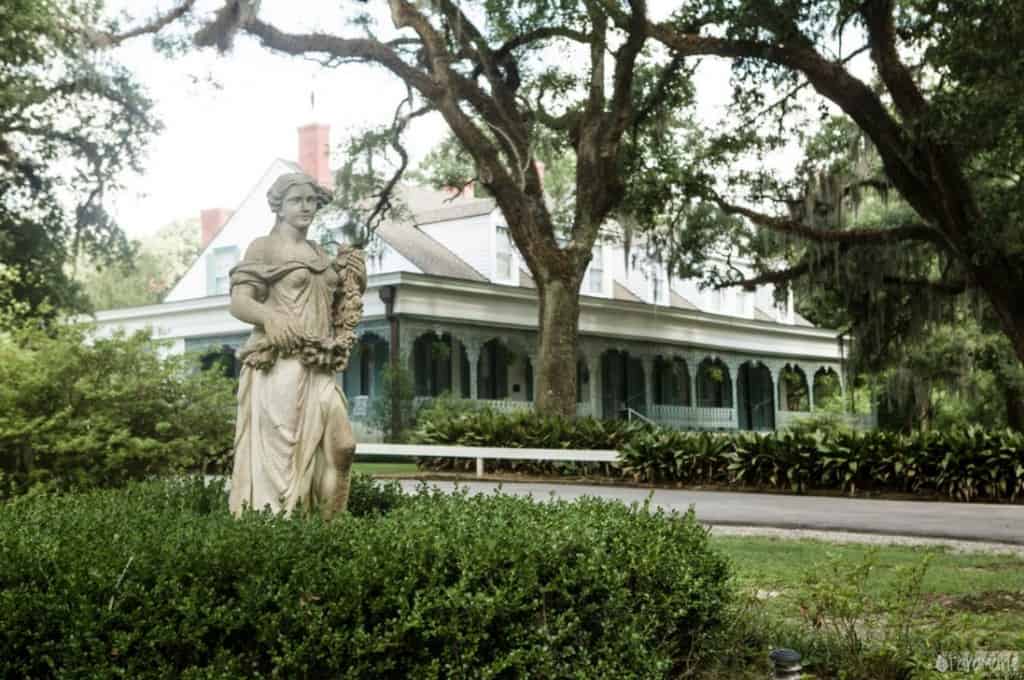 Located in St. Francseville, Louisiana, this particular hotel turned bed & breakfast has apparently been around in some form or another since the 1700’s. With that much history behind the location, it’s no surprise that ghost stories include legends like the lady with the curly hair; the Native American woman; the girl who shows up only before thunderstorms; the children playing on the porch; and Chloe, the slave girl who was hanged by fellow slaves after poisoning the house mistress and her two children. 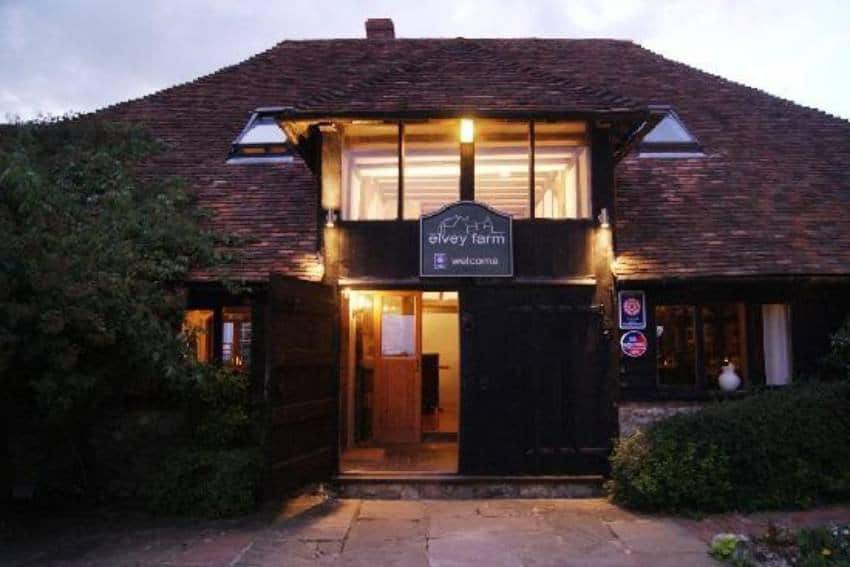 Elvey Farm, which was turned into a B&B during the 1980’s is situated in what many call the most haunted town in all of England. That alone works pretty well to bring ghosts to this particular sleep over.

Among the spirits haunting this spot are Robert Du Bois, who stabbed himself to death and farmer Edward Brett, who shot himself in 1900, has set up shop in the former dairy, his last words of “I will do it” echoing through the room.

There is also a woman in the graveyard who bemoans the loss of her child and another lady who haunts the church nearby. 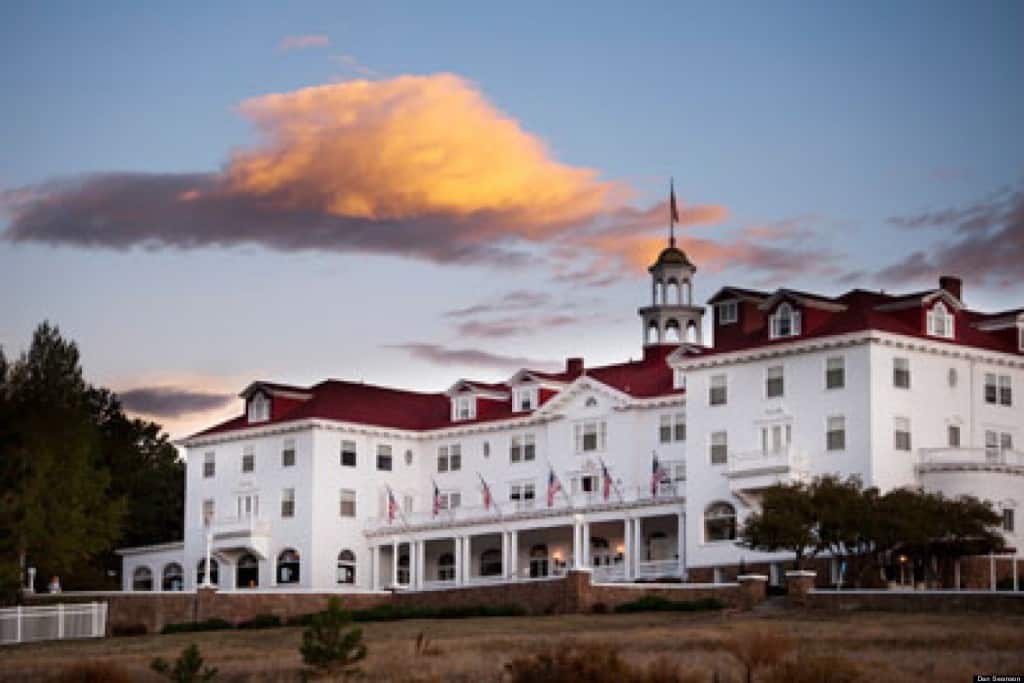 The Stanley Hotel in Estes Park, Colorado, was actually the inspiration for Stephen King’s The Shining. Among the ghost stories floating around about this hotel are reports of hearing disembodied children’s giggling, especially on the 4th floor.

The hotel’s first owner F. O. Stanley, and his wife are often seen passing through the lobby, or playing piano in the music room and a number of former employees are said to be seen manning their ghostly posts.

Skirrid Mountain Inn is located in Monmouthshire, Wales, and was actually used during the Welsh revolt to try revolutionaries and also hang them, right there in the Inn. “Hanging” Judge Jeffreys is said to have ordered 180 men to their deaths and reports suggest he still roams the halls looking for people to condemn.

More than a few guests have claimed they’ve felt ropes tightening around their necks in the middle of the night and some have even claimed they have the visible evidence to prove Jeffreys attacked them. 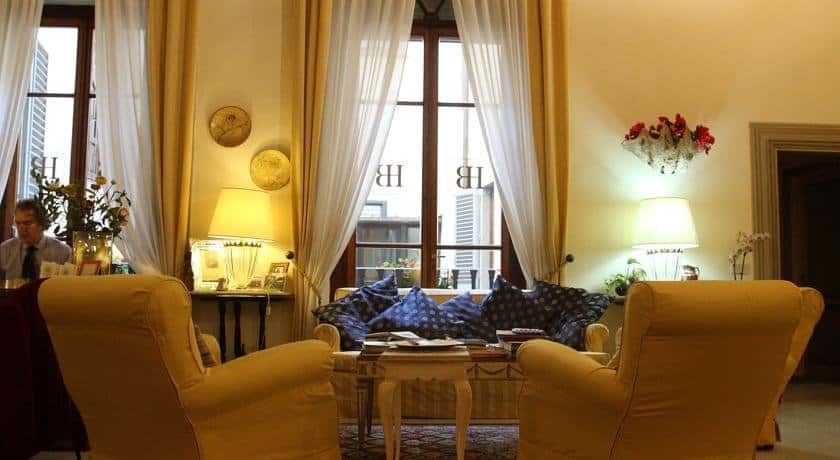 This long standing hotel, located in Florence, Italy, has rumors of ghosts like the little child who loves skipping down corridors, to a woman knitting in a chair, and a maid that still believes she needs to report into work.

Some even believe they have seen the former Fascist dictator Benito Mussolini’s ghost appear to them. The hotel is rumored to have been a favorite spot to stay at for him. 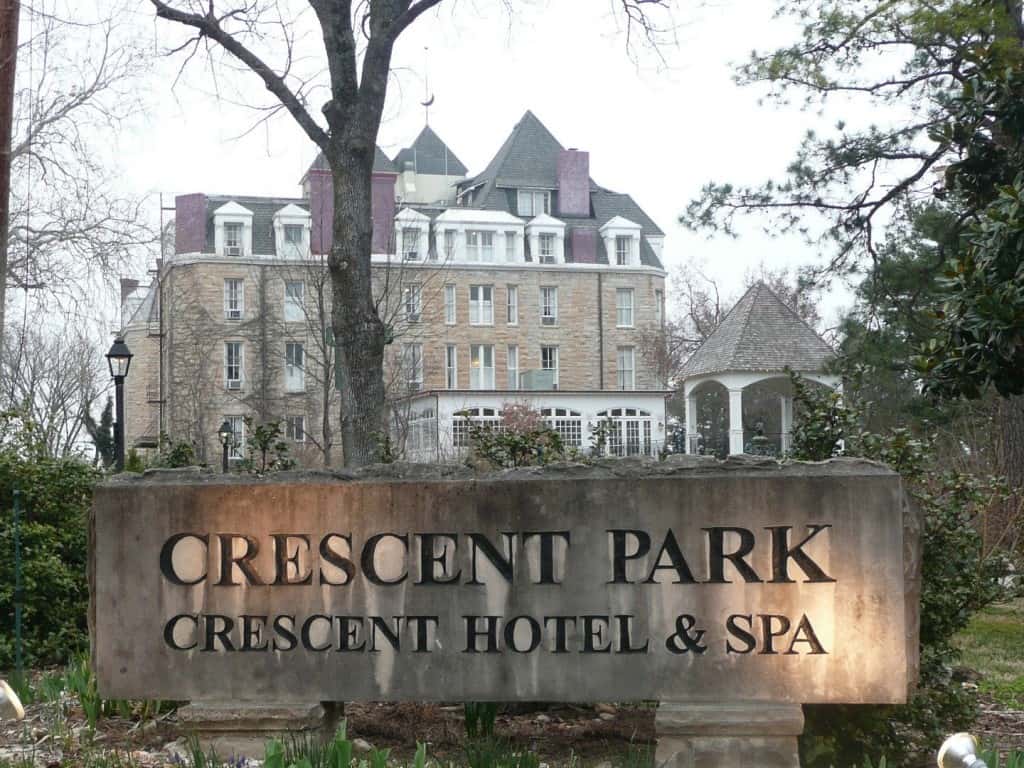 The 1886 Crescent Hotel & Spa is said to be the most haunted hotel in the United States. The Eureka Springs, Arkansas, hotel was originally a resort and spa, and was then turned into a “fake” hospital complete with a founder in Dr. Norman Baker, a man with no medical training, who used the hospital as a front to experiment on humans — alive and dead.

These days, the facility has been turned back into a hotel, and plenty of ghosts of Baker’s former experiments are said to wander about the grounds.