Dubai is a city of luxury and excess. The 1,588 square mile oasis makes Las Vegas look quaint and wholesome by comparison. Here, the motto is ‘build it bigger’, and they aren’t going to let the region’s desert climate or infertile land get in their way. In Dubai, the earth conforms to the city, not the other way around. Case in point: the many man-made islands built exclusively for water parks, five-star resorts, and luxury homes.

There’s lavish, and then there’s downright insane. Like the ski resort sitting in the middle of Dubai’s second largest shopping mall, or the “ice lounge” that will literally kill you if you aren’t wearing thermal gear. Read on for more examples of insane things built in Dubai. 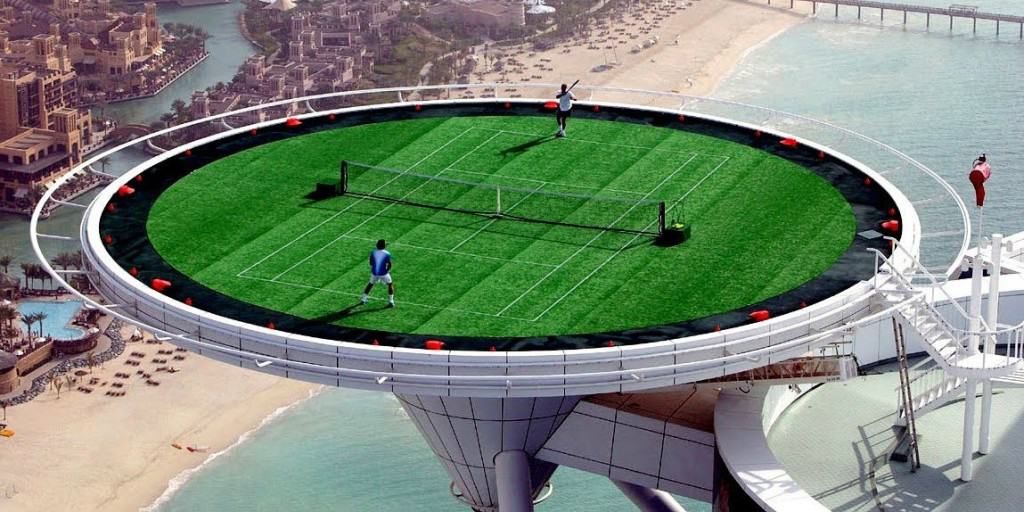 When tennis stars Roger Federer and Andre Agassi visited Dubai, the Burj Al Arab Hotel converted their helipad into a tennis court 1,053 ft. in the air.

In 2004, golf superstar Tiger Woods got to use it as a driving range. You can’t help but wonder how many unsuspecting people were hit by golf balls that day. 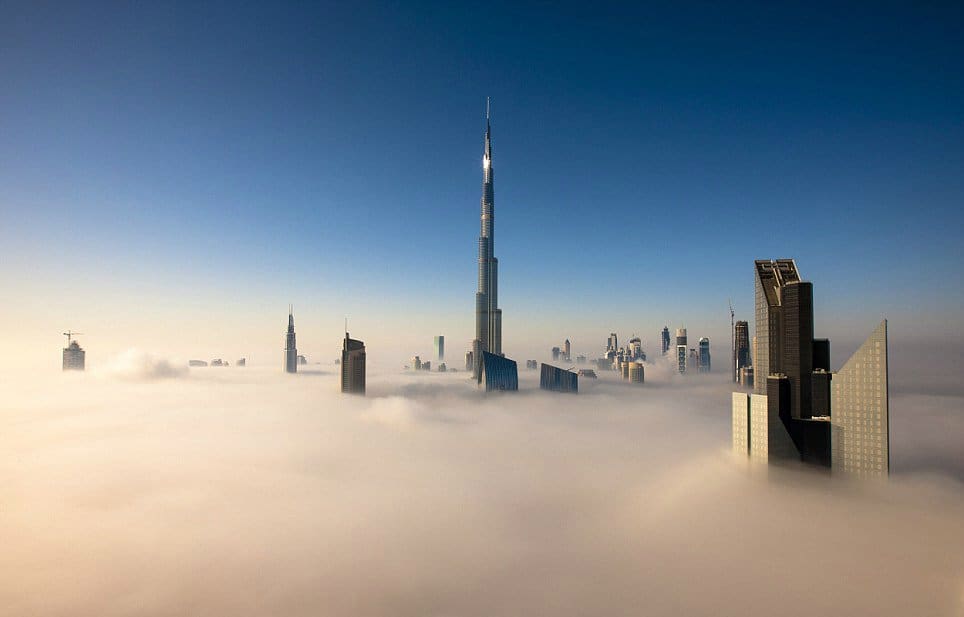 The Burj Khalifa skyscraper is the tallest man made structure in the world, standing at 2,722 ft.

That’s insane, right? You know what’s more insane? BASE jumping off it, like thrill seeking duo Hervé Le Gallou and David McDonnell did in 2011. Pretending to be engineers, they illegally infiltrated the building and jumped from the 160th floor. “To know that you are the first person to step off that object is for me a special feeling,” said one of the jumpers in a video they made of the stunt. Replace special with mind-numbingly terrifying and that statement is probably more accurate for most of us.

Largest Shopping Mall In The World 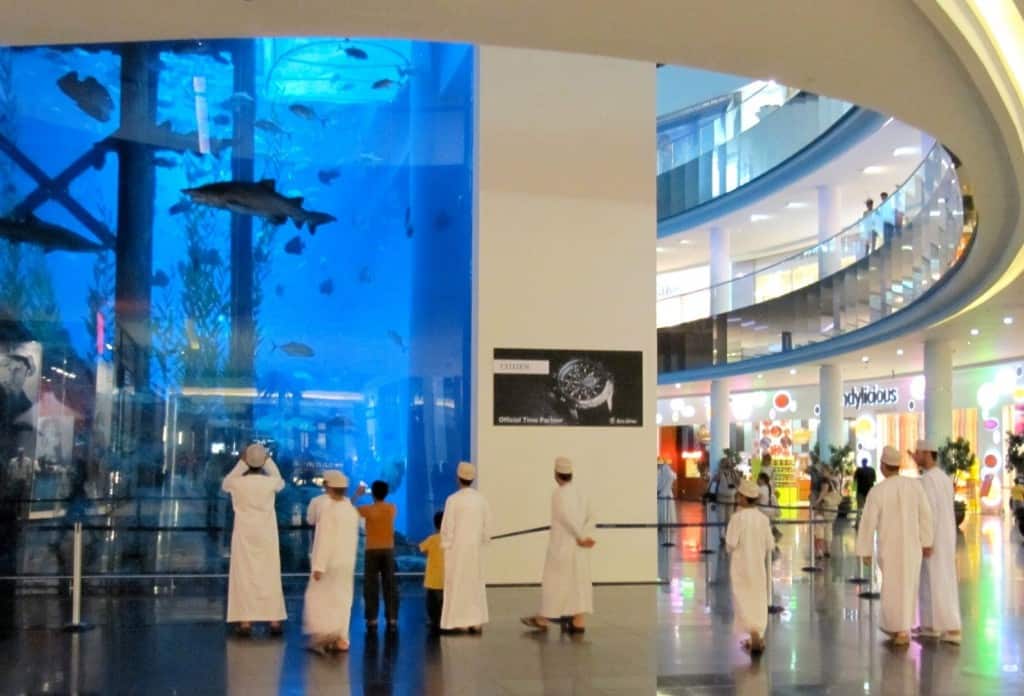 The Dubai Mall is so big it comfortably houses a public aquarium with 33,000 marine animals and a 76,000 sq ft. indoor amusement park. It’s also home to the world’s largest candy shop, at 10,000 sq ft. Sorry Texas, it looks like everything’s bigger in Dubai now. 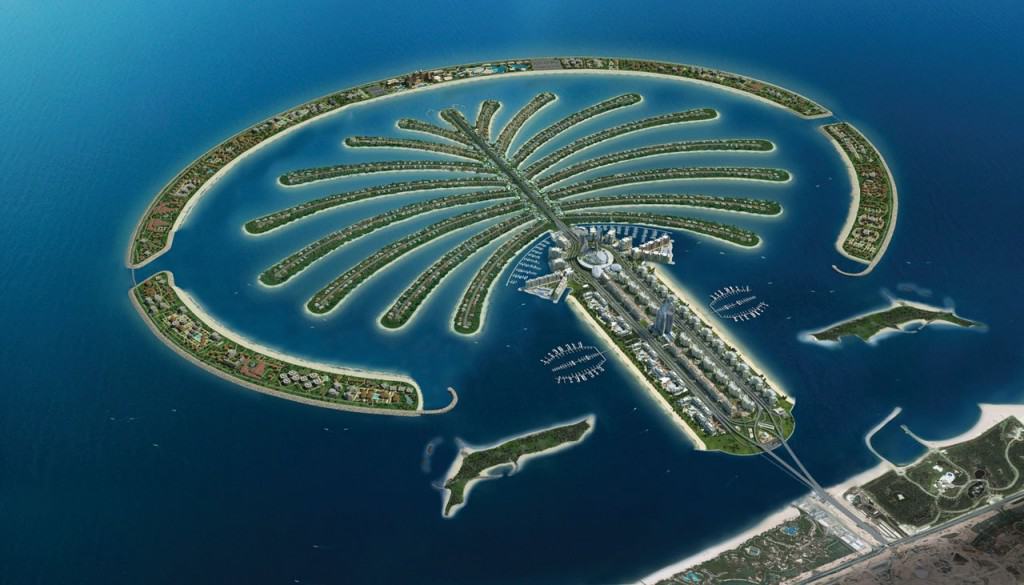 Man-made islands, packed to the gills with hotels and resorts, forming the shape of a giant palm tree. What could be more insane than that? 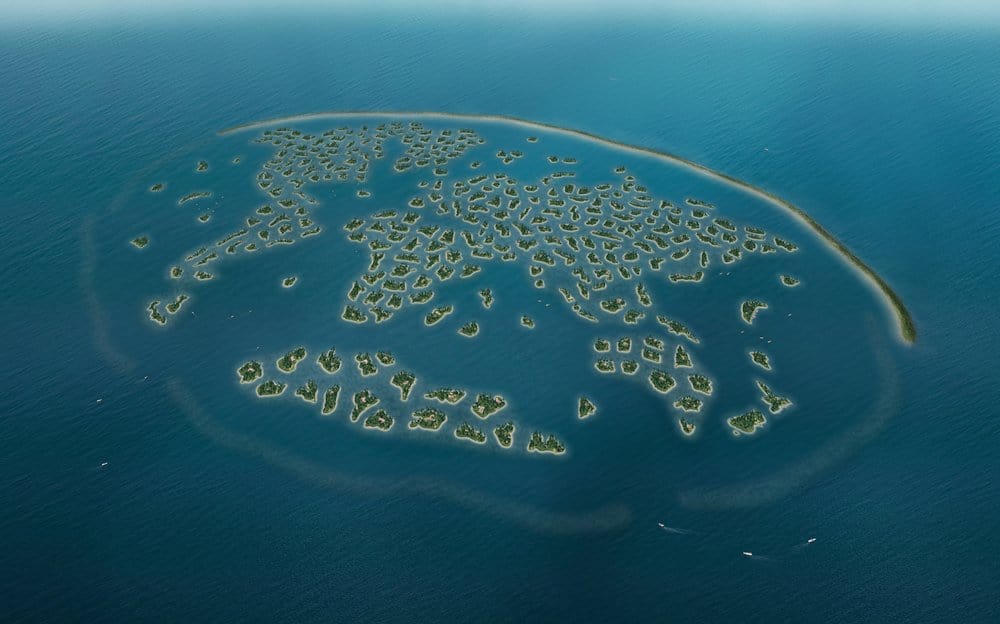 How about a cluster of man-made islands arranged to look like a map of the world? 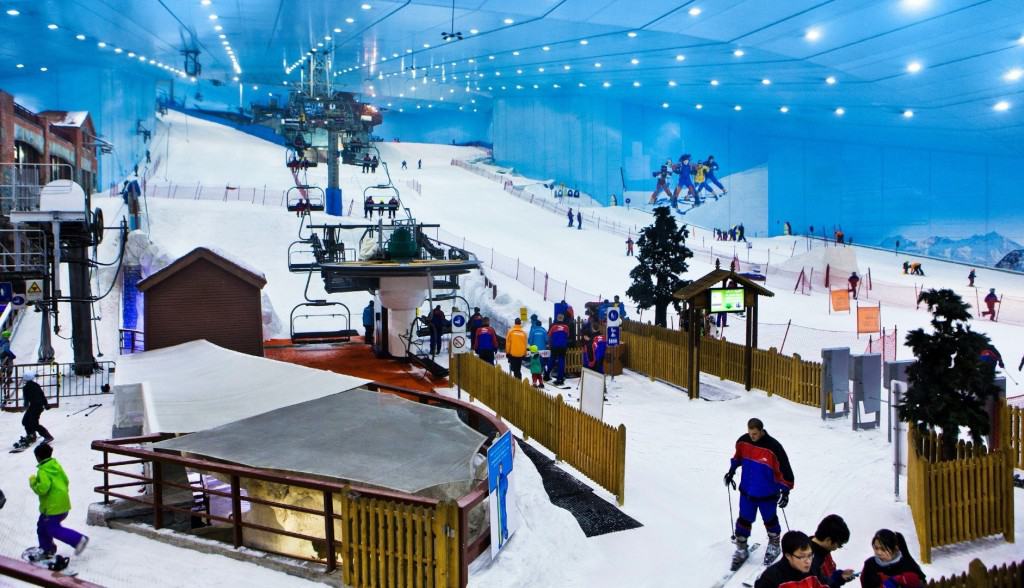 Ski Dubai is an indoor ski resort with a 278 ft. snow covered mountain. It’s located inside the Mall of the Emirates, also home to a 500 seat theater and arts center.

Keep in mind, this is a different complex from the one discussed earlier. You could probably spend your entire life exploring Dubai’s gargantuan shopping malls. Although, a steady diet of mall food might make that life a bit shorter. 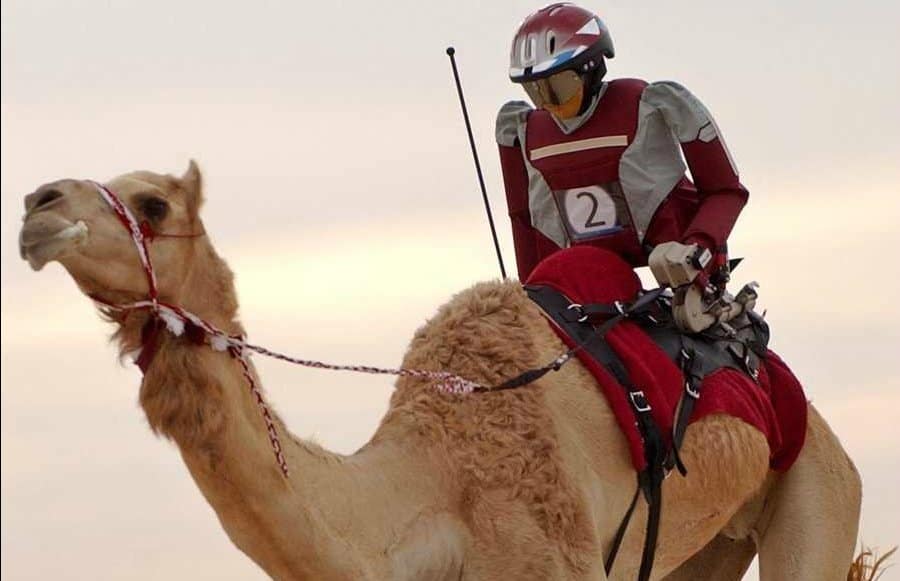 In 2002, the United Arab Emirates officially banned child camel jockeys in response to allegations that the children, many of whom were boys as young as four, were being horribly mistreated. Who could have seen that coming?

It wasn’t the end for camel racing, however. In 2004, high-tech replacements were introduced in the form of humanoid robots capable of whipping and directing the camel just like a real jockey. Let’s just hope they don’t become sentient, we can’t imagine a scarier robot army. 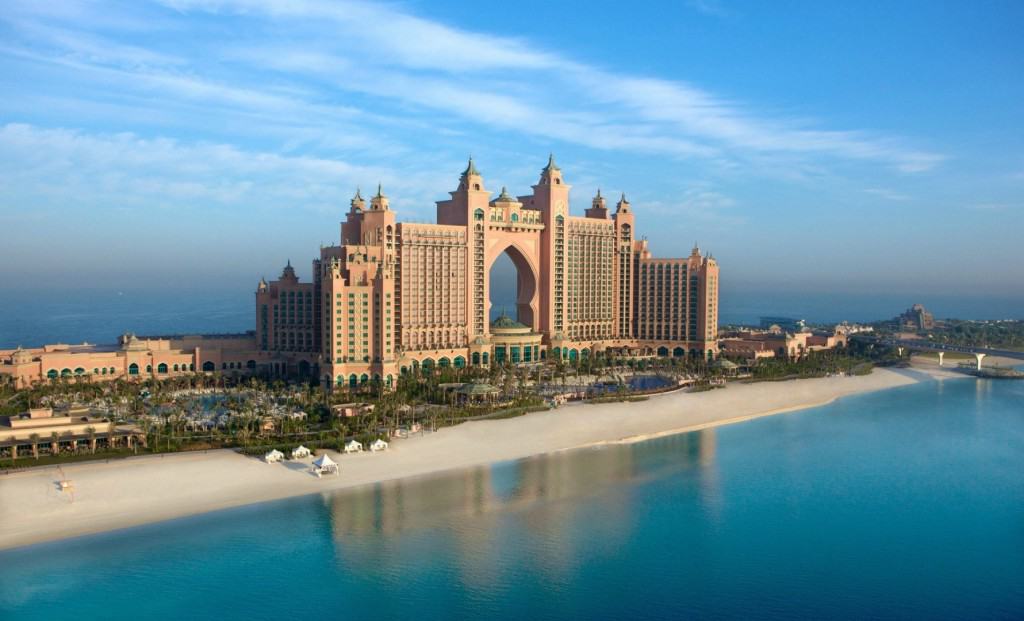 The majestic Atlantis Hotel is themed on the mythical city of Atlantis, but with a distinct Arabian twist. It’s home to a water park, aquarium, and huge replicas of Mesopotamian ziggurat temples. 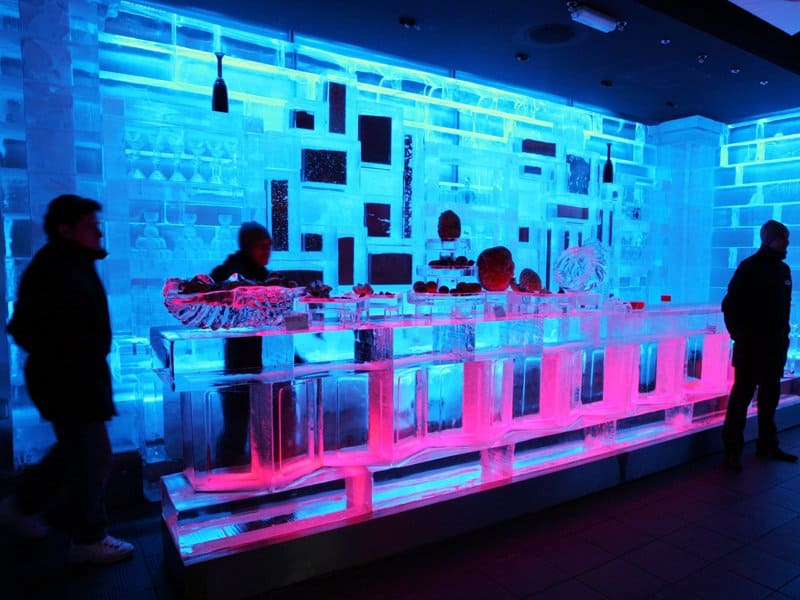 The heat in Dubai is oppressive. You may think we’re exaggerating. No. It’s really, really hot. So, how do you cool down when you live this ridiculously close to the sun? How about enjoying a piping hot chocolate in a -6 degree Ferinheight lounge? The Chillout Ice Lounge is so cold, visitors are issued thermal wear to prevent hypothermia.

‘Alright’, you may say. ‘I understand wanting to cool off, but isn’t that kind of … overdoing it?’ Welcome to Dubai, where overdoing it is just business as usual. 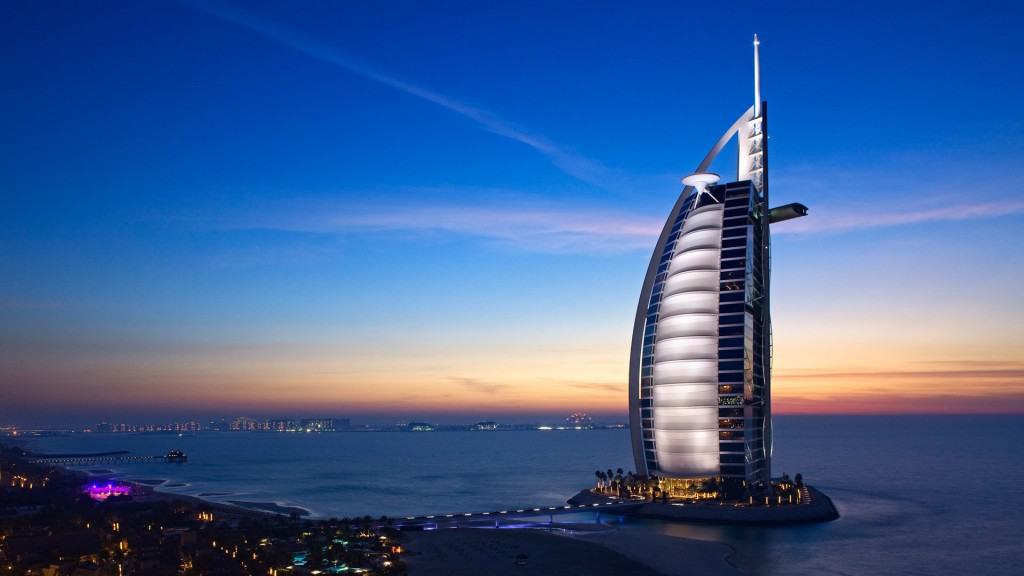 Remember that tennis court in the sky? It sat atop this sail-shaped hotel, which itself sits on a man-made island just off the beach. Why not build the hotel directly on the coast? Because this is Dubai – that’s why!