Despite the fact that screenwriters generally don’t want anyone to mess with their story, scripts are often far from set in stone and are regularly changed on set by the director and producers. It isn’t even unusual for the script to be unfinished while the movie goes into production and starts shooting. While a good script is essential to create a great film, actors can also improvise certain lines or actions through their own sheer brilliance that transforms a scene from good to amazing. These types of scenes can often become famous in their own right and standout from the rest of the movie. 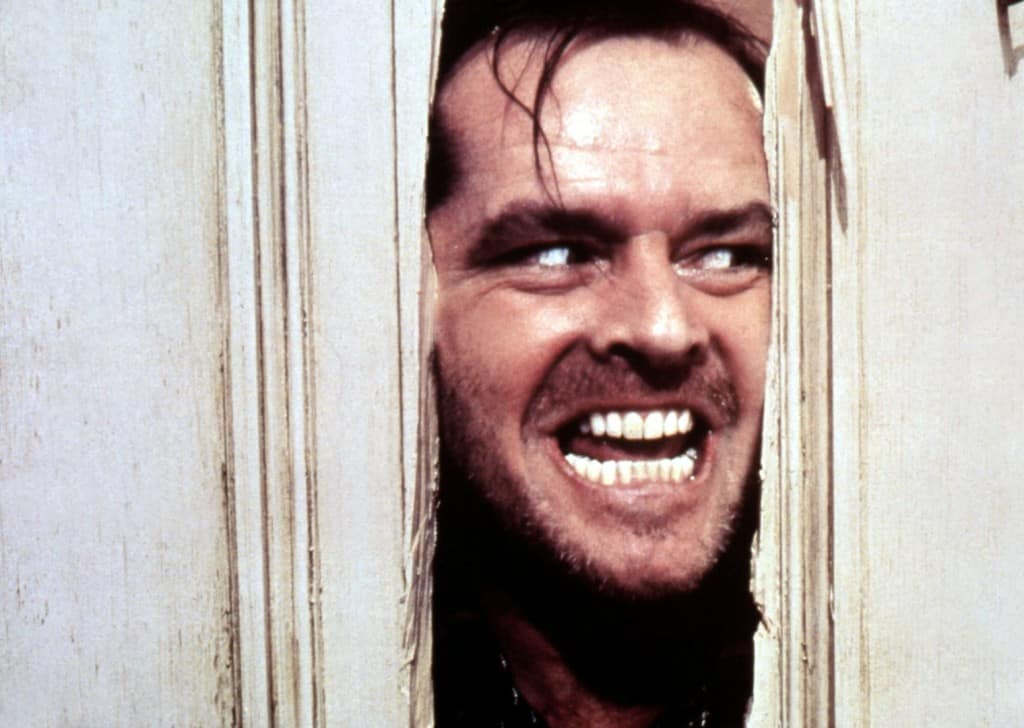 The Shining is widely considered to be one of the best modern horror films of all time. It is particularly remembered for the acting of Jack Nicholson and some of his infamous lines, which include the “Here’s Johnny!” remark. After chopping down part of the door with an axe, Nicholson stuck his head through and shouted the words in reference to The Johnny Carson Show even though it wasn’t part of the script. 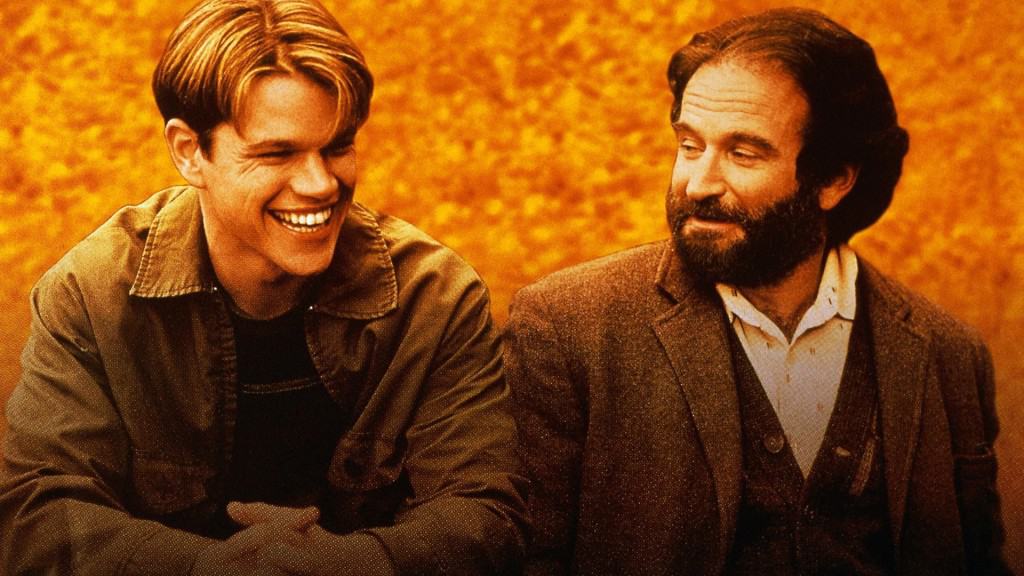 As well as being a deeply emotional and dramatic movie, Good Will Hunting also features a heart-warming scene where Robin Williams discusses a story about his deceased wife. The dialogue sees Williams’ character talk about how she used to fart in bed, causing Matt Damon to laugh hysterically, though the story wasn’t part of the script. Instead, Williams had simply made the whole thing up during the scene and the laughing was genuine. 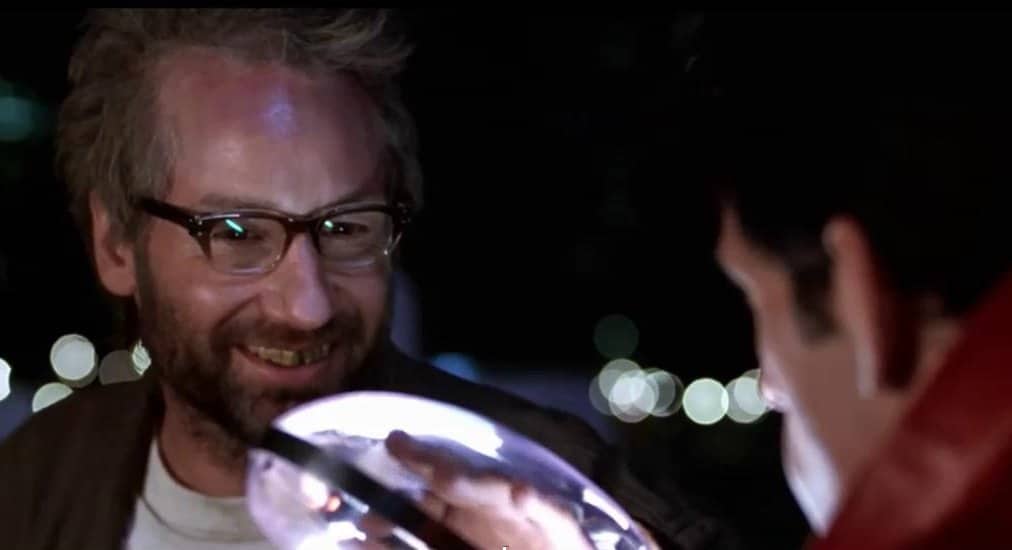 Having had a sinister plot explained to him at great length by the former hand model J. P. Prewitt after asking why the villains chose to use male models, Zoolander then simply replies “Why male models?” It is one of the best gags in the movie and prompts a scathing reply from David Duchovny. The dialogue wasn’t scripted however, as Ben Stiller had simply forgotten his line and repeated the first, prompting an improvised response from Duchovny.

Silence Of The Lambs 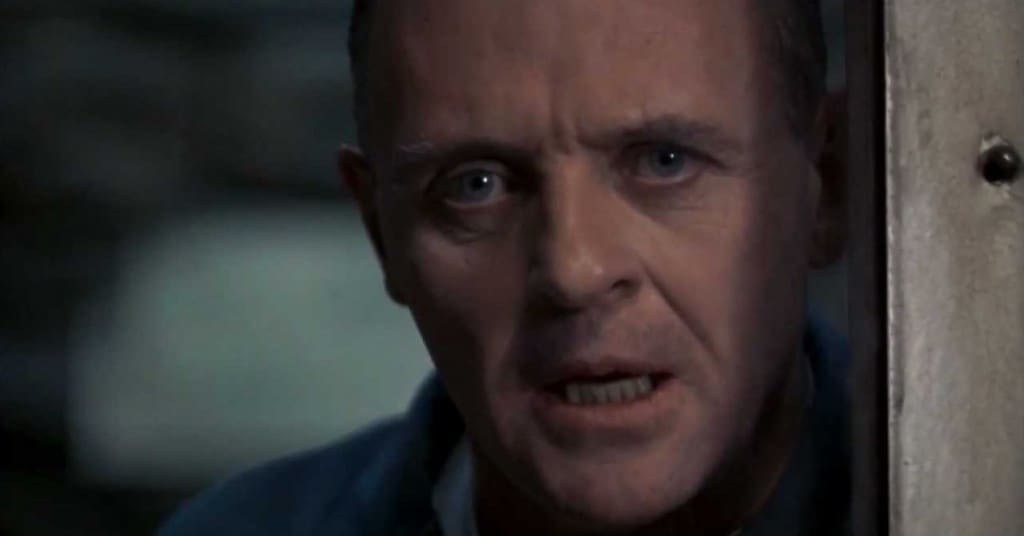 While Anthony Hopkin’s portrayal of cannibal Hannibal Lecter was scary enough to begin with, perhaps his most frightening moment comes when he is describing how he eats people and issues a horrifying hiss noise. The sound wasn’t part of the screenplay and Hopkins had only done it to try to scare co-star Jodie Foster, however the director liked it and kept it in the final edit. 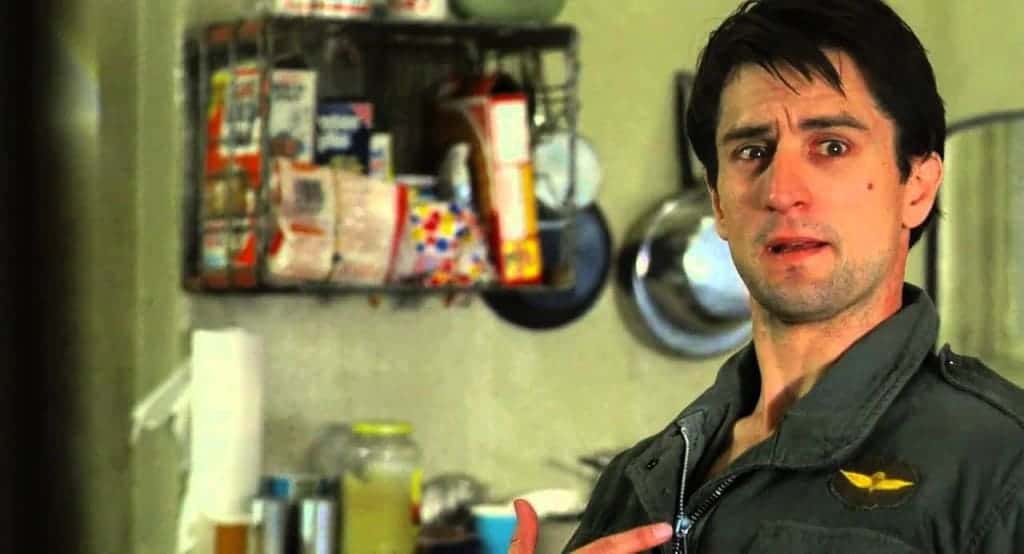 Robert De Niro had to improvise almost everything he said in the mirror as he began to lose his sanity in Taxi Driver as the script simply said that his character should speak to himself. As he pretends as if he is speaking to a politician he is planning to kill, and he repeatedly says “You talkin’ to me?” 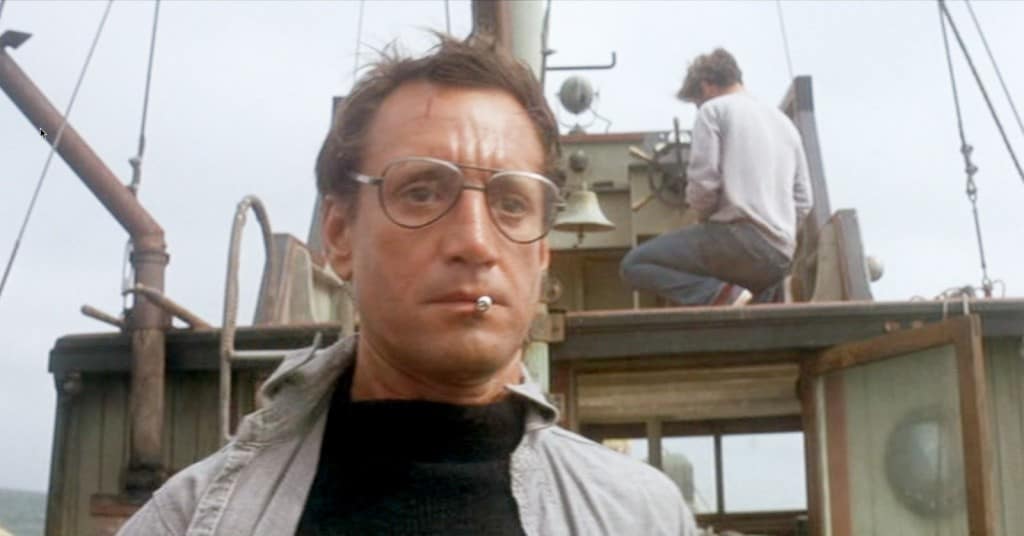 Jaws features a scene where Police Chief Brody first sees the giant shark and gets a glimpse of just how big it is. In response, he turns to Captain Quint and exclaims, “You’re going to need a bigger boat.” The remark was not scripted and Roy Scheider said it spontaneously as he though it would fit with his character. 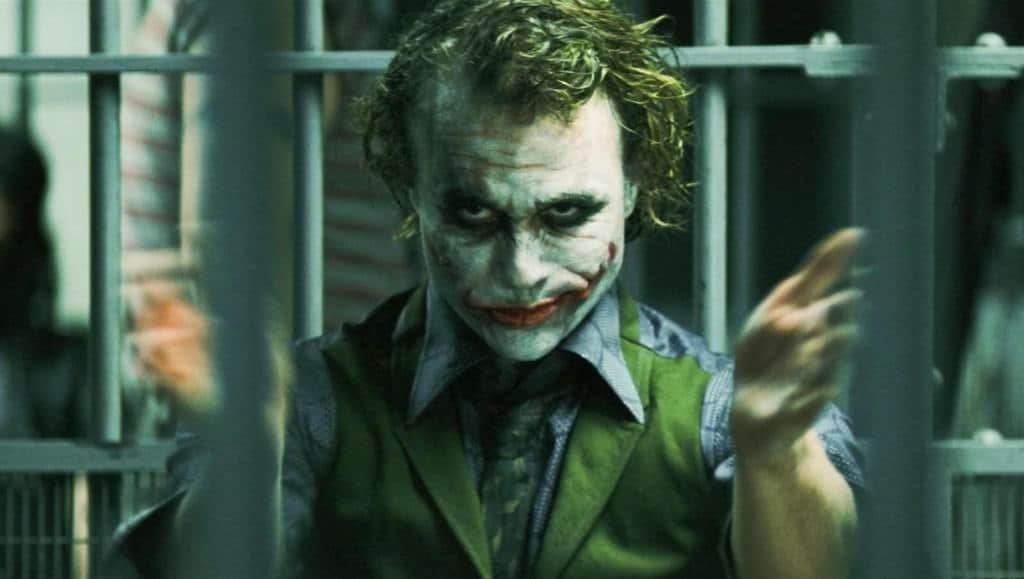 The Dark Knight features an unnerving scene in the middle of the film that shows the bizarre and unsettling nature of the Joker. During a scene where James Gordon is promoted to Commissioner, everyone begins to applaud while Heath Ledger’s character slowly claps his hands together without showing any emotion on his face. The complete sequence was improvised and kept in by the director as he felt it fit with the character completely. 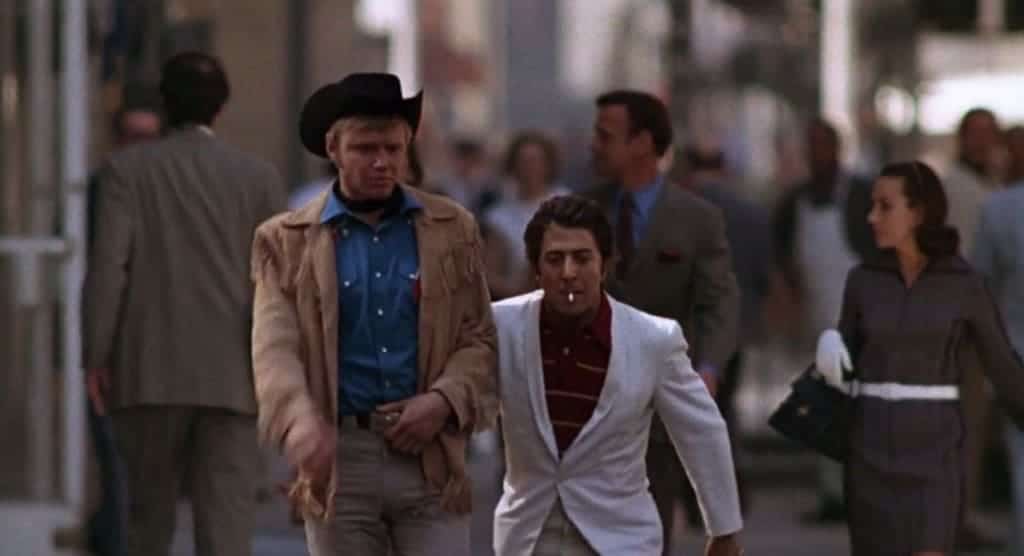 There is some dispute over whether the infamous line from Midnight Cowboy was ad-libbed or not. According to Dustin Hoffman who smacked the taxi and said, “I’m walking here,” the line was improvised when he was nearly hit by the cab. However, the director claims that the words were in the script.

Star Wars: The Empire Strikes Back 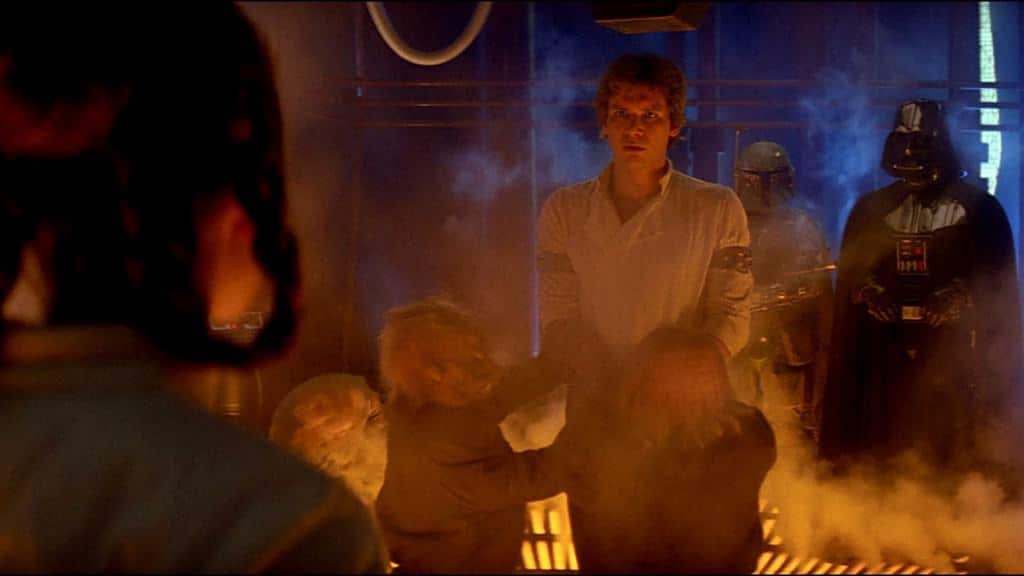 Having established the character of Han Solo as very much his own man with a very strong personality, Harrison Ford felt that the character would never reply with “I love you too” after Princess Leia told him just how she felt. Instead, George Lucas asked Ford to say whatever he felt was right and he said the immortal words “I know” which was the perfect response for Solo.

Indiana Jones and Raiders of the Lost Ark 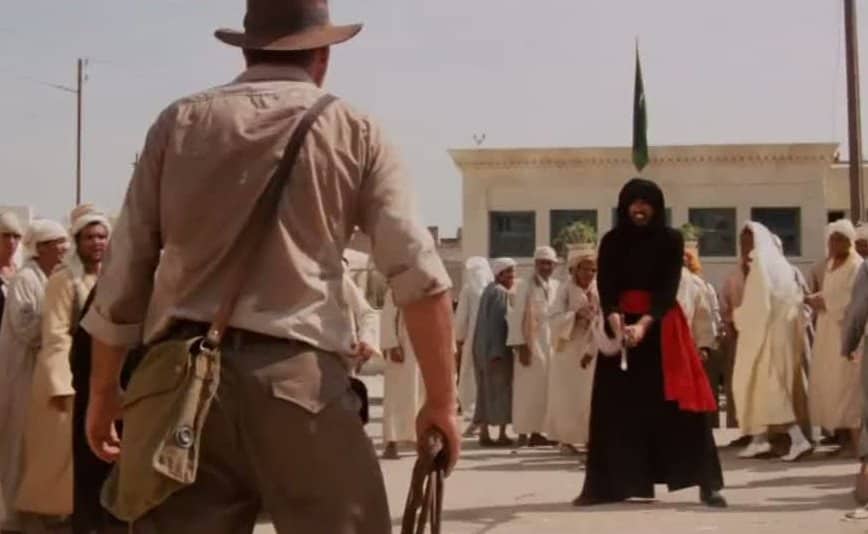 One of the most memorable moments in Raiders of the Lost Ark is the scene where Indiana Jones is chasing after Marion Ravenwood. During the pursuit, he is attacked by a skilled swordsmen who shows off his skill yet, rather than fight him, Indy decided to pull out his gun and shoot him. The funny twist to what was supposed to be a dramatic sword fight came about because Harrison Ford had food poisoning and was too tired to film the scene as described by the script.