Top 20 Places To Live, Work And Be Happy

Maybe you have just joined the workforce and you already realize that working nine hours a day at a job you hate isn’t a way to spend the rest of your life. Maybe you’ve been working for a while and you’ve suddenly realized that you can save a little bit of effort by moving to a place and a career that makes you happy. Maybe you just can’t do what you’ve been doing any longer and you desperately need a change of scenery. Whatever the reason, you’re on the hunt for the best place in the world to work, while also having the best quality of life and being truly happy. Luckily for you, we’ve come along to give you the list of the countries in the world that have a great combination of happy workforces, good pay and low unemployment. 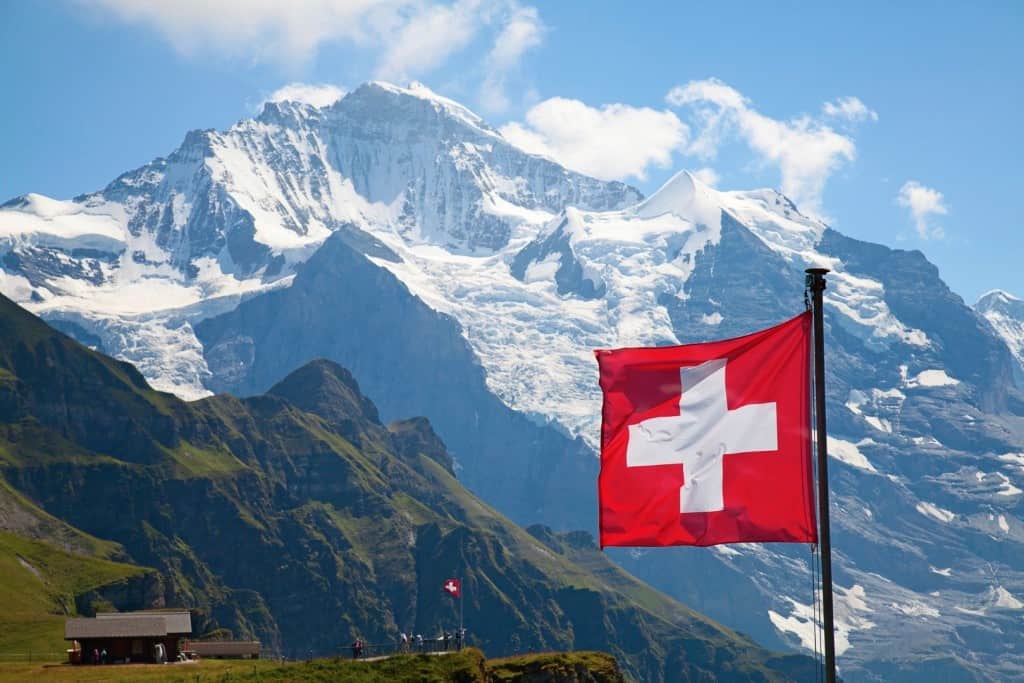 Switzerland is one of those countries that is very good for women who have children, when it comes to finding work. The country has an unemployment rate of just over 3 percent. That ranks among the top 20 in the world and is constantly at or near the lowest rate in all of Europe. 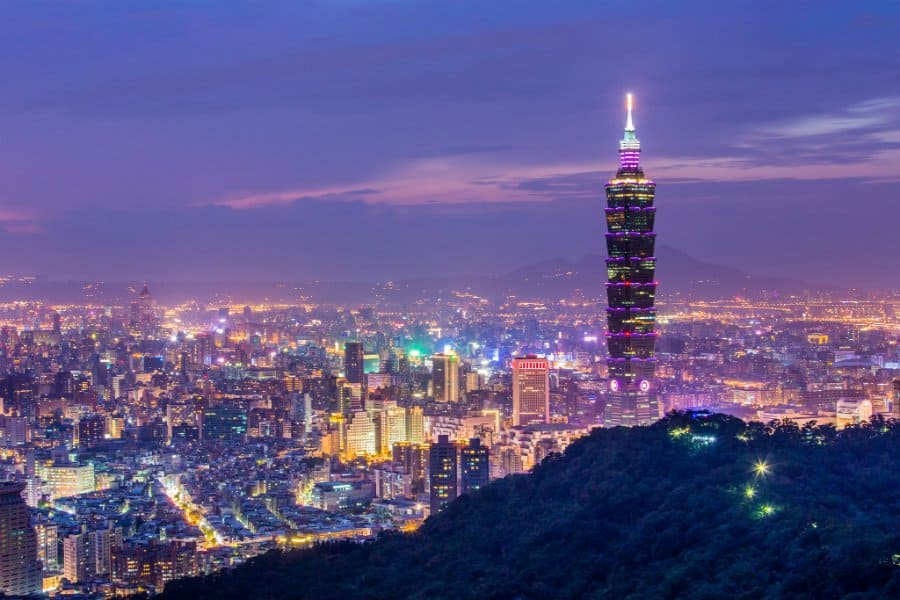 The people in Taiwan tend to live pretty long lives on average and they are able to enjoy steady employment while they are enjoying their long life spans. The unemployment rate of just 3.76 percent is the envy of plenty of countries in the region, as well as the developed world. 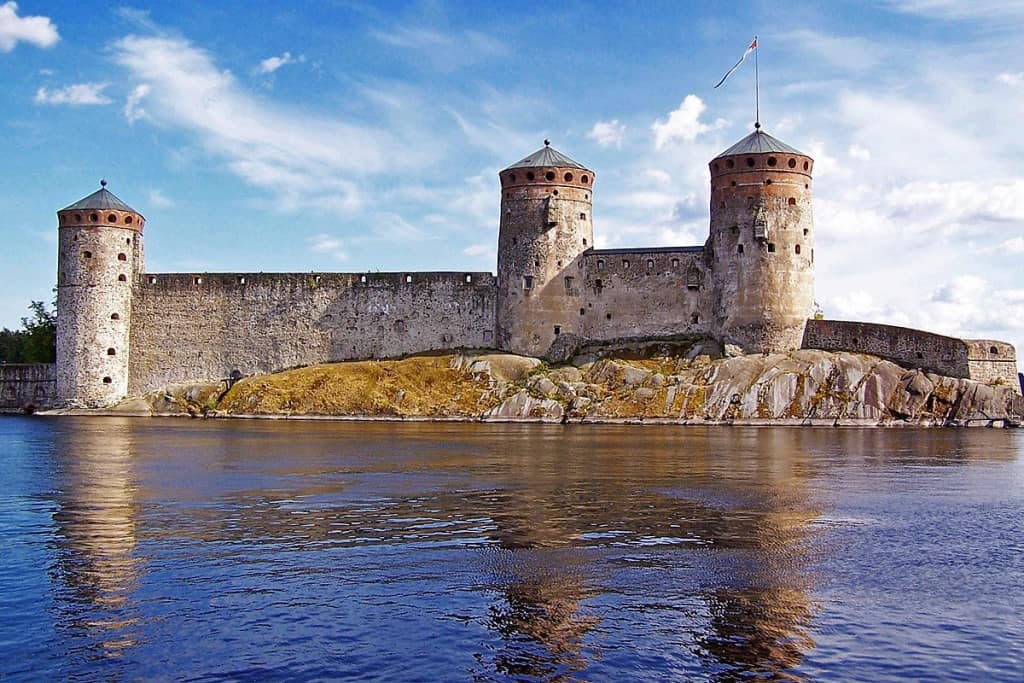 Finland actually falls short of some of the other countries on this list, considering that four percent working more than 50 hours is actually quite a high number in this group. Workers are making a decent wage, averaging more than $46,000 but that’s not astronomical.

What puts them on this list is how the country has chosen to deal with working parents. Government officials make sure any working parent who wants it, has easy access to free childcare. 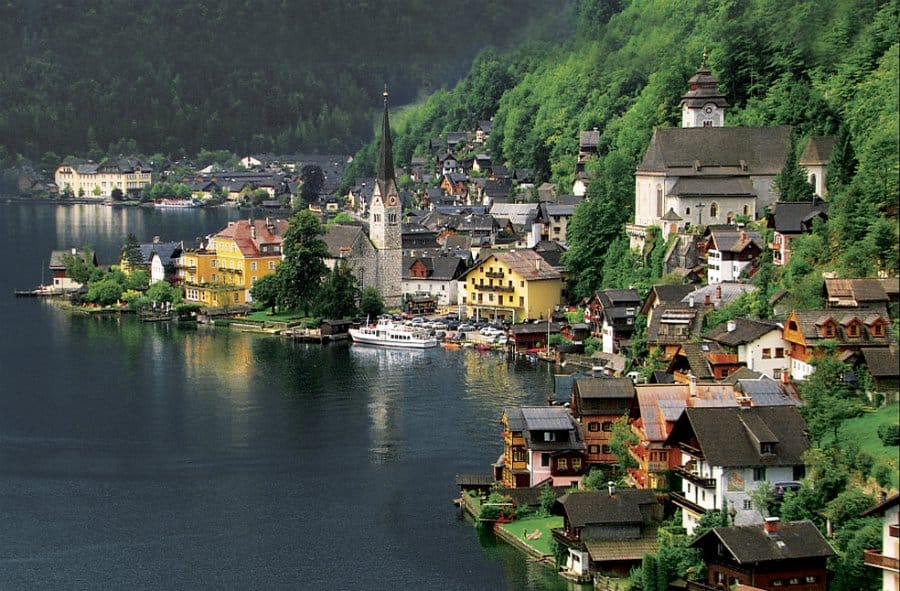 While Austria is still working its way back to real prominence with an unemployment rate of 8.3 percent, those who are able to get and keep work are earning an average of more than $38,000 per year.

The country also has a good standard of living and a nice life span with people in the country living well into their 70’s on average. 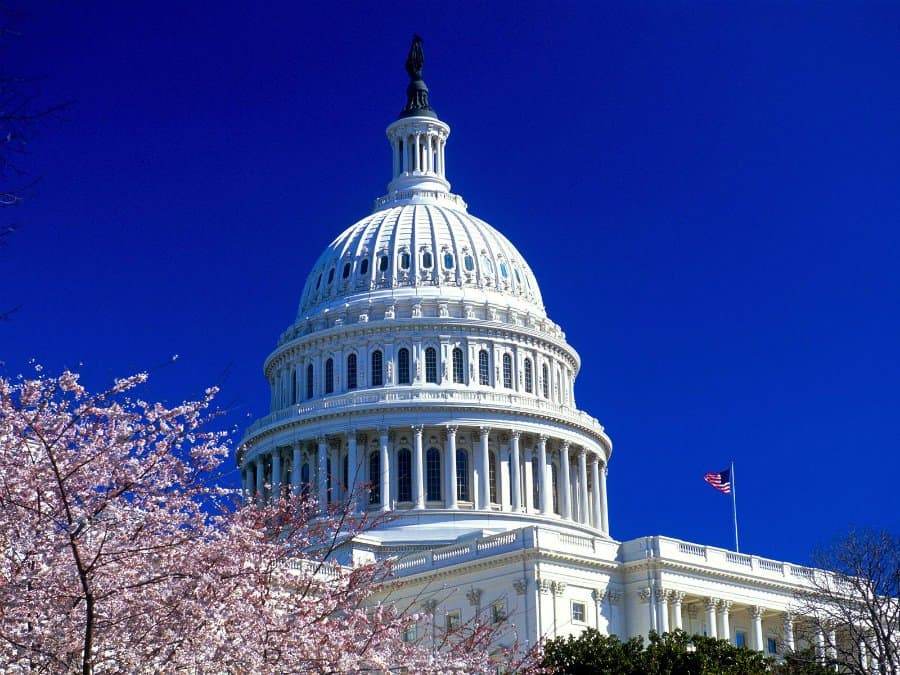 The United States probably wouldn’t have made this list just a few years ago. The country has managed to turn itself around and now has one of the higher per capita incomes in the world, while also boasting an unemployment rate of just 5.3 percent. Women who have school age kids are able to find plenty of jobs, with 73 percent of this population working. 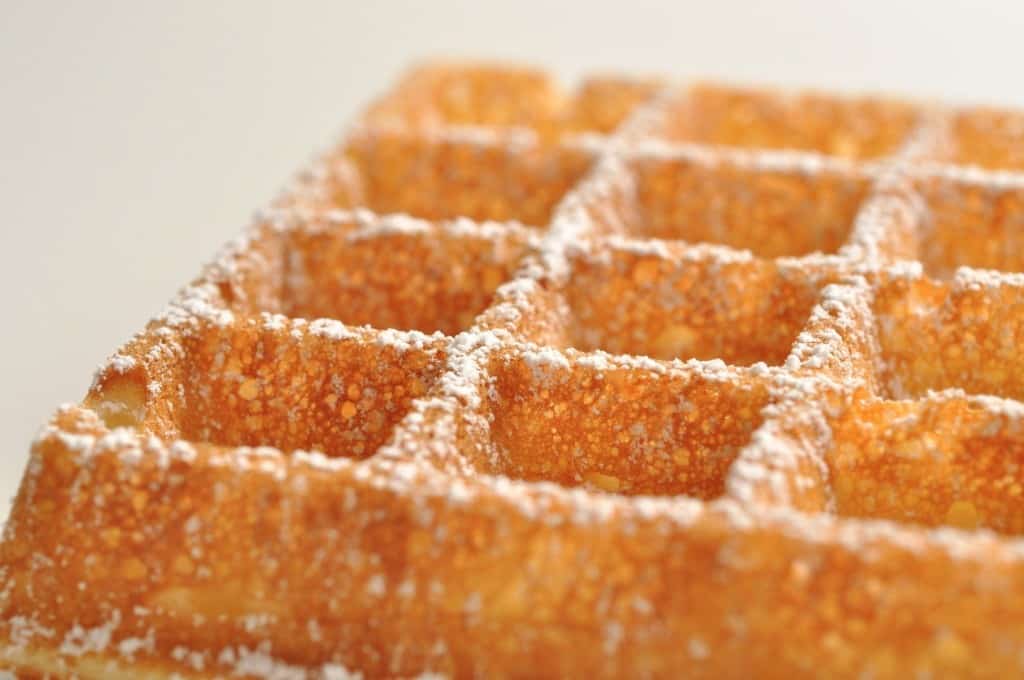 Belgian people worked an average of just 1,550 hours per year. That is amongst the lowest in the world and that means you’ll have plenty of time to have some fun with your friends or hang out with your family. Just four percent of workers averaged more than 50 hours per week. Also, there’s the draw of Belgium Waffles. 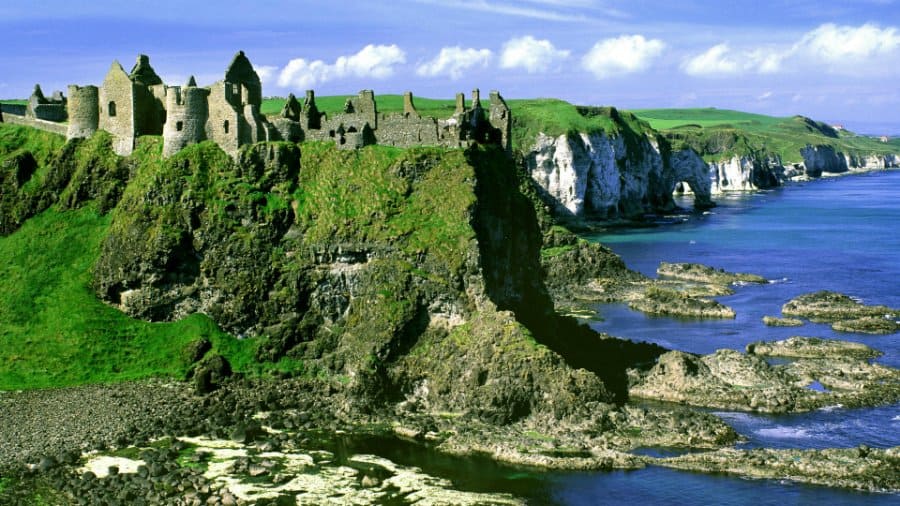 Ireland is on this list thanks to its per capita income and its low (for the region) unemployment rate of just over nine percent. That might seem high when compared to a few other countries on this list but when you factor in the high pay, it appears that if you can get yourself a job in Ireland, you’ll be quite happy there. 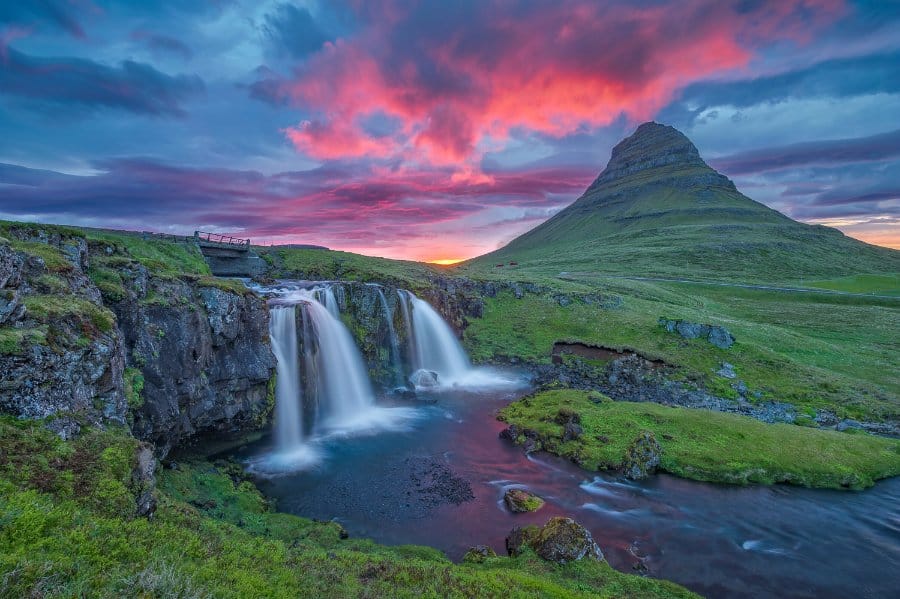 Iceland is a great place to work for all sorts of people, but it is especially attractive for women who want to have families and still work. 87 percent of mothers in Iceland also hold down a job after their children reach school age.

The annual salary approaching $45,000 means that for the most part, people who have a job are making decent money. Considering the country has a 3.2 percent unemployment rate, nearly everyone who wants a job can get one. 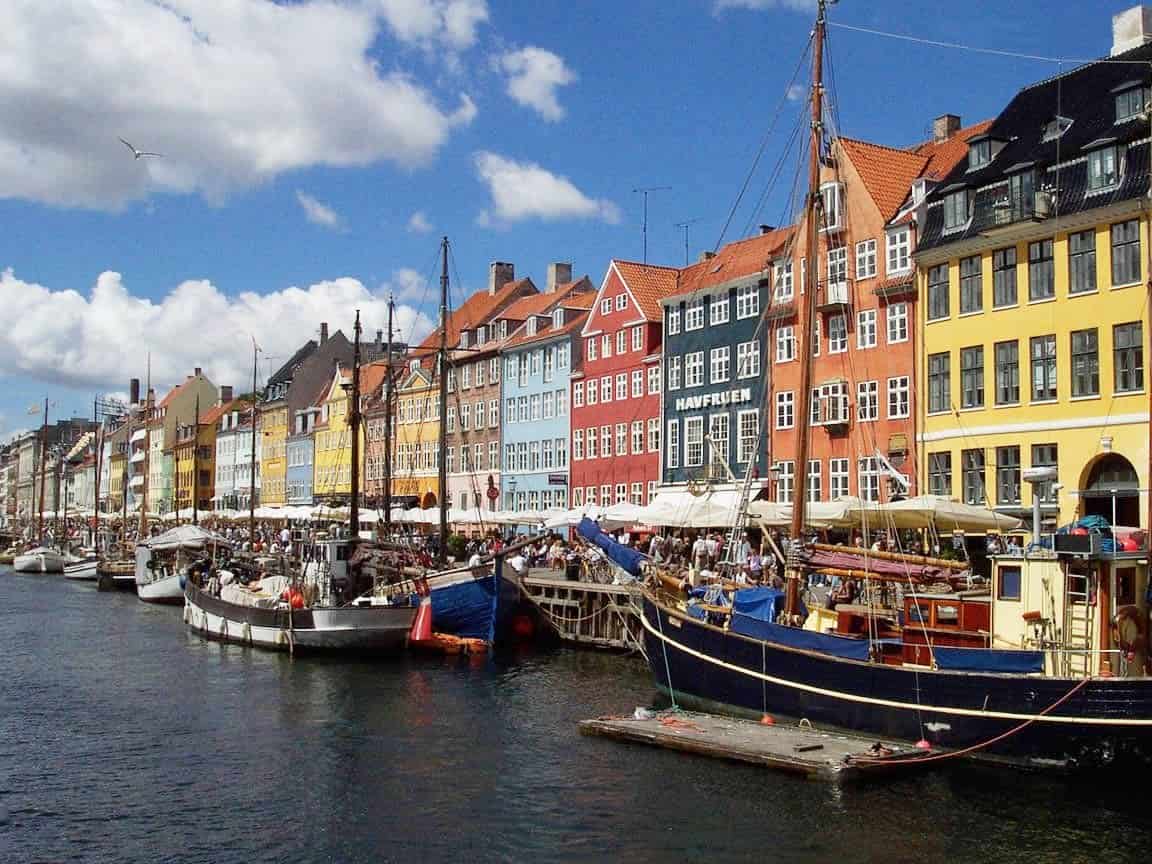 Denmark is a great place to live and work in general, but it’s especially great for women with children. The average salary is a whopping $77,000 despite the fact that just two percent of the country’s population are classified as working “very long hours.” The employment rate of women with children is 78 percent and just two percent of the country’s children are considered as living in poverty. 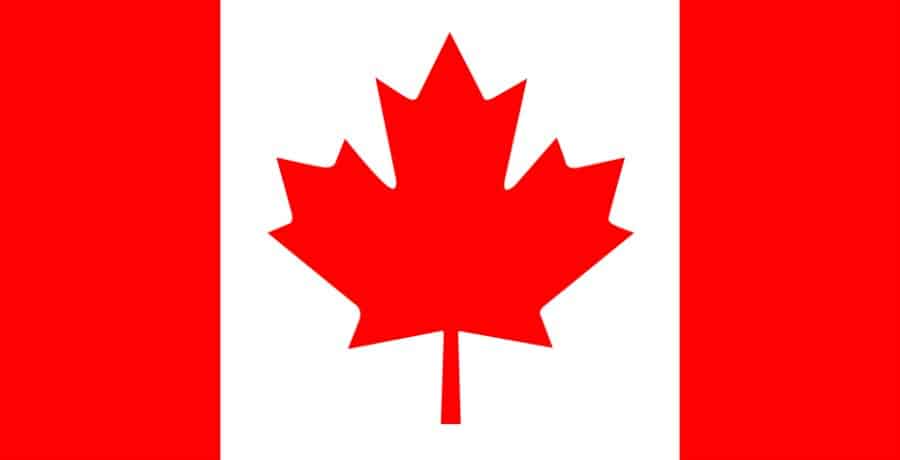 Canada benefits from a place where people live, on average, into their eighties and generally can find a job, thanks to an unemployment rate of 6.8 percent. When it comes to long work weeks, just six percent of the people toiling away are working more than 50 hours per week.

Universal healthcare and a country that is generally considered one that is filled with friendly people are bonuses if you’re deciding to live and work in the Great White North. 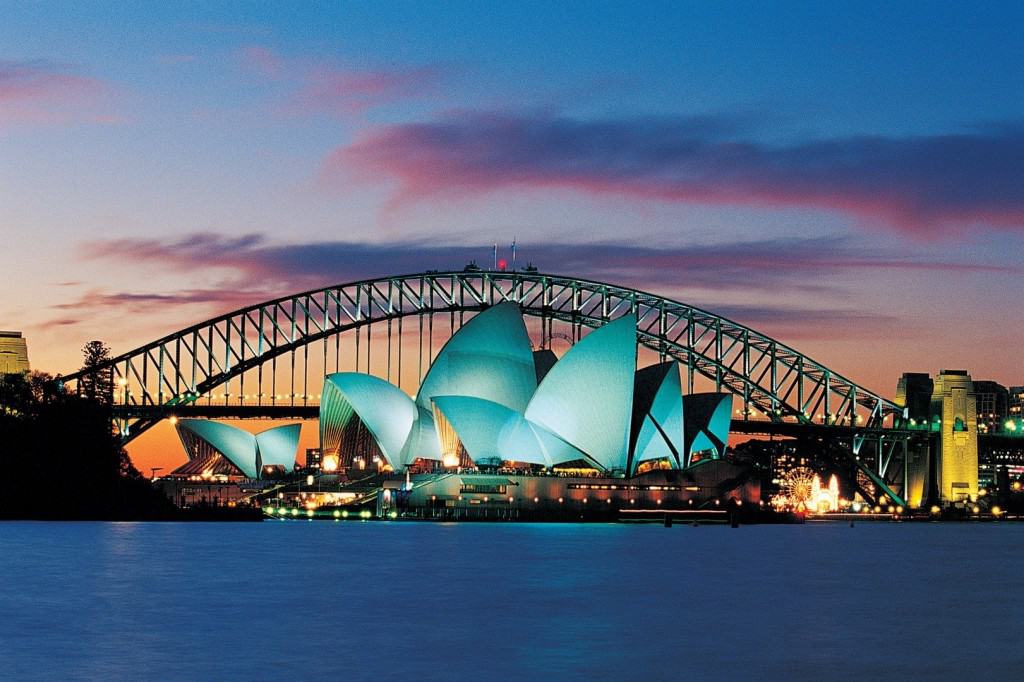 Australia has a pretty decent unemployment rate sitting at six percent and are right in the middle when it comes to annual salaries. What puts this country on the list is a combination of other factors, such as good life expectancy and a clean and safe environment. 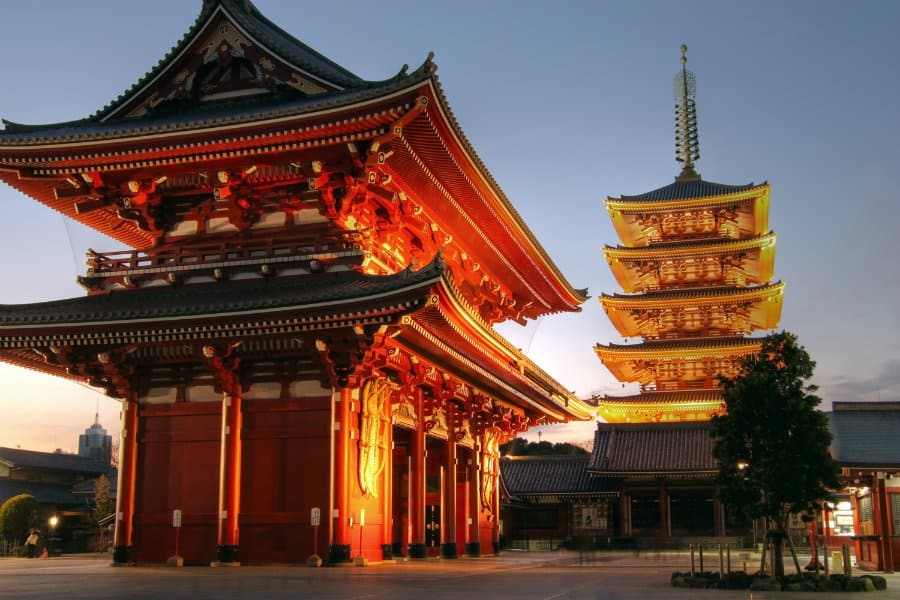 Japan is currently boasting a rather minuscule unemployment rate of just 3.3 percent. While the country doesn’t have an average income that is among the best of the best, workers in the region know they have a good chance of earning a living wage, with an annual income around $39,000. 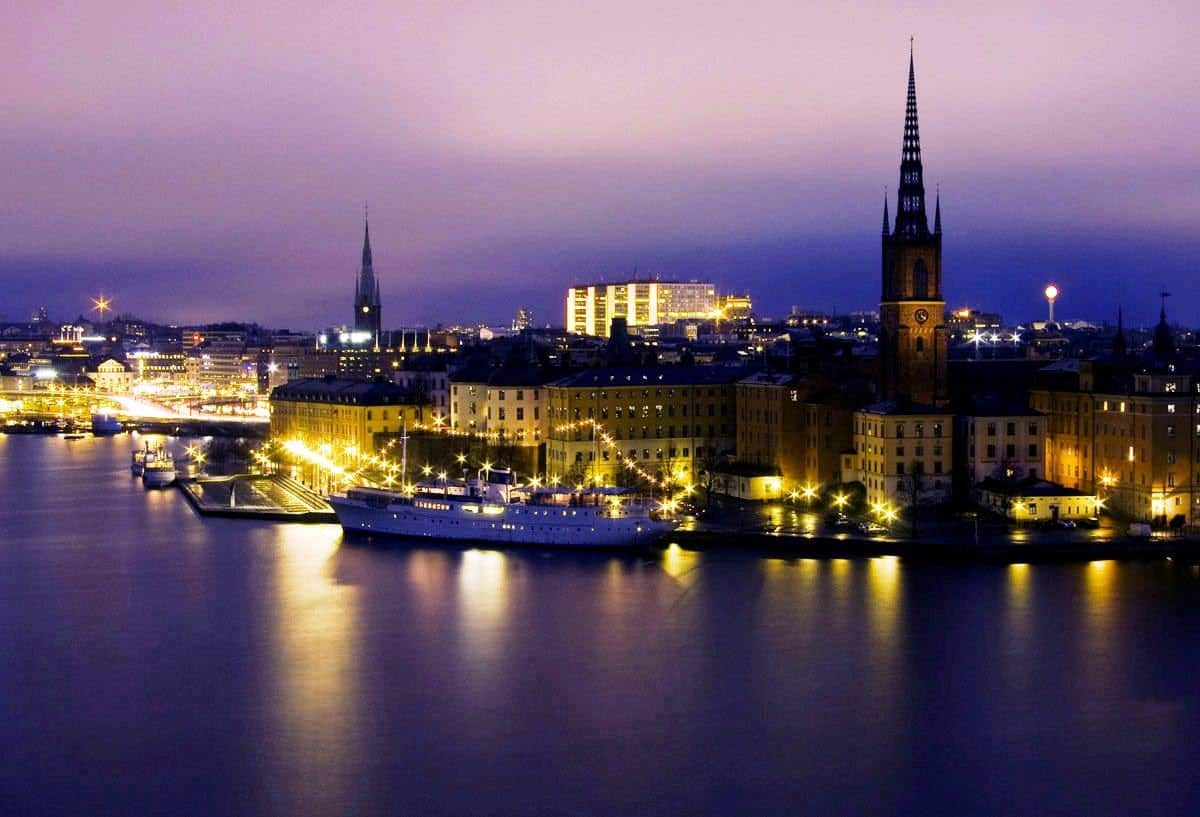 Sweden actually has a rather high unemployment rate (8.5 percent) but if you can find a job there, you are going to like it. The country has just one percent of its workforce putting in more than 50 hours per week and less than eight hours per day.

Workers also earn more than $45,000 a year, among the best annual salaries in the world. 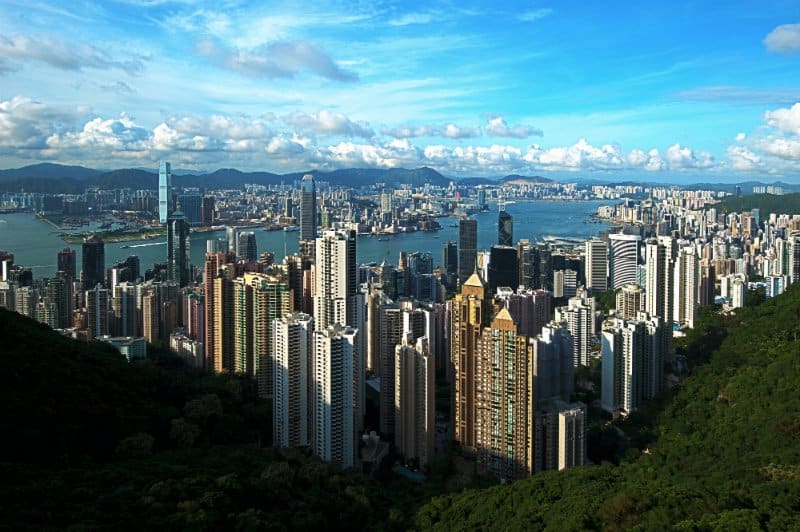 People in Hong Kong not only live long and fairly happy lives, but they also get rather decent pay. The unemployment rate might not be the best in the world, sitting just over six percent, but it’s very comparable to other developed nations in the world. When you factor in a high education level of the average citizen and the beauty that surrounds the culture, this seems like a place someone could set up shop and start a career, or continue an already successful one. 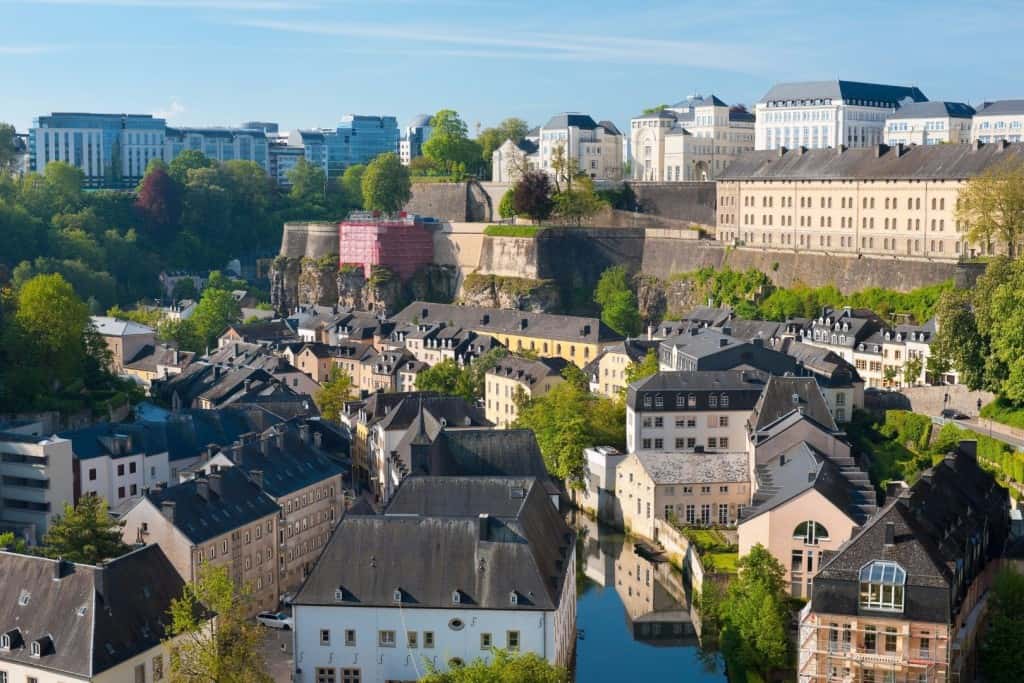 This country is the one of the richest in the world when it comes to per capita income. That number comes despite the fact that just four percent of its population are logging work weeks longer than 50 hours on average.

If there is a negative in this country, it’s the really low number of women with children who are working. Just over half, 57 percent of mothers are working. Of course, it’s possible that with the high wages, more mothers than ever are choosing not to work. 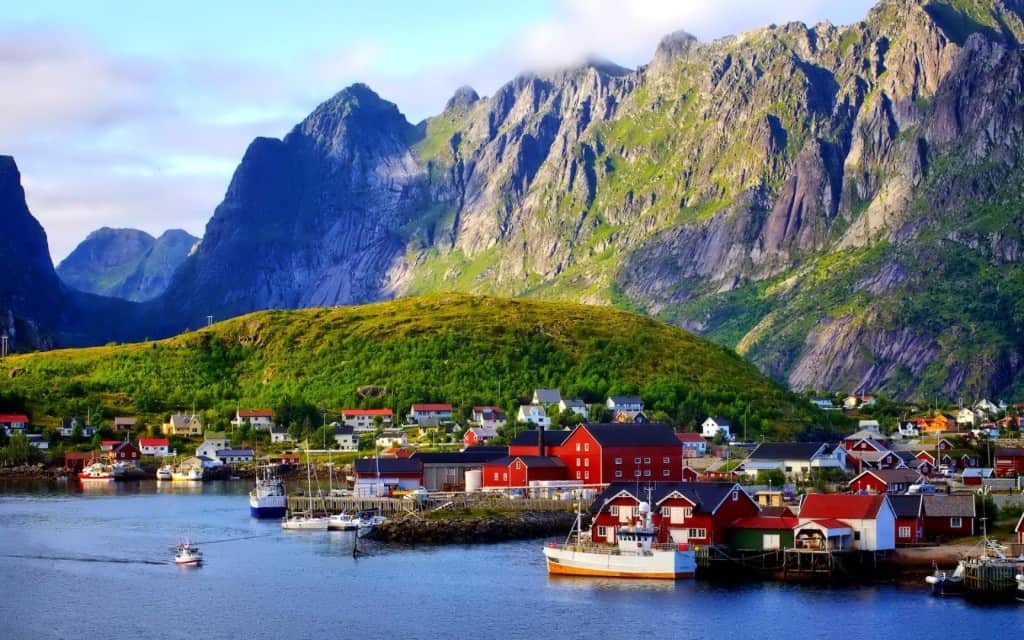 Norway might seem like a place no one would want to move to, but it turns out if you do, you’re going to be a pretty happy employee. According to a 2013 study, the country’s workers average more than $65,000 a year (third highest in the world) and just three percent work more than 50 hours a week. 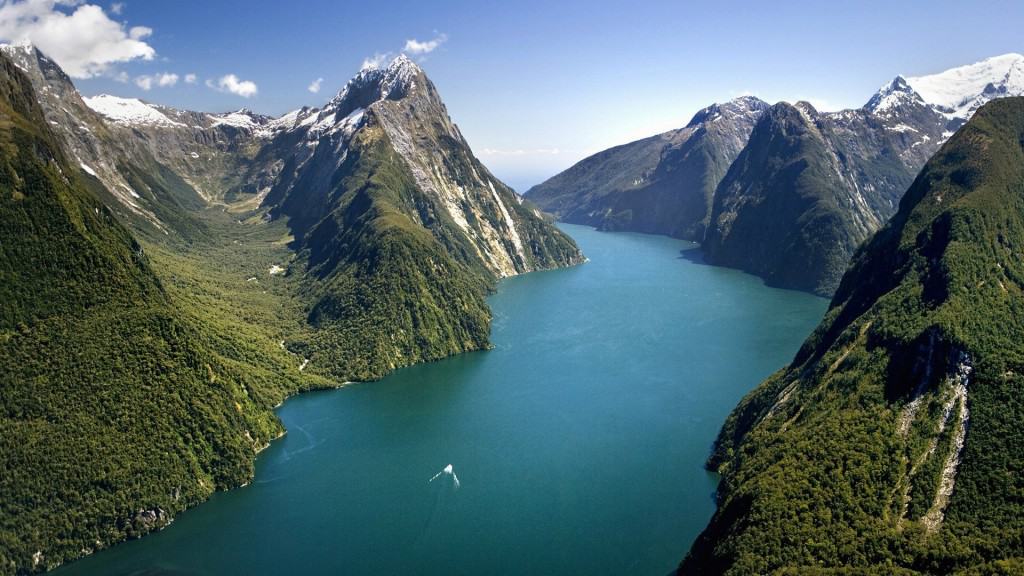 Like its neighbor, Australia, New Zealand is a country that is thought of as quite impressive. The unemployment rate is actually less than Australia and comparable to countries like the United States and the UK with a percentage right around 5.8 percent.

Those who are living and working in the country are making a decent wage, on average around $34,000 and living well into their eighties. And then of course, there is the same kind of beautiful surroundings that visitors to the area have been talking about for decades. 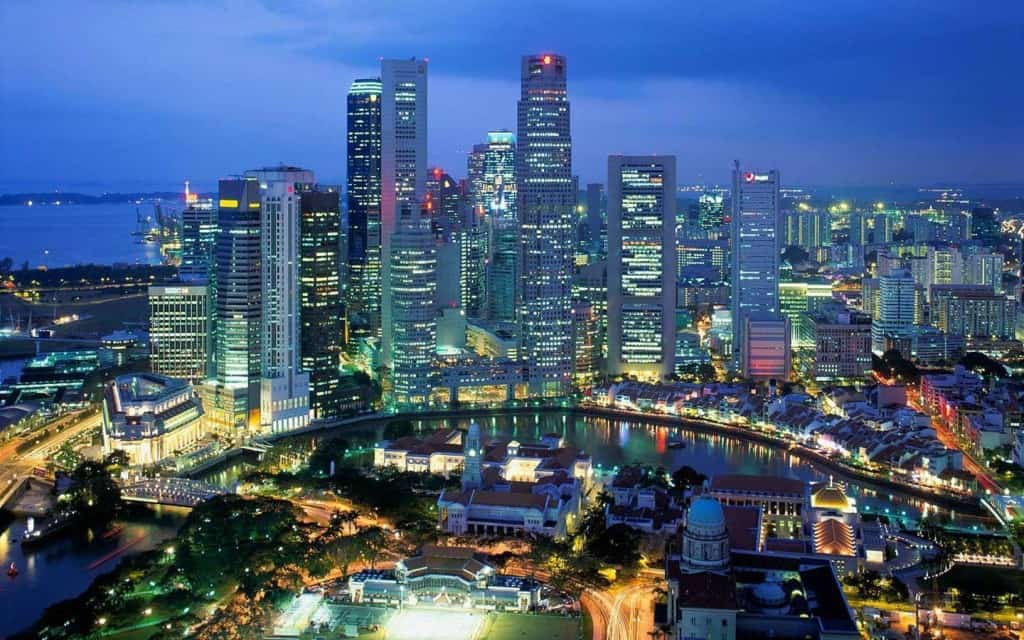 Some people might be a bit surprised to see Singapore on this list. The fact of the matter is the country is rather pretty, has an unemployment rate of a minuscule 1.81 percent and its workers have a per capita income of more than $78,000. 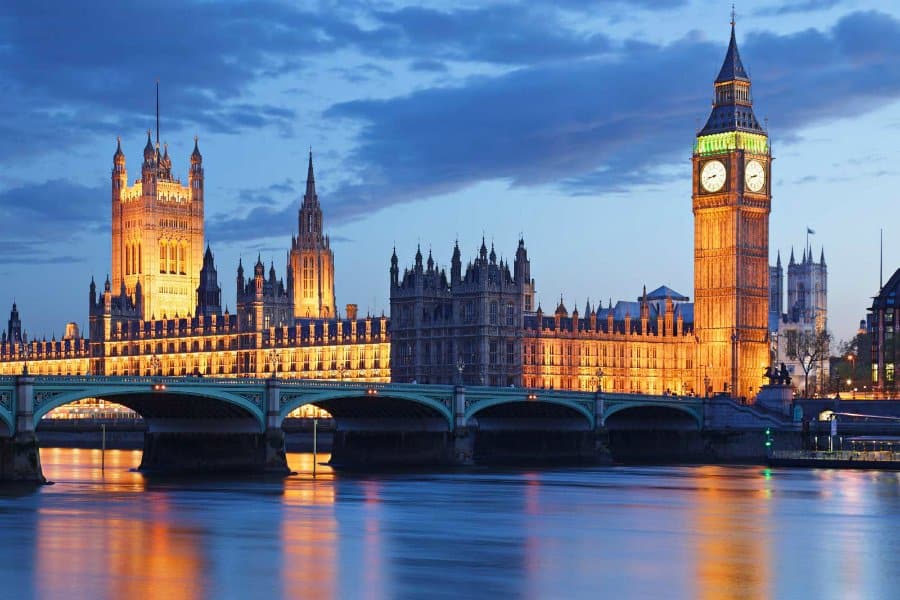 When it comes to living a long and healthy life, the UK ranks amongst the top countries in the world. The country has an unemployment rate of just around 5.6 percent and an average salary of around $43,000.

Even better is you might get the chance to see the royal baby as you’re out and about getting your new career in Great Britain kicked off. 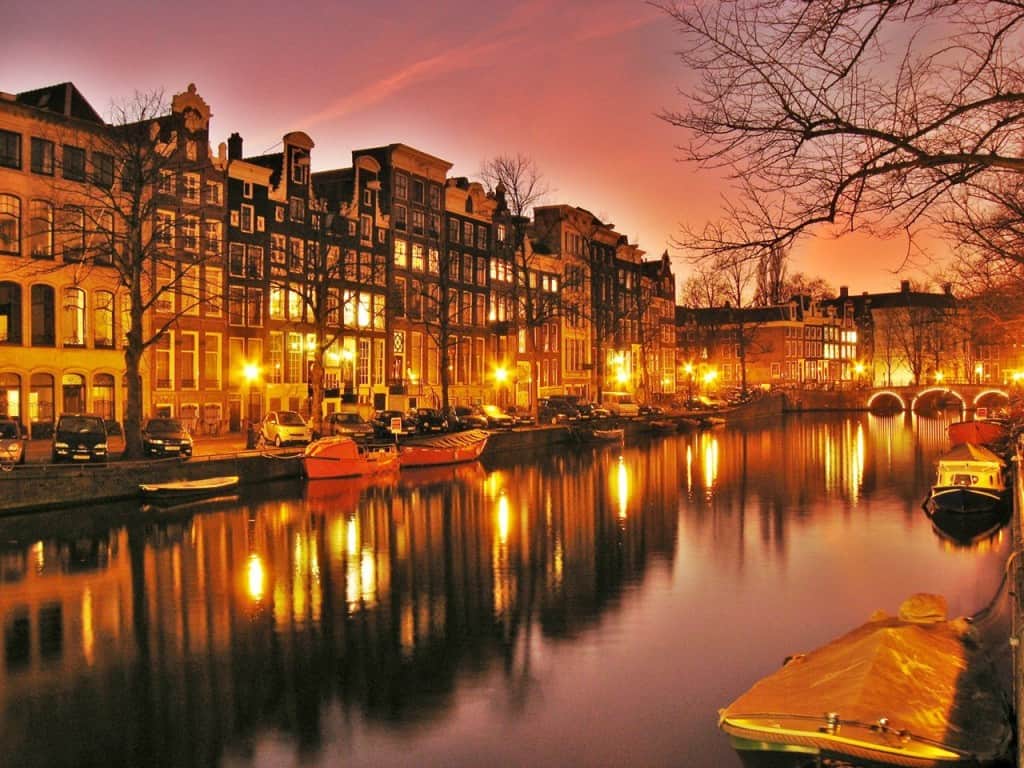 First of all, you’ve got Amsterdam, which is like the Las Vegas of Europe, if Las Vegas was a little more like Heaven. You’ve also got a workforce that worked less hours, on average than almost anyone else in the world. Just one percent of the population averaged more than 50 hours a week.