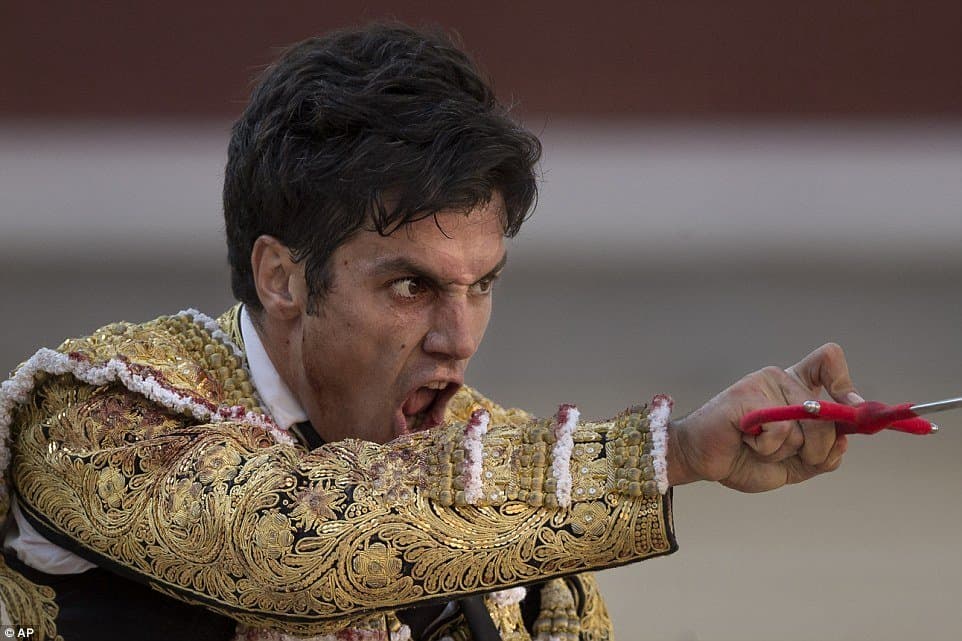 Lorenzo Sanchez, An Experienced Matador, Gets Gored By A Bull

There is plenty of controversy surrounding bullfighting, which is one of Spain’s oldest traditions. Unfortunately, the animal and human participating both tend to get hurt while performing for a packed arena of onlookers. Animal cruelty activists and traditionalists are always battling against each other.

During his most recent performance, experienced Matador Lorenzo Sanchez, at Madrid’s Las Ventas bullring this past weekend, was gored in the neck while fighting a particularly large, raging bull, reports Daily Mail. The Spaniard tried to defeat his opponent, but it ended up getting angrier, tossing him in the air and brushing off the man as if he were a doll.

At one point during the match, the bull was lodged in Sanchez’s leg as he was flipped down onto his bloodied face. His nose also appears to be broken during the bout, though there was so much blood covering him that it was hard to tell. The bull then tried to dig his horns into Sanchez’s chest, which the matador tried desperately to prevent by pushing away.

Thankfully, Lorenzo Sanchez walked out of the ring of his own accord.