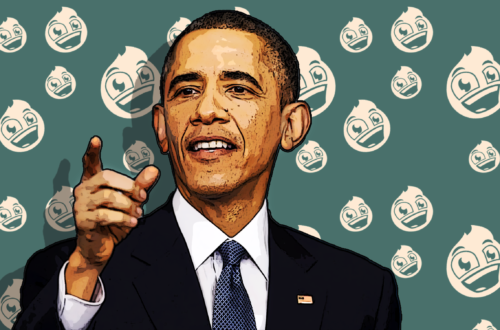 Barack Obama and his wife, Michelle Obama, have a combined net worth of $70 million. However, Obama didn’t start out wealthy. In fact, he started like many other people in America did.

President Obama, born Barack Hussein Obama II, was born on August 4, 1961, in Honolulu, Hawaii, to his parents, Ann and Barack Obama Sr. His parents wed, and baby Barack was born six months later. However, their marriage did not last.

In 1964, the couple divorced. Barack Obama Sr. moved back to Kenya, where he was originally from. Then, he married his third wife. He visited Barack a handful of times in Hawaii but died in a car accident in 1982 when Barack Obama was 21.

In 1965, his mother married a man from Indonesia, Lolo Soetoro. However, his visa was rejected, forcing him to move back to Indonesia. Barack and his mother moved to Indonesia in 1967 to be with him. At the time, Barack was only six years old. He remained in Indonesia until 1979, when he moved back to Honolulu to stay with his grandparents on his mother’s side. That is where he attended high school. Unfortunately, his mother passed away due to cancer in 1995.

After high school, President Obama moved to Los Angeles, where he received a scholarship at Occidental College. Within a few years, he transferred to Columbia University, earning a political science degree. Other achievements that laid the foundation for his future political success include:

His wife, former First Lady Michelle Obama, was formerly Michelle Robinson. She was assigned to be Barack Obama’s advisor when he was working at a law firm. However, the couple began to fall in love. They were engaged in 1991 and married in 1992.

For many years, Michelle was considered the breadwinner of the family as she brought home much more than Obama did as an attorney. However, that would change when Barack continued to rise through the political ranks.

Outside of his main jobs, Barack Obama continued to strive for political success. He was an Illinois state senator for seven years. Then, in 2004, Barack Obama successfully ran for a seat in the US Senate, ending his time in the Illinois senate. This is where he remained from 2005-2008.

At the Democratic National Convention in 2004, he delivered an address that instantly caught the eye of everyone in the Democratic Party. As he became more popular in the party, it became clear that he was on his way to the presidency. The year 2007 saw him go against Hillary Clinton for the Democratic nomination, and he won. The following year, Barack Obama and his Vice President Joe Biden beat John McCain to make Barack Obama Jr. the 44th president of the United States.

Throughout his work as a professor or his work for non-profits, President Obama did not bring home more than $30,000. However, that income rose significantly to a little over $150,000 when he became a US Senator. In 2005, the Obamas brought home over $1 million combined. This number only increased after he became president of the United States.

His earnings did not all come from their salaries, though. After 2005, the Obamas continued to earn more and more. Barack Obama’s net worth continued to increase. These are some of the ways that the Obamas are earning their money:

Barack continues to earn a massive amount from book royalties in addition to the money he makes from endeavors like public speeches.

What Does The Future Hold For The Obamas?

The future continues to look bright for the Obamas. Books continue to fly off the shelves, and President Barack Obama remains a popular public figure. His latest release in 2020 sold over 800,000 copies in under one day after its release! President Obama also receives a pension because he is a former president. The couple also signed a deal with Netflix. Their life continues to be busy and very profitable, with no signs of slowing down. Both Barack and Michelle Obama continue to deliver public speeches, and Barack is also a voice of the Democratic Party.

What is Barack Obama Net Worth?

How much money does Barack Obama earn?

How tall is Barack Obama?

How old is Barack Obama?

When is Barack Obama birthday?