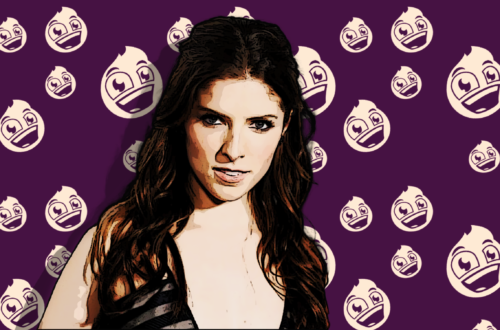 With a net worth of $20 million, Anna Kendrick earns her money from acting, singing, and voice acting. Her many roles in the movies include several memorable characters, from starring in the Pitch Perfect series to voicing the character “Poppy” in Trolls.

How much do you know about Anna Kendrick’s net worth and how she got started? This is just the beginning for this talented, beautiful, and capable singer, actress, and voice actress, as she has many upcoming projects sure to launch her even further into the spotlight.

What is Anna Kendrick’s Net Worth?

Anna Kendrick’s worth is currently $20 million. Within the past 5 years, her net worth has grown steadily each year, with an increase of $8 million in that time. Her main income stems from her roles in various movies, commercials, and other endorsements. She also sings as many of her movie roles have included some sort of vocal component in addition to acting.

Kendrick continues to be a powerhouse of acting talent with many nominations and awards. Nominated for an Emmy, Golden Globe, and Oscar for her various roles, Kendrick has also earned several awards for her various talents.

For example, Kendrick won several MTV Movie & TV Awards and Teen Choice Awards. Her accomplishments also include Glamour Awards, a Bravo Otto award in 2015, and the Satellite Award for Best Ensemble that year.

Who is Anna Kendrick?

Anna Cooke Kendrick is an American singer, actress, and voice actor from Portland, Oregon. She is of English, Irish, and Scottish descent and sings soprano. She began her career as a child actress.

Her brother, Michael Cooke Kendrick, is also an actor. Her parents, Janice Kendrick and William Kendrick, work as an accountant and history teacher, respectively.

How Did Anna Kendrick Make Her Money?

As a child actress, Anna Kendrick starred in High Society in 1998. This was the first big role that she was recognized for. In 2003, she followed that experience up with an appearance in A Little Night Music and Camp. Both of these roles springboarded her career, but not as much as a role in the Twilight series did in 2008.

Many people know of Kristen Stewart, the famous actress who played Bella Swan in the Twilight series. However, Anna Kendrick played Jessica Stanley, her best friend in the movie. While this might not have been a leading role for Kendrick, it was enough to get her on the big screen in front of a large audience.

Building on her role in the Twilight saga, Kendrick starred in Pitch Perfect in 2012. This role featured not only her acting talents but her superior singing as well. The film grossed over $115 million alone and spurred the birth of two more Pitch Perfect movies in the following years.

Kendrick also took the fame from Pitch Perfect as an opportunity to produce her single “Cups.” This song featured her performing a routine with cups to the lyrics and was released as a single in 2012. It peaked at #6 on the US Billboard 100 charts and remains a fan favorite.

Many younger audiences may know Anna Kendrick from her role as a Troll in the movie Trolls. Voicing Poppy, a young troll, Kendrick showcased her talent as a voice actor.

For Anna Kendrick, net worth numbers stem from her various acting roles, but did you know that she starred in all three Pitch Perfect movies and Twilight movies?

She also appeared in Scott Pilgrim vs. the World, What to Expect When You’re Expecting, End of Watch, and The Company You Keep.

While the total Anna Kendrick net worth figure of $20 million is the sum of her assets, Kendrick rose to fame by also performing endorsements for Hilton Hotels, Newcastle Brown Ale, Kate Spade, and the Star Wars Battlefront video game.

In February of 2022, singer Anna Kendrick’s net worth figures totaled enough for her to purchase a $7 million home in Hollywood Hills.

Anna Kendrick started her acting career as a fan of movies of all kinds, including The Lord of the Rings. She has an annual marathon for watching these classic movies.

Kendrick appeared in several videos before achieving worldwide fame. You can find her in music videos for “Pow Pow” and “Do It Anyway.”

Kendrick began her romance career with a film called 50/50 with Joseph Gordon-Levitt. She prefers dark humor the most.

The film Stowaway stars Kendrick as a medical researcher aboard a mission to Mars. This sci-fi thriller can be found on Netflix.

Kendrick is also active in the indie film scene. Her first major hit was called Rocket Science and debuted in 2007. As Ginny Ryerson, she demonstrated her acting talents to land her many future roles, including her role in Scott Pilgrim vs. the World.

Who can forget the viral picture of Kendrick and President Barack Obama back in 2012? Kendrick was just coming to fame for her role in Pitch Perfect, yet it seemed she had the poise and presence to make even a president laugh.

What’s Next for Anna Kendrick?

Kendrick continues to pursue her acting career. She both stars in and produces Love Life for HBO Max. Her upcoming thriller Alice, Darling is in post-production to be released soon. Her other up-and-coming movies include Rodney & Sheryl and Unsound.

While not much else has been released about any projects Kendrick might be working on, her talents will surely lead her to several opportunities, both on-screen and behind the microphone.

What is Anna Kendrick’s net worth?

Anna Kendrick’s net worth is $20 million.

How much money does Anna Kendrick earn?

How tall is Anna Kendrick?

How old is Anna Kendrick?

When is Anna Kendrick’s birthday?

What is Anna Kendrick Net Worth?

How much money does Anna Kendrick earn?

How tall is Anna Kendrick?

How old is Anna Kendrick?

When is Anna Kendrick birthday?