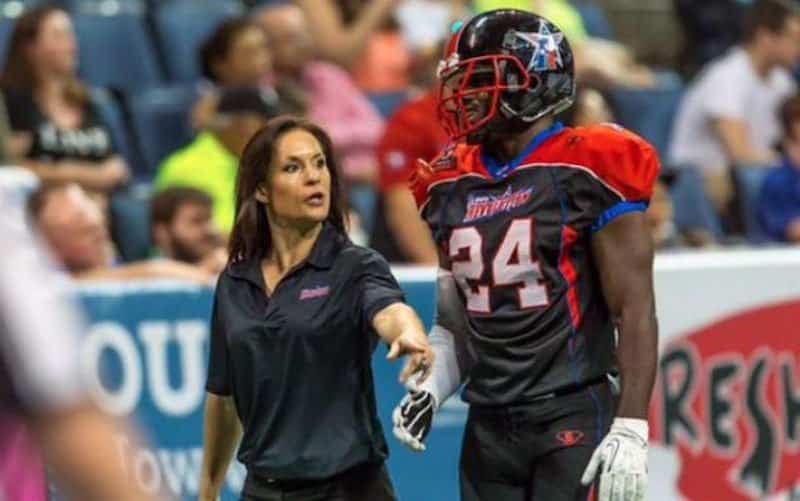 The Arizona Cardinals have announced that they have named Jen Welter a strength and conditioning intern. These interns are considered coaches on NFL rosters and that makes Welter the very first woman who has ever been a part of an NFL coaching staff. As AZCardinals points out, the Cardinals’ head coach, Bruce Arians, was asked just a few months ago about women becoming coaches in the league some day.

“The minute they can prove they can make a player better, they’ll be hired,” Arians said. Welter had been on staff for an Indoor Football League team and had also spent time as a collegiate rugby player. The team pointed out that she was also well qualified, already having a masters in sports psychology. “She came for an OTA and I met her, and I thought she was the type of person that could handle this in a very positive way for women and open that door,” Arians said.