20 People Who Seemed to Be Invincible

Fantastic and impossible legends are born because people like to augment amazing stories so that they can be even more amazing. While so many of these incredible tales are complete fabrications built upon regular occurrences, every so often there are stories that are unbelievable all on their own. We all know that no person is immune from death, but there are always those fact-is-stranger-than-fiction stories of people who seem to defy death that ceaselessly capture everyone’s interests. 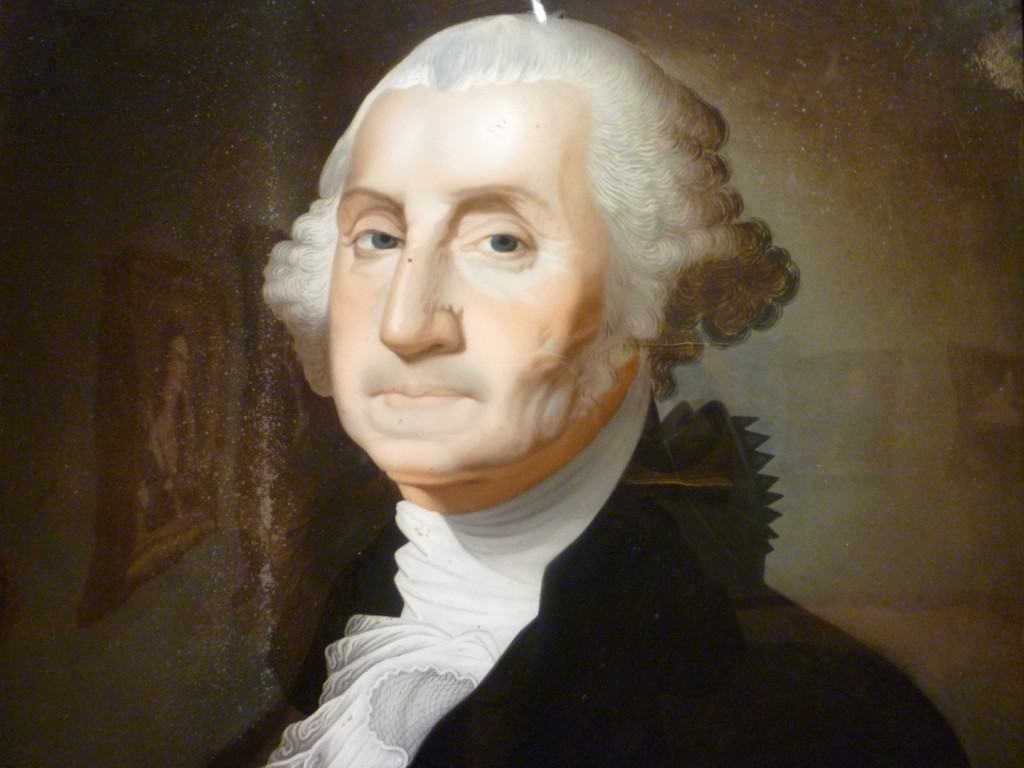 The first U.S. president was a legendary military commander who, after a handful of extraordinary circumstances, appeared to by impervious to bullets. During both the French and Indian War and Revolutionary War, eye witnesses gave accounts of Washington being shot but unwounded and standing in the thick of gunfire and coming away unscathed. 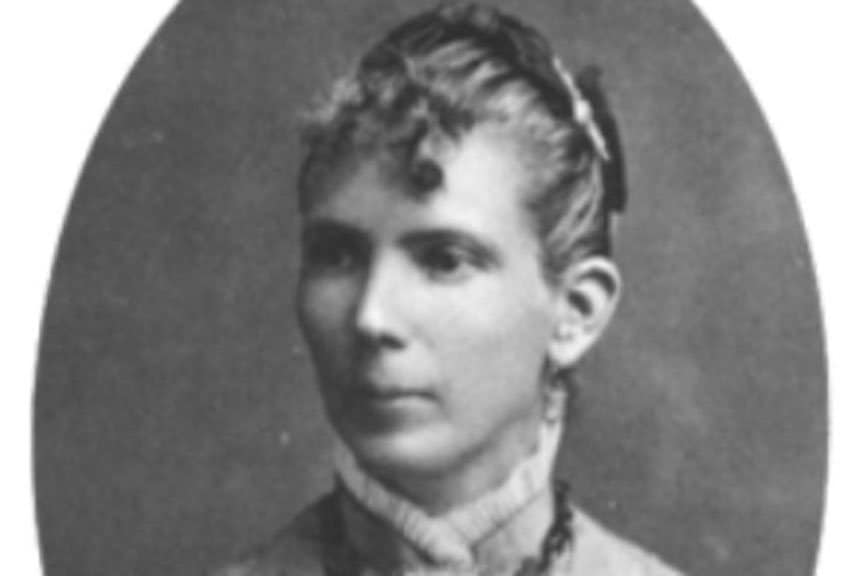 When Larcena Pennington Page was kidnapped by Apaches, she was still recovering from Malaria and was quite weak. After being hiked 15 miles she couldn’t keep up any longer, so her captors took her clothes then beat, stabbed, and stoned her. She crawled all the way back to her camp through scrub bushes, eating seeds and drinking snow to survive. 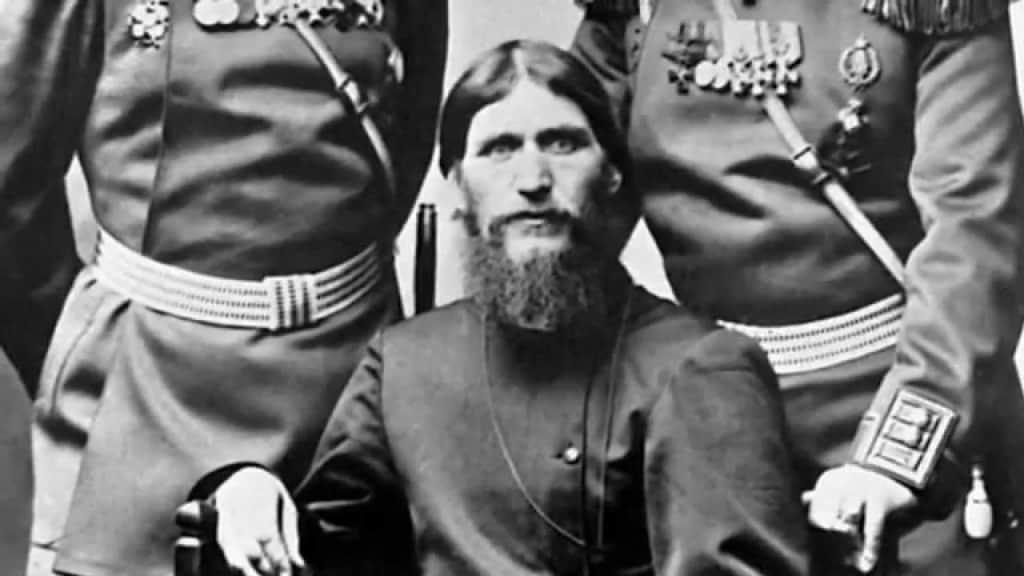 During Tsar Nicholas II’s rule of modern Russia during the early 20th century, the notorious mystic Rasputin lived with the royal family. When the Russian aristocracy began to believe that Tsarina Aleksandra was being puppeteered by Rasputin, they went after his life. He was stabbed, poisoned, shot four times, clubbed, then tied up in a blanket and thrown into a freezing river where he finally died of hypothermia… but not before he almost freed himself from the blanket. 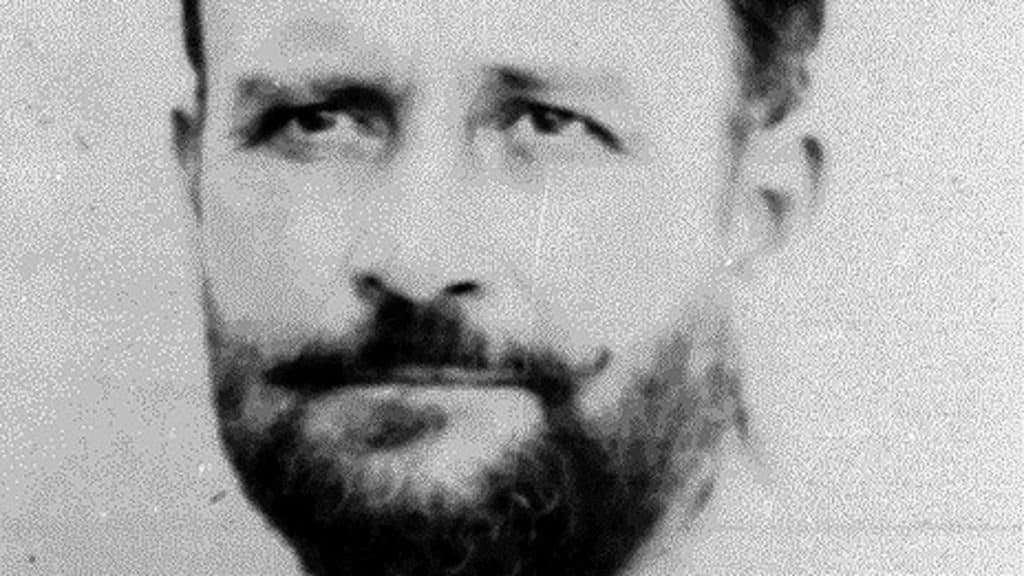 John Capes was a British submariner during World War II who survived his submarine striking a mine that split it in two. He got as many of the other surviving crew members into rescue gear, broke open the hatch, and made it 170 feet to the ocean surface. The Royal Navy never believed the validity of his story until they explored the submarine wreckage 12 years after Capes’s death. 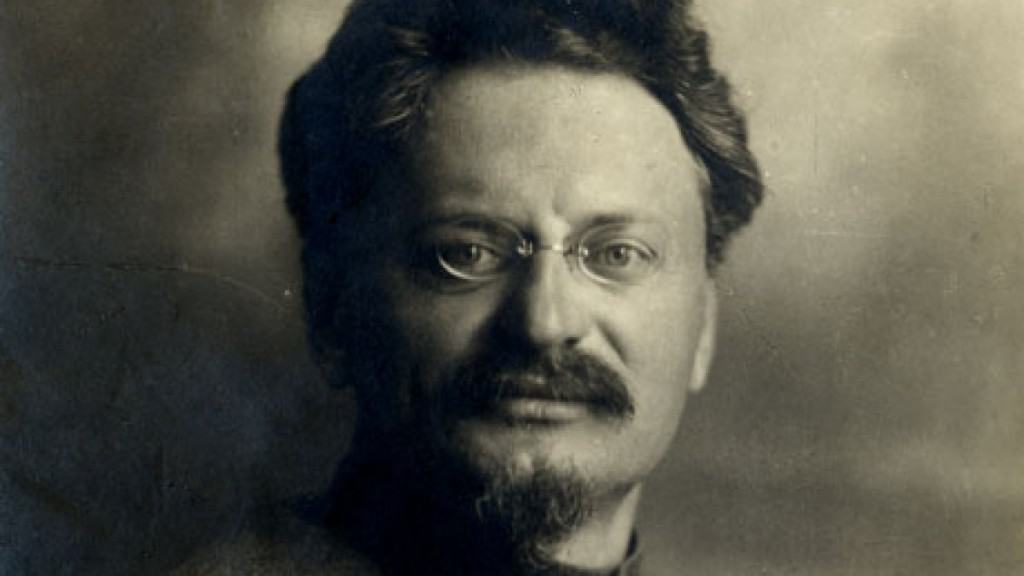 The staunch Marxist was exiled from Russia in 1929 and eventually ended up living in Mexico. During that time, Stalin sent an assassin to kill Trotsky. The would-be killer sunk an axe into Trotsky’s skull – afterwards he stood up and subdued his attacker until his bodyguards showed up. A whole day passed before he died. 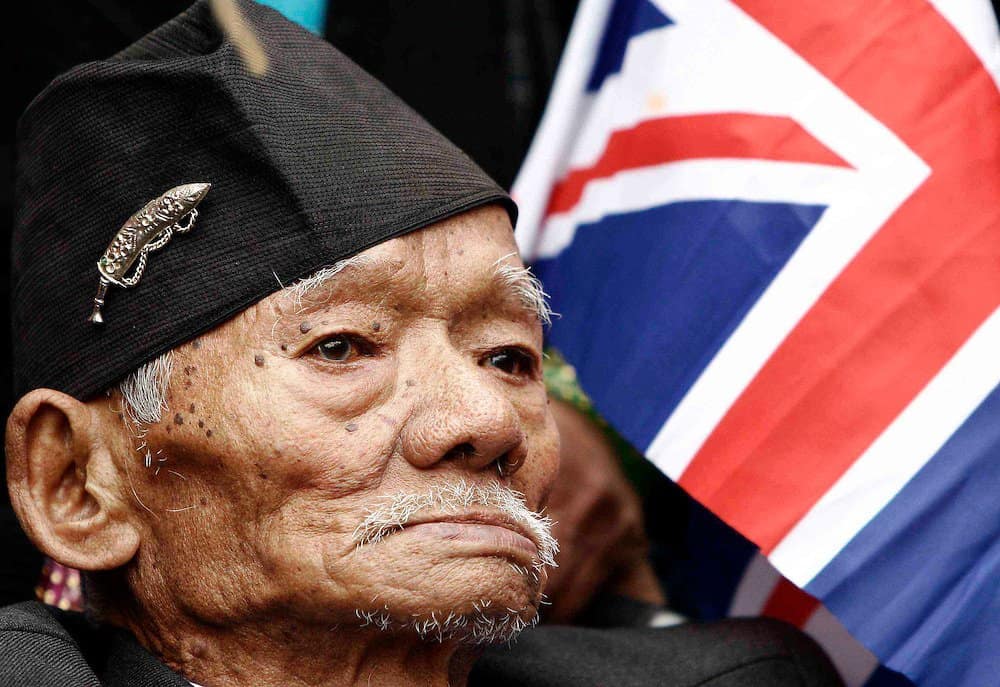 During World War II, Lachhiman Garung was a soldier in the British-Indian Army. Defending a trench against the Japanese, he caught and returned two grenades, but a third lost him his arm. He spent the next four hours killing off soldiers one by one – when he was found he was complaining about the flies swarming around his arm stump, 31 dead bodies laying at his feet. 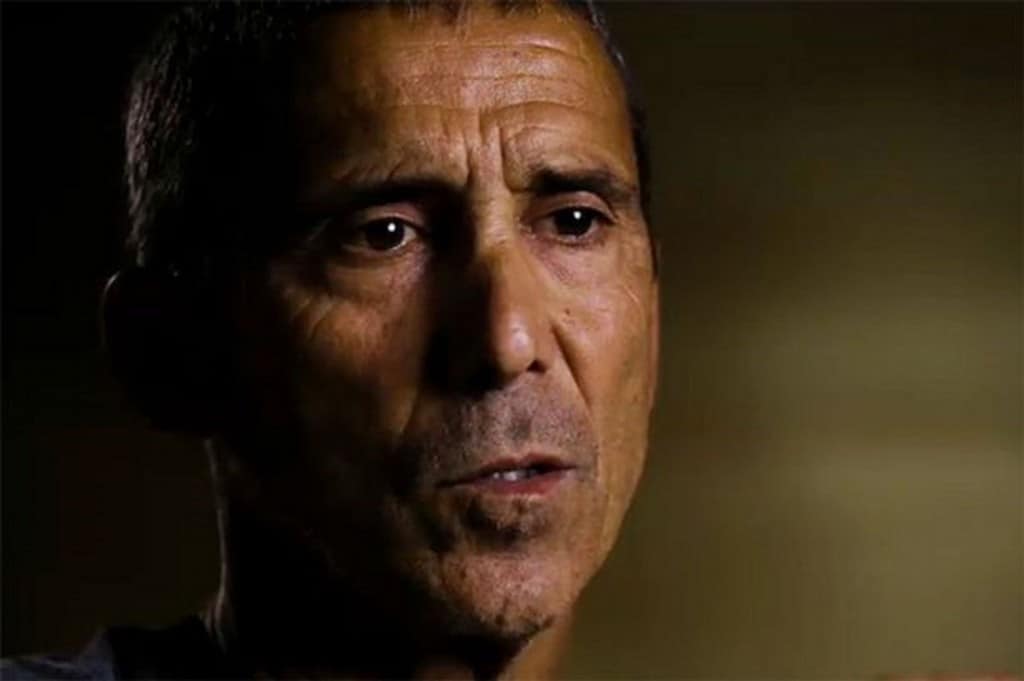 The Italian pentathlete was running a marathon across the Sahara desert when he got off course during a sandstorm. He was lost for 10 days and wandered 186 miles before he was found – he survived by eating bats and snakes and drinking hid own urine. 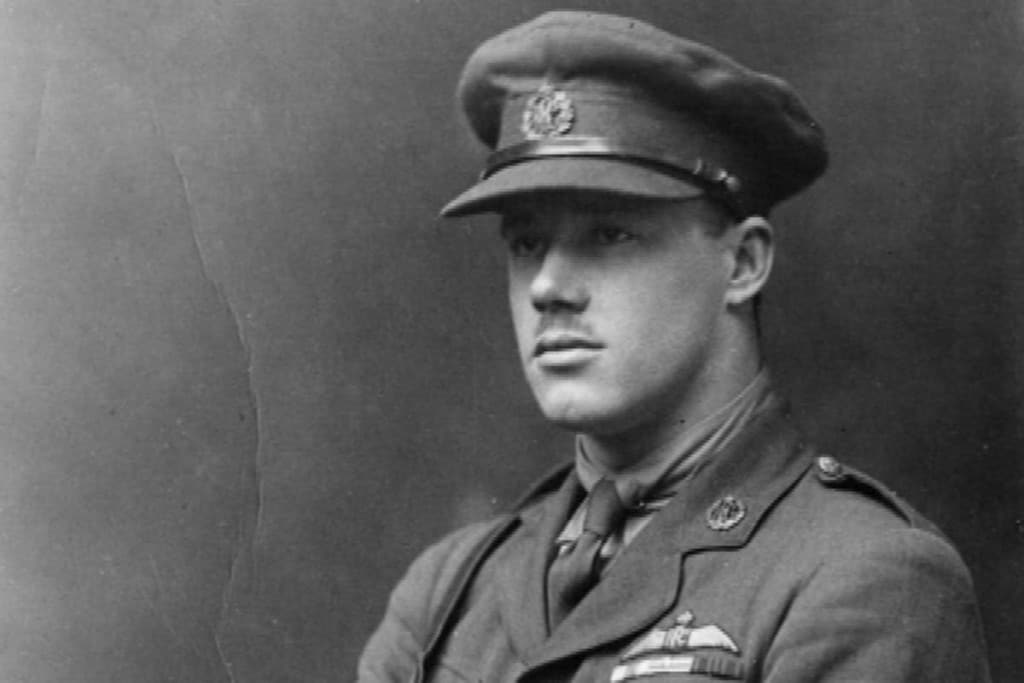 Keith Caldwell was a fighter pilot during World War I whose plane started into a flat spin after colliding with another plane during a dog fight. To steady the plane, he climbed out on to the wing and stopped the spin, continuing to fly the plane from that position. When he found friendly territory, eh flew the plane low enough to jump safely to the ground before letting the aircraft crash. 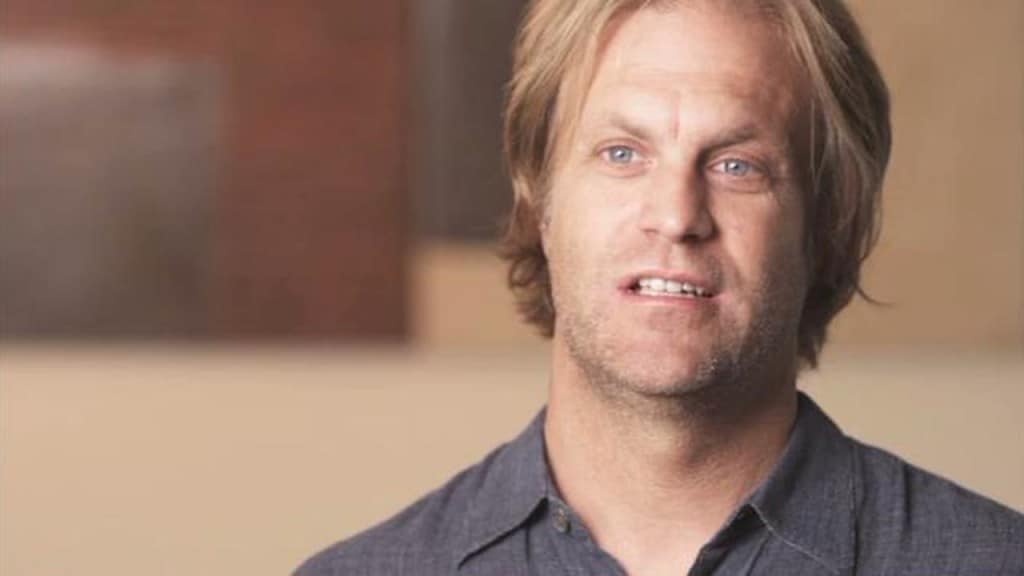 When he was 11, Norman Ollestad, Jr. survived a plane crash that put him 8,600 feet up on a mountain side and killed his father and the plane’s pilot. Even after the other survivor he was dragging with him fell off the mountain side, he still made it to the base in 9 hours with no gloves and using his sneakers as skis. 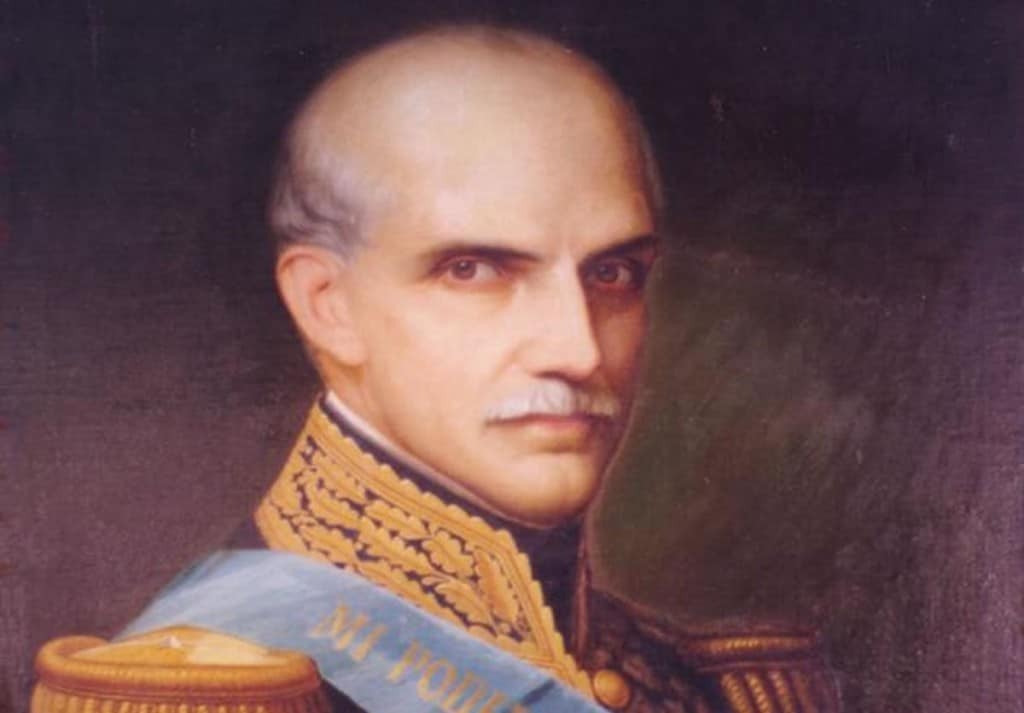 The former president of Ecuador was leaving a cathedral in Quito when he was attacked by men with machetes. They landed blows in his neck, skull, and brain as well as severing his left arm and right hand… but Moreno still stood. He died 14 slashes and 4 bullets later, but not before he wrote “God does not die” on the ground in his own blood. 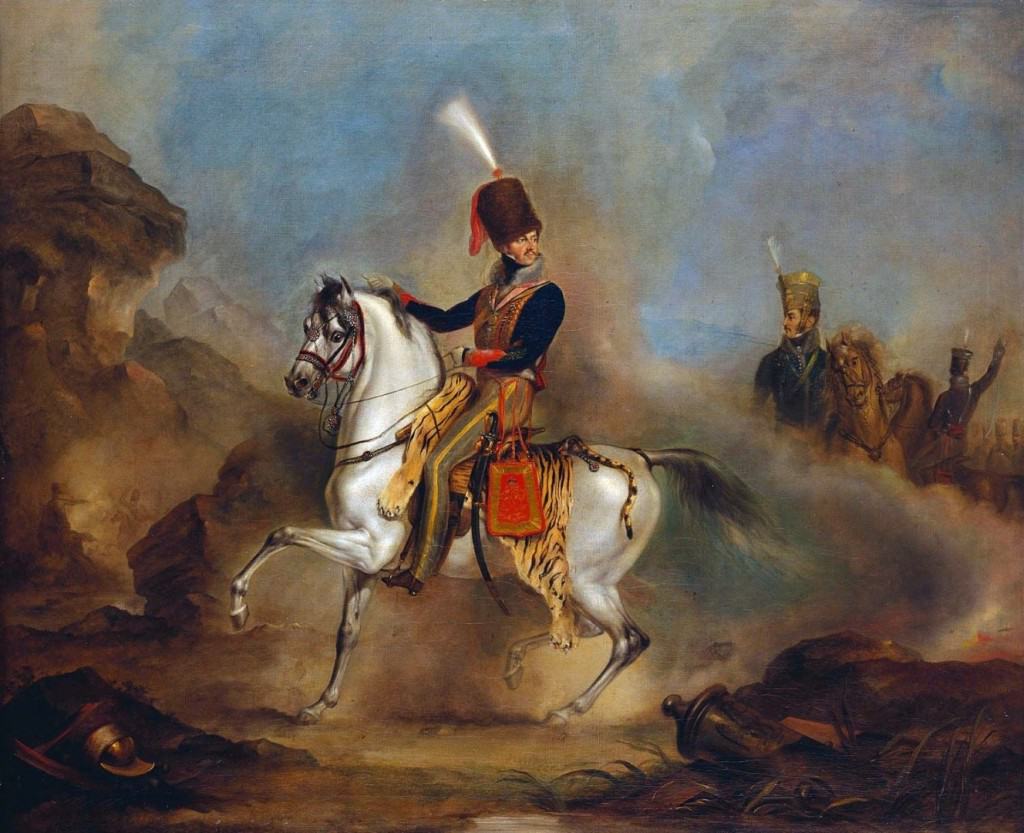 Henry William Paget, who later became known as Lord Uxbridge, was a Field Marshall fighting for the British during the Battle of Waterloo. After a cannonball destroyed his leg he had it amputated and then returned to the fray. He later became a general. 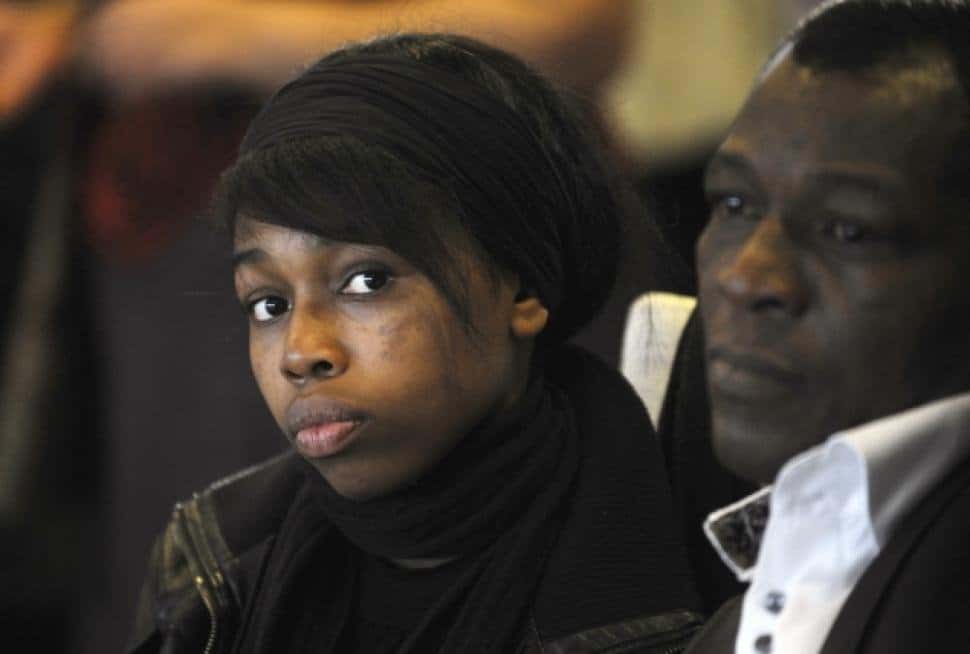 Bahia Bakari was 13 years old when she flew on Yemenia Flight 626 with her mother on vacation to Comoros. The plane crashed into the Indian Ocean and killed all 152 passengers aboard except for Bakari. Even though she couldn’t swim, she clung to a piece of wreckage and floated in the dark for 9 hours before being rescued. 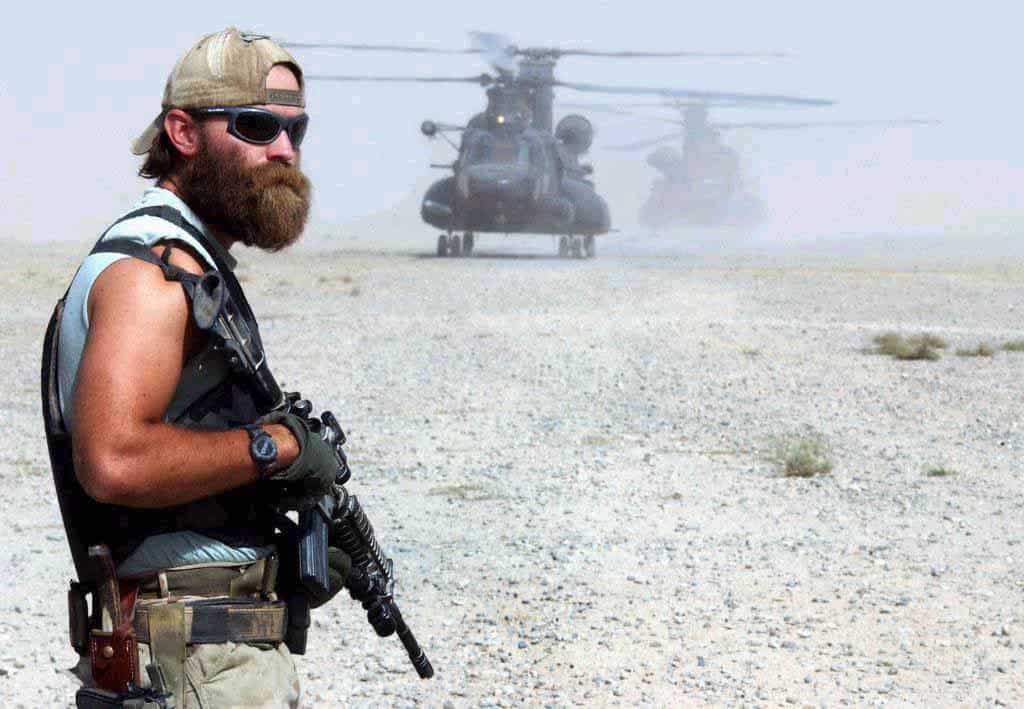 Stephen Toboz was a Navy SEAL fighting in Afghanistan when enemy fire put a massive hole in his leg. Despite losing up to 3 liters of blood and refusing morphine for up to 18 hours after receiving his wound, he insisted on fighting to give cover to the rest of his SEAL team. He requested amputation and now works as a SEAL instructor. 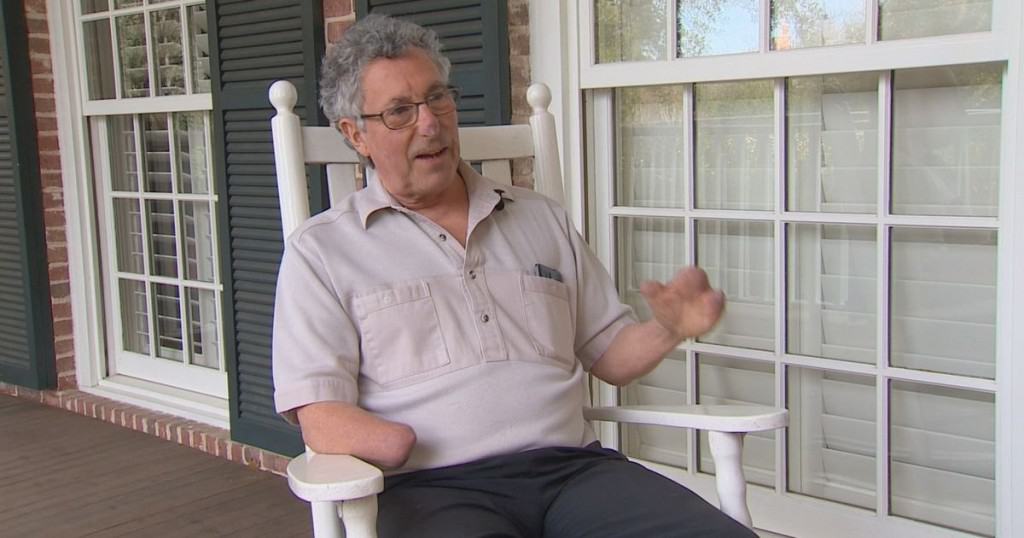 Beck Weathers was scaling Mount Everest when he was stranded by a blizzard and left behind by the rest of the hiking team. When rescuers found him they deemed him beyond help and he was left again. He eventually managed to make his way back to base camp blind and frostbitten and is now a motivational speaker. 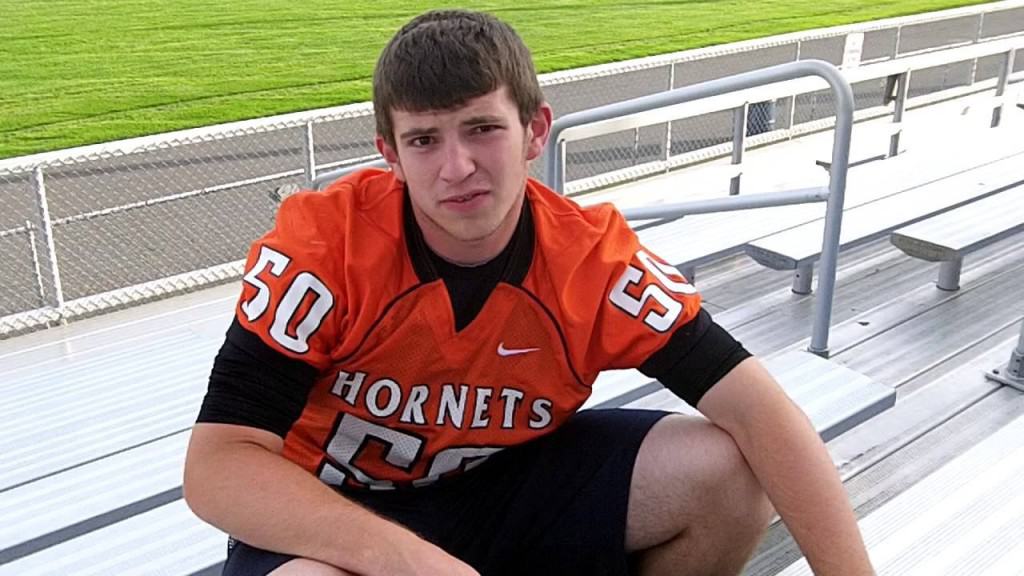 A 19 year-old Matt Suter was hanging out in his grandma’s trailer when a tornado landed and pulled him through the wall. He was carried inside the funnel at speeds of up to 150 miles an hour and landed a quarter of a mile away still wearing his underwear. The National Weather Service determined that his 1,307 foot flight was the longest tornado flight survived by any human being. 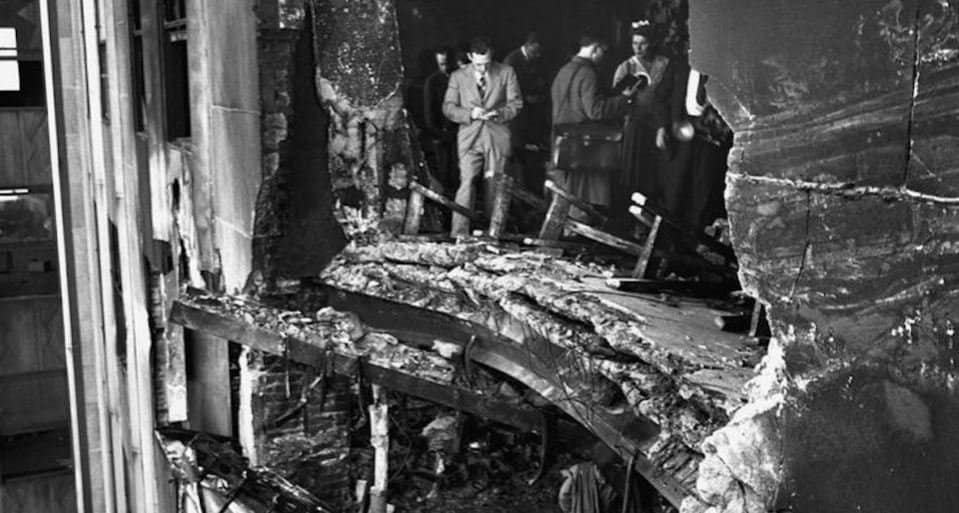 Betty Lou Oliver worked as an elevator operator in the Empire State Building in the 1940’s when a plane crashed into it. After she was rescued with sever burns and several broken bones, she was put into the elevator – but the crash damage caused the cables to break and the car fell 75 feet. She lived through the fall and was back working 5 months later. 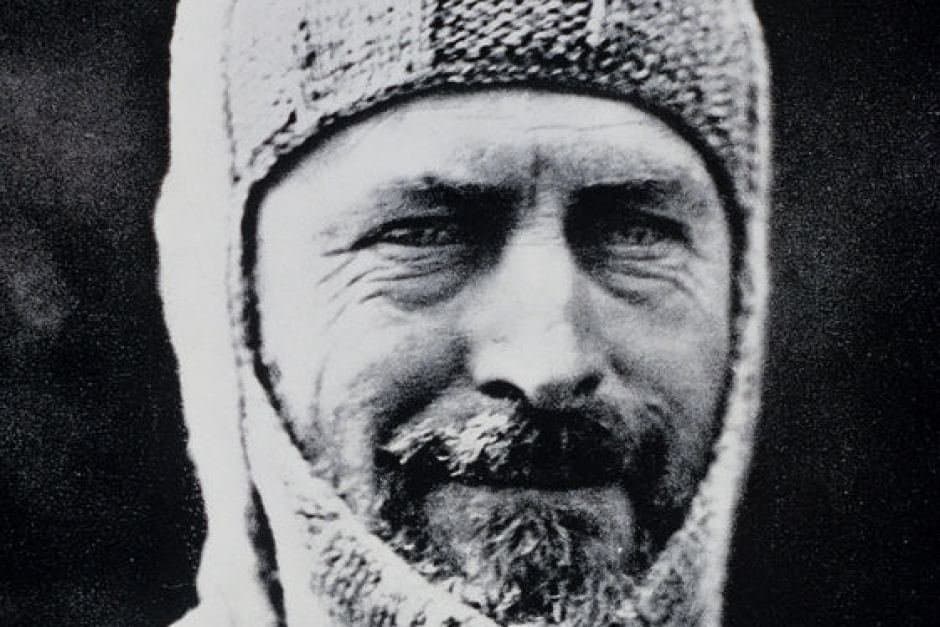 In the early 20th century, Douglas Mawson was an Australian scientist who went to explore the Antarctic continent. But when a member of his team fell down a crevasse, most of Mawson’s equipment went with him. Mawson and the surviving teammate went on with the trek with no gear, shelter, and nearly no food. Mawson survived only to fall into a crevasse and pull himself out; when he arrived at his extraction point his transportation had just left. 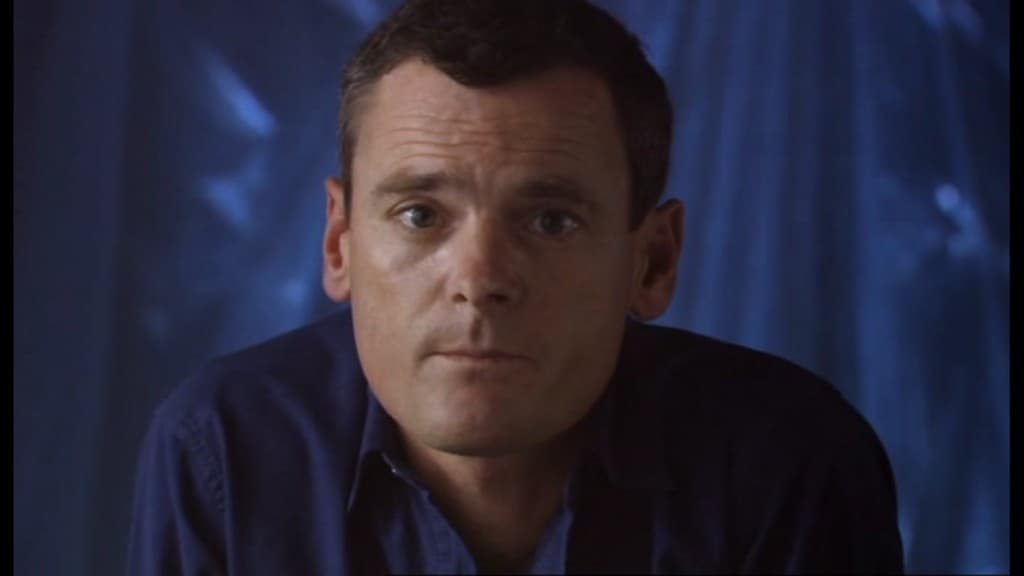 Joe Simpson was descending the Siula Grande mountain in the Andes when he suffered a horrible compound leg fracture. His climbing partner was forced to cut him loose when he fell over a cliff side. Simpson fell into a crevasse, but crawled out and found his way back to his base camp. After 2 years of rehab, he was back climbing and eventually wrote the memoir Touching the Void, which was later made into a movie. 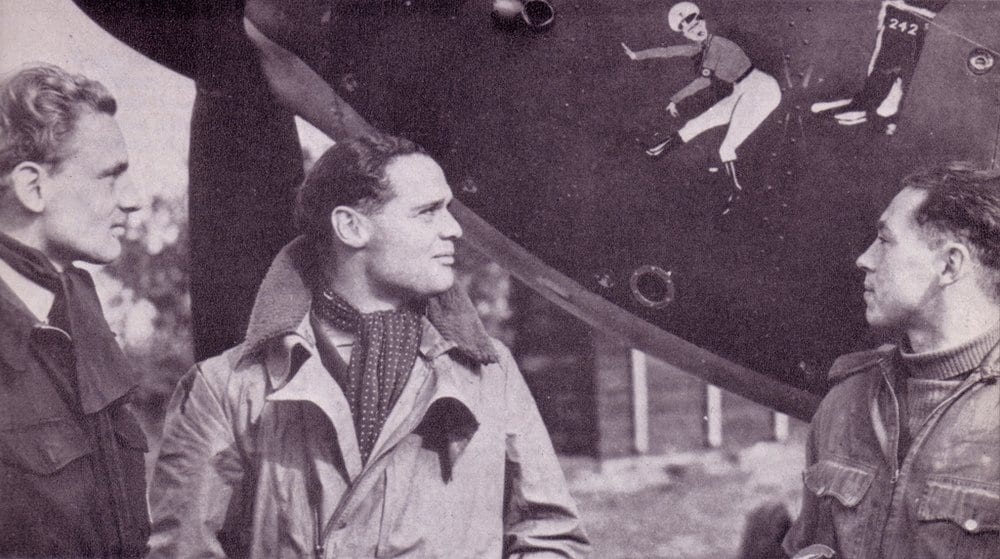 Maresyev was a Russian fighter pilot during World War II whose plane was shot down. Heavily wounded, it took him 18 days to crawl back to the Russian front. His legs were amputated, but he learned to fly with prosthetics. He eventually earned the Hero of the Soviet Union medal – the highest military award a soldier can earn. 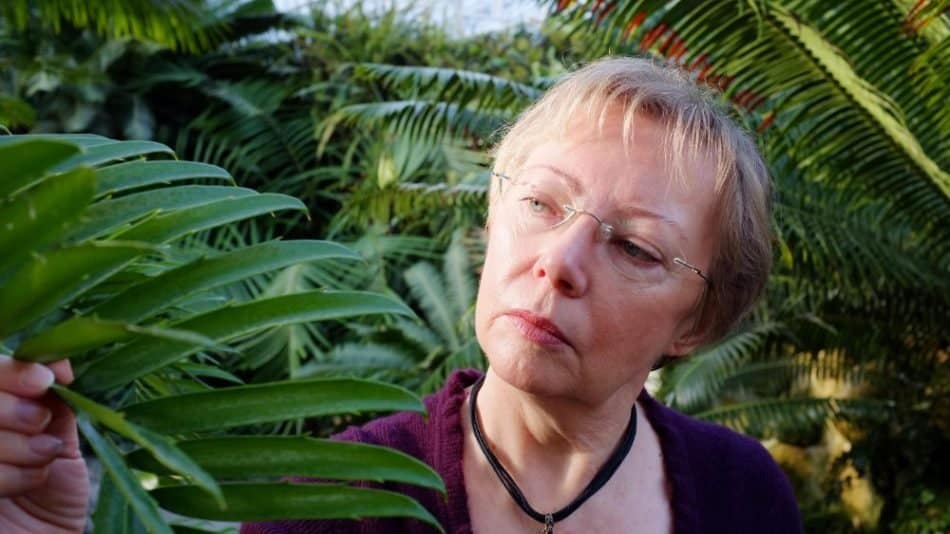 When Juliane Kopeck was 17, she survived a plane crash into the Peruvian Amazon – of the 92 passengers, she was the only one left alive. Despite many injuries – which included a broken collarbone, a severe concussion, serious deep cuts in her arms and legs, and an eye swollen shut – she walked 11 days through the jungle before finding help.