20 Of The Craziest Bacon Inspired Items

Yes, it’s true, the world loves bacon – and by ‘love’ we mean totally obsessed. There’s just something about those sizzling strips that just seem to drive people crazy. So crazy in fact that people have taken their love of bacon to a whole new level; no seriously it has gotten quite crazy – to say the least. From bacon inspired condoms, vodka,toothpaste and even different types of clothing, it’s fair to say that bacon lovers definitely have their choice of items. Here are 20 of the craziest bacon inspired items. 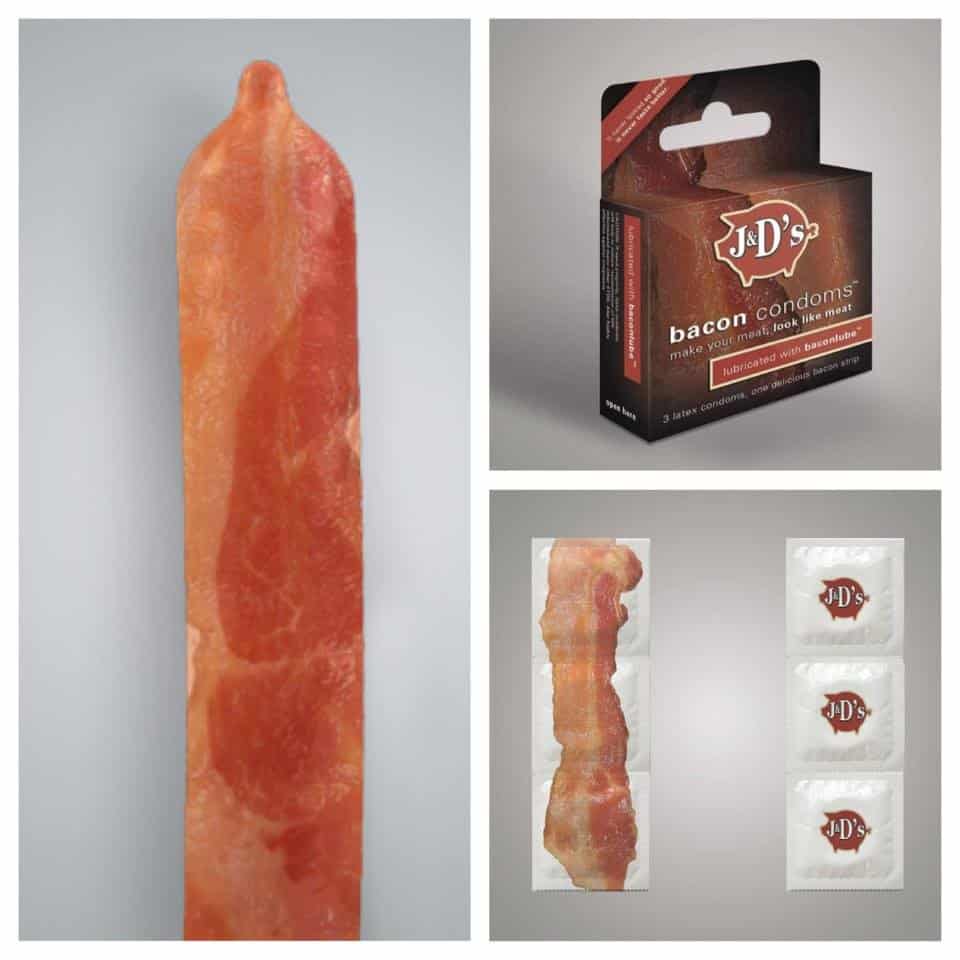 We could be wrong, but we highly doubt that women find this sexy. Unless of course they love bacon too. 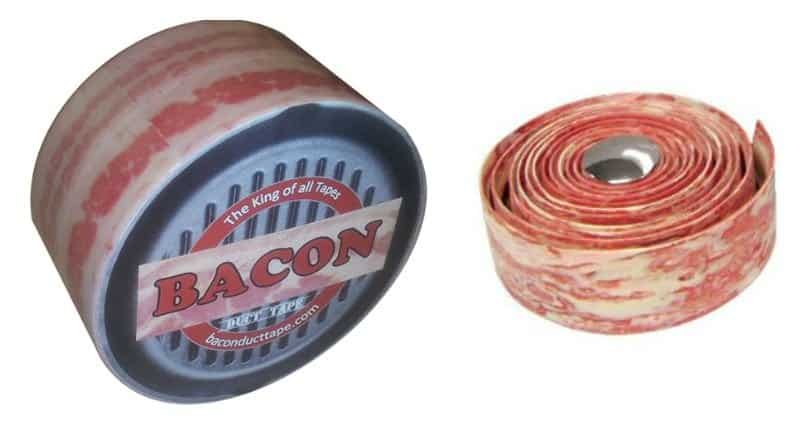 You’ve heard of duct tape, well now you can opt for bacon tape. It looks pretty scrumptious but we wouldn’t suggest eating it. 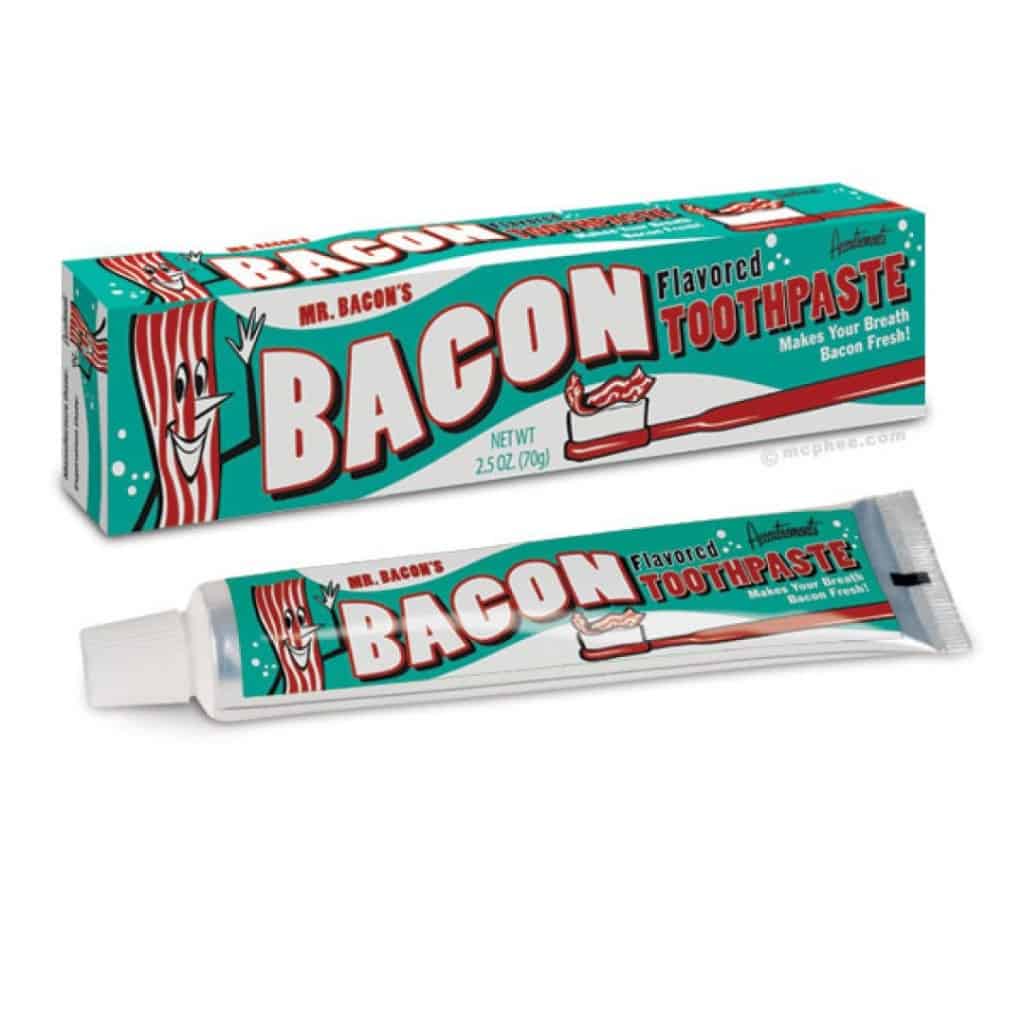 Maybe minty fresh breath is not your thing, don’t worry, now you can have bacon-breath thanks to this bacon flavored toothpaste. 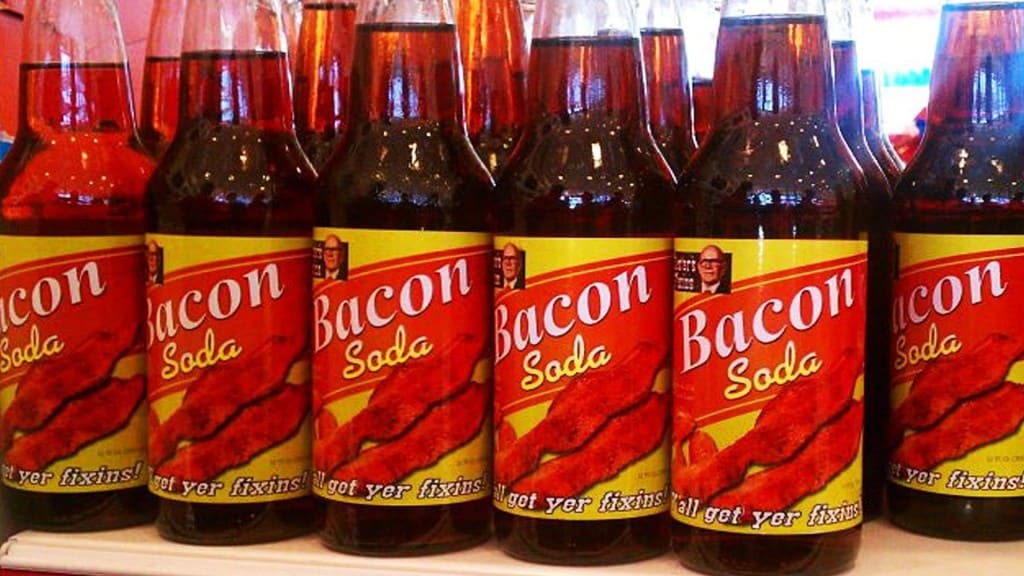 I kid you not; someone actually invented soda that tastes like bacon. 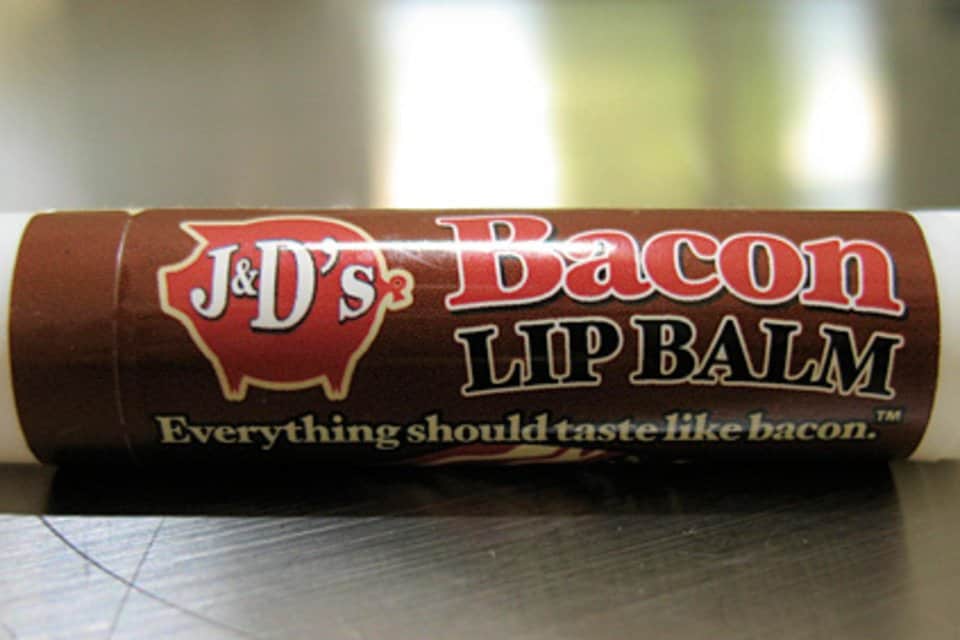 The company’s slogan explains it all: “everything should taste like bacon.” 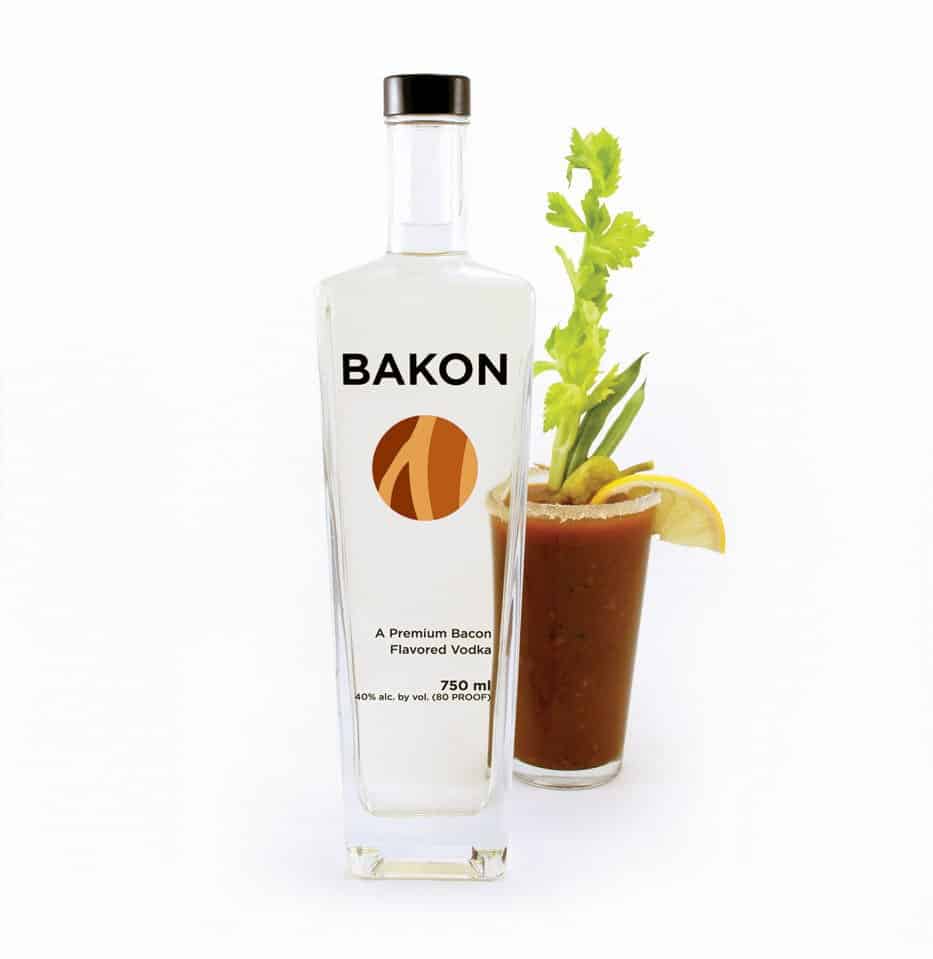 Do you like your vodka with a little bacon in it? Well voila, bacon flavored vodka. 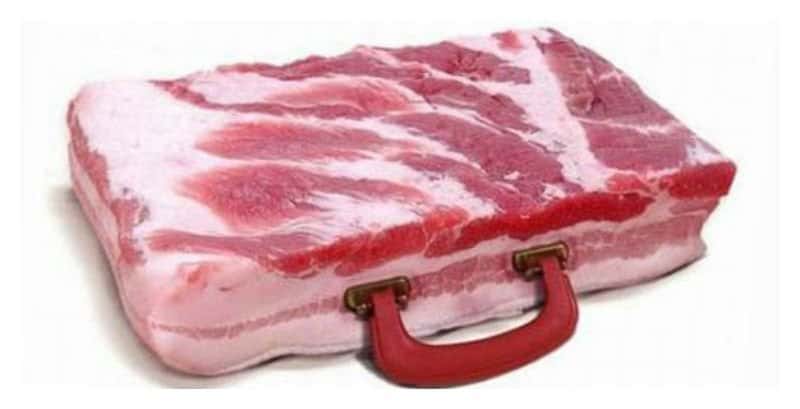 Not quite sure what type of job would require a bacon suitcase, but here it is anyway! 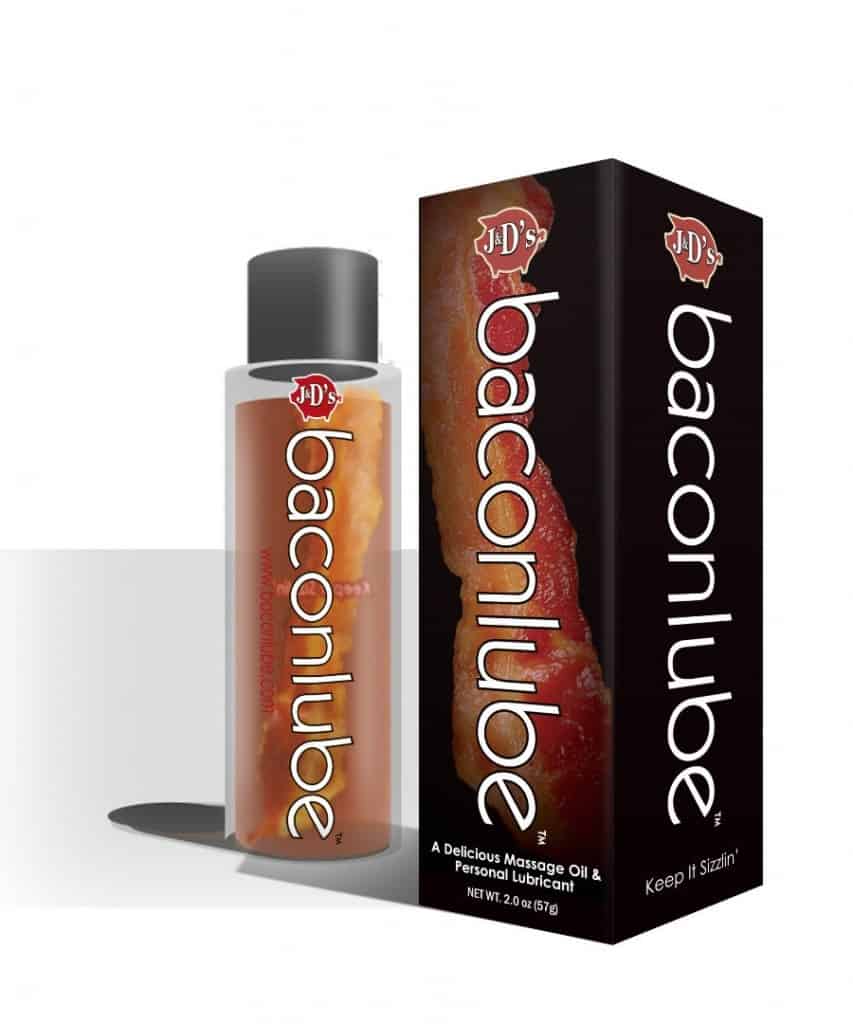 Because there’s nothing sexier than getting all lubed up with the scent of bacon before you make love! 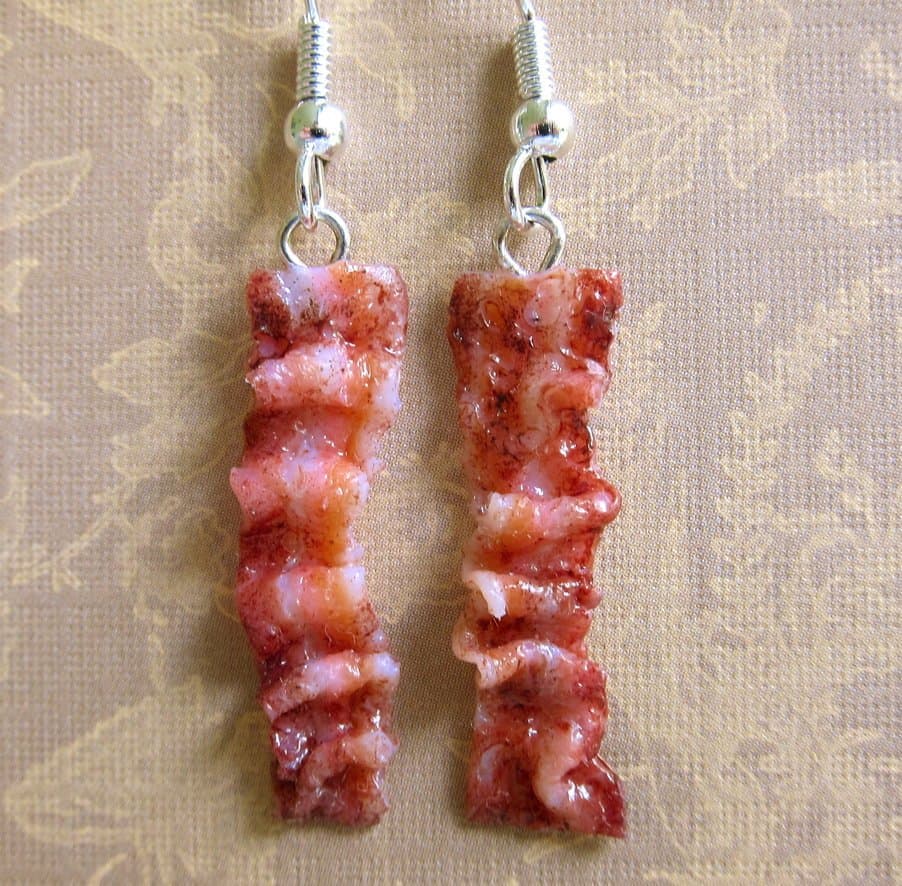 When fashion and bacon collide! 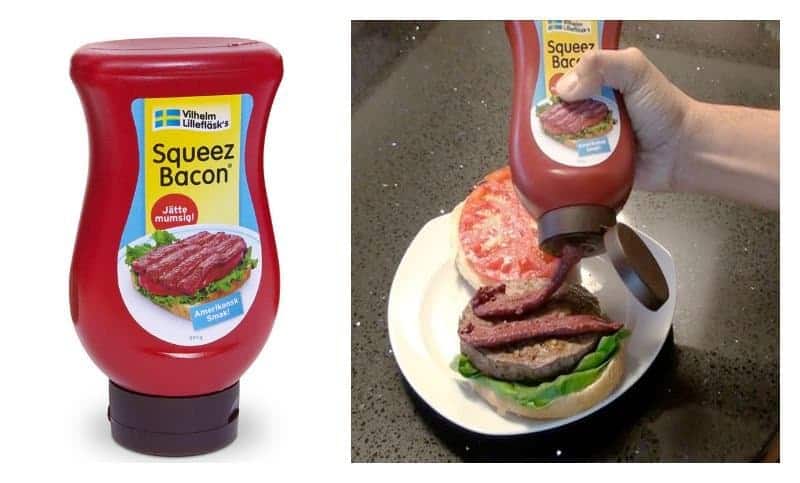 You can squeeze ketchup and mustard from a bottle, so why not bacon, right? 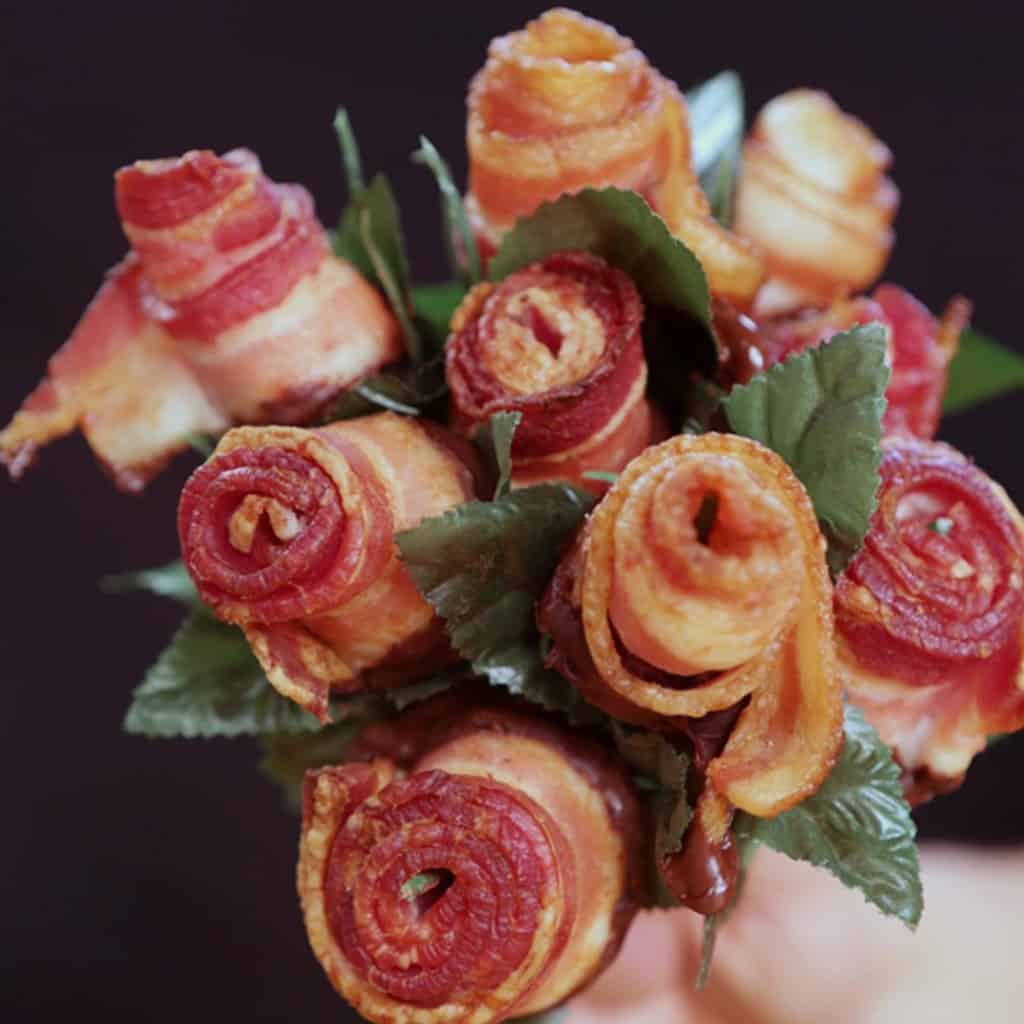 Roses are red, but bacon is tasty. 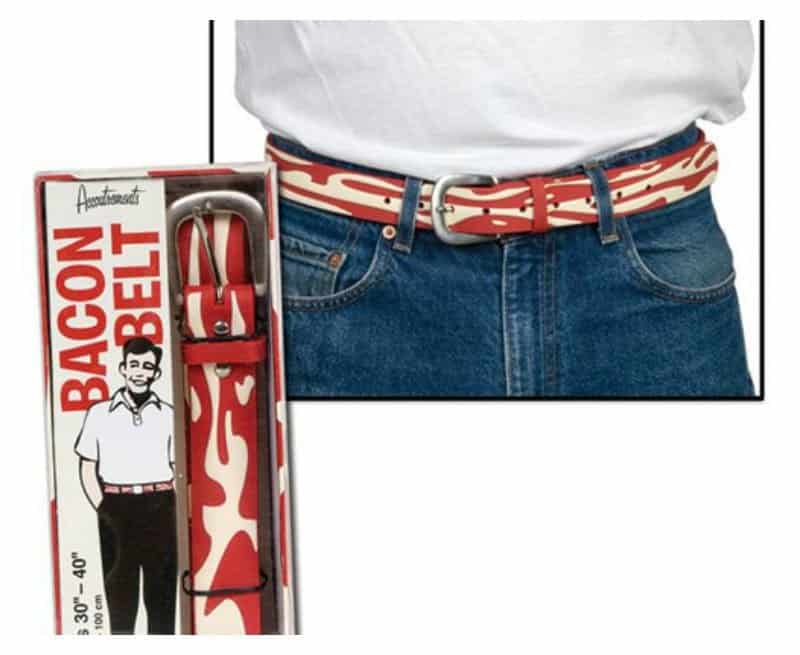 Power to the man who’s brave enough to wear a bacon belt in public. 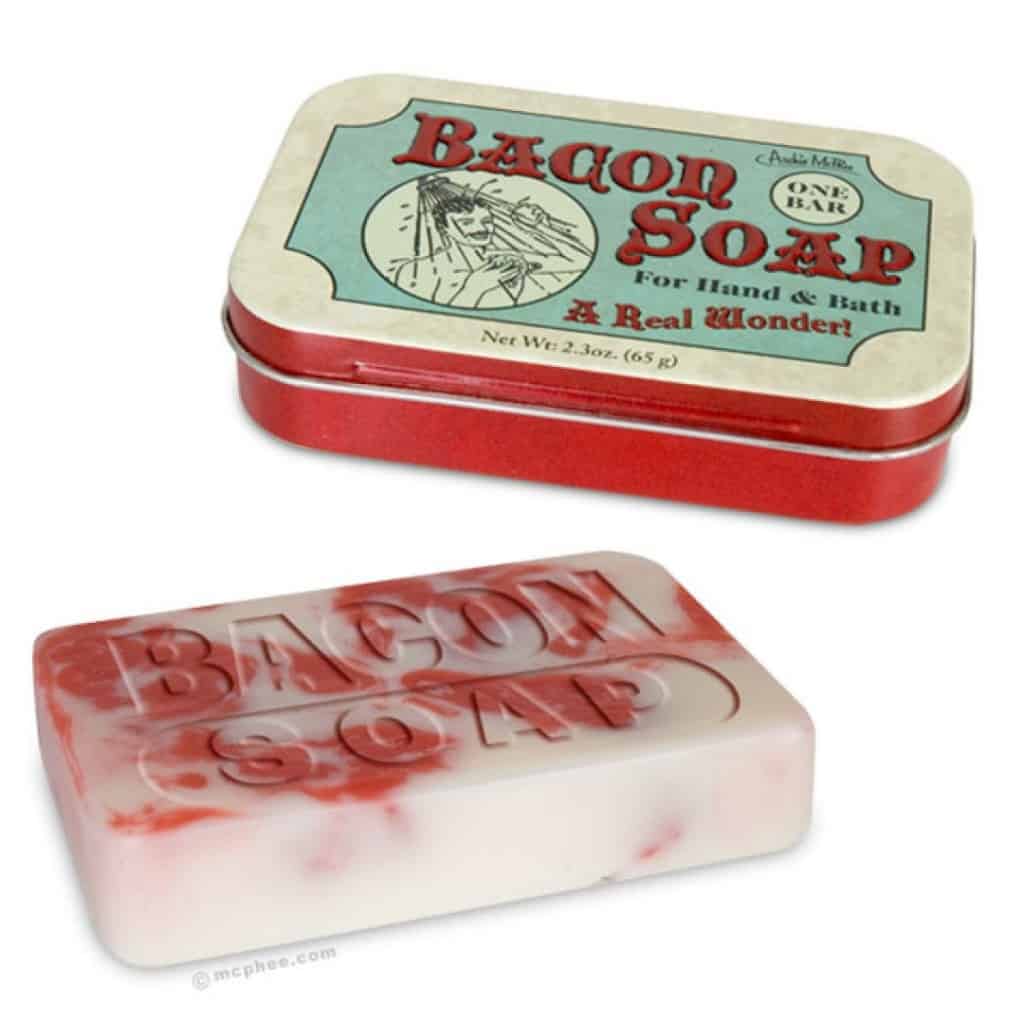 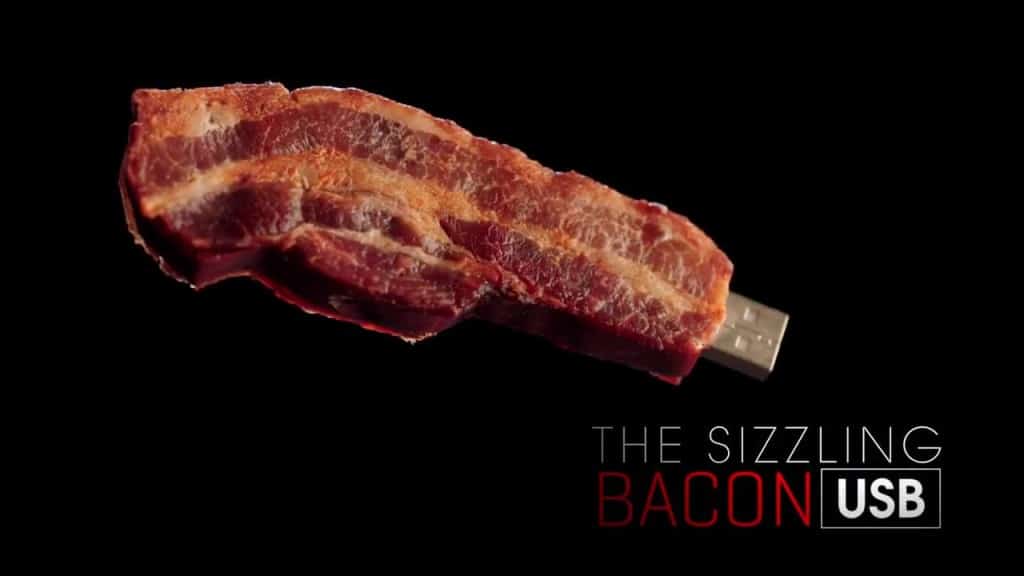 The office may be boring, but your bacon inspired USB certainly isn’t. 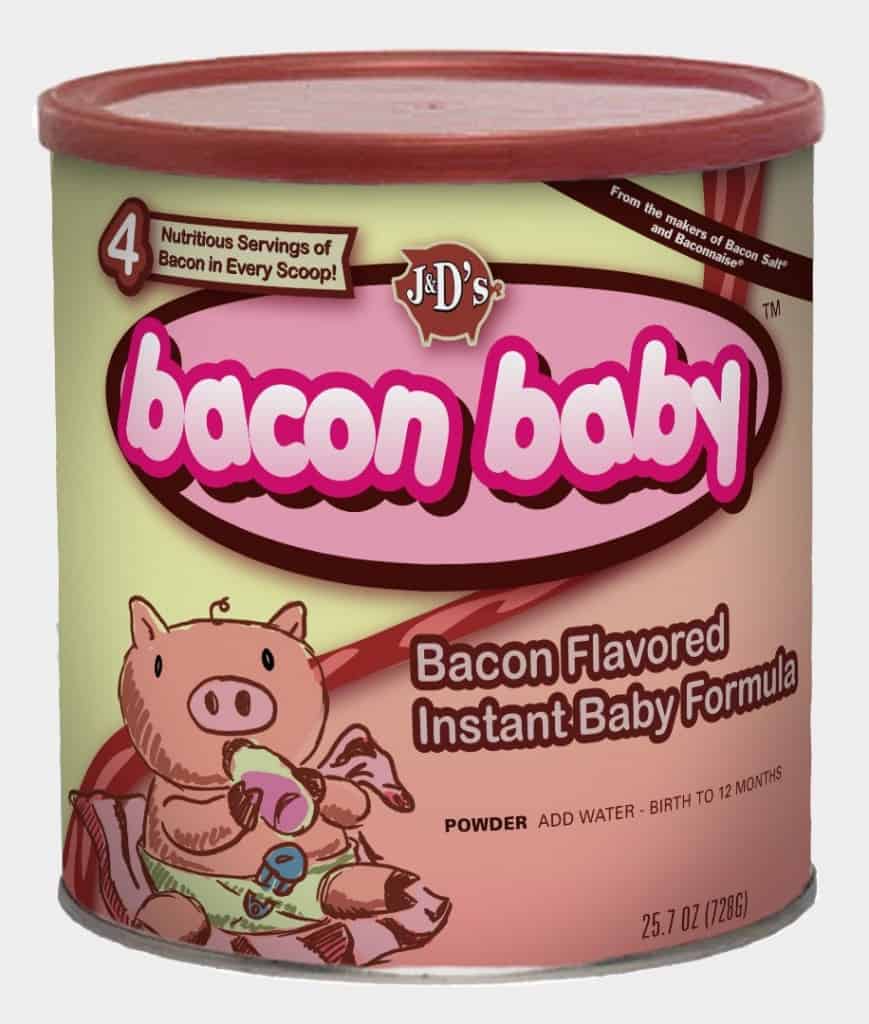 Who knew that babies loved bacon as much as the rest of the world? We sure didn’t! 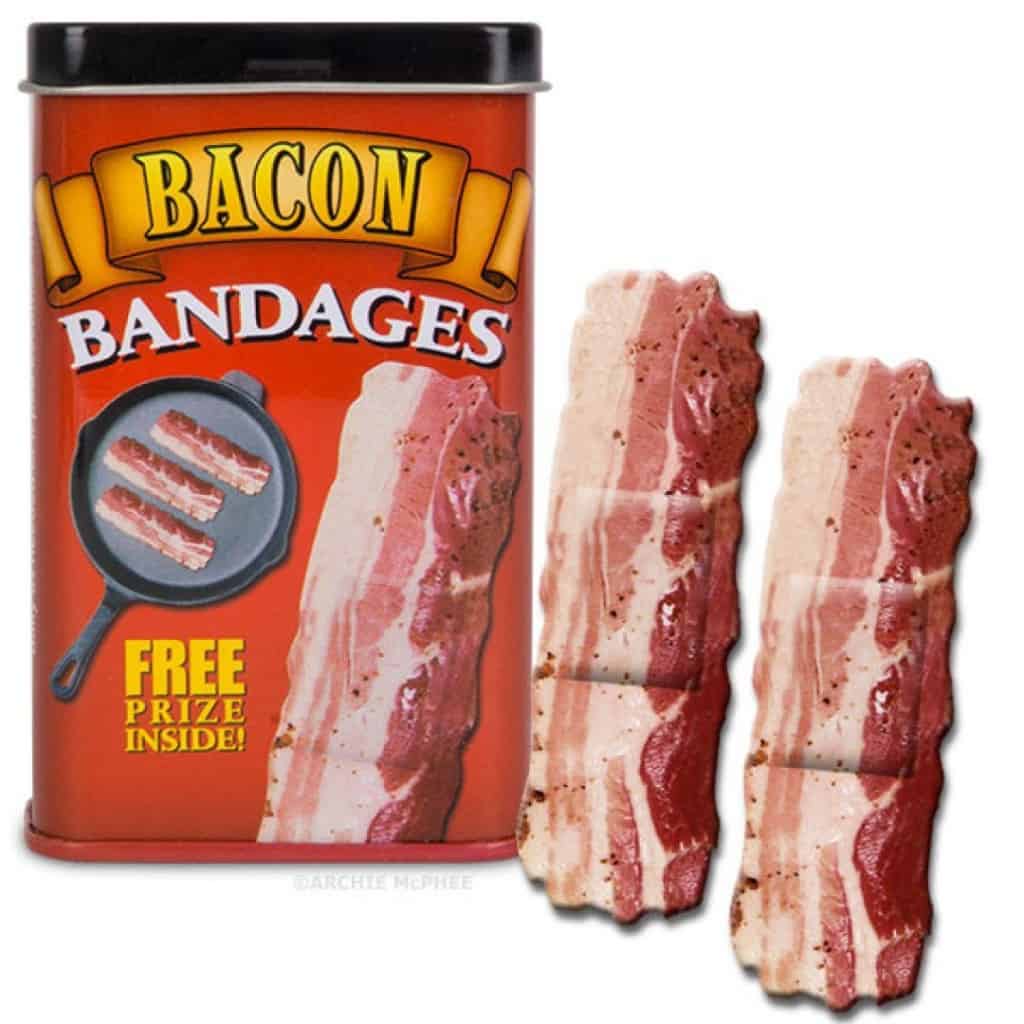 Got a cut that needs to heal? Why not cover it up with a handy bacon-inspired bandage. 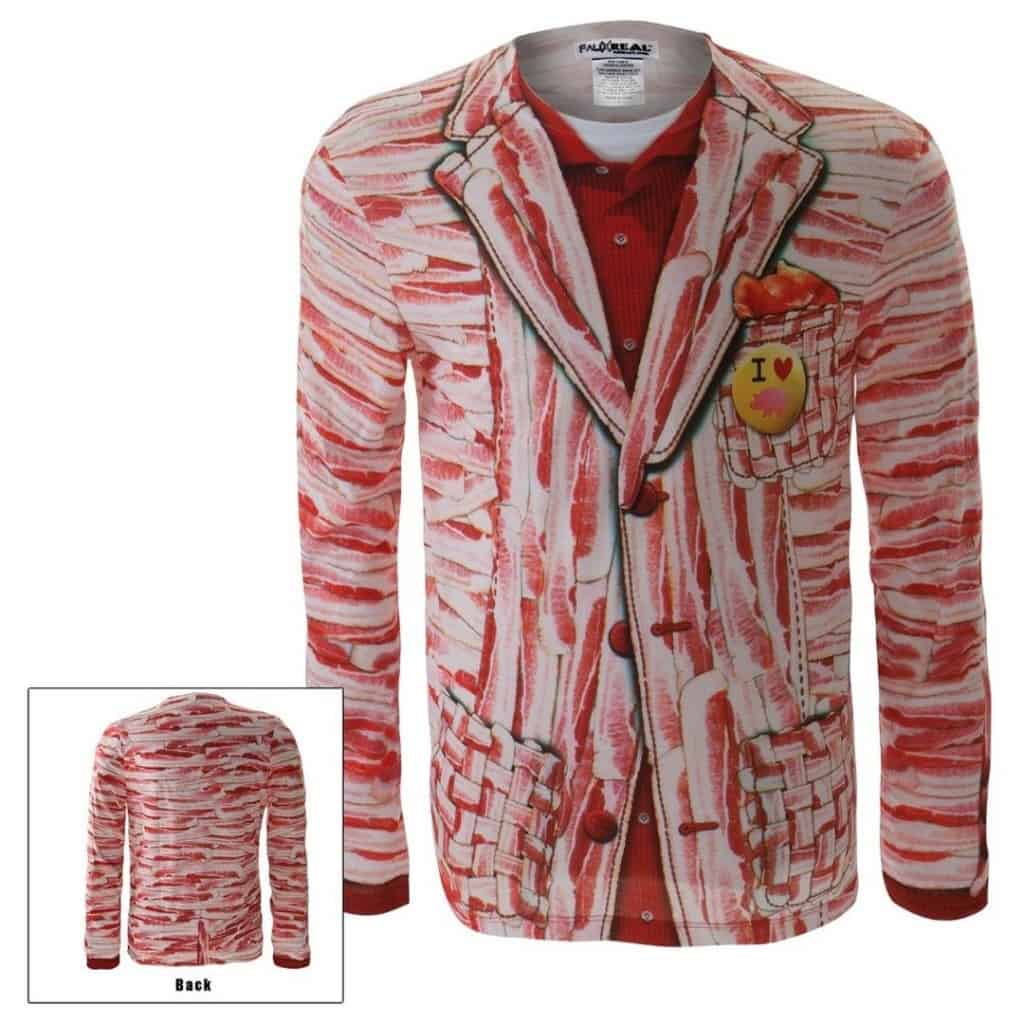 If you really want to show the world just how much you love bacon, then nothing – and we mean nothing – says it better than this shirt! 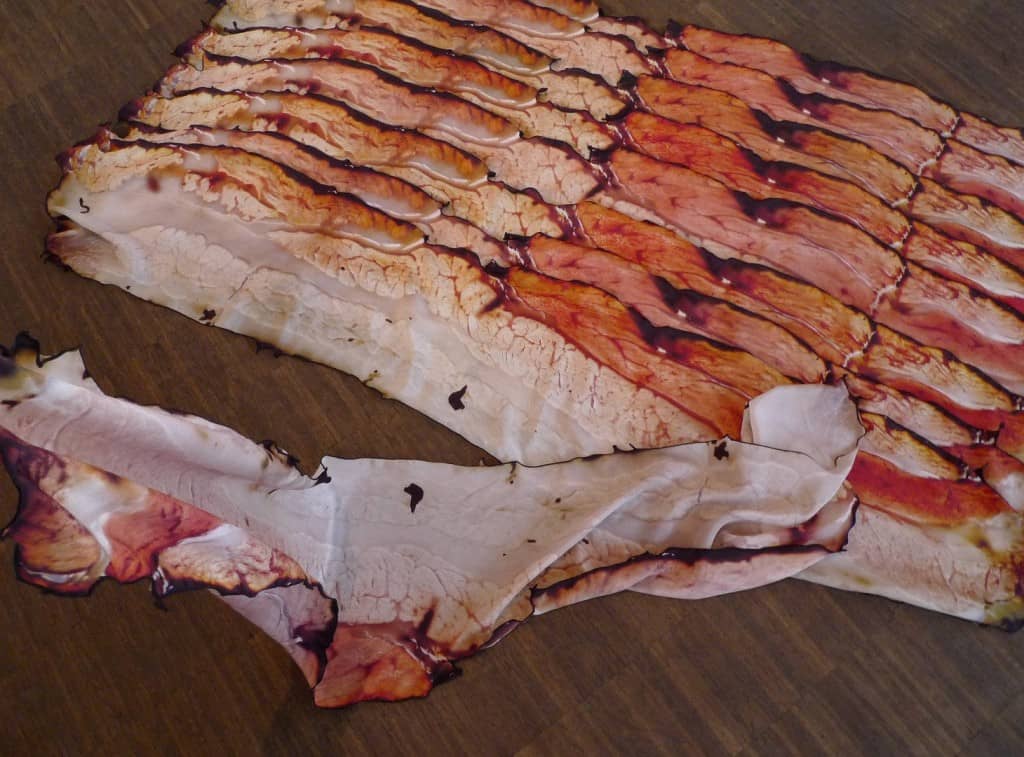 We suggest that you don’t wear these near any animals. 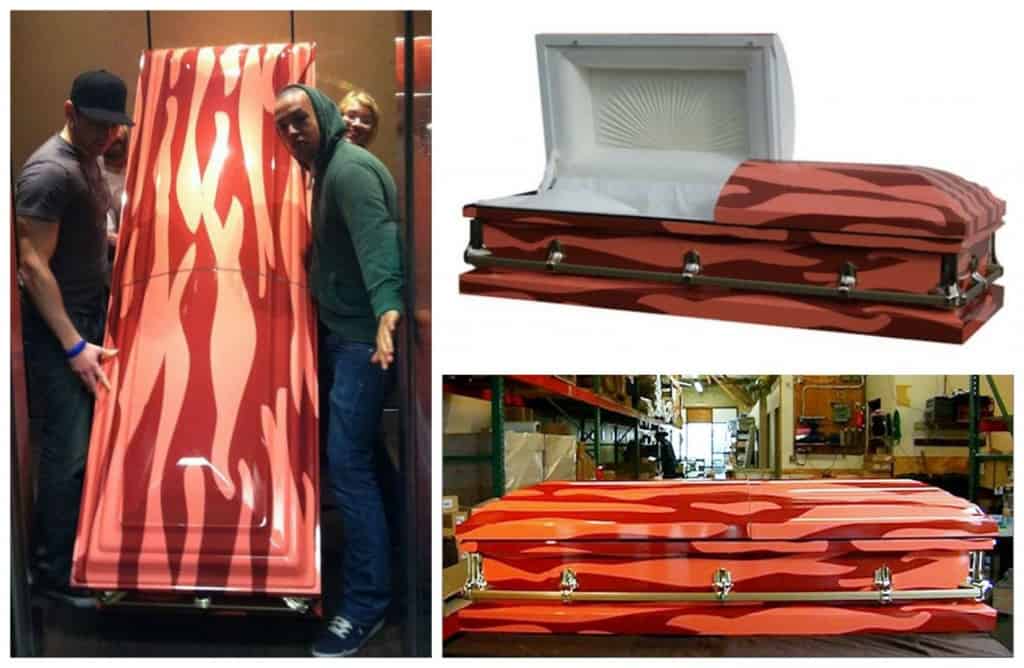 And when that day comes, they will say you were a bacon lover till the very end.