There are movies and there are movies. Most films which we watch are easily forgotten, put on in a moment of haste to stop a gap in our open schedule. They entertain us for a time but pretty soon, they are shoved to the backs of our minds, never to be thought of again. There are some movies, though, which do things a little differently and some way or another, stick around for the long haul.

The film twist. The endings you didn’t see coming. The big reveal. It’s more than likely that you’ve encountered at least one film which contains a surprise at the end, a sudden close which left you sitting agape at the cinema screen in its aftermath. Lucky for you, there are a whole load of these bad boys out there in cinematic history and if surprise is your thing, you’re pretty well catered for. 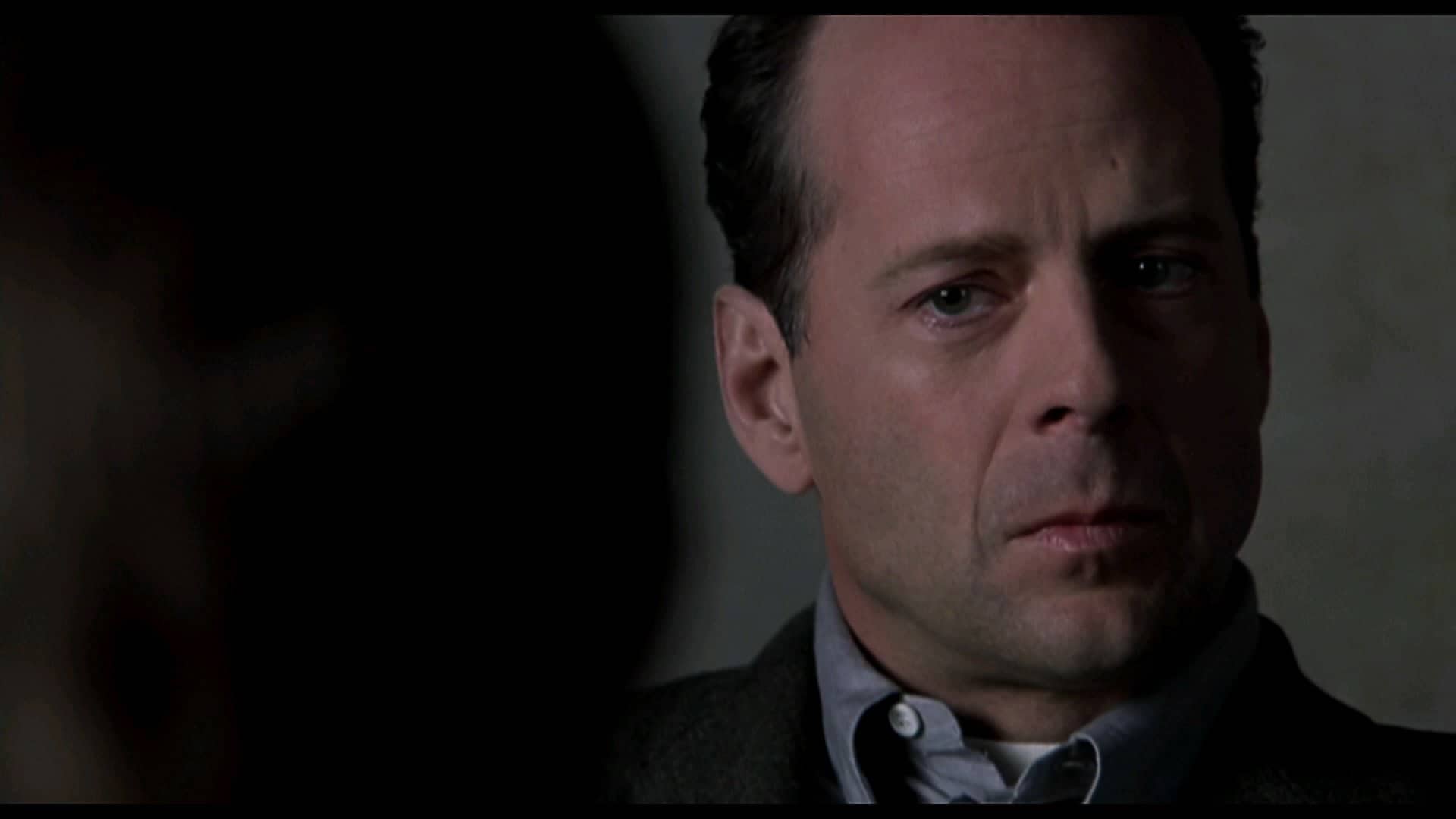 Ok, so chances are, you’re already aware of this film’s shock ending. Even people who have no idea what the film is about seem to know what happens in the end. The film’s notoriety, however, has not made it any less effective and even if it’s the third, thirtieth or three-hundredth time you’ve seen the film’s fateful ending, it is still as shocking and bone tingling.

*SPOILER*: Bruce Willis’ character is a ghost the whole time.

The denouement of The Crying Game comes pretty early in the film and the reasons for this are more than a little obvious. Watching from a modern day perspective, it is easy to – ahem – uncover the film’s secret but at the time, audiences were blown out of their minds.

*SPOILER*: The beautiful Dil is actually a man. 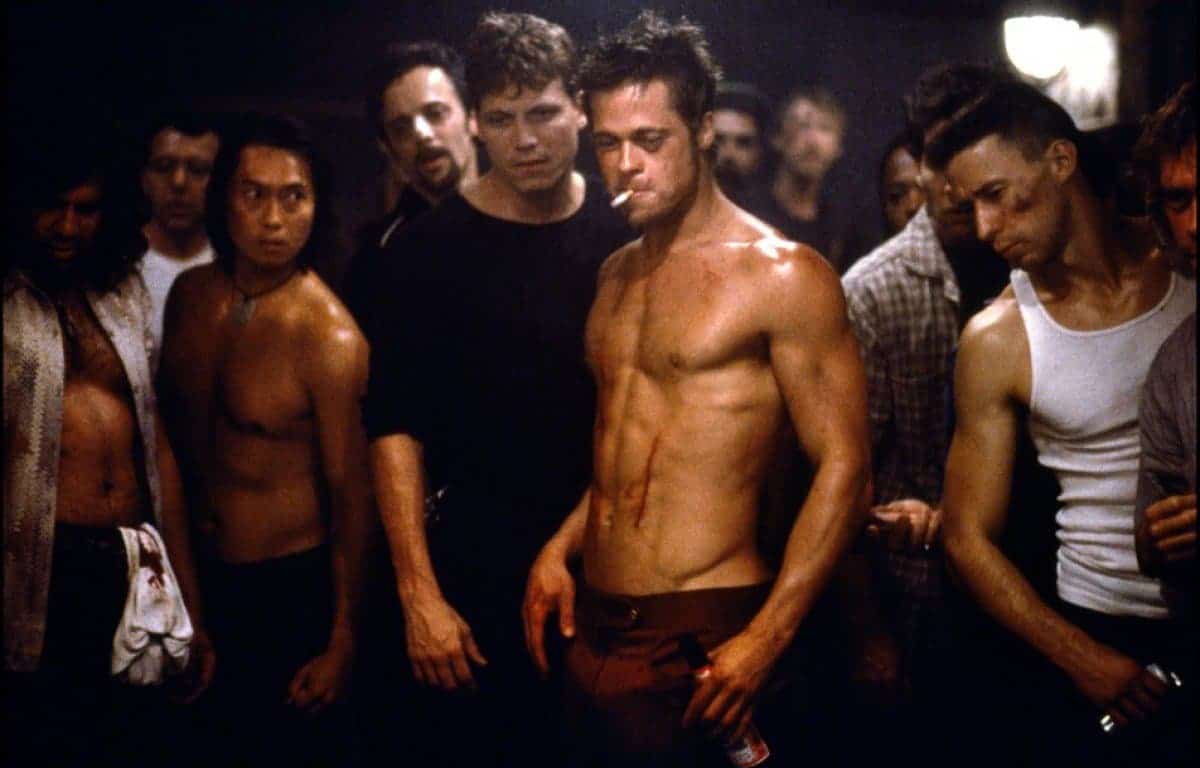 The best thing about Fight Club’s surprise ending is going back and watching it all over again. Even after dozens of viewings, it’s possible to find things that you never noticed before. Now that’s good cinema.

F is For Fake 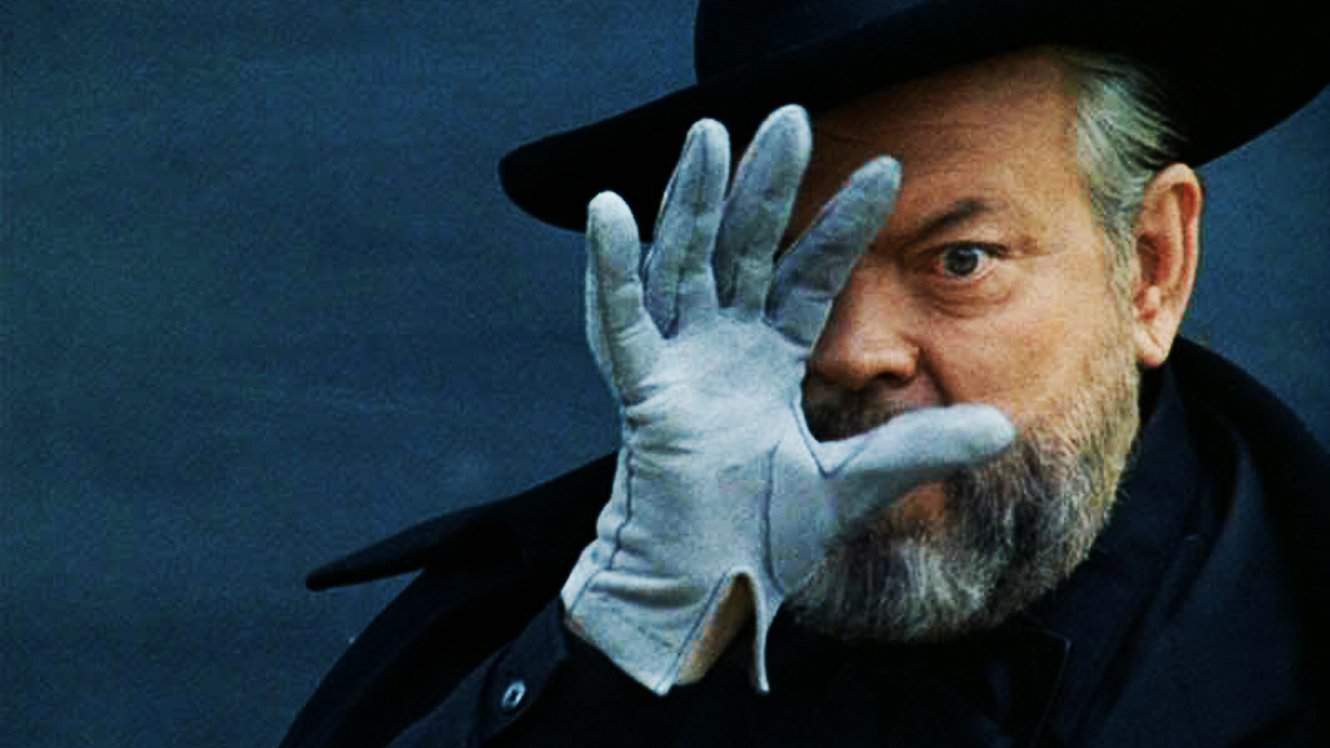 The clue’s in the name with this cinematic gem and even if you see the ending coming, it doesn’t make it any less enjoyable. Orson Welles shows us why he was such a master of cinema and despite his smug, satisfied smile, it’s hard to begrudge him his title.

*SPOLIER*: Even though Welles seems to tell the truth, the last story in the film is completely made up. 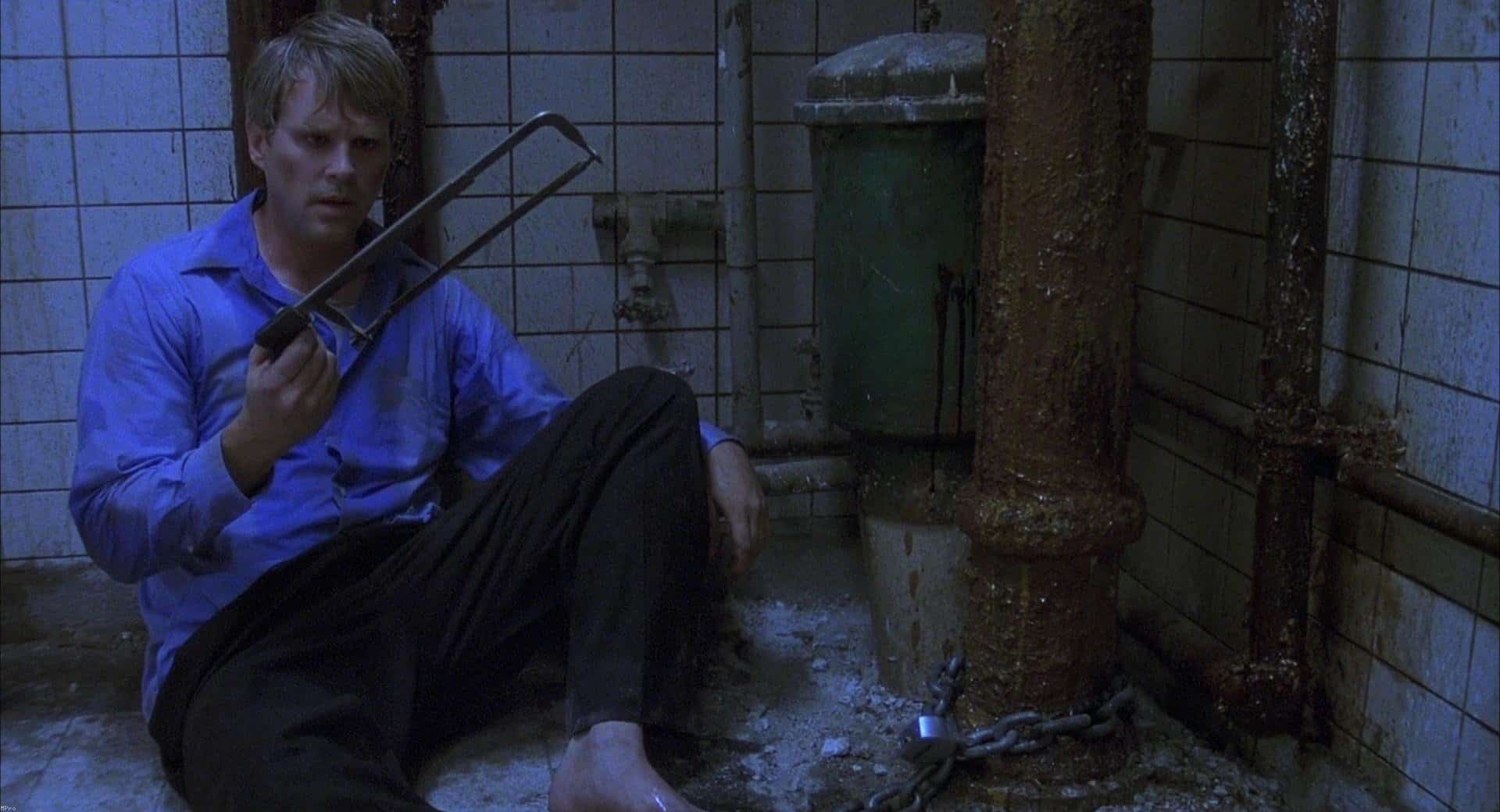 Whilst the whole franchise went a little off the rails after the second instalment, the first film was a genuine shock-fest. The film itself is one of the most stressful movies you might ever watch and the reveal at the end will have you banging your head against the wall. Simple, yet so effective.

*SPOILER*: The dead body lying on the floor is actually alive and the perpetrator of the whole sick game. 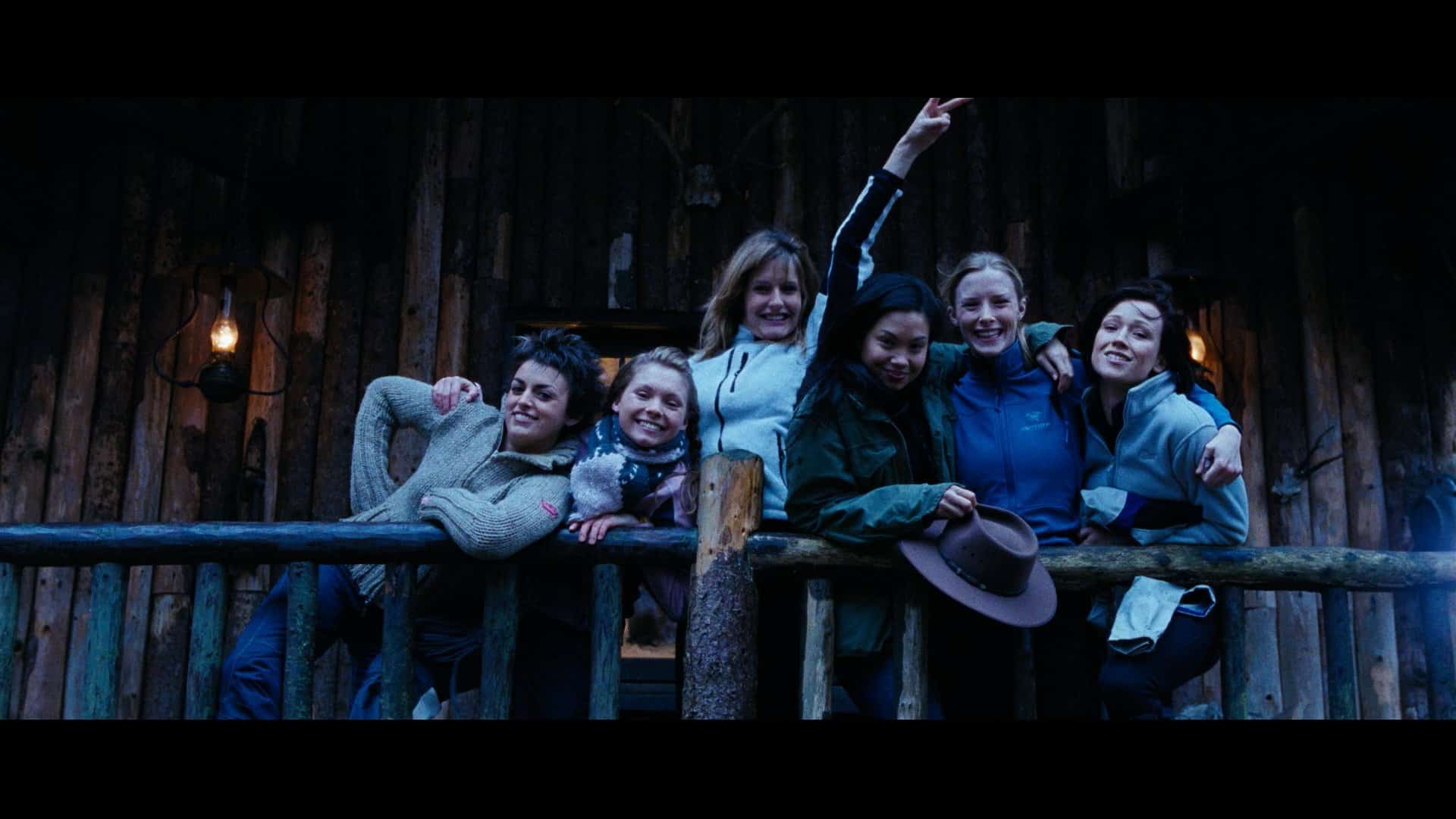 The ending of The Descent is more than a little cheesy and yet, when you watch the film, you will get completely wrapped up in the moment. If you’re unfamiliar with this subterranean horror-romp, then watch it now. There’s a reason your teachers wouldn’t let you use “then I woke up and it was all a dream” in your stories.

*SPOILER*: Even though she appears to escape, Maya is still inside the cave – it is all a dream. 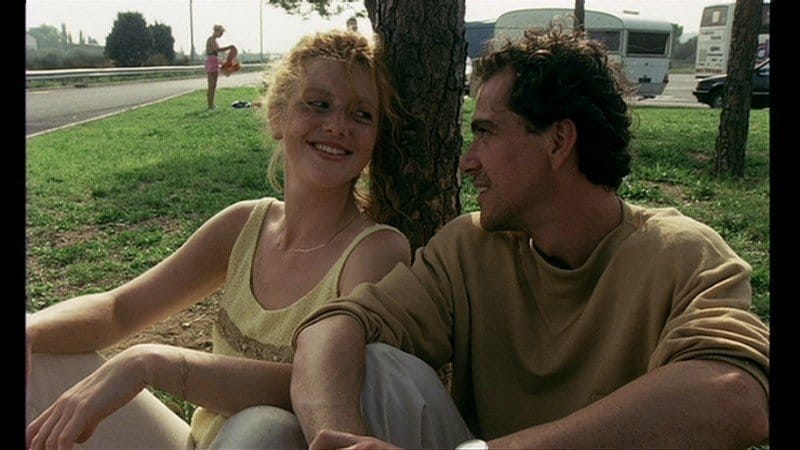 Despite being subject to an inevitable subpar Hollywood remake, the original Dutch film is genuinely creepy and haunting. Whilst it certainly won’t leave you uplifted or optimistic, endings like this one are what cinema’s all about.

*SPOILER*: Rex, like his girlfriend, is buried alive by Raymond, who gets away with it. 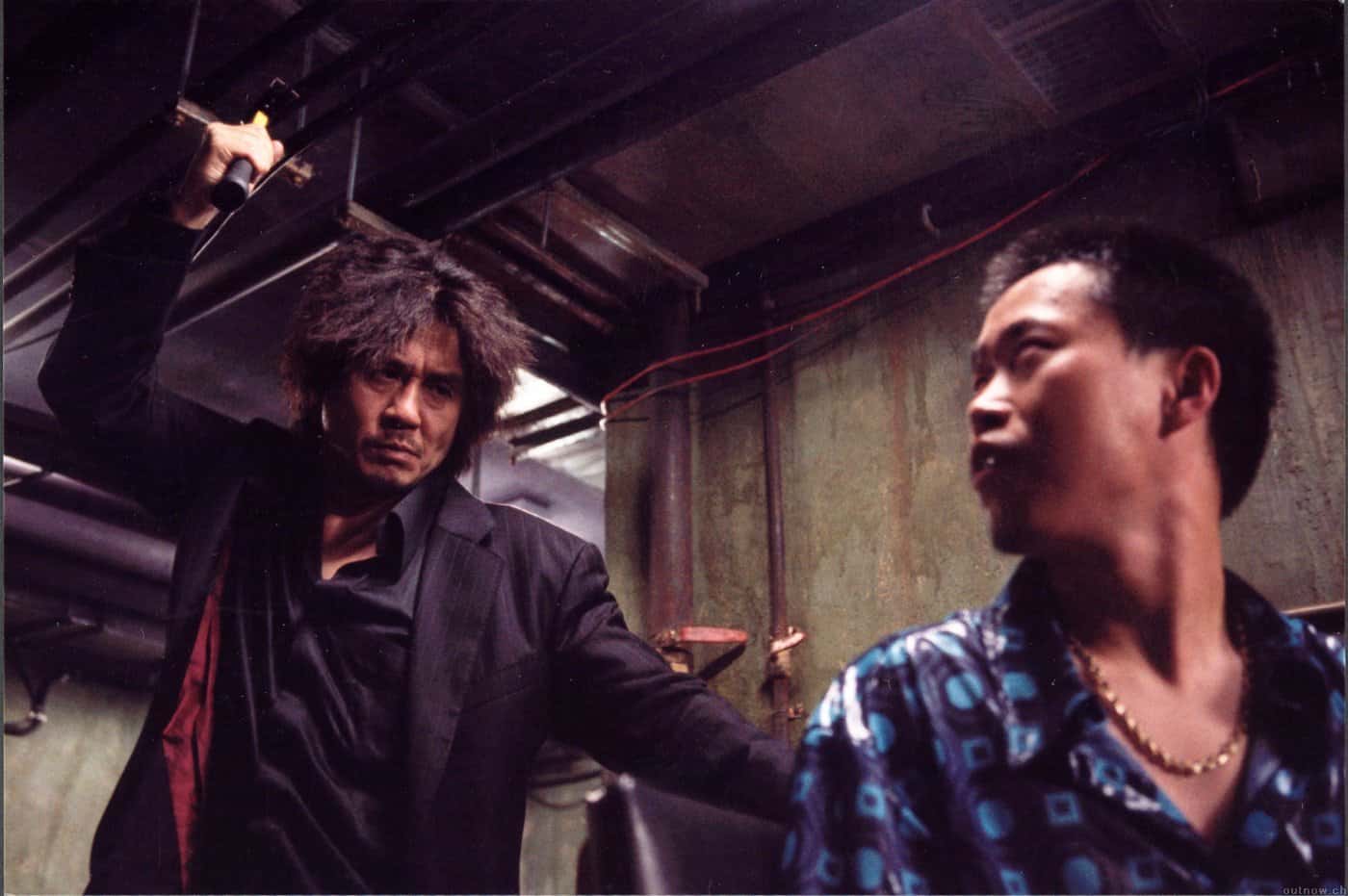 Apart from being one of the best films to have ever been released, Oldboy has an ending that will simultaneous knock your socks off, make you shout out loud and leave you feeling a little bit sick. The entire film’s a wonder to behold but it is in the ending that you will really become obsessed. Prepare to have questions.

*SPOILER*: Dae-su finds out that the woman with whom he has fallen in love is actually his daughter. 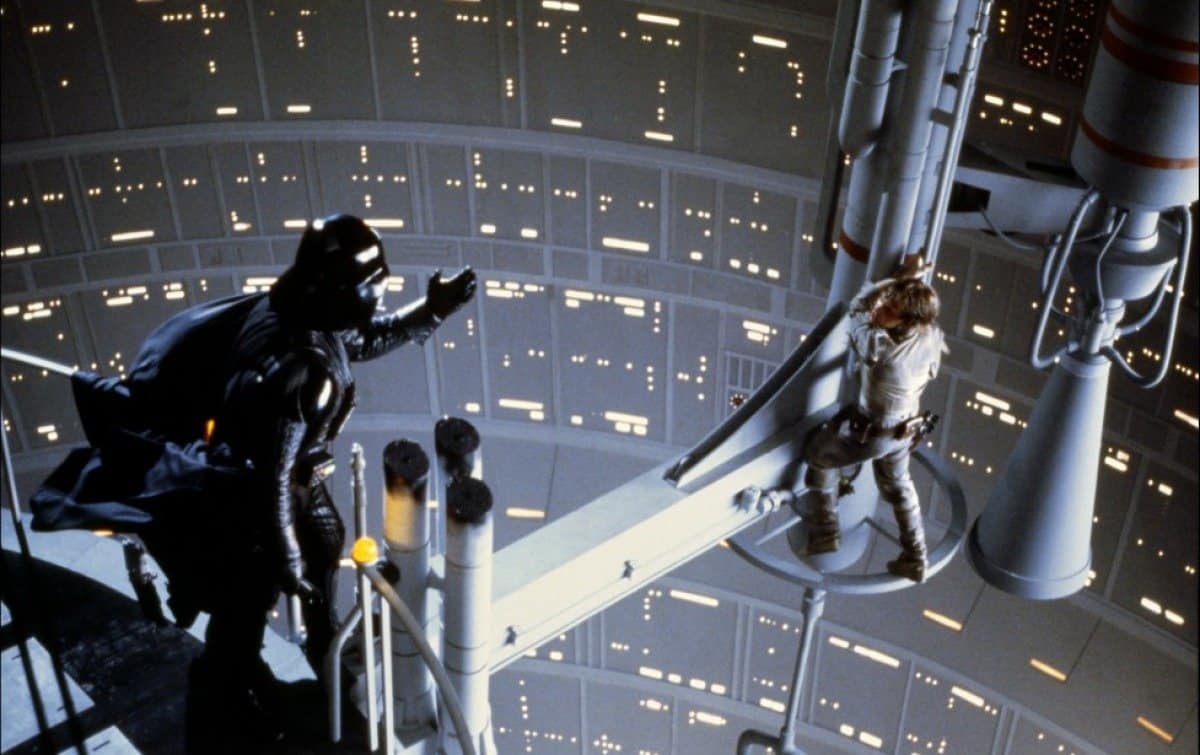 Don’t ask which film I mean because you already know. Yes, that one. With a confessional line, an entire generation was hooked onto the Star Wars franchise. Whilst we all know what the ending is, it doesn’t stop it from being any less amazing each time that we see it played out. 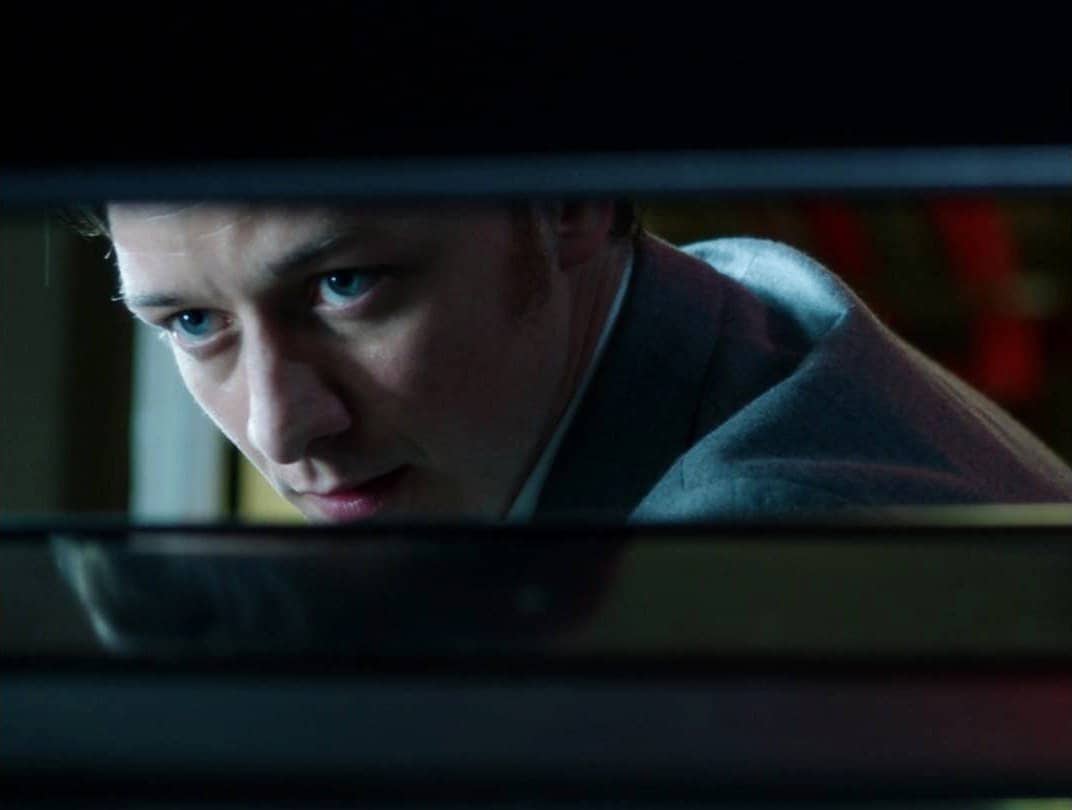 These days, so many films try and plant a shock ending and fail miserably. Not Trance. Don’t try and guess what happens because what you think is going on is completely removed from the reality of the situation. Trance will leave you hypnotised.

*SPOILER*: Elizabeth hypnotises Simon in order to make him forget his obsession with her. 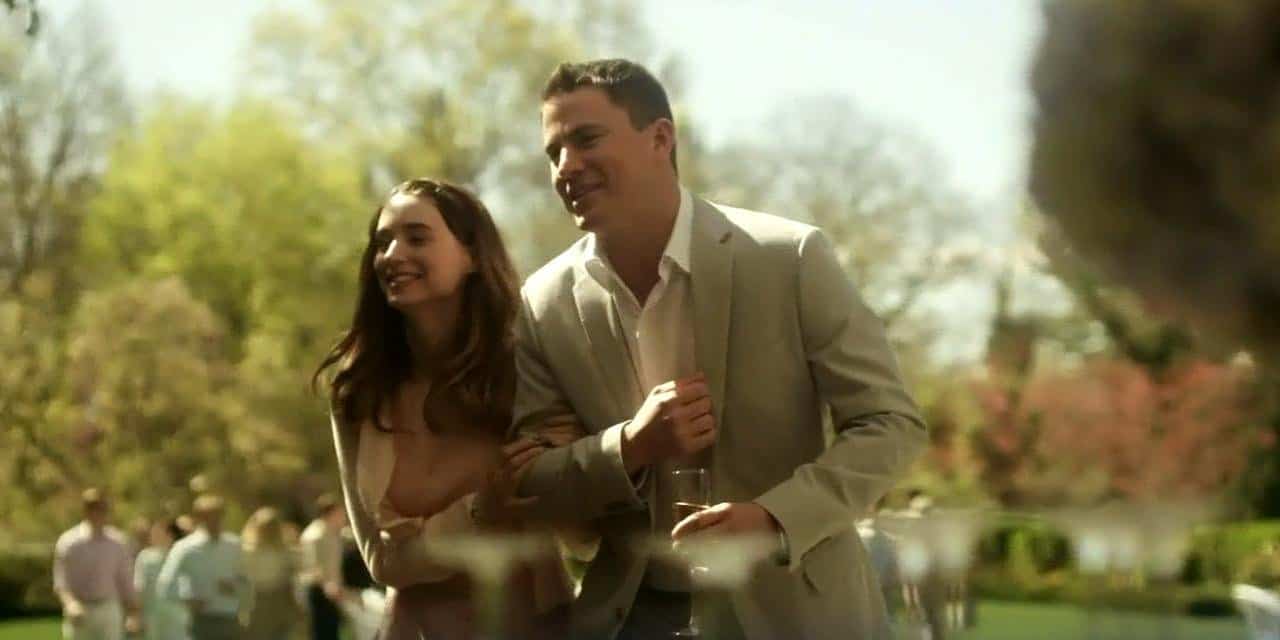 Proving that 2013 was the year for the film twist, Side Effects will leave you more than a little dizzy. The film that will have you rooting for and hating each character multiple times, Side Effects’ ending will feel like a punch in the stomach.

*SPOILER*: Emily and Victoria are lovers who faked everything in order to get rich. 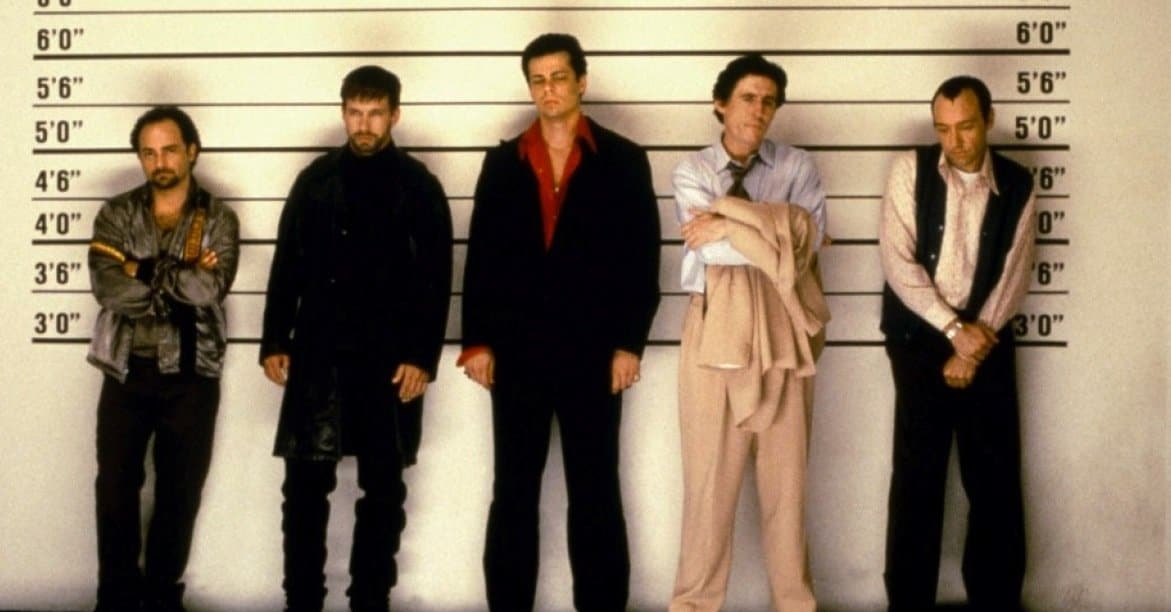 The entire running of The Usual Suspects plays out like a detective investigation. Things that you don’t even realize have any significance will run up behind you and hit you over the head. The best part of this film is watching it over and over again in an attempt to pull together its loose threads.

Chinatown is a film you’re going to watch more than once, not least because of its twisty plot line. In fact, the film changes pace so many different times that you might not even be aware when the big reveal happens. So far, we’ve watched it 5 times and each time, we’re more shocked and revulsed. It’s a good’un, trust us. 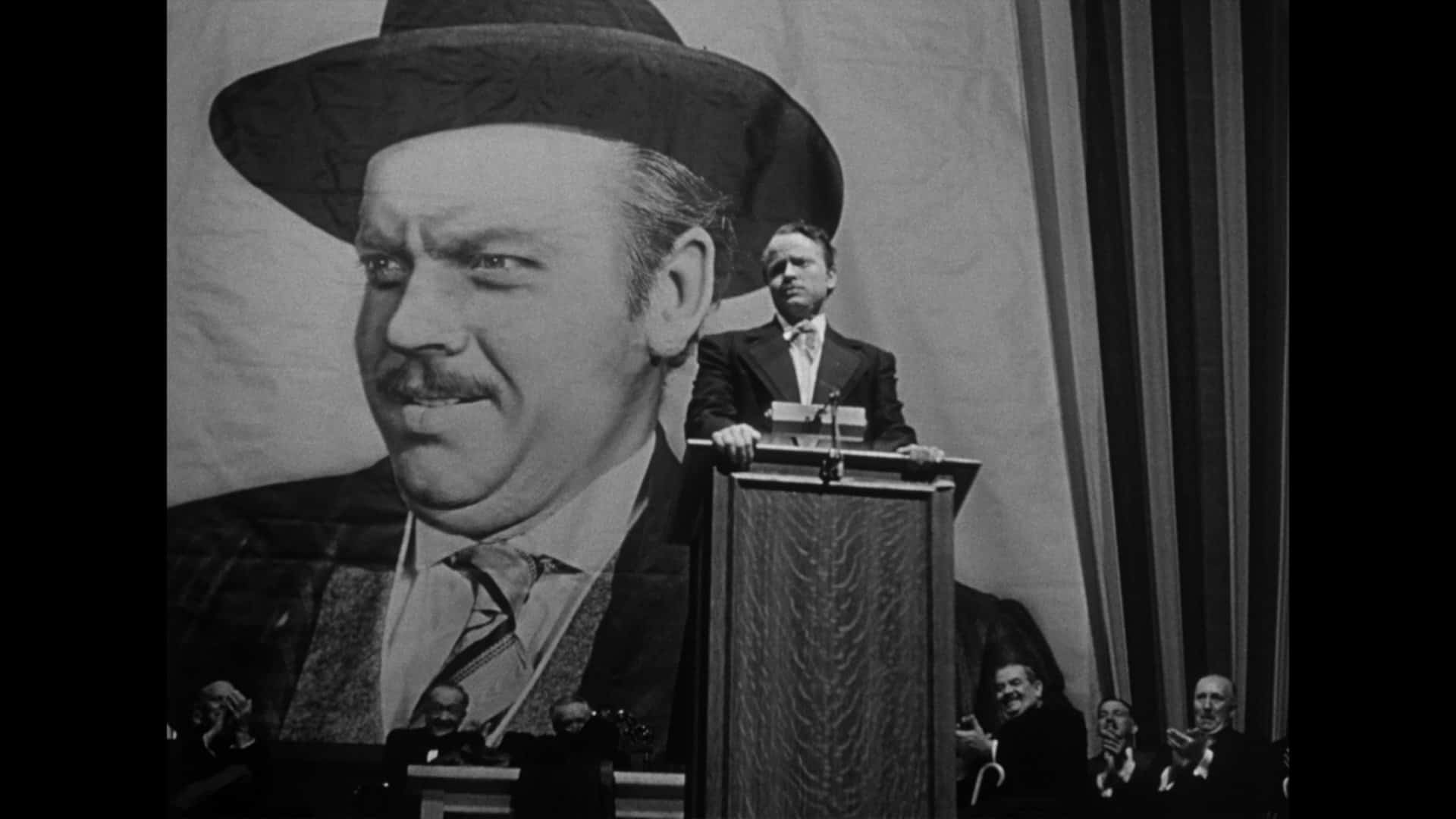 Like The Sixth Sense, the ending of Citizen Kane is something that you probably already know without realizing it. You follow? Whilst the film is more of a drama, prepare to watch it with the beady eyes of a detective, searching for clues to solve the mystery. You won’t succeed, by the way.

*SPOILER*: Rosebud is Kane’s sleigh from his childhood. 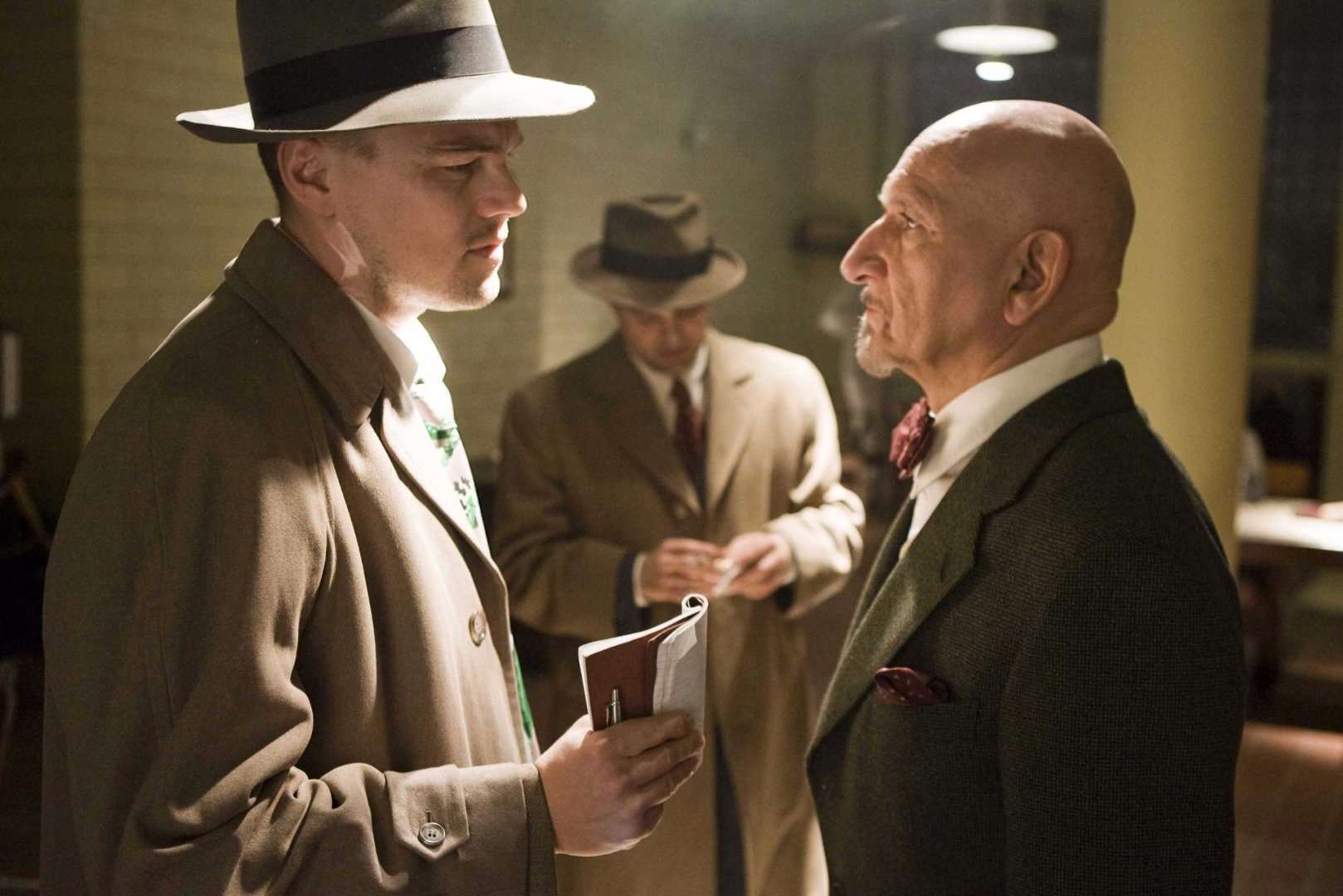 Ok, so the ending of Shutter Island is a little bit corny. Even if you start to get a hint at what is going to happen, it doesn’t make watching the whole thing play out any less satisfying. The twist in the end comes straight out of classic Hollywood and whilst you might have seen it before, you’ll love it all the same.

*SPOILER*: Teddy Daniels is a patient at the Ashecliffe Hospital. 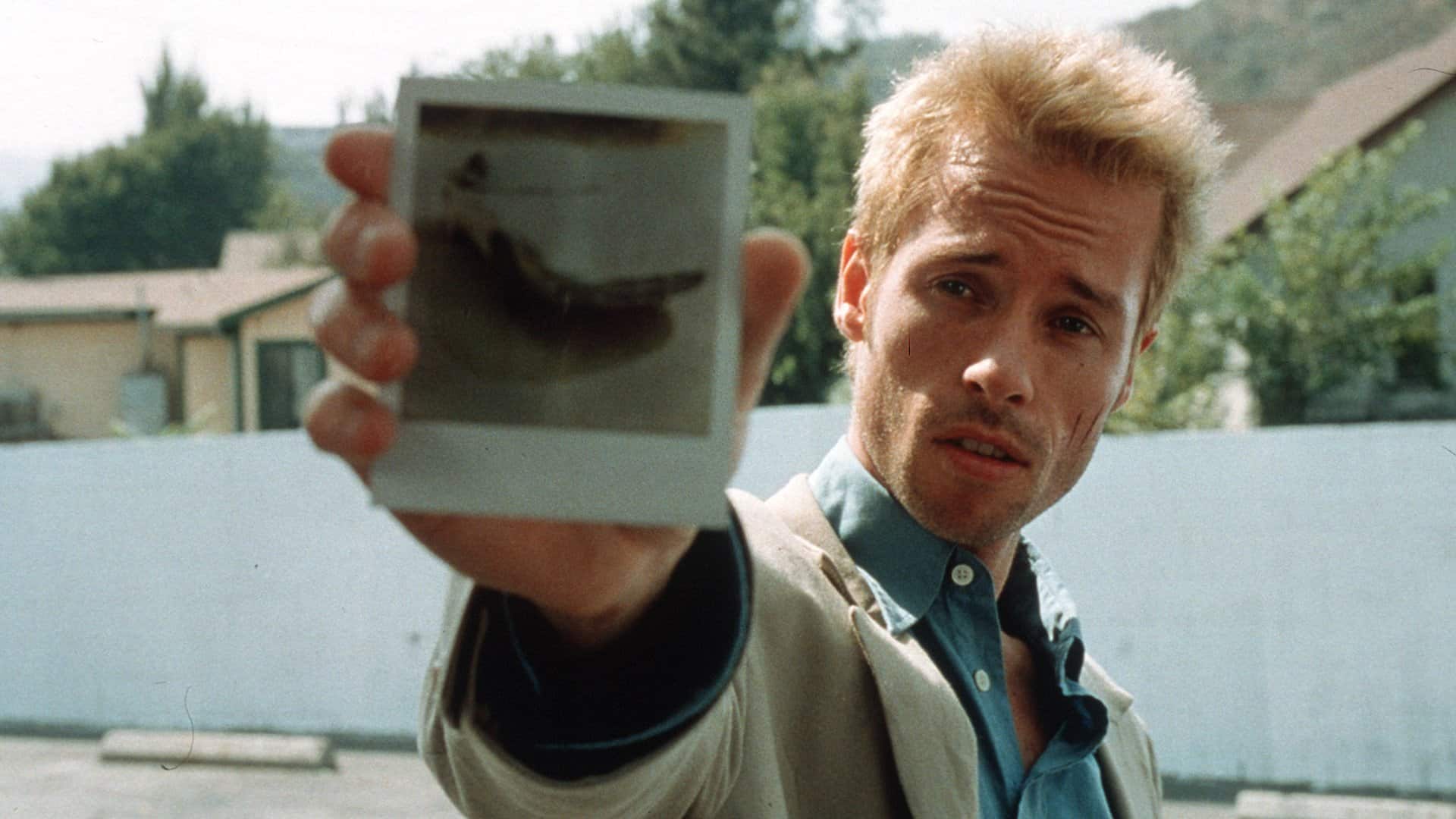 Memento is yet another film that you’re going to watch more than once and even when you’ve seen it dozens of times, you will still be trying to piece the parts together. The film starts at the end and runs backwards, so the key is not what happens in the end but instead, what happened in the first place which made it all possible? Clever.

*SPOILER*: Teddy is the man from the story he told and was responsible for his wife’s death. 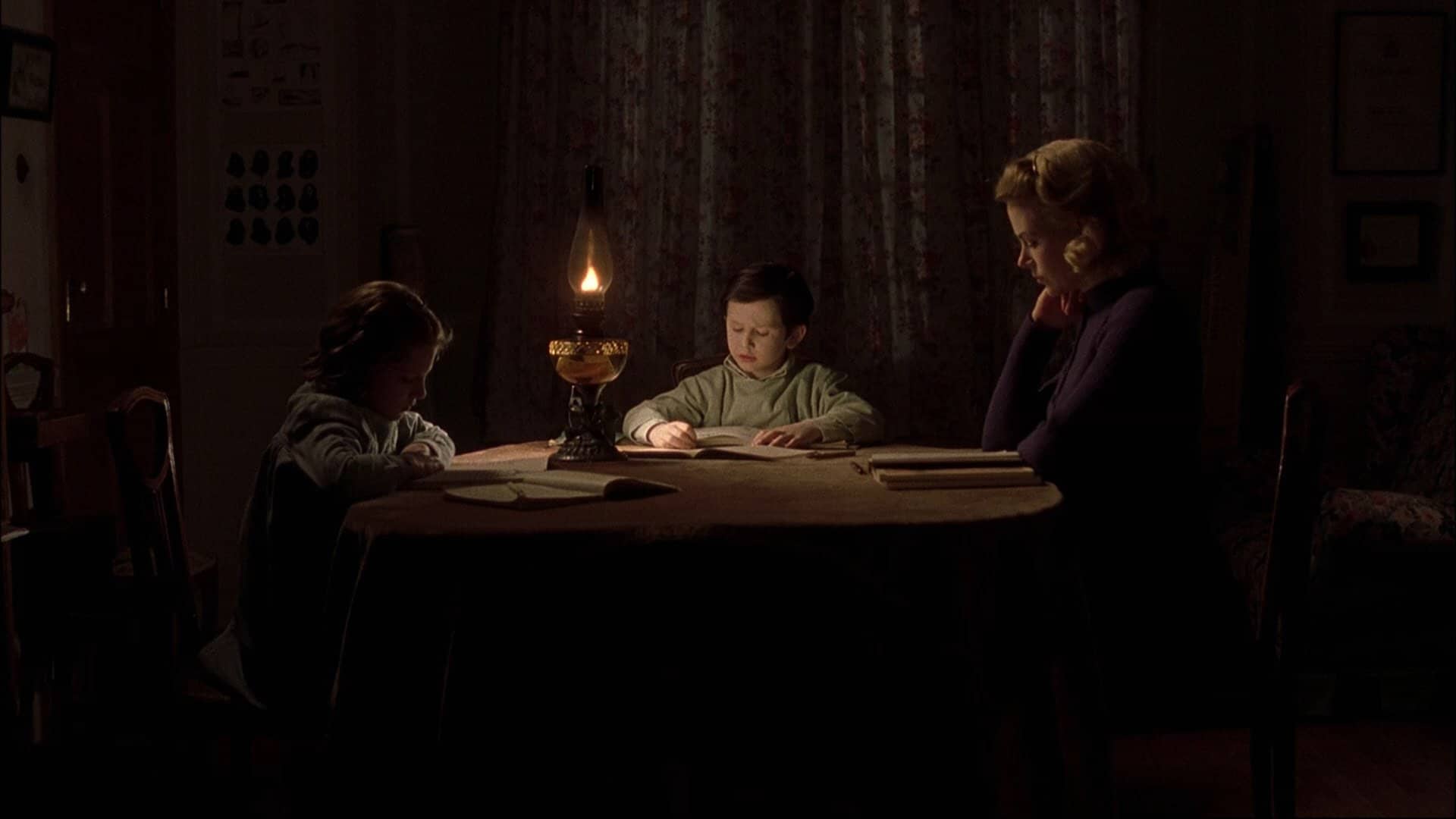 Who doesn’t love a good old fashioned ghost story? Set almost entirely in the dark, The Others is a film that will really give you the chills. The ending of the film is suitably Victorian and will give you the creeps for weeks to come.

*SPOILER*: The family are all ghosts. 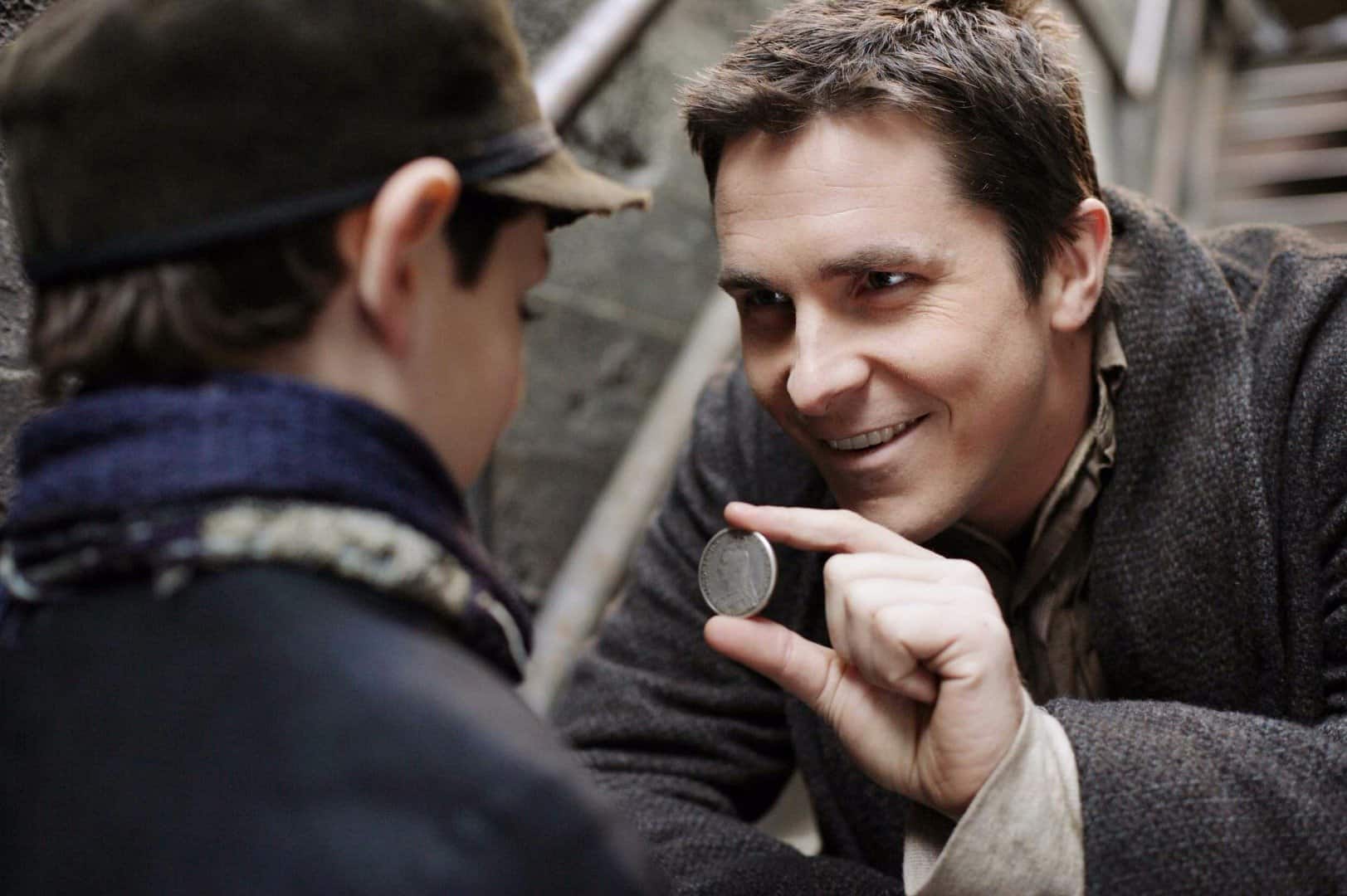 Christopher Nolan really knows how to surprise his audiences. A film about magicians, The Prestige will pull the wool over your eyes on more than one occasion and even if you try and keep up with the quicksilver plot, you’re probably going to get left behind. Sit back and let it wash over you; the ending will hit you like a ton of bricks.

*SPOILER*: Robert Angier is not dead after performing The Transported Man – the trick clones his body. 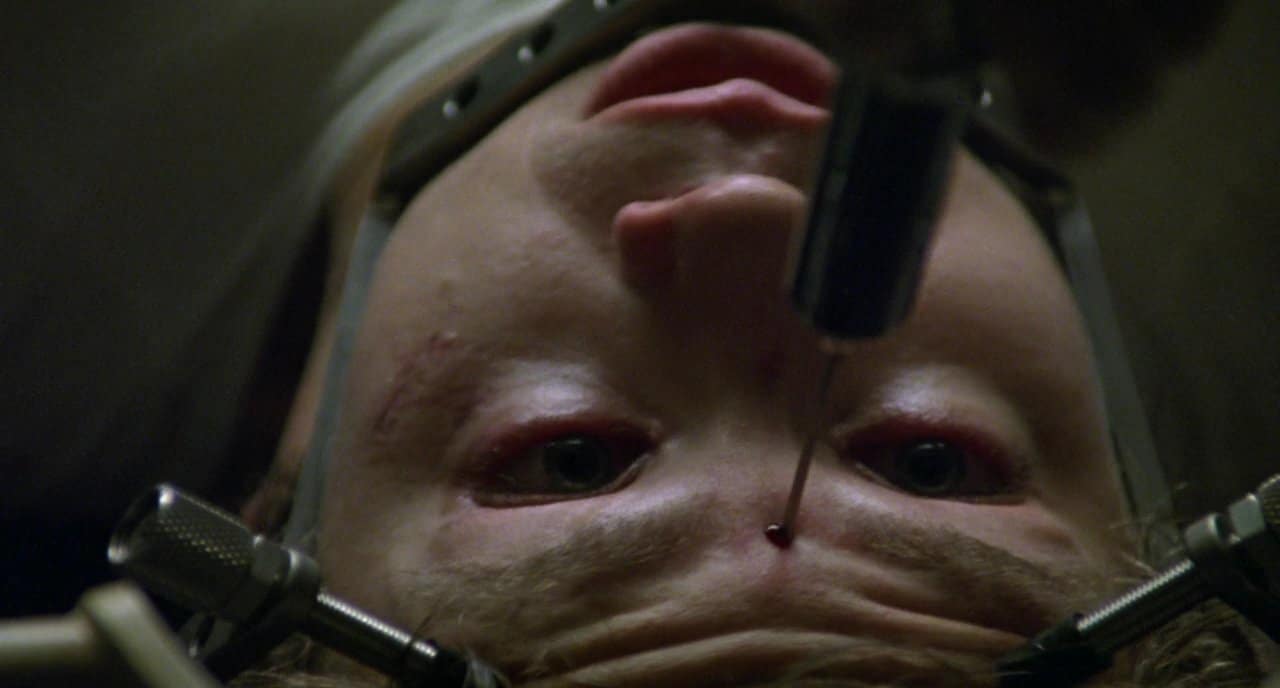 Jacob’s Ladder takes the whole dream sequence thing to an entirely new level and in Adrian Lyne’s nightmare world, you might believe that you have found hell on earth. The film really amps it up to 500 and when the big reveal comes around, you will breathe a huge and heavy sigh of relief.

*SPOILER*: Jacob is already dead and has been in a post-death hallucination. 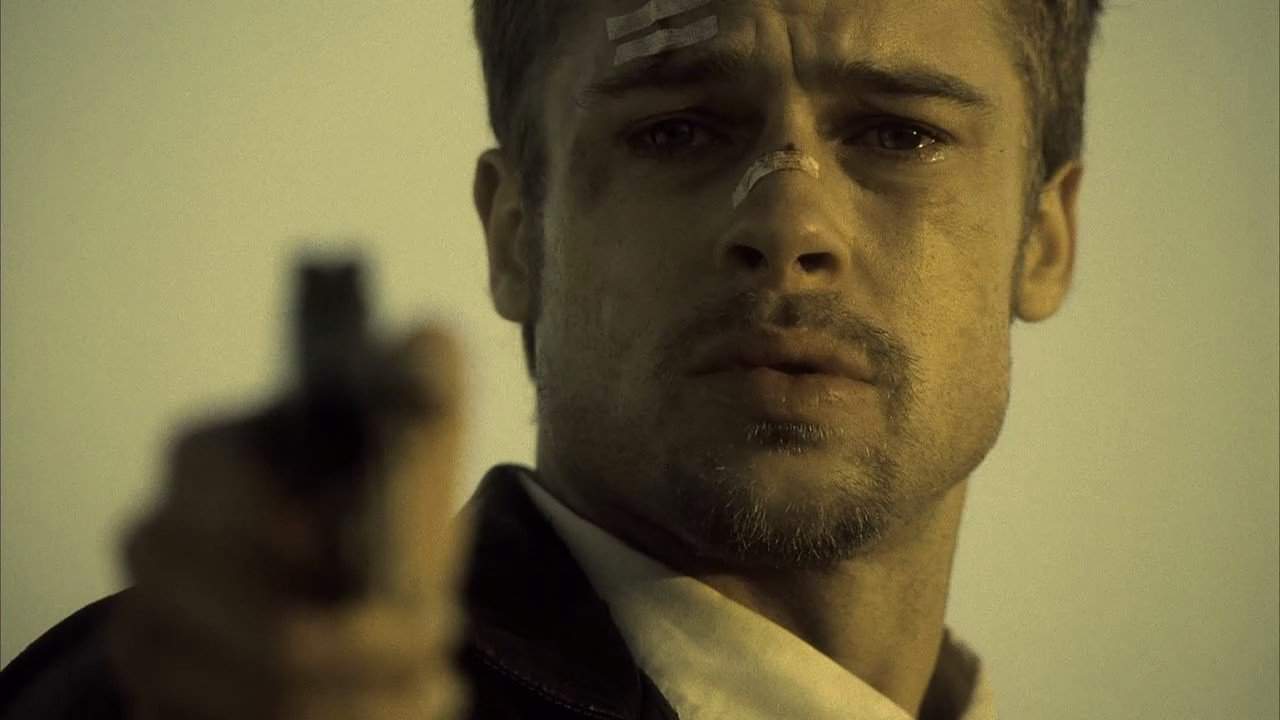 When David Fincher does a mystery, he really goes for it. At every point in the film, you will be guessing and second guessing the plot, trusting in some people and shunning others. The film’s ending will hit you like a beam in the eye and when everything is resolved, you will want to rewind the film and watch it all over again.