The service industry is full of people who rely heavily on tips. From restaurants to coffee shops, people try their best to help the customer so that they can earn a decent tip in return. We see tip jars all over the place, but not enough people are courteous enough to leave a tip on their own. This is why a lot of places have had to create special tip jars in order to get people’s attention. Here is a list of 10 tip jars that are smart and creative in their approach to squeeze the extra few cents from the customer: 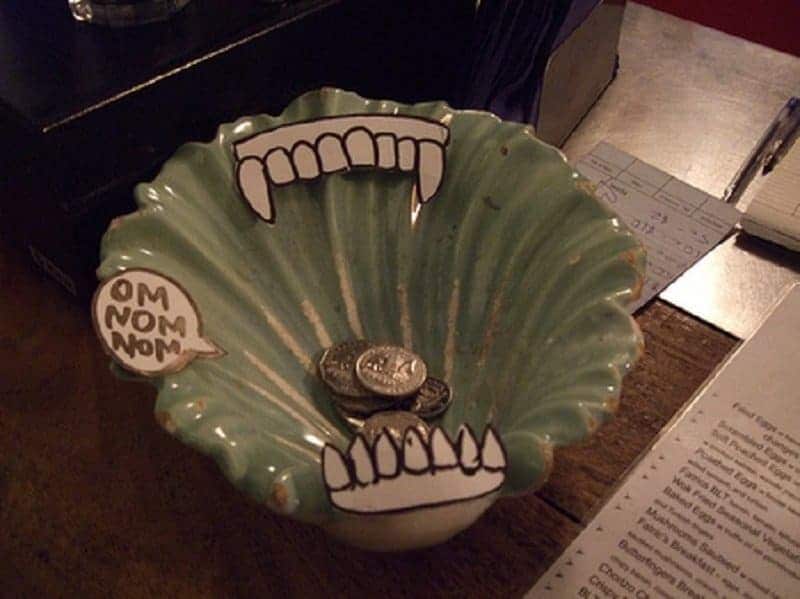 This tip jar got completely transformed into a monster’s jaw just by using a couple of cut-outs and a small note on the side.

Battle Of The Sexes 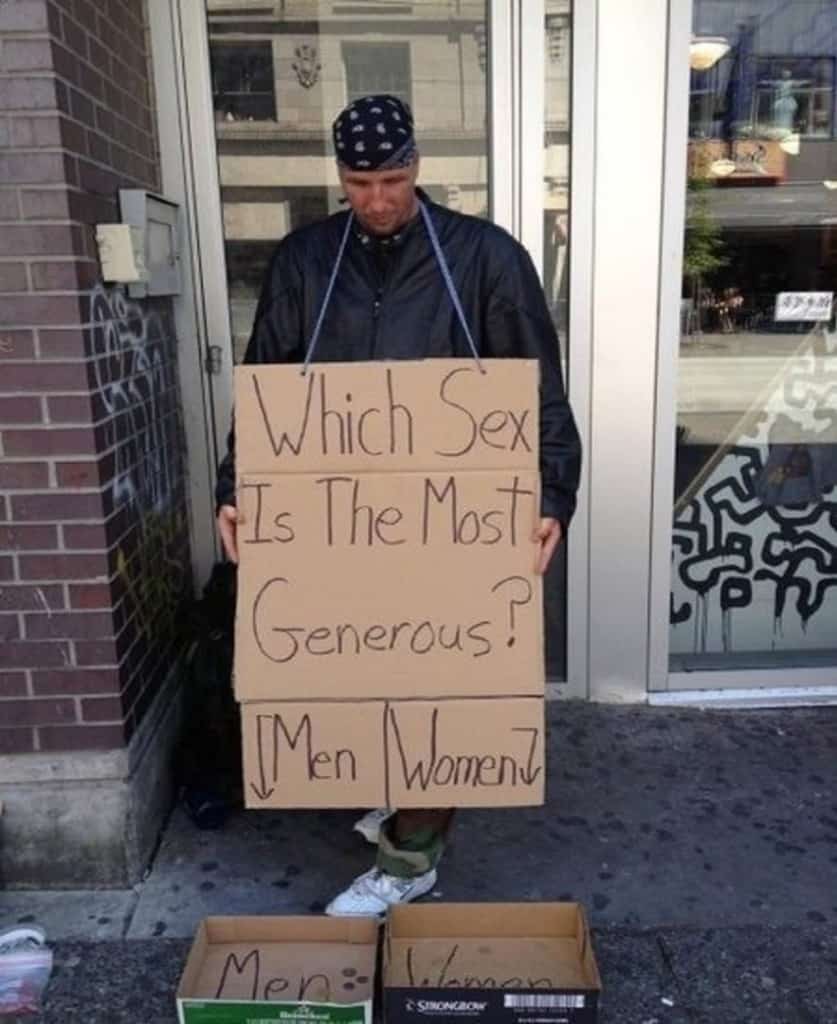 This man decided to pose the question for all ages in order to get a few more bucks in his account. Is he accounting for the fact that women apparently only make 70 cents in comparison to a man’s dollar? 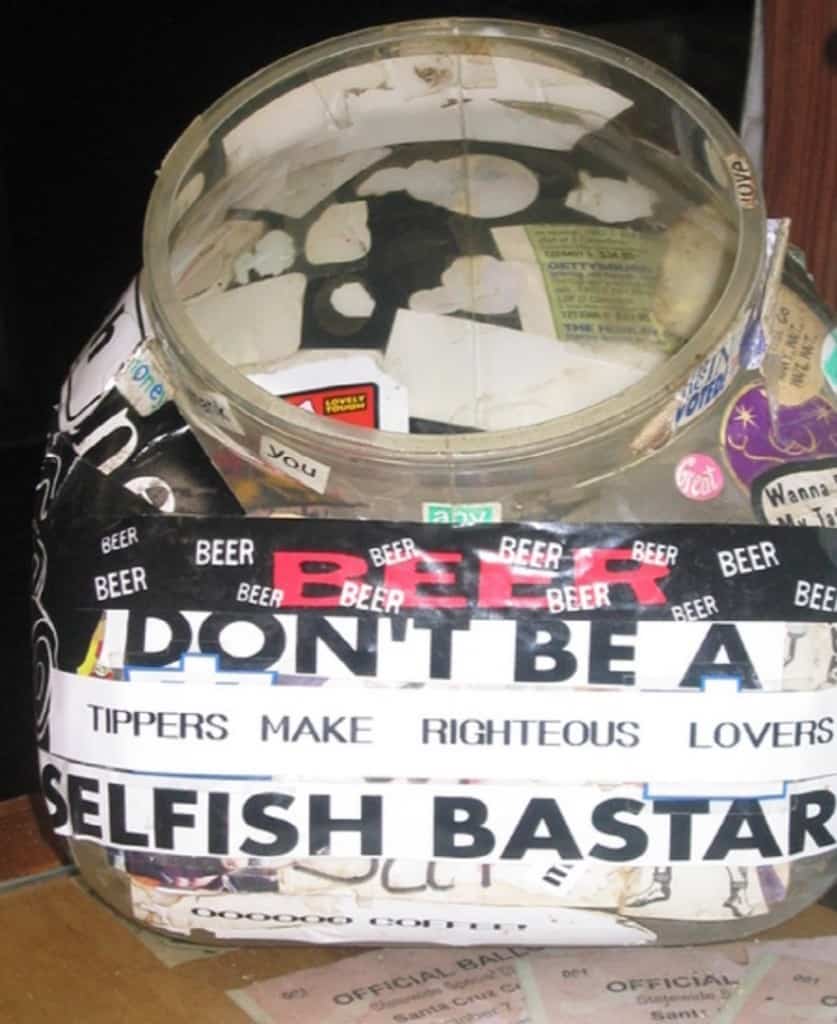 The logic here is that if you are a giving person when it comes to tips, you must be good in bed as well. 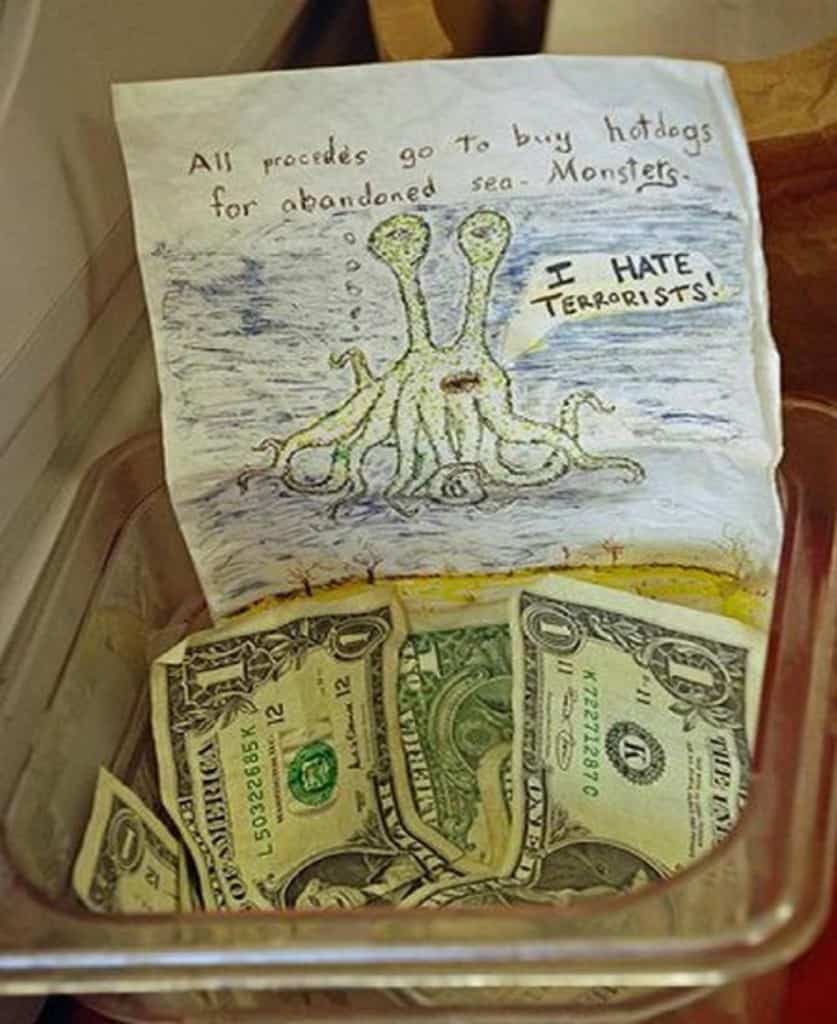 No one can turn down a good cause. Feeding hotdogs to sea monsters is as good a cause as any to get the tips flowing. 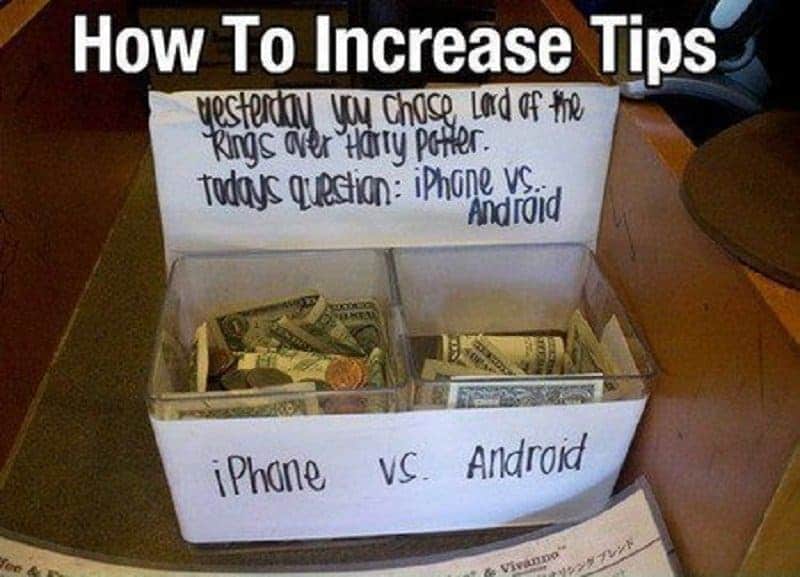 This isn’t a tip jar per se. It is merely collecting answers to important questions in the form of currency. 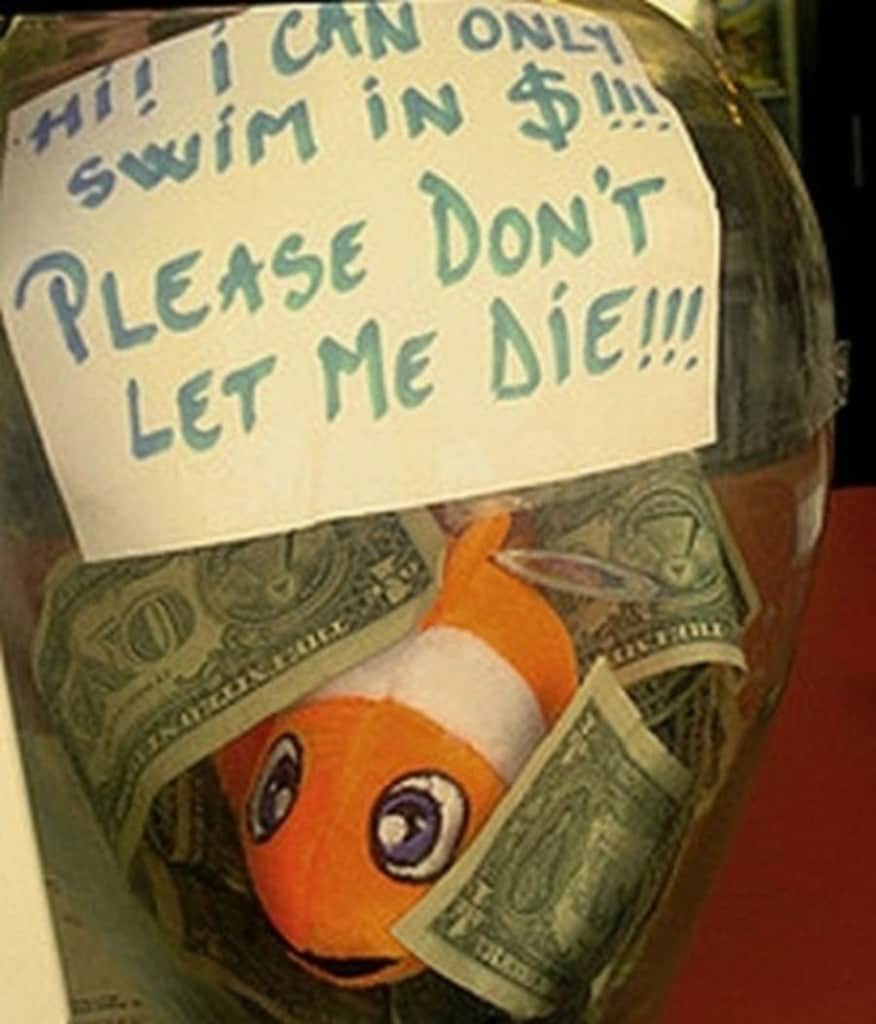 Only a heartless person would let a fish die from lack of currency. Someone throw that fish a buck, stat! 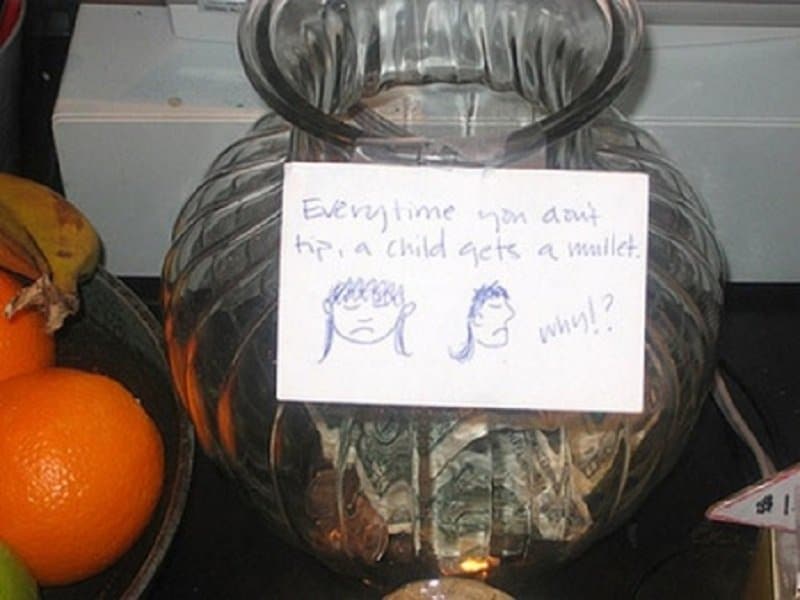 Everyone hates mullets. This tip jar is using the threat of a nasty fashion fad to keep the money rolling. 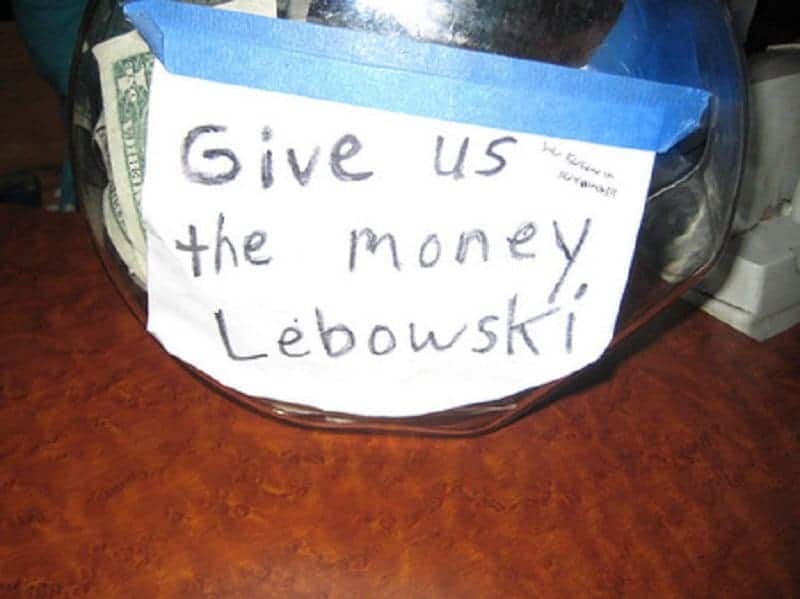 Making a reference to an awesome cult classic is a great way to earn your customers respect and their money. 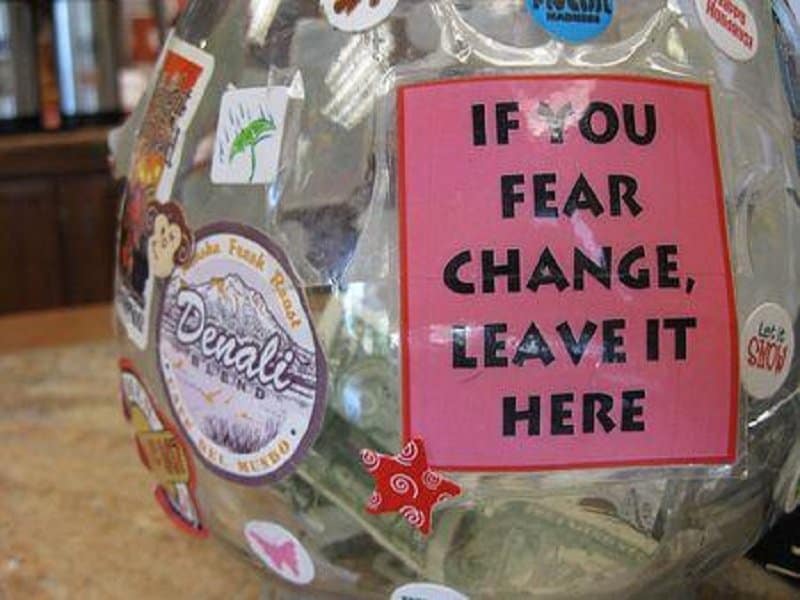 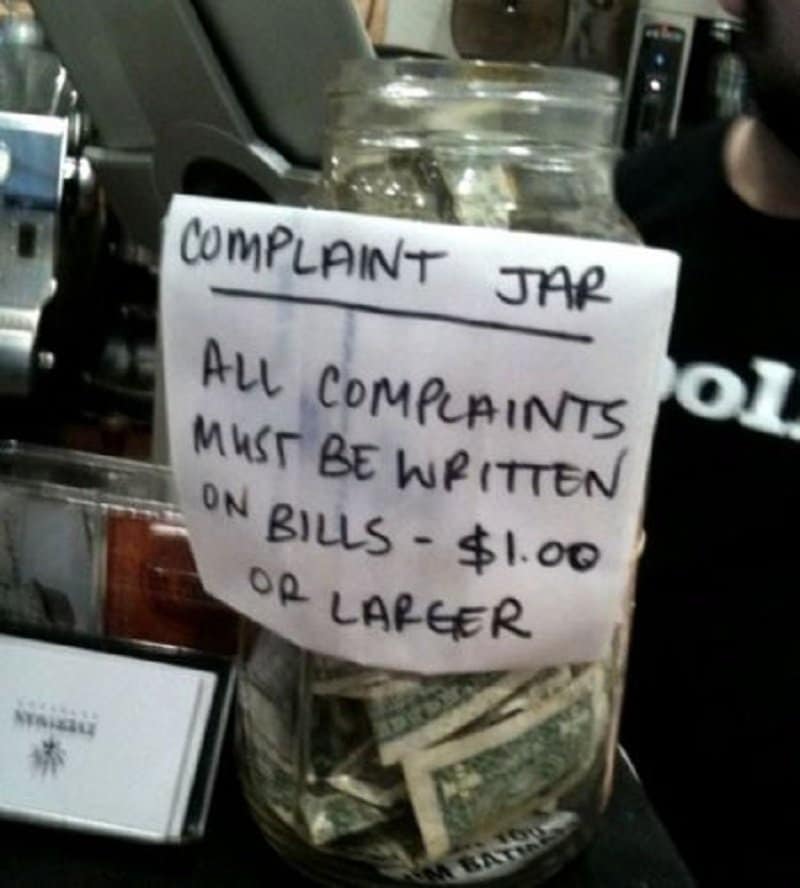 Not everyone has money for a tip, but nearly everyone has complaints. This tip jar is making that very point by disguising itself as a complaint jar.