The web-slinger is easily one of the most recognizable superheroes of all time. He’s one of Marvel’s most popular characters and has had quite a history over the years. The story of young Peter Parker is relatable for readers of all ages, which is probably the key to Spider-Man’s popularity. Even the most dedicated fan can learn a thing or two about the web-slinger’s history. We recently posted our ’10 Things You Probably Didn’t Know About The Hulk’ list, and with the recent Sony/Marvel deal it seemed like the perfect timing to create a list for Spider-Man. So, below is 10 things that you probably didn’t know about Spider-Man. 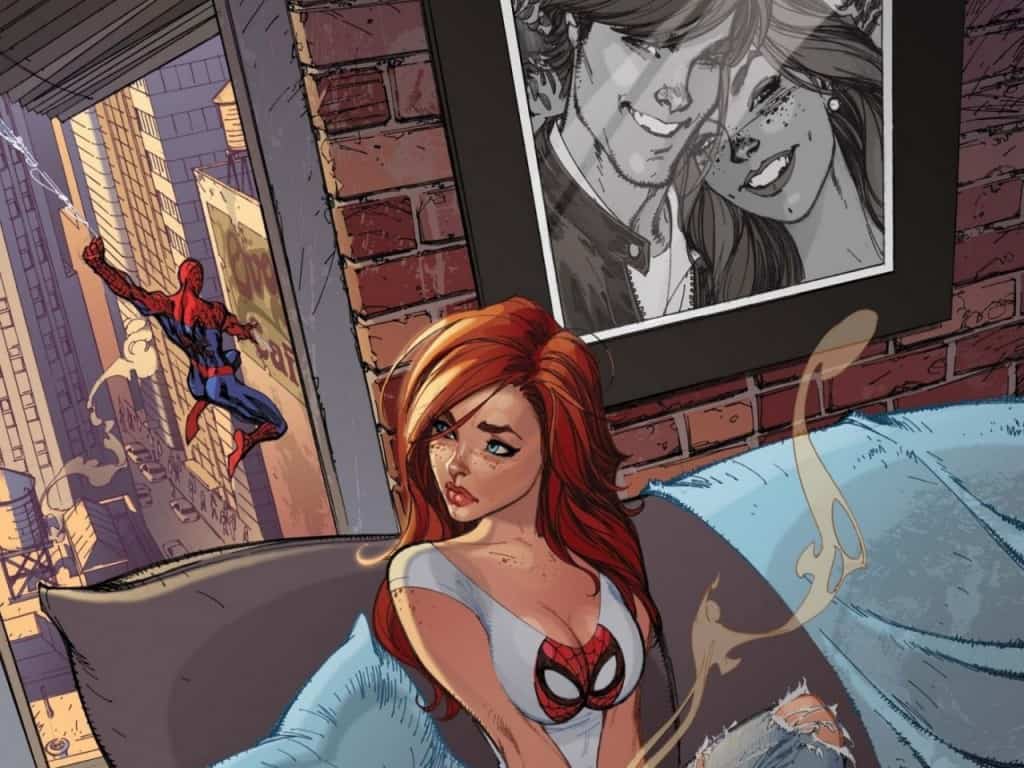 Believe it or not but Spider-Man has been romantically involved with more than just Mary Jane Watson. Before he met Mary Jane, he was in love with a girl named Betty Brant. After that fell apart, he moved on to the blonde beauty, Gwen Stacy. The death of Gwen was tragic, but Peter Parker was able to move on. His sights were set on the spunky Mary Jane, and the two eventually hit it off. The fourth love interest was the mysterious Black Cat. When Mary Jane was away from New York, Parker and Felicia Hardy (Black Bat) sparked interesting chemistry. Nothing came to fruition however, and Spider-Man eventually ended up with Mary Jane.

He Was A Member Of Fantastic Four 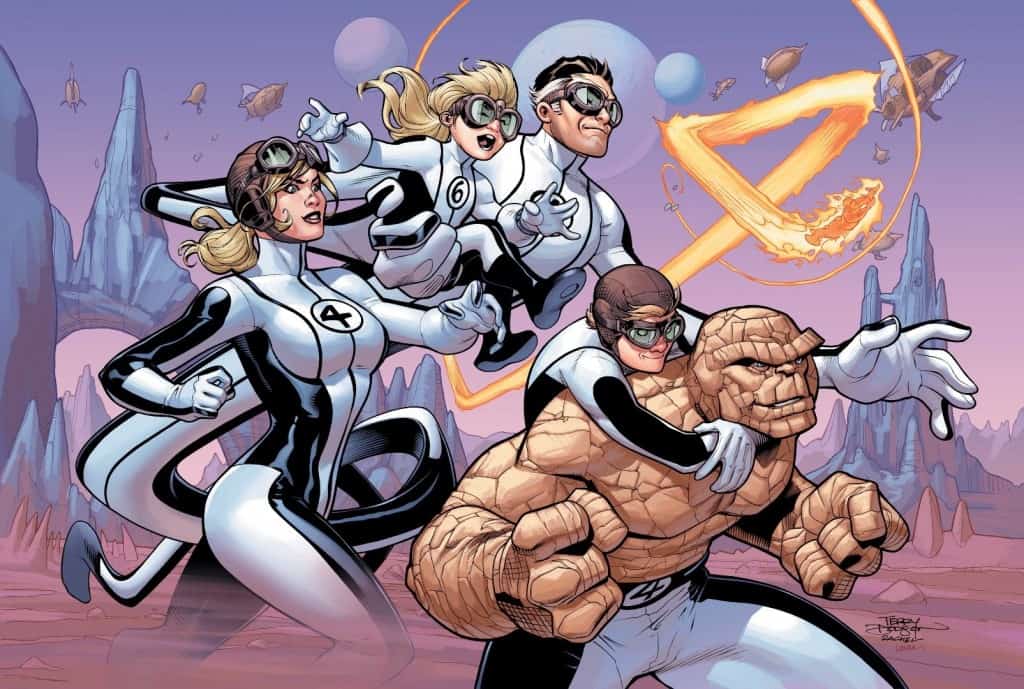 Spider-Man once joined Marvel’s only superhero family, The Fantastic Four. With the death of the Human Torch, they were looking for other members to join their team. Spider-Man eventually filled the hole left by Johnny Storm, and the team name changed to the Fantastic Foundation. Spidey was upgraded with a brand new suit that allowed him to switch between civilian clothes and his costume with just his mind.

He Had His Own Iron Man Suit 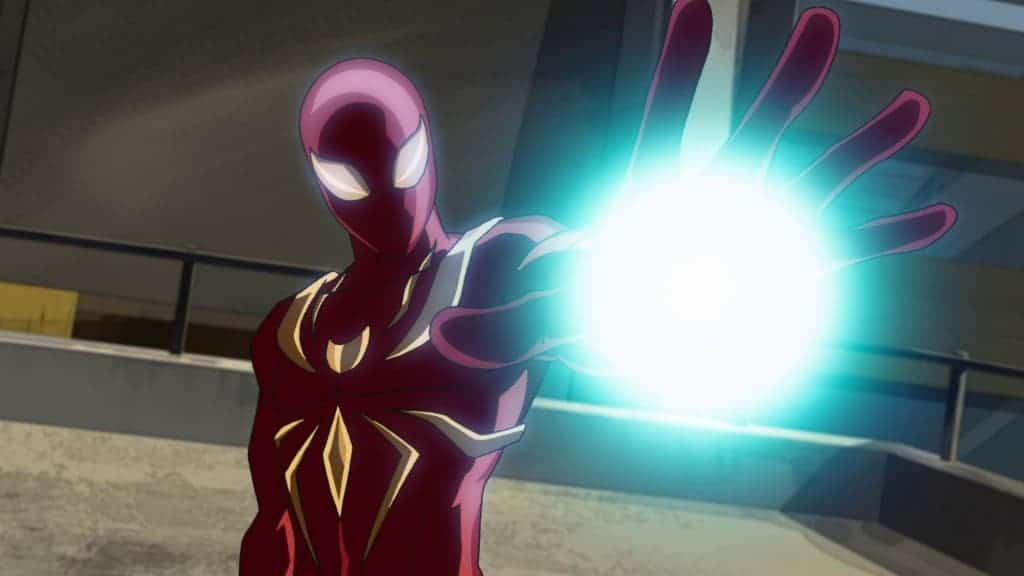 Spider-Man was lucky enough to have the one and only Tony Stark build him a special suit. The Iron Spider, otherwise known as the Stark Spider Uniform, was hand built, and featured three spider legs that would pop out of the uniform when needed. It was faster, stronger, and more stylish than the original red and blue suit. The suit was used during the Civil War period in which Spider-Man had to choose between siding with Iron Man or Captain America. 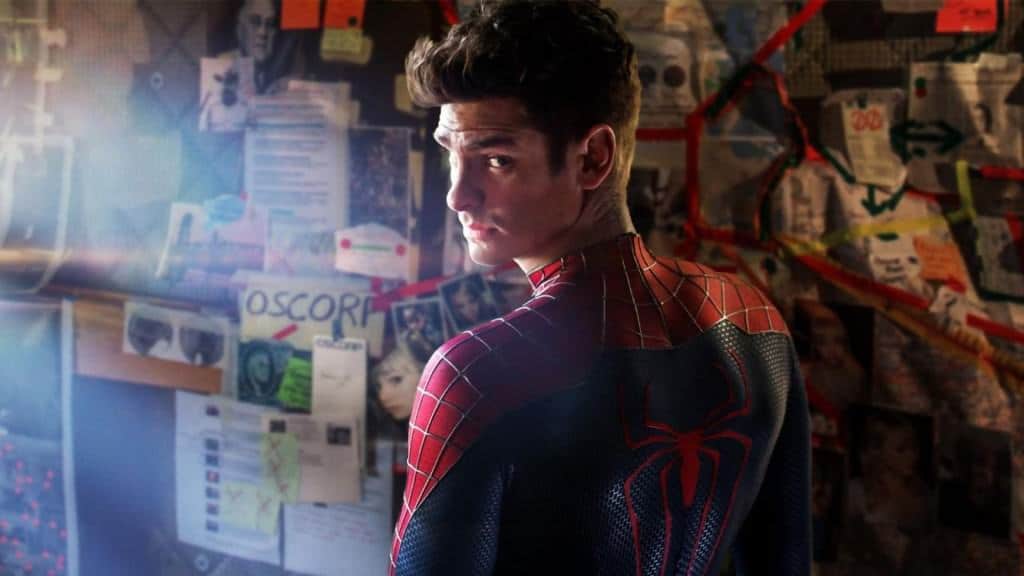 Another Civil War fact involves Spider-Man’s secret identity. During the series, Peter Parker actually revealed himself to the world and removed his mask on live television. This major event served as the centerpiece of the story and made a major impact on the world. Luckily, Doctor Strange was able to tamper with people’s mind so they would forget that Parker had revealed himself. This allowed Spider-Man to continue his life fighting crime, without having to worry about the people he loves being exposed. 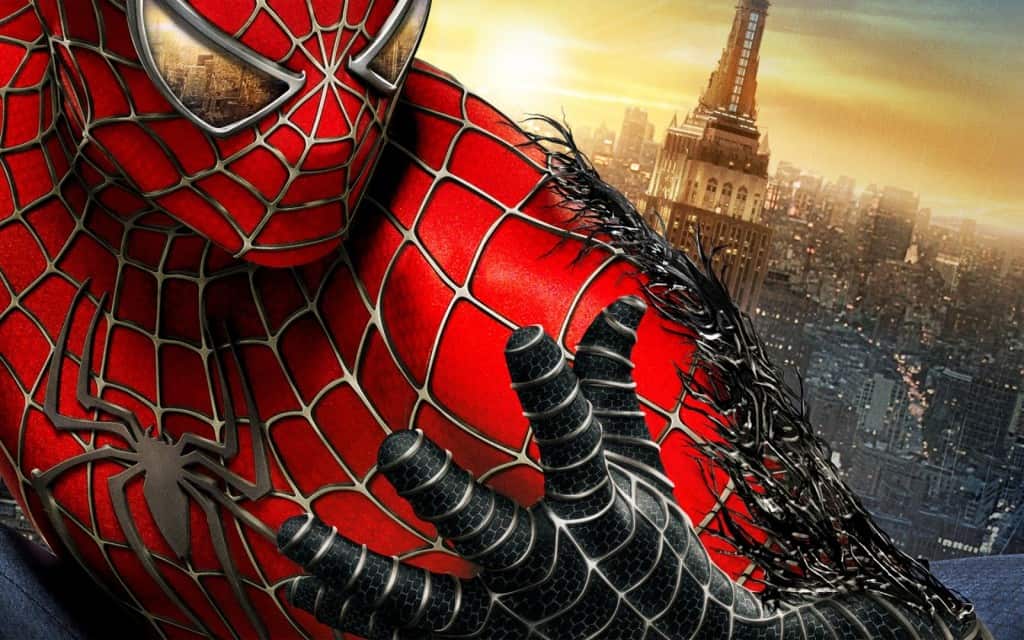 After being framed for the murder of Norman Osborn, Peter Parker was unable to continue wearing the classic Spider-Man costume. So, he came up with four different personas that allowed him to search for clues and find out who framed him: Ricochet, Dusk, Hornet, and Prodigy. The Ricochet and Dusk costumes were used when Parker needed to infiltrate the criminal underground, and Hornet and Prodigy were used when he needed to be the hero.

He Was Almost A Television Star 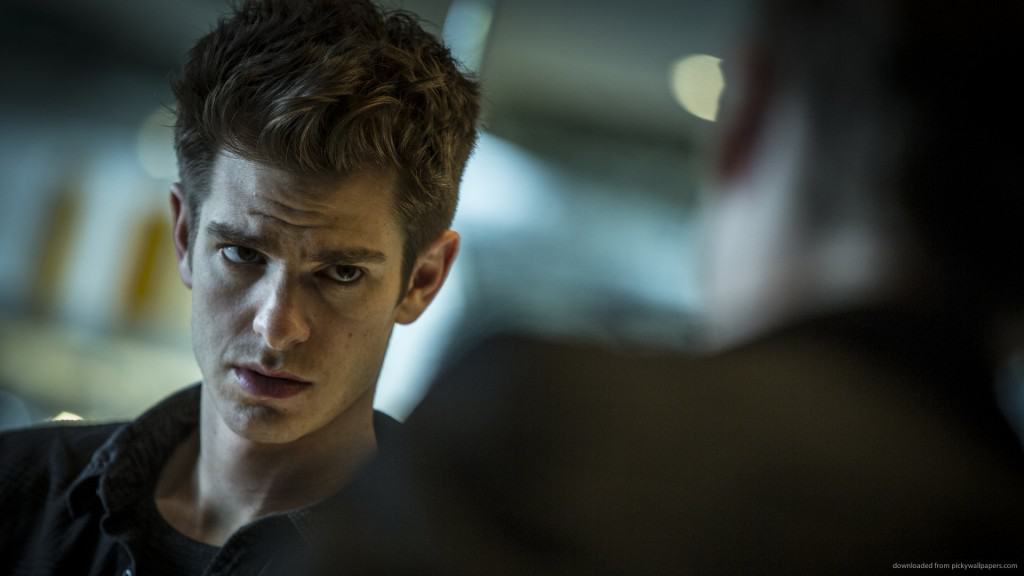 In the original series, Peter Parker almost became a television star. Shortly after getting bit by the radioactive spider that gave him his powers, he entered a wrestling match to test his own strength. He easily defeated his foe and was noticed by a local TV producer who was very interested in his performance. He convinced Parker to appear on live television, but a dramatic turn of events changed his decision. His Uncle Ben was murdered shortly after, which led him to a life of fighting crime instead.

He Used To Produce His Own Webbing 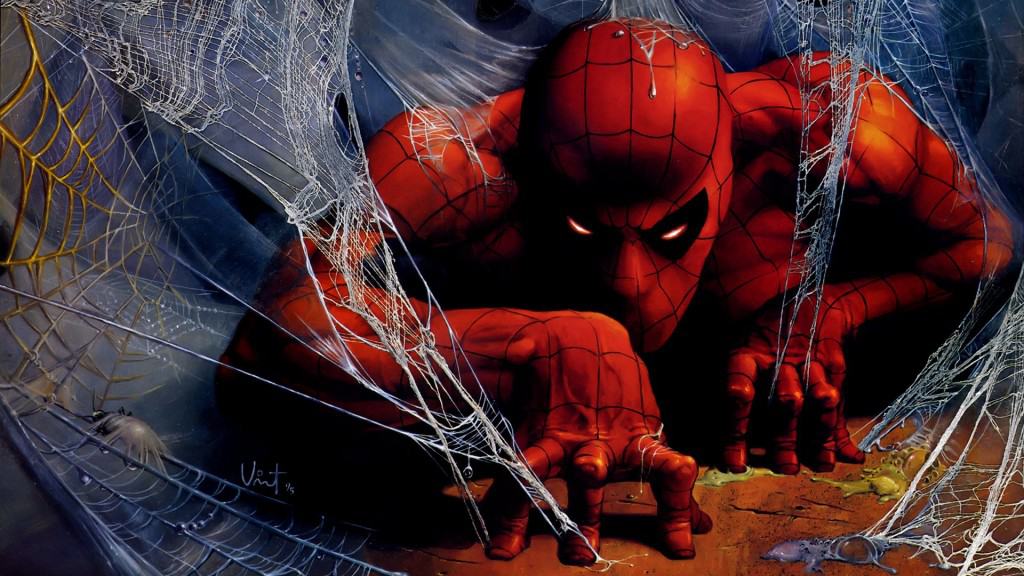 The Sam Raimi Spider-Man Trilogy depicted a Peter Parker that could shoot webs from his wrist. At one point in the comics, Spider-Man was actually able to do this. He developed extra glands in his forearms that produced webbing for him to shoot. He had already created his web shooters at this time, so he decided to give them to Mary Jane so she could use them for protection.

He Works Alongside The X-Men 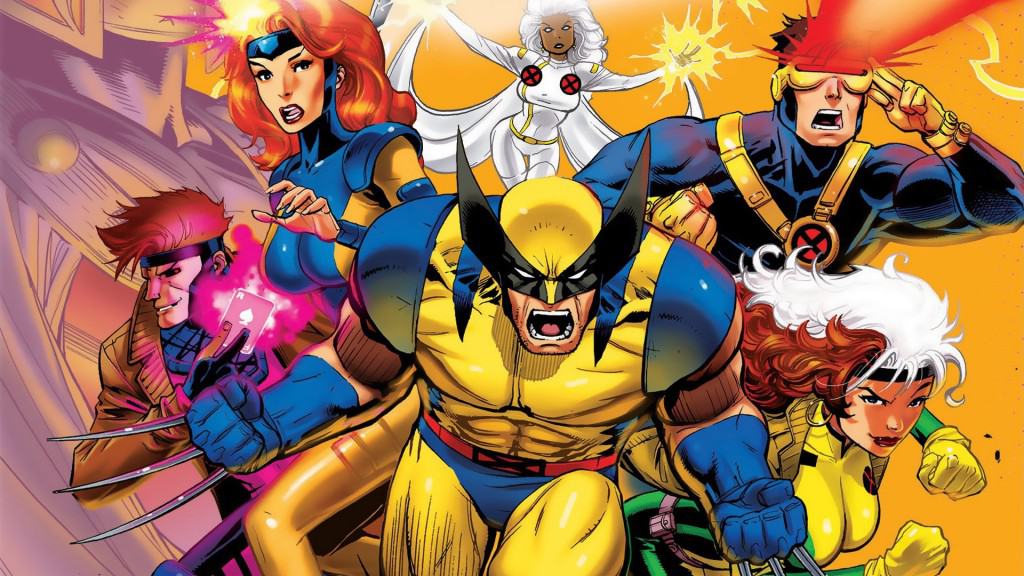 In recent comic books, Spider-Man has been seen infiltrating the ranks of the X-Men. Under the direction of Wolverine, Spider-Man is sent to the Jean Grey Institute of Higher Learning to unravel a villainous plot taking place. Peter Parker is not met with a warm welcome but eventually discovers that villains Sauron and Stegron are behind the trouble.

His Parents Were Spies

Spider-Man’s past has never really been a secret. His parents, on the other hand, are a different story. Parker’s parents left him with his aunt and uncle when he was just a child, but Peter never fully understood why. Peter’s aunt and uncle never explained what happened to them either. It was revealed that both of his parents were spies in the late 60’s and they gave up their son for his protection. They were working for S.H.I.E.L.D. with the task of tracking down the villainous Red Skull. Unfortunately, Red Skull discovered their whereabouts and sabotaged their plane. 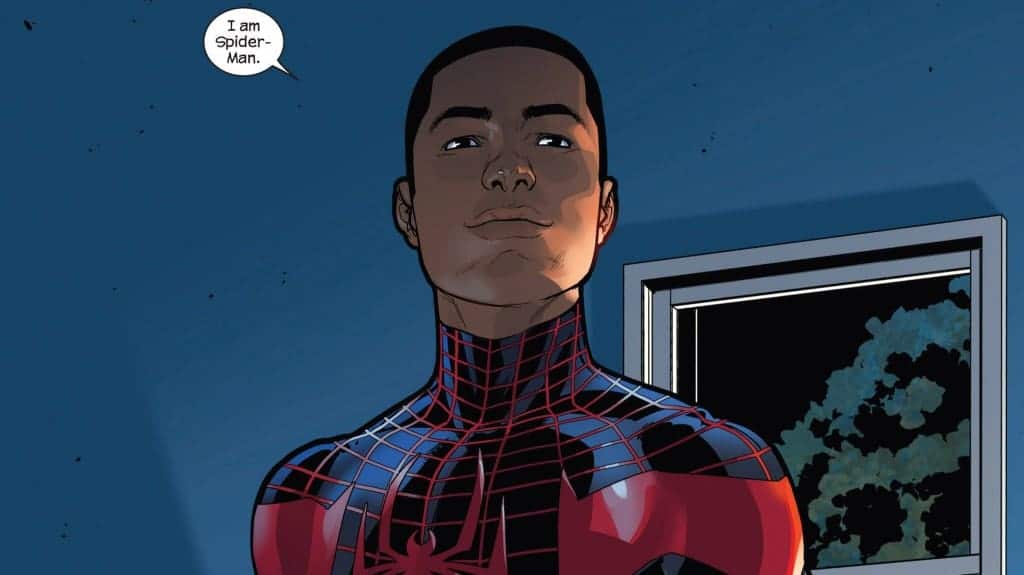 Prior to Peter Parker’s death, a young boy named Miles Morales is bit by a radioactive spider and receives the same powers as Spider-Man. Morales was a criminal at the time so he decided to change his stripes and fight crime instead. After training with Spider-Woman and Scorpion, Morales takes up the mantle as the next Spider-Man. Miles Morales version of the web-slinger has gone on to be very popular, and most fans consider him superior over Peter Parker.