10 Photos That Will Ruin Your Favorite Childhood Show

At one time or another, when we were kids we had shows that we absolutely loved. We thought that everything about these shows were the best things in the world and there was nothing that could change the way we felt about them. The fact of the matter is that there is definitely a way we could have changed how we felt about a series, and you’re going to be seeing some pictures in this list that will definitely change the way you look at your favorite series for the worse. It appears the writers of these shows were actually including a ton of funny jokes in the series. It appears the jokes are actually on the viewers. Check out our list of 10 photos that will totally ruin your favorite childhood shows and let us know if you’re able to look at these shows the same way.

What Was SpongeBob Blowing Into? 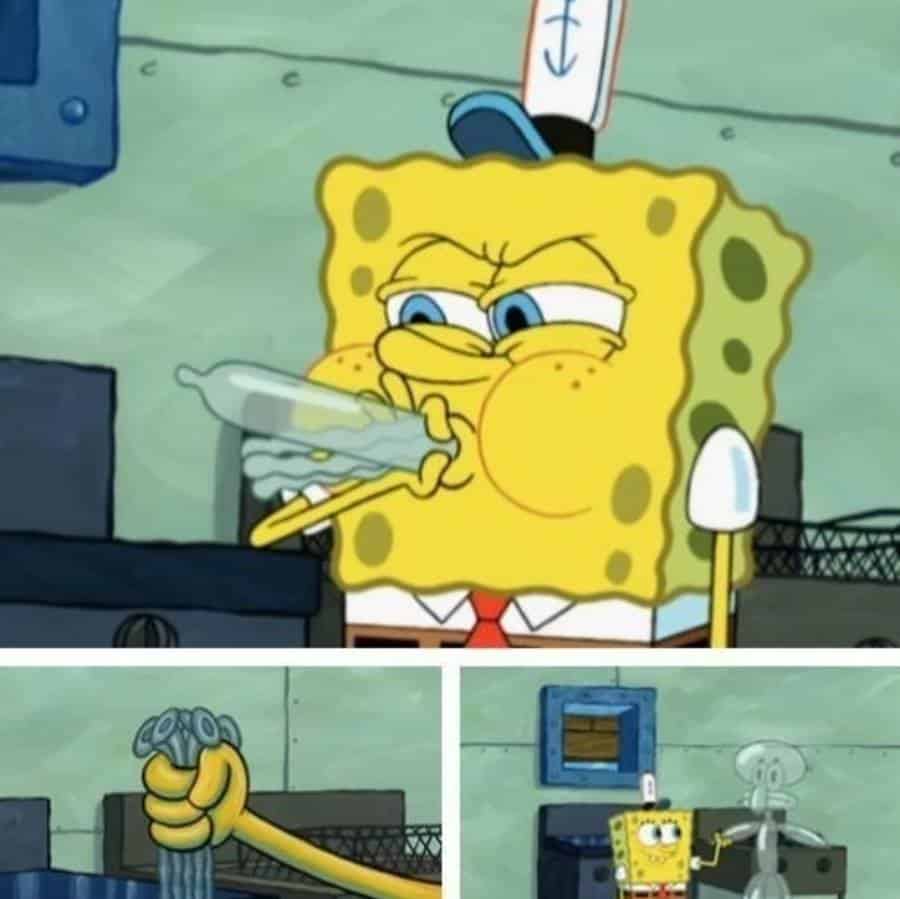 SpongeBob was making a balloon friend, but those balloons have a very distinct shape to them. They almost look like something else he shouldn’t be blowing into. 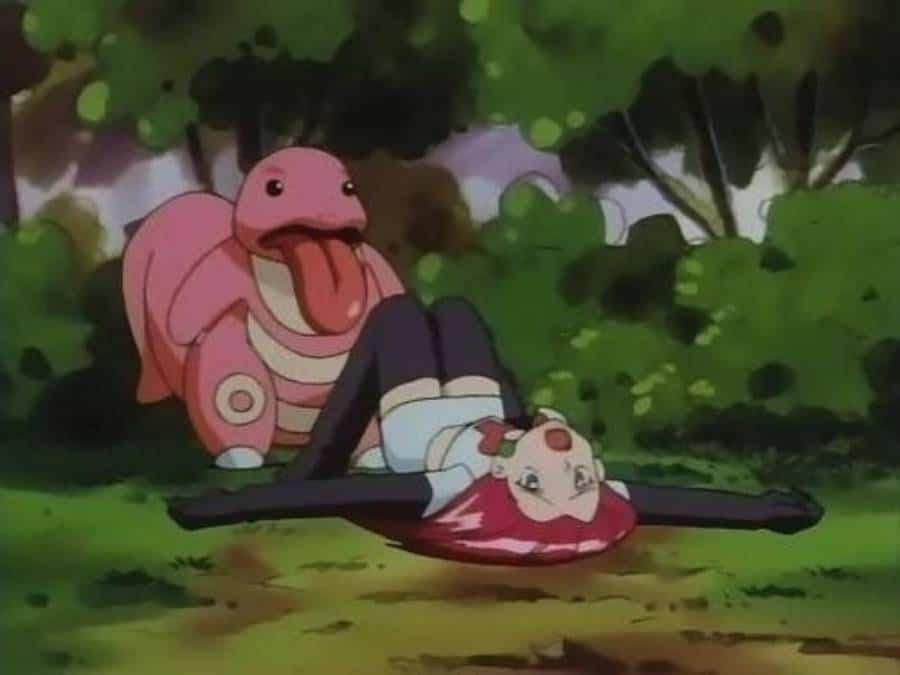 It’s pretty amazing the animators of Pokemon allowed this frame to be shot. Likitung and Jesse appear to be extra close. Maybe that’s why some of these creatures were being caught.

When Timmy From OddParents Went Upstairs With A Bunch Of Tissues 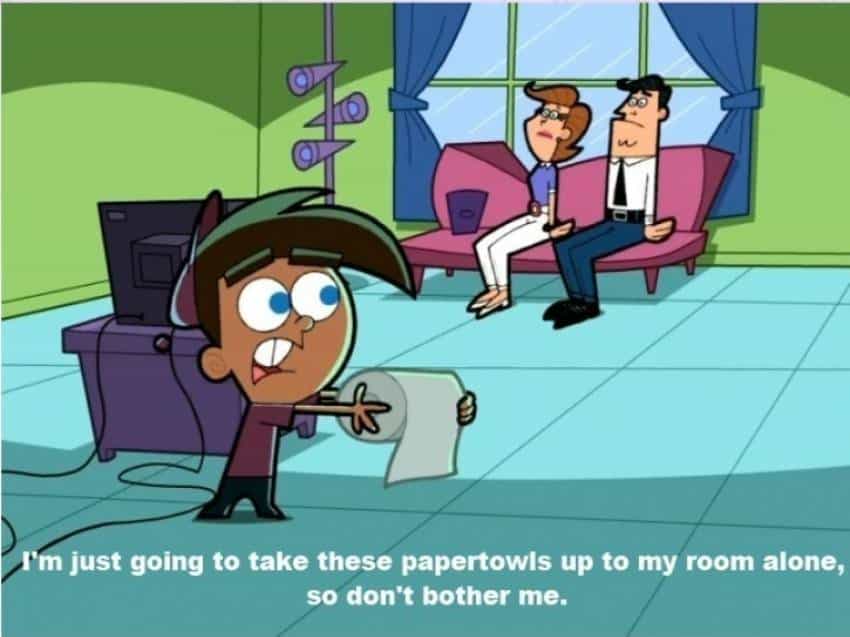 Anyone with teen and preteen kids know there’s a situation that needs deeper thoughts when your son goes upstairs with a bunch of tissues.

Why Isn’t The Puddle Yellow? 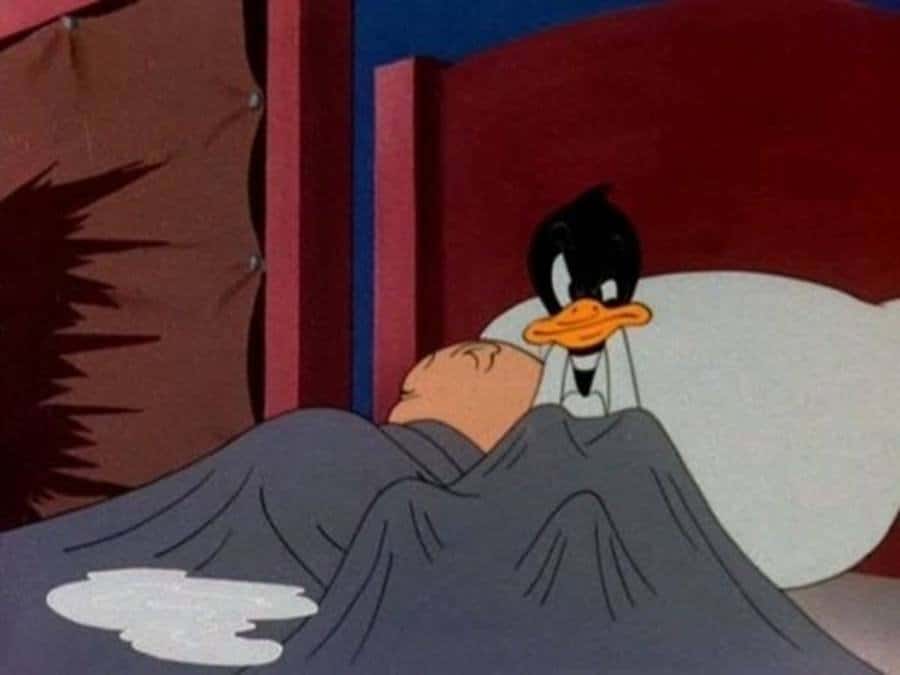 The puddle in this bed is supposed to be urine, so why isn’t it yellow? Why is the puddle white? 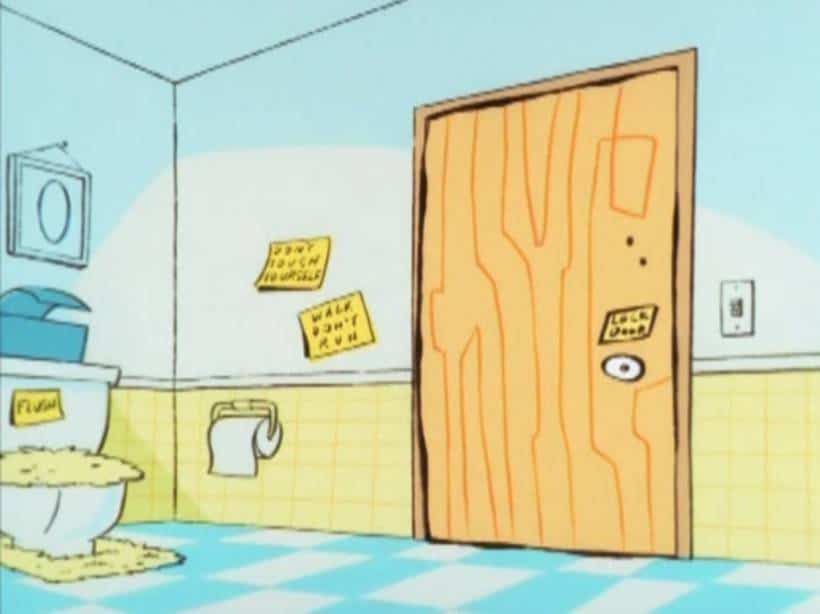 If you look very close at the note on the bathroom wall in this scene in Ed, Edd N’ Eddy, you’ll notice the characters have been instructed not to touch themselves. This isn’t even that subtle a joke. 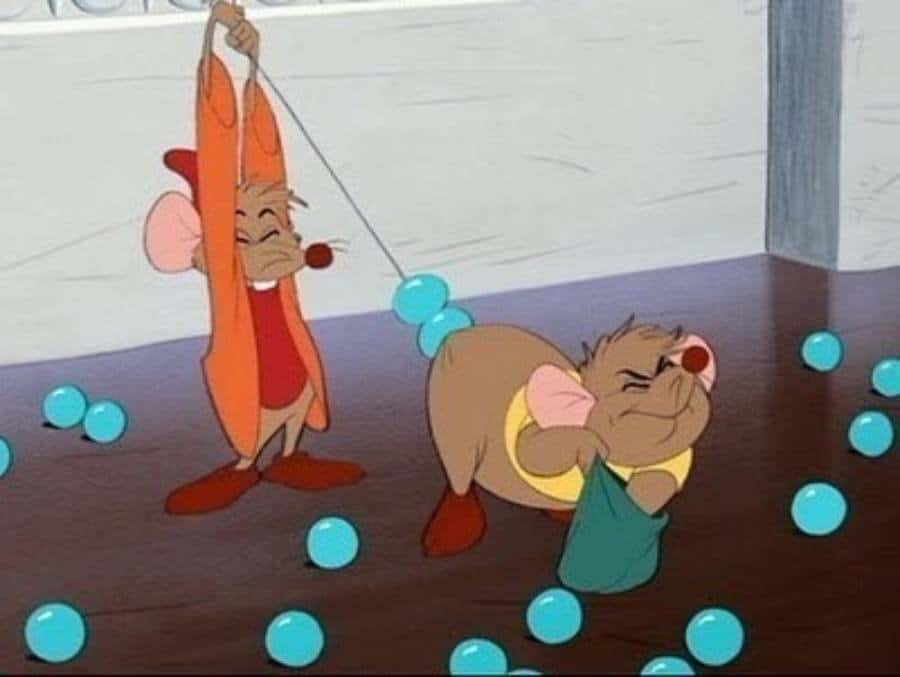 The mice in Cinderella were just trying to help by collecting beads. But that picture makes us ask just what kind of beads they were collecting and using. 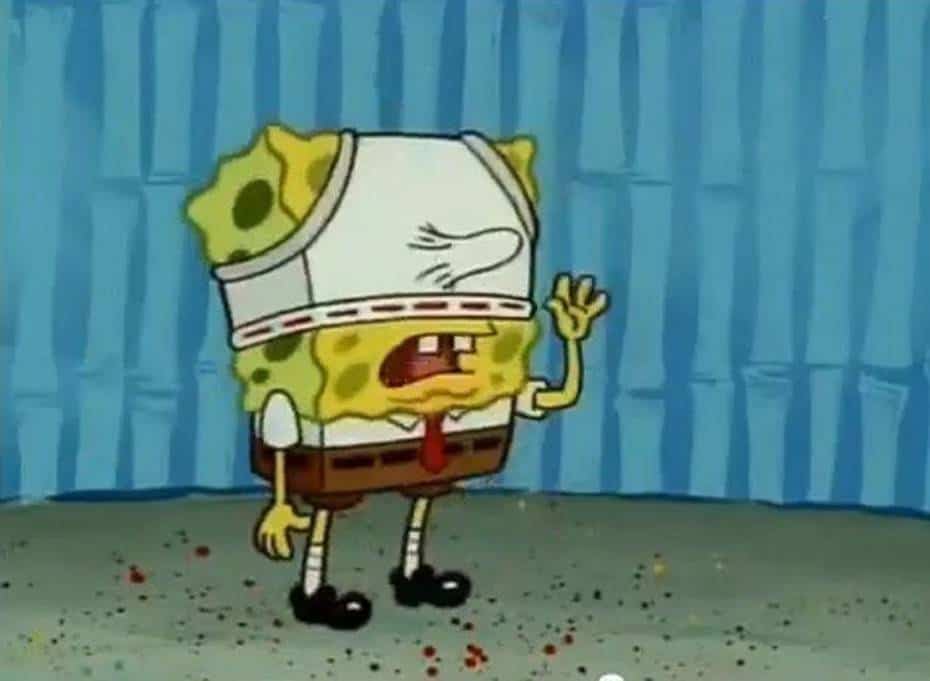 SpongeBob’s nose isn’t normally that shape, yet somehow that’s the shape it takes on when he’s wearing undies on his head. Yes, his nose is also in about the same place as you’d expect should the undies be on the lower half of his body. Was he also very excited? 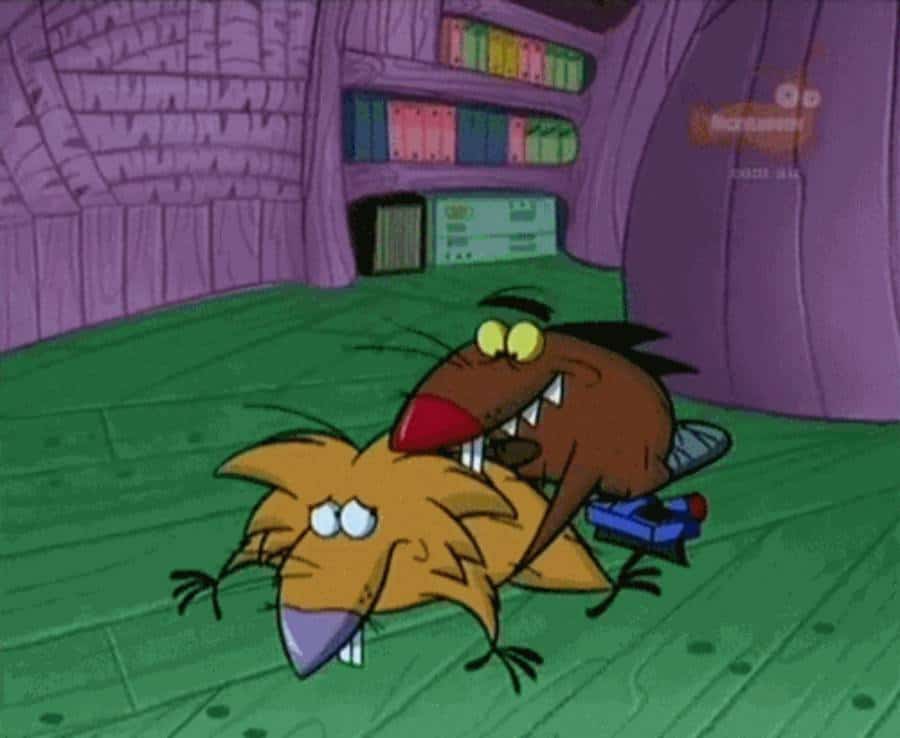 This scene was just a scene where the beavers were wrestling. That alone sounds dirty. Then you look at the faces of these two and the positioning, and we start to wonder. 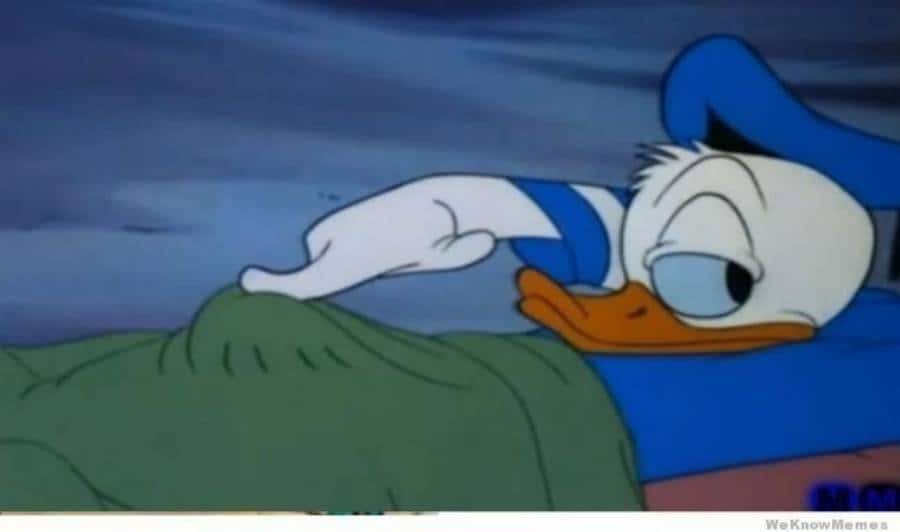 There are some pictures that words cannot help. So this time we just have to ask, what in the world is going on here? 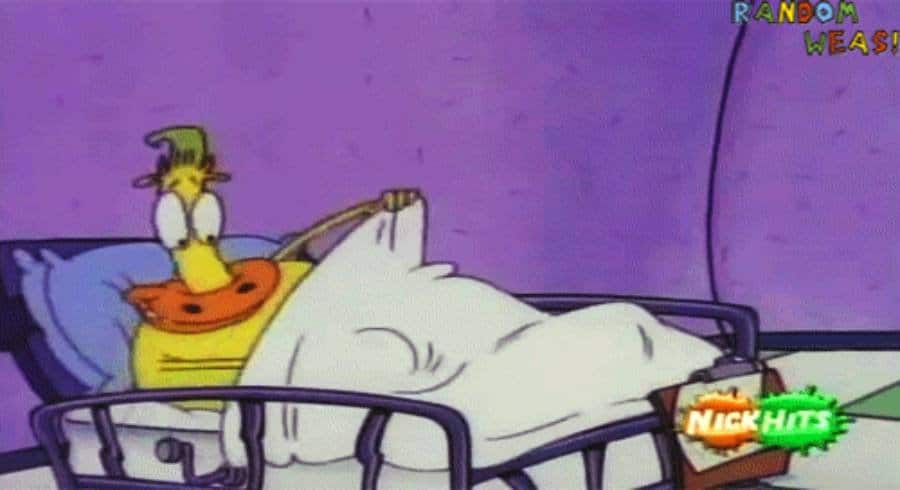 Heffer had an itch on Rocko’s Modern Life so he reached under the covers to deal with it. Just what kind of an itch did Heffer have? It’s become unclear.