10 Of The Weirdest Statues Ever Made

Humans have a strange desire of enshrining people, animals and other seemingly worthy things in statue for centuries. As expected, not all statues are full of meaning. Some are just bizarre and evoke one single question – Why would anyone go through so much trouble in order to make this? Whatever you’re looking for, there’s a mighty good chance there’s a statues somewhere in the world of the exact thing. Even if what you’re looking for is a fountain-statue of a beast devouring children. Check our list of the 10 weirdest statues ever made and we’ll prove it!

“The Travellers Have Arrived” 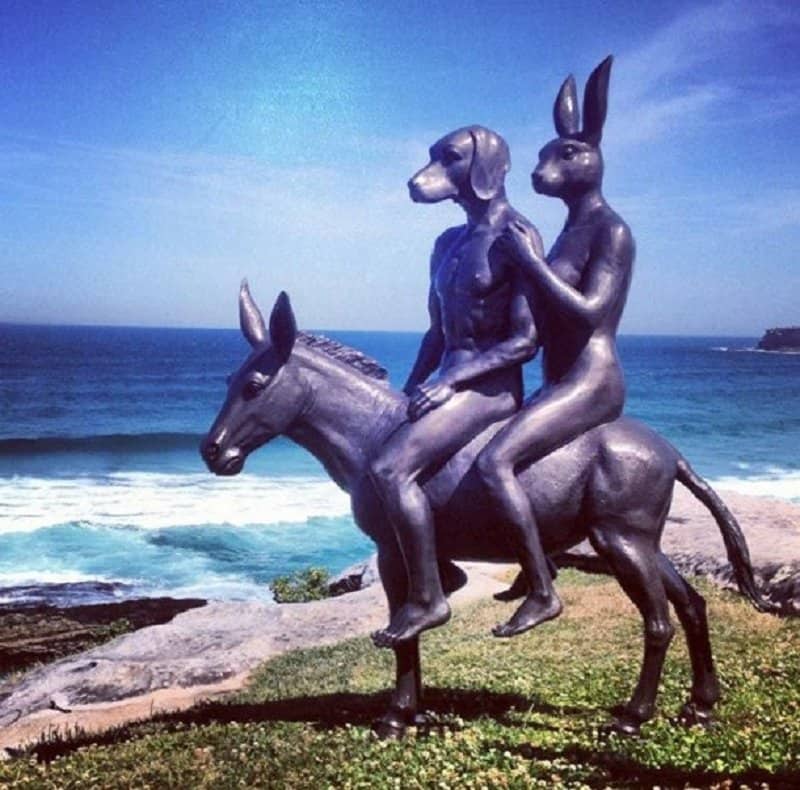 “The Travellers Have Arrived” is a statue made by by Gilie and Marc and is situated in Sydney, Australia. It features half man, half dog and half rabbit, half woman riding a donkey. 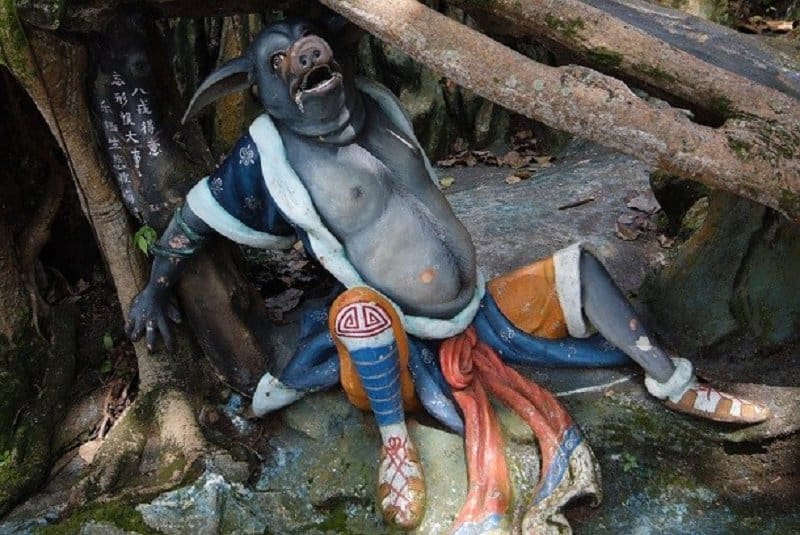 You can find this confusing and highly unsettling statue in Haw Par Villa in Singapore. 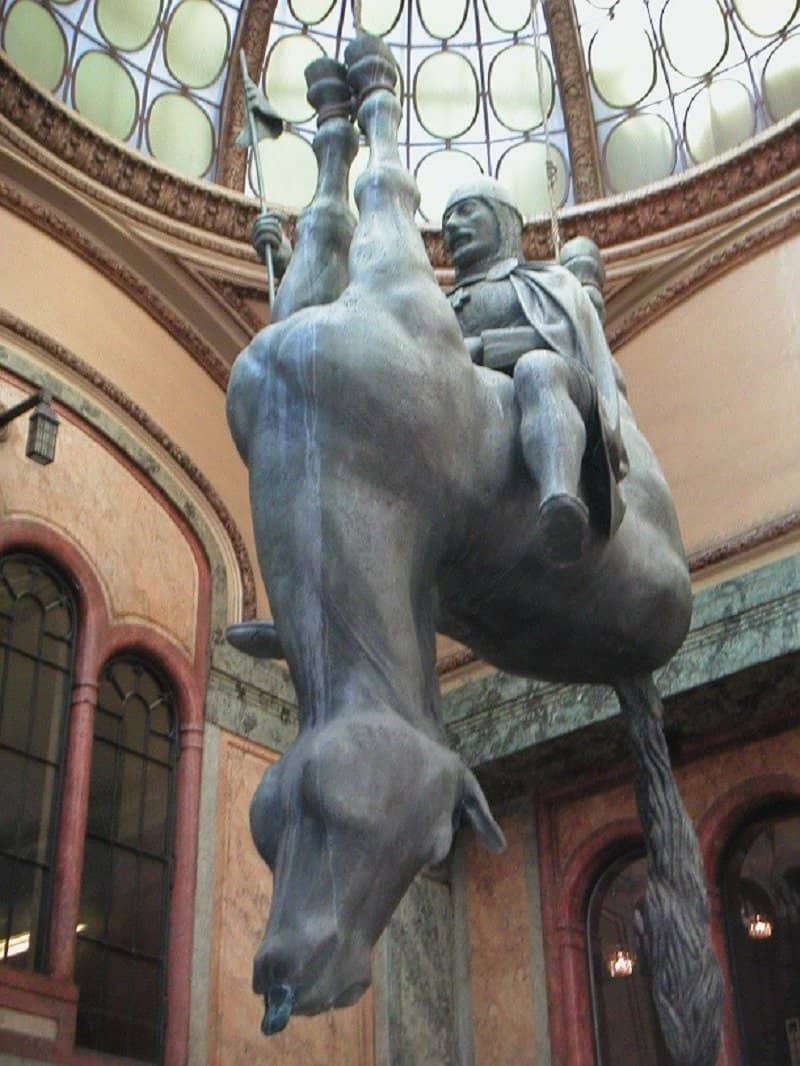 How else would an artist feature a saint if not riding a dead horse upside down? This bizzare statue can be found in a Prague shopping mall. 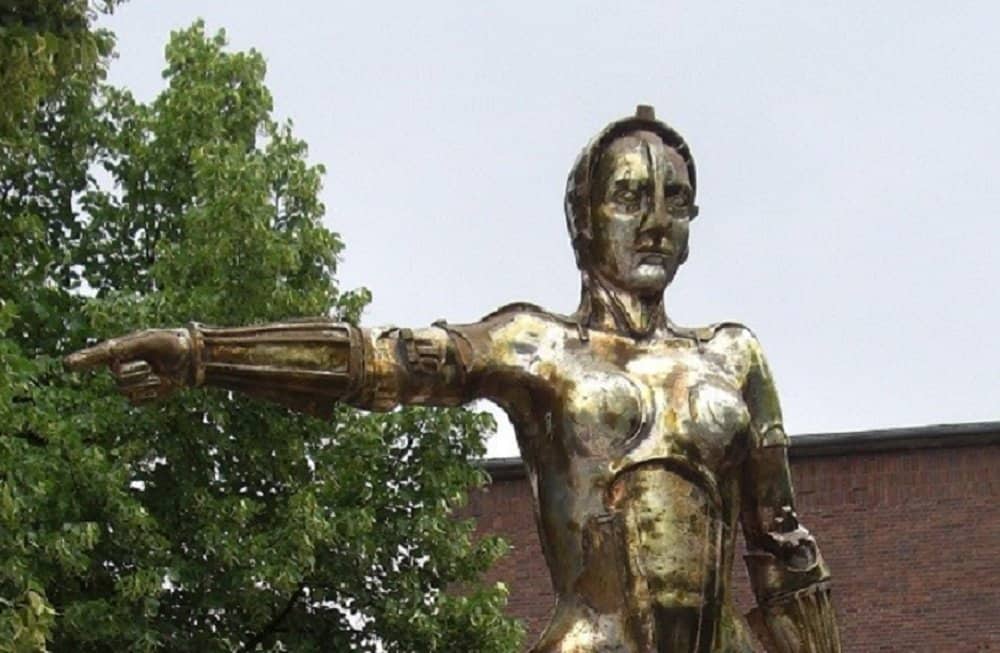 Berlin is known to be one of the most eccentric cities in the world, so it’s not that surprising to find out that it features a random robot sculpture on one of its streets. The robot by the name of Maria from the 1927 film “Metropolis” overlooks the neighborhood of Babelsberg. It kinda looks like C-3PO to us. 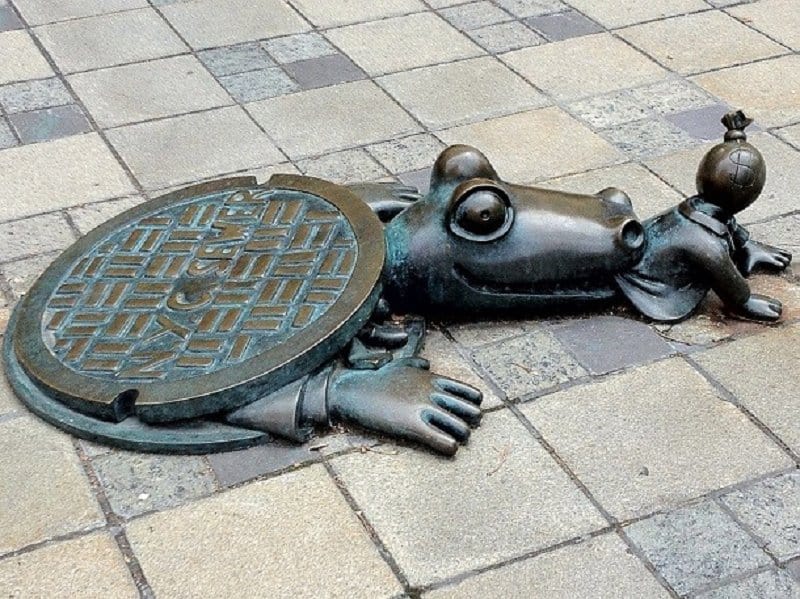 A hungry alligator statue in Brooklyn’s only purpose is to eat all the babies he can get to. 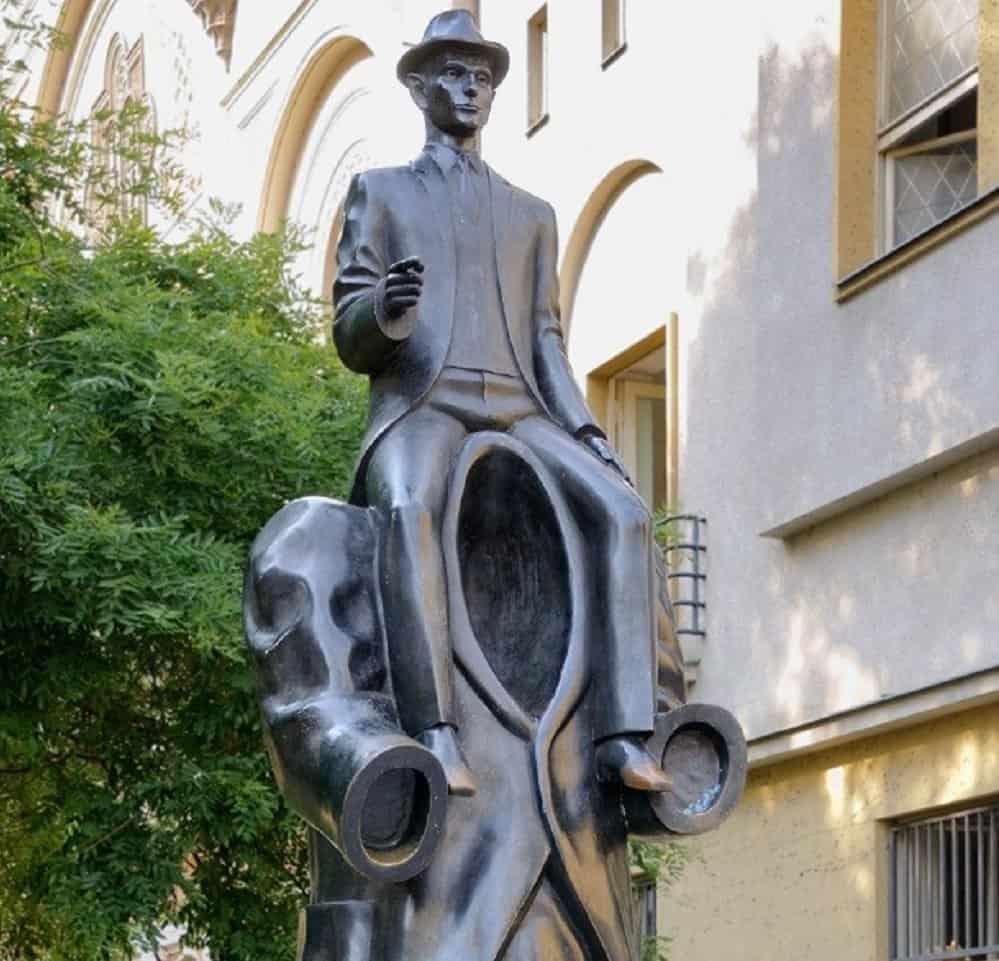 What is stranger than a man sitting on another man that has no head and arms? 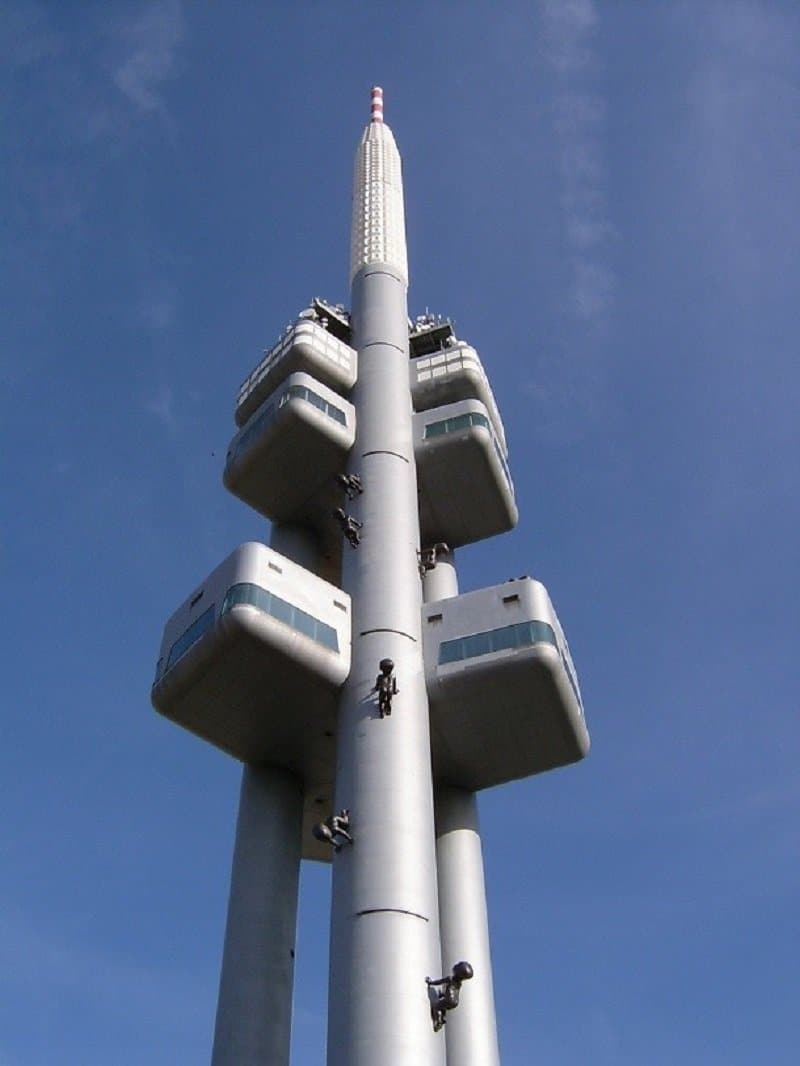 Another extremely weird statue in Prague is the one of the Žižkov Television Tower where what seems like giant babies are shown crawling up the main tower. 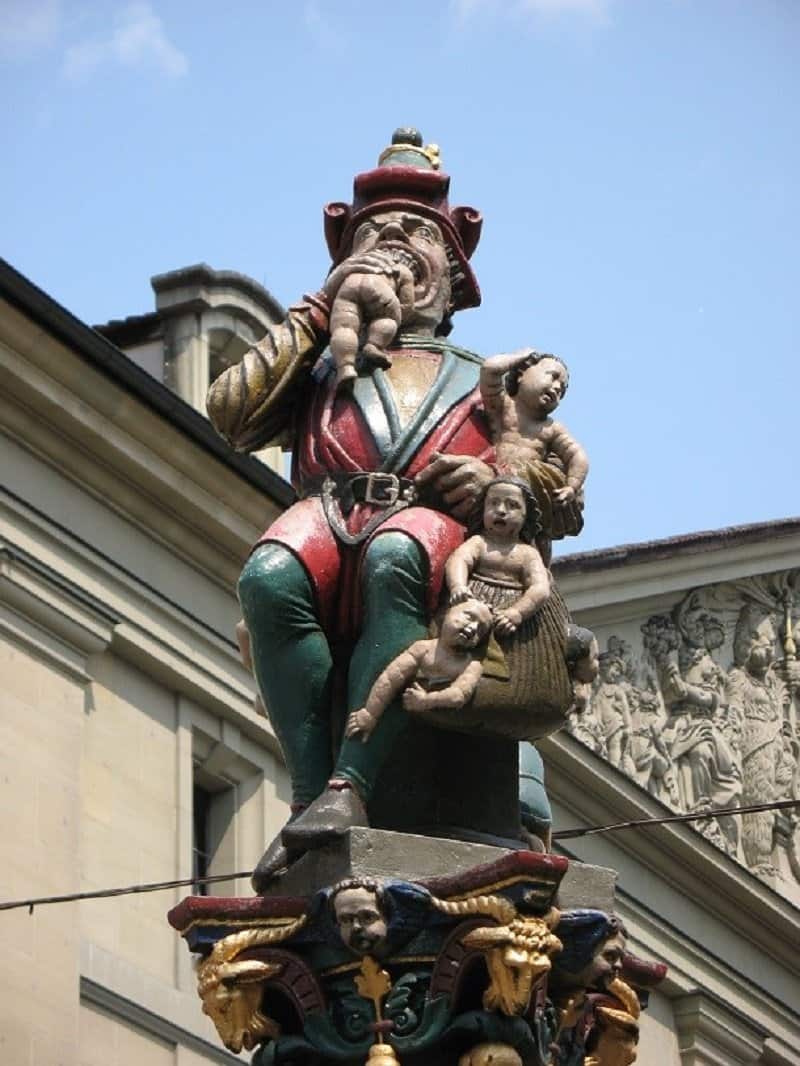 The Fountain in Bern, Switzerland shows a man eating a child while carrying some more in his bag. 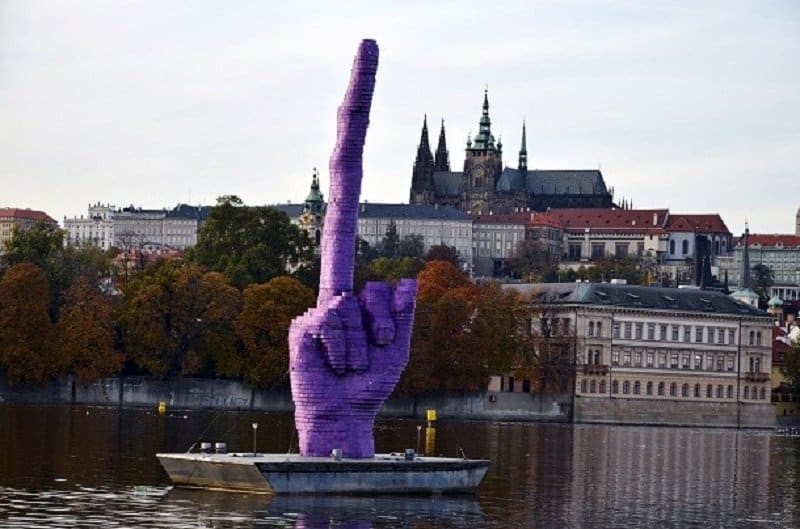 Cow Stuck In The Tree 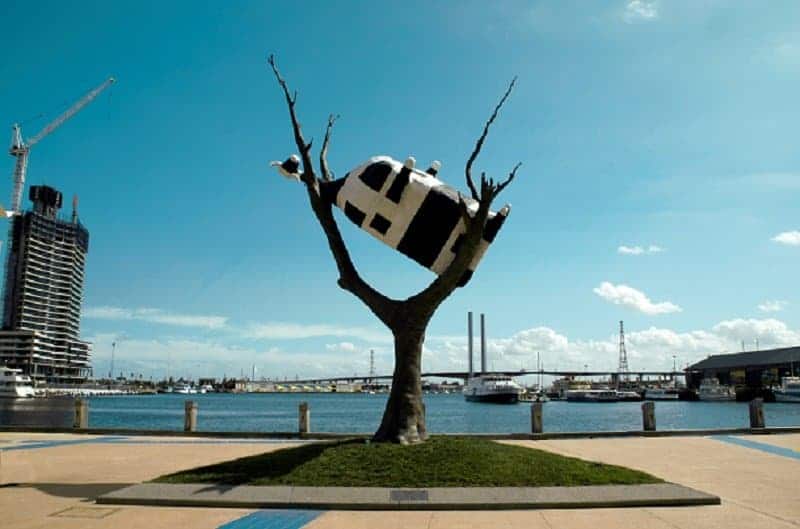 Australia wins at life once again by blessing everyone with this statue of a cow stuck in a tree.