10 Of The Strangest Animals That Actually Exist

The animal kingdom contains some of the most amazing, exotic creatures anyone has ever come across, but it is also home to some of the most freaky, the most bizarre, and the most interesting looking creatures in existence, too. Everything from a fish that appears to kiss everything to an edible rock creature and beyond. If you are a fan of the animal kingdom, then learning about the ten following beasts is definitely in your best interest. These animals are more than just freaky looking, they are also a little terrifying, too. 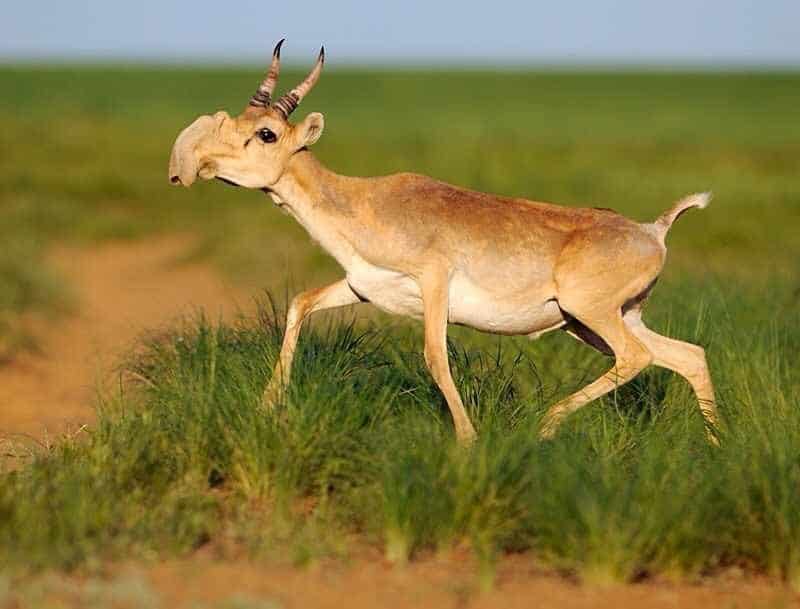 The Saiga Antelope has its home in the Eurasian steppes, and is known for the over-sized nose, known as a proboscis. This incredibly odd sniffer serves two purposes: heats freezing air during the winter, and filters dust and cools the air in the summer. 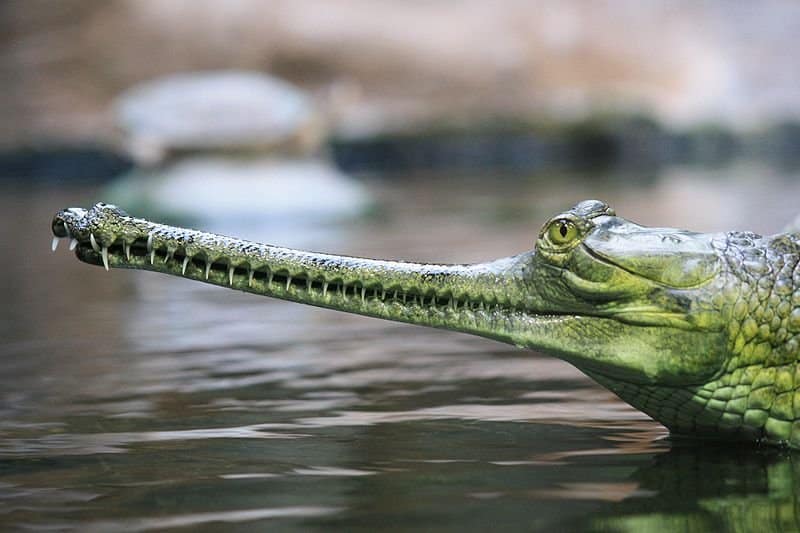 The Gharial makes its home in the rivers of the Indian subcontinent, but there are only around 235 left in the wild thanks to humans. The Gharial is recognized by the long, narrow snout with a total of 110 sharpened teeth that helps it catch fish. 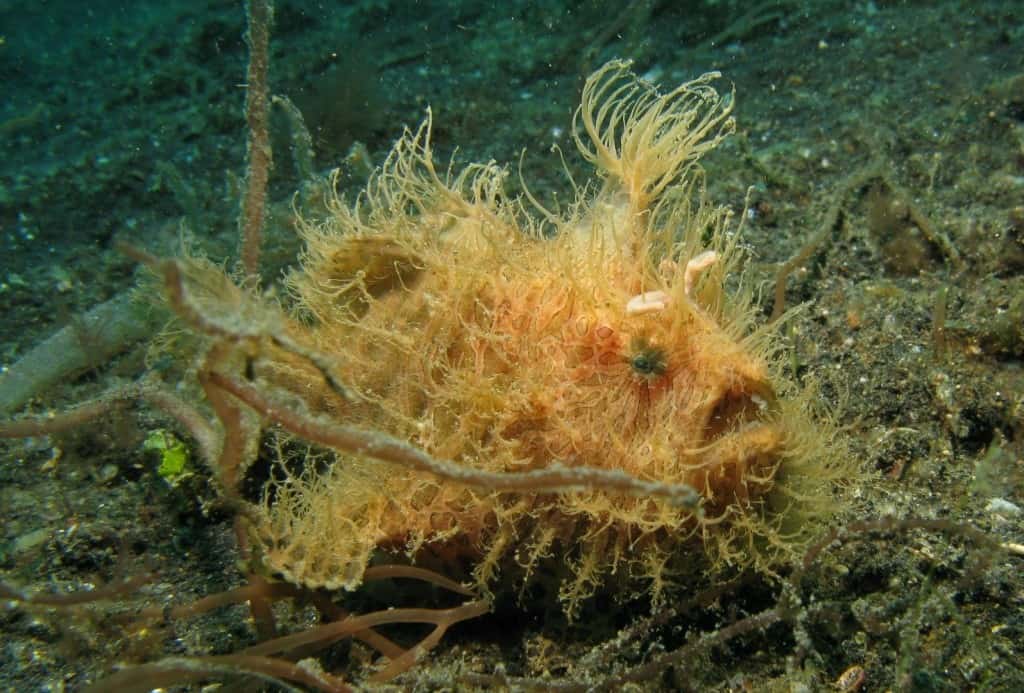 The Hairy Frogfish appears to have hair along its body, but these are actually spinules, or small thorns. Much like an angler fish, the frogfish has an illicium on its head to attract prey to come closer. 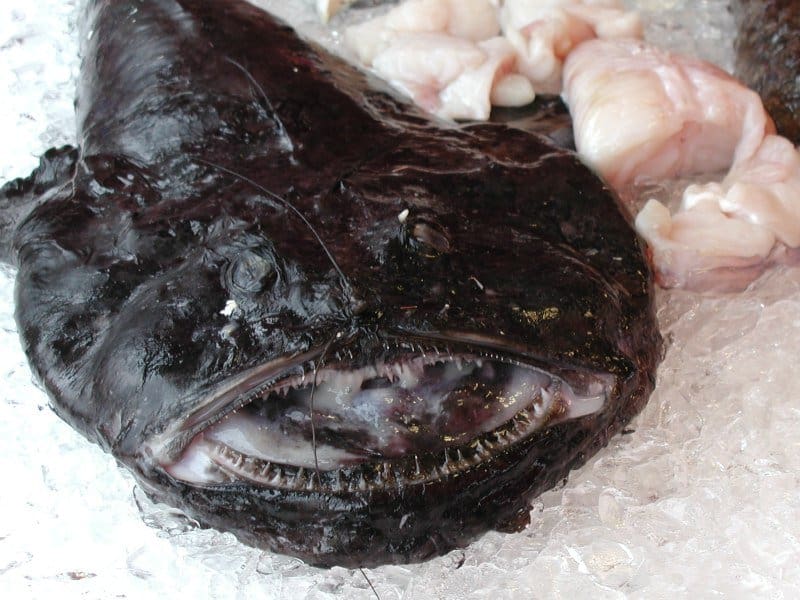 The Monkfish is one of the more terrifying of creatures, as its mouth extends almost the entire length of its head. Within said mouth, its sharpened teeth can help swallow its prey whole. It is commonly fished and eaten throughout Asia, though. 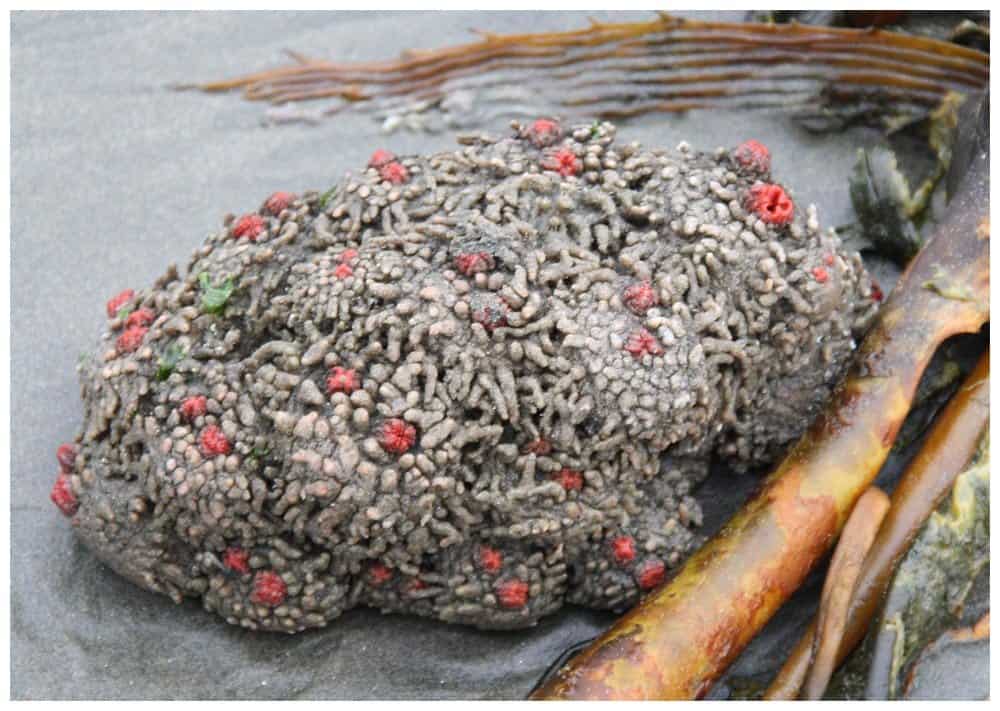 The Pyura Chilensis become quite a common food item within Chile. Known as nothing more than a filter feeder, these little creatures appear similar to rocks, and may be mistaken for them, too. The meat within, however, has a “slightly bitter, soapy taste” that people somehow enjoy. 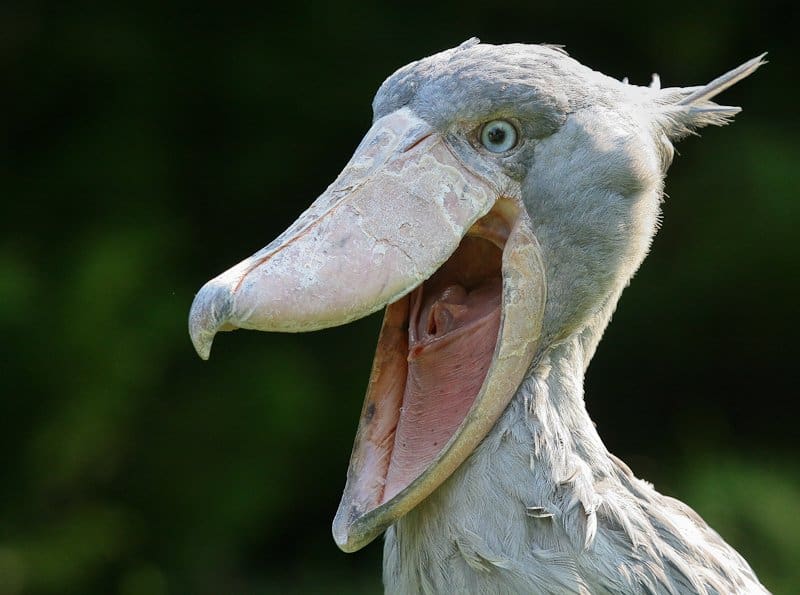 The Shoebill looks like a large stork, and is known to inhabit swampy areas around Eastern Africa. The most noticeable feature on this animal is its large bill, which appears similar to a Northern European clog. The bill, however, has sharpened edges, which help cut its prey in half. 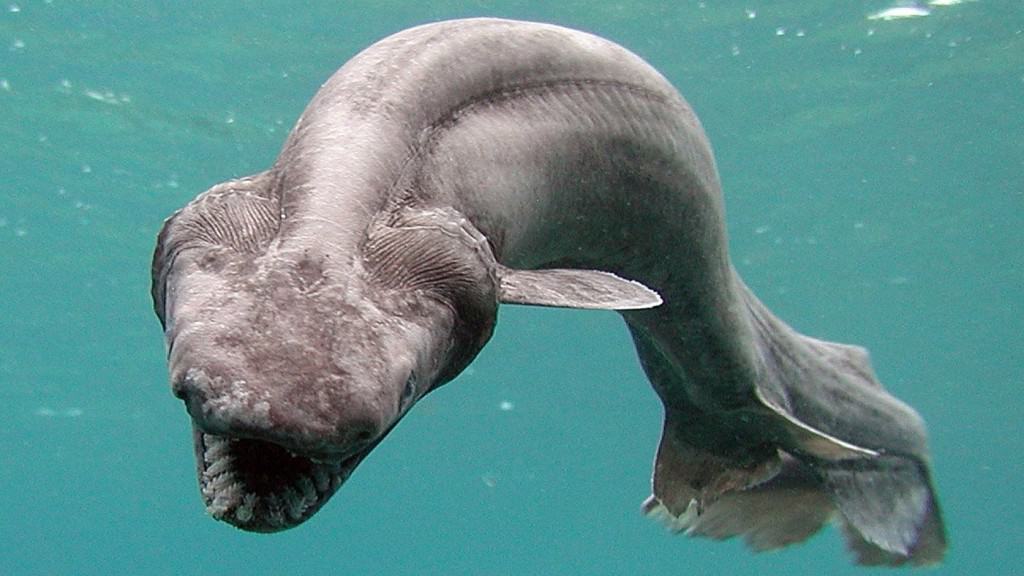 One of the many terrors of the deep, the frilled shark is quite primitive, and biologists call it a living fossil. It looks something like an enormous sea serpent, but is rarely seen by humans. The teeth within its mouth are many, as there are 300 in total. 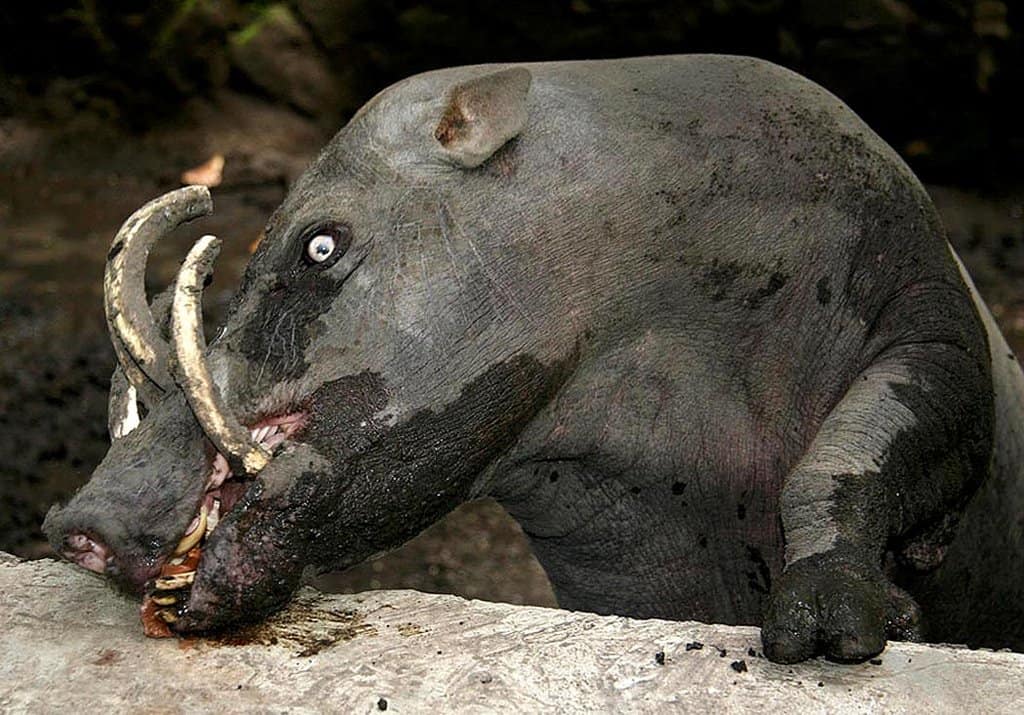 The Babirusa, or “pig deer,” is a type of pig found around the islands of Sula, Buru, Sulawesi, and Togian. The upper canines, which protrude from its mouth and reach over its head, are the most common way to determine the species. If they do not grind their tusks down, though, they can pierce their own skill. 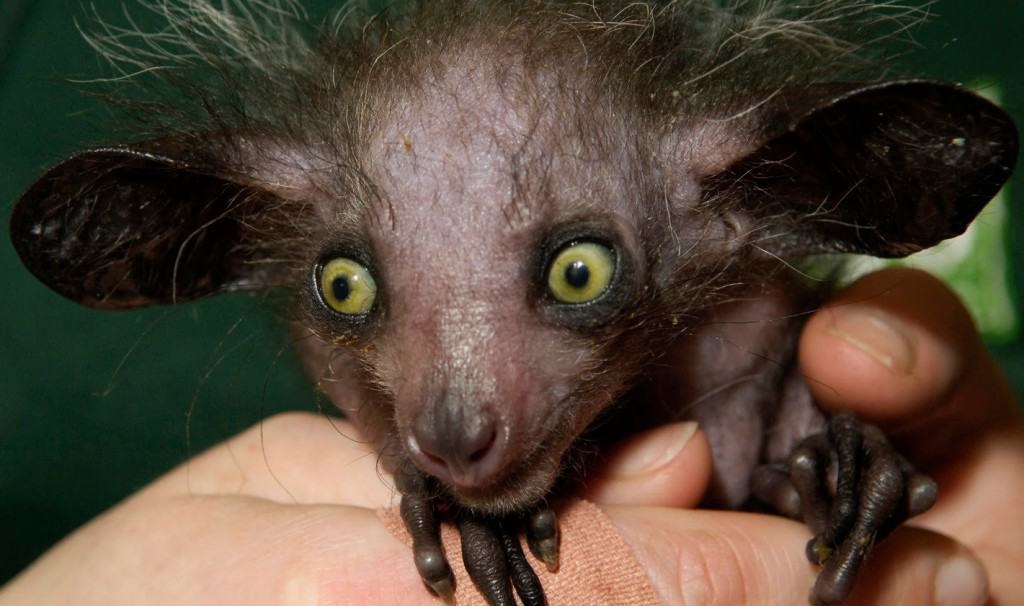 Some may consider the Aye-Aye to be cute, but most just find it slightly terrifying. The Aye-Aye is the world’s smallest nocturnal primate, and it appears like something out of an alien spaceship. It is highly endangered. 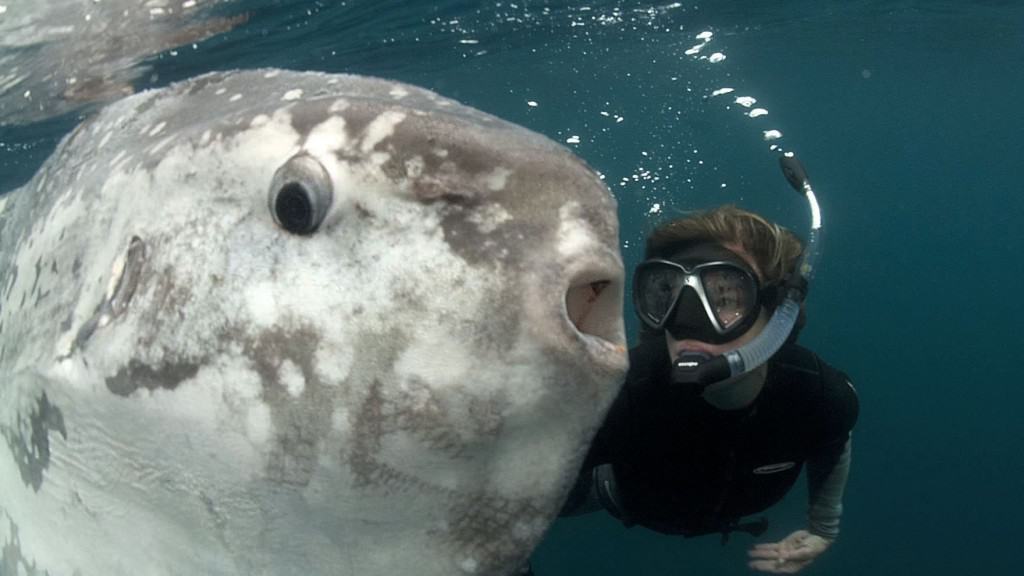 The Ocean Sunfish is the heaviest boned fish in the entire world, as it can weigh up to 2,200 pounds. Female Sunfish produce more eggs than anything else, with up to 300,000,000 eggs at one time. The fish is a delicacy in some Asian countries.