10 Of The Most Unusual Japanese Subcultures

Japan is known for crazy, just as Hawaii is known for surfing and Middle East is known for oil. From their TV shows, movies, and music, to their superstitions, subcultures and youth — the Japanese certainly like to take ‘unusual’ to a whole new level. Many of them started in the side streets of the famous districts like Harajuku and Shibuya, which then exploded to become a national and even international subculture. These subcultures are seen as popular and innovative to some, and confusion and hilarity to others — whatever rocks your boat.

This list features 10 of the most bizarre subcultures existing in Japan, which are crazy even for Japan! While they look like fictional and cartoon characters — these are real people you will really get to meet on the streets on a daily basis when you travel to the land of the rising sun. From frilly Lolitas to badass Sukeban, Japan has it all — enjoy! 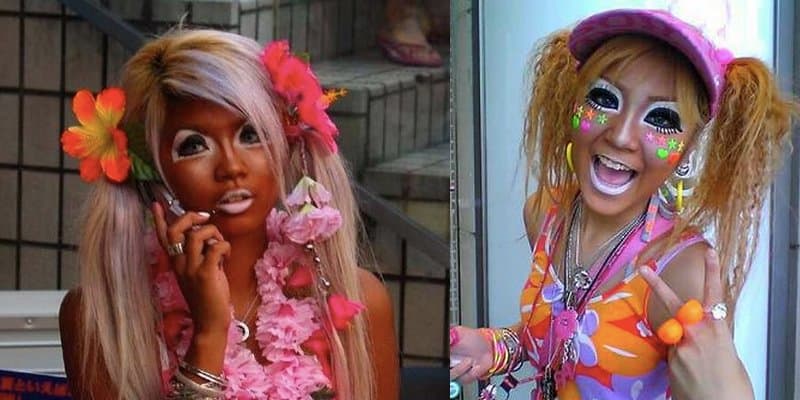 ‘Gyaru’ literally means ‘gal’, and they are probably the Japanese equivalent of Snooki and the Jersey shore girls. These girls dye their hair blonde, get fake orange tans, and slather on makeup darker than their true skin color. The subculture was born in the well-known Harajuku district in Tokyo, Japan. 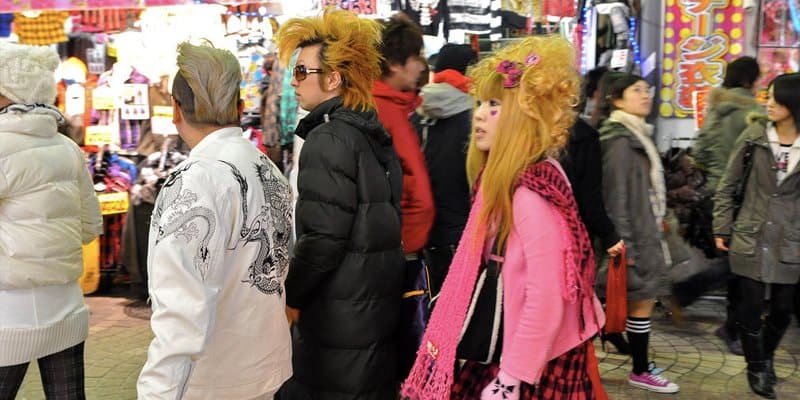 Yankii is probably the closest thing to white trash in Japan. ‘Yankii’ was a corruption of the American term ‘yankee’, and these are people who die their hair blond or orange, wear trashy clothes and rebel against taking part in Japanese etiquette and culture.

Basically, these people may look cool in manga and movies, but in reality, the yankiis are just people with bad fashion taste and bad manners. 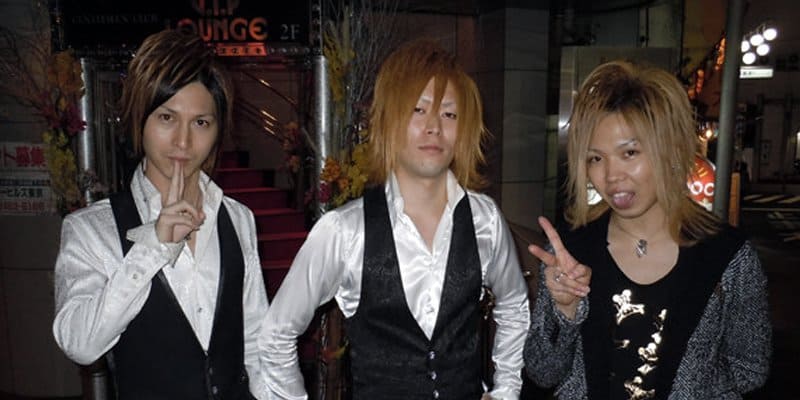 Gyaruo style is the preferred fashion style of young men who want to look cool through their expensive clothes, heavy cologne and Rod Stewart-like hairstyles. Gyaruo style is often preferred by male hosts — men who work in host clubs and go drinking with women. Like the gyaru, these male hosts keep their skin unnaturally tan and sport dyed blond hair.

Not all men who dress like gyaruo are actual male hosts, but those who are make large amounts of money in these specialized male hosting clubs. They do nothing but sit with women, drink and flirt with them. 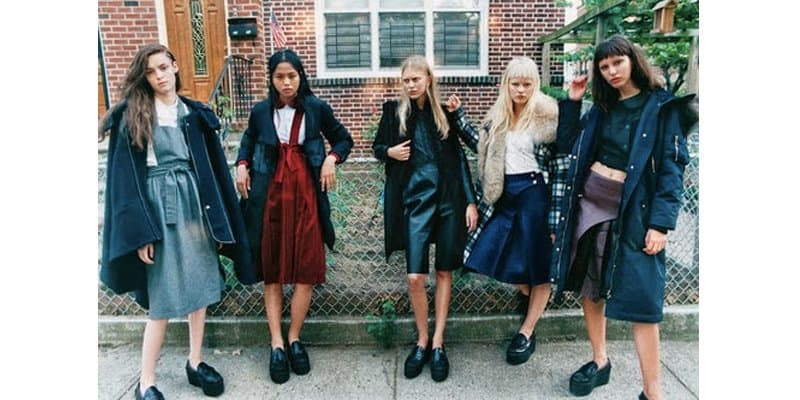 Sukeban literally means ‘female boss’, known for badass all-girl gangs that commit small criminal acts like shoplifting, vandalizing, etc. These gangs first appeared in the sixties. The largest known Sukeban gang is the Kanto Women Delinquent Alliance with 20,000 girls. These girls often follow strict rules within their gangs, and breaking them will result in some form of punishment. They are required to wear pleated skirts that go down to their feet, with custom-embroidered uniform. 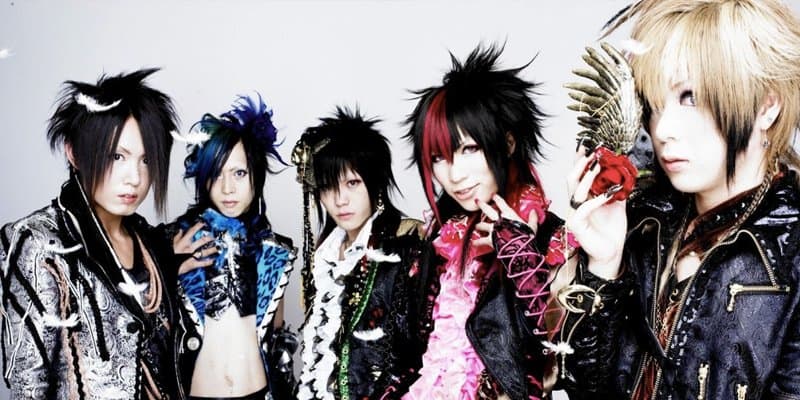 Visual Kei is inspired from J-pop music and fashion. It’s a mishmash between 80s hair metal and costumes inspired from anime, goths, lolitas and vampire — basically throw everything in there. The music is horrible itself; and ‘artists’ make up for it with their outrageous dress. 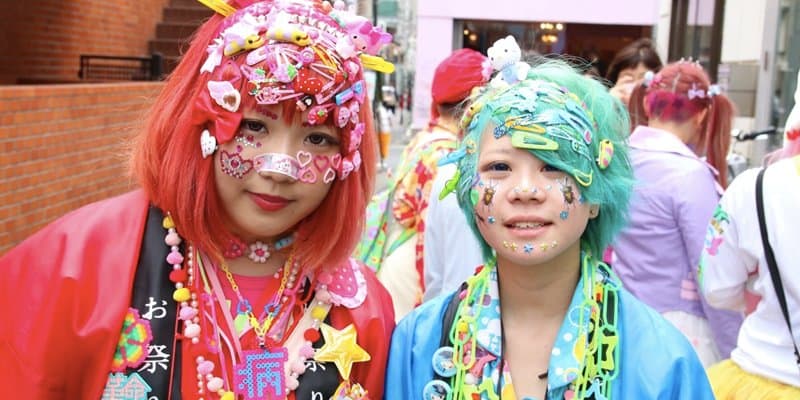 The style caught on after Aki Kobayashi, the cover model of the first FRUiTS magazine issue, was featured and how she shared about her style and that she creates her own accessories. Later on, girls began to make their own eccentric stickers and accessories. 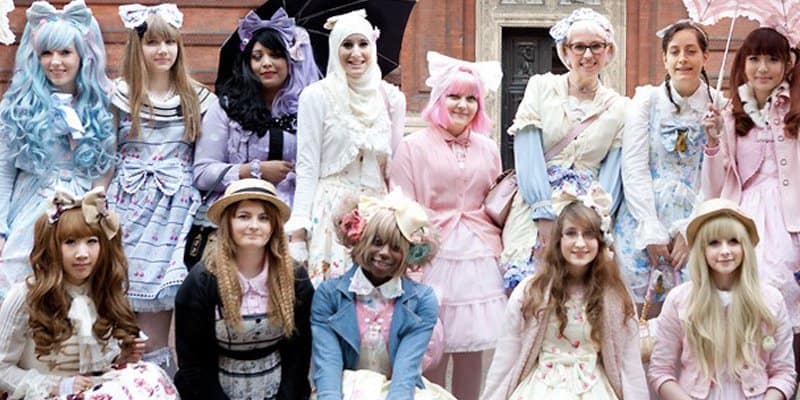 Lolita is one of the biggest and most popular subcultures that has spread around the world. Lolita first came about in the late nineties, and feature late Rococo clothing featuring lots of lace, ribbons, frills and pastels. Popular Lolita accessories include bonnets, horse shoes, petticoats, frilly knee socks and parasols. 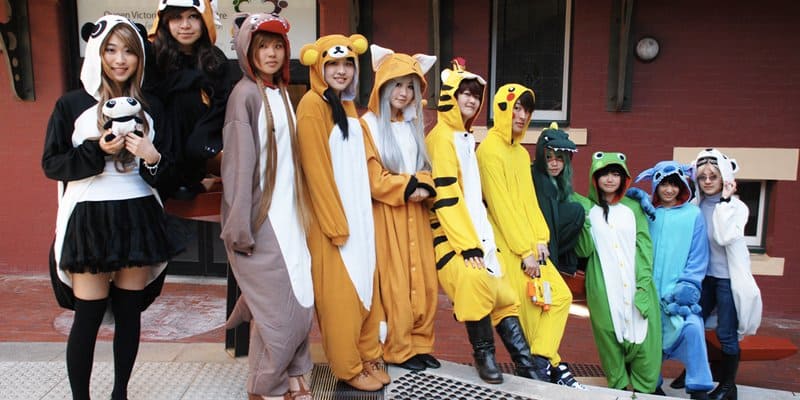 Kigurumi was another strange fashion phenomenon where you see girls hanging out in Shibuya wearing cheap animal costumes you would get in a party store. They would don characters such as Winnie the Pooh, Pikachu, Stitch, Hamtaro, etc., while carrying animal purses and other accessories. 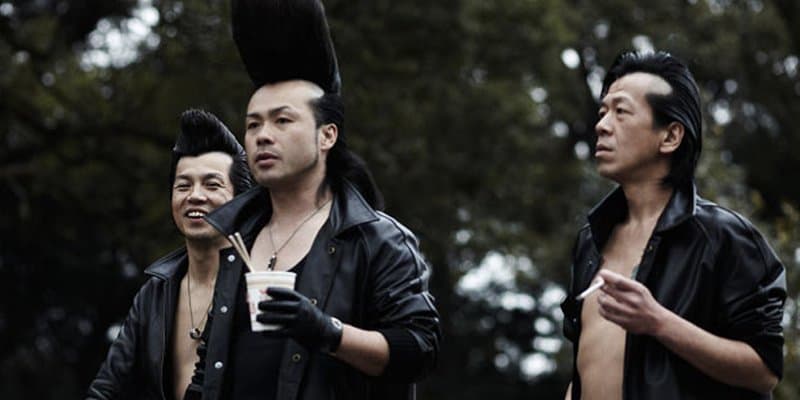 The Rockabilly look was inspired by the ’50s Grease look, and though this fad has been long gone in the United States, the style still persisted in Japan.

Men are seen wearing all black leather with perfectly coiffed pompadour hairstyles, while women wear the classic polka dotted dresses with ribbons on their hair. 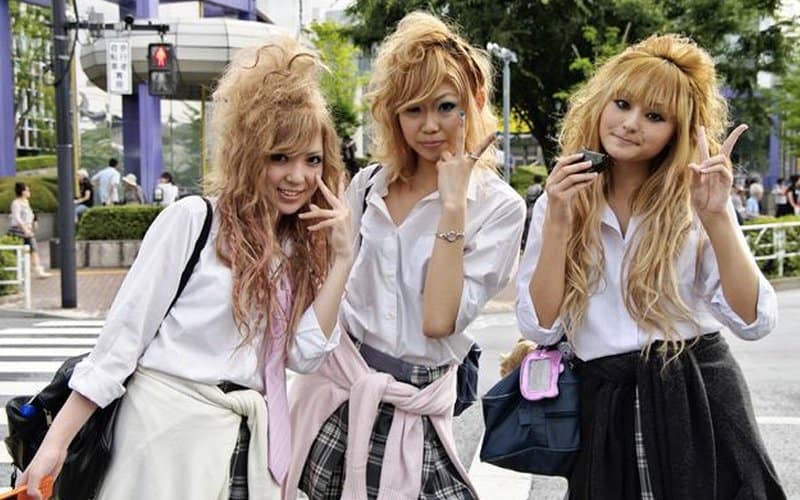 Kogal first came into being in the 90s, when the media described a high school student who made US $4,000 a month for paid dating with older, middle-aged men. The Kogals try to look as young as possible, sporting school uniforms with shortened skirts, loose socks, tanned skin and bleached hair. They usually prefer anything pink, girly and frilly.