While there are a huge range of different cultures spread across the planet that practice a diverse set of ceremonies and religious rituals, many of them share common elements. One of the most prevalent is the rite of passage, a special set of circumstances that adolescents have to go through to progress to adulthood. Throughout human history, such coming of age ceremonies have played a hugely important role in producing fully formed members of society for all kinds of tribes and communities. However, many of them are suited to the environment and culture they are part of, making them seem bizarre and even insane compared to what others in different places have to go through. 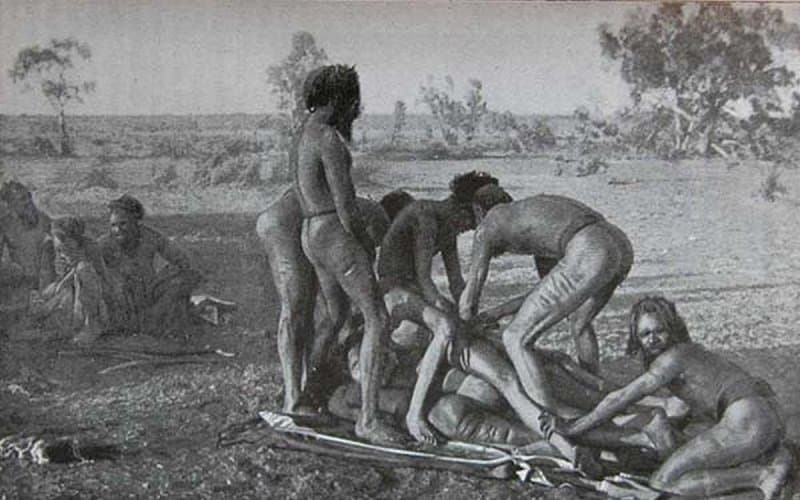 After going through puberty, young boys of the Mardudjara tribe go through a horrific series of different rituals. The first thing they have to do is lay on the floor while elders sit on them and have their foreskin cut off with a sword. Once this wound has healed they are taken to a spiritual site where they have their penis sliced open to the scrotum, allowing the blood to spill onto an open fire. 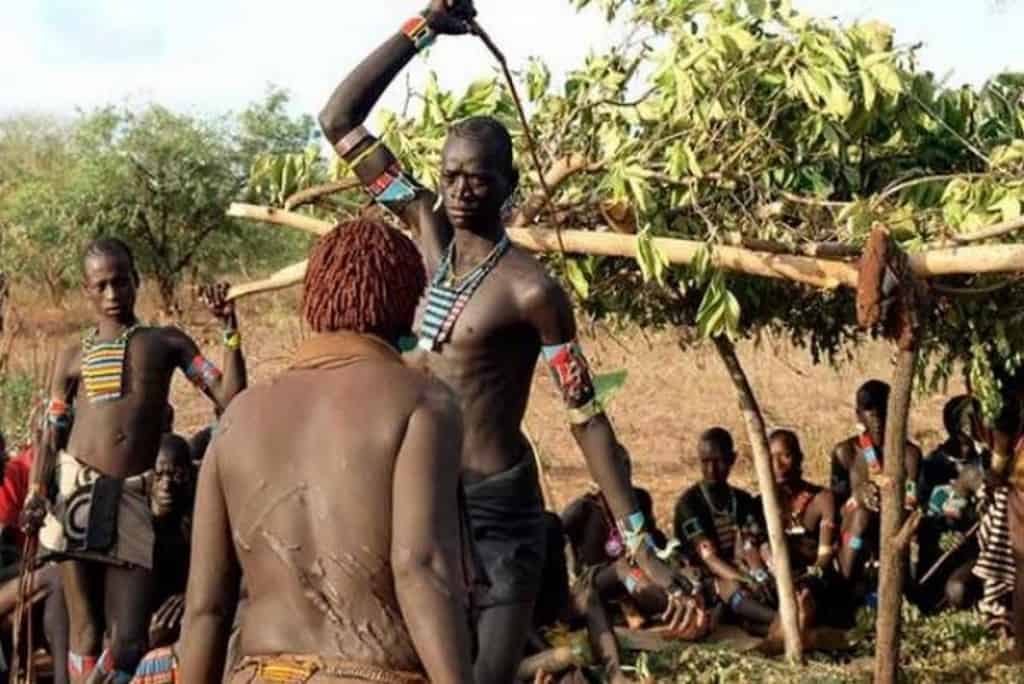 The Fulani are a nomadic people that live around the western portions of Africa. They have one of the most painful ways to introduce young boys to the rigors that they will experience as adults. They compete against each other in a fight, using specially made weapons to hit each other. The crowd then decides who was the better fighter and they become warriors. 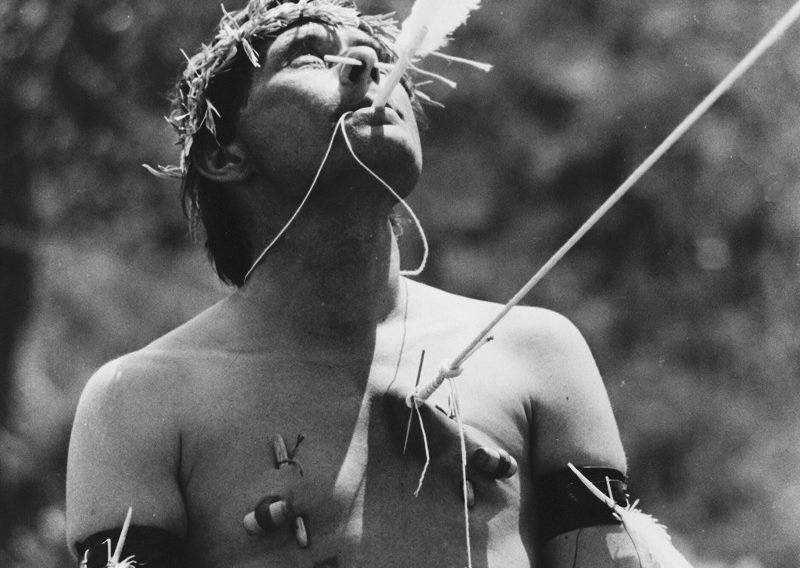 For the adolescent boys of the Mandan Okipa tribe to prove that they are adults and become full warriors, they have to go through a process of starvation and sleep deprivation. They stay awake for five consecutive days without eating any food before they are then skewered through the chest with large spears. Finally, they must awaken and cut their little fingers from their hands as an offering. 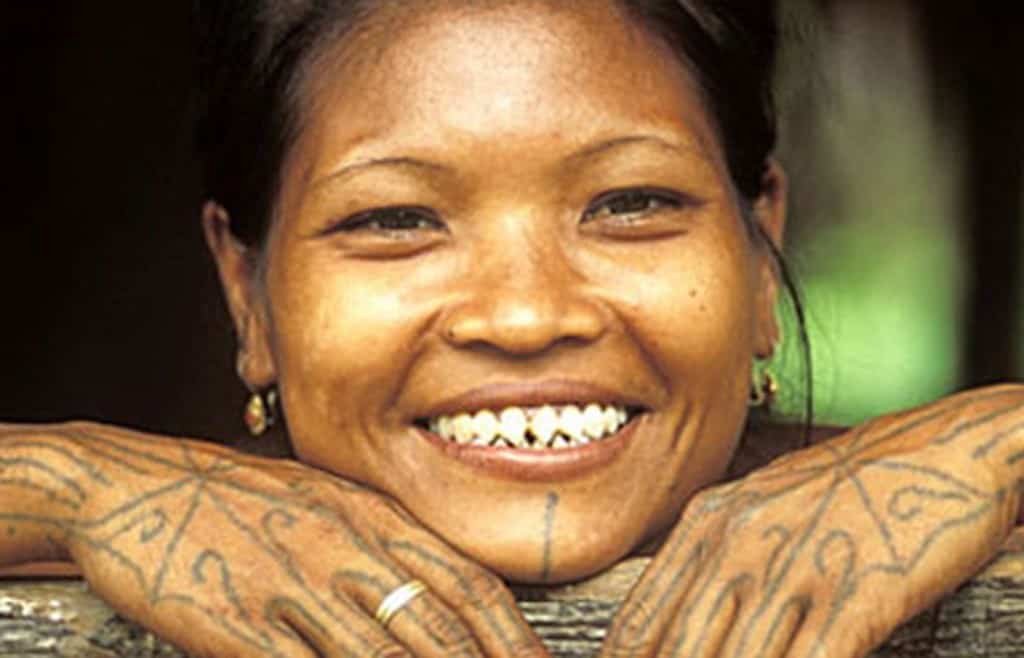 Located in Sumatra, the Mentwawaian people believe that women are most beautiful when they have sharp pointed teeth. This means that when the females of the community reach puberty, they go through a painful process whereby other members use chisels and hammers to shape their teeth. What makes it worse is that no pain relief is used so that the victim is left in intense pain. 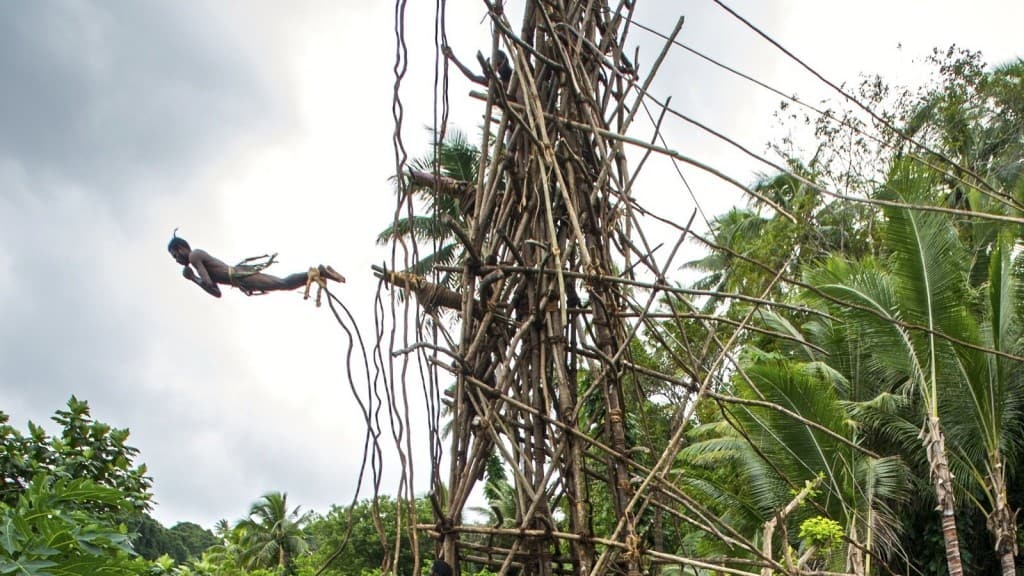 Children in the tribes that populate the pacific island of Vanuatu mark their first foray into adulthood by taking part in an activity that is known as land diving. Aged just 7 or 8 years old, the boys tie vines to their legs and jump from towers that can be as high as 30 meters. The vines are not elastic like bungee ropes, meaning that those who take part risk dislocating or breaking their legs while there is also a strong chance they could smash into the ground. 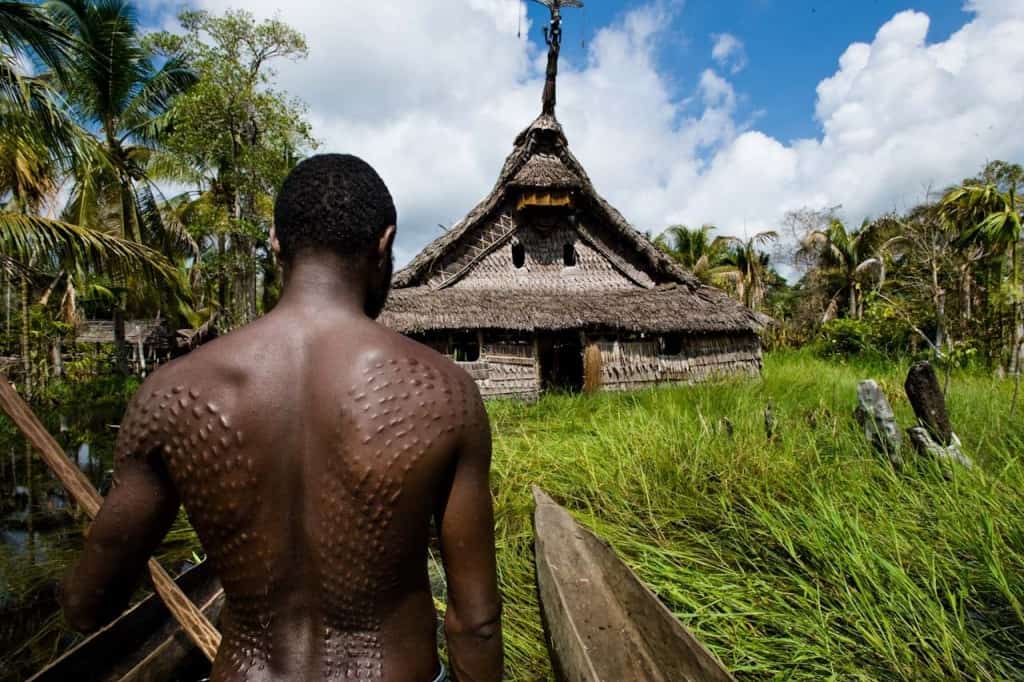 A number of tribes live along the Sepik River in Papua New Guinea and the vast majority of them carry out a strict ritual for those who are old enough to enter adulthood. Other members of the tribe belittle and humiliate those going through the ordeal to try to break them mentally, often for weeks on end. At the end of the process, they then have their skin carved, with patterns drawn on the chest and back. 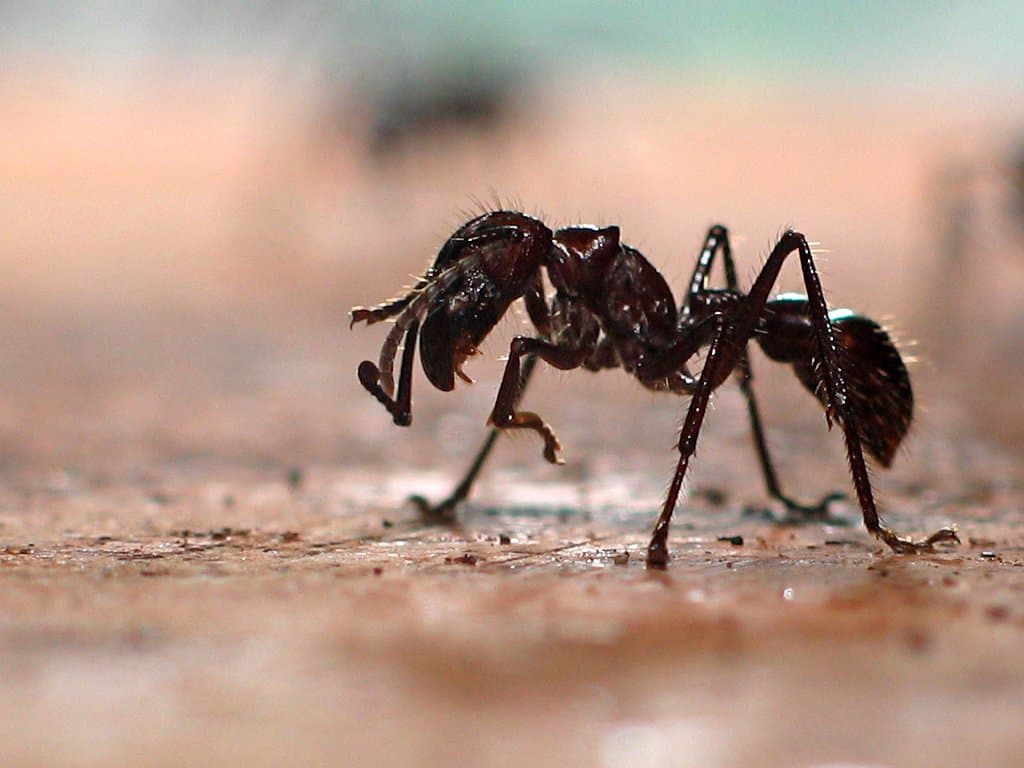 Located in the Amazon rainforest in Brazil, the Satere-Mawe tribe has an incredibly painful rite of passage that they often do more than once during their lifetimes. It involves dipping their hands into gloves that have been laced with bullet ants for 10 minutes. These insects are acknowledged to have the most painful bite in the world as they can last for up to 24 hours and cause convulsions. 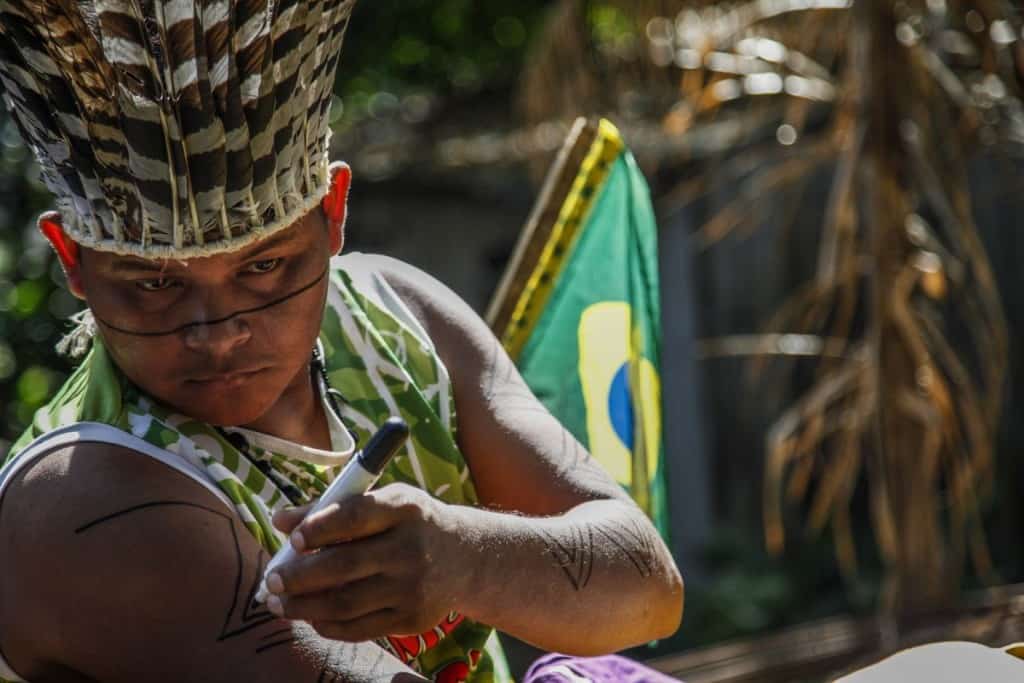 Any teenager who grew up with the Algonquian Indians in Quebec was forced to go through a special ritual that was meant to remove any childhood characteristics so that they could truly become an adult. The children were forced to drink a special concoction known as wysoccan, which has intense hallucinogenic effects and can cause severe memory loss. 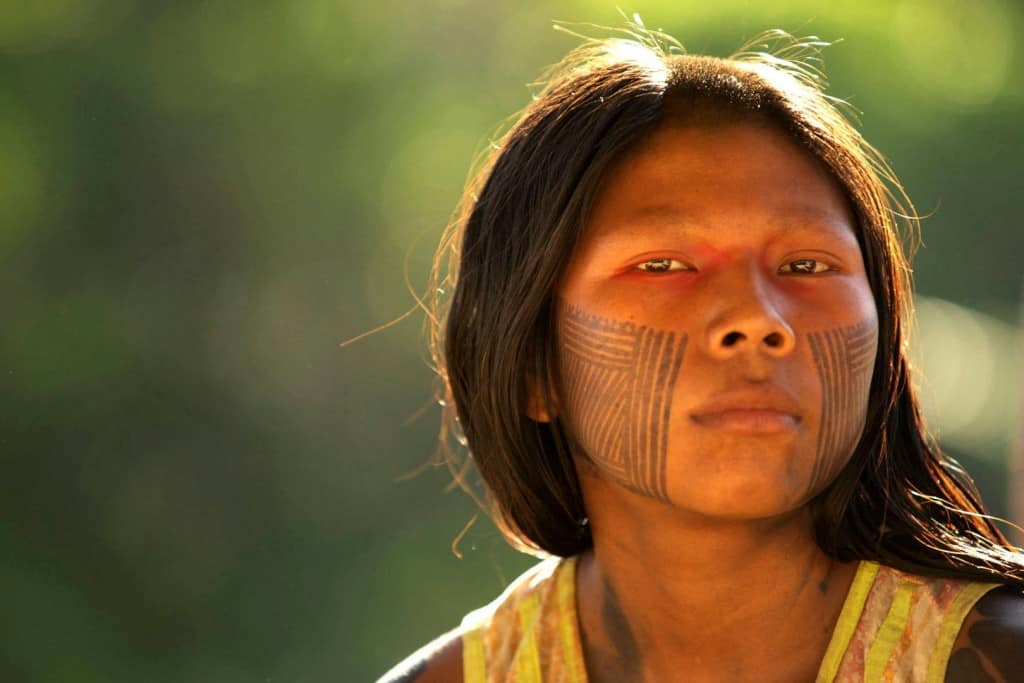 Practiced by the Tukuna tribe that live in the Northwest region of the Amazon rainforest, the Festa das Mocas Novas involves only the females of the community. Once they begin to menstruate, they are taken to a special location that is separated from the rest of the tribe and left alone for up to 12 weeks. In the final days of the initiation, elders wearing masks representing demons attempt to scare the child before she is released into a huge party held in her honor. 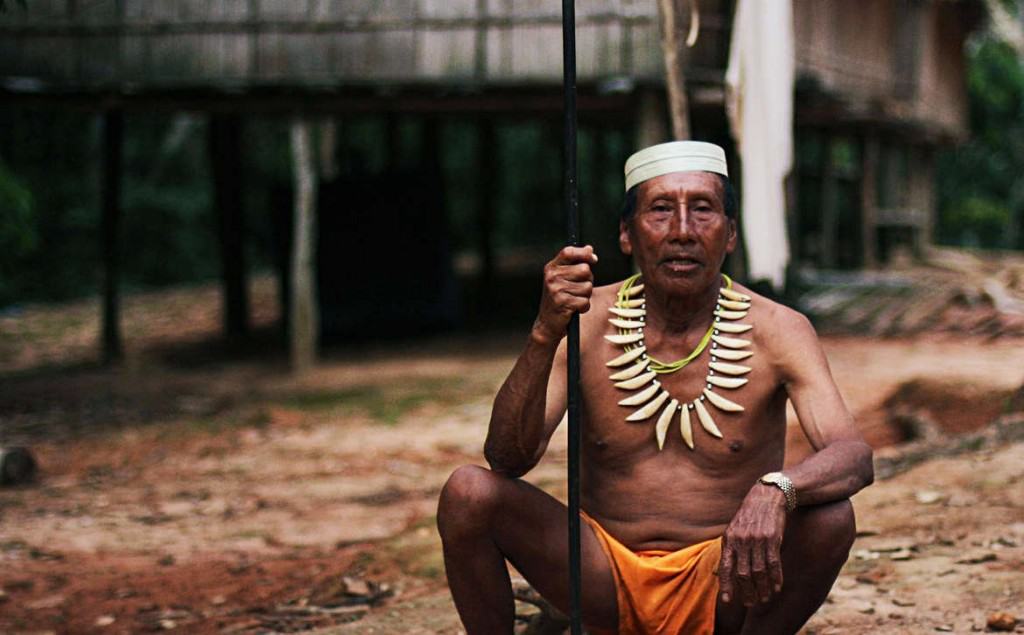 Another community that lives in the Amazon rainforest in Brazil, the Matis tribe forces the males to prove themselves in four different trials. Firstly, they must pour poison into their eyes before enduring a series of beatings and whippings. Their skin is then burnt to open a wound to allow toxin taken from a frog to be injected into the bloodstream, which causes violent vomiting and other side effects.